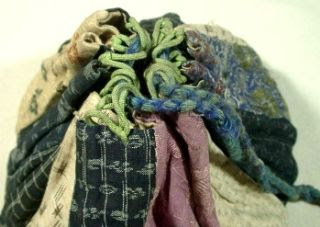 Many traditional Japanese komebukuro (rice bags) or kinchaku (drawstring bags) have a series of cord loops around the top, instead of having a drawstring channel. I have several antique bags in my collection with this kind of finish. These loops are very easy to make, but you do need a good strong cord to make the loops - a fine synthetic chainette or the 'Asian' cord sold for making decorative knotwork is ideal (now available from my online store). 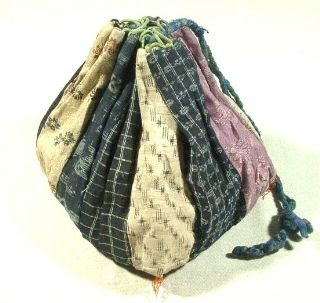 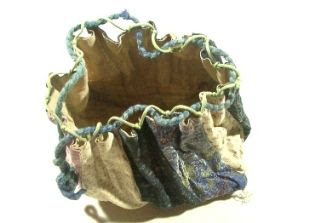 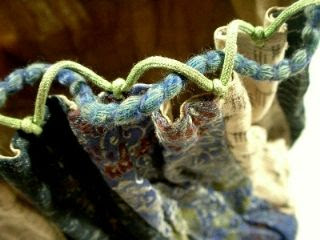 The loops on the antique bag above seem to be knotted, but this is how I like to make them - 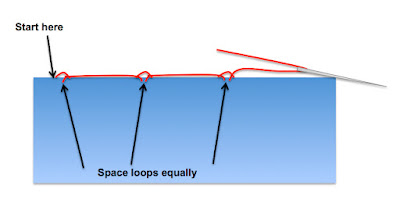 Tie a double knot in the end of the fine cord and thread a large, sharp needle with it.  To start sewing the loops at the top of your bag, take the needle and cord up between the lining and the outer fabric at the top edge of the bag.  Push the needle through the fabric, to come out about 3mm (an eighth of an inch) below the top of the edge on the outside of the bag. Pull the cord through the fabric - it may need a bit of a wiggle!  Stitch back through the top edge of the bag in the centre of the next chirimen strip, from front to back.  Bring the needle back under the long cord loop you have just made(from the back to the front) and stitch through the fabric again, this time from back to front – as if making a blanket stitch, and then a reverse blanket stitch, bring the needle up through the loop you have just stitched and tighten up the stitch.  Make another long loop and continue around the top of your bag.   The loops should lie almost flat along the top edge.  Secure the last loop in place but do not bring the needle through to the right side at the end of the stitch.  Take the remainder of the cord through to in between the bag outer and lining, and secure it with a double knot. 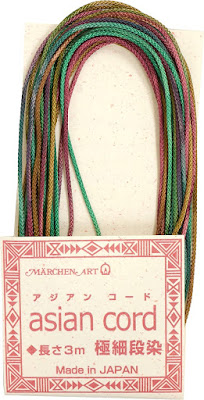 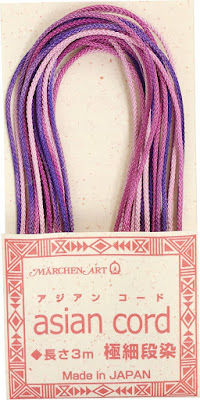