The second workshop at Gresford, on August 5th, had twelve quilters busily making their version of my "Without Hearts or Crosses" quilt top. The design is loosely based on the "Hearts and Crosses" coverlet in the Quilters' Guild's collection, now housed at their new museum in York. I saw the coverlet when it was on display for one day at the Guild's AGM in Eastbourne a few years ago (was that 2005?) but there was no photography allowed. The quick sketch I made served as the starting point for my patchwork. When I saw the original coverlet again in a Quilt Mania's Tokyo Dome Quilt Show 2006 (?) special edition, I was suprised how differently mine had turned out! I kept the striking diagonal strips in the design, but removed almost everything else. Here's mine - 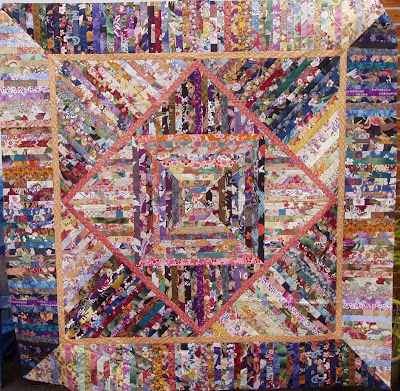 This is the first time I've taught this workshop and I was aiming for everyone to complete the quilt centre, within the pink diagonal outline (which they did), while several quilters made a good start on the outer triangles and the border section too! The finished width strip in my original is 1in wide but the design also works with Moda Jelly Rolls, 2 1/2 in wide. Everyone precut their strips, so that saved time, and we could begin by arranging strips for sewing. 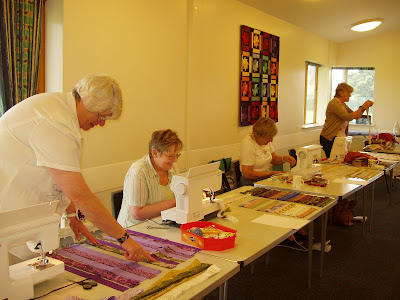 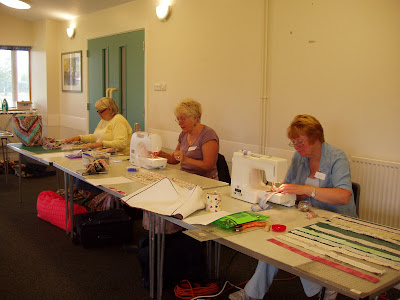 The Green Room at Gresford Memorial Hall is ideal for quilt workshops. 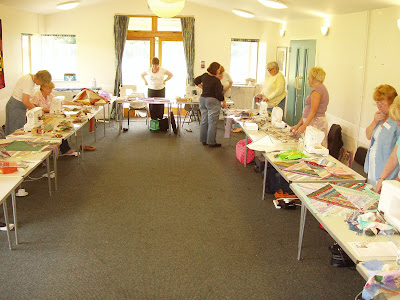 My original quilt has a variety of oriental fabrics, mostly Kona Bay prints, for a scrappy look. Some quilters chose to have a similar effect. 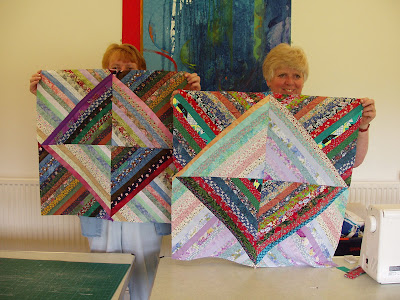 These tops are made from Liberty Tana Lawn - the one on the right in the second photo is made from batiks. 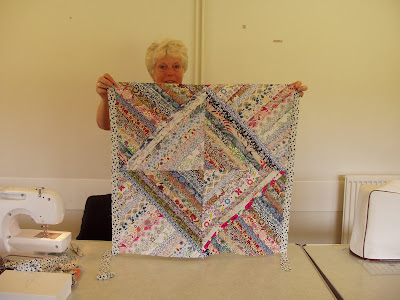 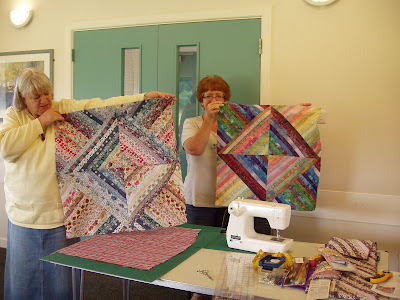 An ultra colour coordinated look is another possibility that works well - this panel will be completed with more purples, shading from light through to dark in the borders - 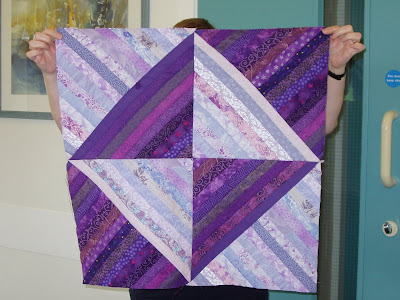 - and this one shades through complimentary colours, from brick red to green. 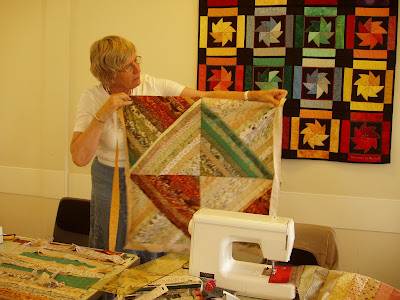 Using wider Moda Jelly Roll strips gives a different look, and makes it quicker to do, with only 50% of the total seams. Because the fabric print is more visible, it pays to be coordinated for this wider strip design. 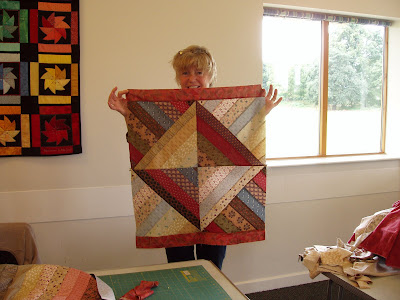 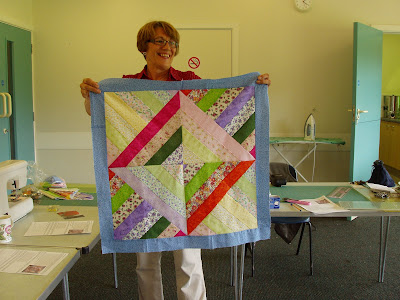 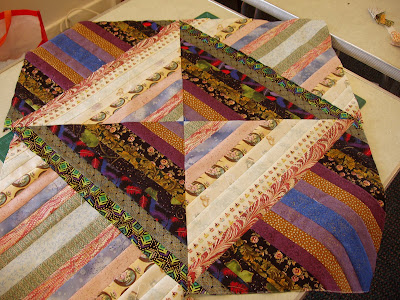 I'll be adding this workshop to my main workshop list, so if you would like to give it a try, contact me.
Posted by Susan Briscoe at 17:02