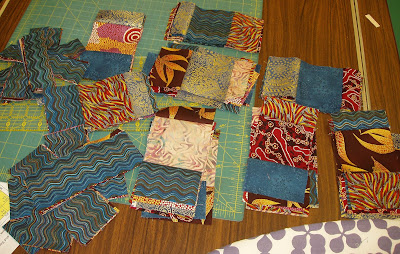 Here's some of the fabulous colour schemes created by Tweeddale Quilters at our workshop near Peebles last Wednesday.  I think we had the highest ever proportion of the random version of Japanese Circles and Squares created in this workshop, as so many of the fabrics lent themselves to that arrangement.  The fabrics above are all Australian (I think I recognised one designed by Lisa at Chandler's Cottage) and included native Australian designs and lavish gold prints featuring Aussie flowers, all tied together with that wonderful turquoise wave print.

Two collections featuring a lot of Japanese prints made very different blocks, although several fabrics were similar.  The first included an African wax batik (with the bright green and yellow ochre bands) which had a repeated brown stripe that reminded me of the window bars on traditional Japanese townhouses.  African fabrics often work so well with Japanese prints.  In the second combination, the minimalist pink polkadot print has turned out to be the most dominant fabric.  It looks like a summer kimono fabric I have.  The striped floral print on cream gives the blocks a fresh look, rather 1920s. 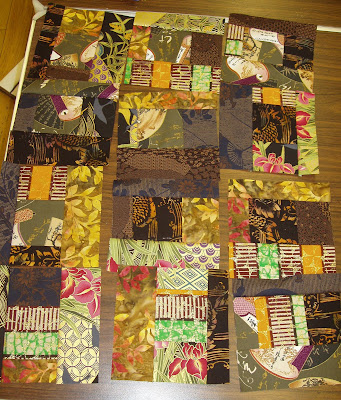 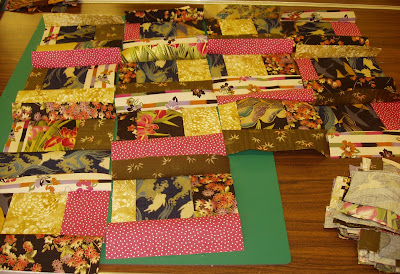 Batiks and abstract fabrics are always good choices.  The first set below shows the right angle strip arrangement I tried out on the turquoise & purple workshop sample.  The bright green batik makes these blocks pop, while the intense blue in the random set below looks very intense. 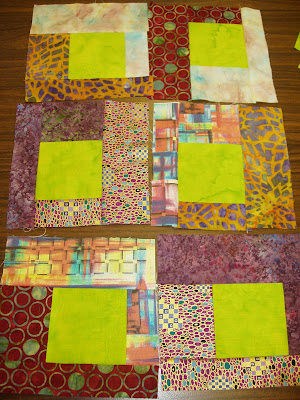 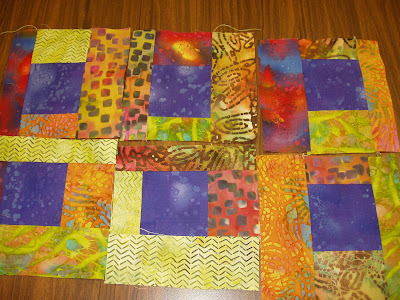 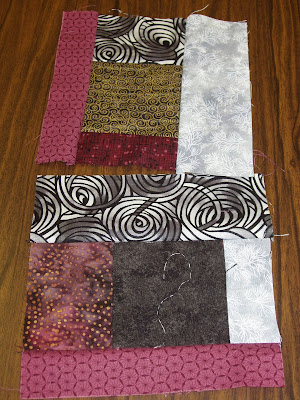 There were several sets of the original JC&S blocks, where all the outer fabrics match.  These will make lovely, coordinated patchworks - each fabric will be evenly distributed across the quilt.  The second set was coordinated around the horse print (a Laurel Burch design), which will be used for the circles - or perhaps ovals. 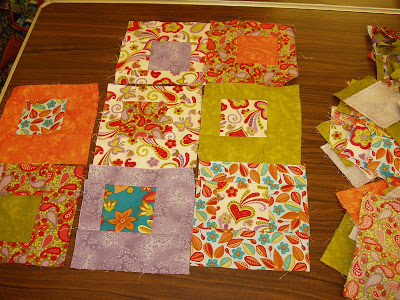 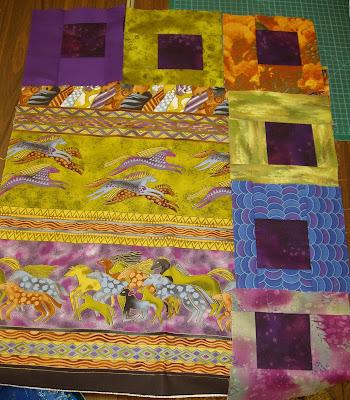 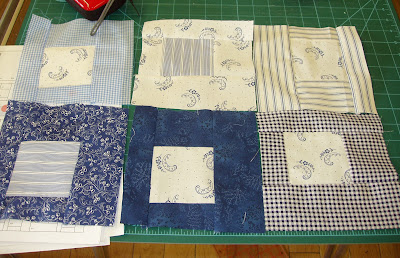 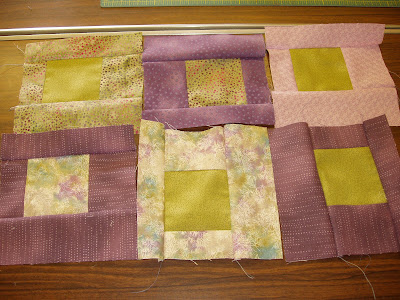 Hopefully I'll see some of the finished quilts when I'm at the Scottish Quilt Championships in September?
Posted by Susan Briscoe at 21:04

Sorry I couldn't make it to hear you speak in person! But I'm looking forward to seeing all those finished quilts!