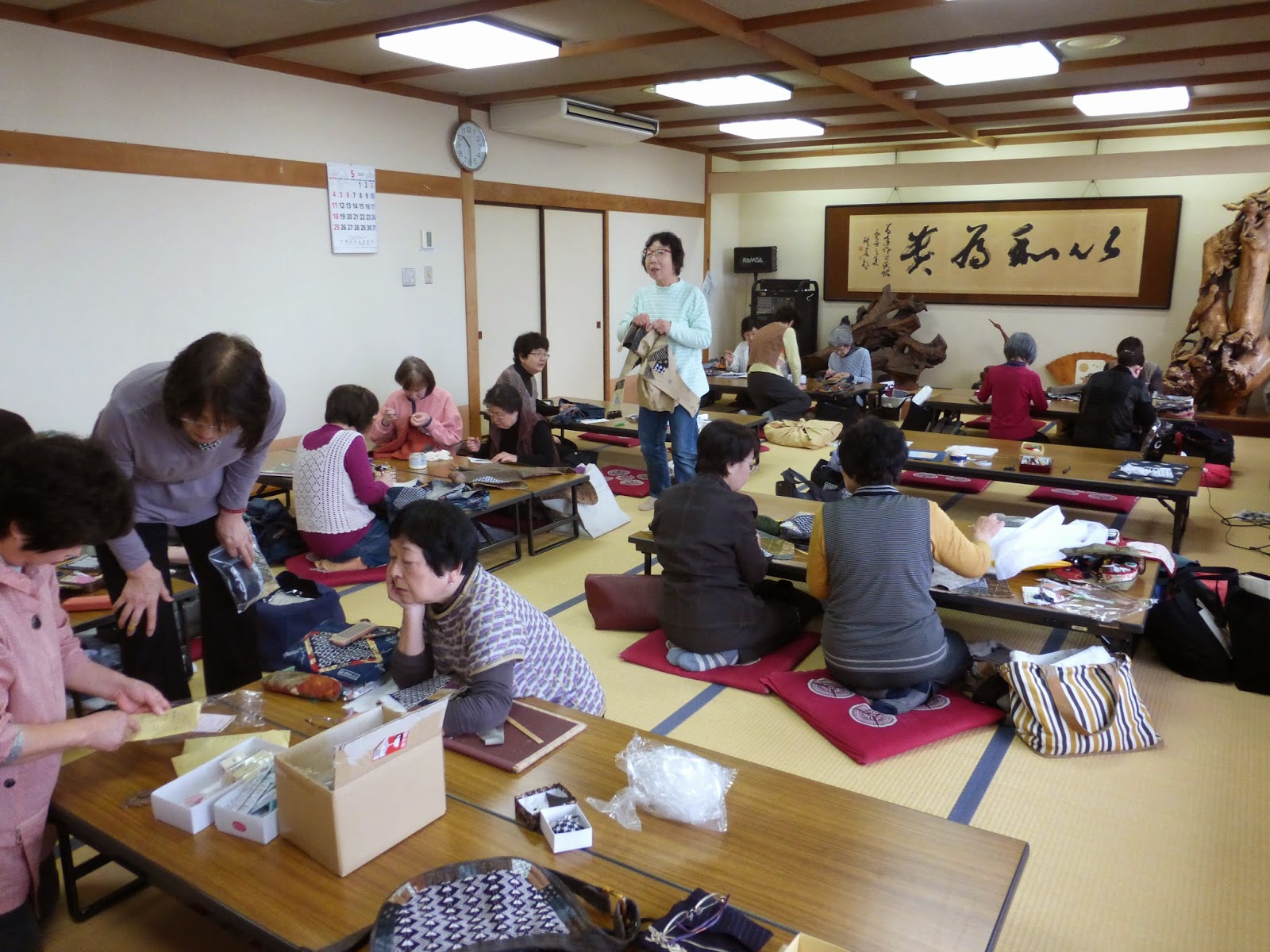 We went to Yuza as early as we could on Friday morning, because we didn't want to miss Yuza Sashiko Guild's meeting but on the other hand we didn't want to 'loose' our last evening with Hiroko and Kazutoshi.  So we started from Yamagata on the 7.01 a.m. Tsubasa Shinkansen, changed to a local train at Shinjo, changing again at Amarume (different platform, no lift) and again at Sakata (lift!) arriving in Yuza at 11 a.m.  Hiroko packed us a delicious home cooked bento box for breakfast on the train. 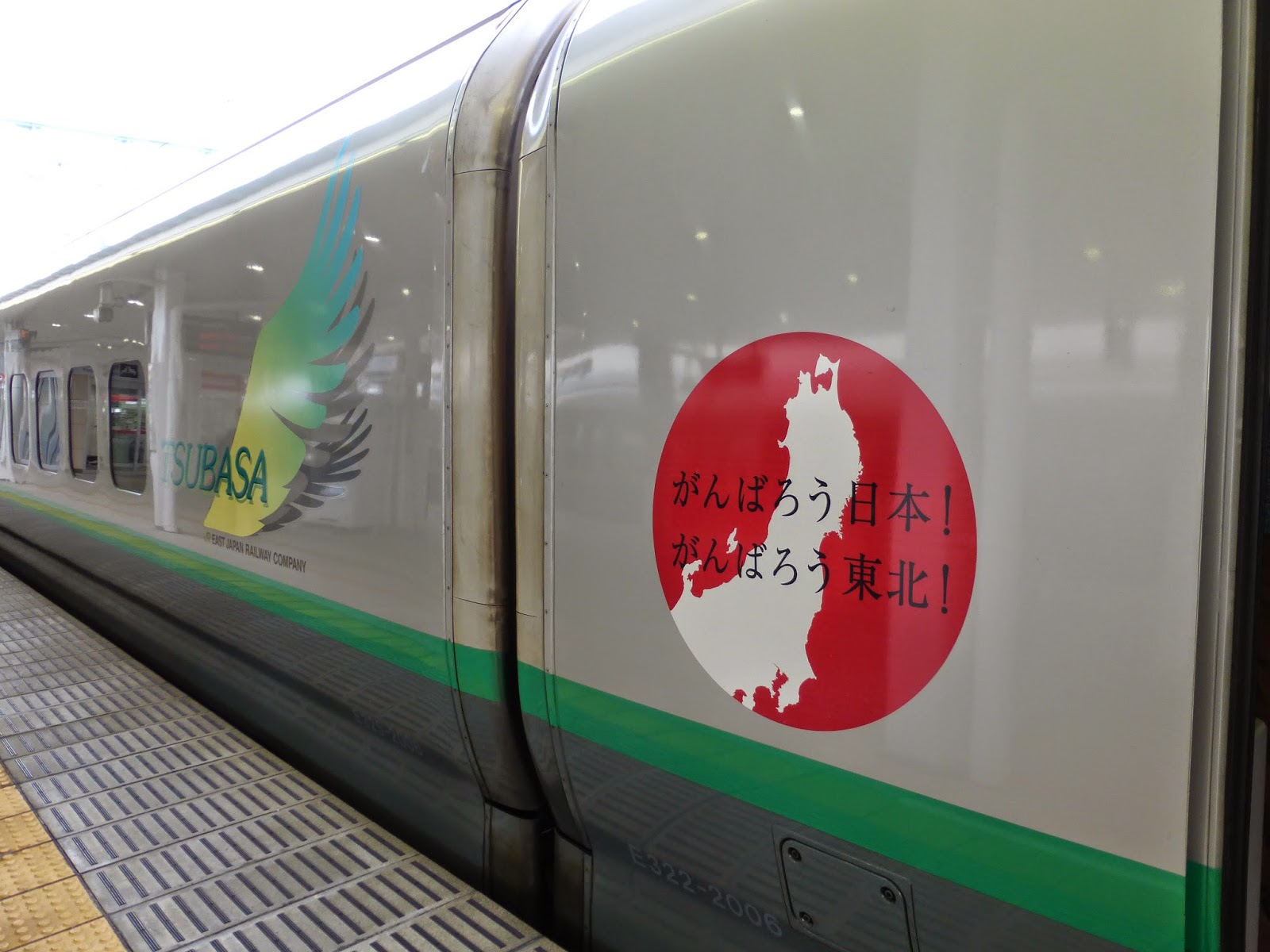 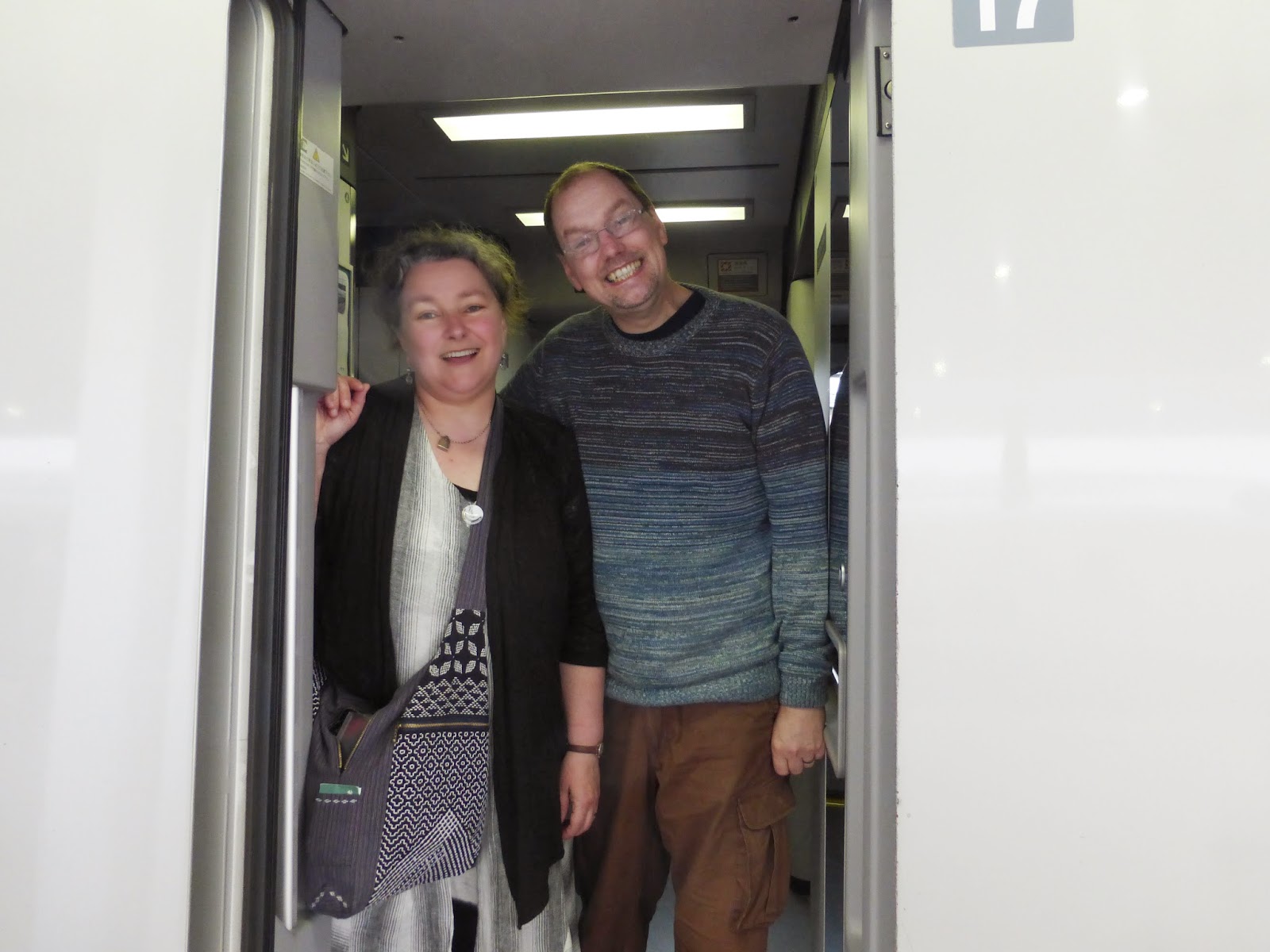 It looks like it is the 100th anniversary of that line alongside the Mogami river. 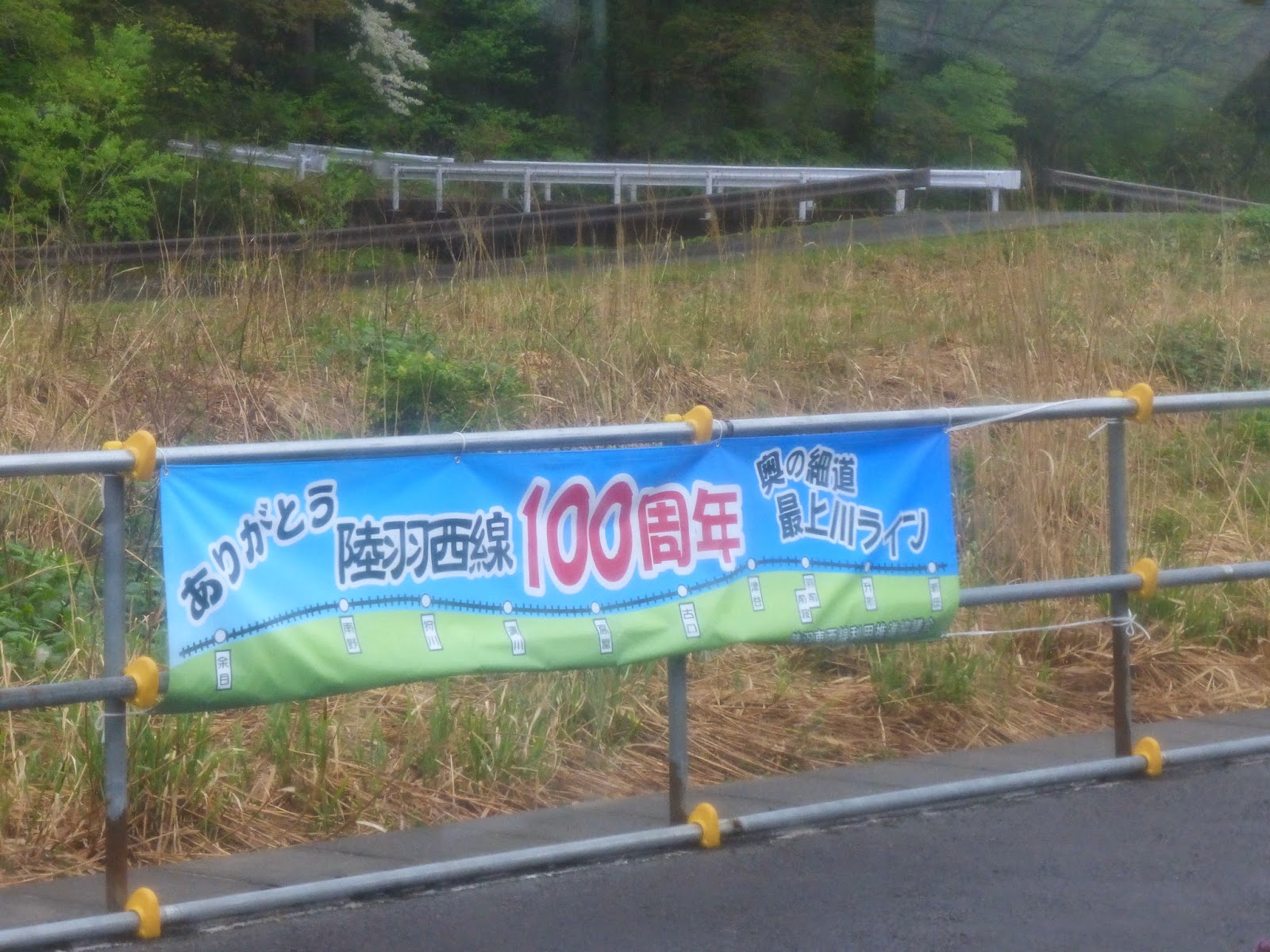 We had a few parcels to send before we left! 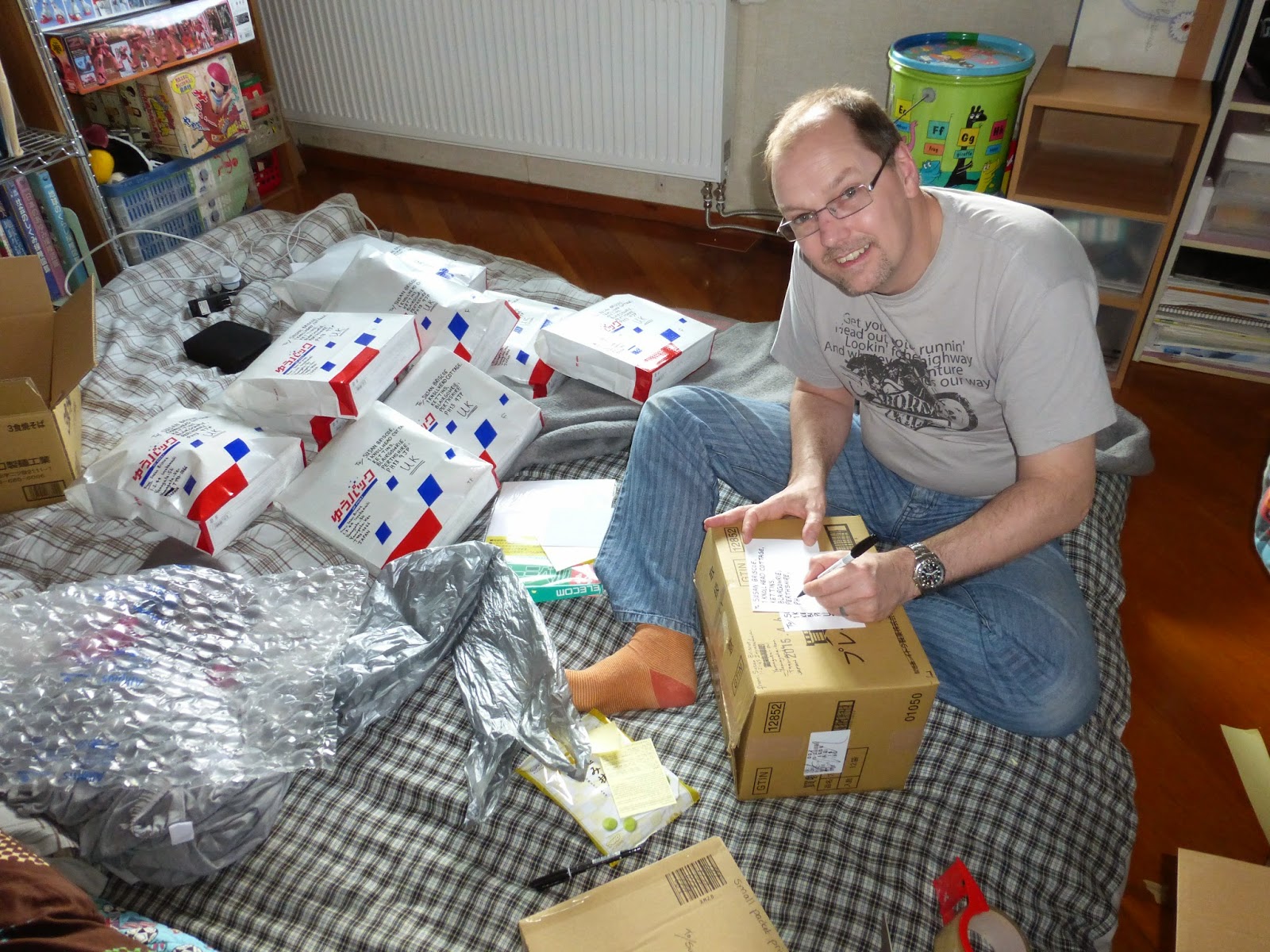 I'm glad we managed to get to the second hour of the sashiko meeting, as we saw some great new works in progress - 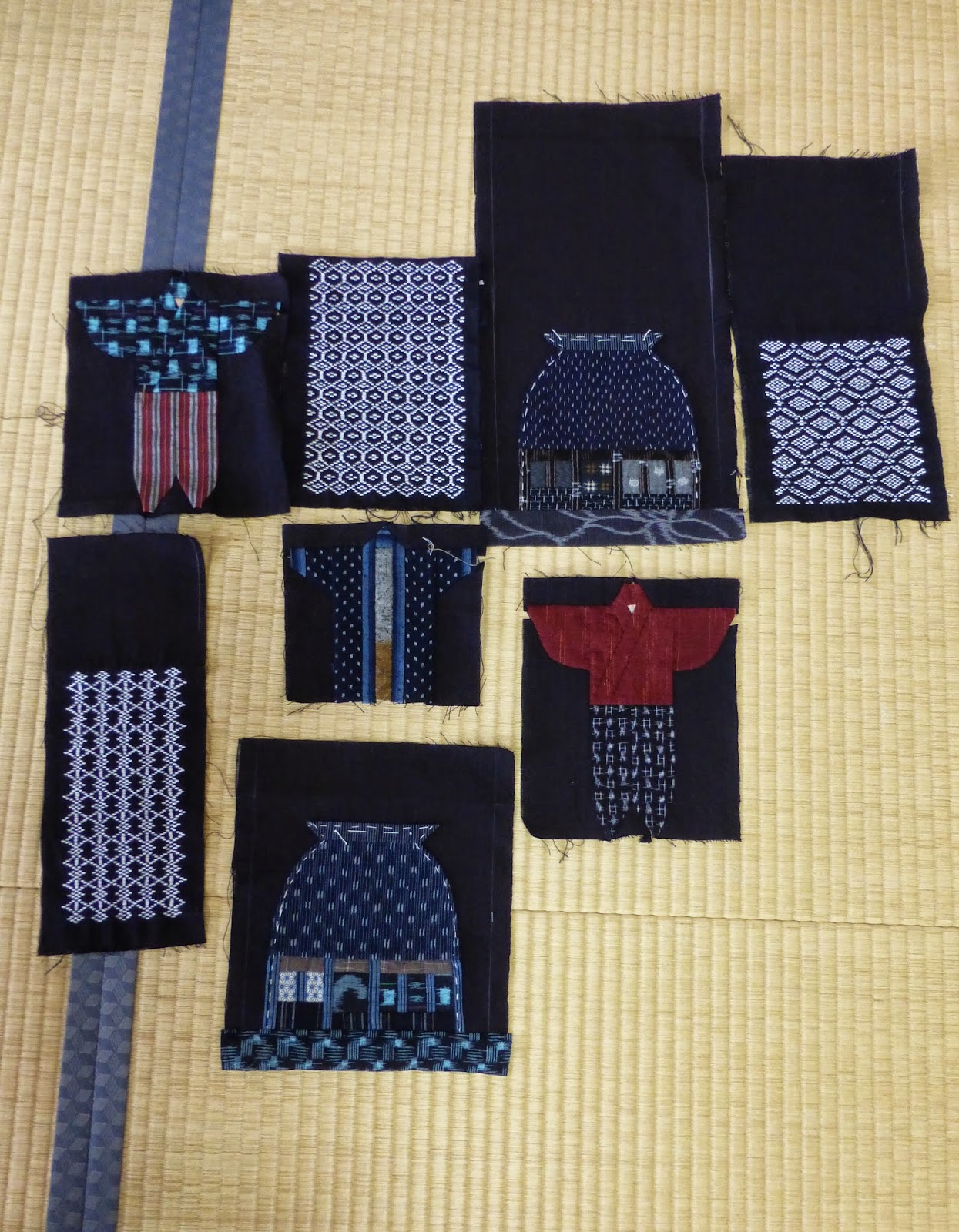 This design for a bag uses a motif adapted from Lilian Hedley's North Country quilting lesson attended by Yuza Sashiko Guild in Harrogate in 2010. 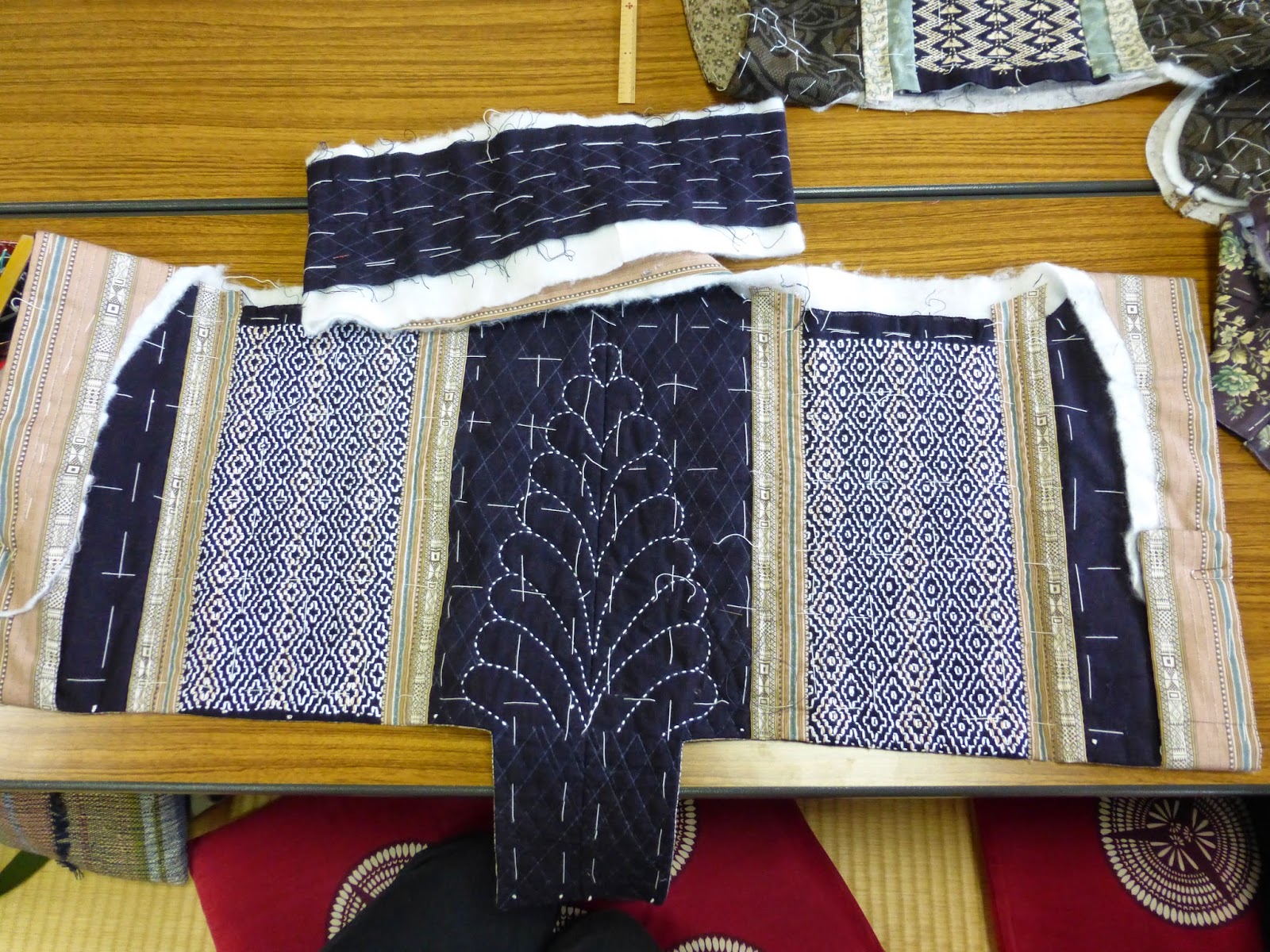 This wonderful sashiko sampler is on a theme of 'itomaki' (thread bobbins and cards), by Keiko Abe. 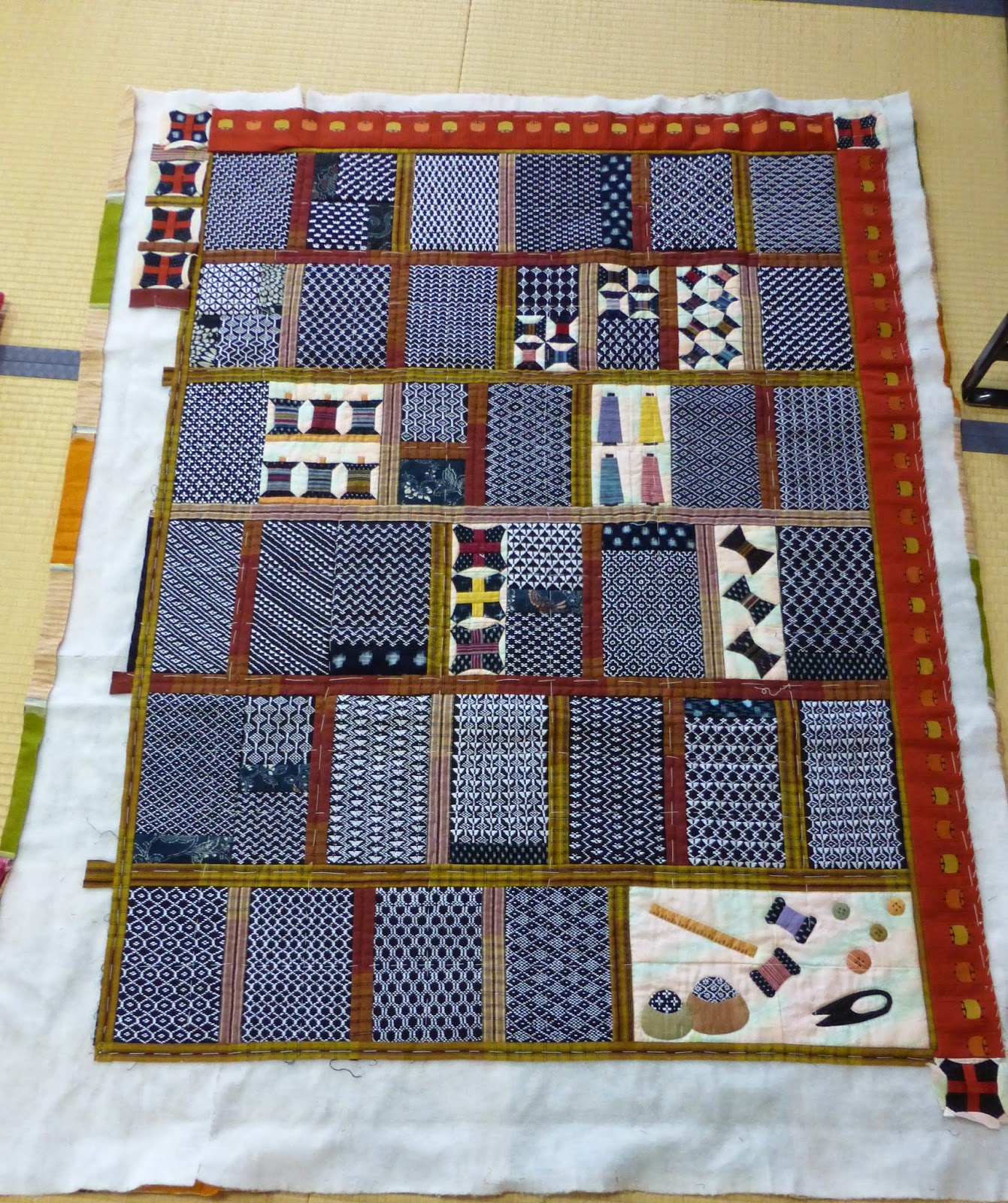 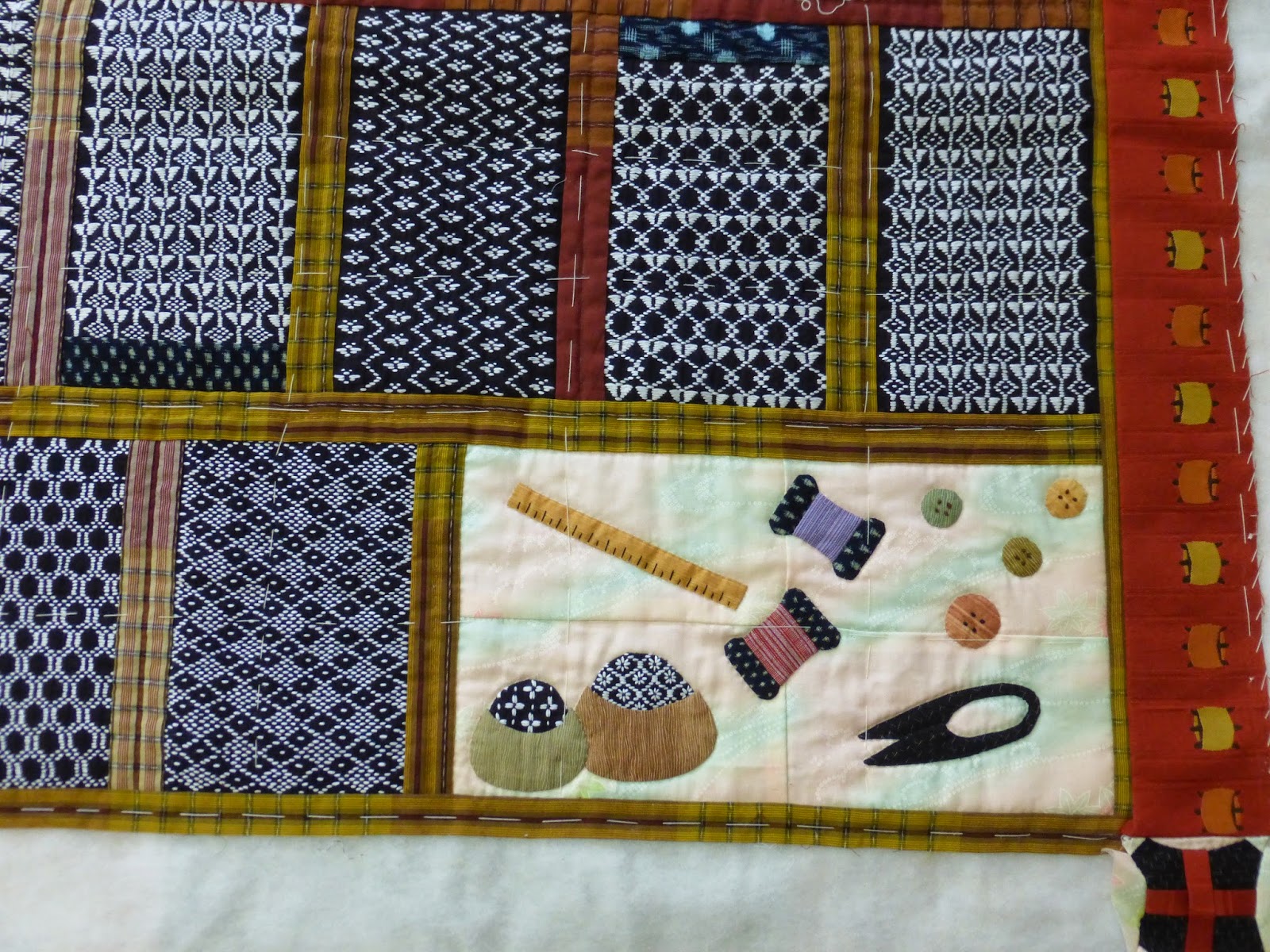 Here's a purse made with threads and fabrics from Images of Egypt (my present to the group). 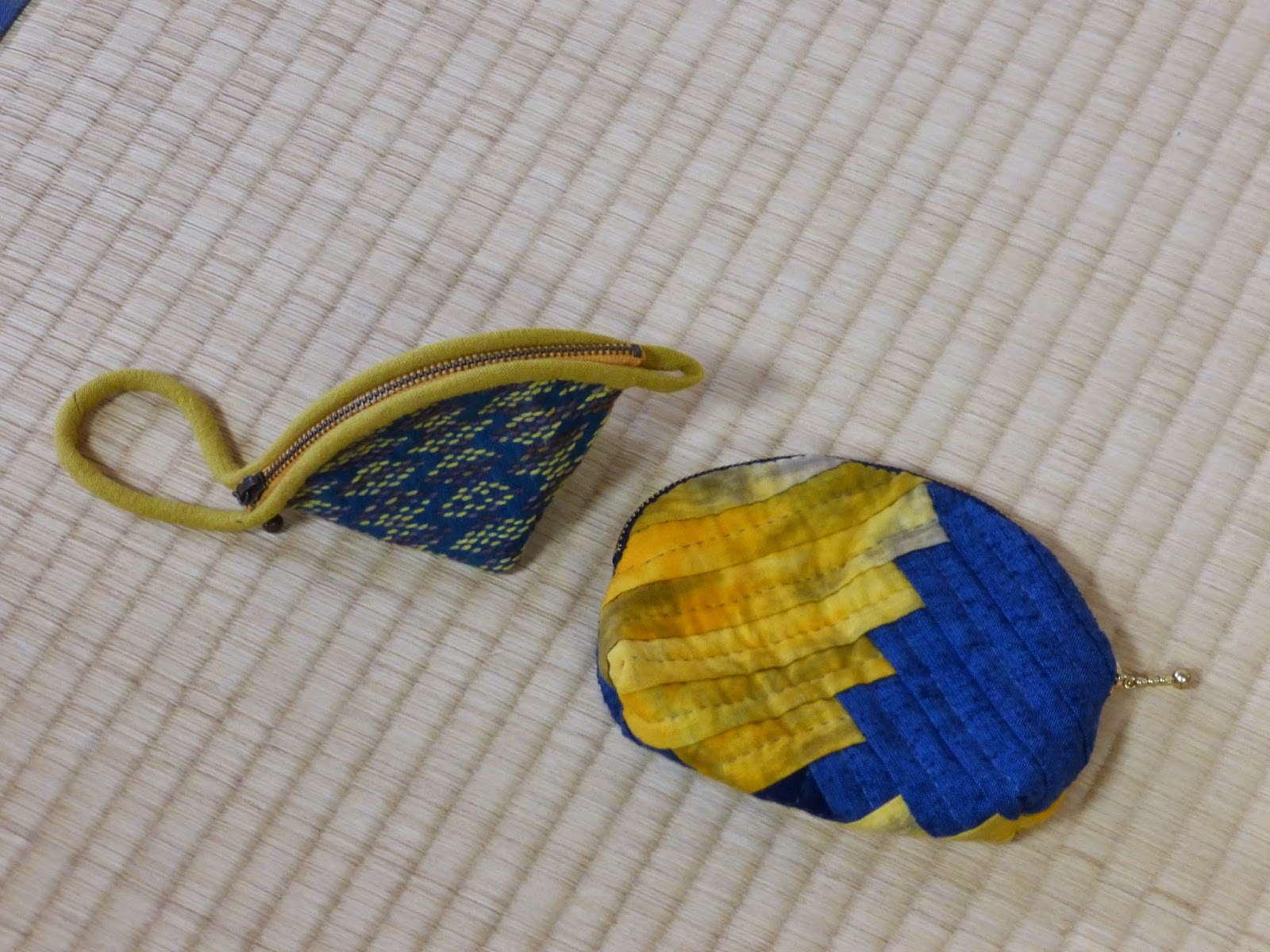 This purse panel is one of Reiko Domon's designs.  It is a very clever purse, with lots of pockets - when it is finished.  I'd like to make one. 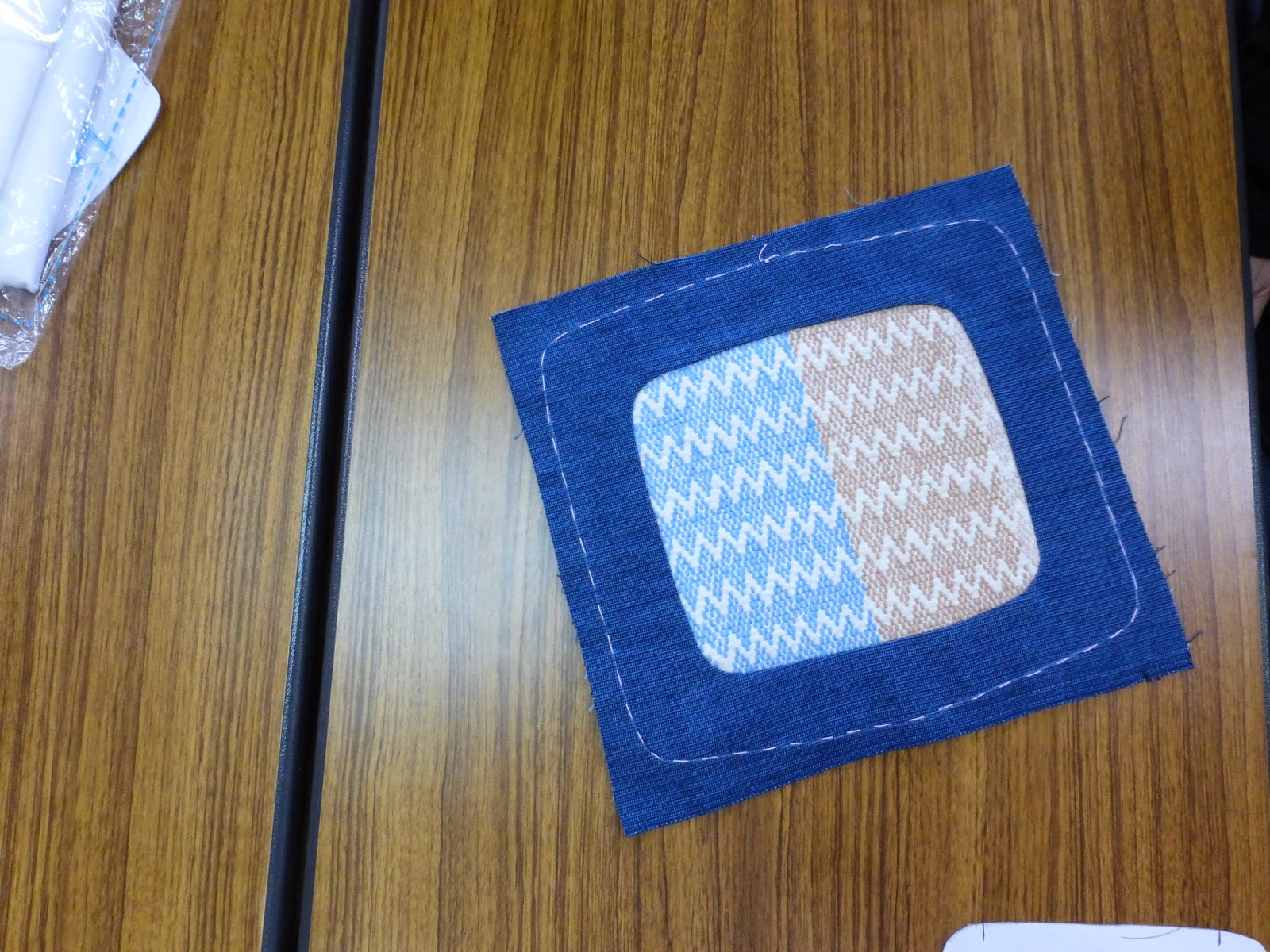 There were quite a lot of waistcoats on the go too.  Glyn liked this design very much - maybe he'll have to try one as his first sashiko project! These aren't the sashiko pieces we'll be showing at Loch Lomond in a couple of week's time - I'll post some photos later perhaps.  Reiko Domon has just shown me another lovely quilt we're going to include, another with a kimono design, in similar kasuri fabrics to the waistcoat above.  We have some wonderful quilts to show at Loch Lomond.