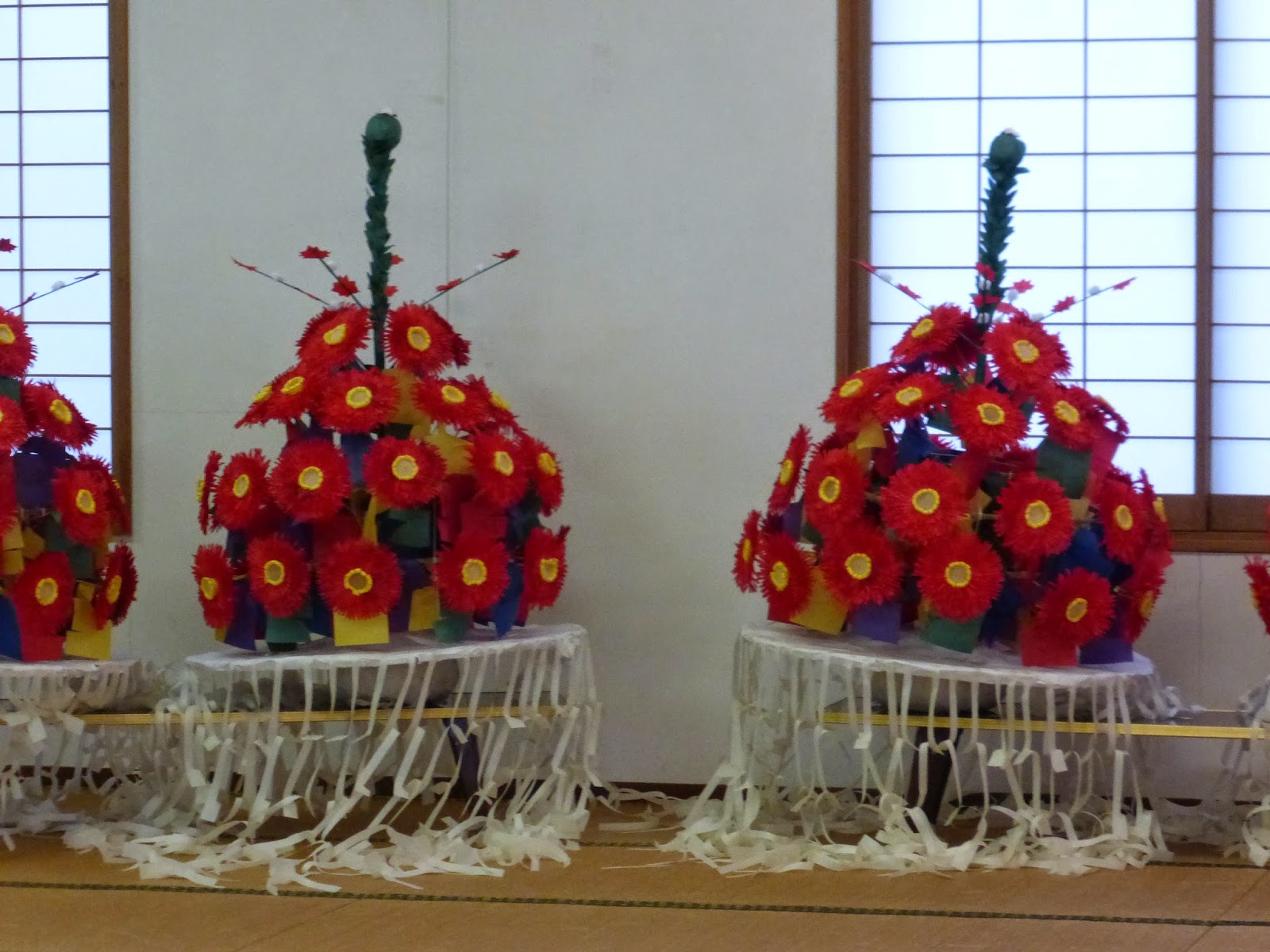 We saw the Hanagasa Mai at Fukura, a village suburb of Yuza, on May 4th and 5th.  The night before the festival, the flower hats were displayed in a hall at the shrine. 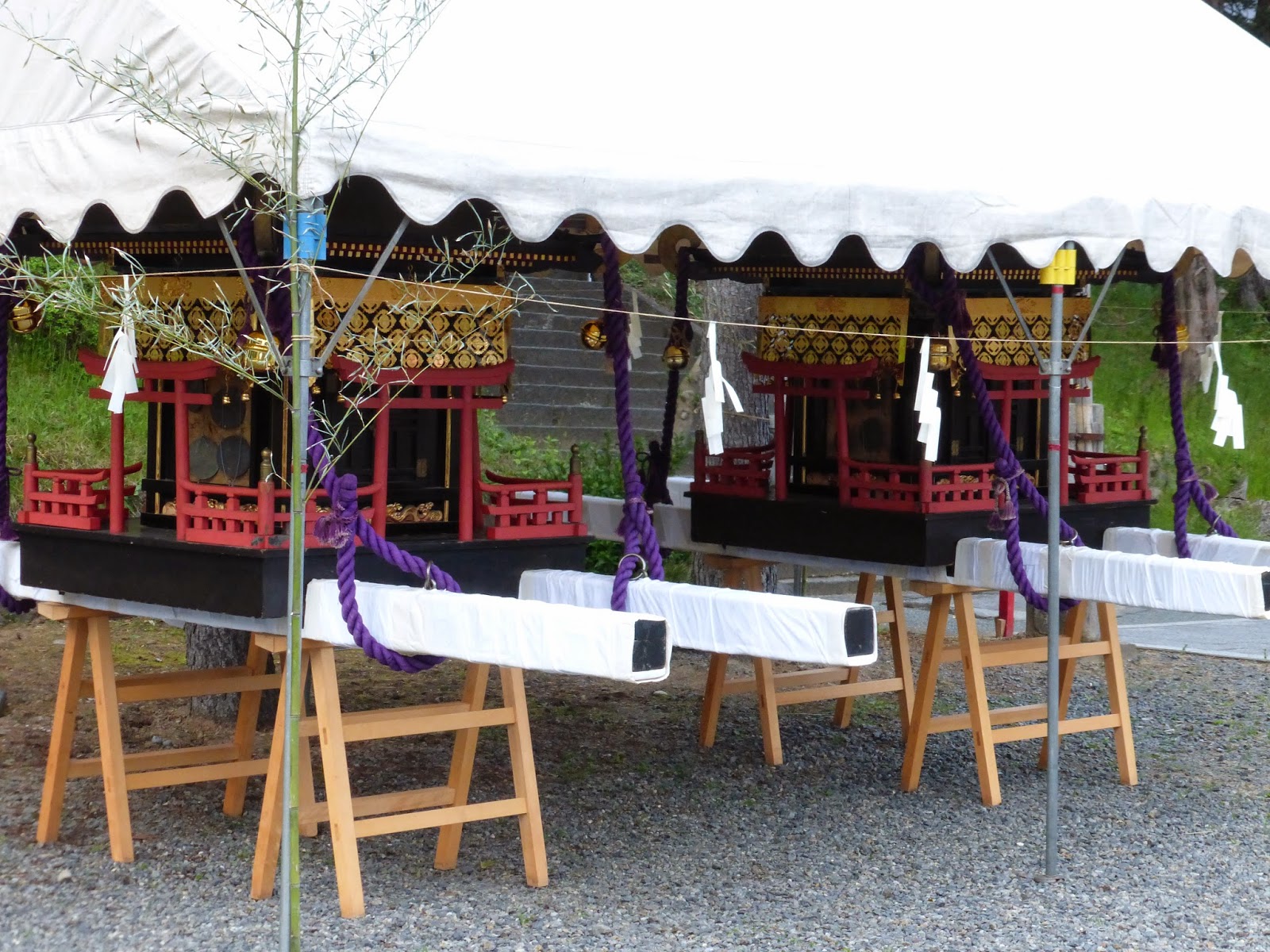 The O-mikoshi were prepared and ready for the following day too. 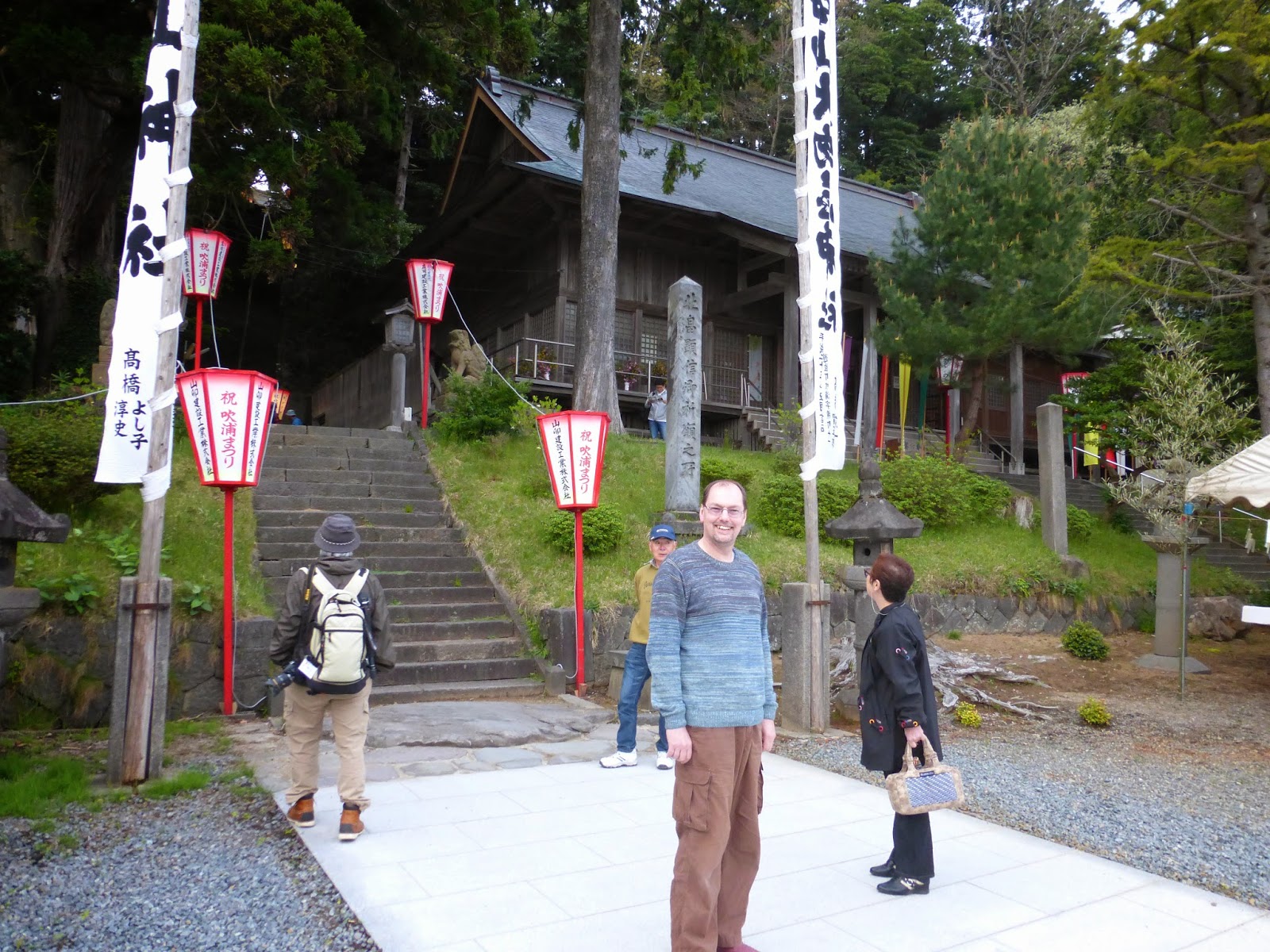 We climbed the steps from the main shrine area at the foot of the hill, where the Hanagasa Mai would be danced tomorrow, to the middle part of the shrine to watch the final practice.  The Shinto priest's robes are based on Heian era courtier's clothing. 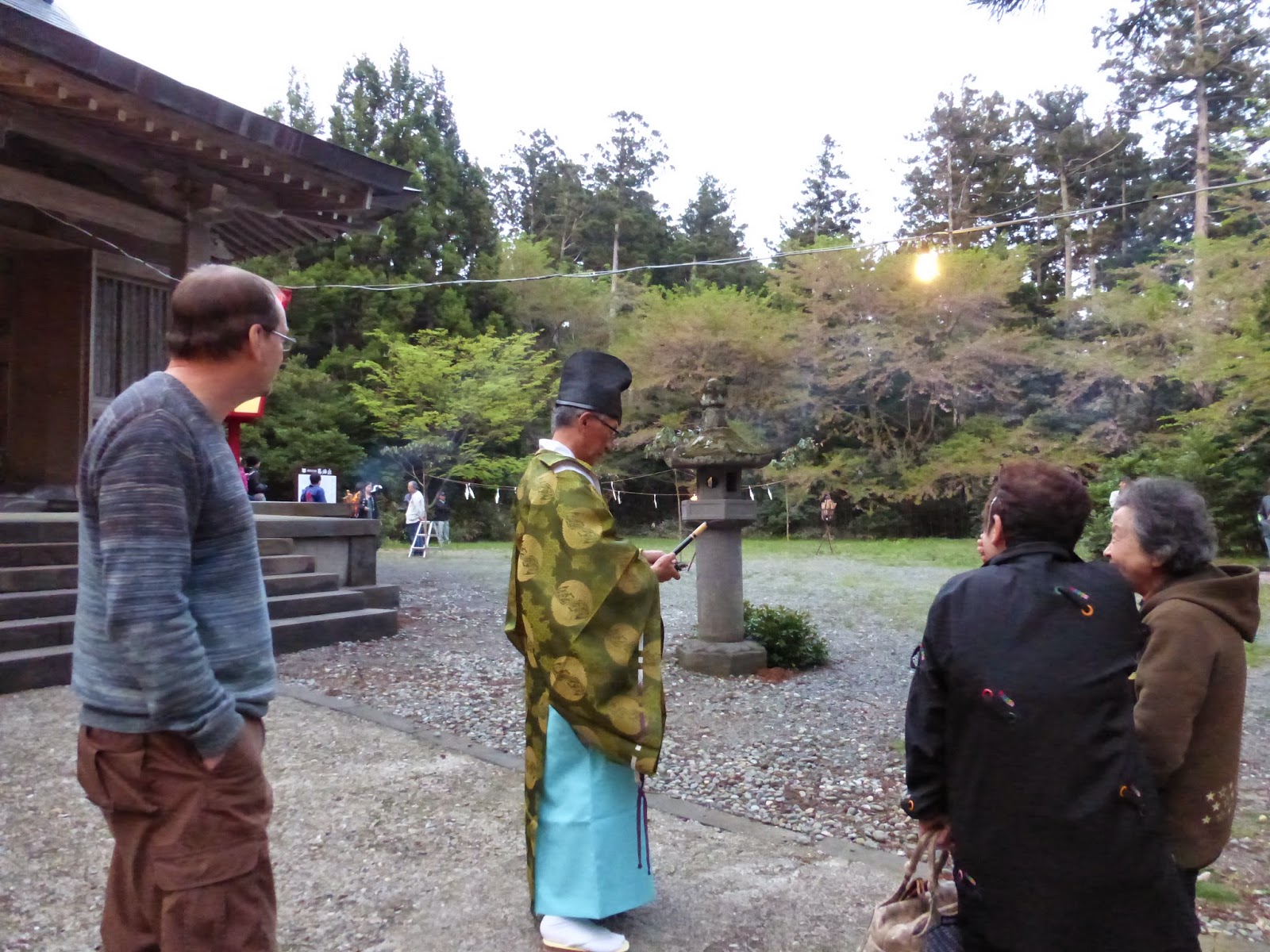 The ceremonial lance used to cut the ropes around the dancing area (ropes and streamers show a space is sacred). 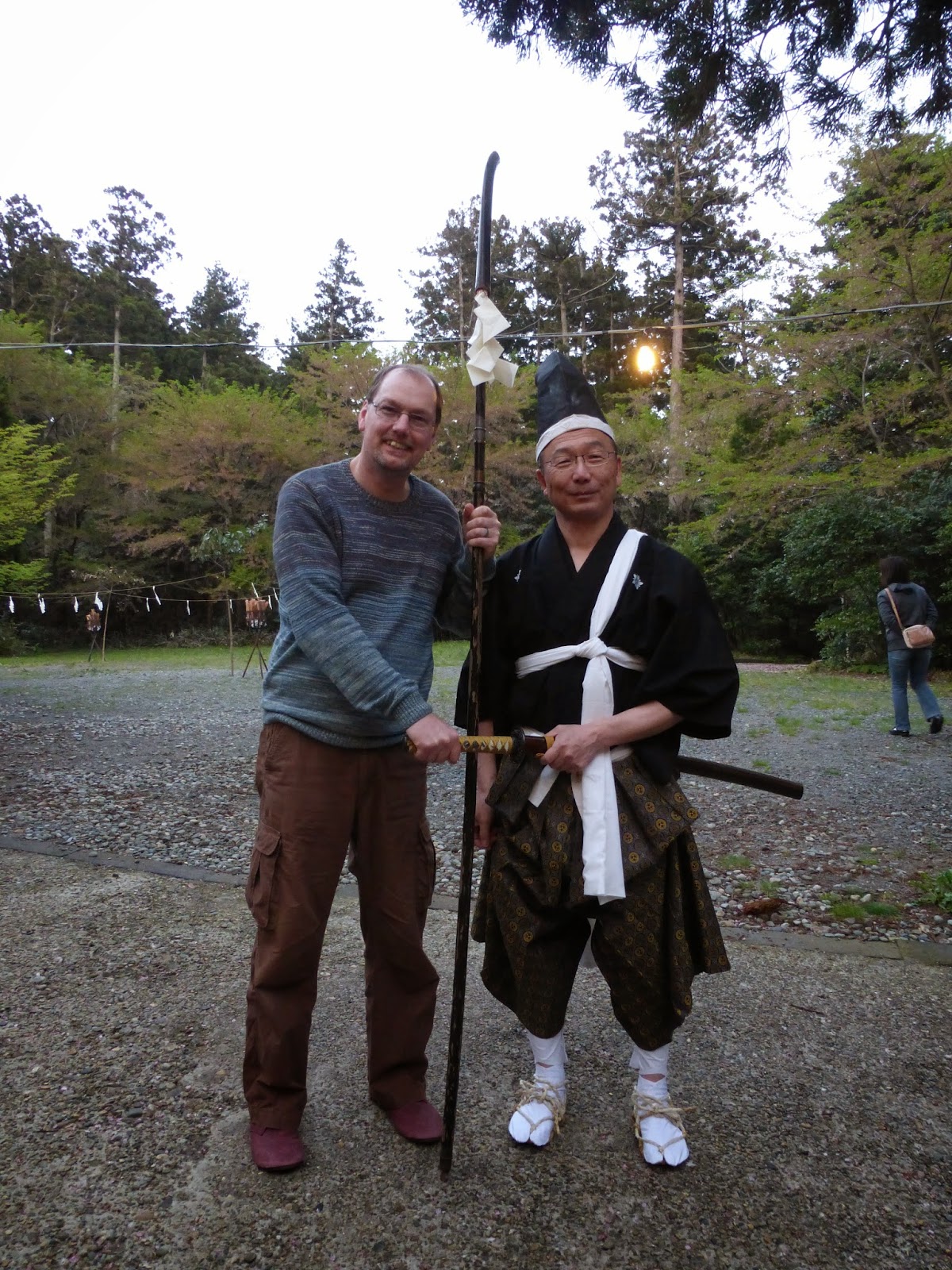 The start of the dance.  For this final rehersal, the large red paper flowers are replaced with real sakura cherry blossoms and yamabuki (kerria rose). 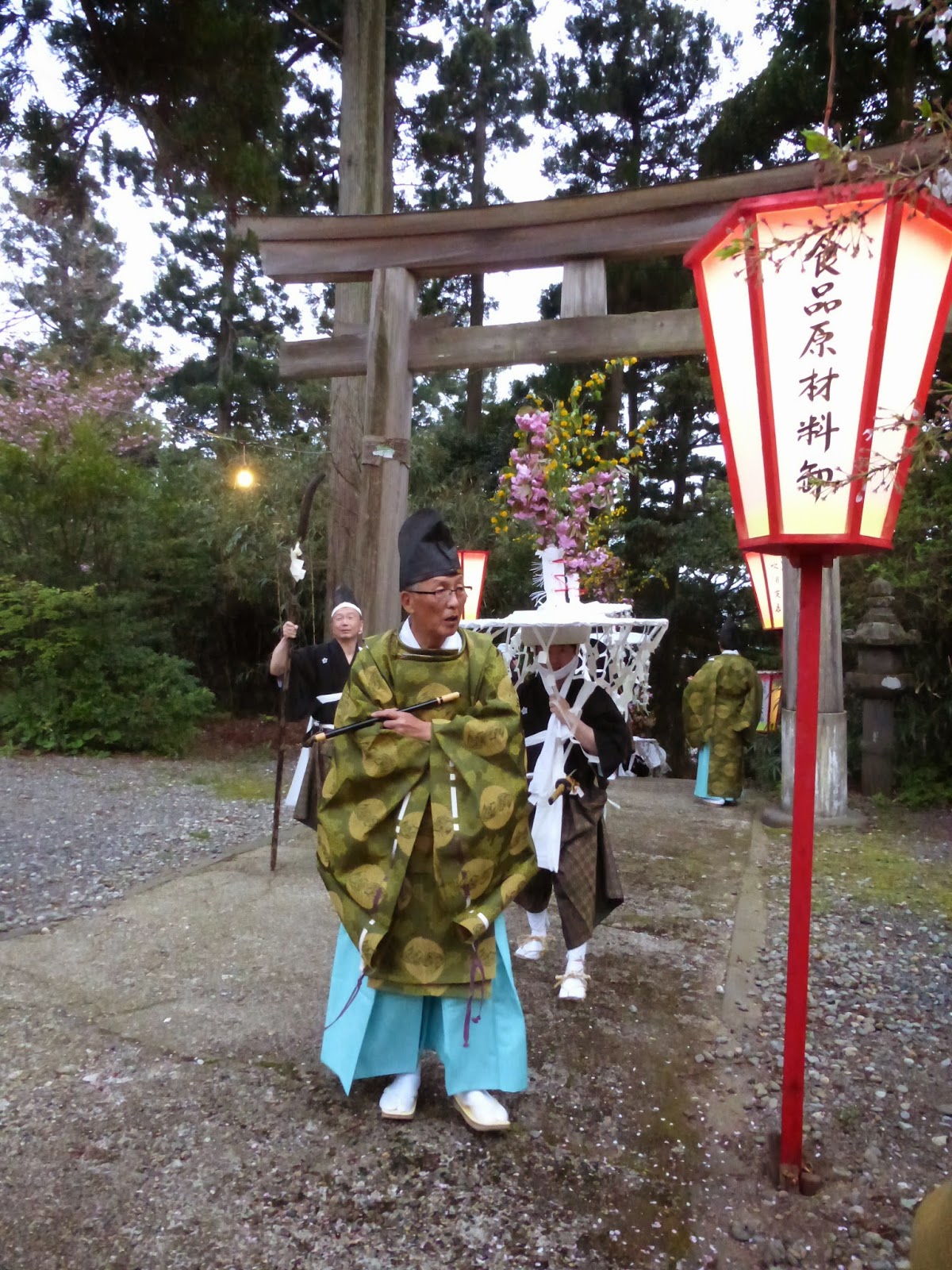 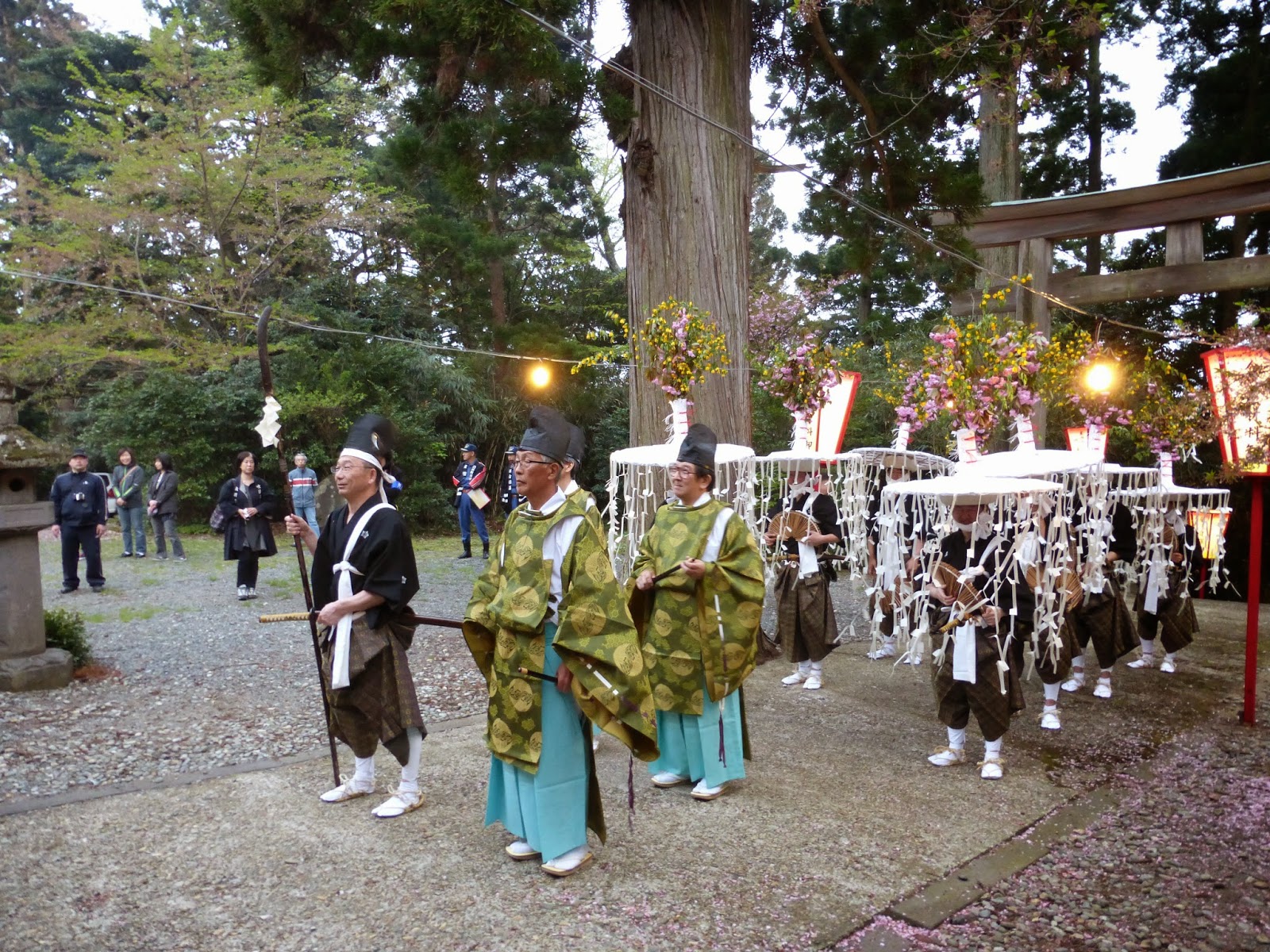 At the end, the dancers throw the hats into the crowd, who pull the flowers off.  Glyn got in some practice for the main dance the following day. 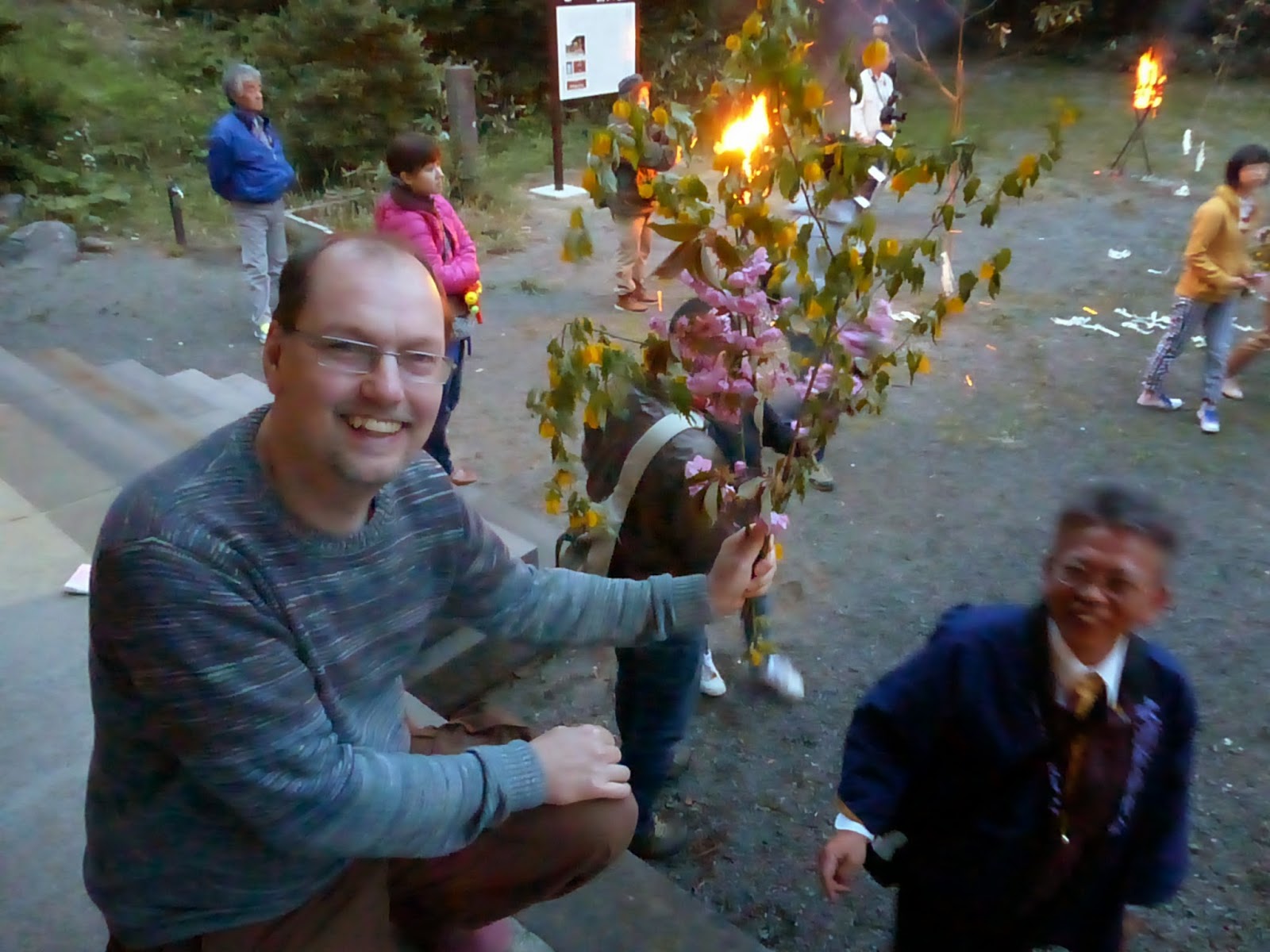 The houses along the main streets in fukura were adorned with each family's chokin lantern, with their kamon crest displayed.  There were also loads of yatai (festival stalls) mainly selling snacks. 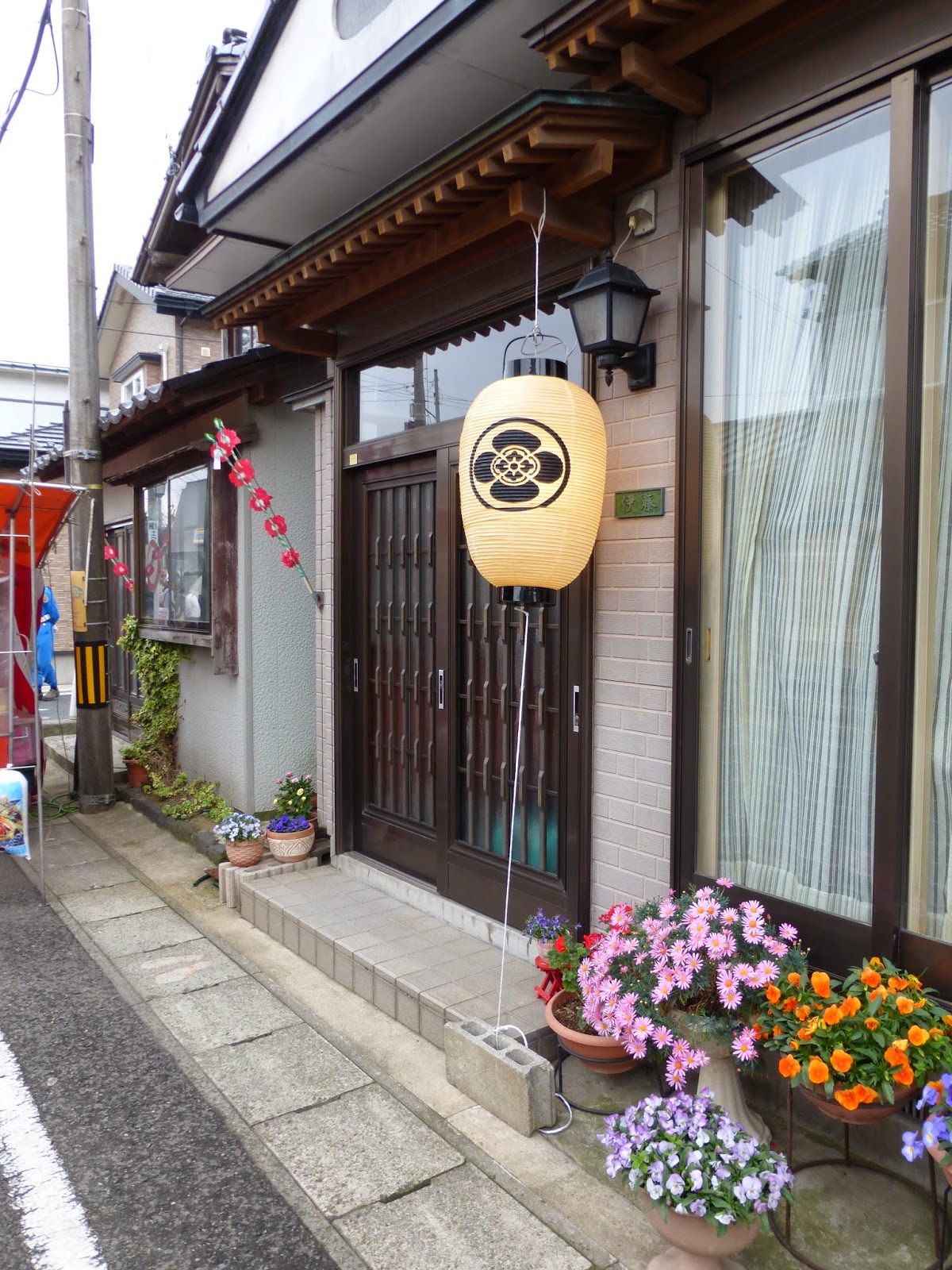 A cup of sake at the shrine. 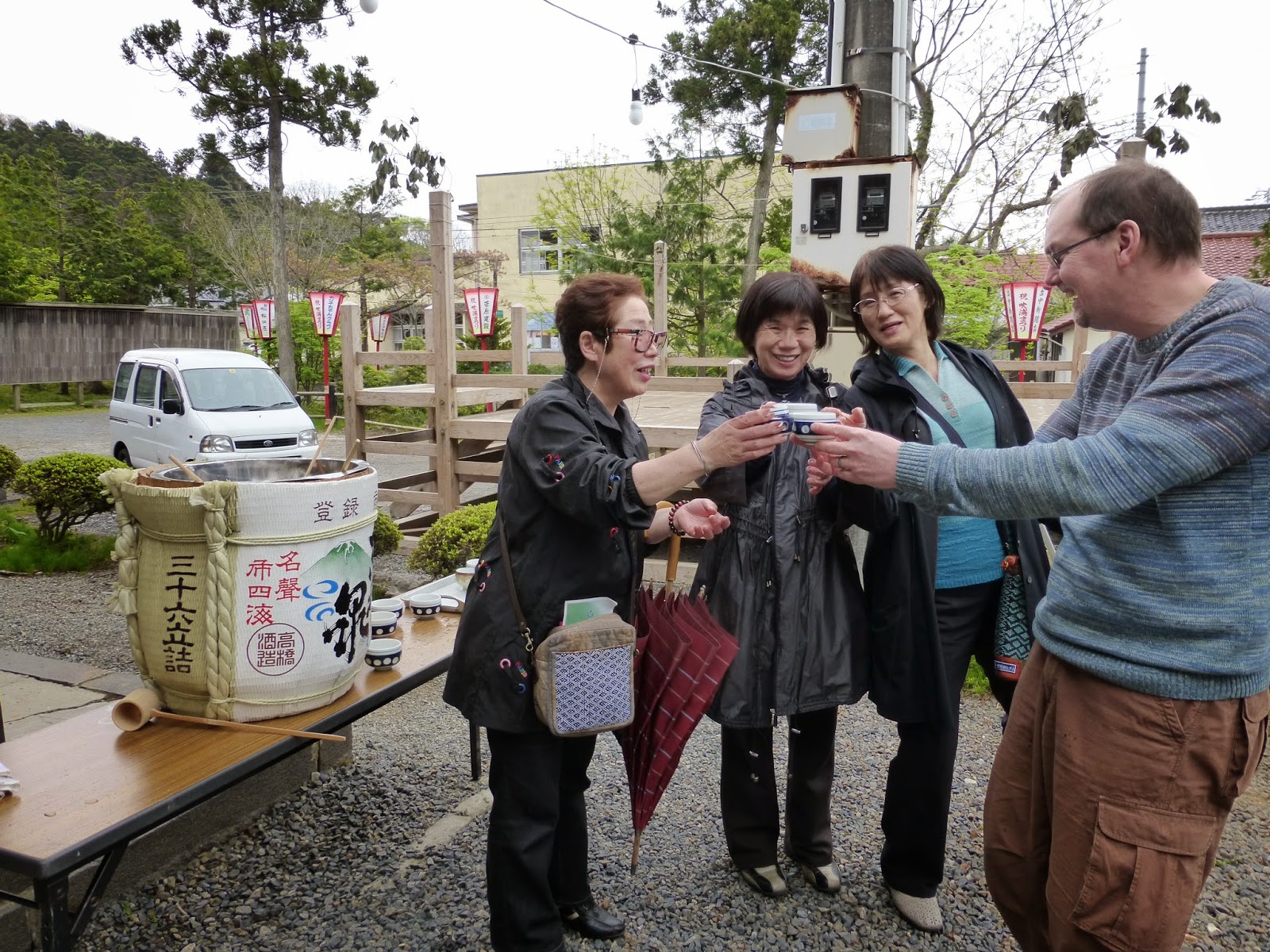 The start of the procession. 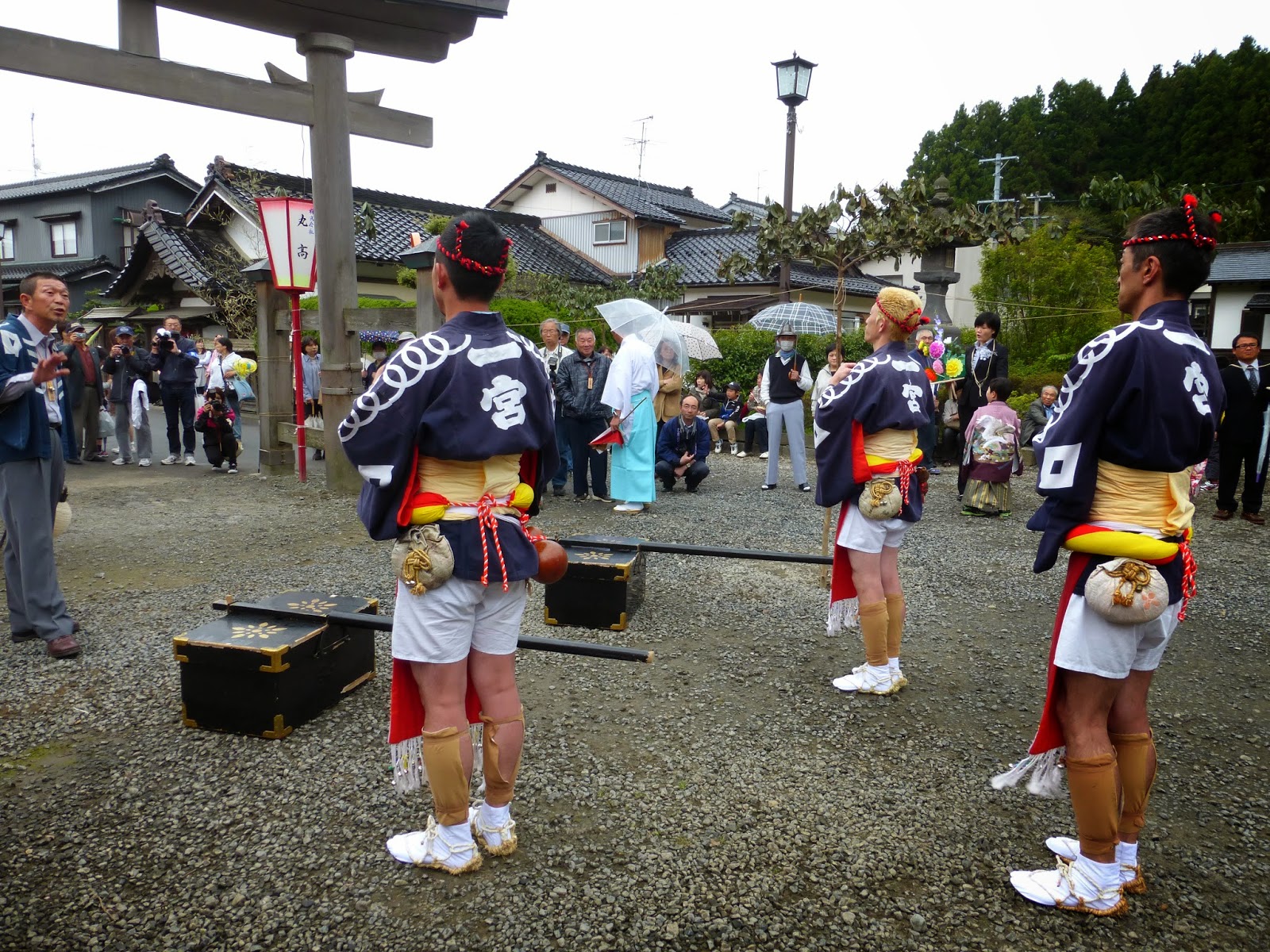 The O-mikoshi in procession. 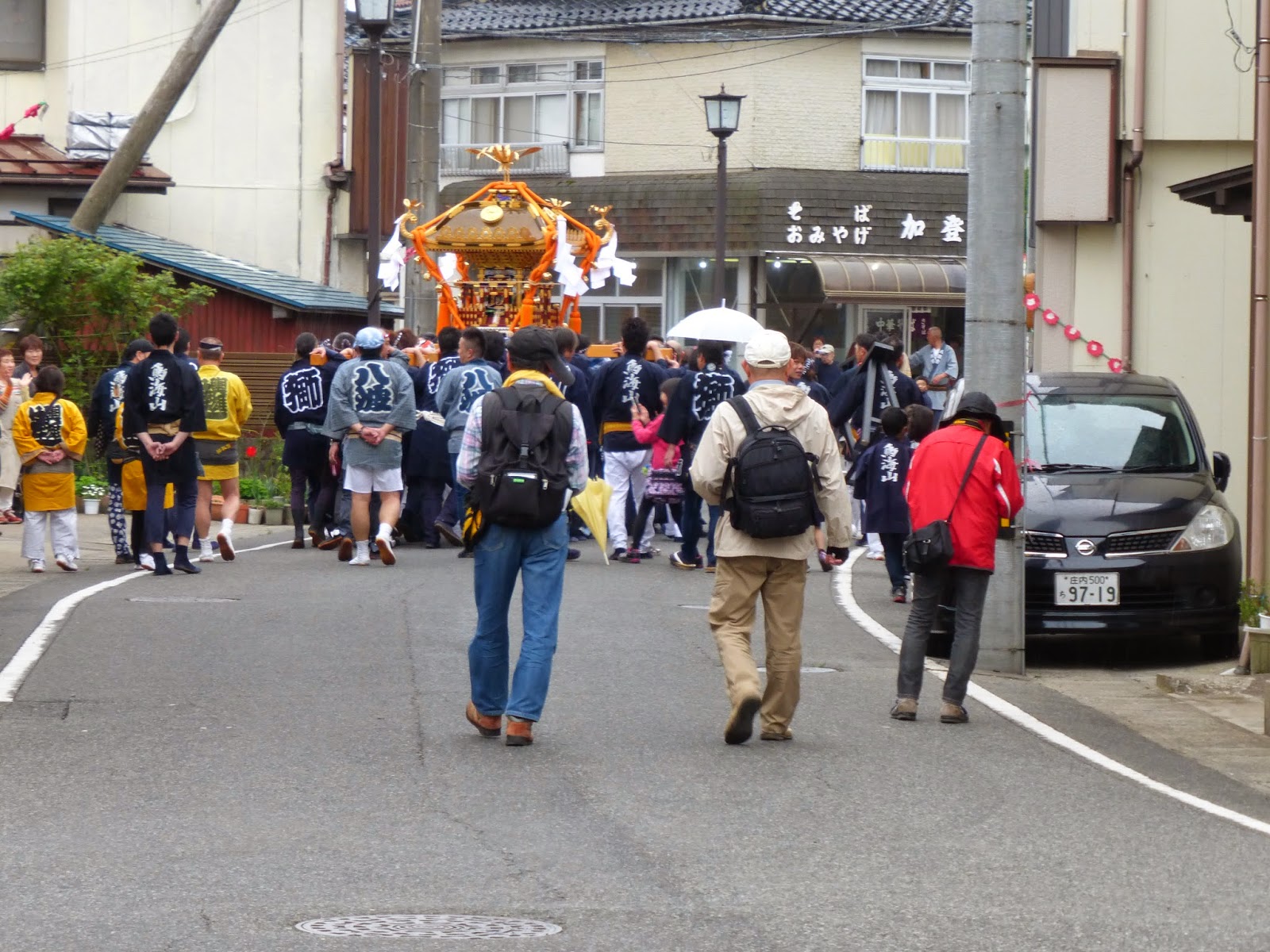 The children's procession - the festival coincides with Children's Day . 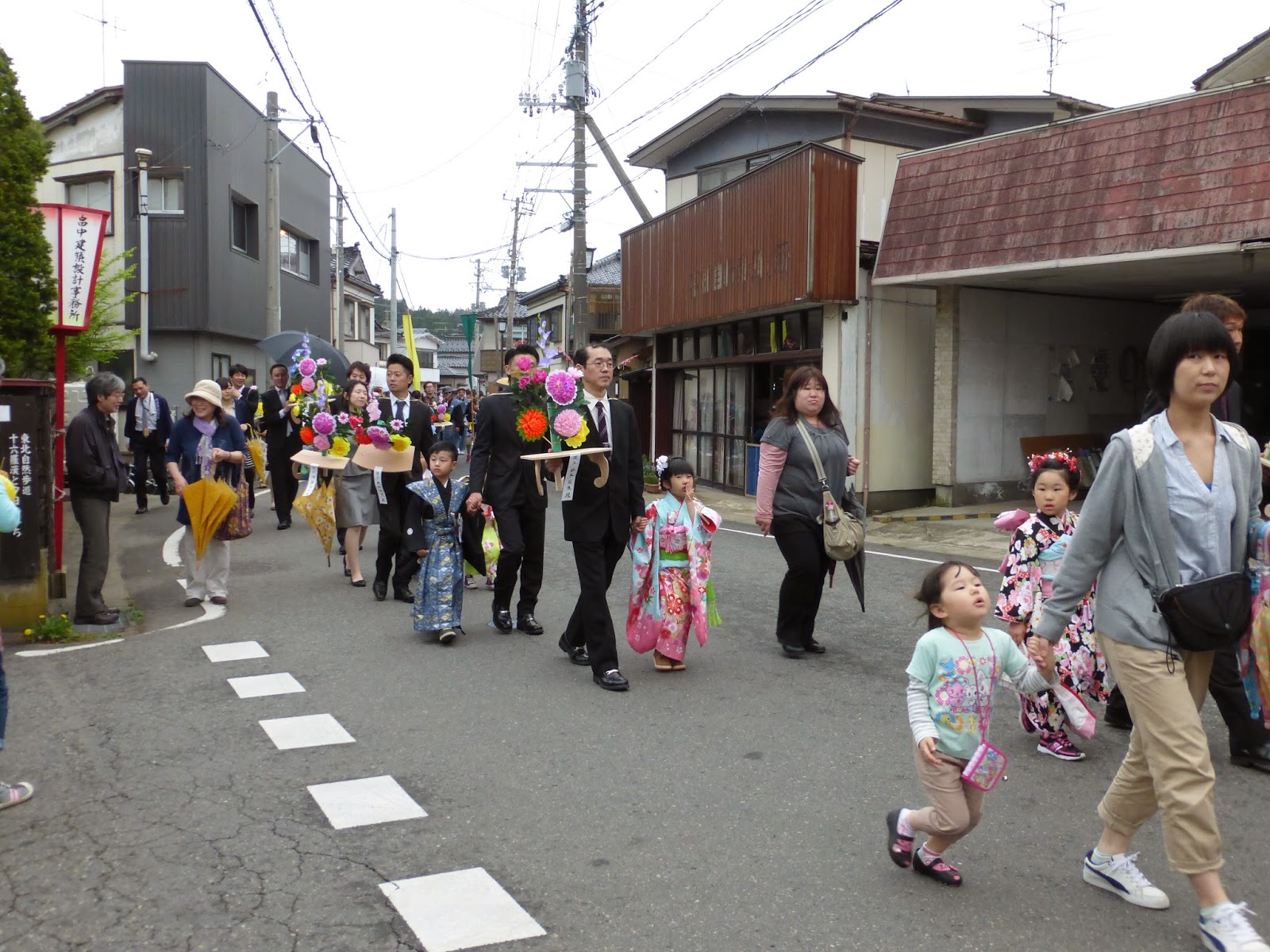 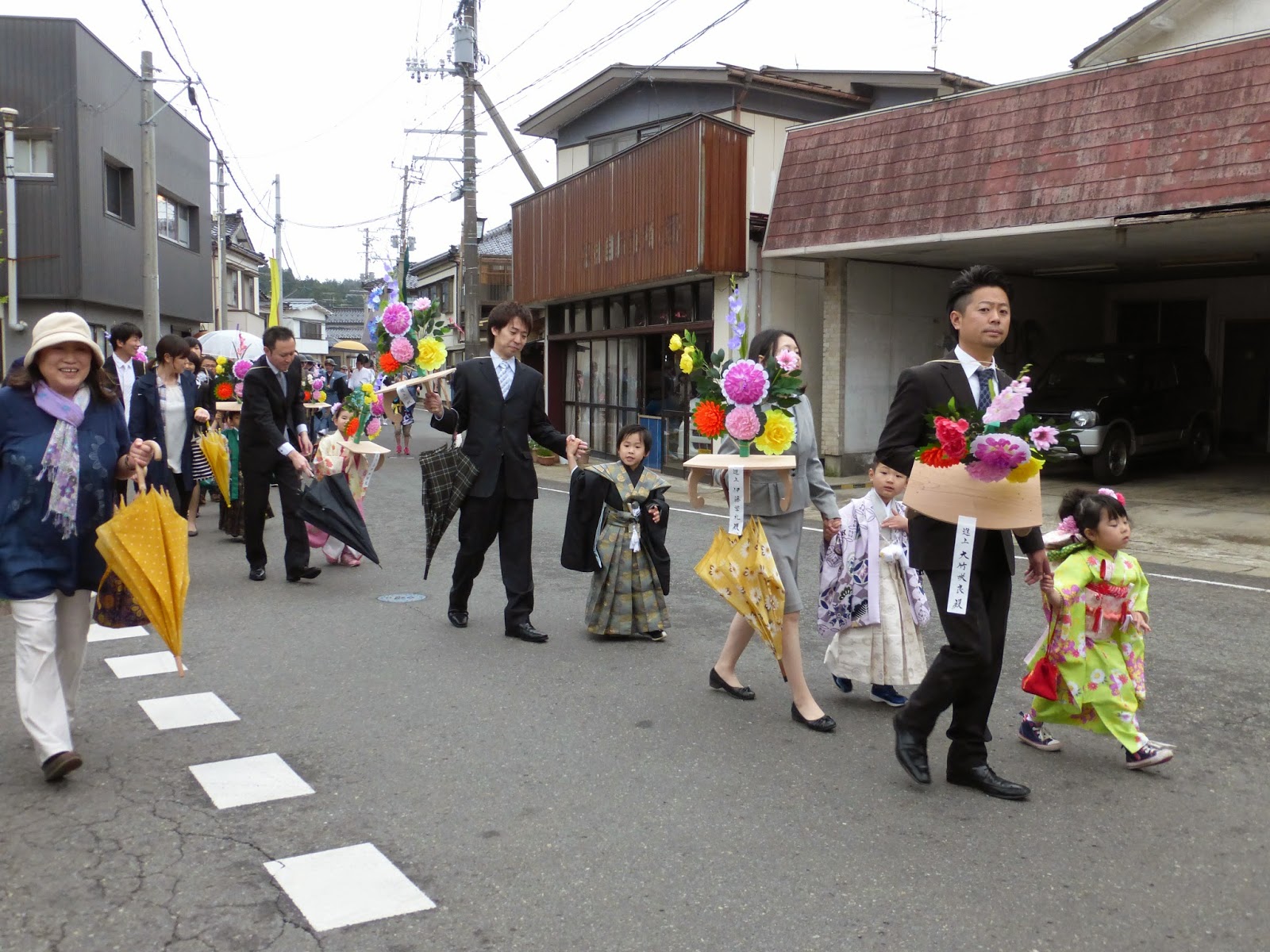 The Shrine Maiden's dance before the Hanagasa Mai. There was also a lion dance (shishimai).  I have videos of all of these but not many photos. 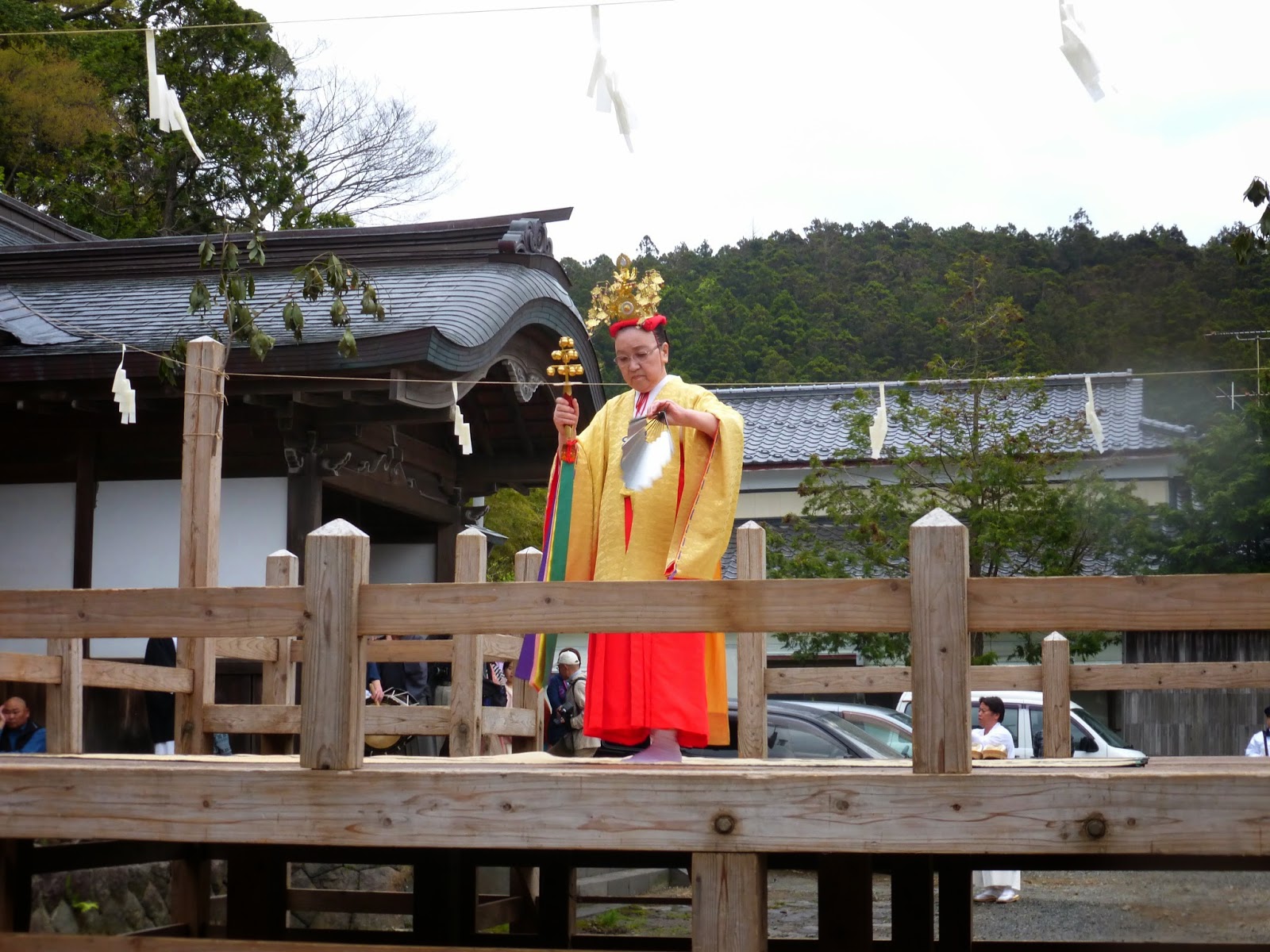 The start of the Hanagasa Mai.  Because it was raining, the hats had to be covered in plastic to preserve the paper flowers. 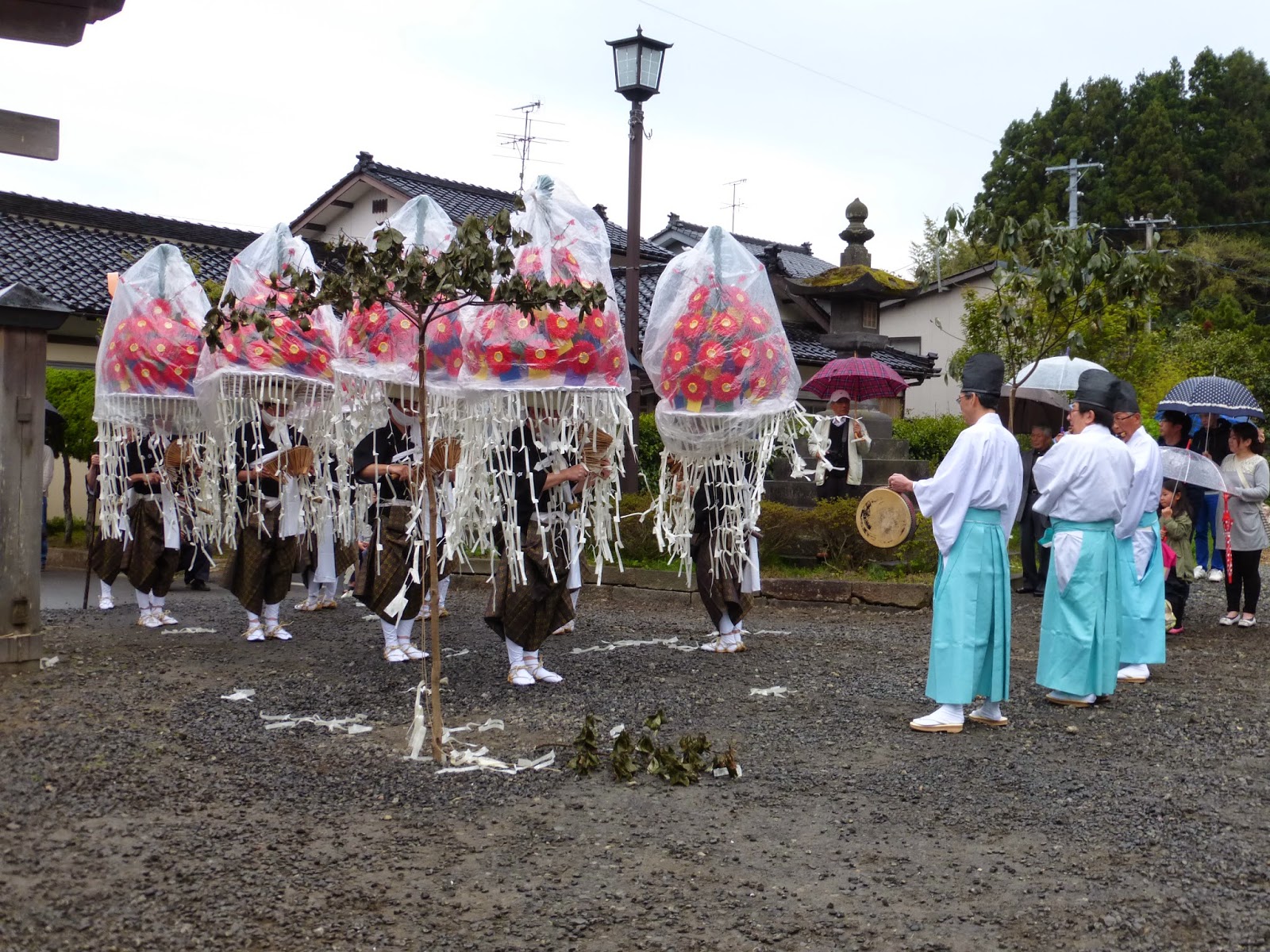 Glyn managed to get quite a few flowers at the end! 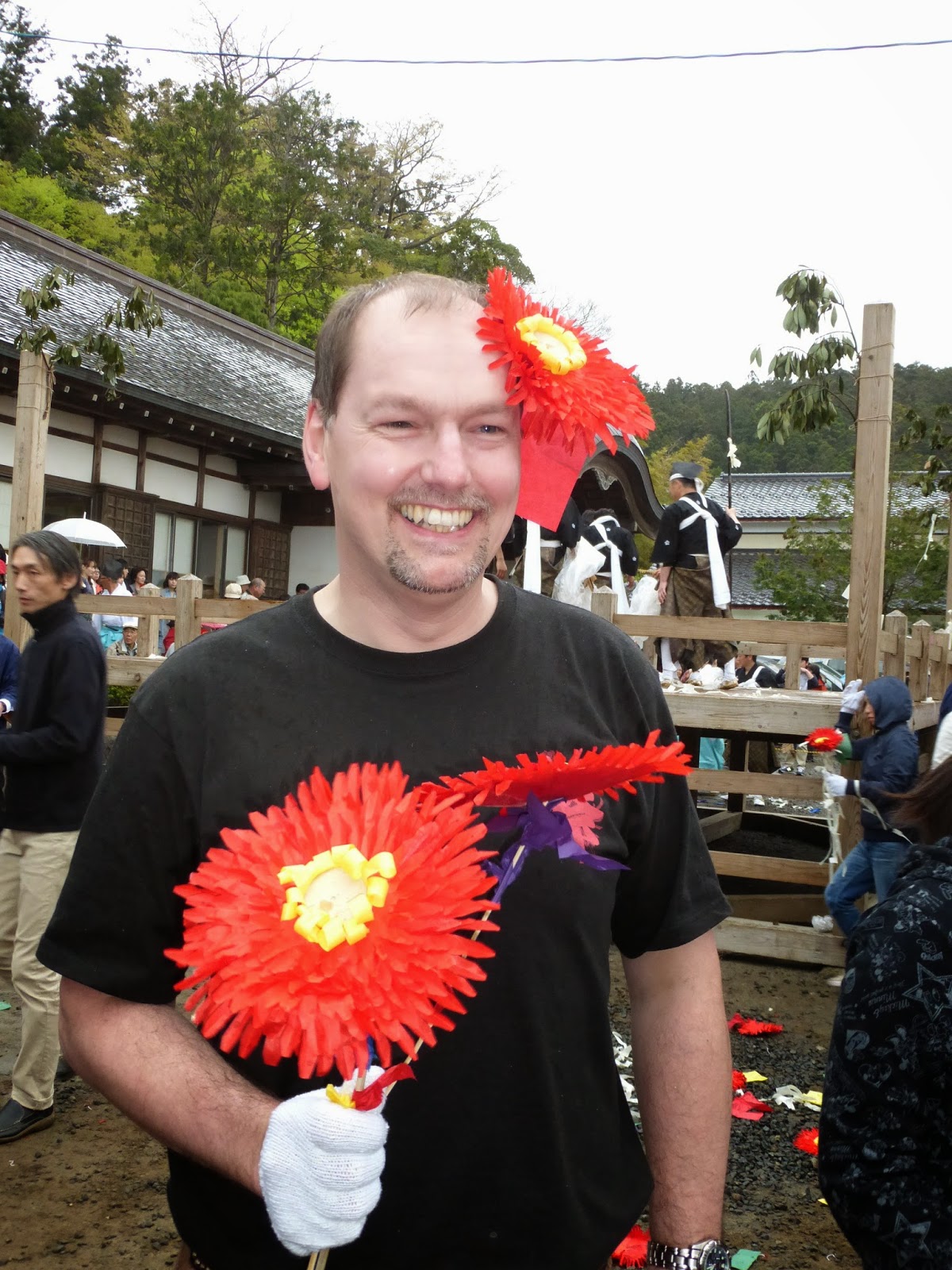 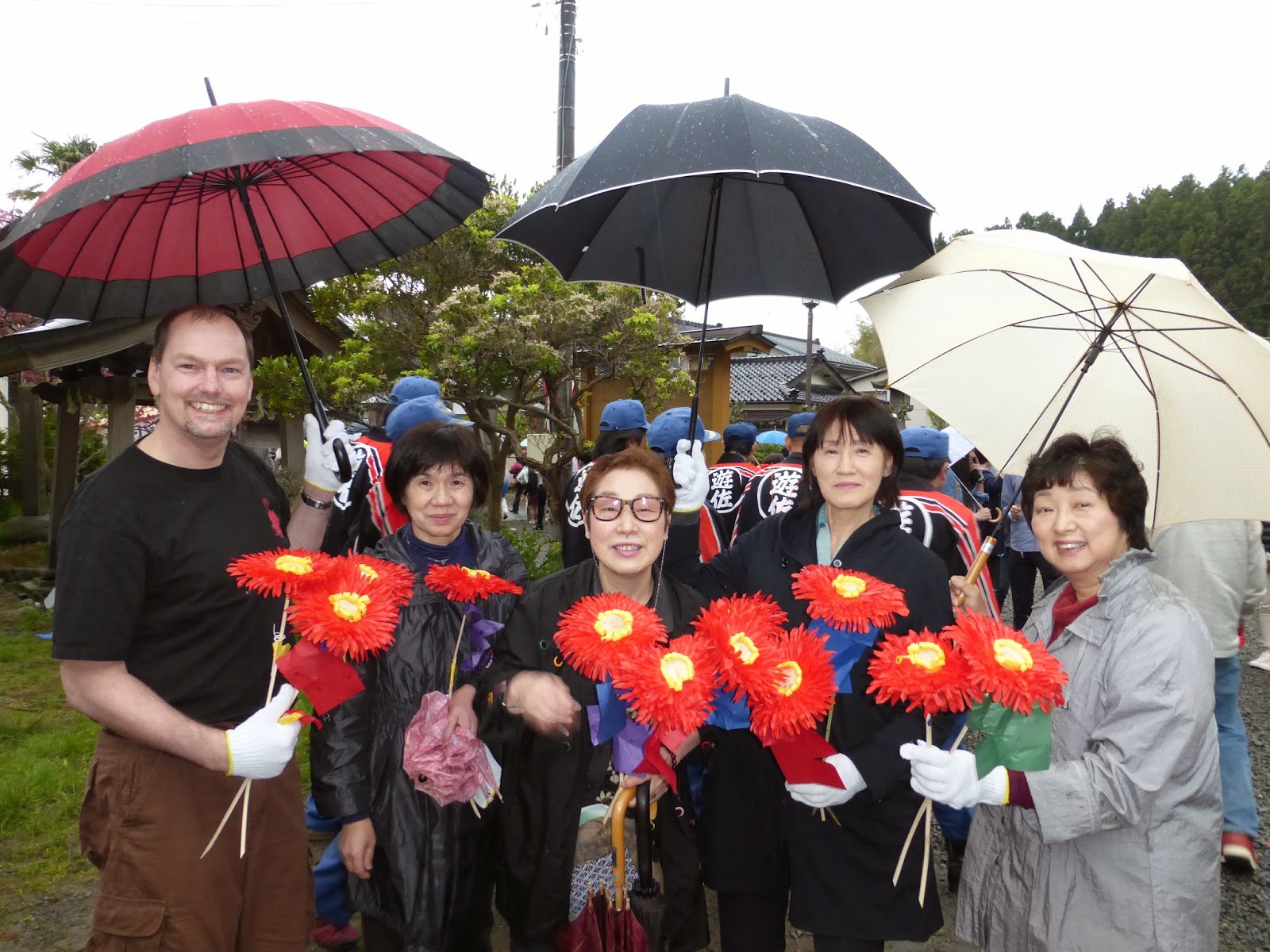