Summerhouse - the roof is on 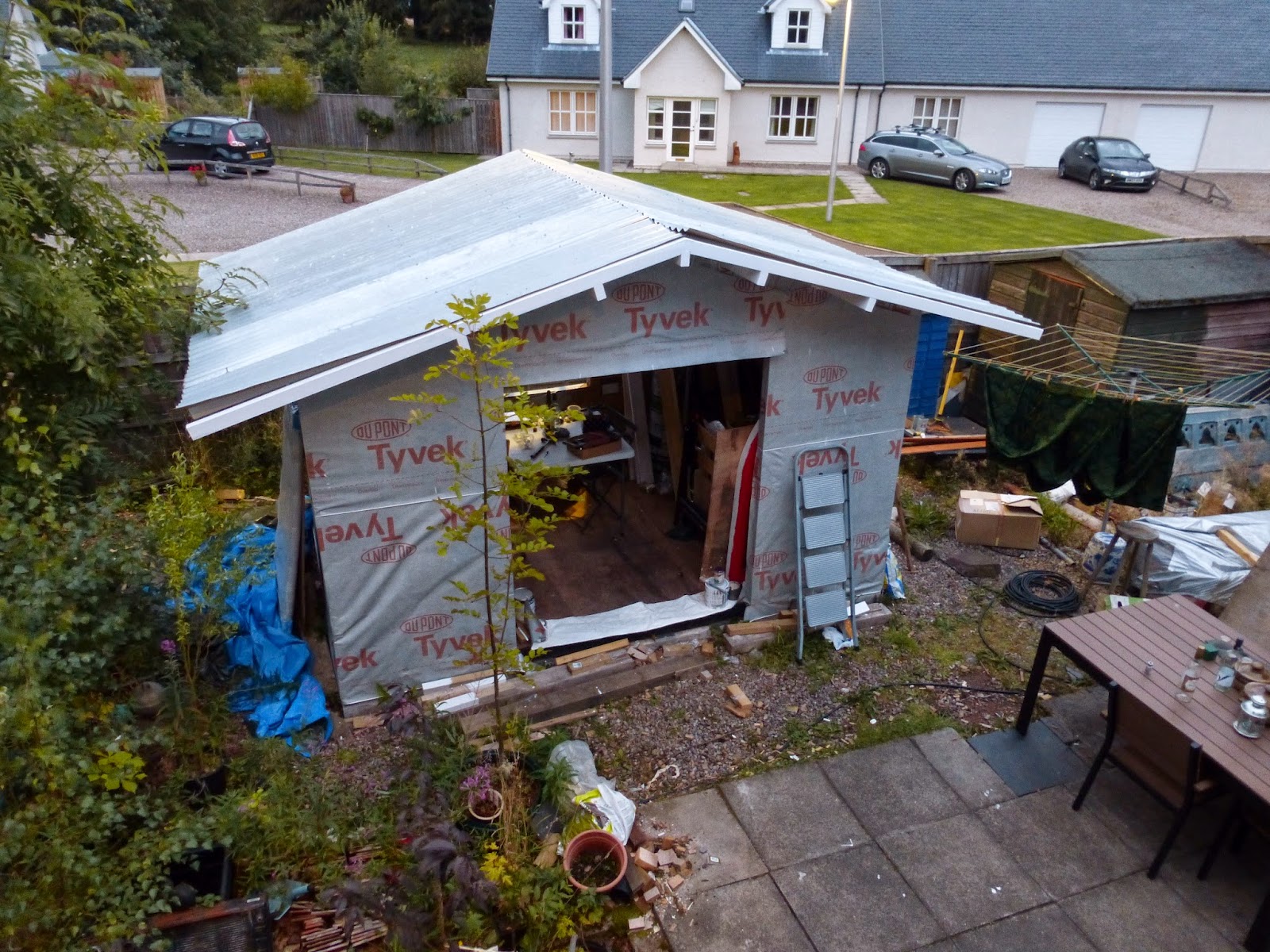 We finished getting the 'porch' roof sections on last night.  The roof overhangs by about 18in (45cm) at the front so the total length of each roof section is 10ft (3.05m).  Unfortunately, when I ordered the corrugated sheets, the roofing suppliers thought that five sheets on each side would be enough, which it wasn't.  I queried it at the time but no, they were sure that would be right.  We ended up having to get an extra couple of sheets and redo the front part of the roof - the corrugations on the end panels have to go up, to fit under the eaves boards, while all the others go down at the edge, so the roof is watertight.  So we took off the last two panels and moved them along.

Once we have the exact position of the roof edge worked out, Glyn trimmed the rafters back. 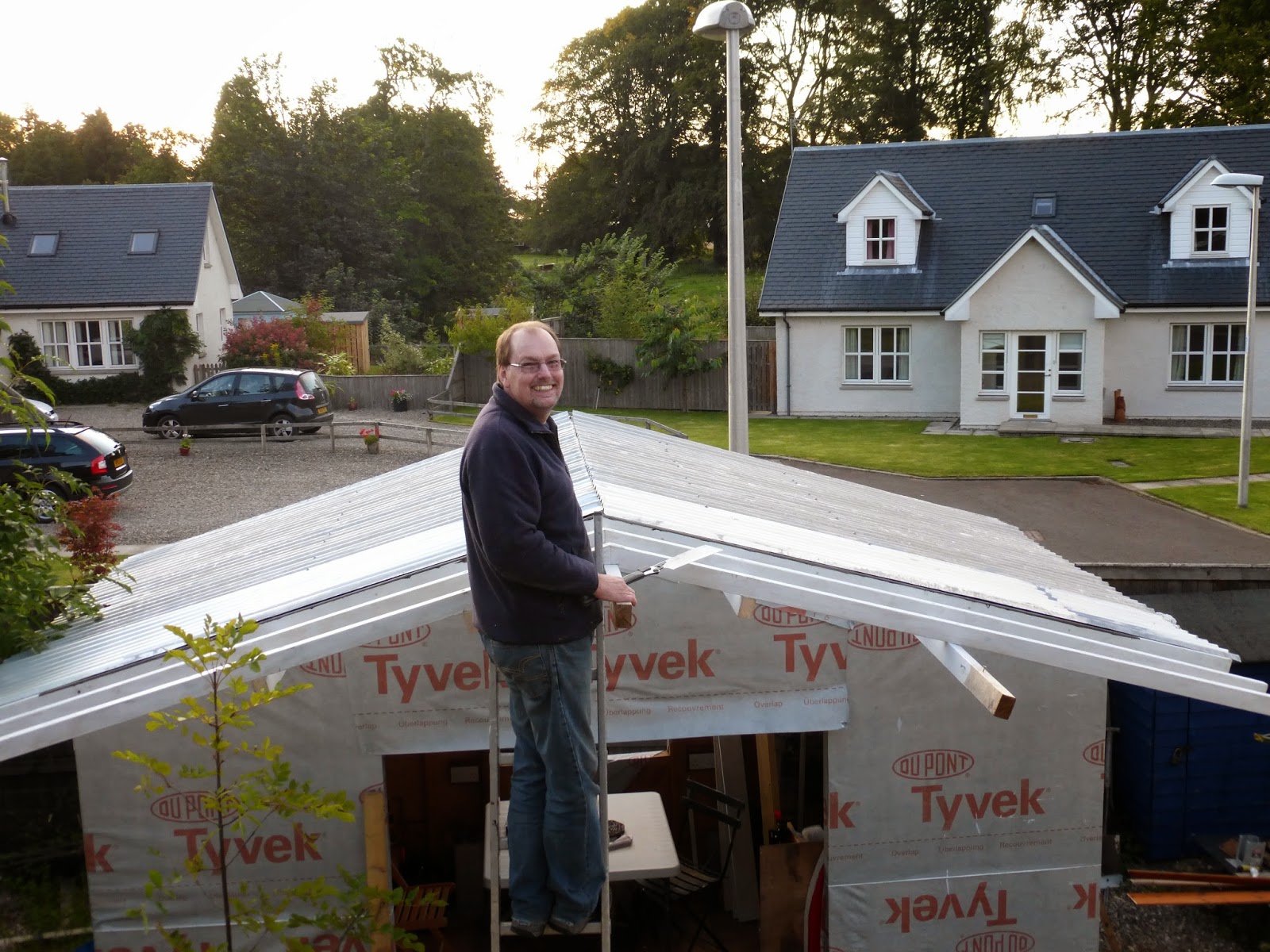 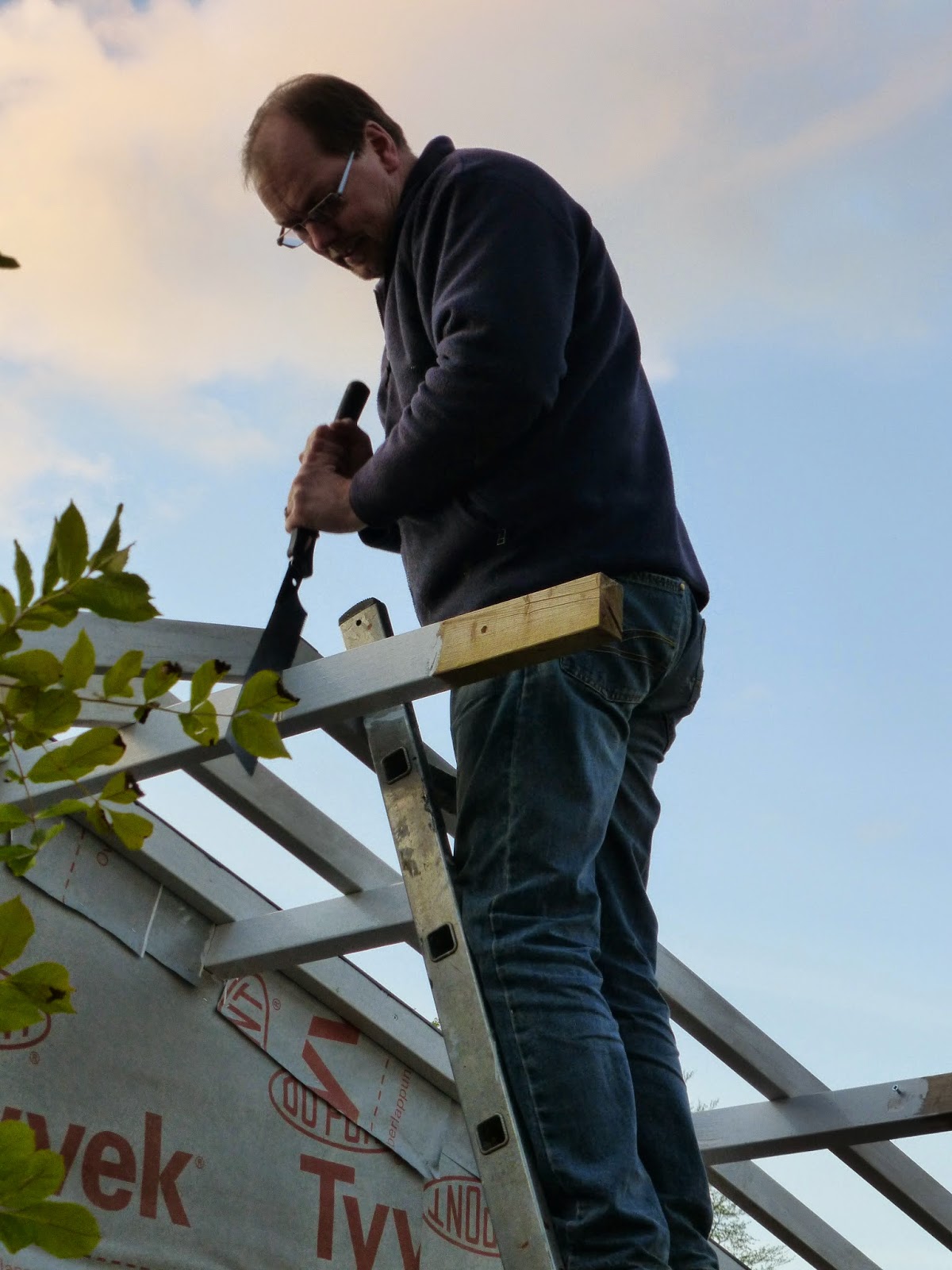 We painted the rafters before adding the roof sheets. 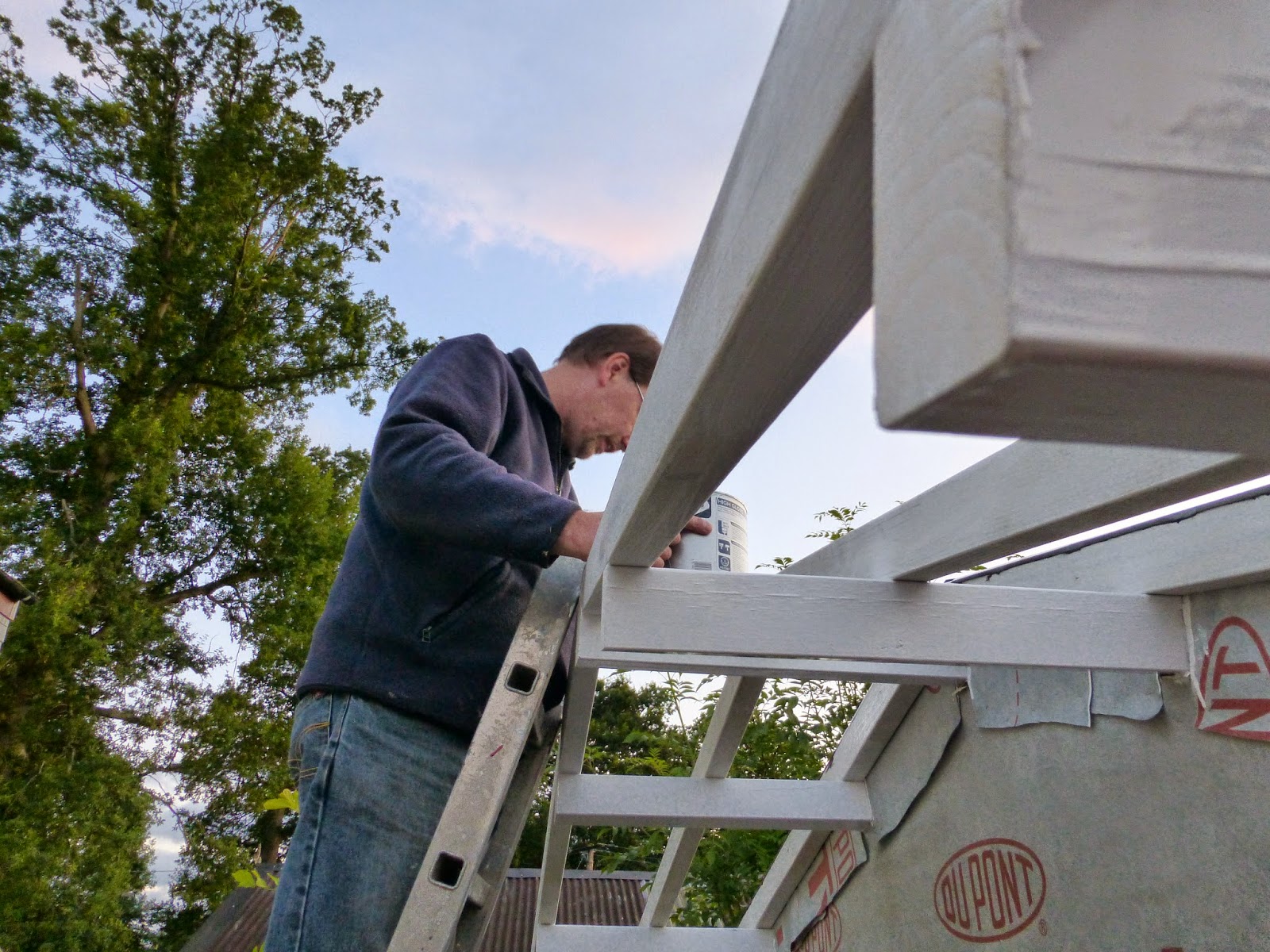 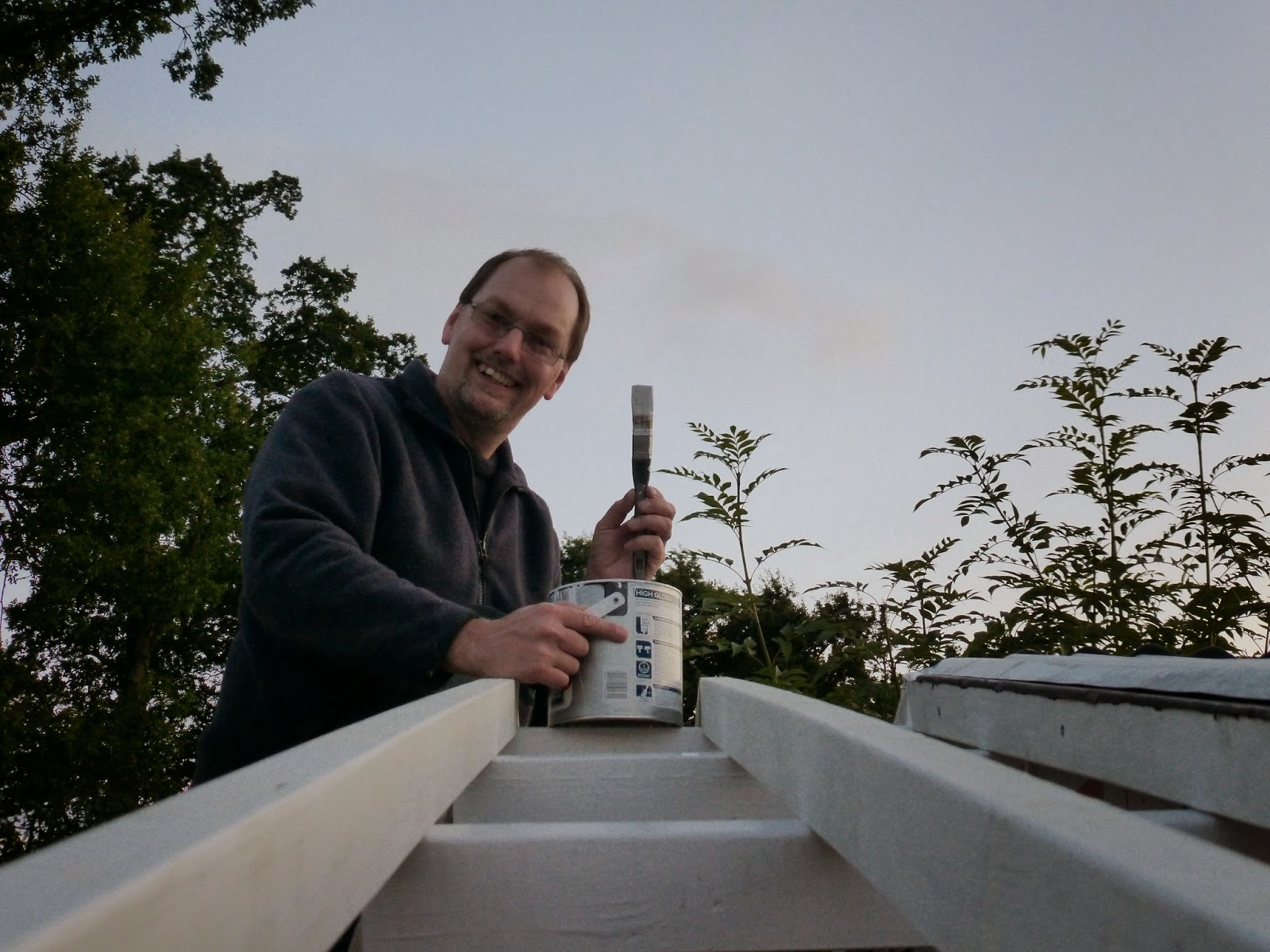 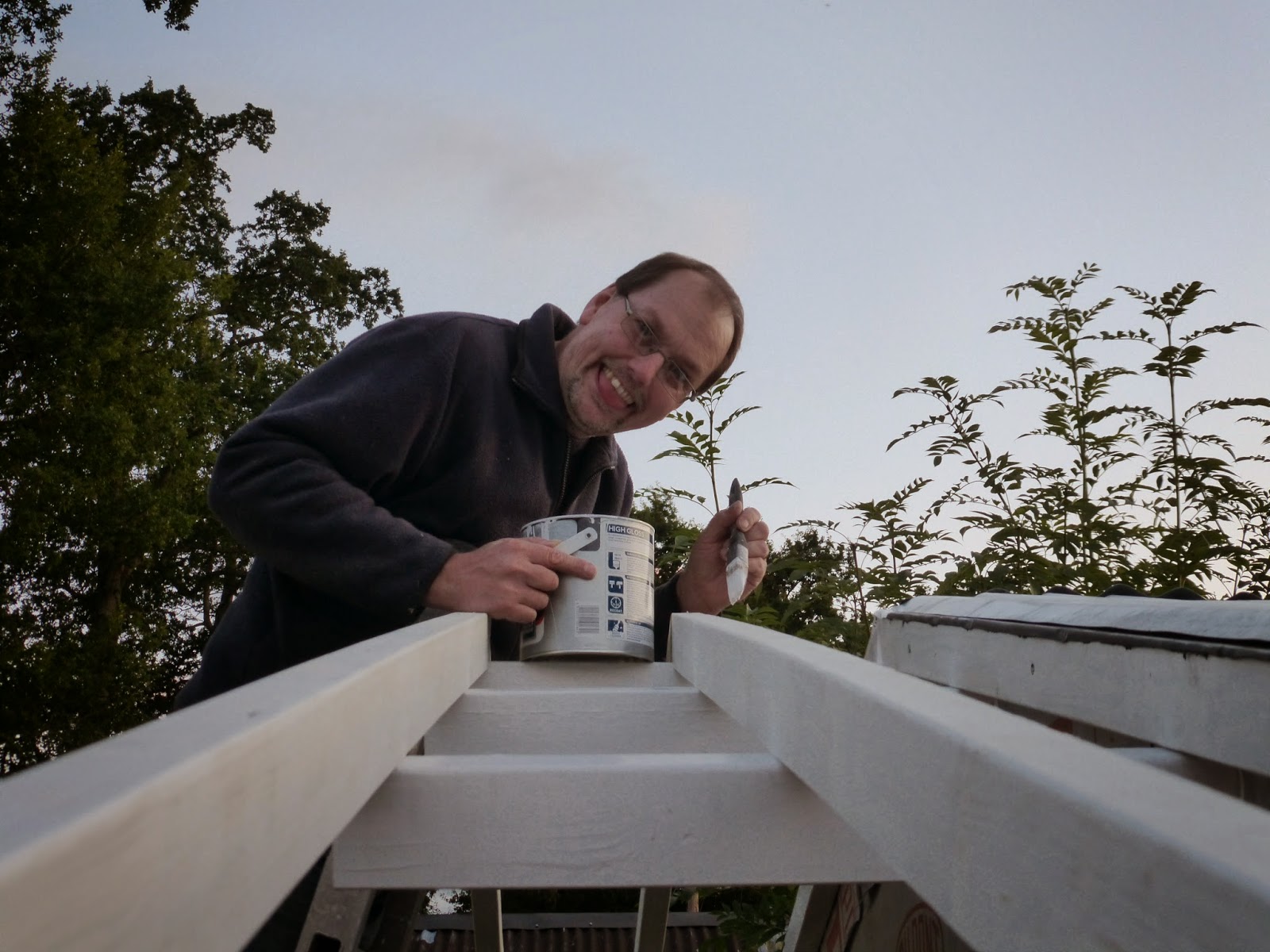 Here's the roof with the rafters all ready for the final sheets. 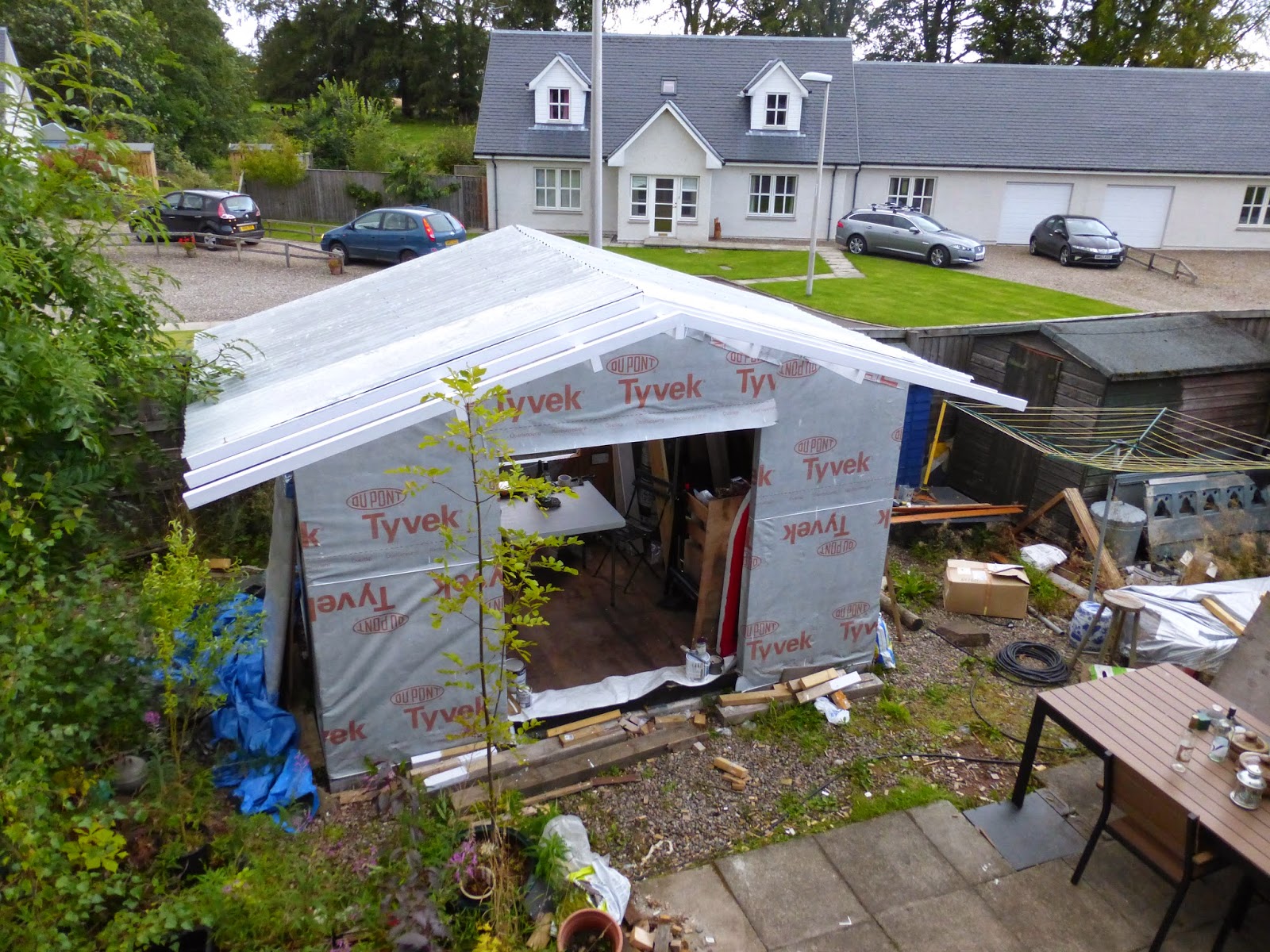 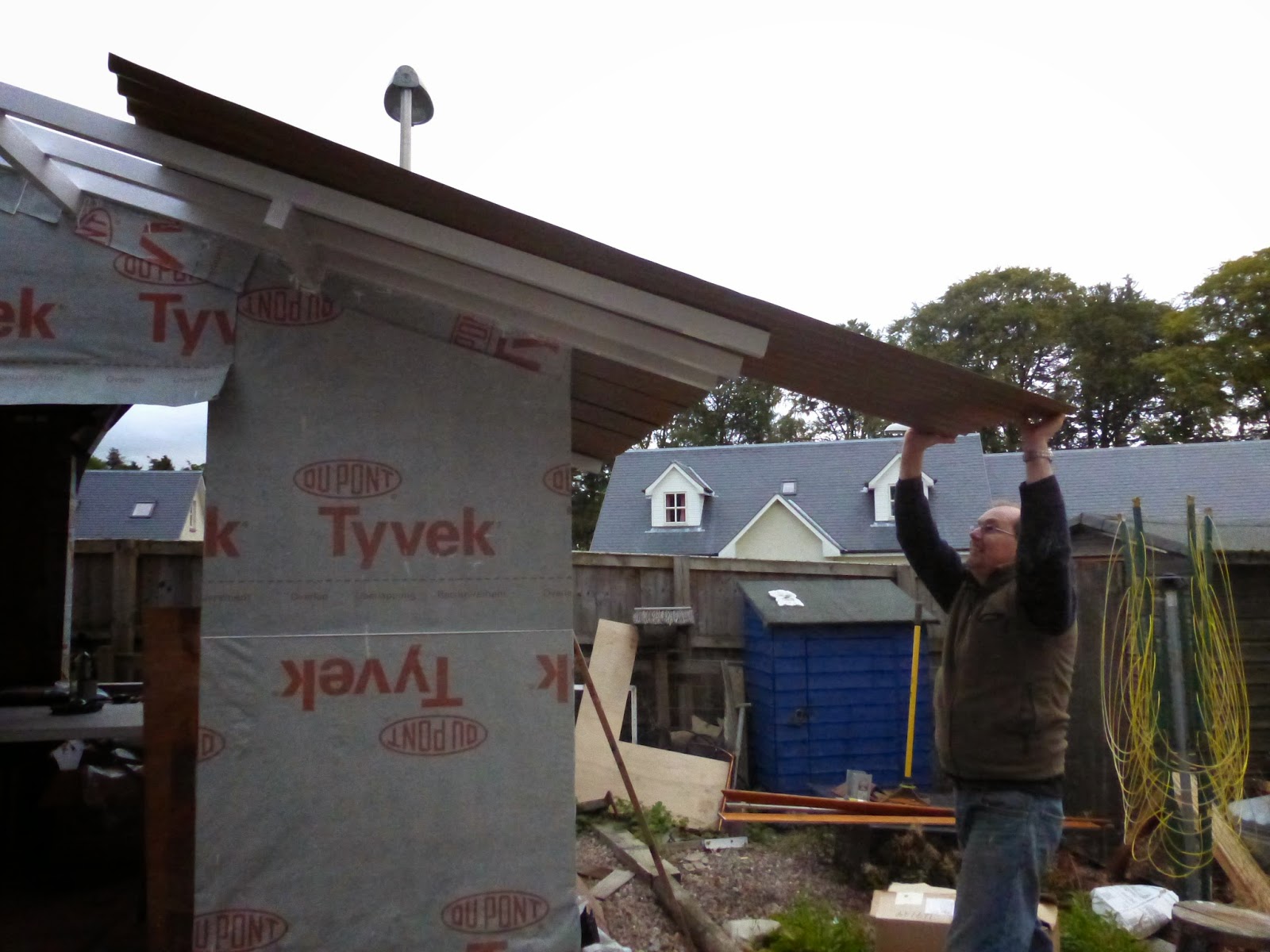 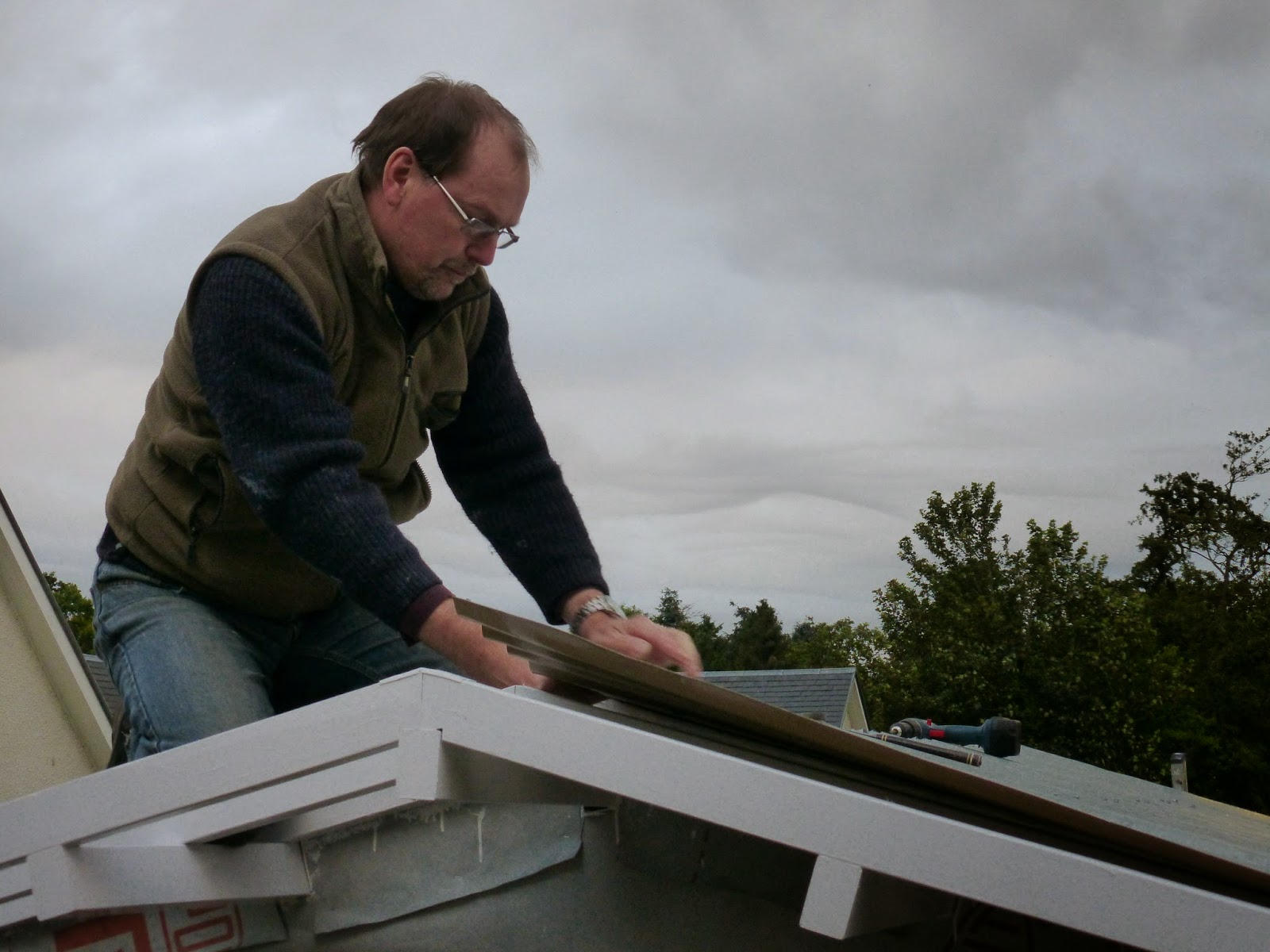 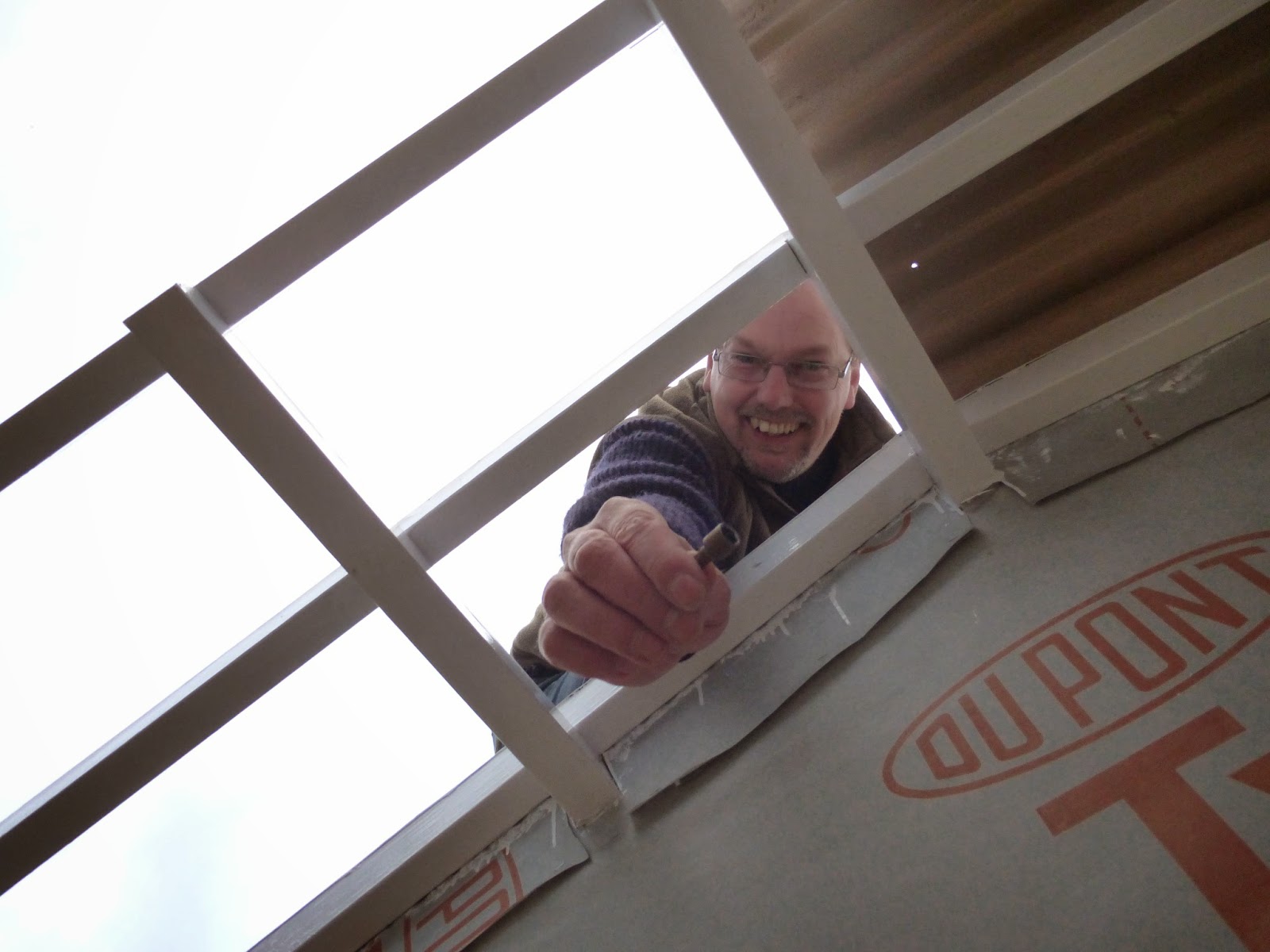 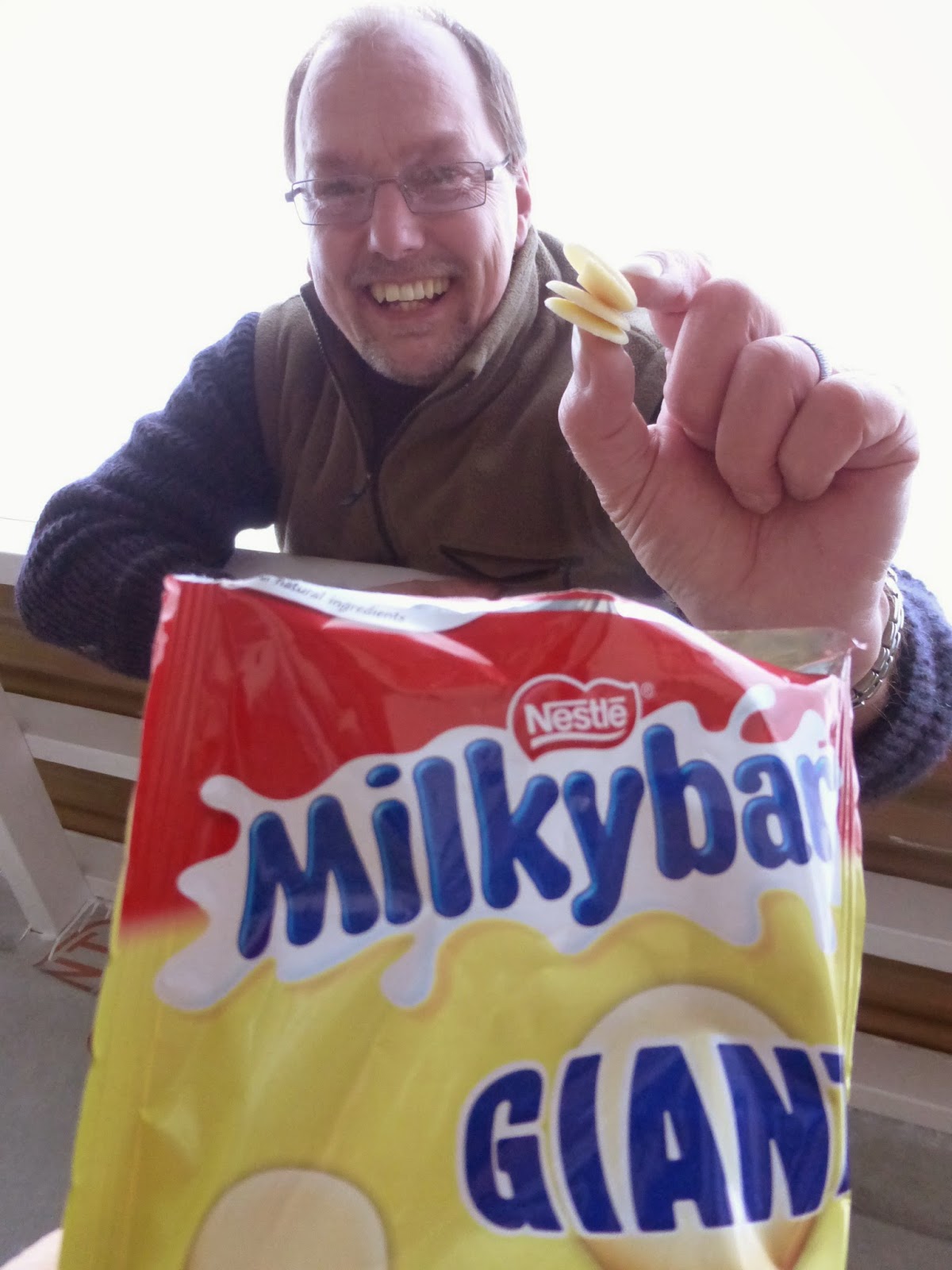 The underside of all the roof panels are painted with Hammerite 'copper' hammered finish paint, which looks more like bronze. 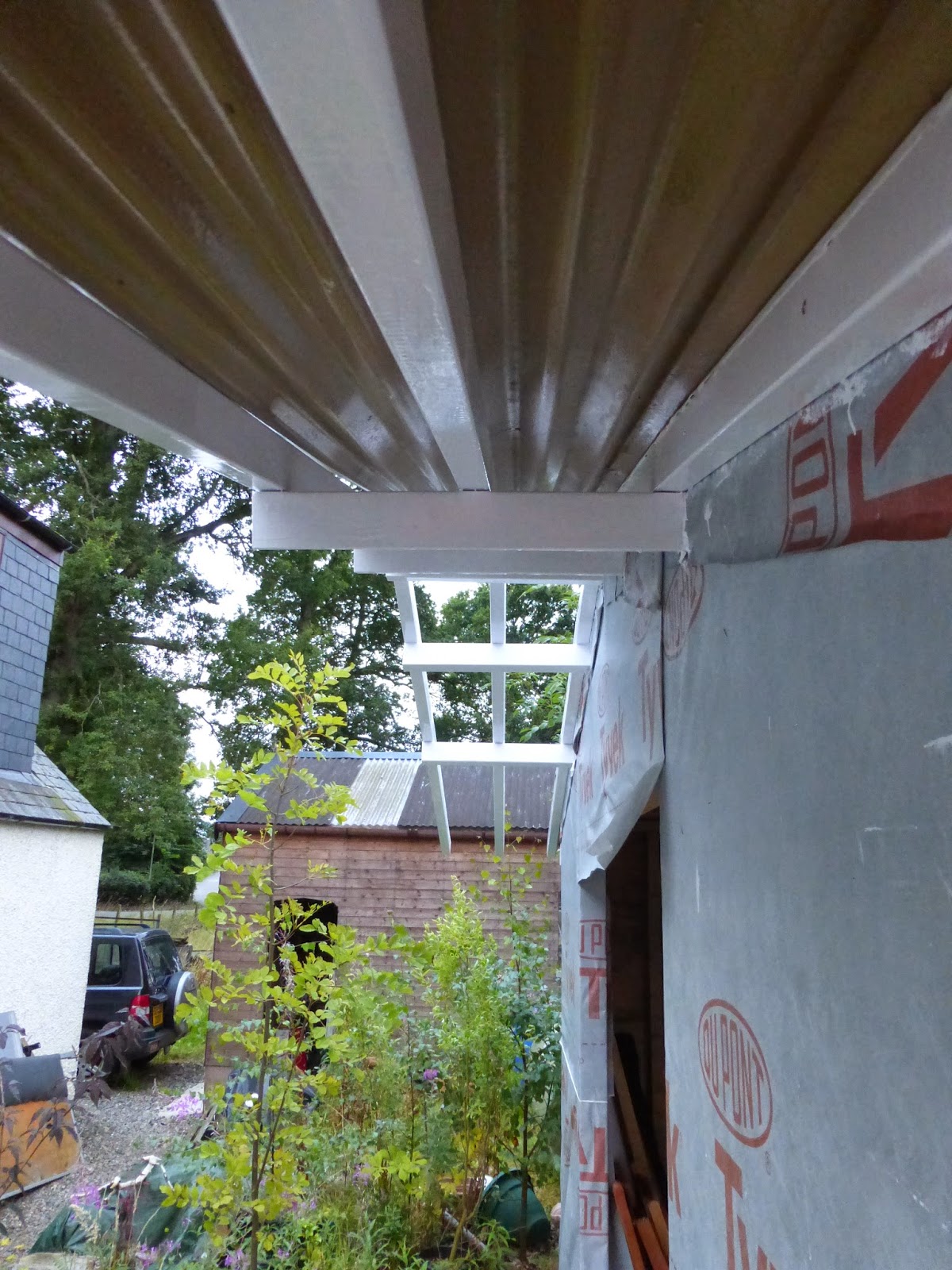 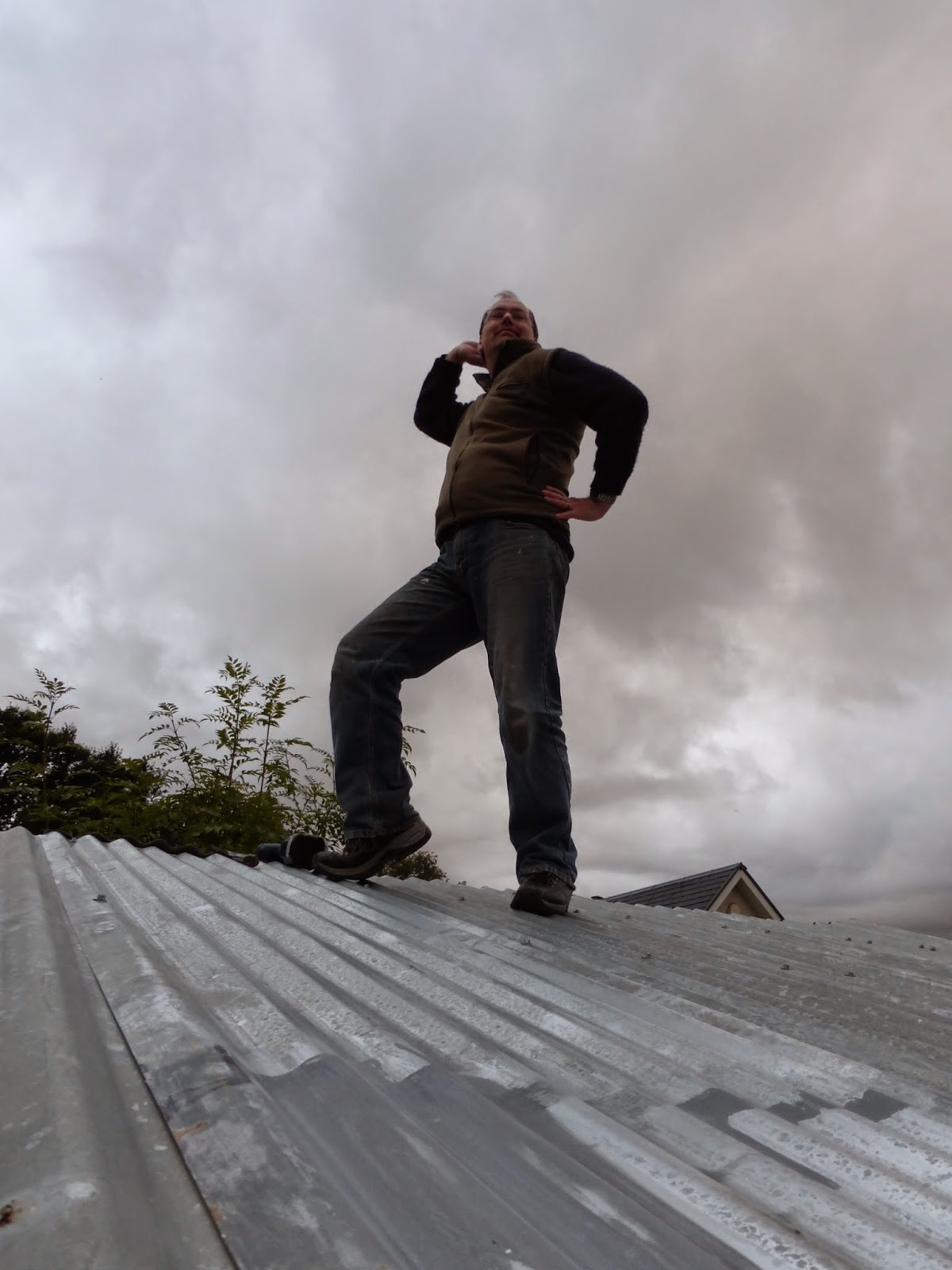 Getting the last panel onto the porch roof. 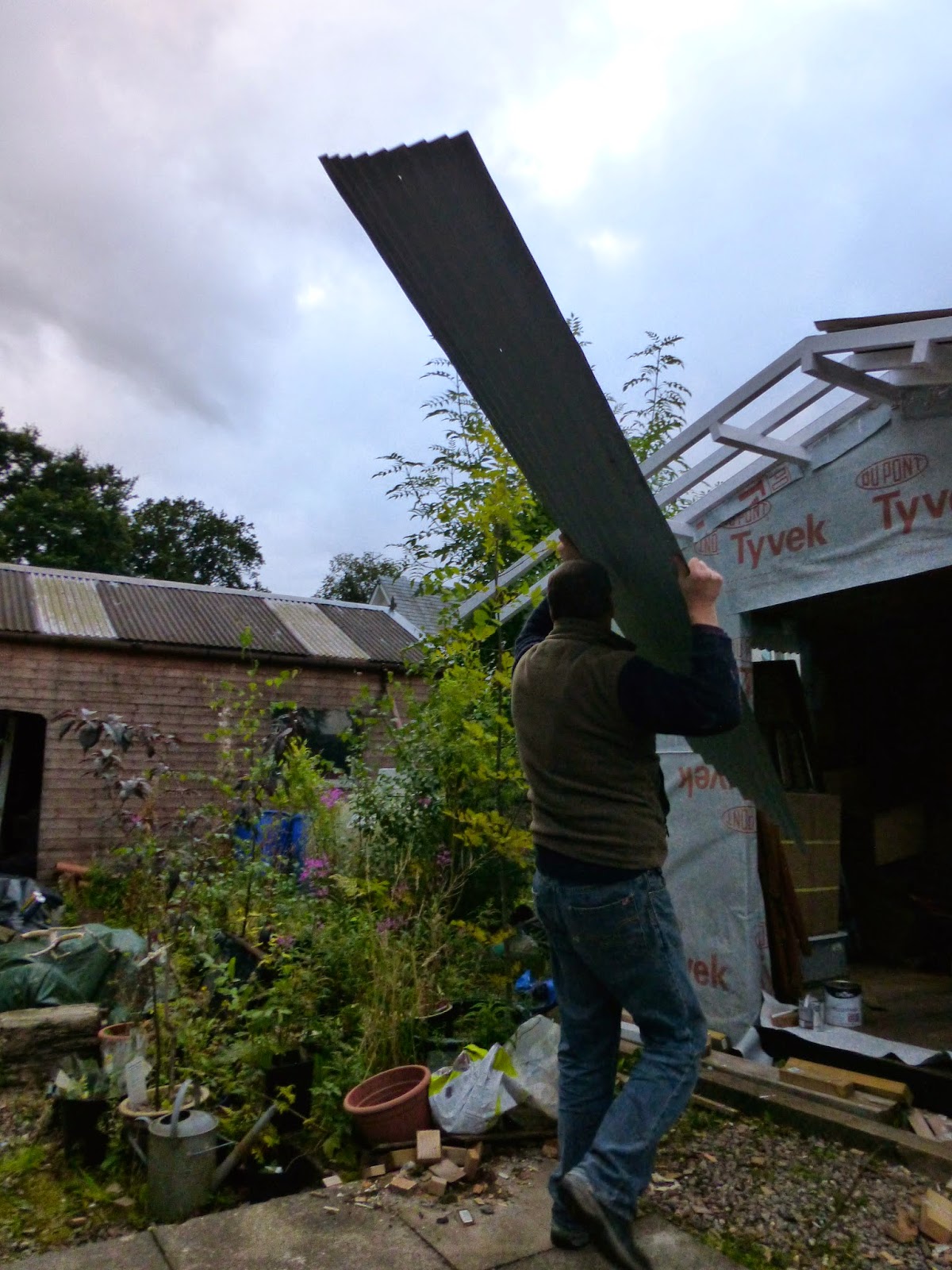 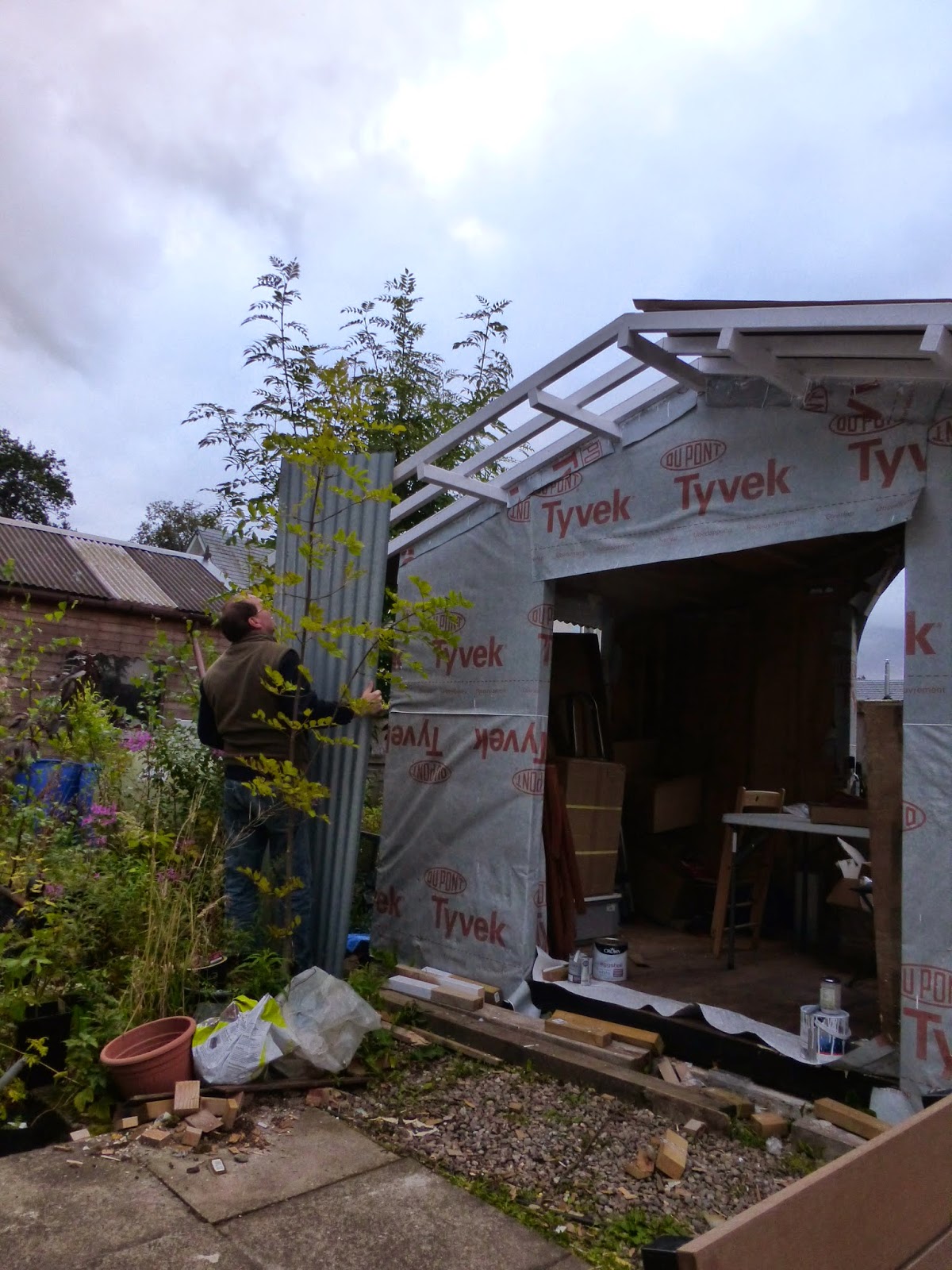 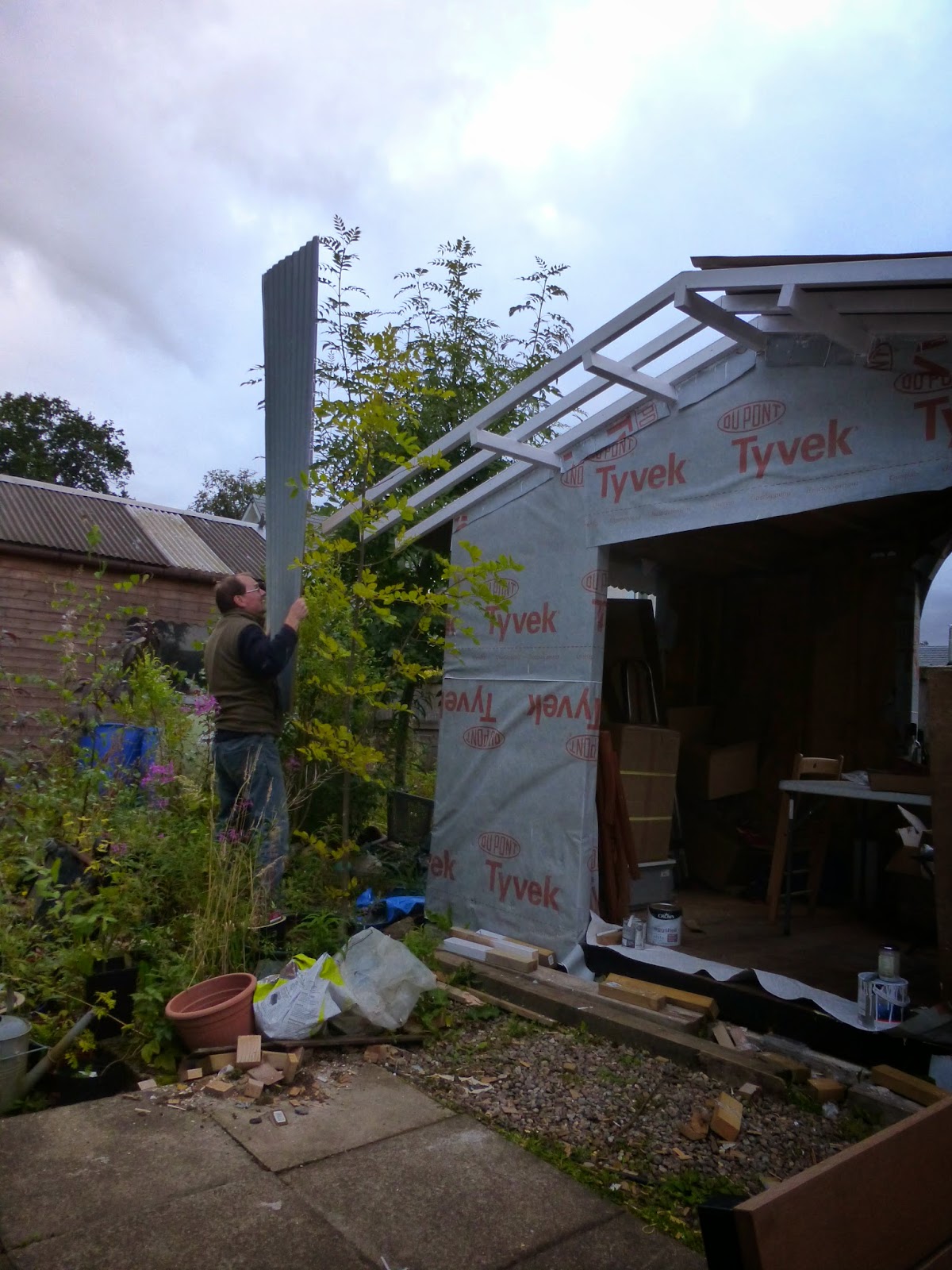 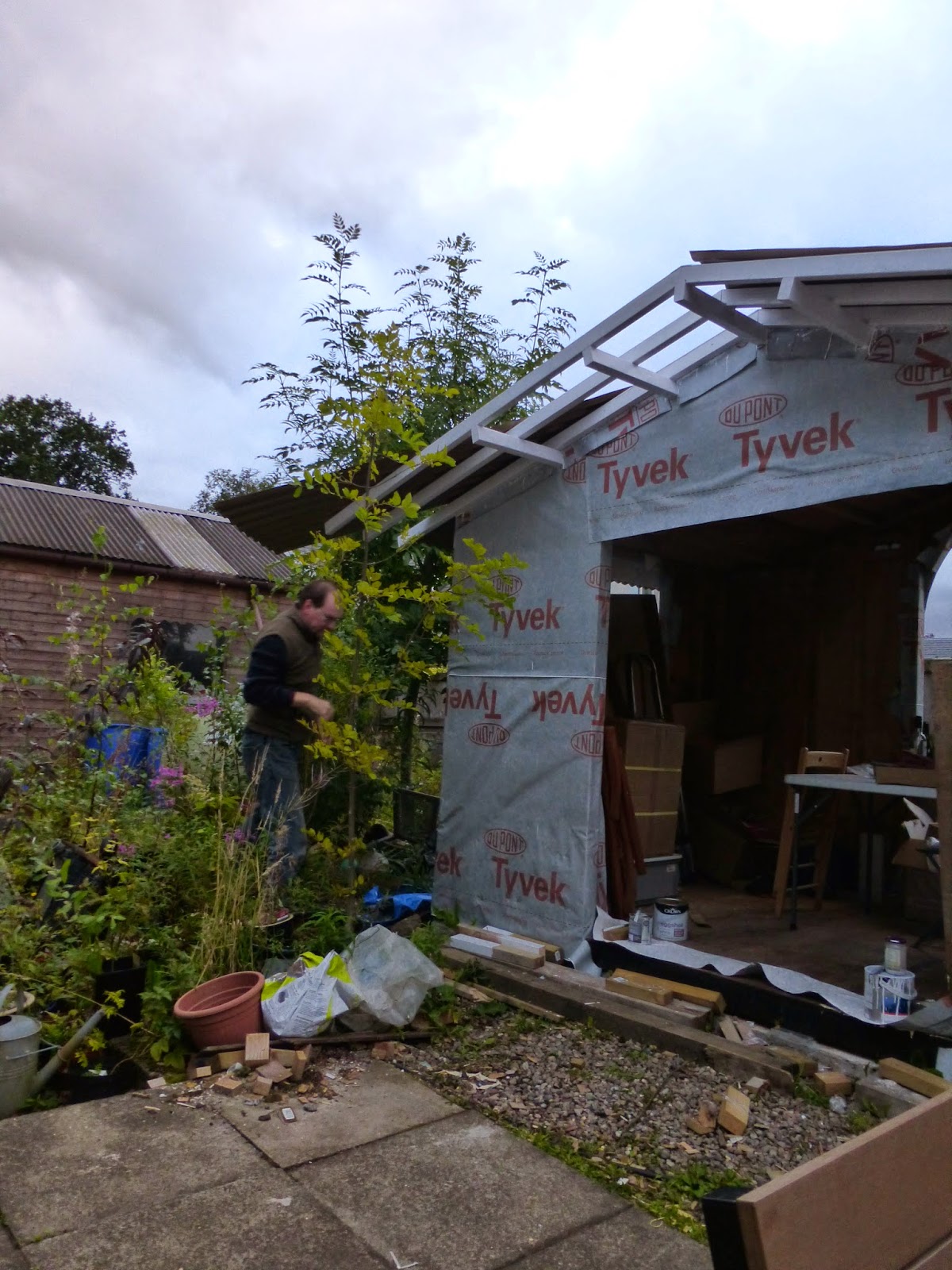 The panels are held in place with long roofing screws and washers. 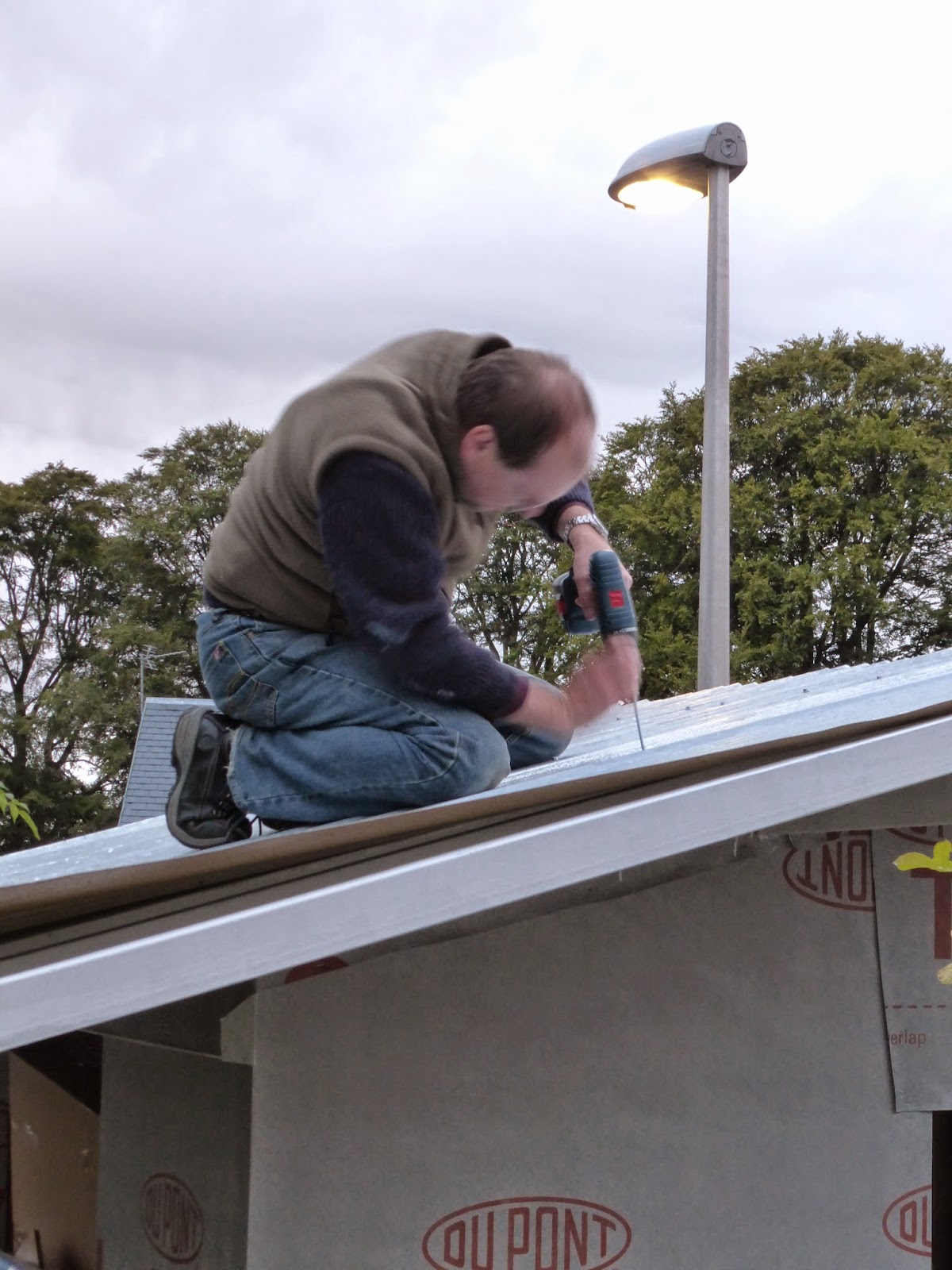 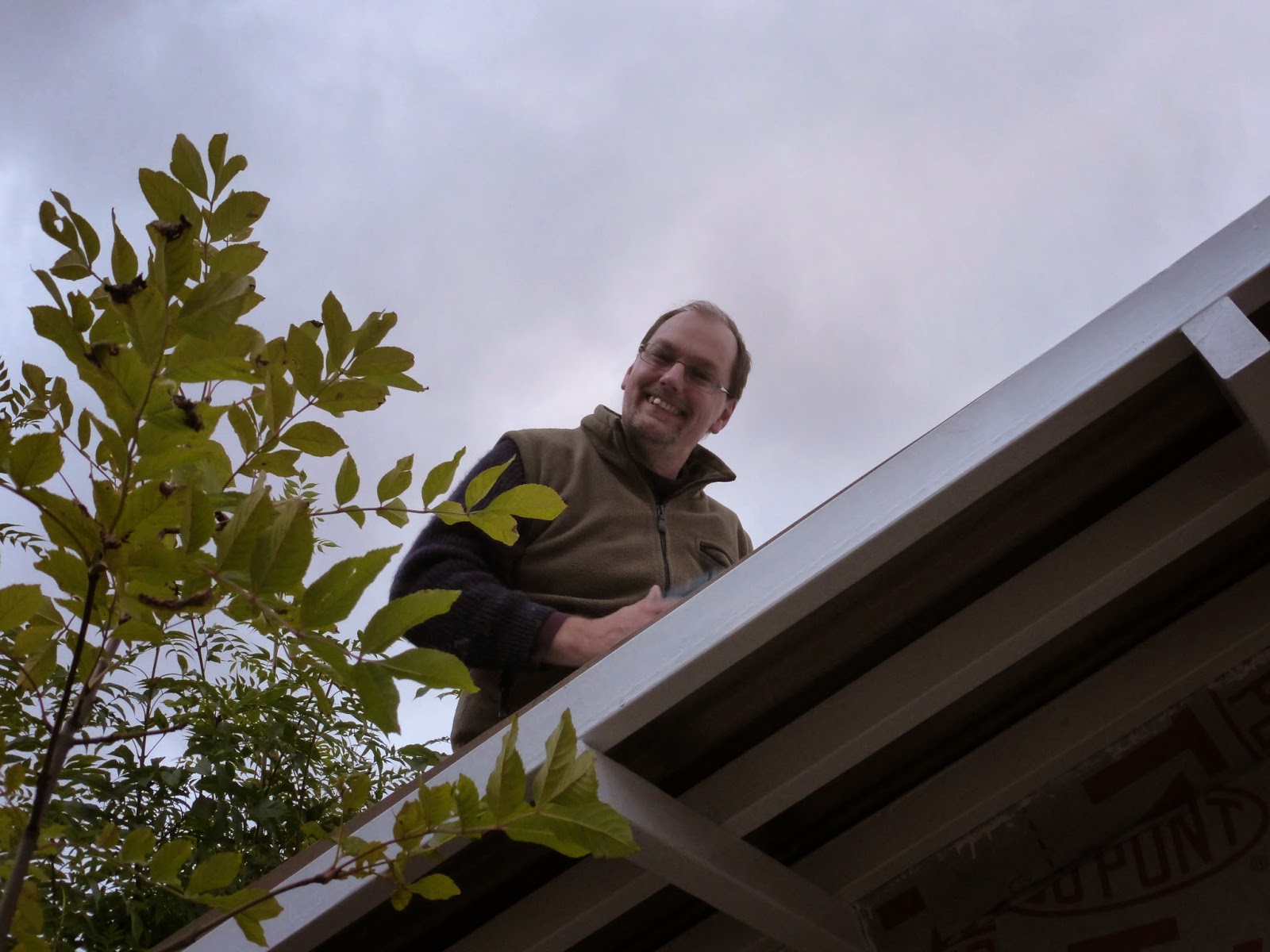 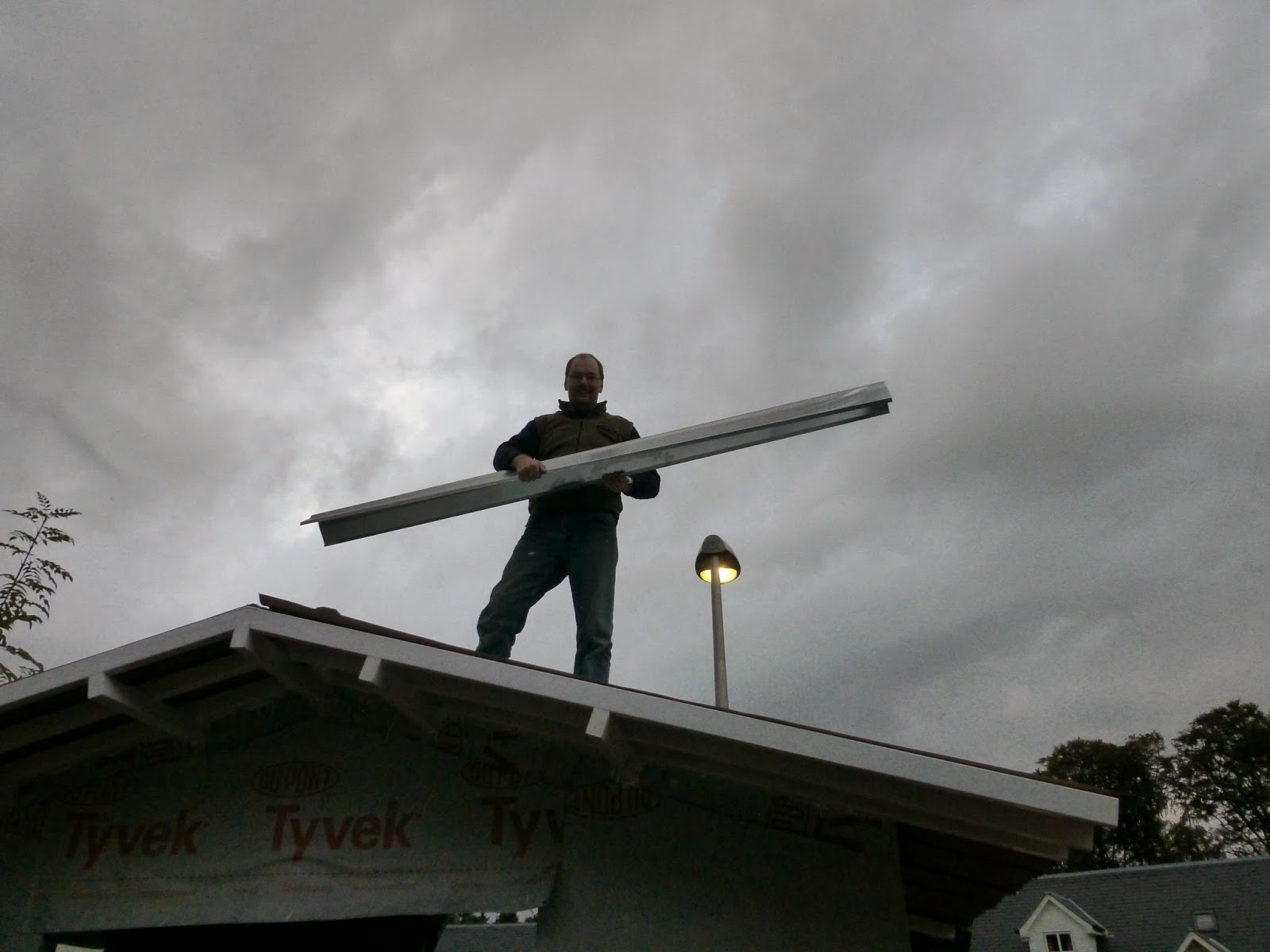 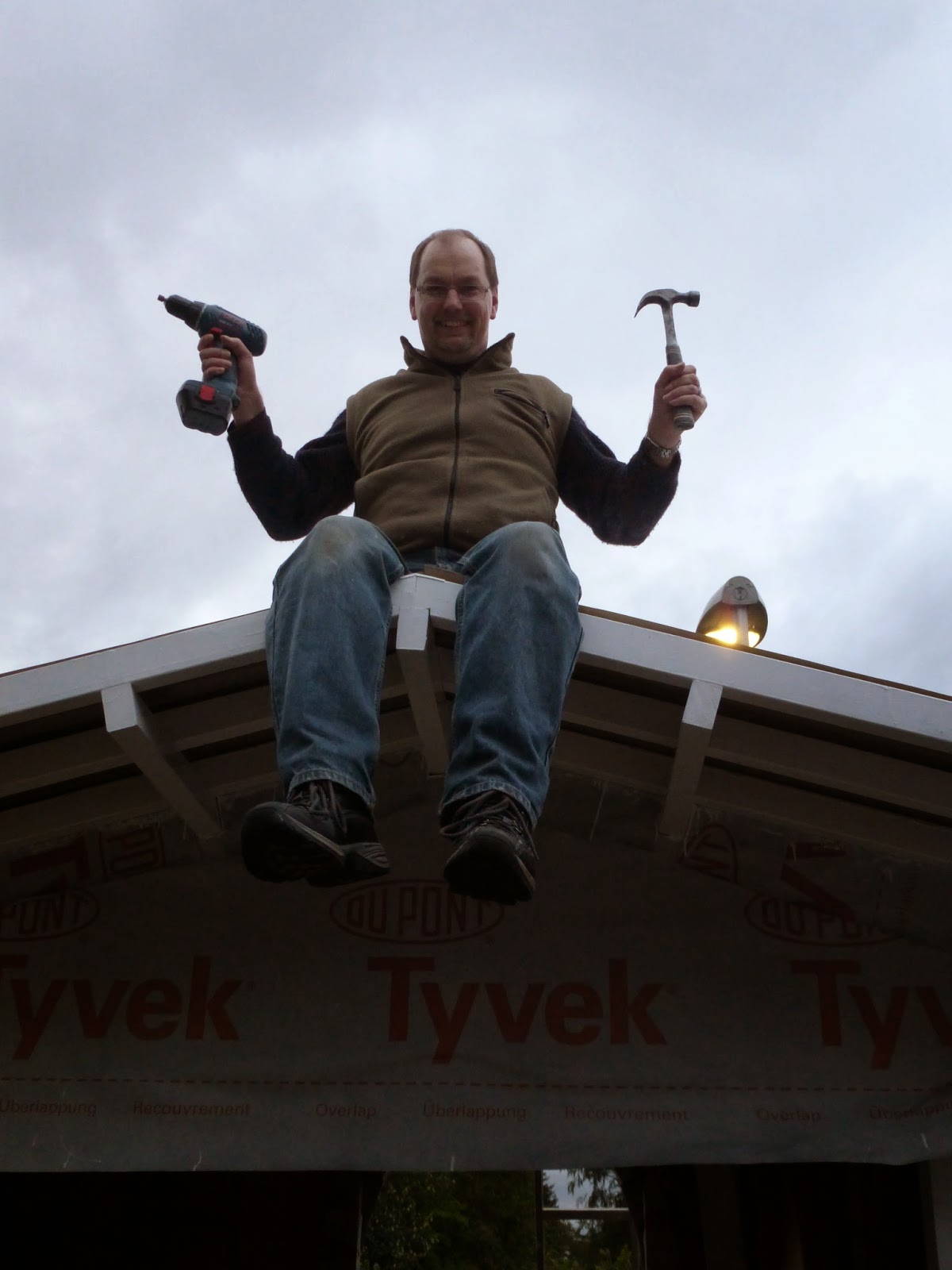 The summerhouse has started to look more and more Japanese.  We thought it looks a bit like the roof of my old house in Yuza (now demolished).  Look at the large roof finials on the tiled roof. So I started to look for some recycled Japanese roof tiles on Yahoo Japan Auctions and found a few that might do.  These tiles are called onigawara ('demon tile') although they don't always feature oni.

The oni goblin design motif is thought to have originated from a previous architectural element, the oni-ita,  鬼板 which is a board painted with the face of an oni and was meant to stop roof leaks. 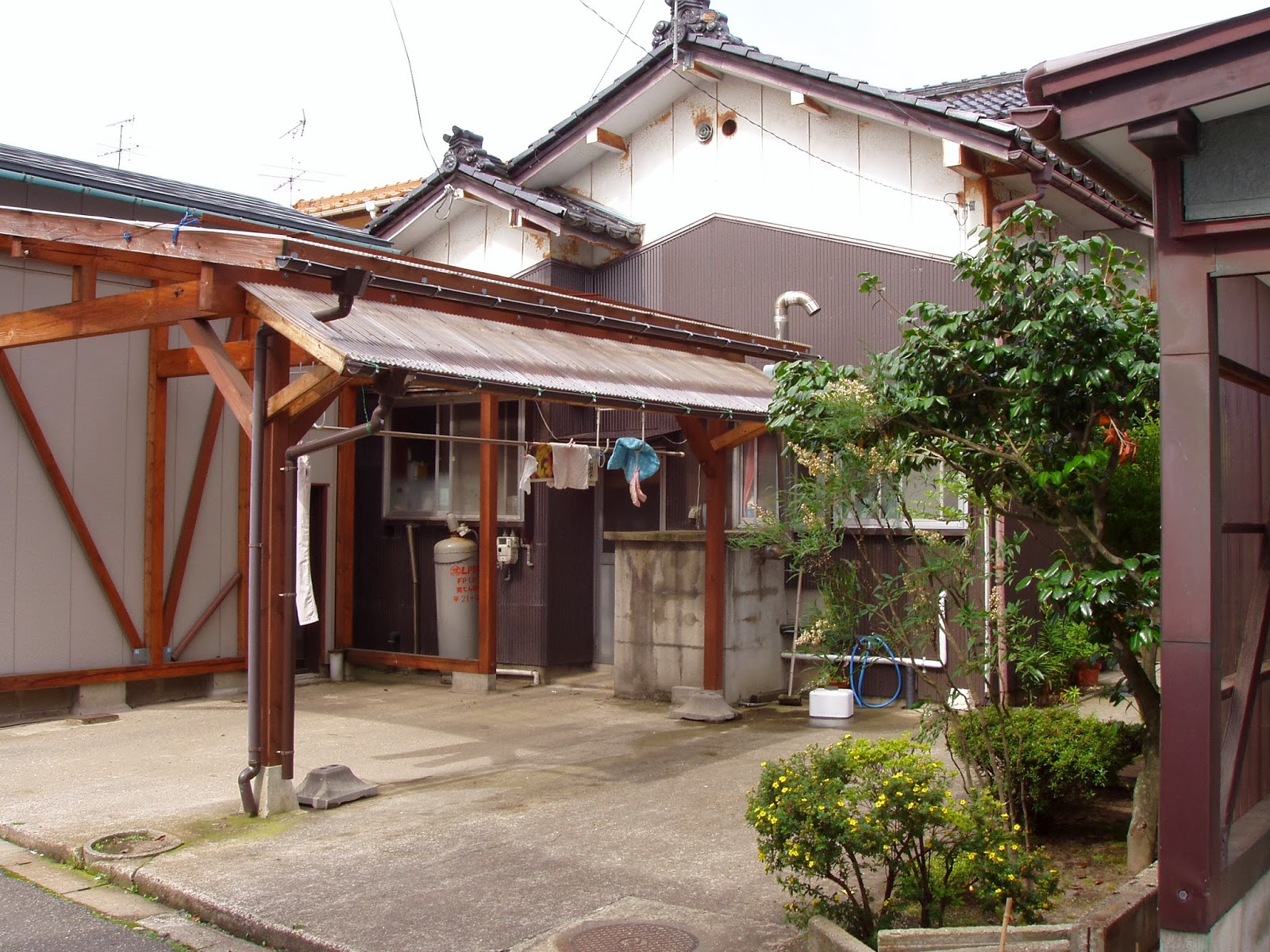 They are a typical feature of Japanese roofs, especially the heavy tiled roofs seen around Yuza, so it would be nice to have them.  This is typical of the elaborate roof shapes seen in my old neighbourhood - my old house was really quite plain compared with many of the neighbours' houses. 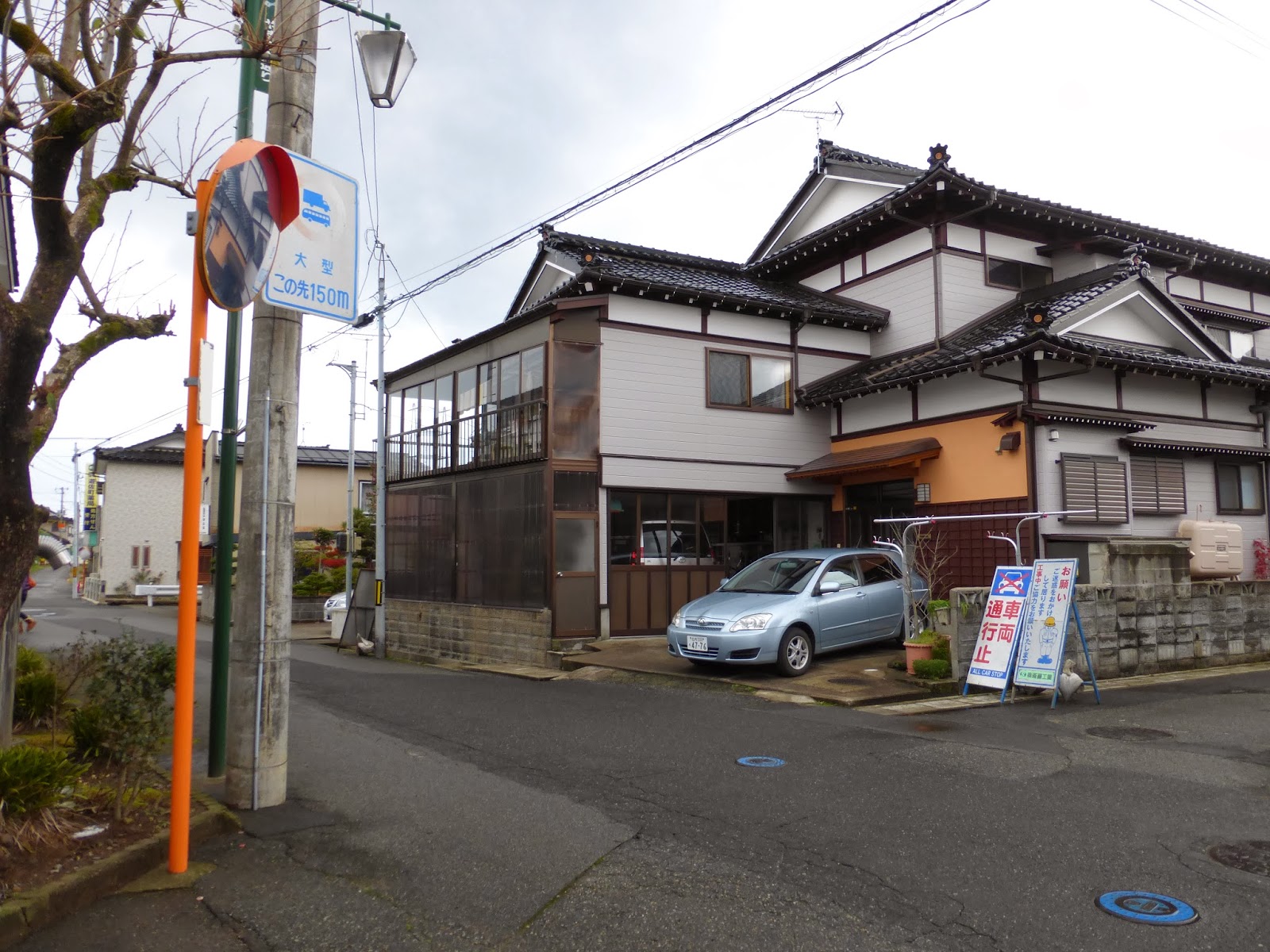 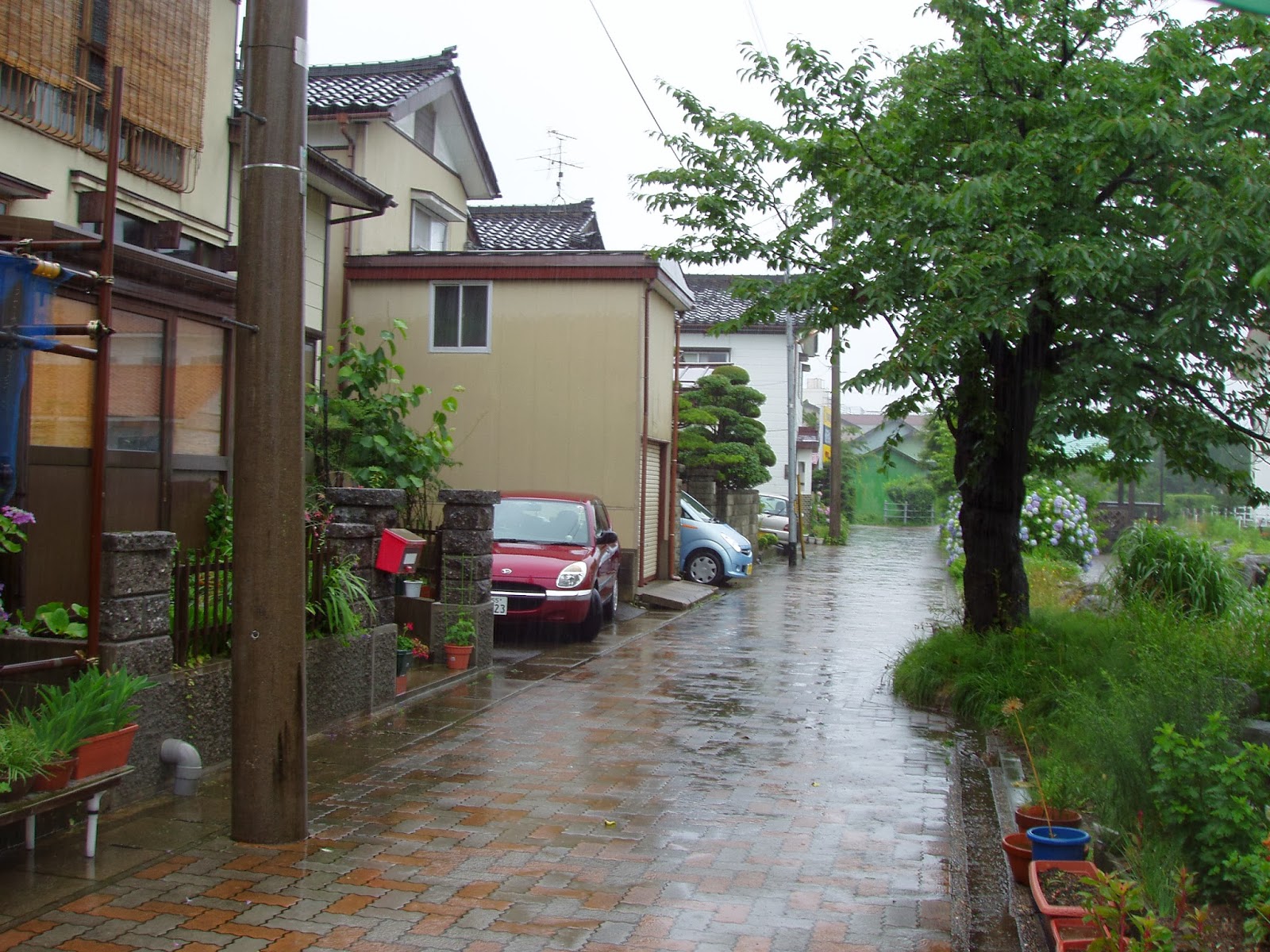 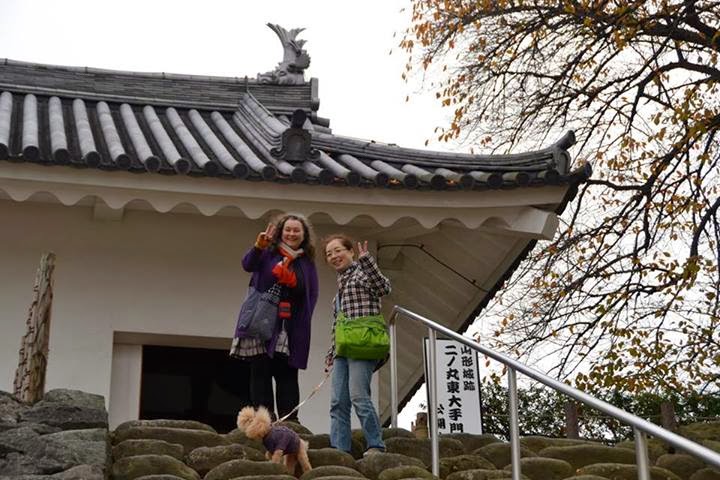 I don't want something quite as ornate as those on Yamagata castle - I probably couldn't afford those anyway. 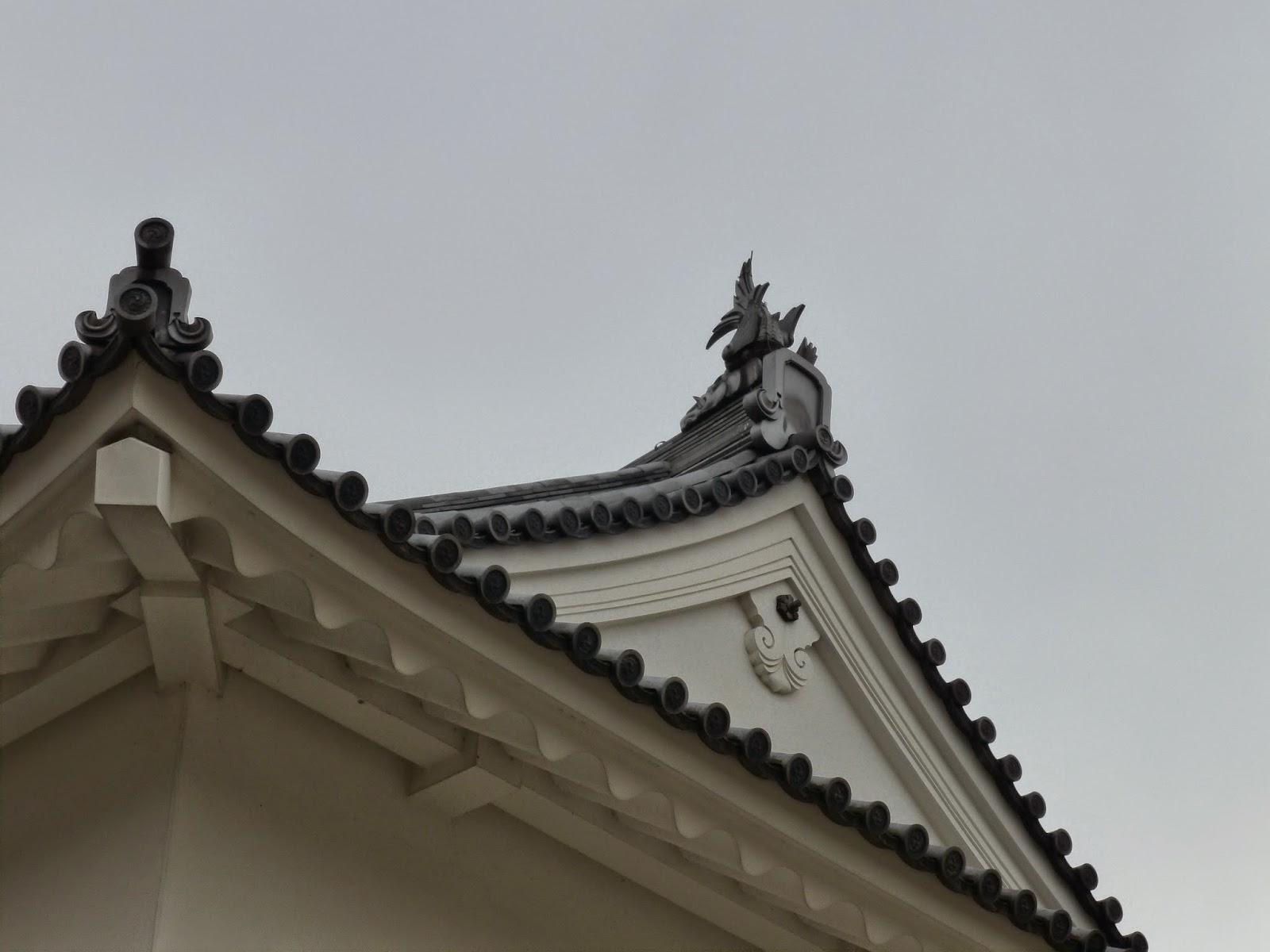 This one is a very interesting design - in metal, and it adjusts to the angle of the roof.  But they cost about £85 each, which would make the roof a bit expensive.  The YJA seller is in Yamagata. 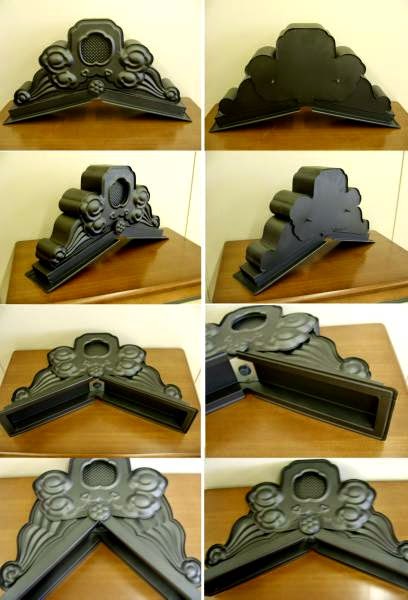 I like the shape of this one too - and it is plastic... the hire wave patterns are very lively on this 'tile'. 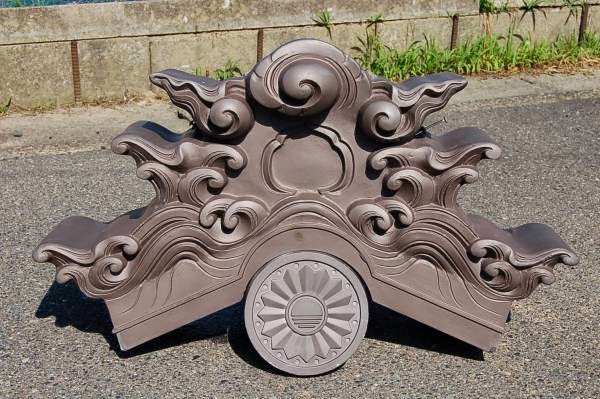 However, our roof pitch is 15-degrees, so I think I might be able to find some which are close enough.  I'll keep looking!
Posted by Susan Briscoe at 11:09