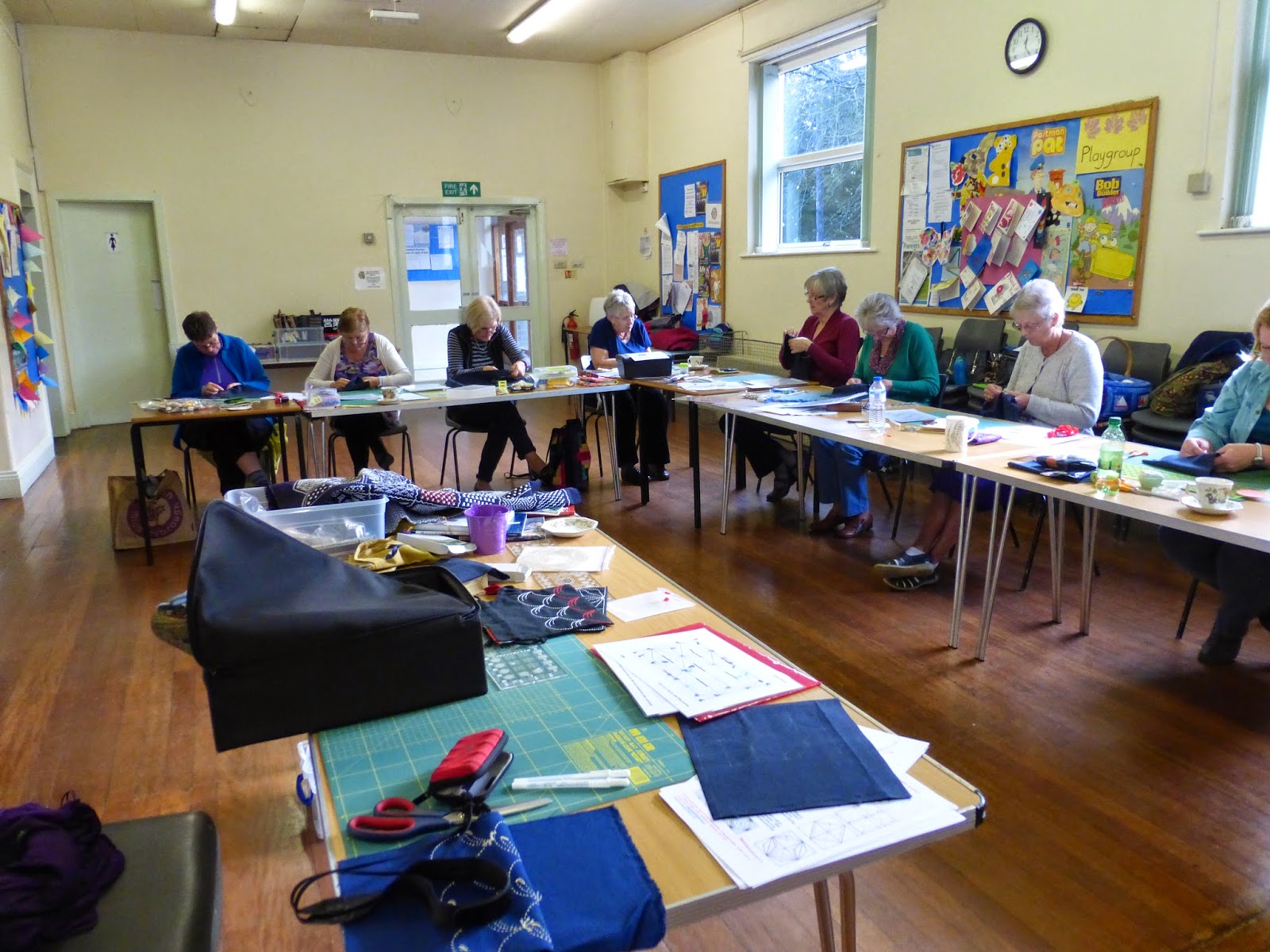 Pieceful Days quilt group spent a busy but relaxing day on Thursday learning how to mark and stitch several sashiko designs on panels for kinchaku (drawstring) bags - shippo (seven treasures), nowaki ('grasses'), asanoha (hemp leaf) and ganzezashi (sea urchin stitch).   We were at Egglescliffe near Stockton for the workshop and at Worsall village hall for the talk the night before, so I met up with a lot of quilters I know - I'm originally from Stockton.

As well as working hard on their sashiko, especially Brenda Cupryna who turned out to be a super quick stitcher on her nowaki panel, some of the quilters brought projects they had made from my patterns.  Here is a version of my first Sensu quilt, from the pattern that appeared in Popular Patchwork, by Margaret Hughes.  This quilt was the predecessor to the Sensu design from 'Japanese Quilt Inspirations' which had larger blocks and fewer strips. 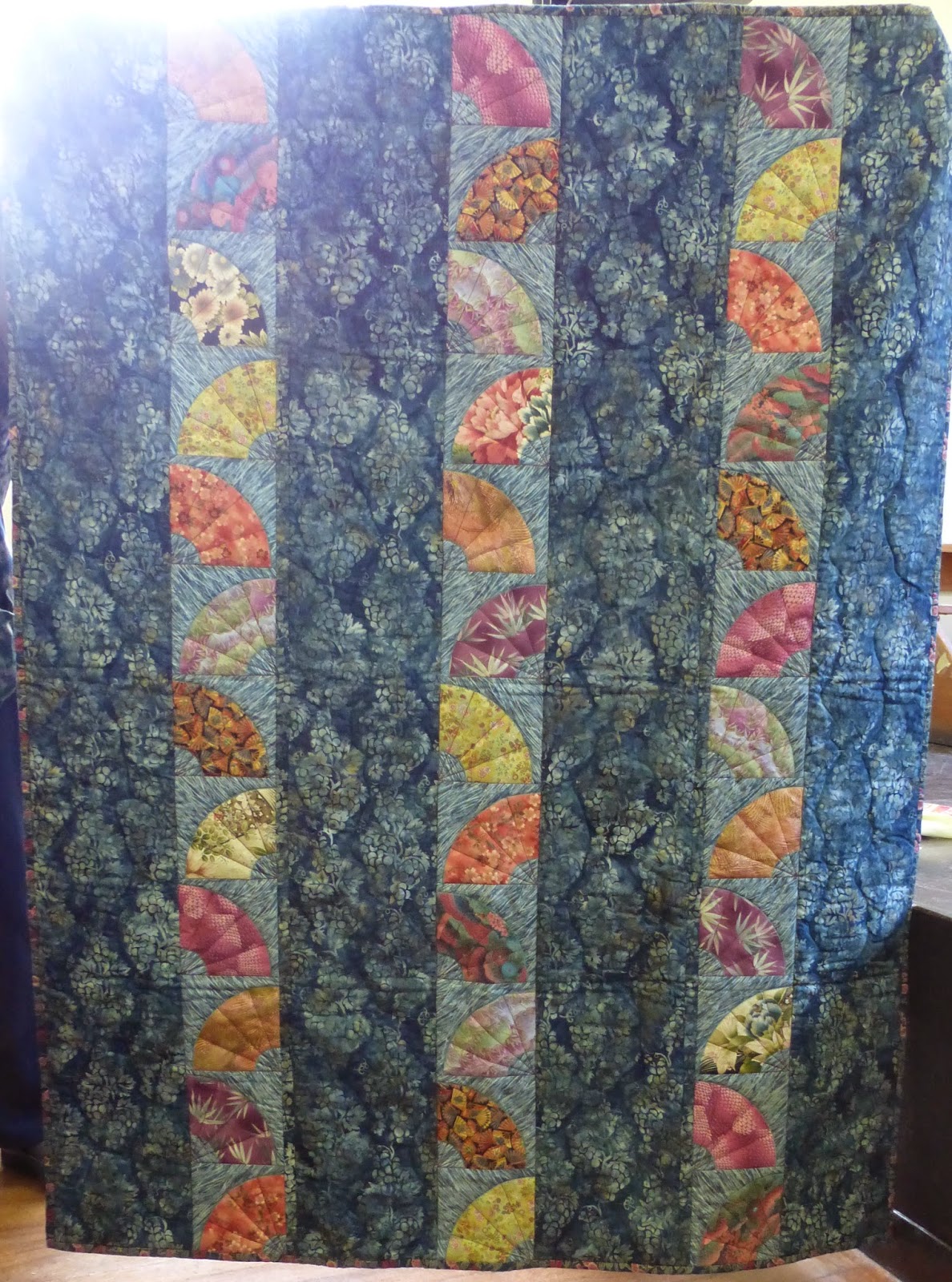 Margaret chose some fabulous fabrics for this, including a great batik for the strips, with a grape vine design. 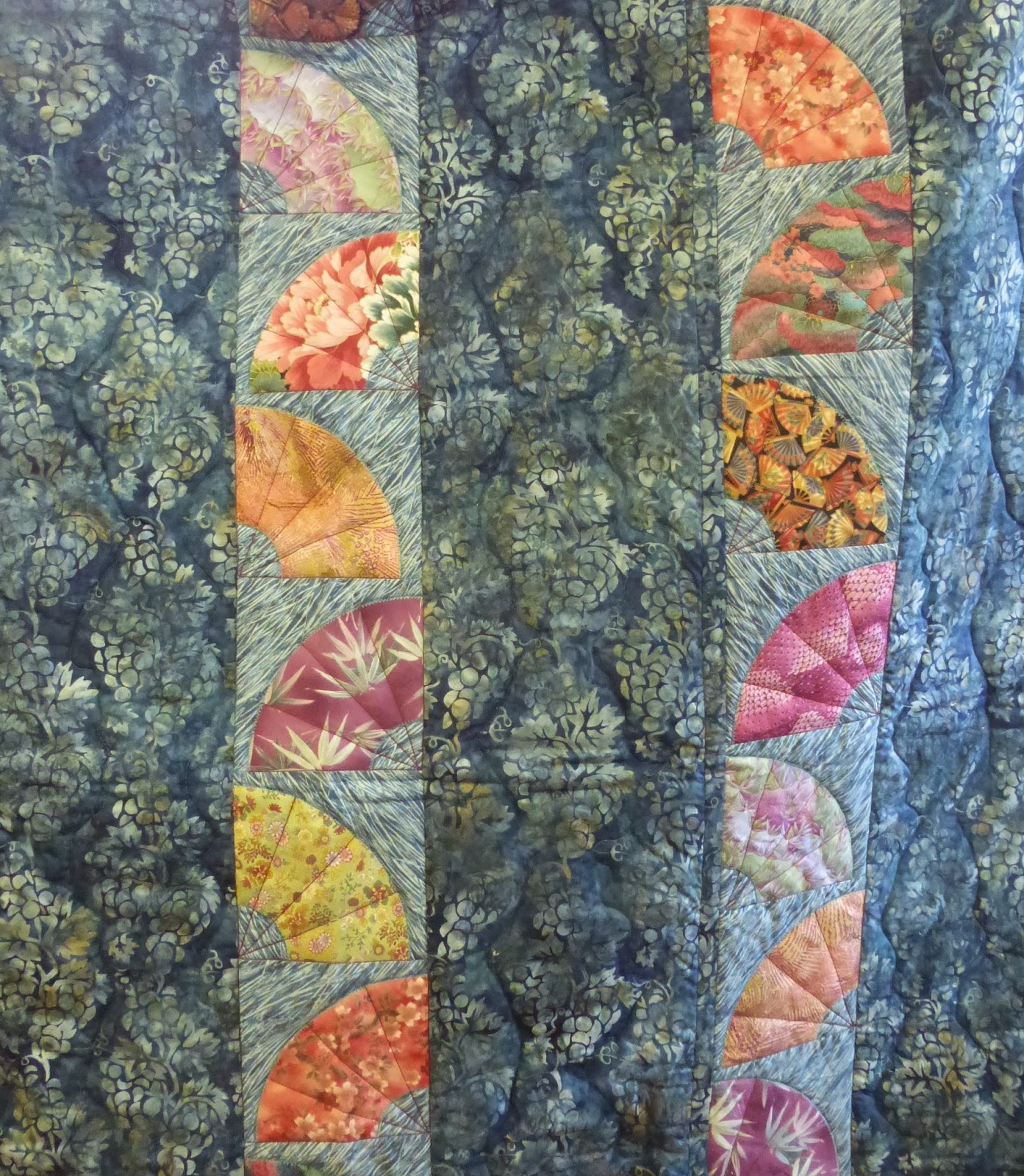 Jane Neal has been making bags as a charity fundraiser and adapted this block from the Retro chapter in '130 Little Quilt Blocks'.  Very effective. 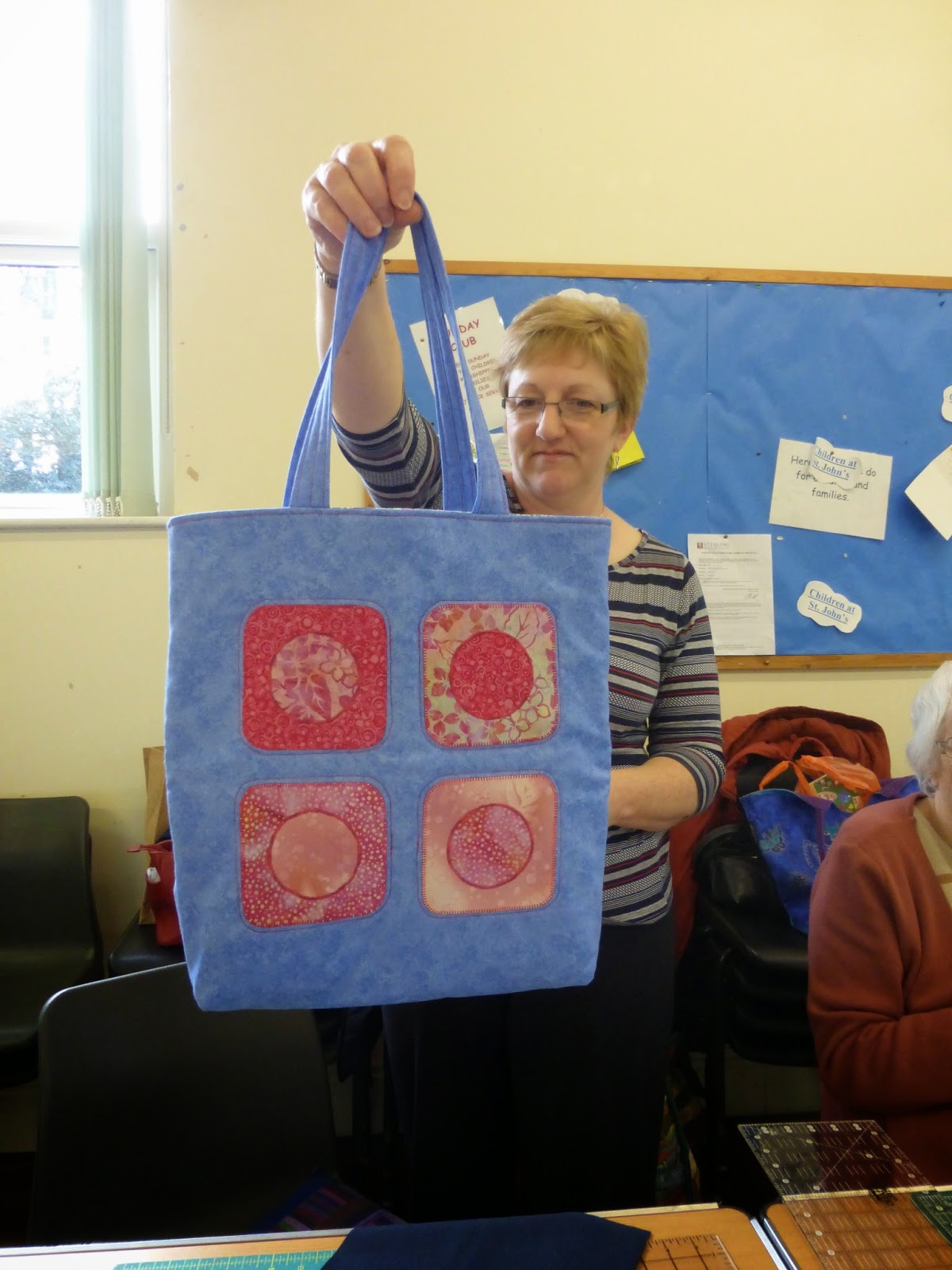 Maybe they'll have their kinchaku bags finished soon too?