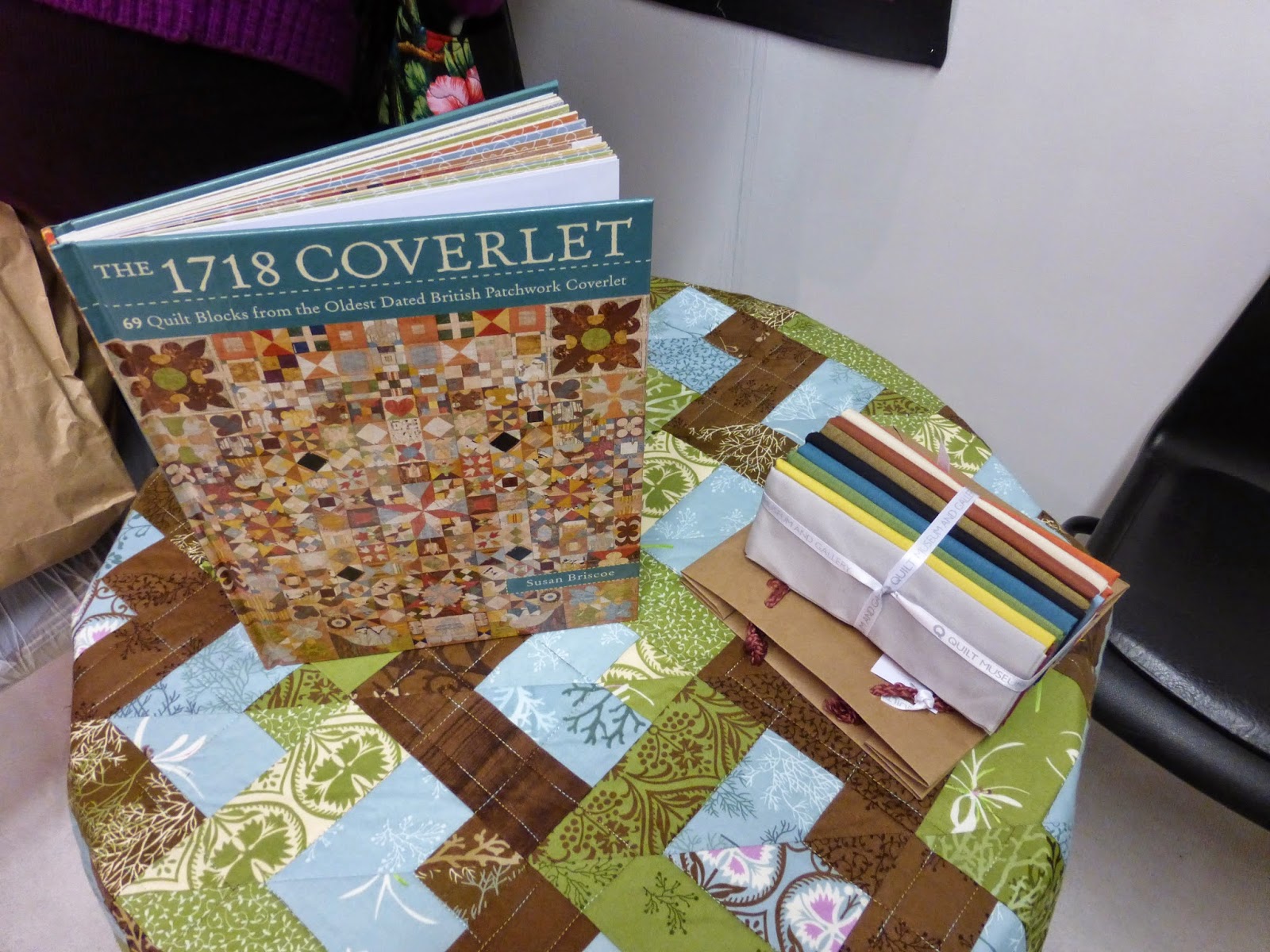 Saturday before last we were at the Knitting and Stitching Show at Harrogate.  I was demoing on the Quilters' Guild stand, with one of the blocks from the 1718 coverlet, and Glyn helped out at Japan Crafts while it was busiest midday.  Afterwards, he joined us on the Guild stand and had a go at making hexagon rosettes.  It was the first time he'd stitched hexagons or done any English paper piecing.  We timed his second hexagon - 34 minutes.  I think he is hooked. 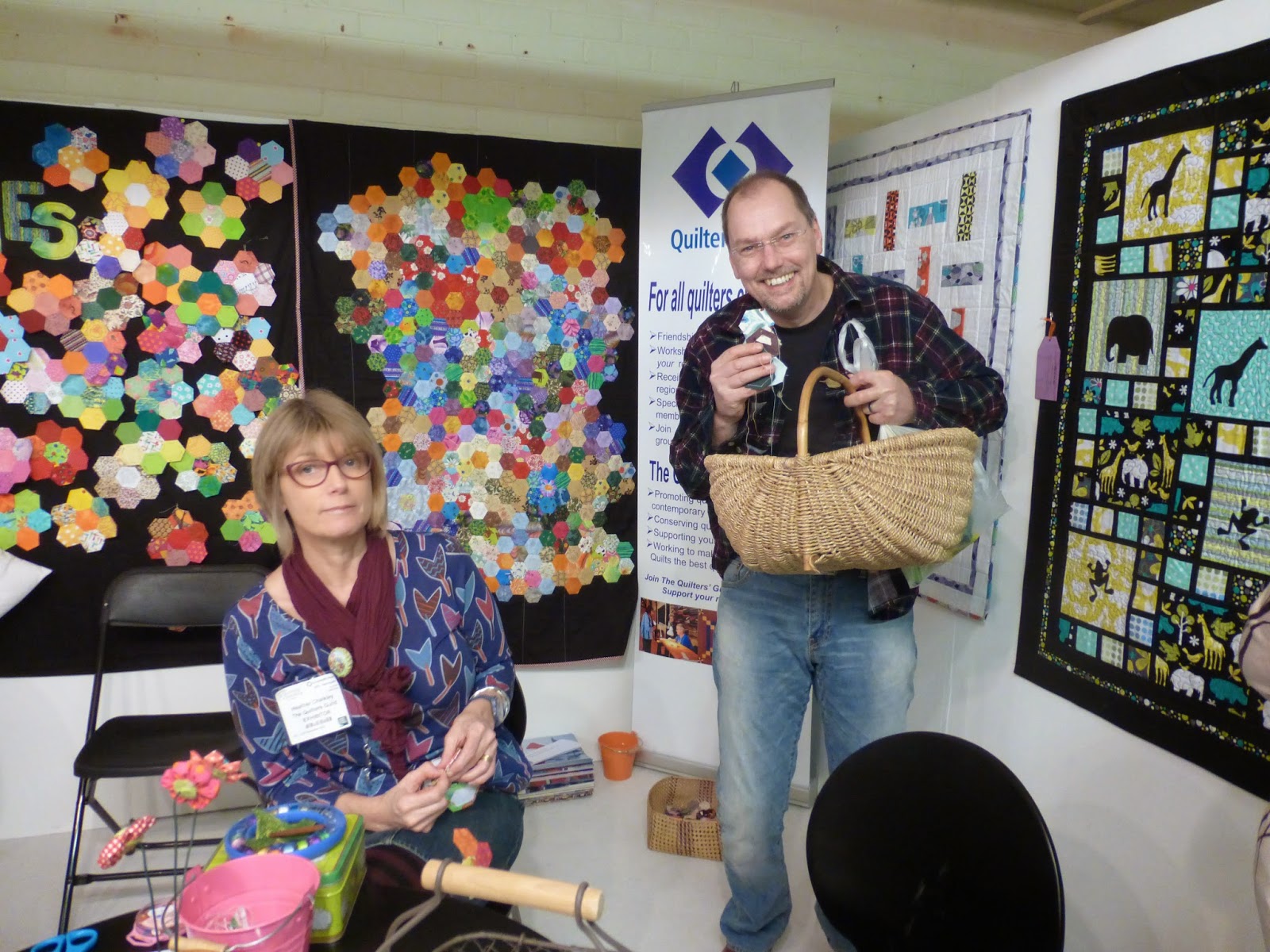 This year all the various guilds and groups had their stands in one of the basement halls rather than being squeezed into the much busier gallery and sales halls above.  It seemed to work out far better, because there was more space, so the hexagon rosette drop in session could be run on the stand itself and visitors had more space to see what was going on.  This year, the Guild focused more on current quiltmaking rather than bringing antique quilts - the '1718' hanging behind the table is a large digital print of the original - things that people could touch.  It was busy all day. 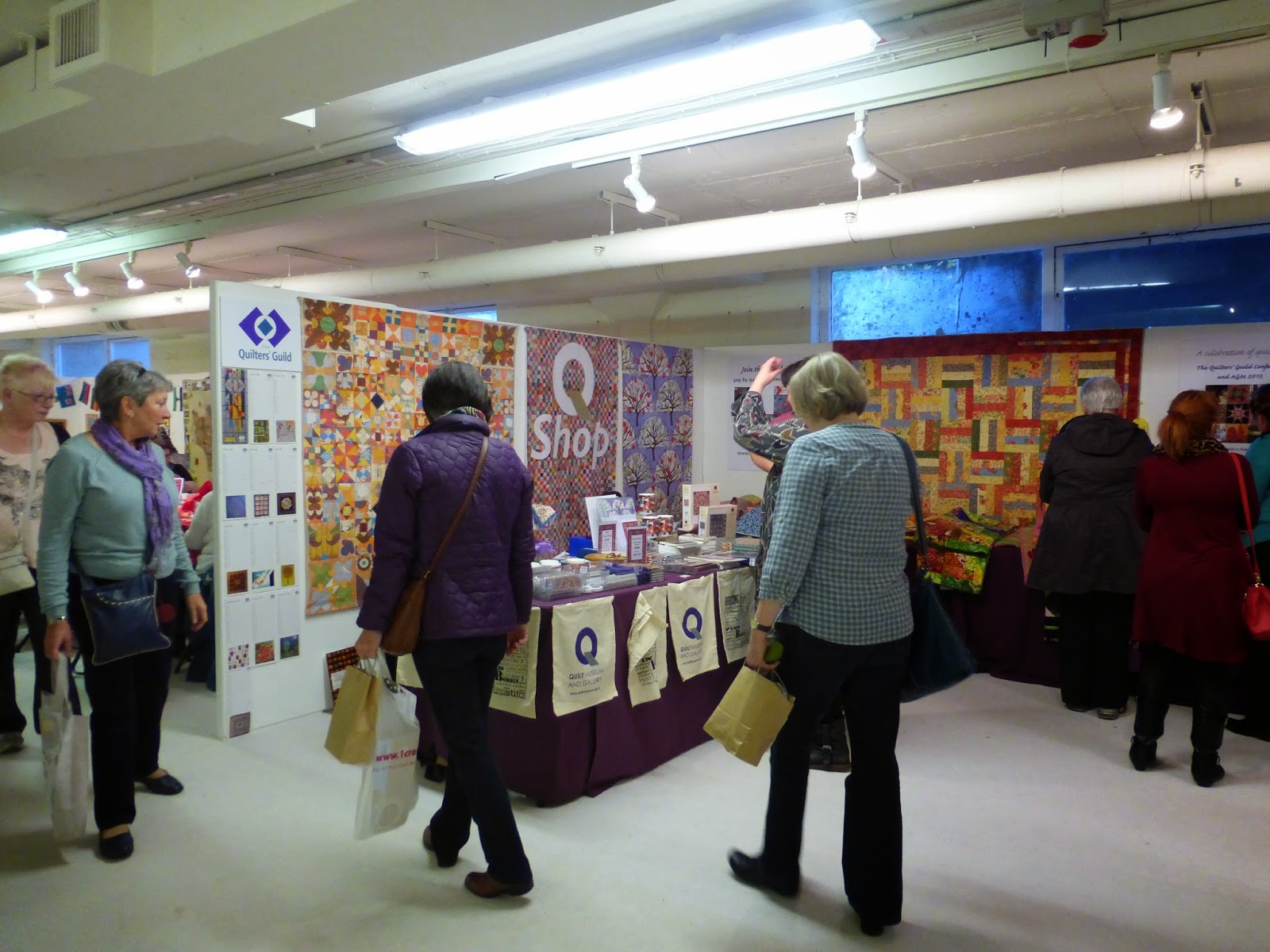 Towards the end of the afternoon, there was time for a little shopping (hand dyed yarn and a lovely piece of Irish tweed for me) and the galleries weren't as packed as when we arrived in the morning.  Our favourite gallery was by Zero3.   Some of the quilts were still for sale, so I have added prices - if you are interested, the quilters can be contacted via their website. 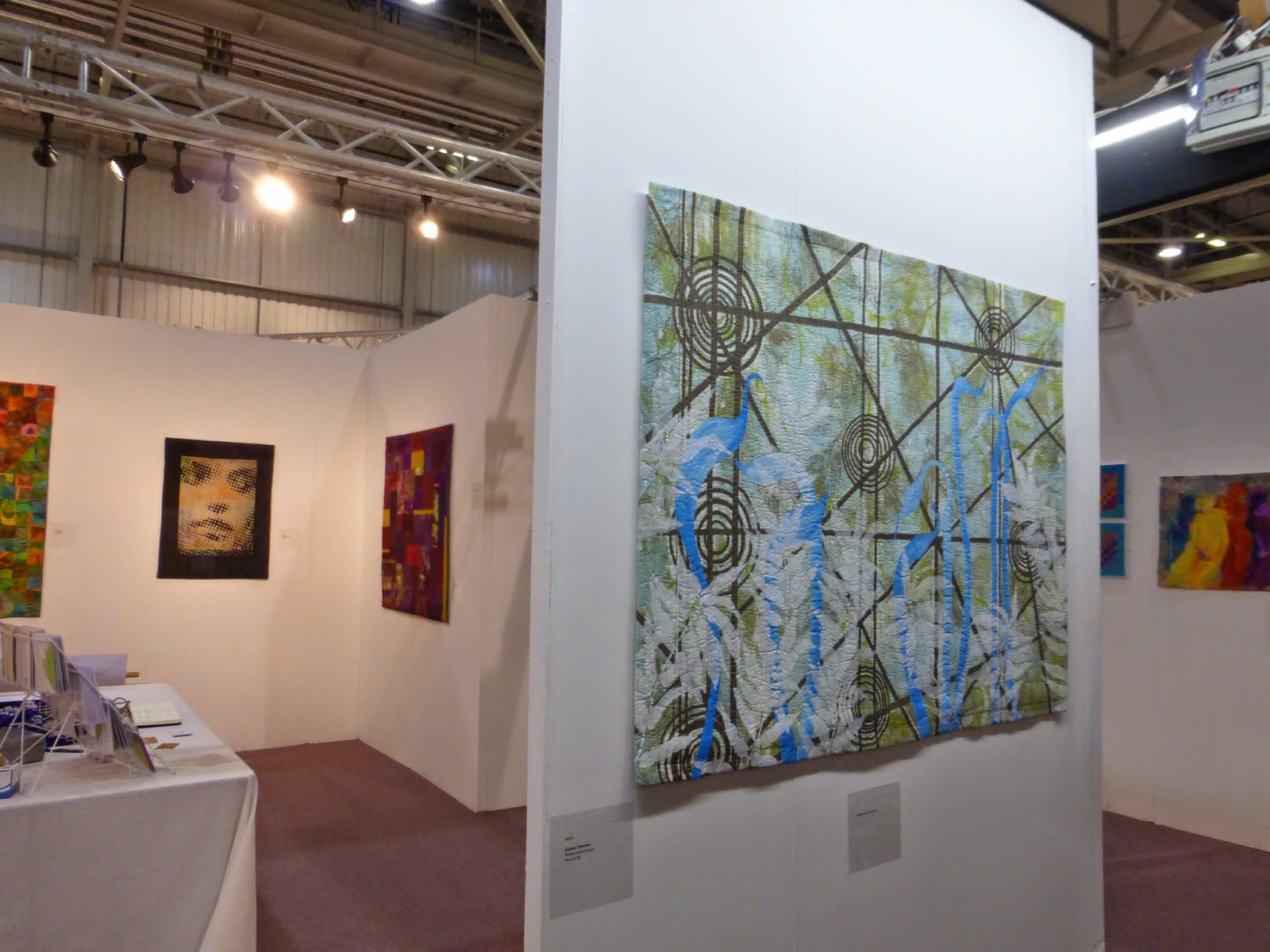 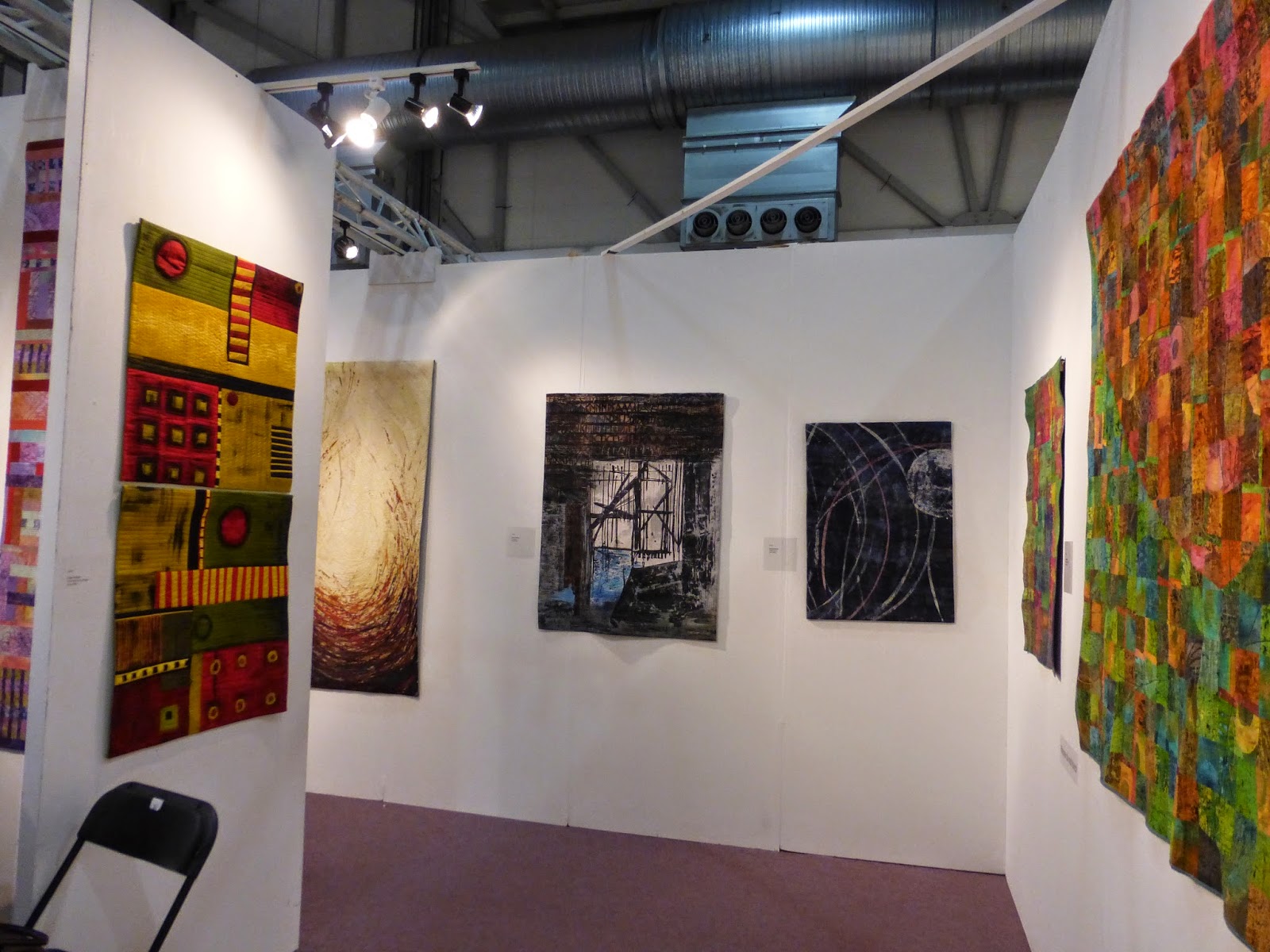 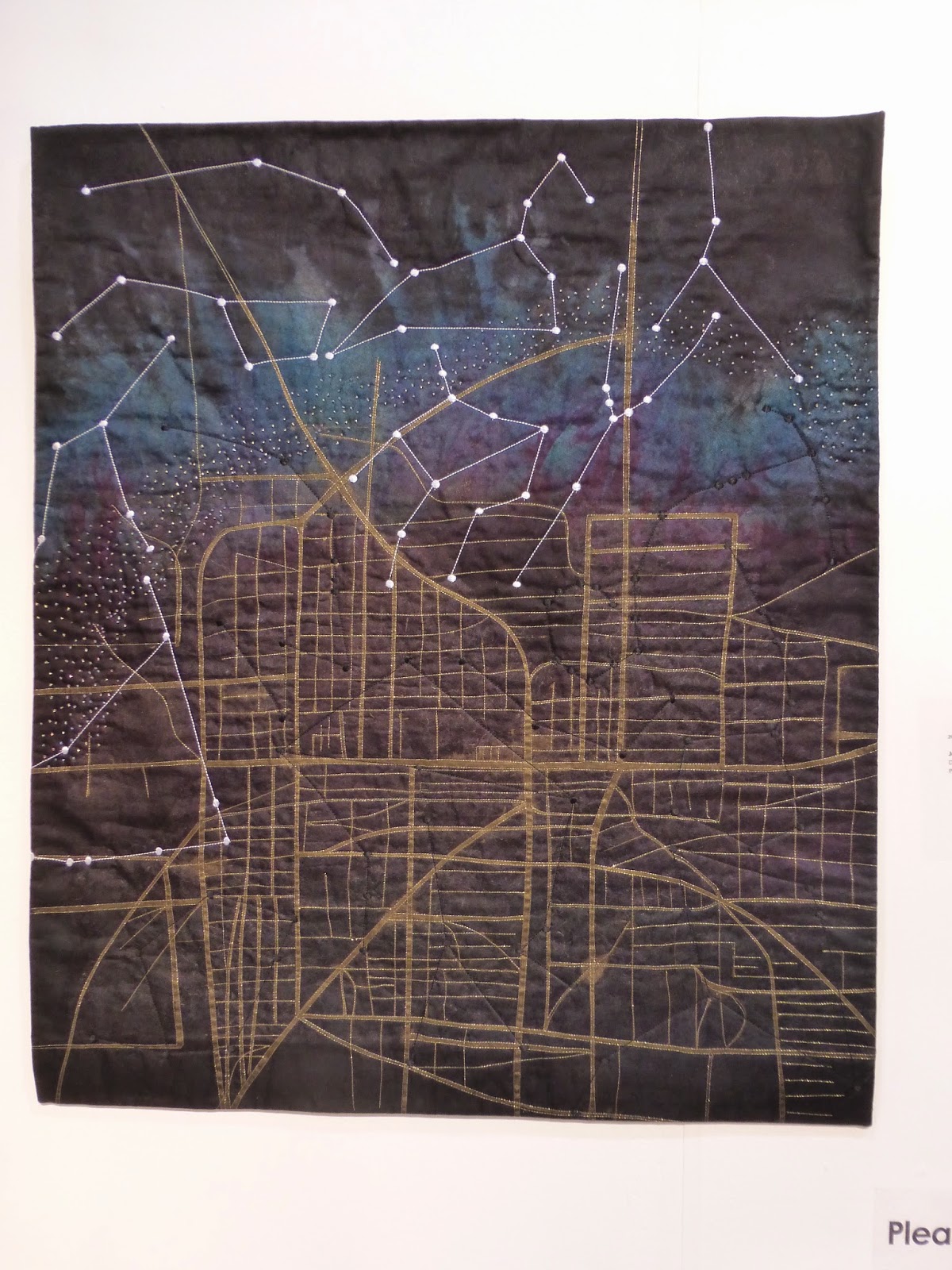 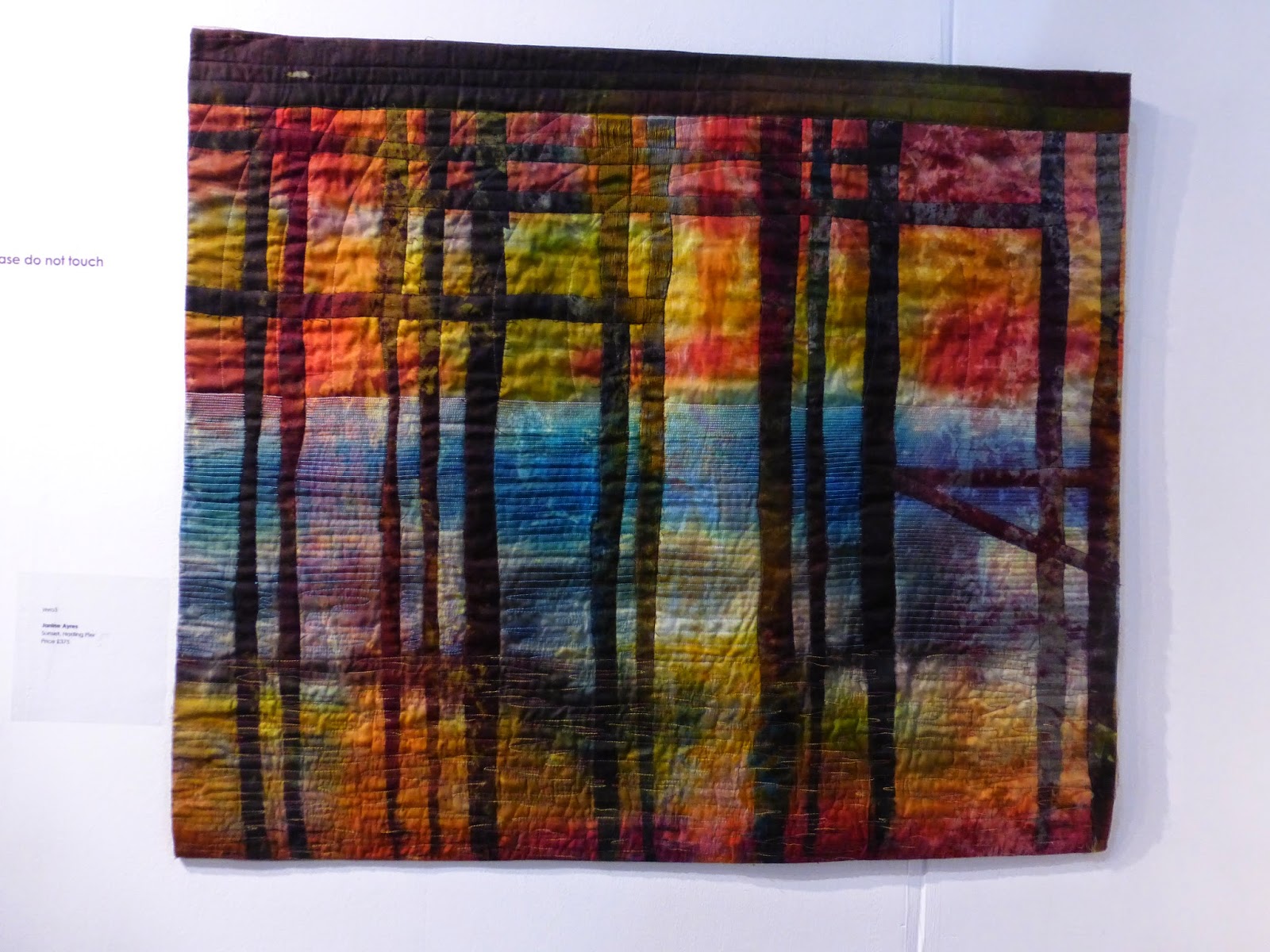 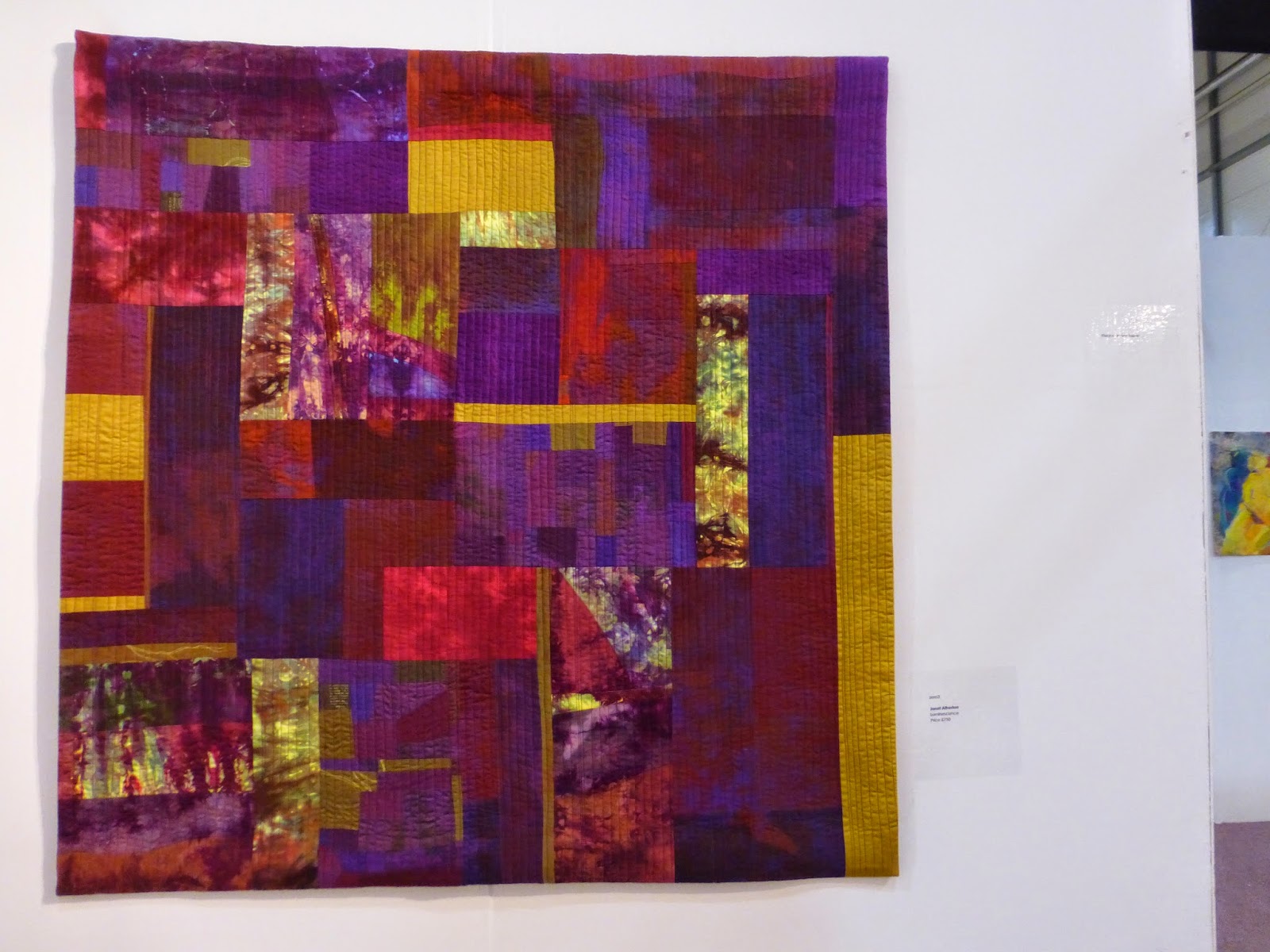 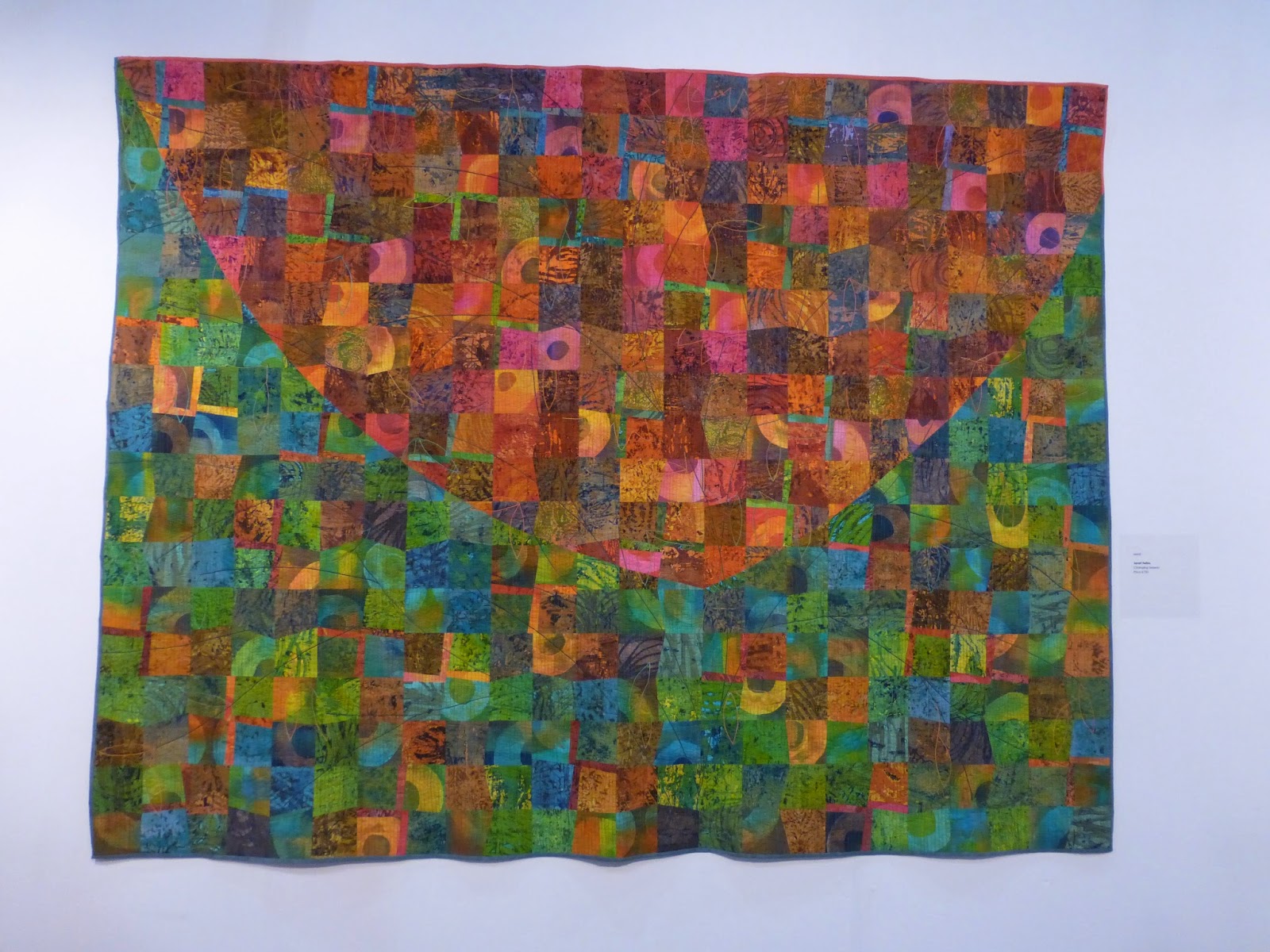 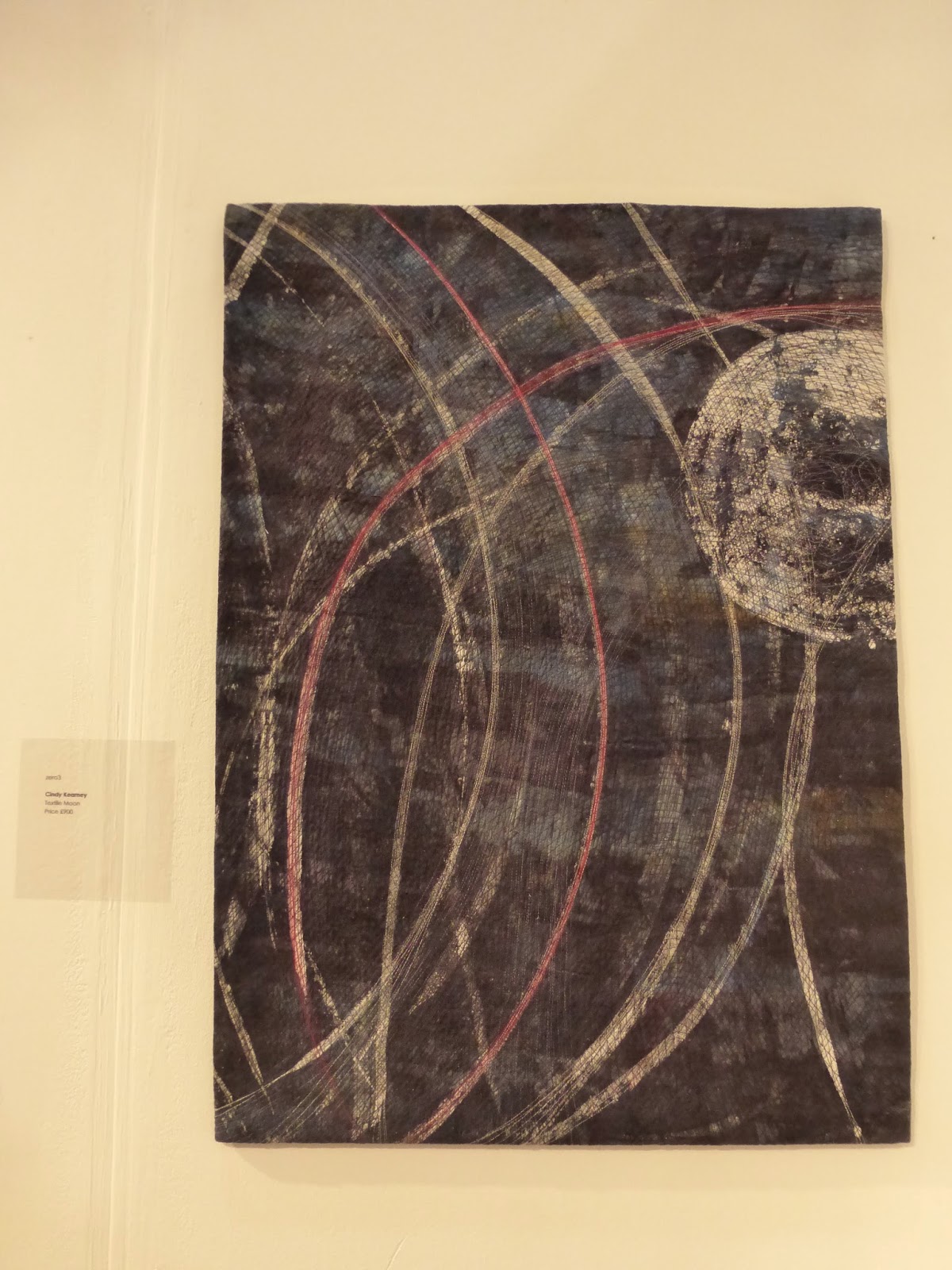 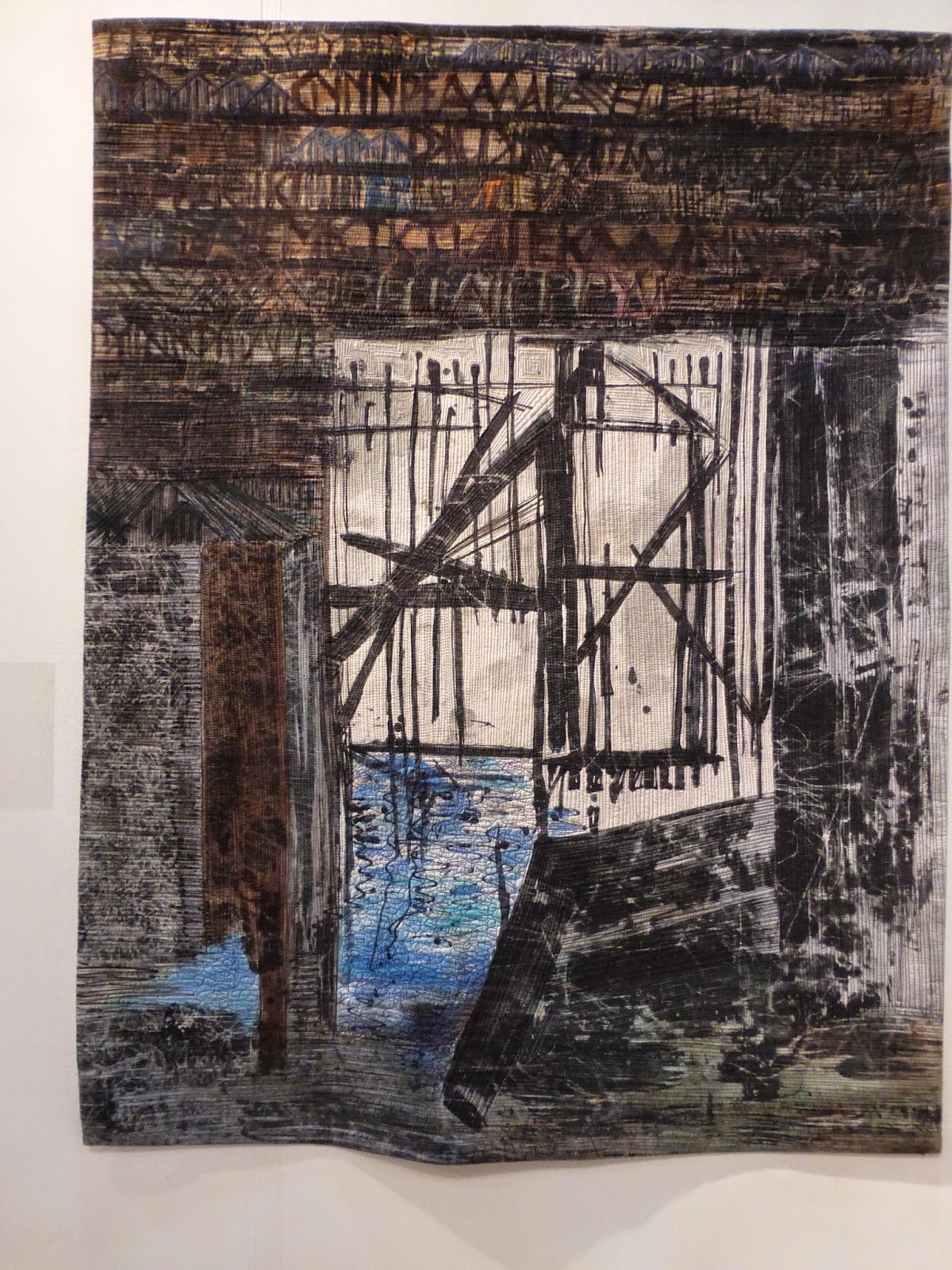 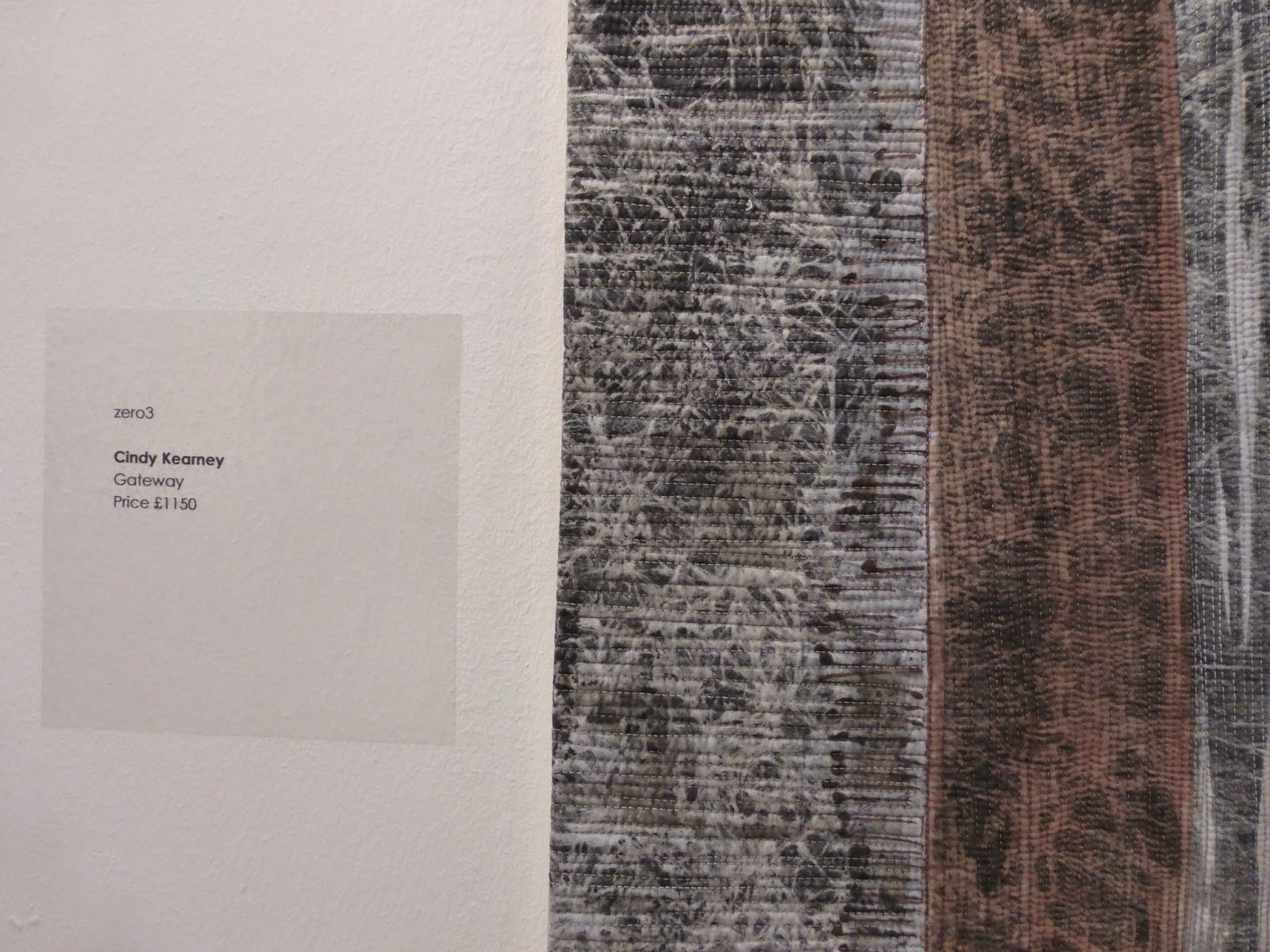 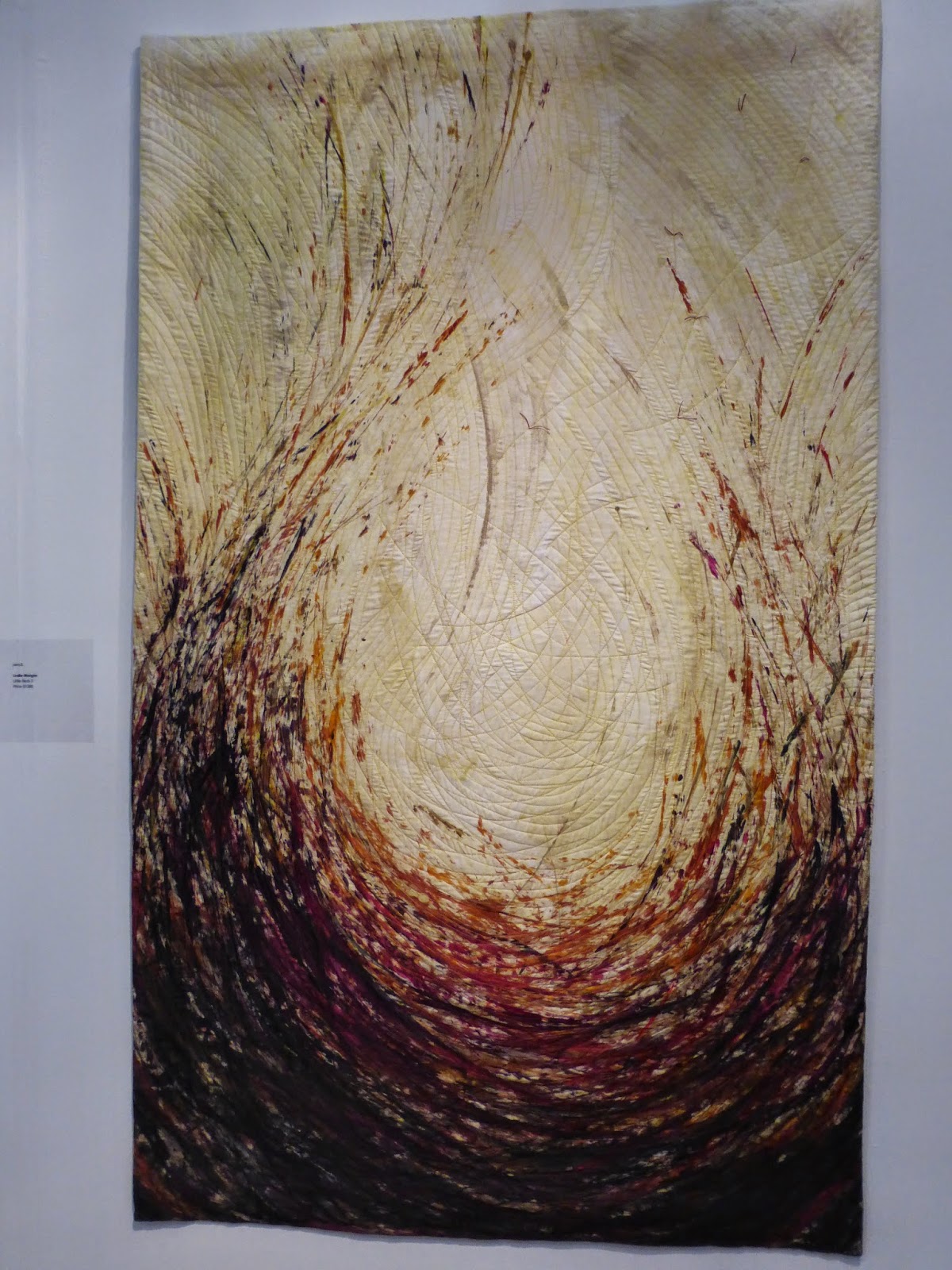 "Playing with monoprinting" by Audrey Critchley (£575). 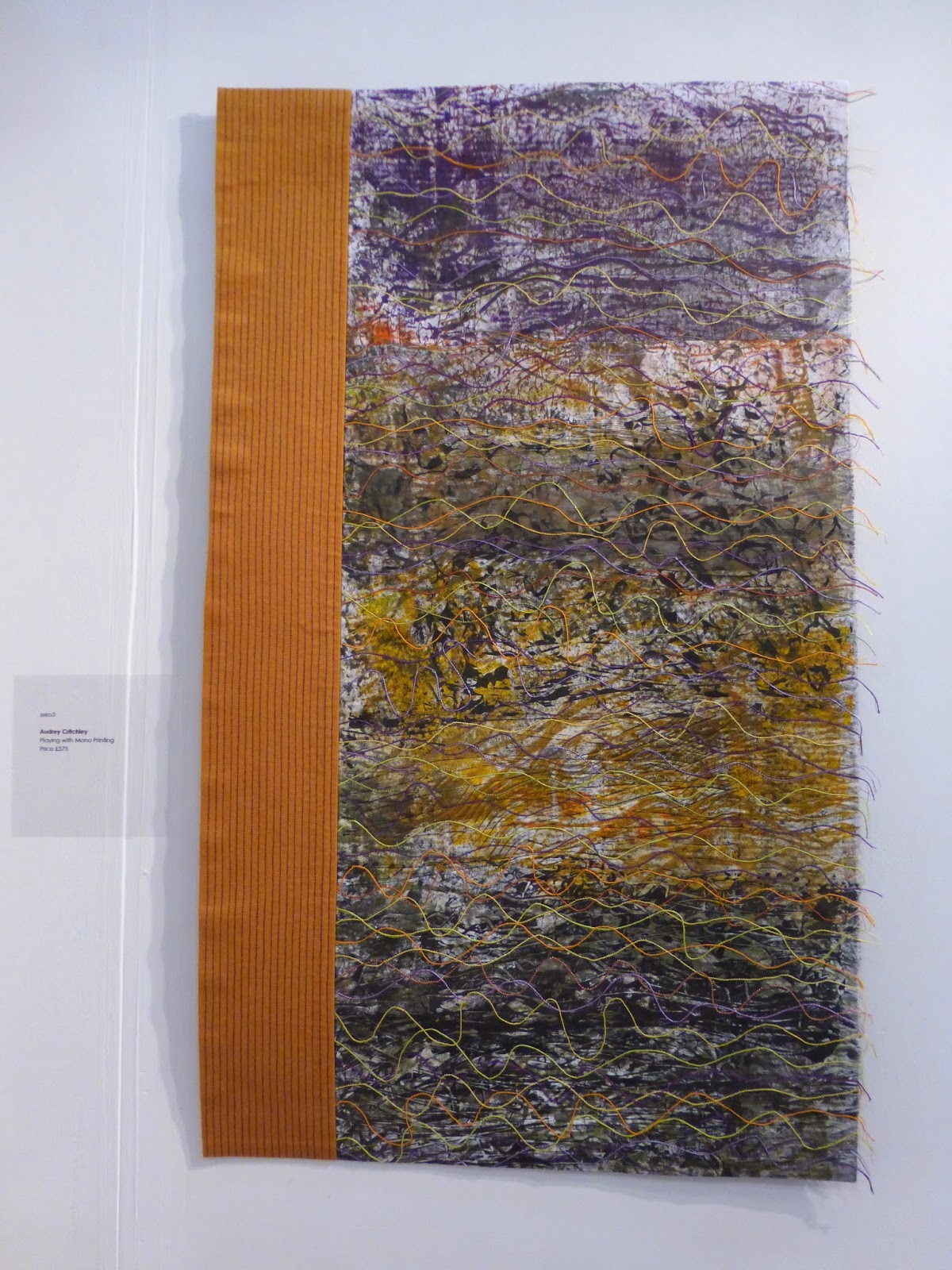 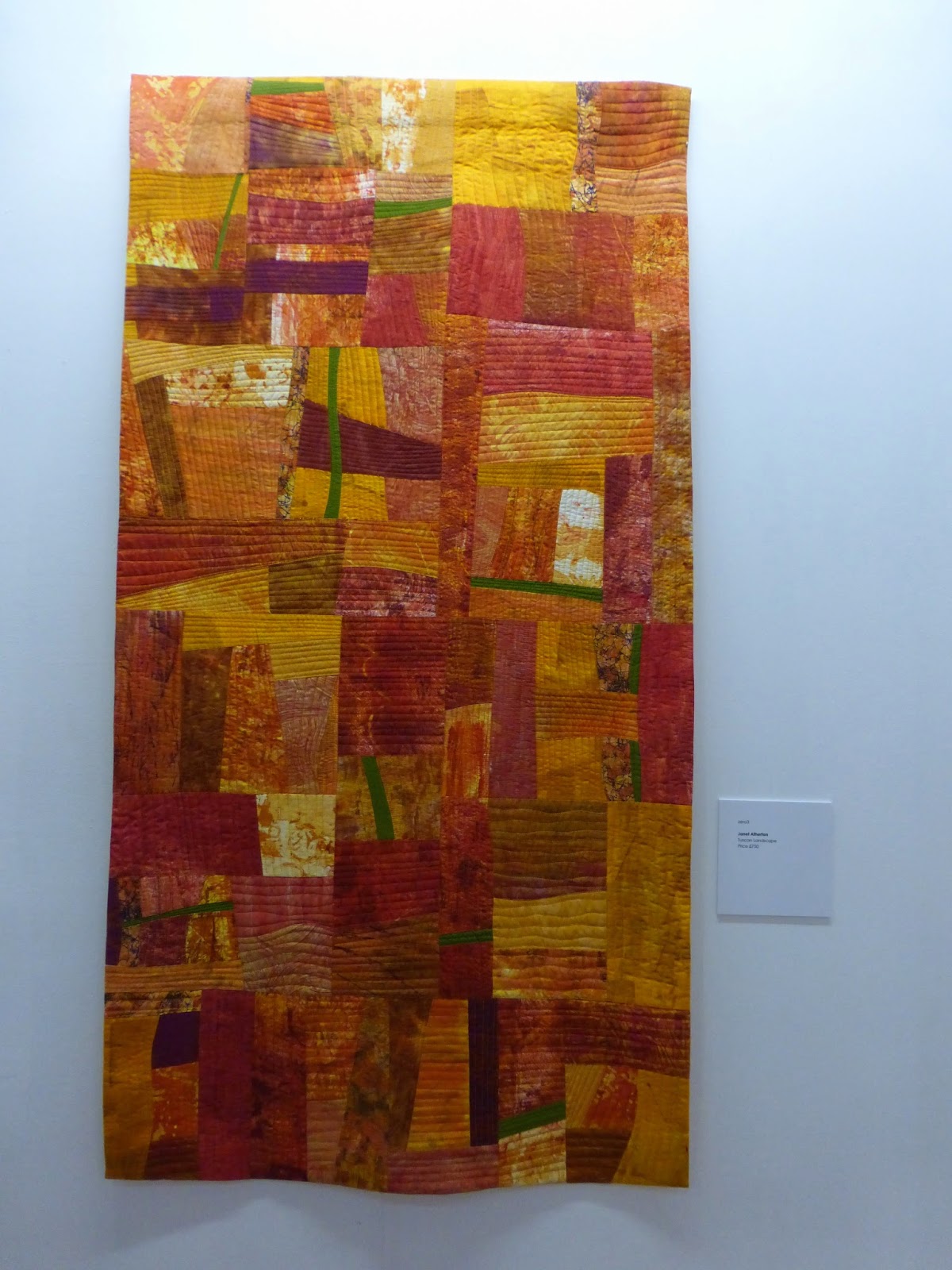 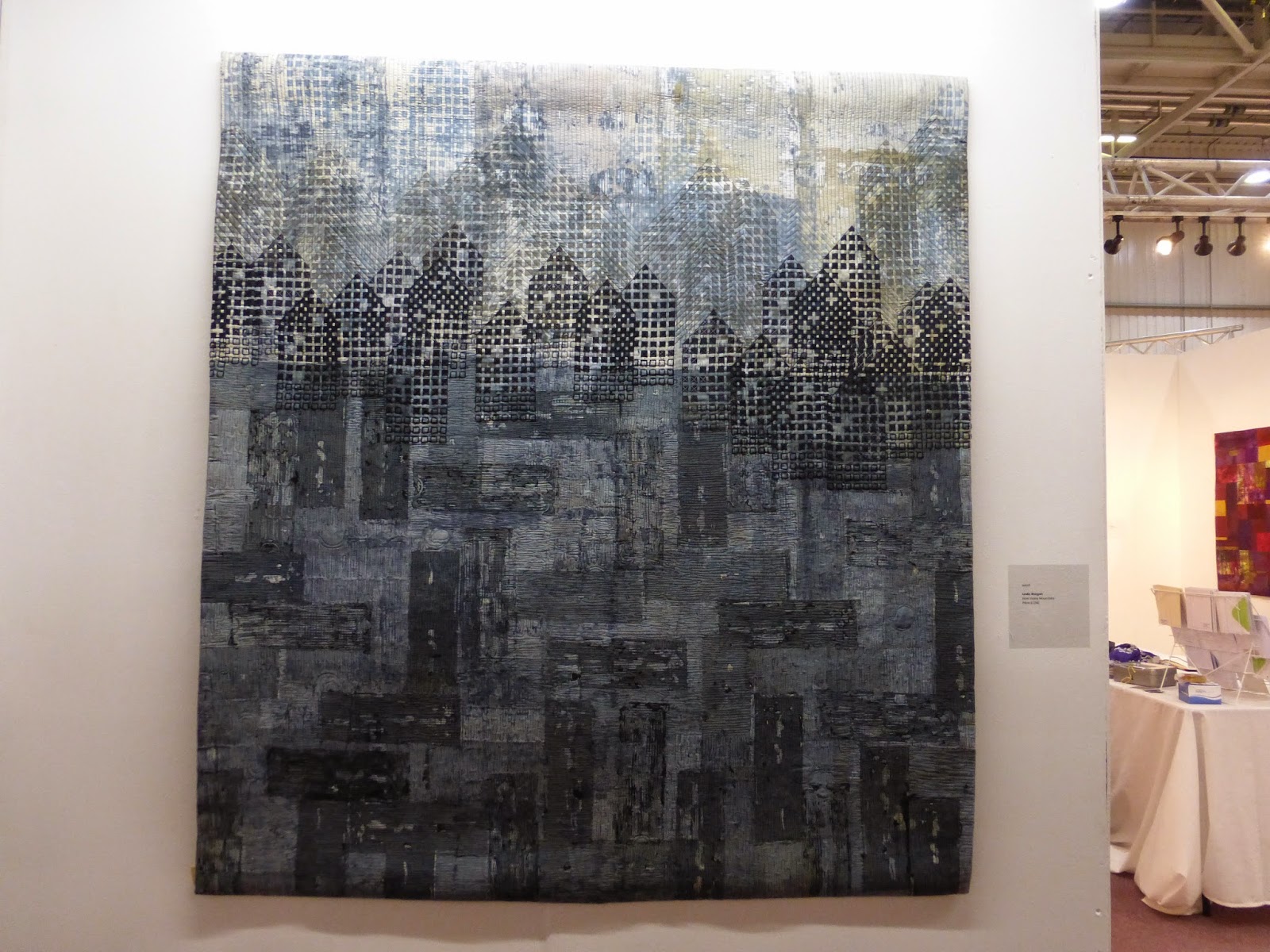 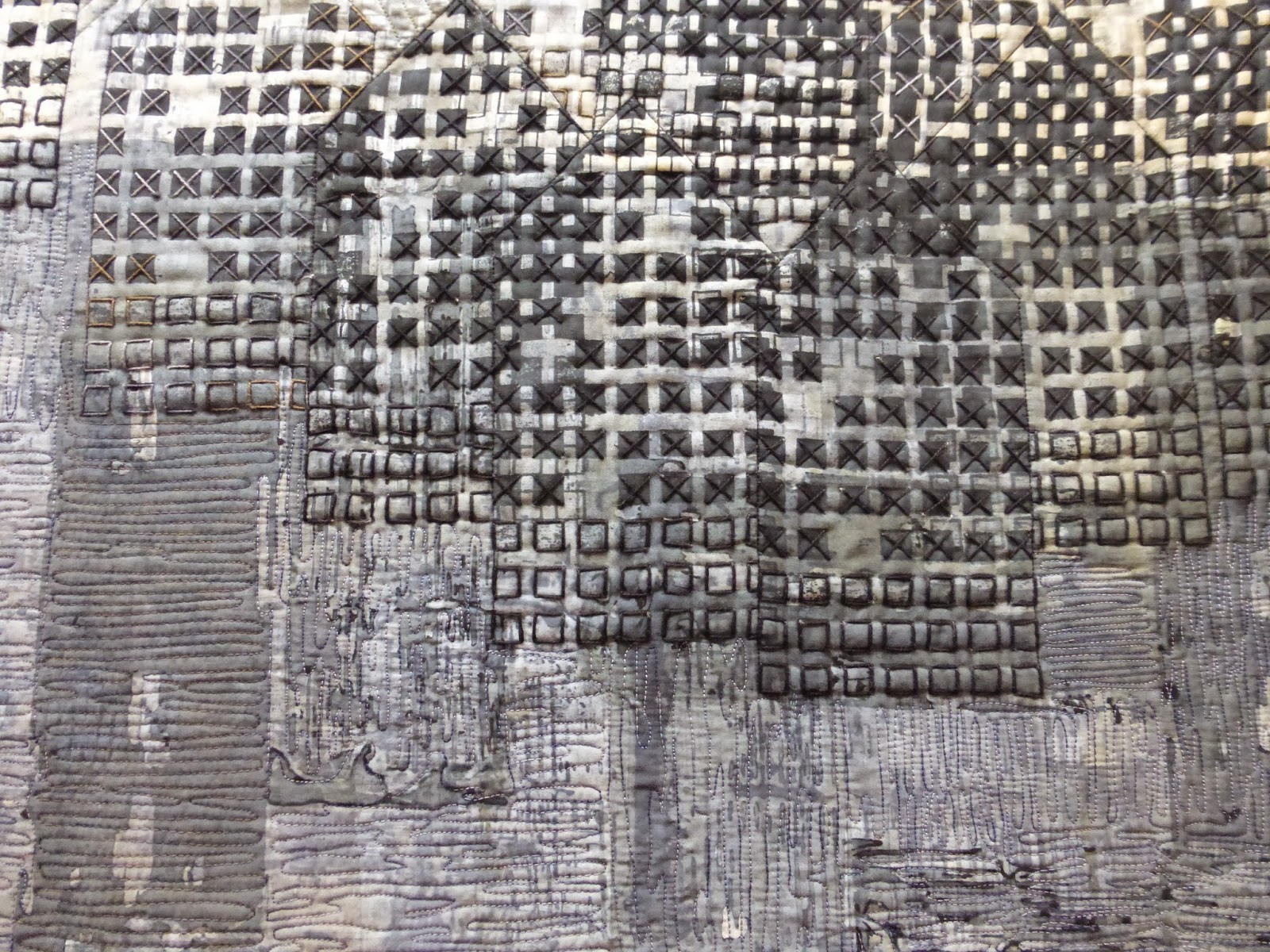 Glyn has good taste, they were my favourites too when I saw them at Ally Pally