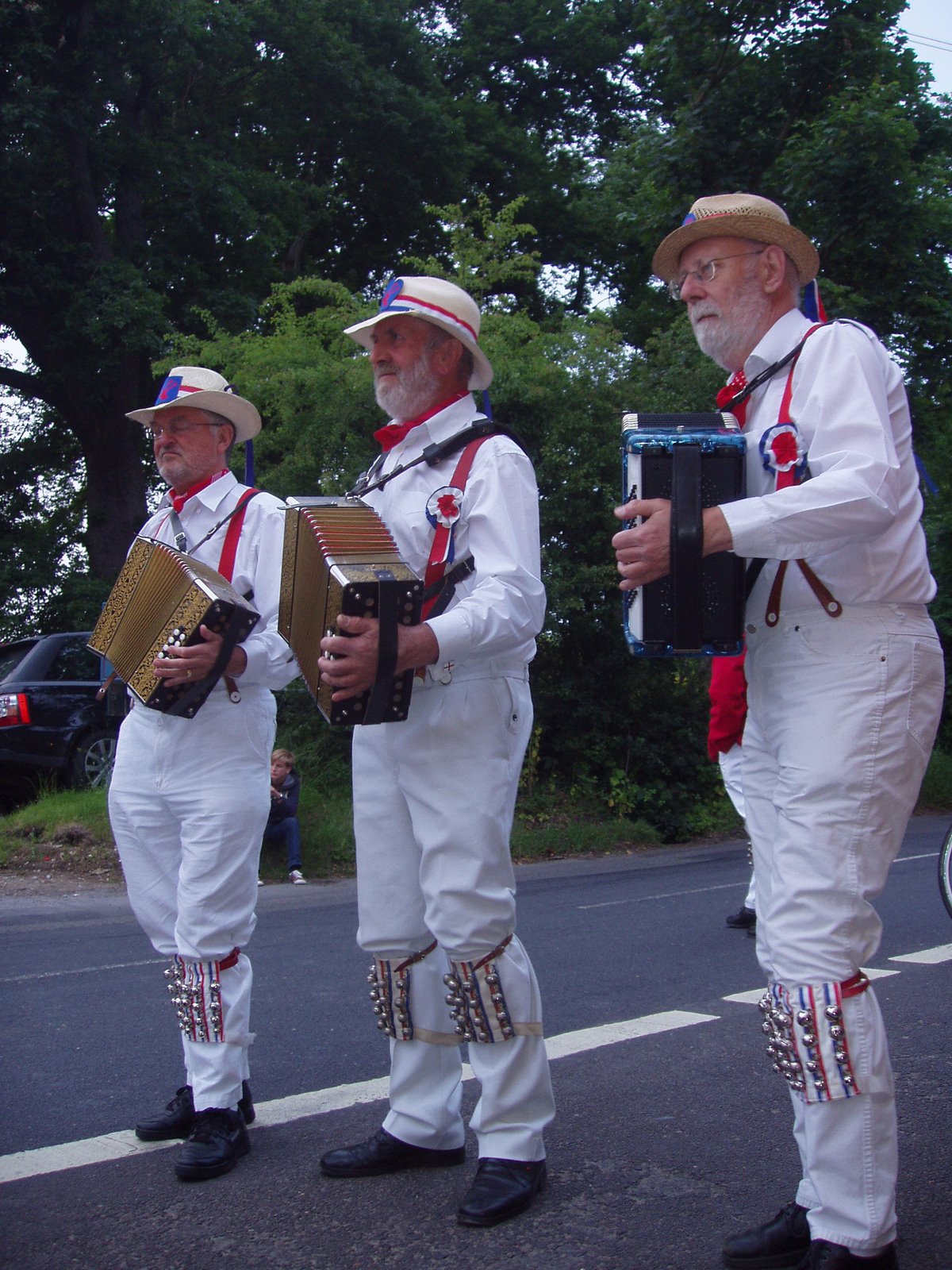 I had a rummage through the Picasa web albums for this blog, as I'm still puzzled how the photo in my previous post got out, but as I can't find it here,it must have got out via another route... maybe I sent it as an e mail attachment to someone who posted it on a forum? I didn't think I've ever posted it on Facebook.  So it remains a mystery.  I don't even teach hishi seigaiha in a workshop.

I found quite a few other random interesting and amusing photos from several years ago, so I've reposted them here.

First up is a photo from around 2008 - Hartley Morris Men's musicians, and Glyn's melodeon is in the photo.  It is the Hohner Pokerwork in the centre.  It has been a while since it has been played as well as by Tony, as Glyn is still very much a beginner.  This melodeon came to us all the way from Kent via 'Quilters' Express', passed hand to hand via the Quilters' Guilds' Portsmouth AGM last year and the Quilt Museum at York and arriving at the Loch Lomond Quilt Show in May. Speaking of the Quilt Museum, the photo below was taken on my first visit there in 2009 and I am planning to see all the exhibitions next year before the present museum closes and the collection and Guild HQ move to to another home. 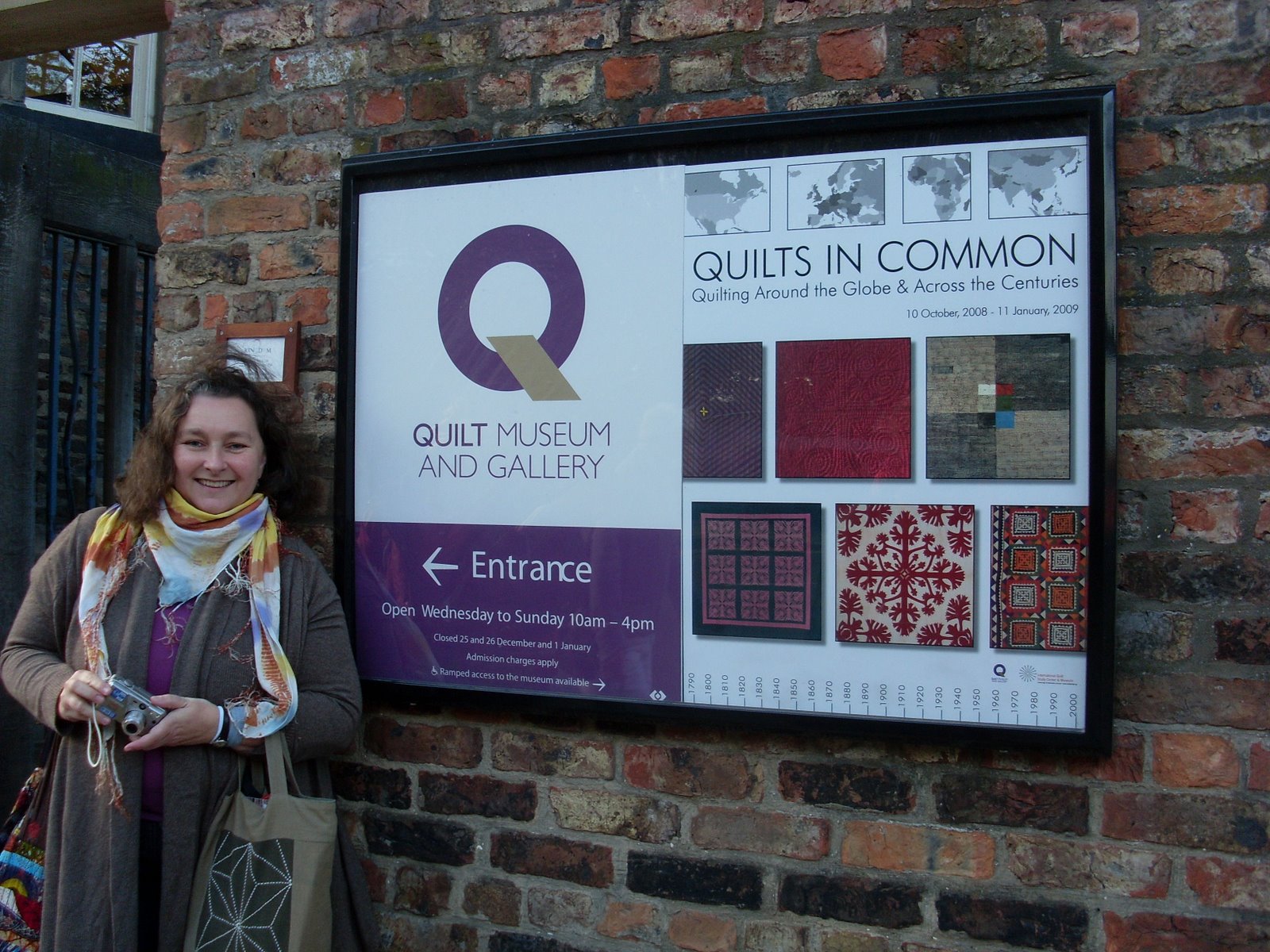 With my friends from Yuza Sashiko Guild at the museum in 2010. 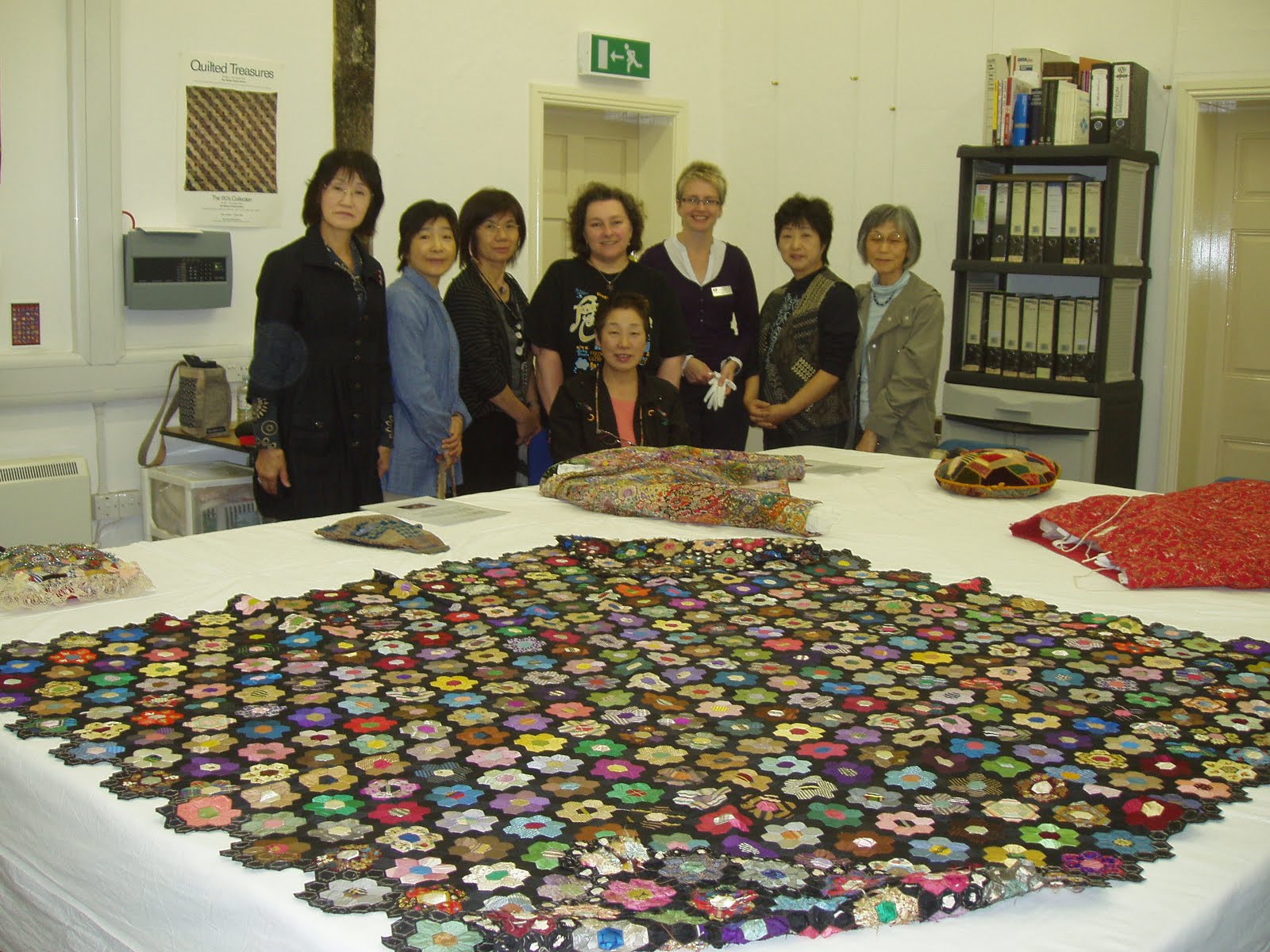 I have started writing up the cutting and technique instructions for 'Japanese Circles and Squares' this week, going rather slowly (as is this blog post!) as I am typing one-handed due to rather painful tendonitis, which the doctor thinks was caused by all the hand sewing on the kilts I've been making.  I will certainly include machine applique instructions for the circles!  I hope to make my favourite workshop quilt the subject of my first self published book, which will have many variations on the workshop design.  It would be great to be able to include some photos of quilts made at or after my workshops, but I would ideally need better quality photos than many I already have.  Ideally, the quilt needs to be photographed flat/square, evenly lit, not blurry, at 300dpi minimum over an A5 image.  So, filling the frame at the best resolution on a camera that is 7mega pixels or higher.  I would need the photos e mailing as jpgs and it would be nice to be reminded re your fabric choices etc too.

This quilt was made at a workshop near Bristol - 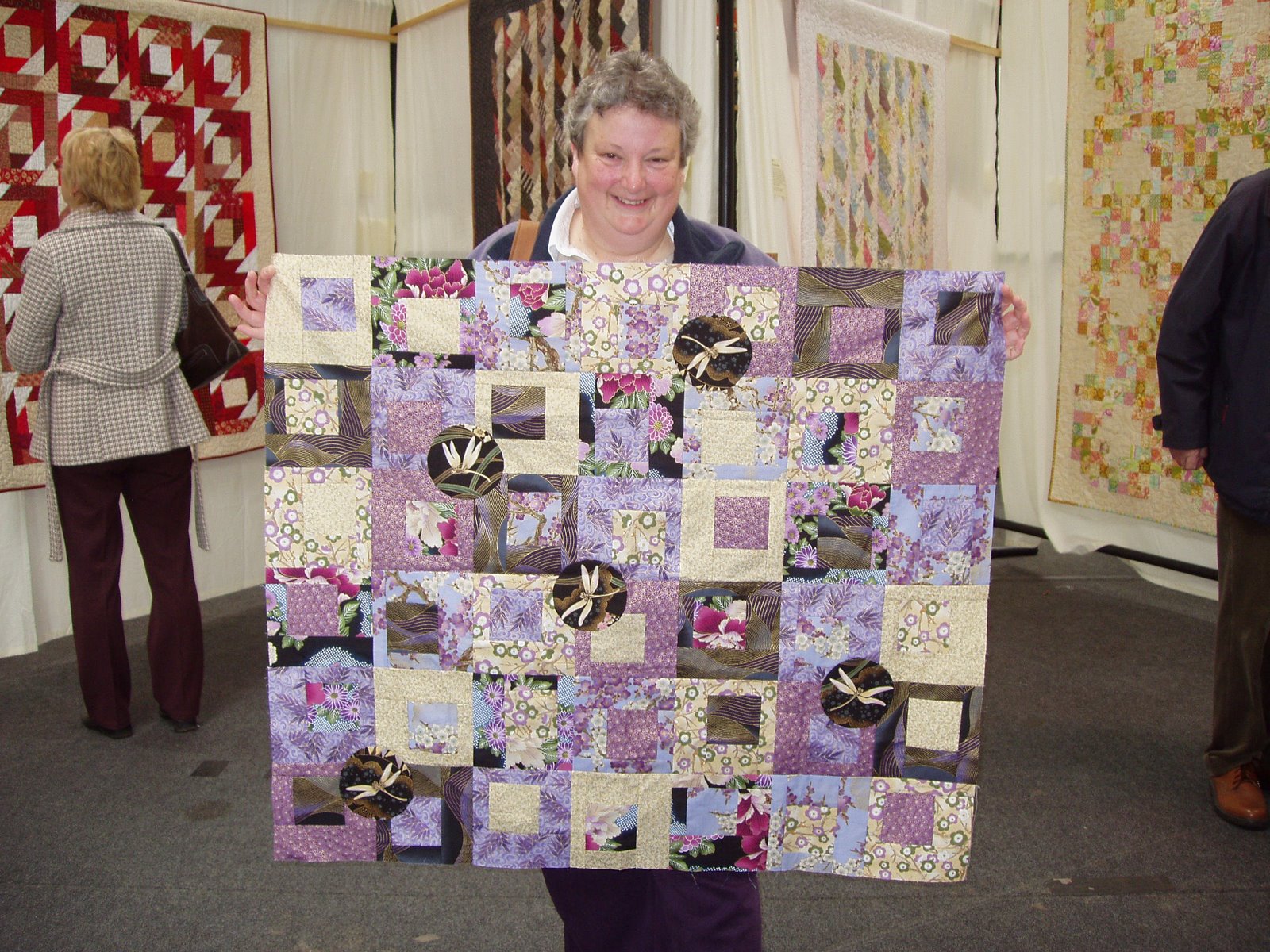 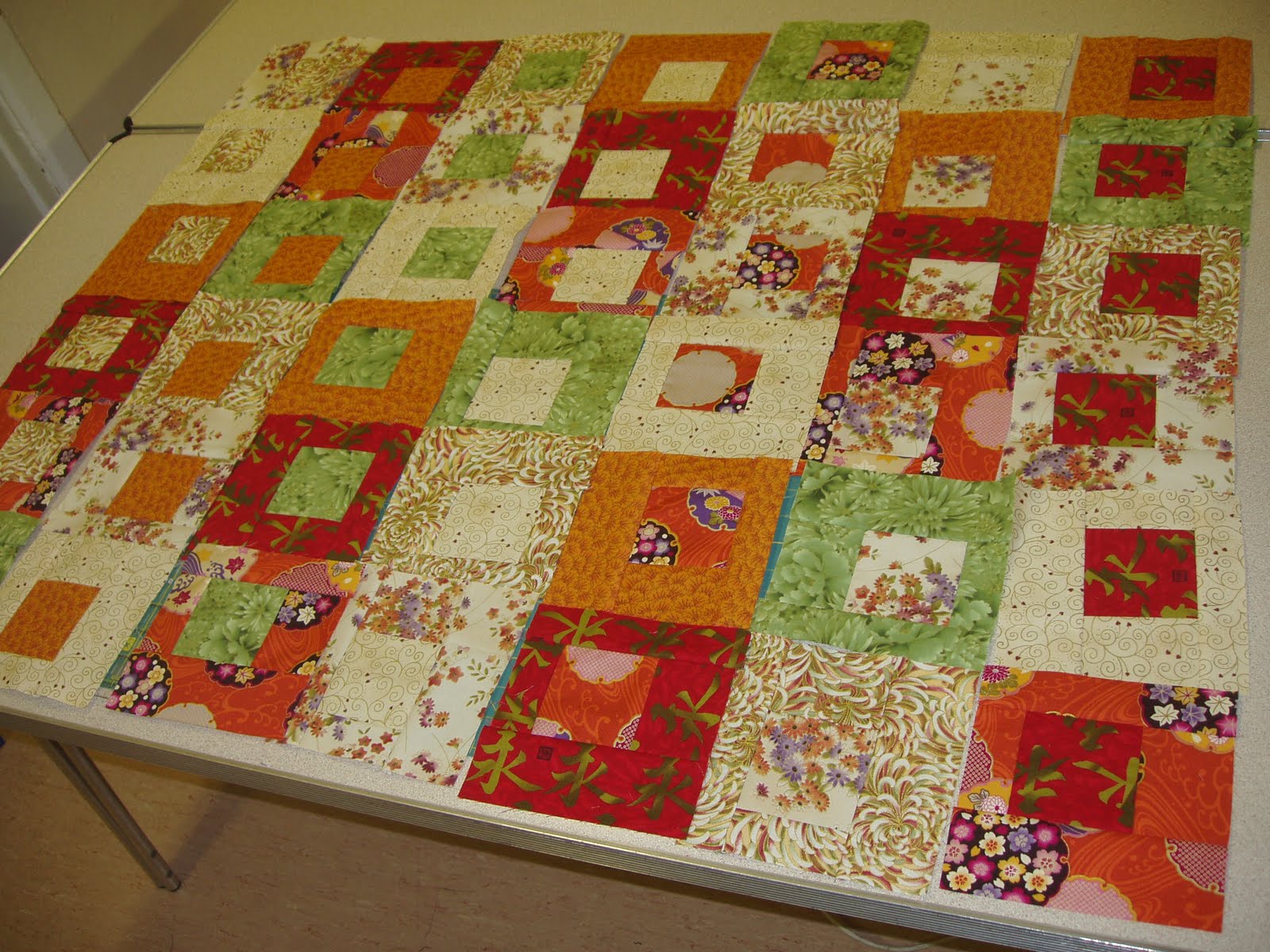 Because it is nearly Christmas, here are a few quilt inspiration images to suit the season - the tiles at Llangollen town hall; several details from York Minster; and restored medieval wallpaintings from Llanidloes market hall. 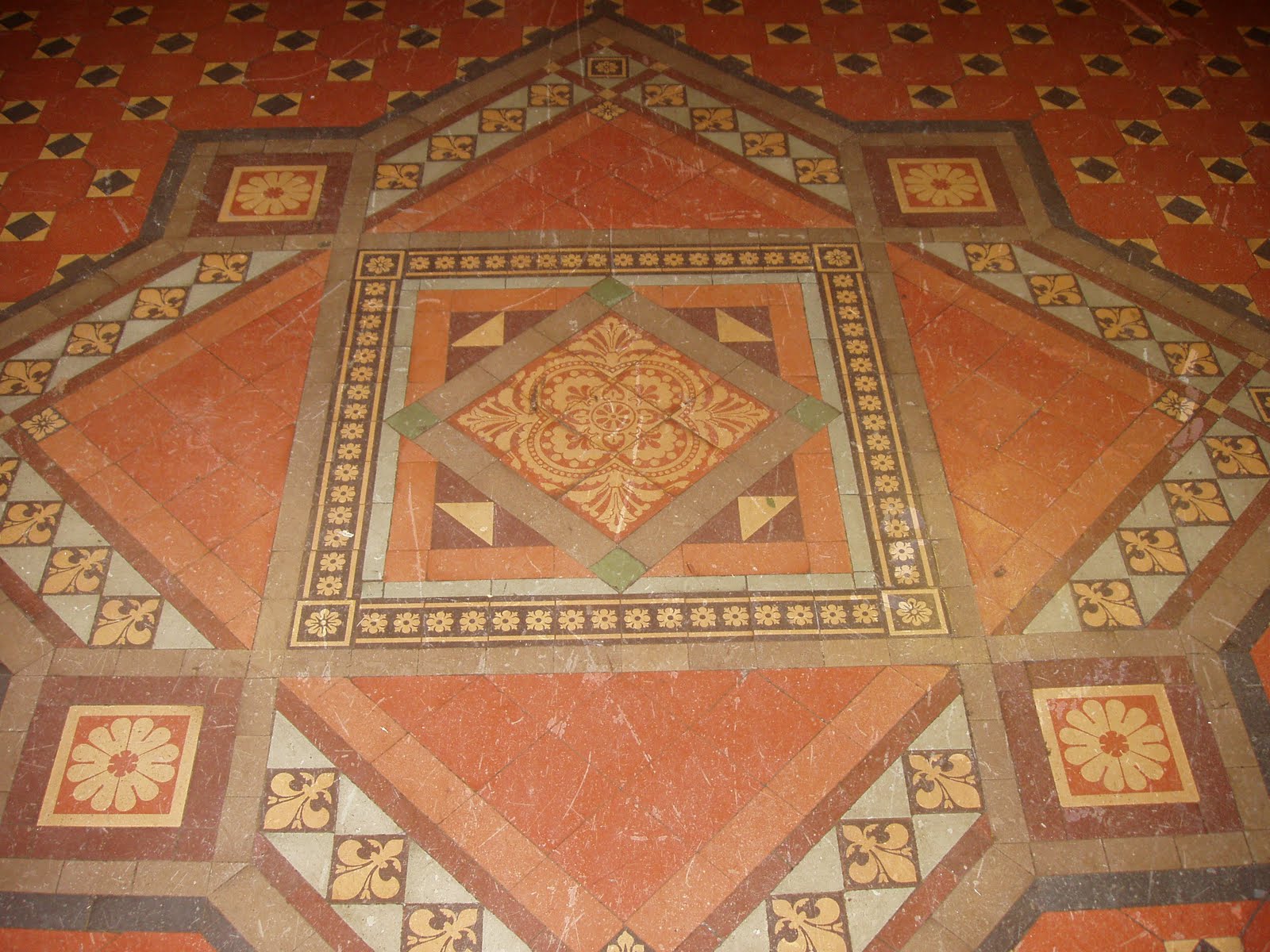 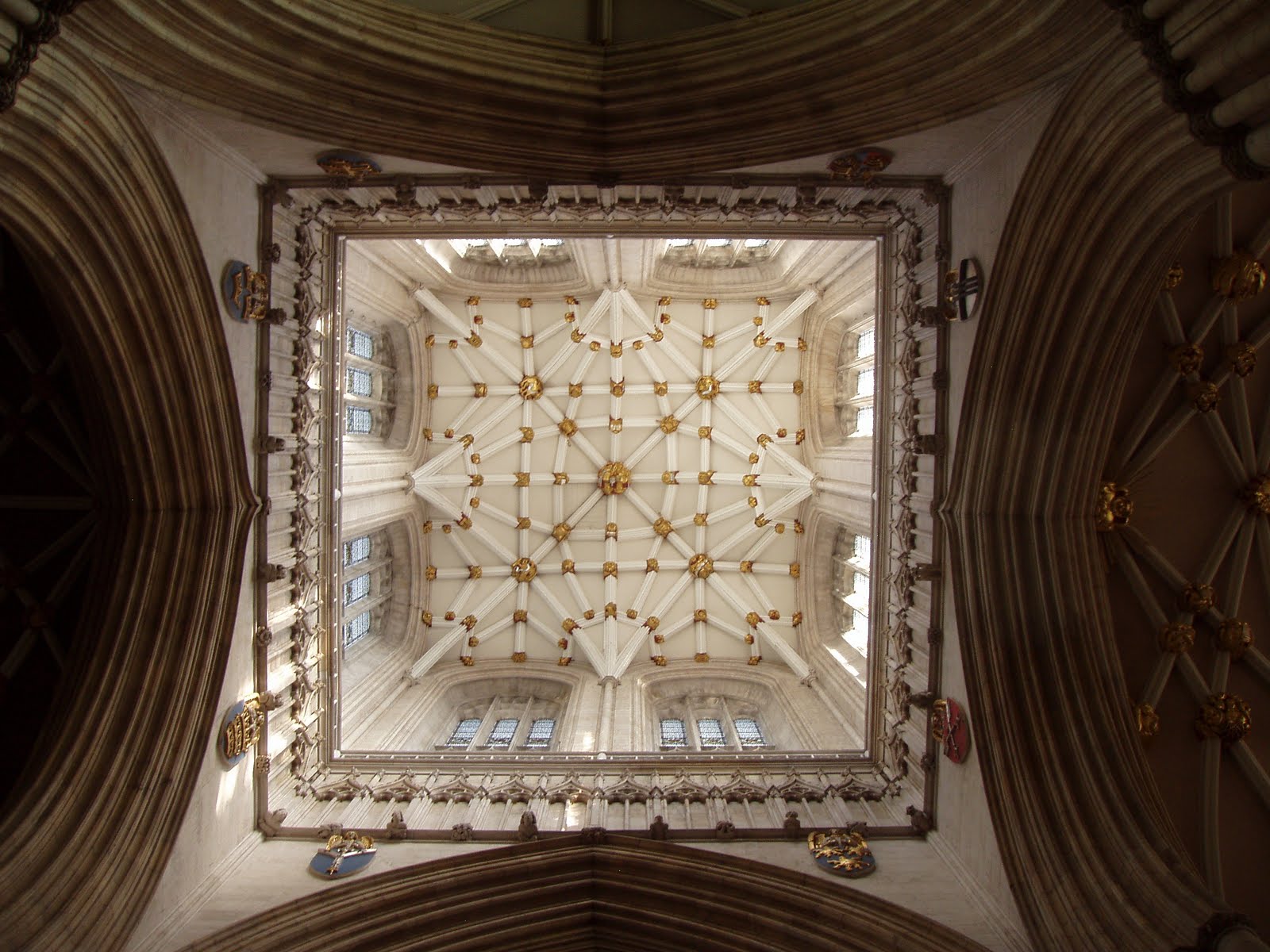 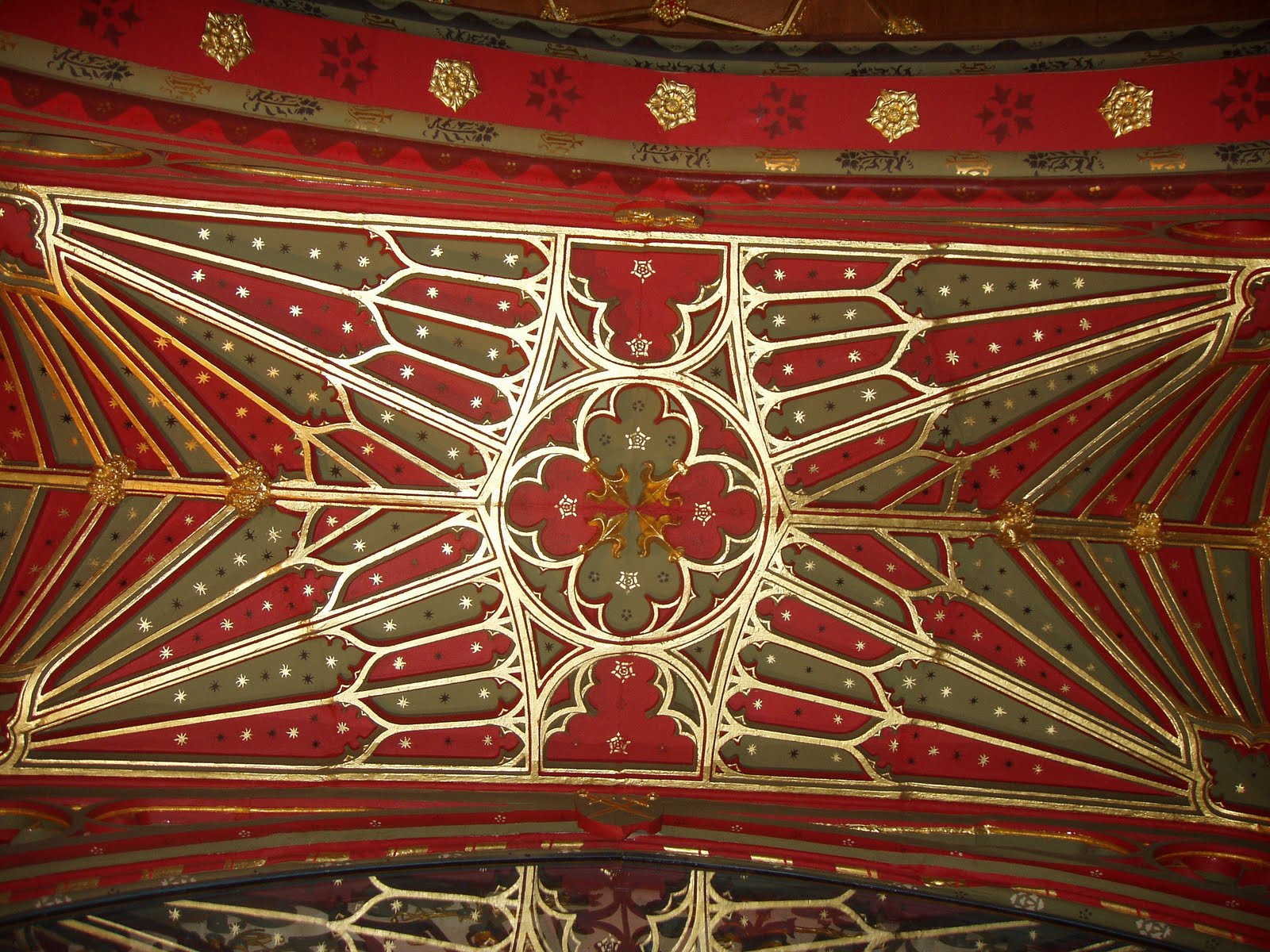 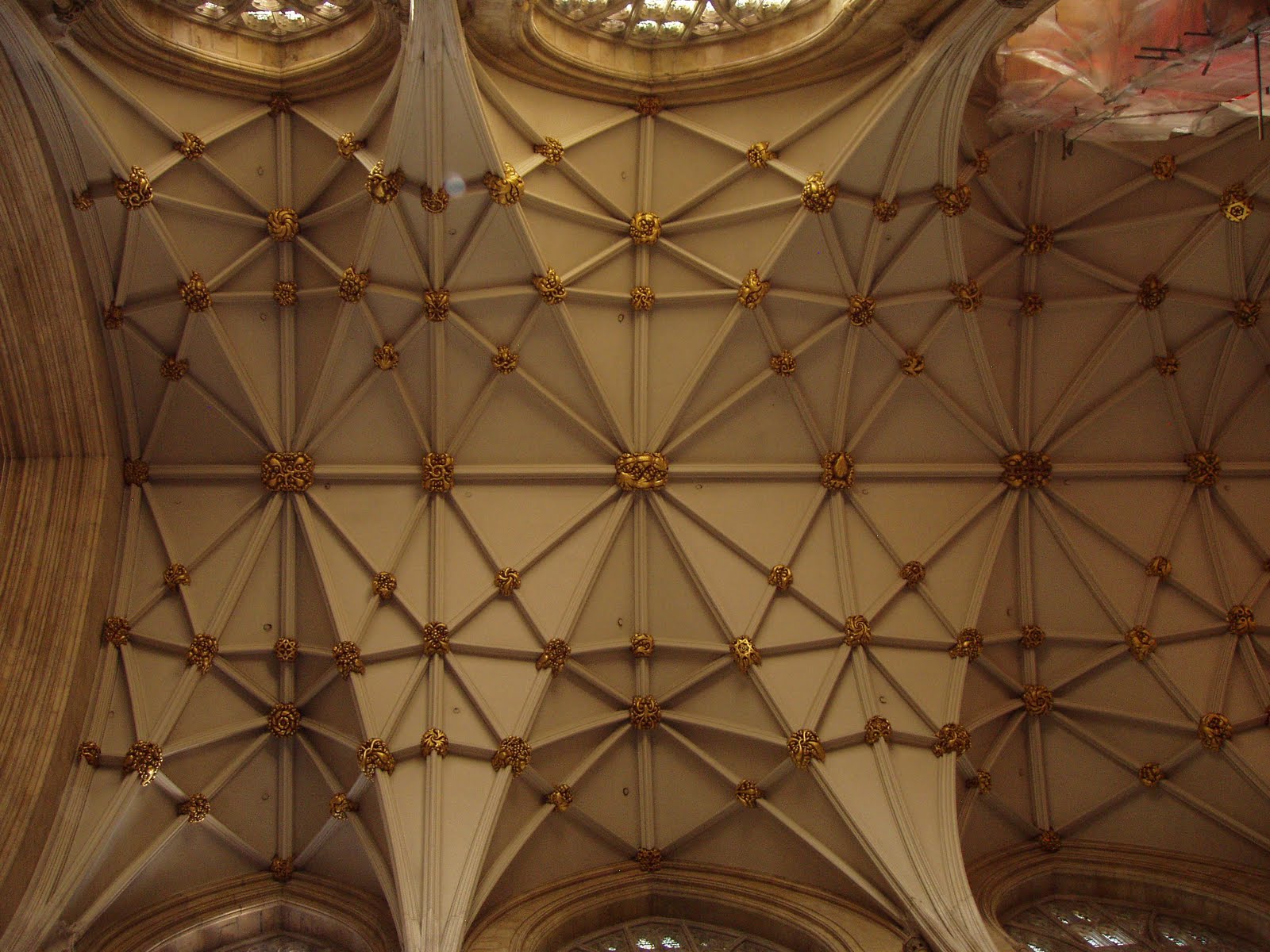 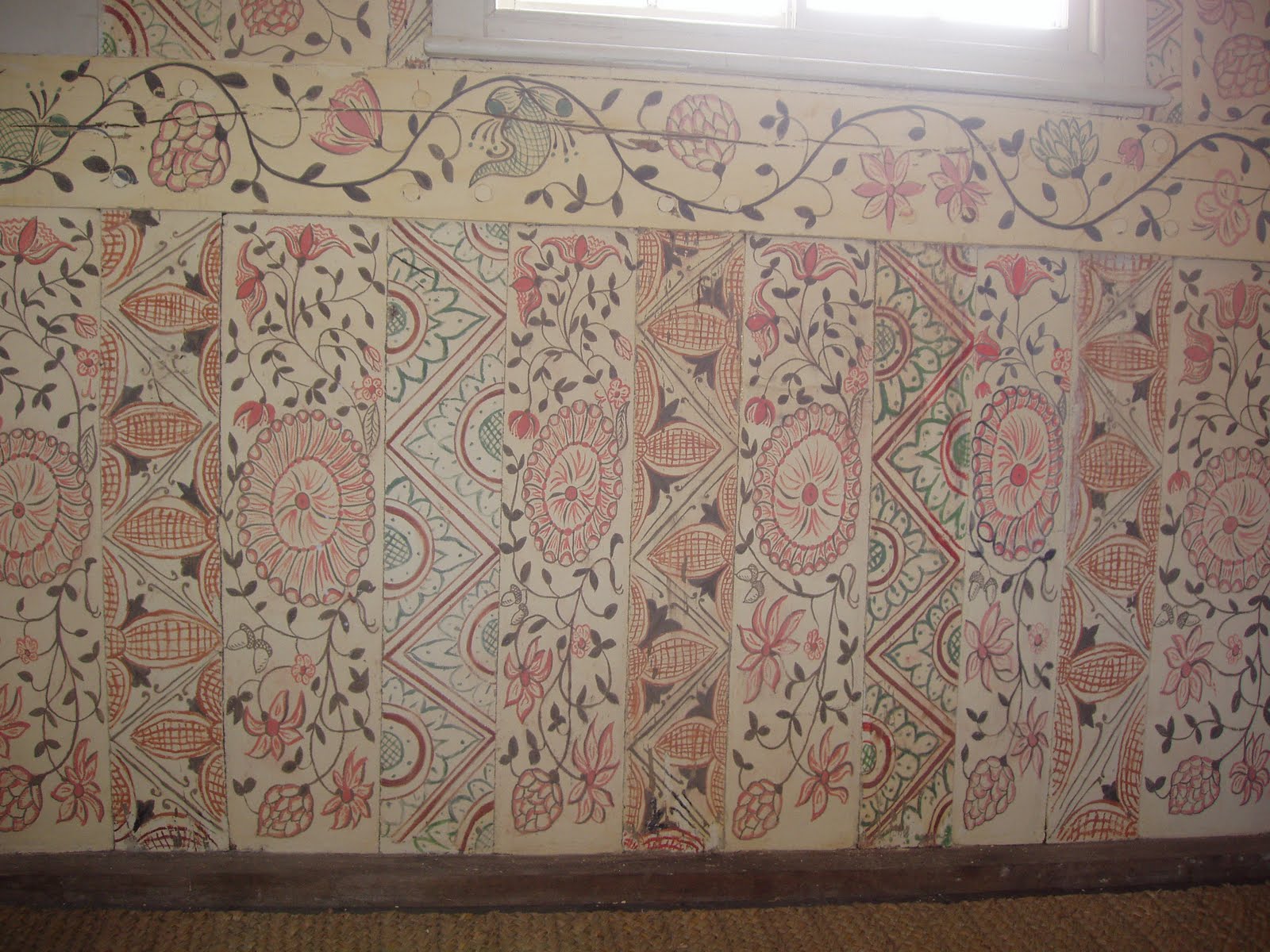 Also, because Christmas packing is on the horizon, here are a few photos of the much-missed Fluff and Takenoko showing how to fit awkward shapes into boxes of various sizes... 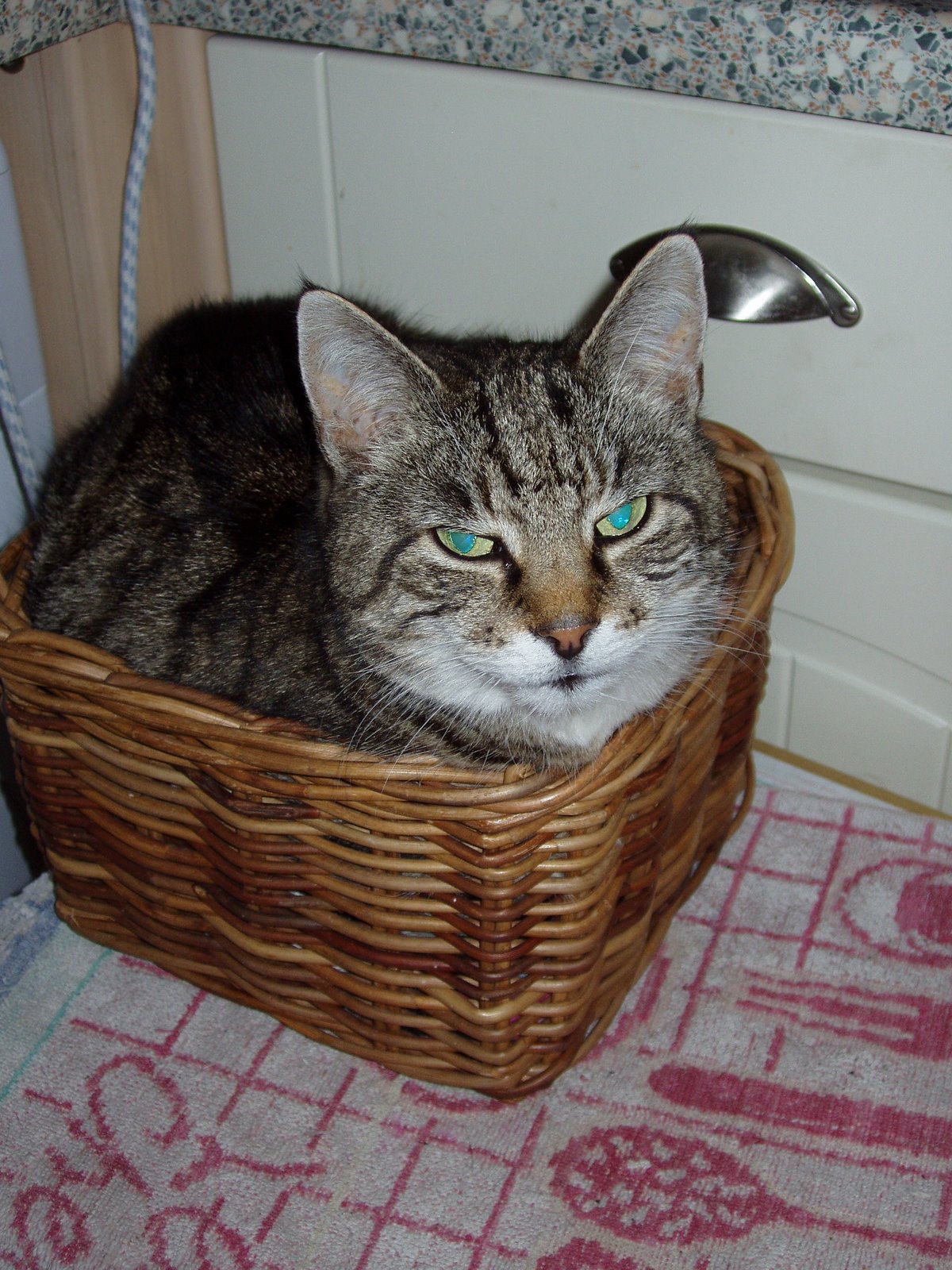 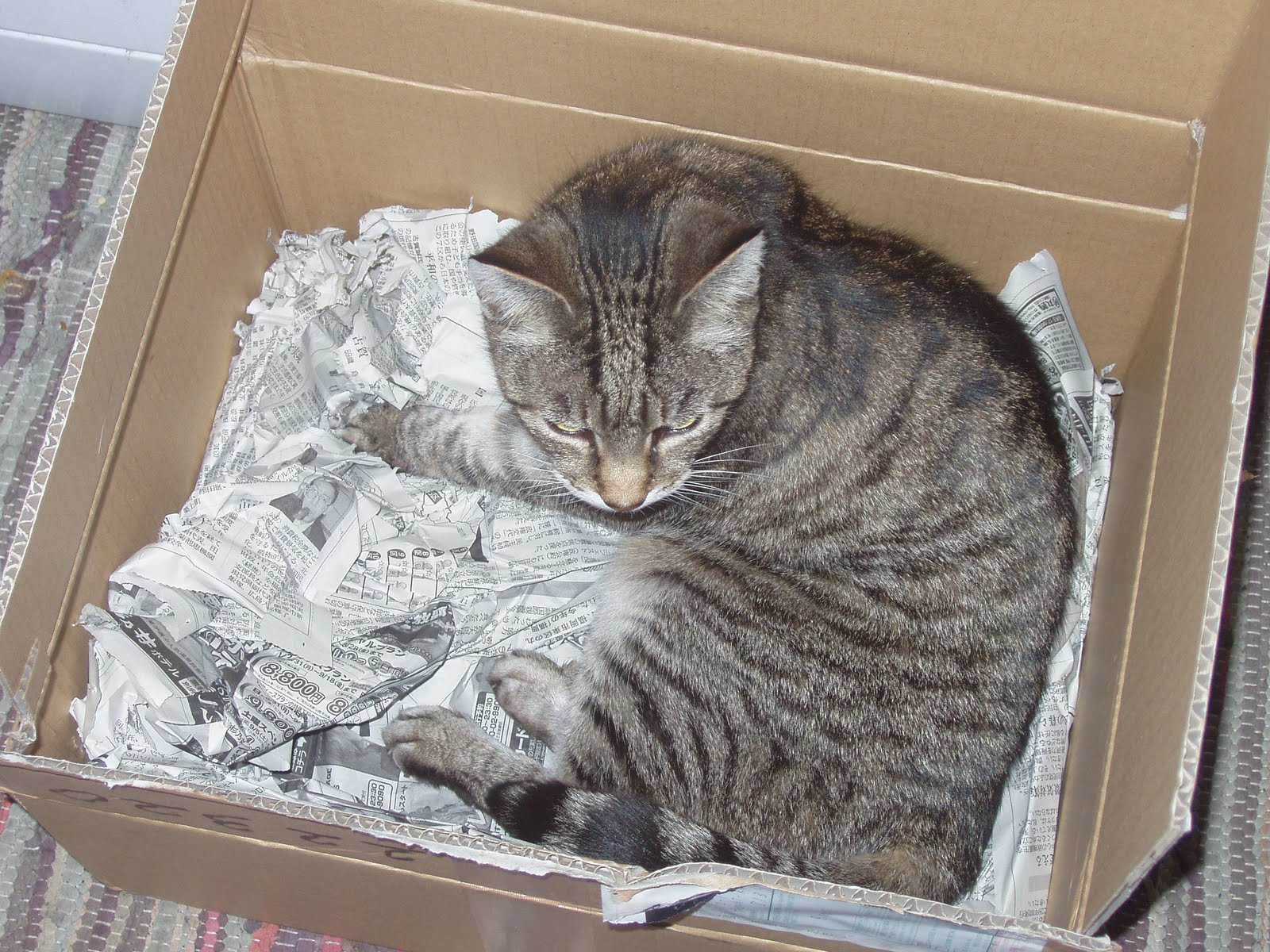 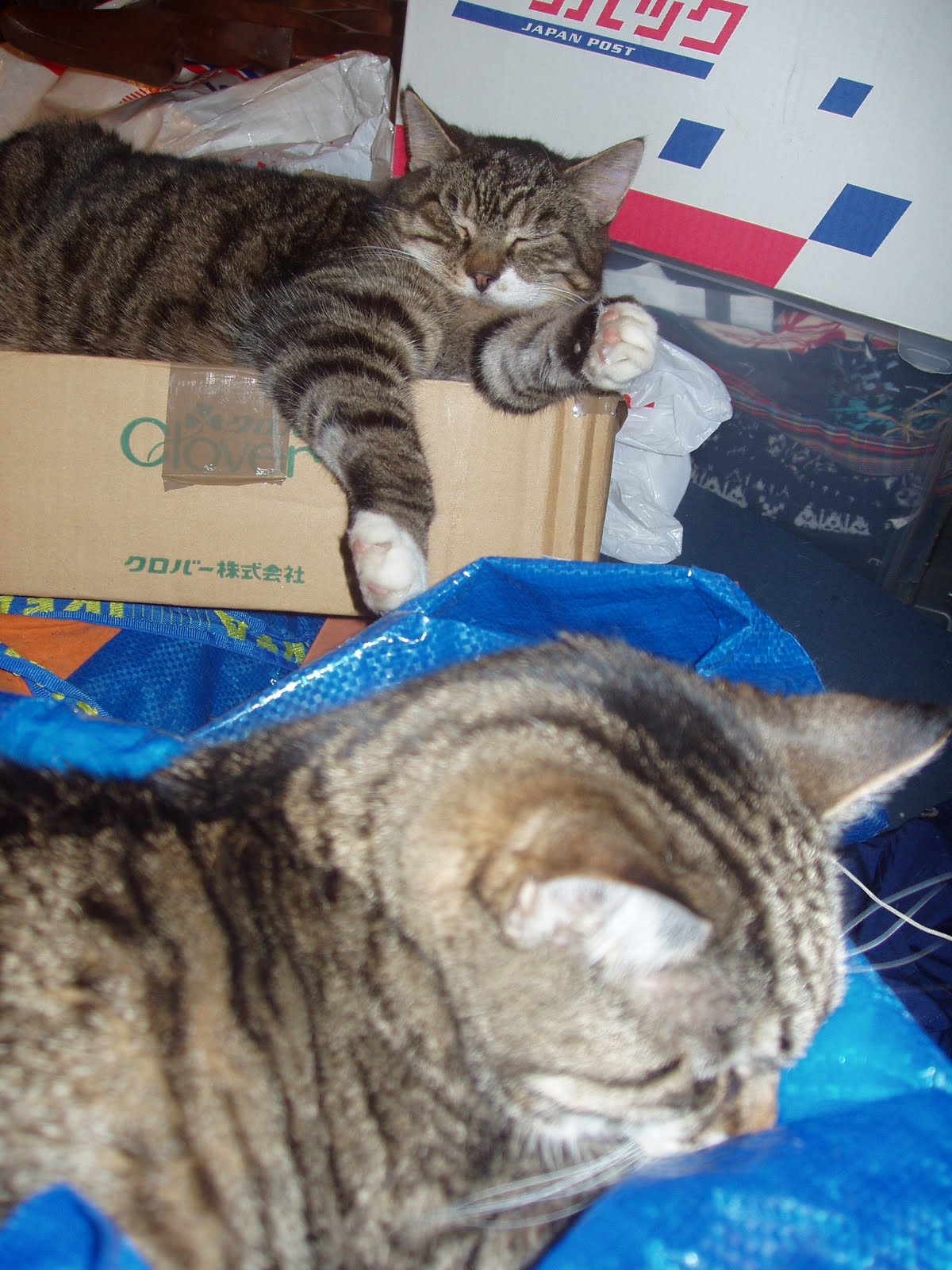