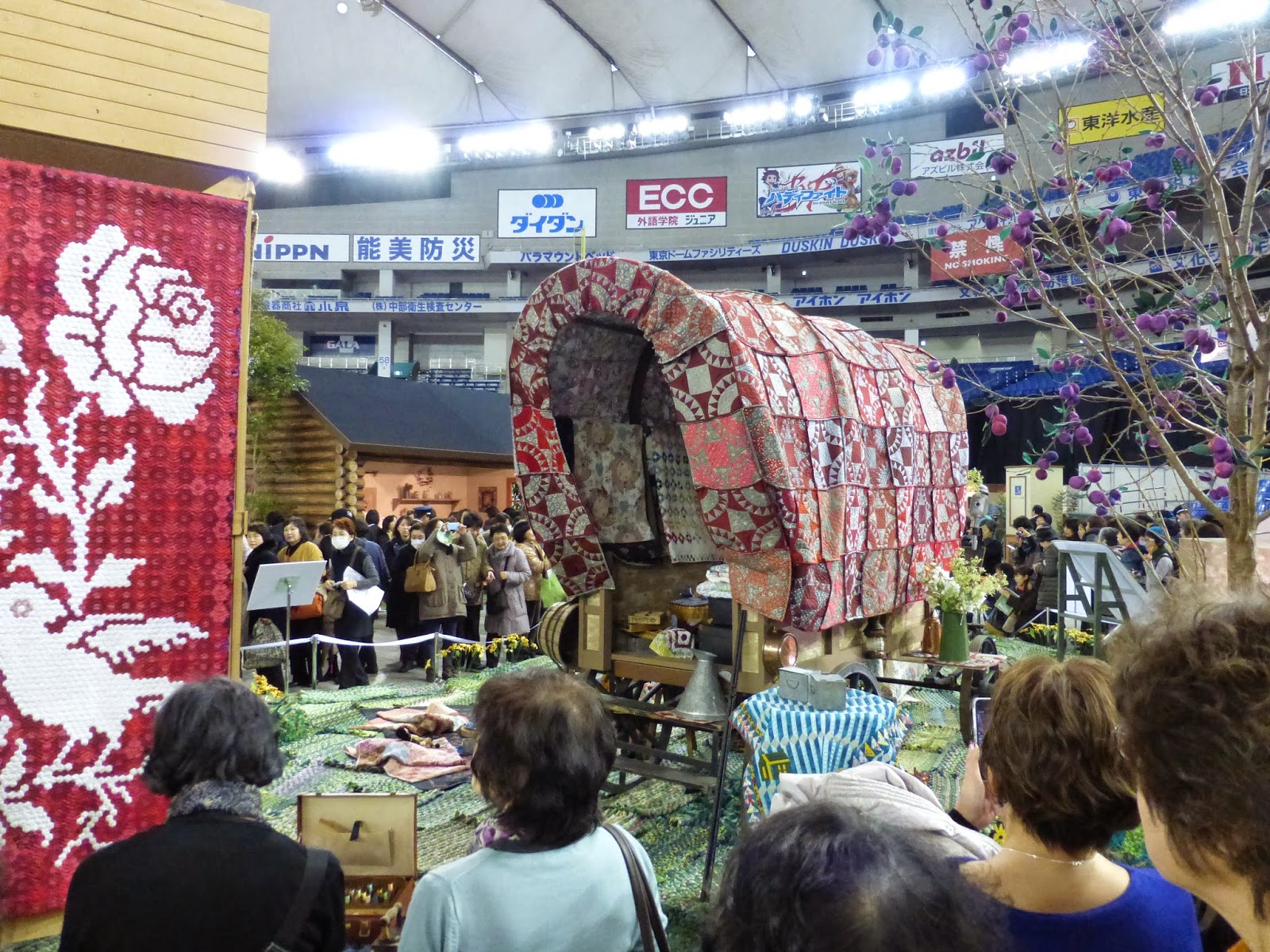 This year's special exhibit was 'Little House on the Prairie Told with Quilts'.  Various settings from the 1970s USA TV series were recreated with quilts and fabric, including the wagon that the Ingalls family used to travel west, Olesen's Mercantile store and the 'little house' itself. Reiko Washizawa made the wagon - it looked like the wagon chassis was a real old one. 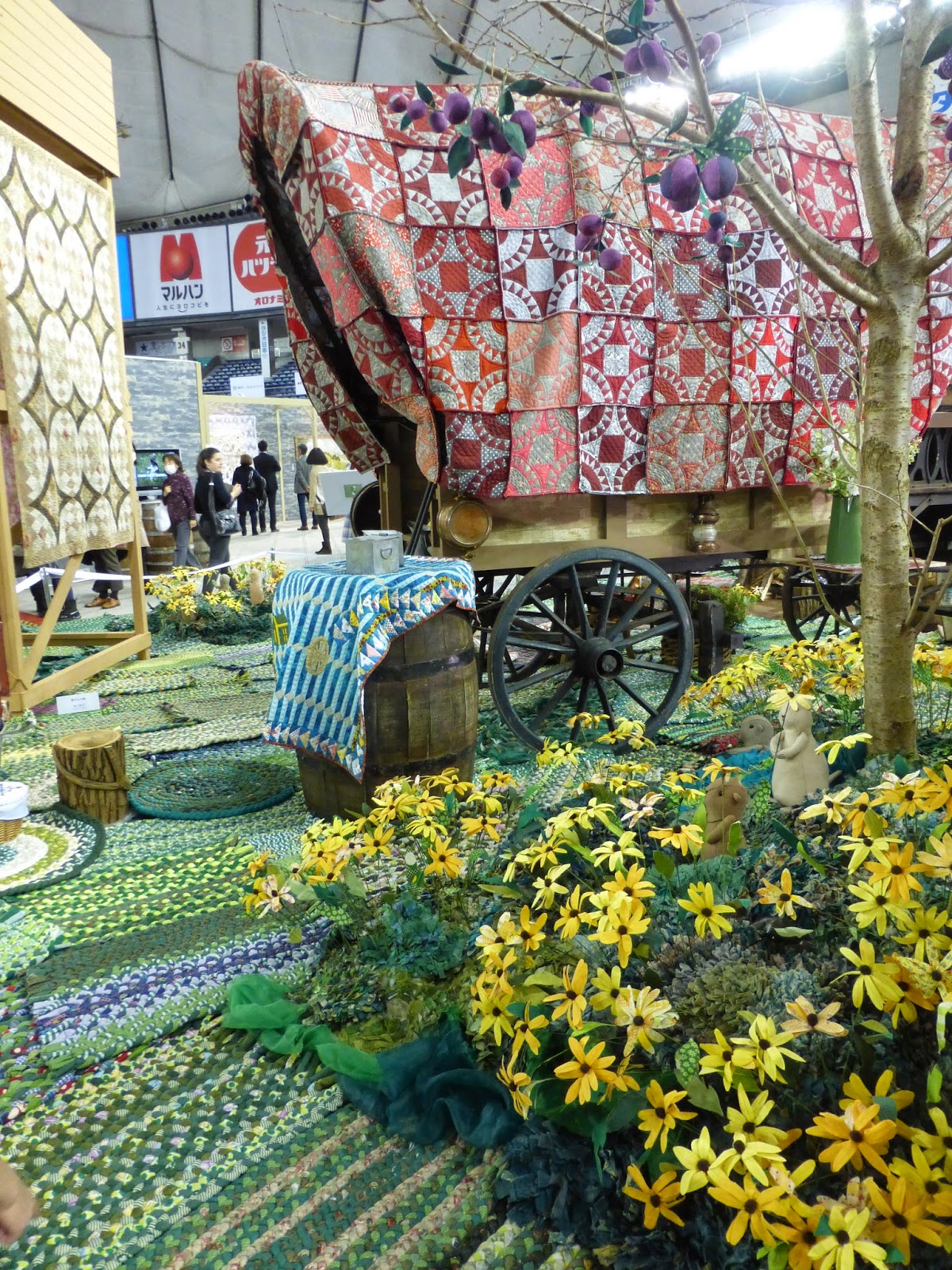 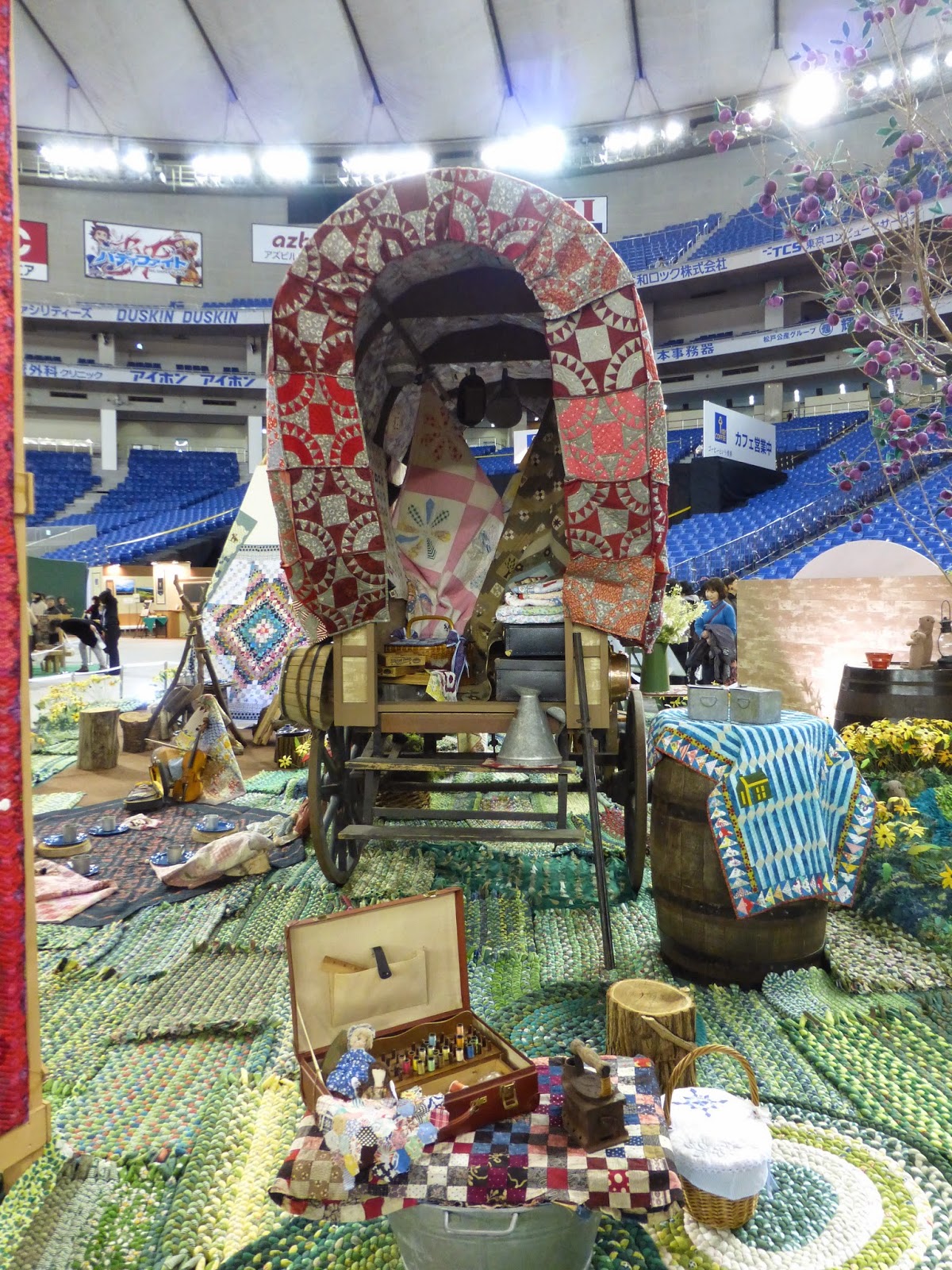 The 'prairie' was ingeniously made from plaited rag rugs. 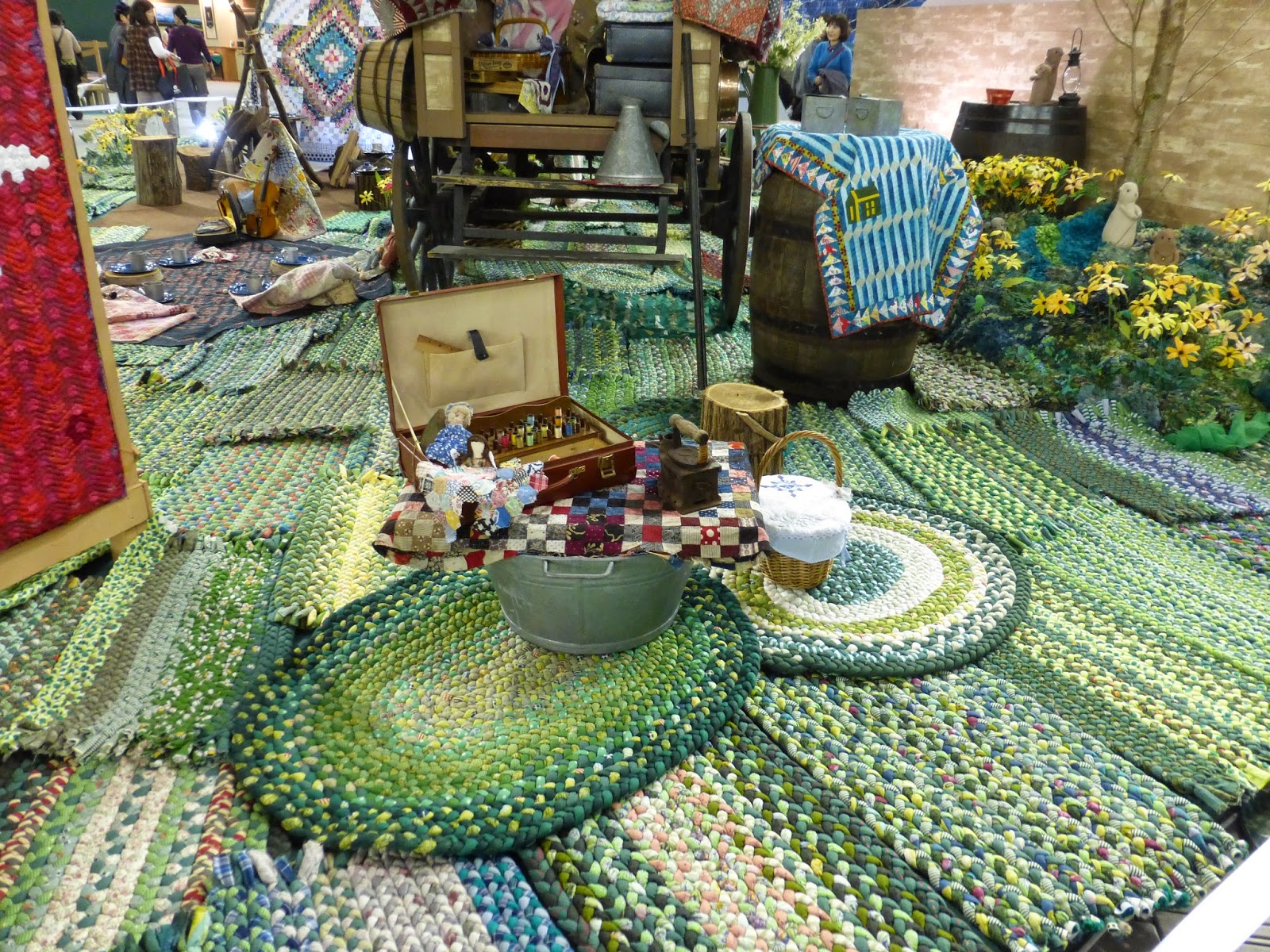 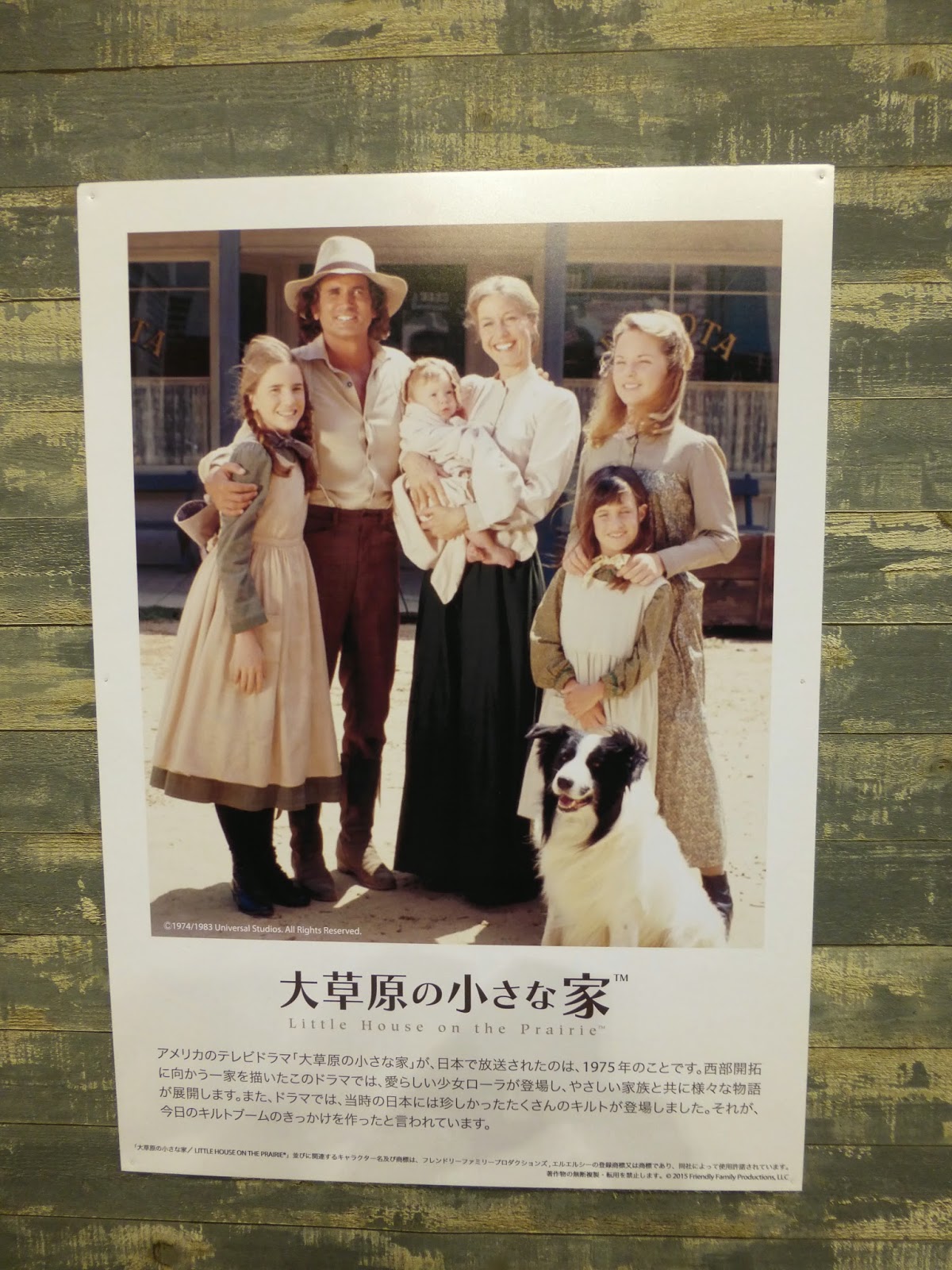 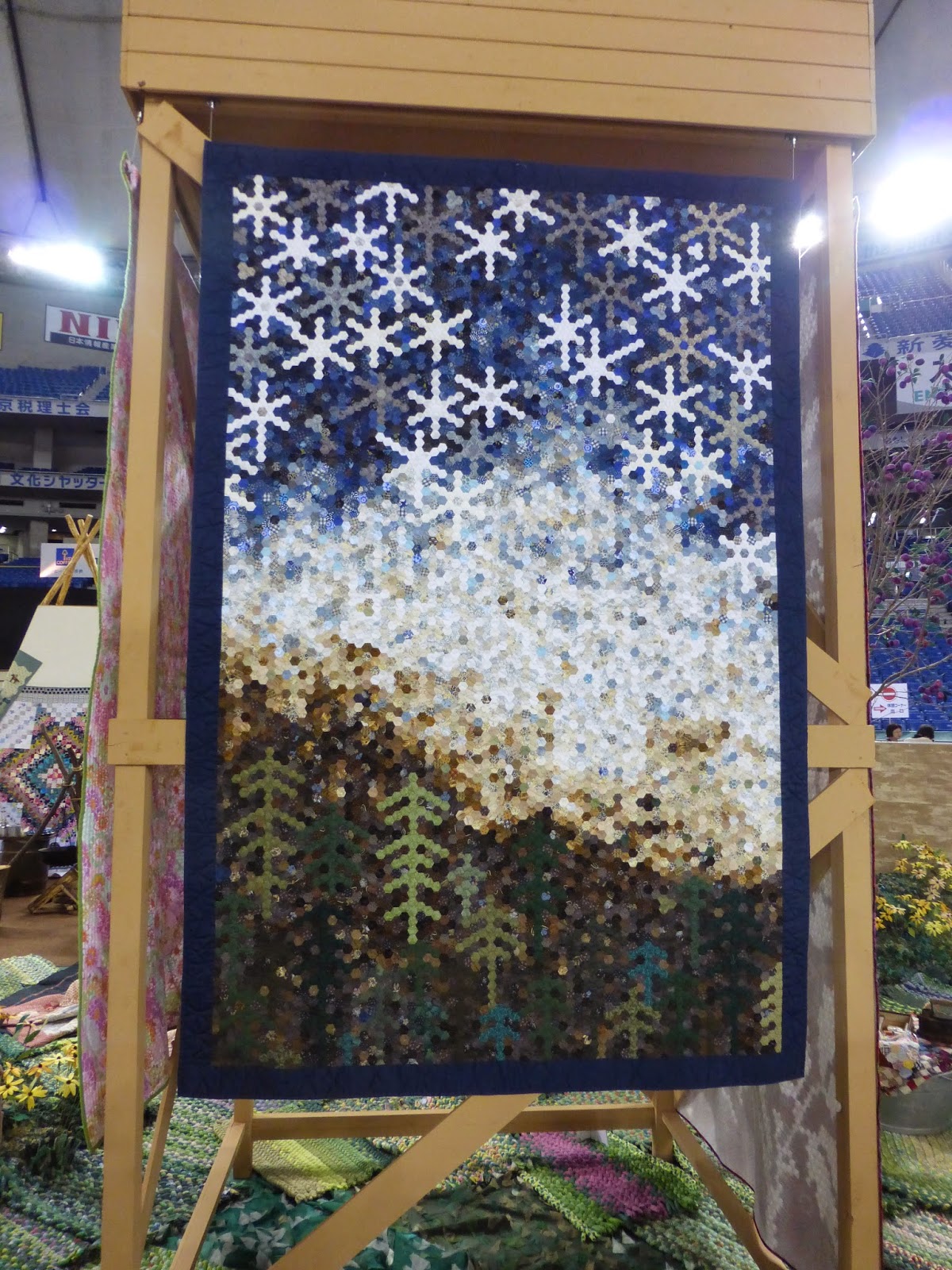 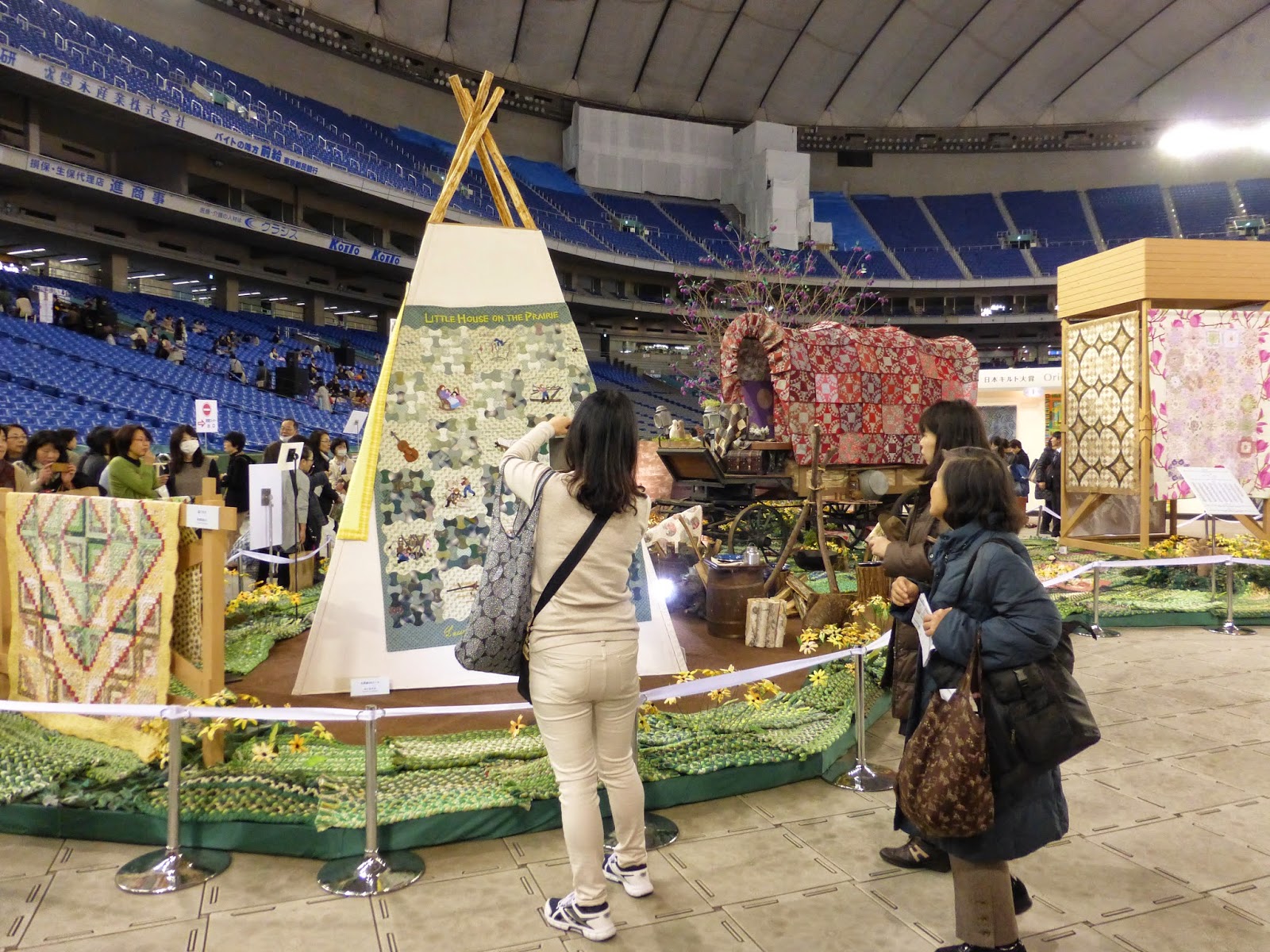 The 'little house on the prairie' itself.   It was quite a differently shaped house from the one in the TV show, which I guess would have been far too big to build.  This link shows a recreation of the house based on descriptions from the books, so maybe that was the starting point for the one at the quilt show.  The interior of the reconstruction near Independence, Kansas, also looks far more spartan than the rather comfortably furnished quilt show version, so I don't think the Tokyo Dome house was all that accurate.  But it was cute and fun. 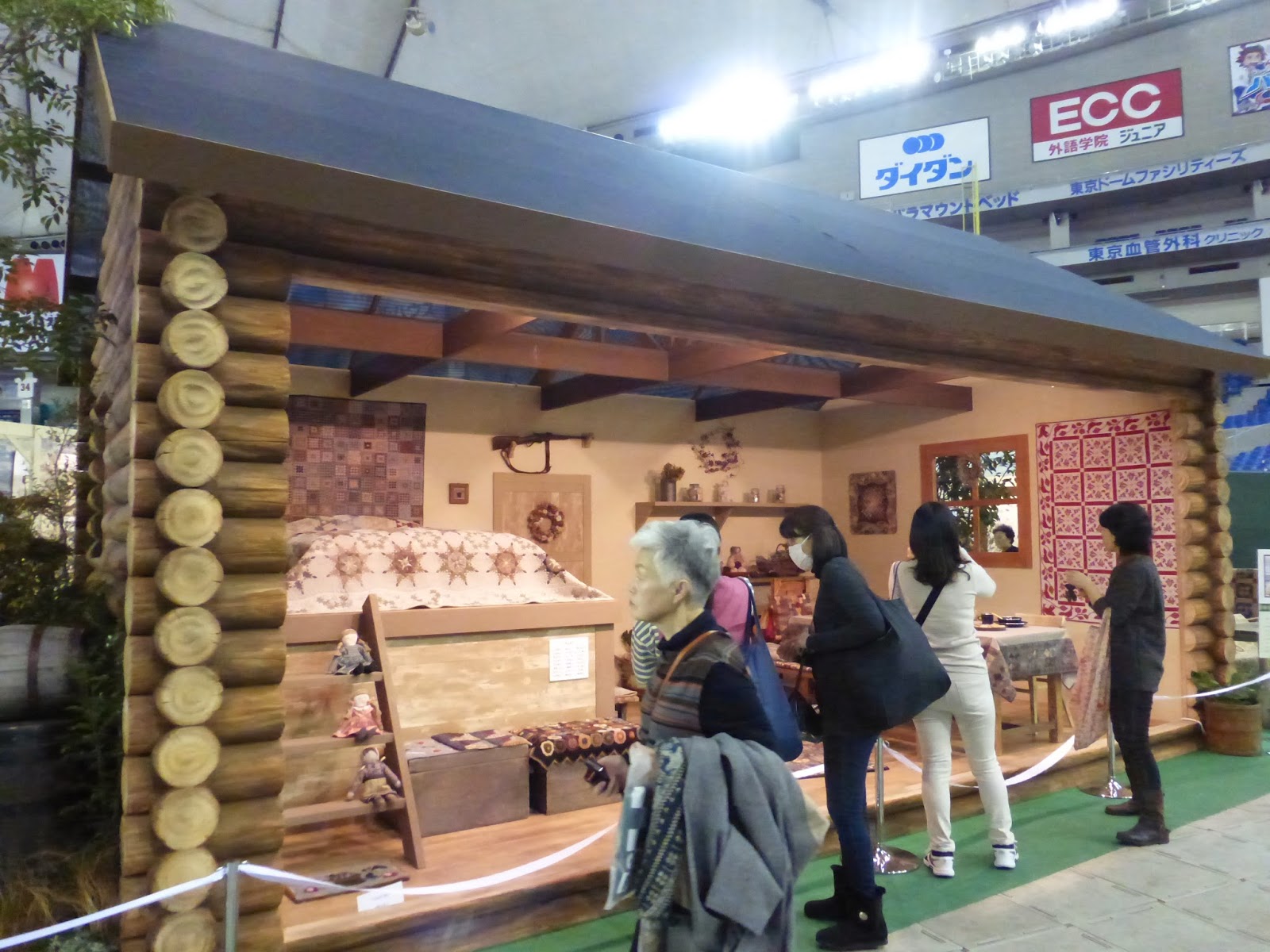 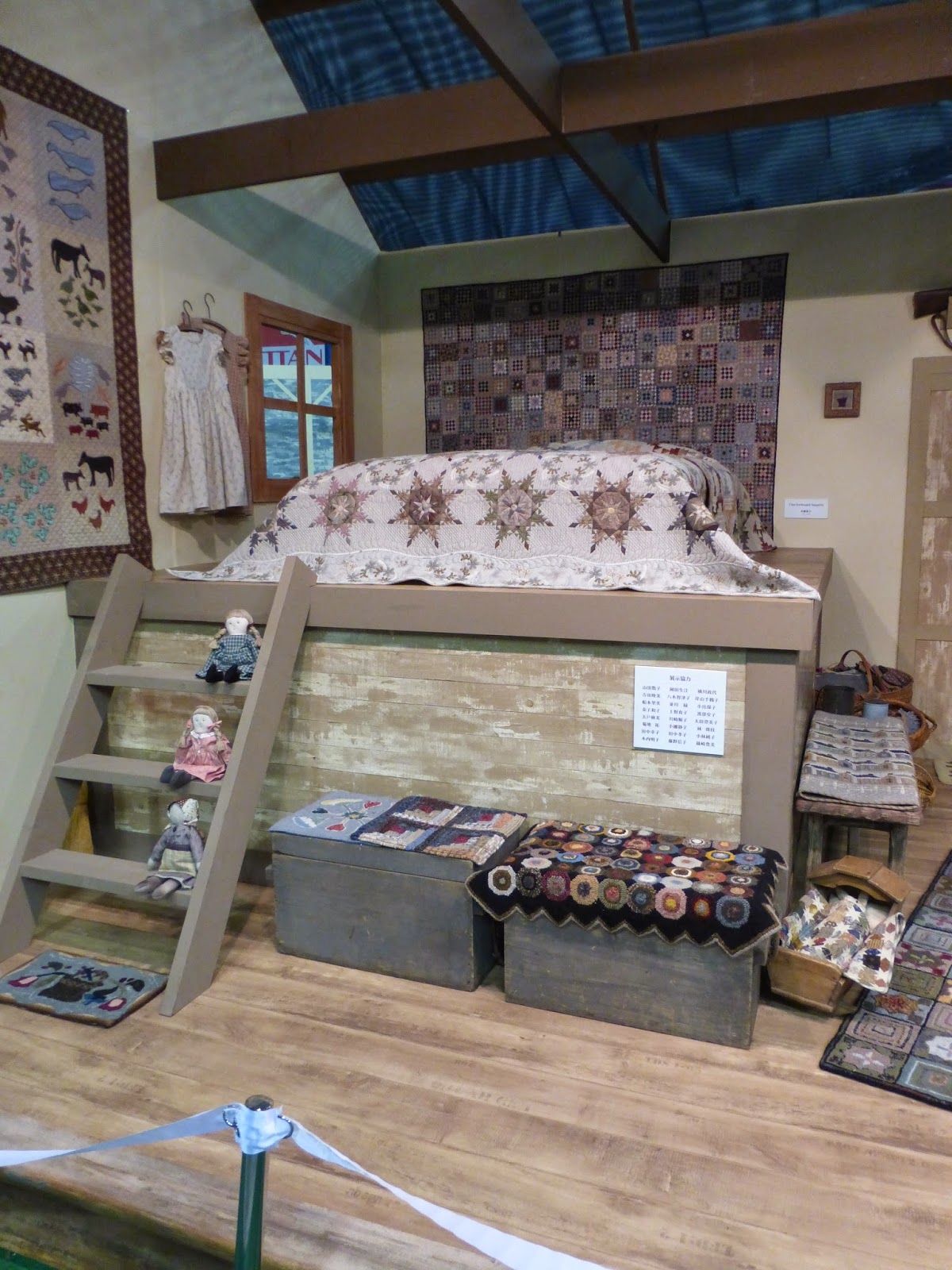 Not a quilt on the floor but a hooked rug. 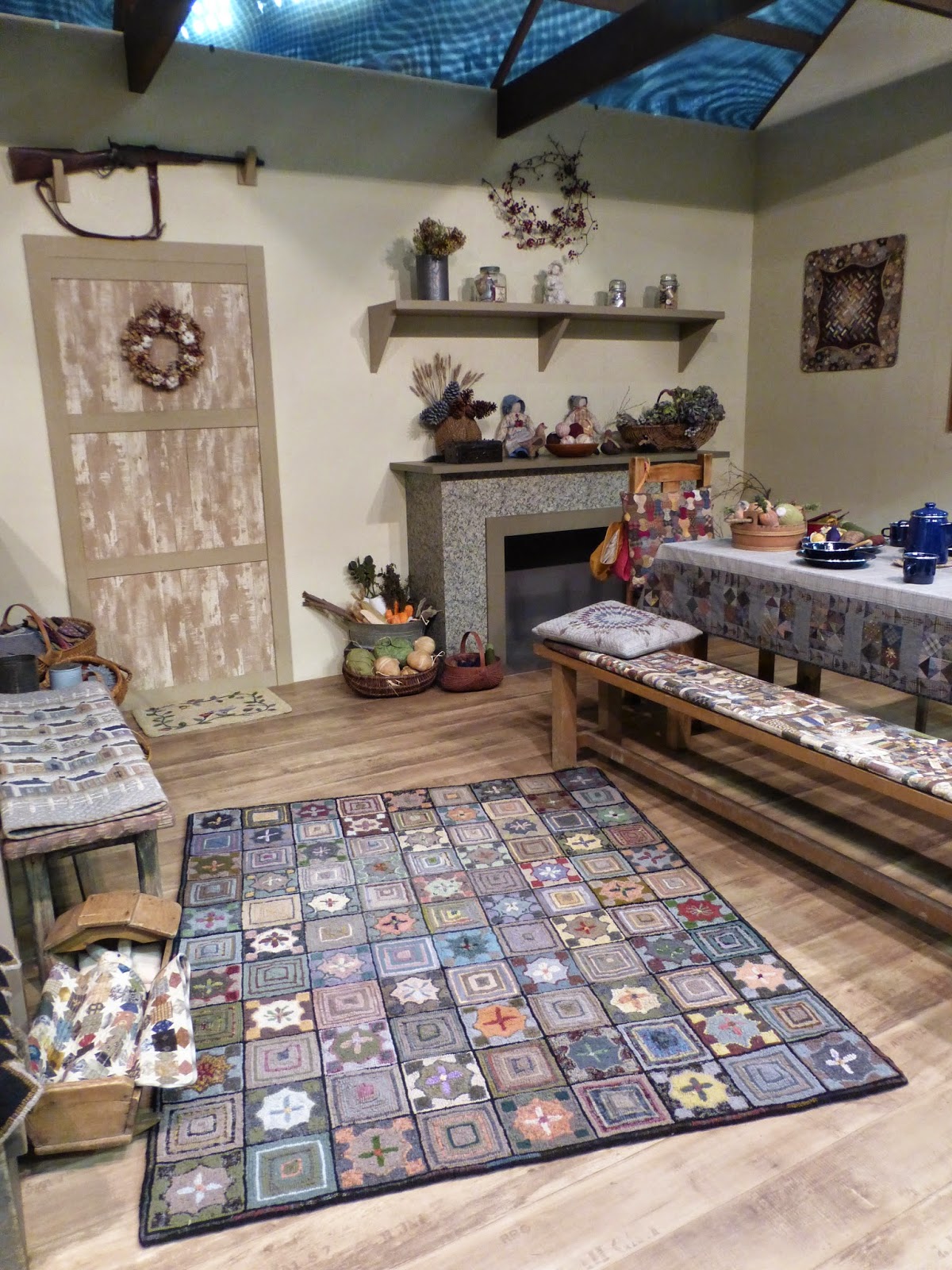 The quilts were by Yoko Saito, queen of the taupes, although I'm not so sure if she made the red and white one. 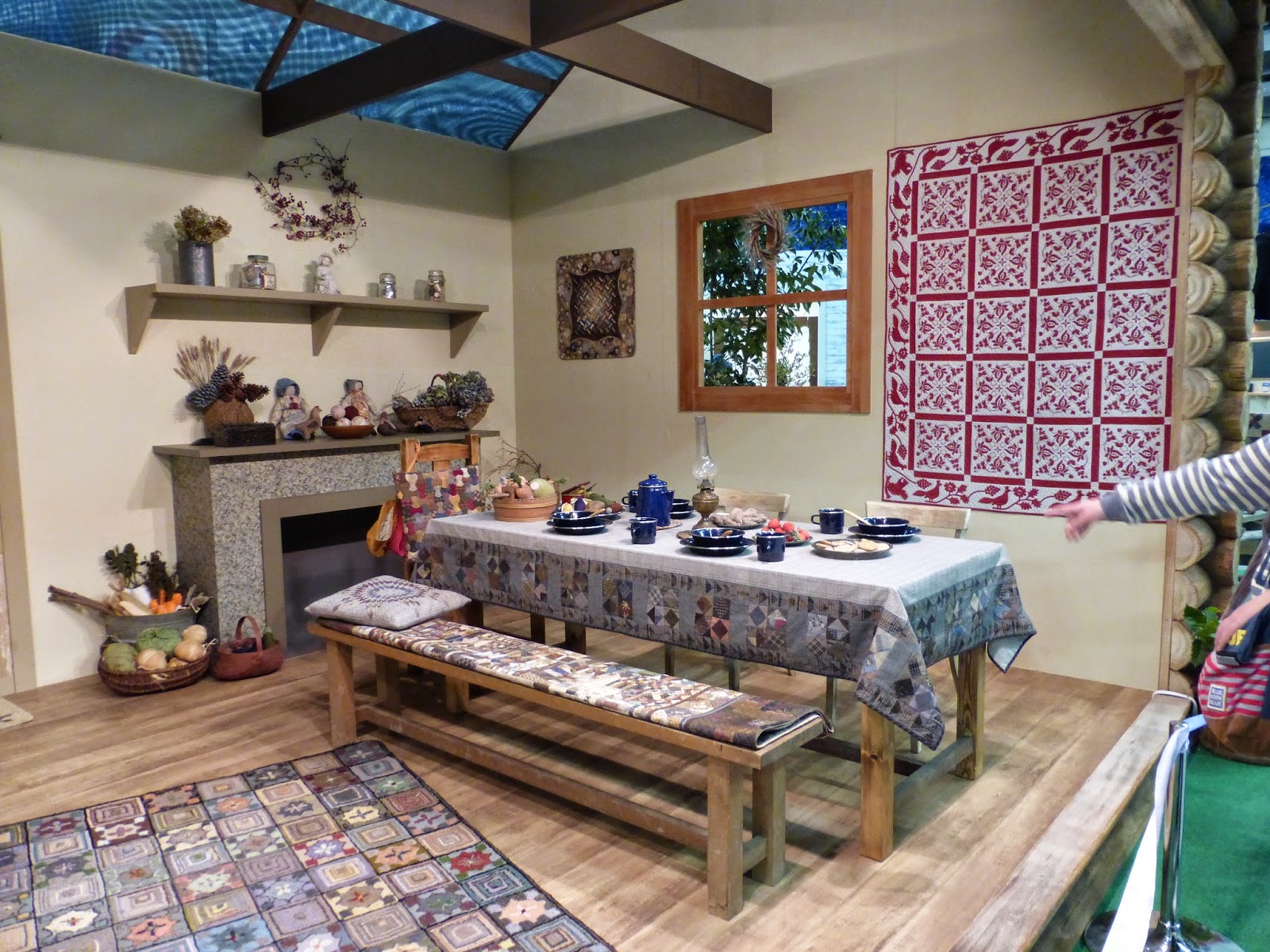 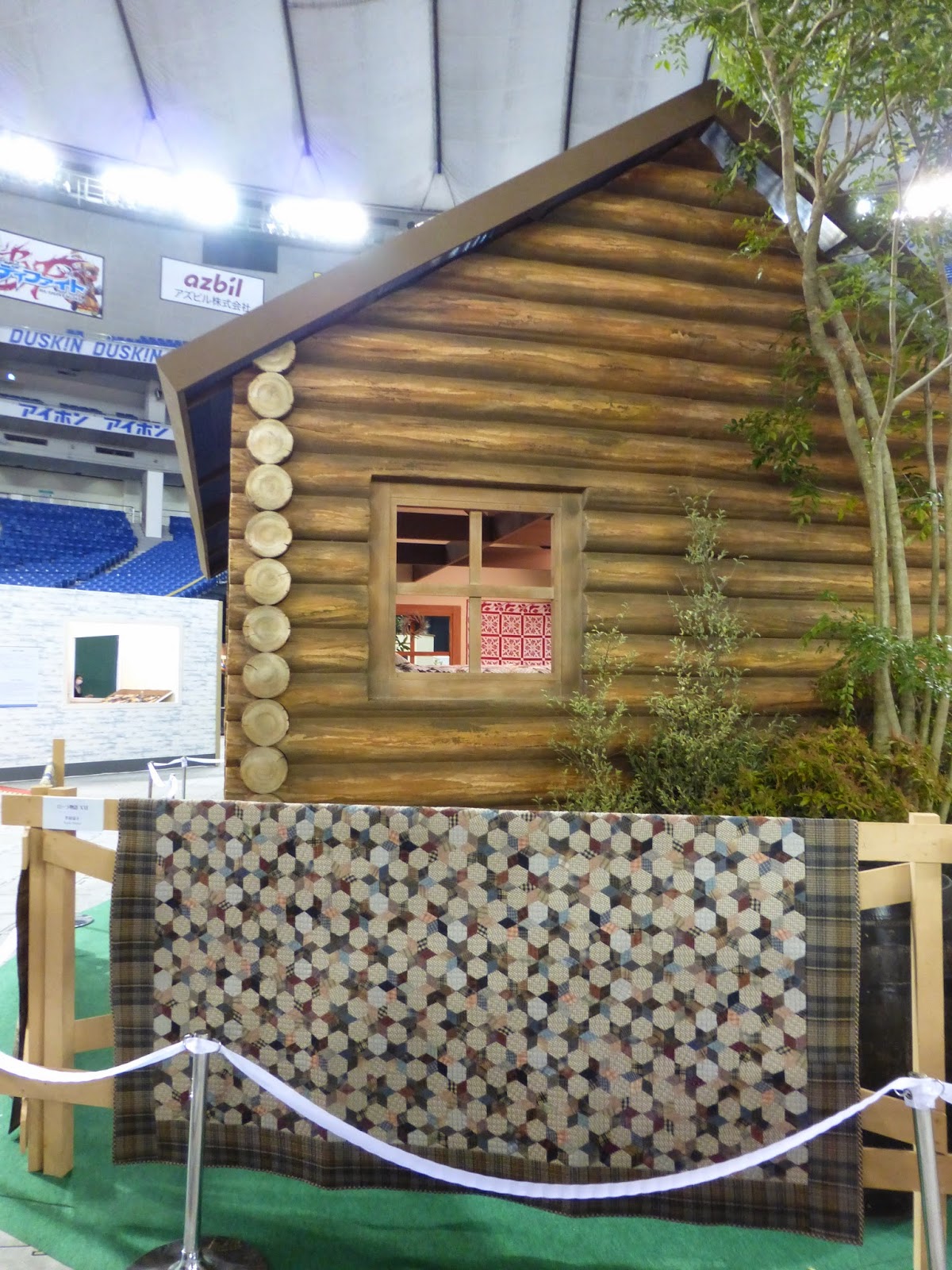 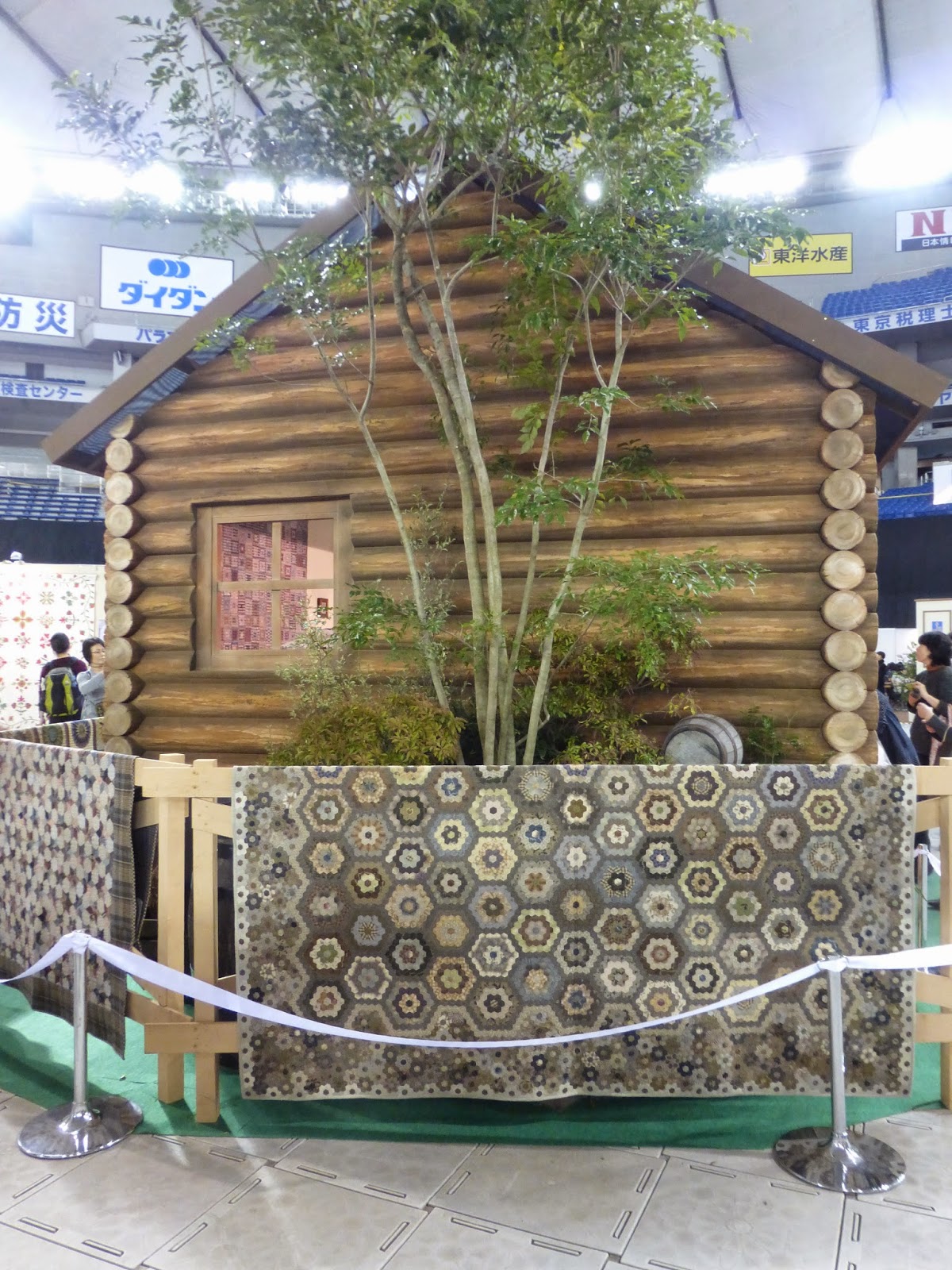 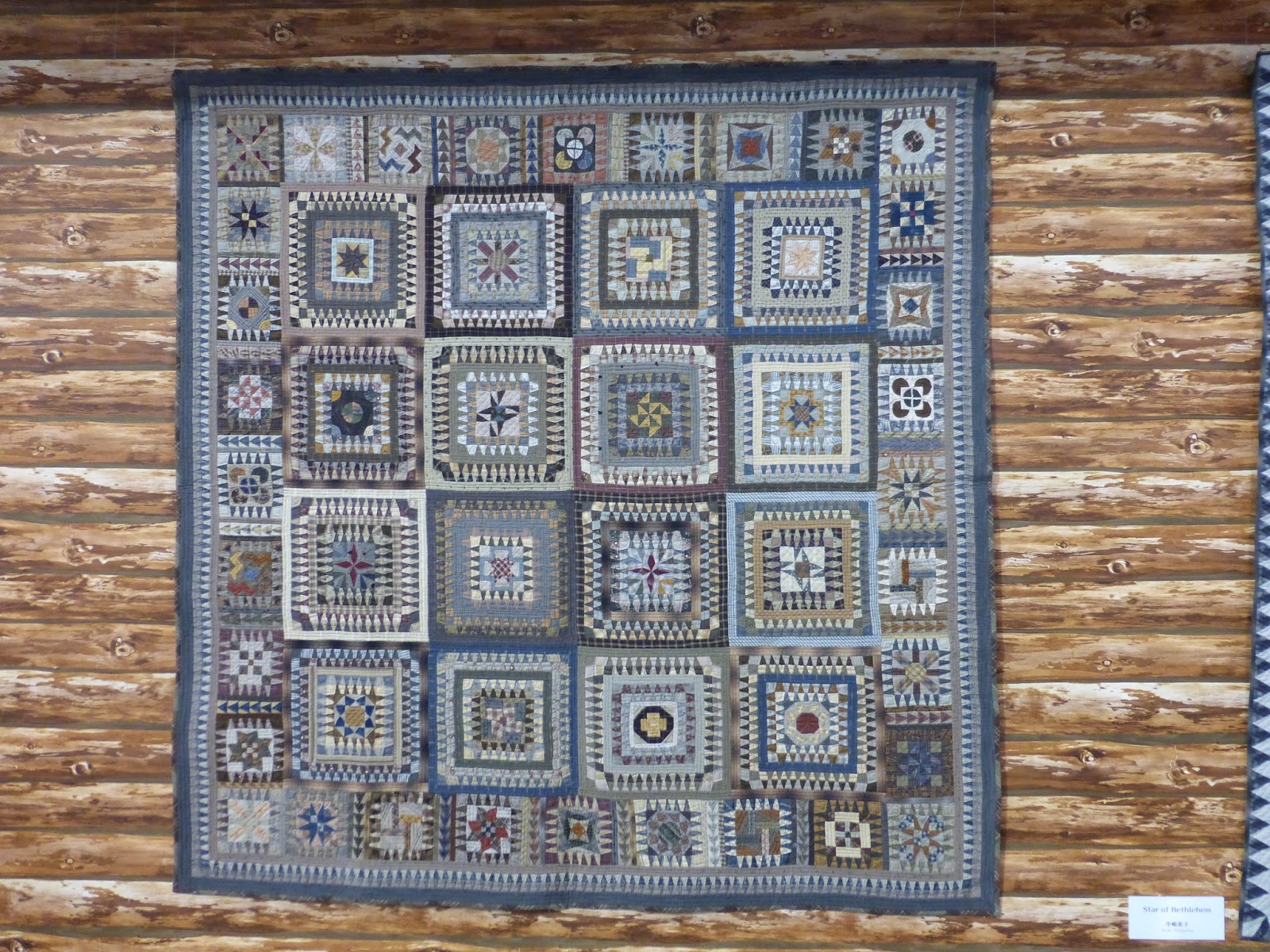 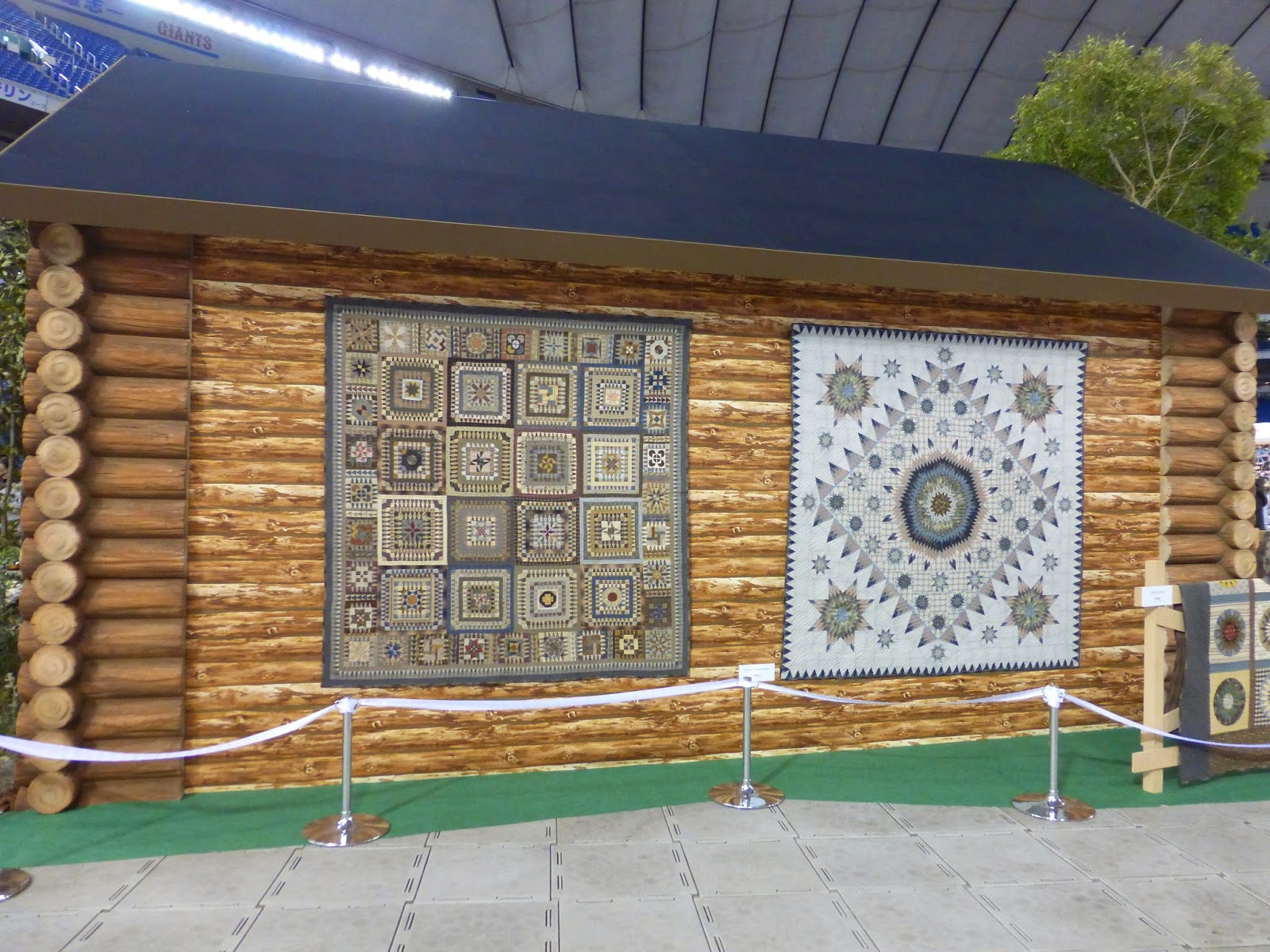 It all made for a very cute exhibit.  I don't remember the TV series much, although it was shown in the UK and I did watch a few episodes, but by then I'd already read the books and found the TV series a bit too saccharine for my tastes. 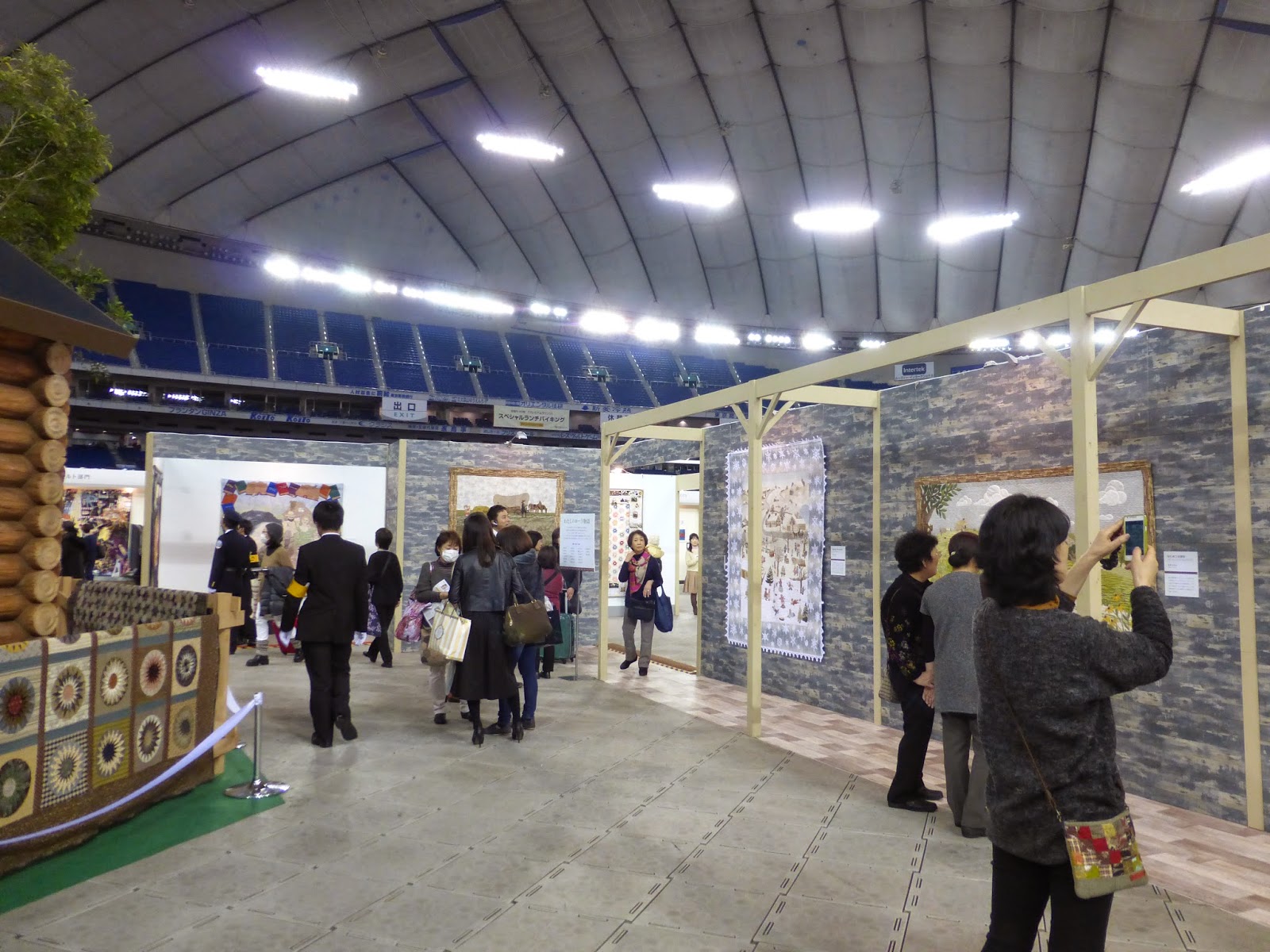 Oleson's Mercantile was imagined as a kind of fantasy quilt shop. 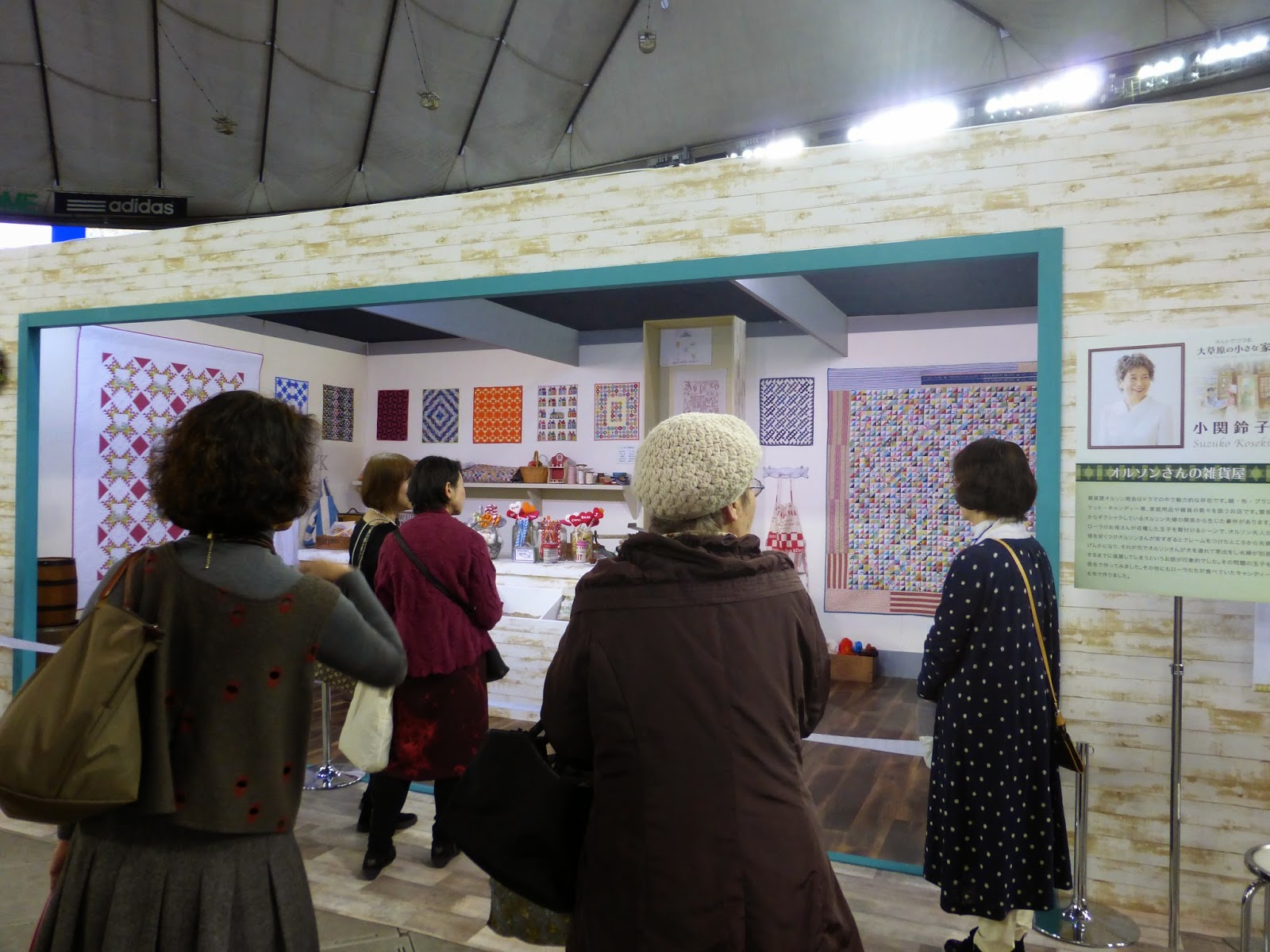 The real nineteenth century American quilts were shown next to the Little House setting, all from the Poos Collection. 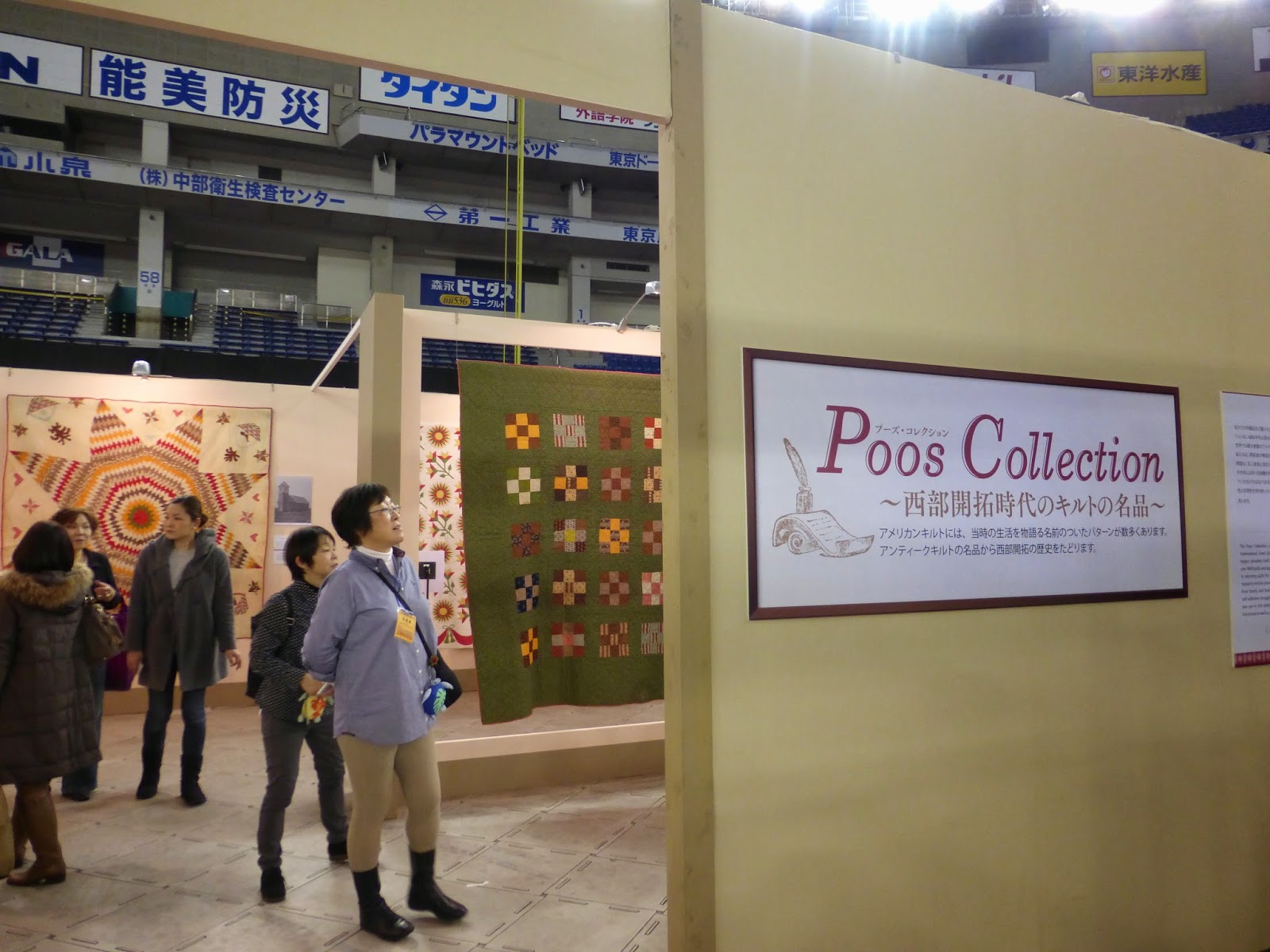 There was a wonderful variety of prints in this Log Cabin. 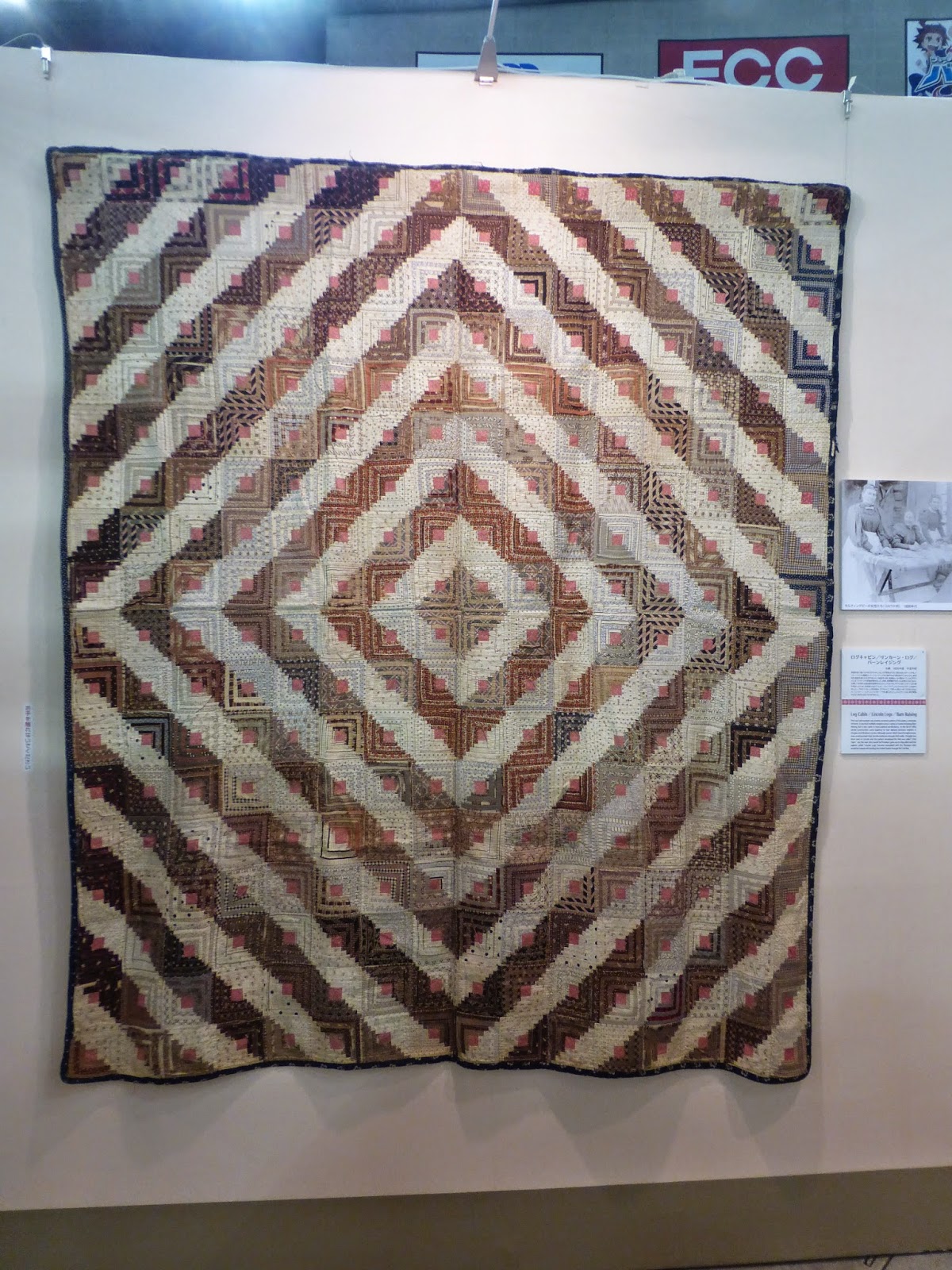 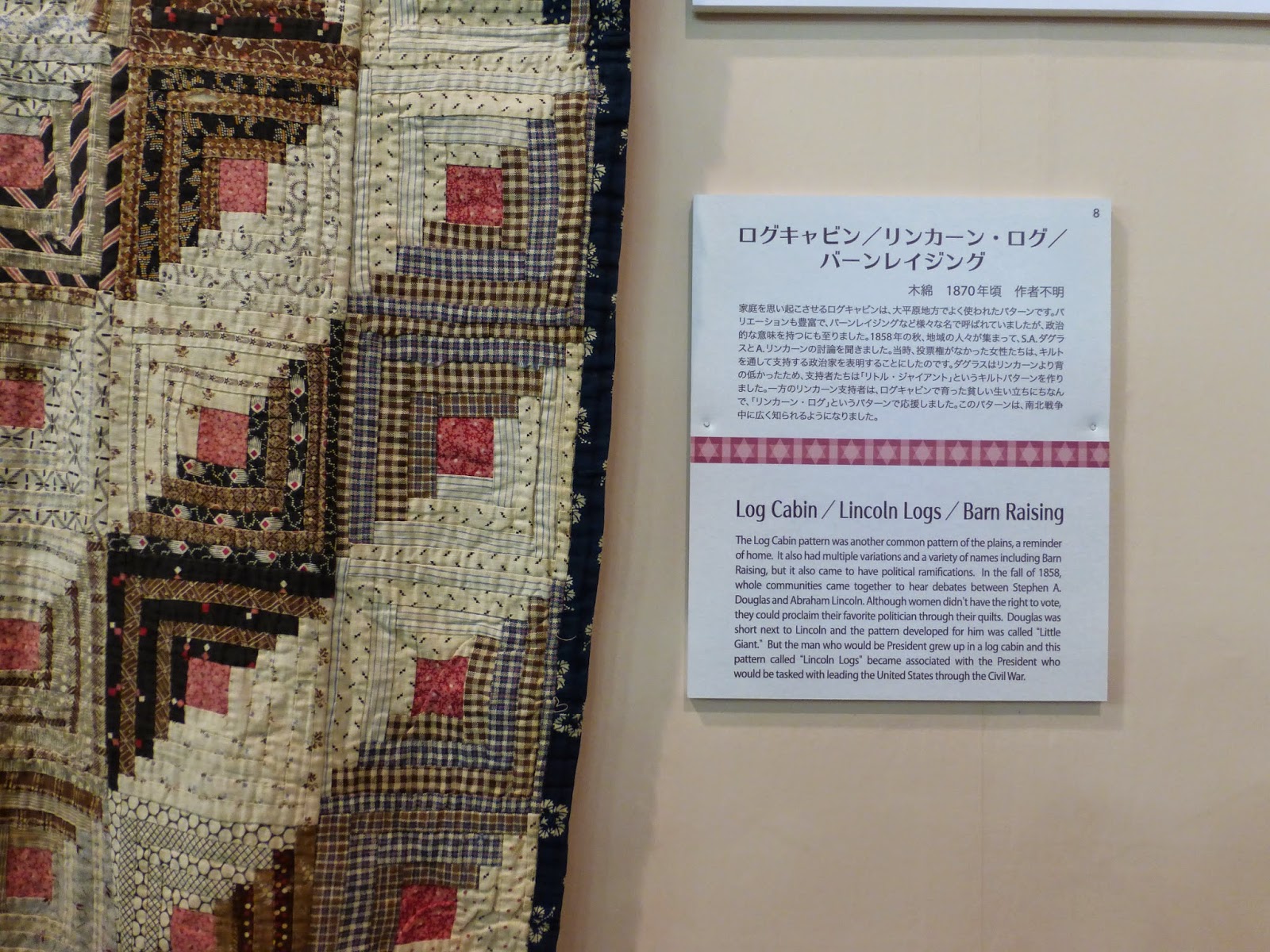 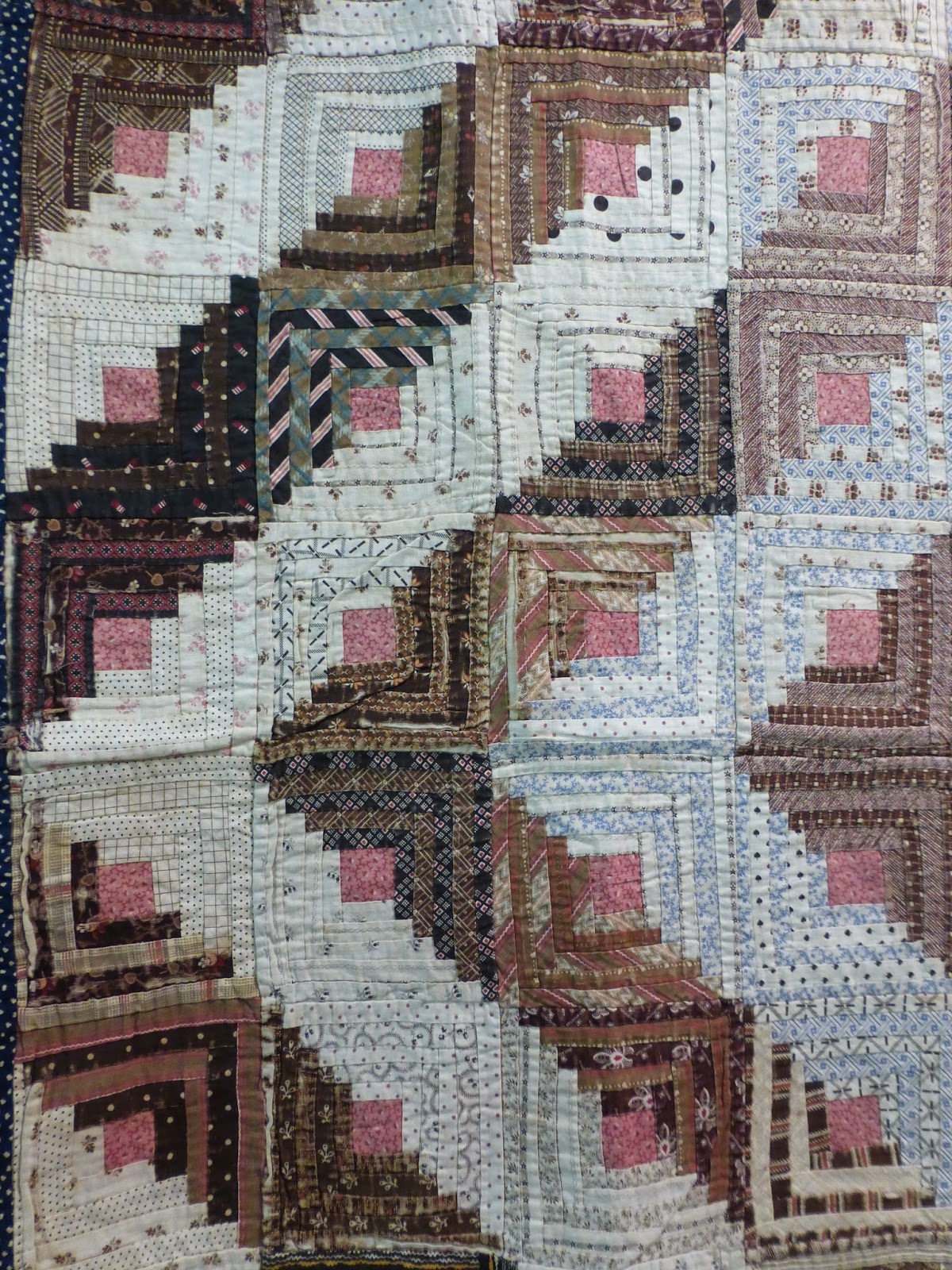 I liked this two sided nine patch very much, but somehow didn't get a photo of the other side - it was another nine patch. 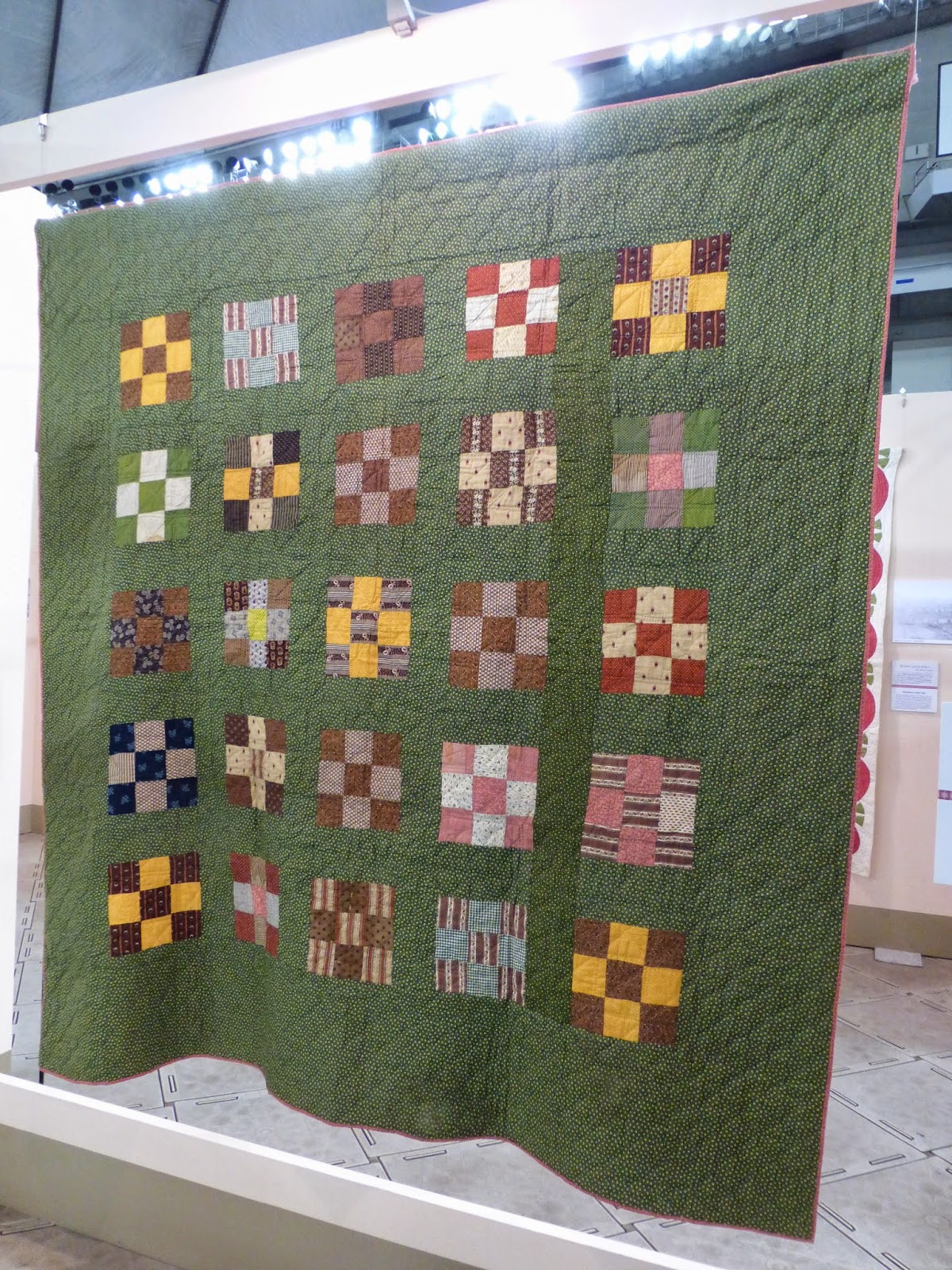 There are still several exhibit categories to go...
Posted by Susan Briscoe at 08:58

Love the green braided rag rugs as "prairie". What is missing from the exhibit here is dust and sand and grim, but those do not fit with my idea of thing Japanese.