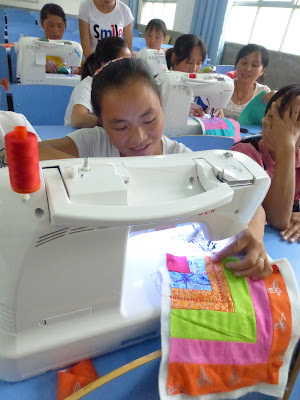 I had planned to do quilt-as-you-go with the students, for several reasons - not only would it show them how to make a quilt without needing a large area to layer the quilt sandwich, it would also mean that lots of students could work on the same quilt.  As things worked out, there were no large tables to use in class and the floor was quite dusty, although it was mopped every day and the classroom cleaned.  If there's one thing I will remember about China, is that it is a very dusty country, even in such a high rainfall area as the subtropical south west. 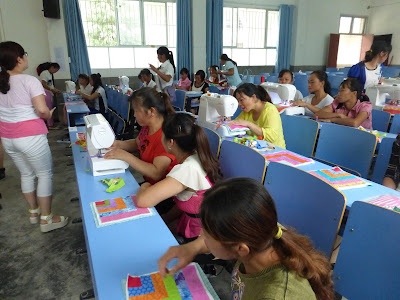 The students were impressed with the fancy stitches on the machines, so we did the quilt as you go using these stitches.  Alex from Aurifil had sent us some beautiful threads to use - Aurifil #50.  I kept the brighter colours for the machine quilting and asked the students to choose contrasting colours.  The exact colour combination was their choice.  Rather than keep rethreading the machines, we kept one thread on one machine and just moved around from one machine to the next. 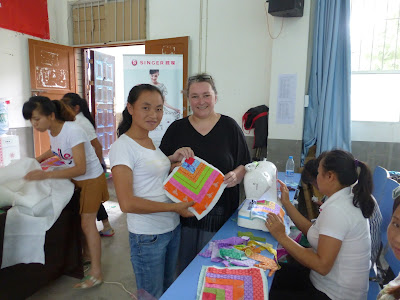 The backing squares were cut very generously and I did all the block trimming, as I didn't want us to loose any blocks through wrong measurements.  Because each student did not have their own ruler, we had asked them to make their squares slightly bigger than the width of an A4 sheet of paper. 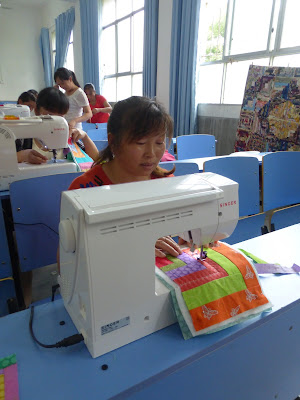 Corner in the Cabin works really well as a group quilt, precisely because the blocks can be trimmed to fit and there are no seams to match up from one block to the next. I first saw it as a group quilt being made by Wombourne Quilters (Janet Bevan was quilting it when I stayed with her about 10 years ago) and we later made one at Wrexham Quilting Circle, as a fundraising raffle quilt.  As a spin off from the WQC group quilt, Dot Sherlock of Quilters' Needs made one that was featured in my 'Compendium of Quilting Techniques', where she used a lot of lime green - her least favourite colour, so it was a challenge to make.  I gave every student a colour copy of that page from the book as an inspiration. There was quite a lot of lime green in the group's version too. 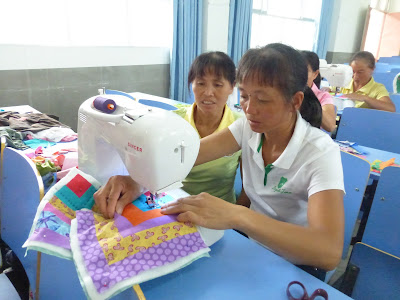 They used sea green for the backing and we would later add bright green sashing strips to the back too. 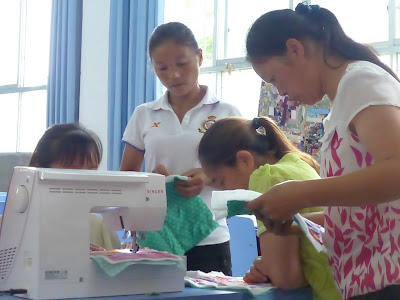 We needed somewhere to arrange the quilt blocks and ended up using one of the table tennis tables in the courtyard, after giving it a good clean.  I kept my fingers crossed we wouldn't get a rainstorm while we were outside. 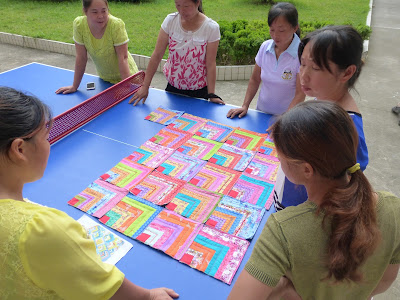 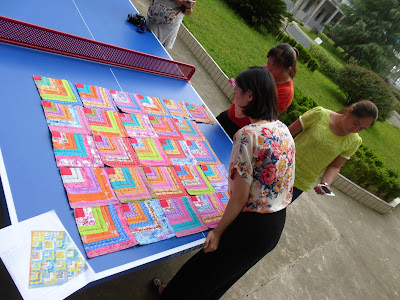 Once we had all the blocks, we chose a progression where the lime green strips made a diagonal step pattern across the quilt. 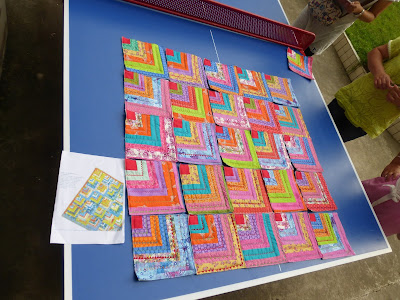 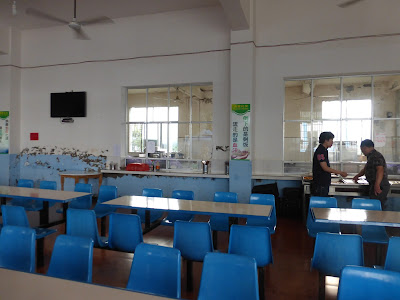 That evening we ate in the student canteen.  It was just as tasty and spicy as the restaurant food we'd been eating - it felt like we were always eating something in Pintang. 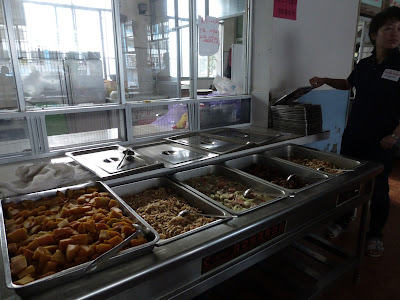 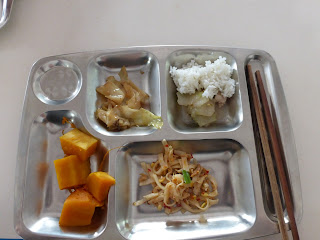 We were now on track for our final day.  Making these blocks had given the students a lot of practice maintaining even seam allowances.  I spent the evening drawing up a metric worksheet for one of my designs that needed precision seam allowances - hoping they would be up for the challenge on our last day...
Posted by Susan Briscoe at 23:31

Impressive what you have covered in three days .... language and equipment limitations as they were..... I am ready for the last day !!!