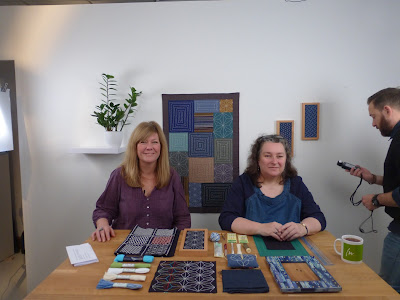 On Tuesday morning I was up very early to get the train from Perth to Edinburgh, fly down to the F & W Media offices at Exeter and record two sashiko tutorials which they plan to release in February via their Sew & Sew website.   They are also going to publish a selection of projects from my two sashiko books in a special e book format.  The tutorials involved me chatting to commissioning editor Sarah Callard and showing her how to mark and stitch asanoha (hemp leaf) and variations on kakinohanazashi (persimmon flower stitch).  There will be several projects in the e book that use asanoha, and I decided to do an update of the framed samplers from 'The Ultimate Sashiko Sourcebook' for the tutorial. 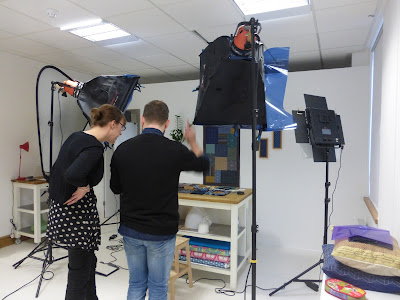 Ame Verso directed us and Jason was our cameraman.  They were brilliant and we got the two tutorials done with very few retakes. 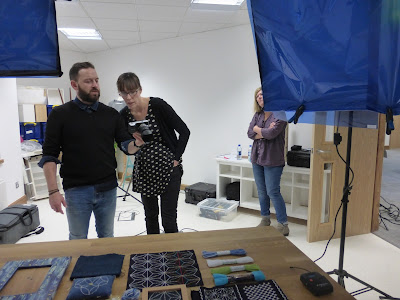 I have the same workbench in my own workroom... It was rather warm under the lights. 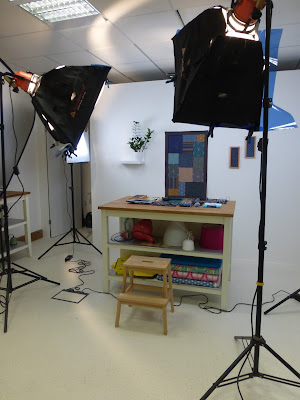 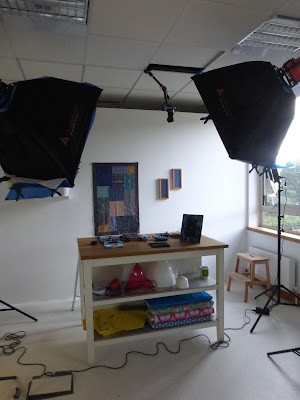 The work area set up for the asanoha shoot. 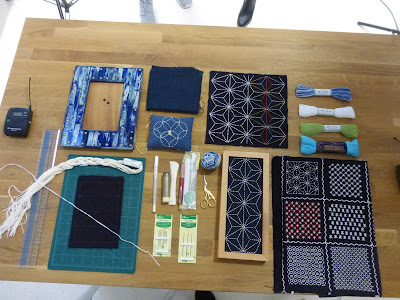 The second tutorial featured some of the sampler pieces made by my students from Edinburgh, as well as a cushion from the sashiko book.   I can't wait to see the final edits! 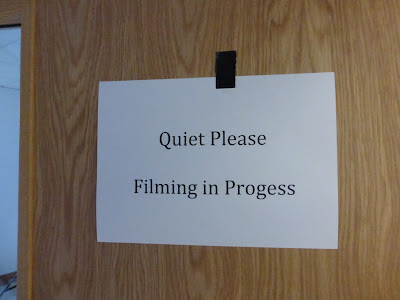 February...that is light years away!! I can't wait to see your tutorial, I'm sure that it will be wonderful.

This is very exciting and I will look forward to the ebook and filmed tutorials!

Wow, you have been busy - All very exciting!