East of the Sun and West of the Moon 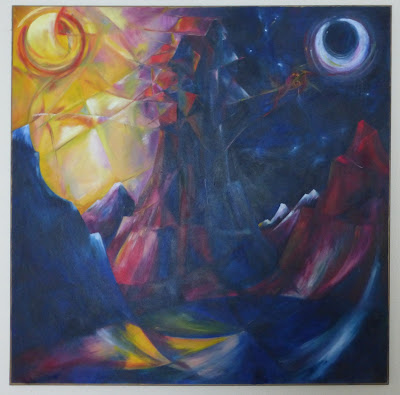 This is my illustration of one of the last scenes from the Norwegian folk tale 'East of the Sun and West of the Moon', which I was led to by Kay Nielsen's illustrations for the 1914 Hodder and Stoughton edition of Peter Christen Asbjørnsen and Jørgen Moe's collection of stories, translated by G. W. Dasent. While it was the illustrations that I originally loved, the English translation is very poetic and there is a great rhythm to the language.

This is Kay Nielsen's illustration of the same scene

The illustrations for this book are just amazing, and show the influence of Nordic design and Japanese ukiyo-e on Nielsen's work.  I love the way he interprets trees too -

The six brothers riding out to woo

I have a kimono in my collection which reminds me some other Nielsen illustrations, this time for 'In Powder and Crinoline' (1912). 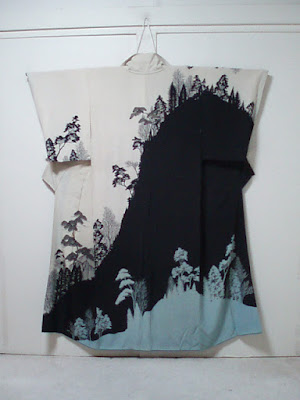 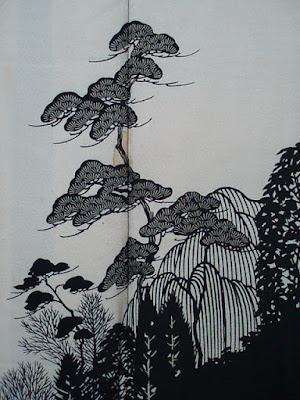 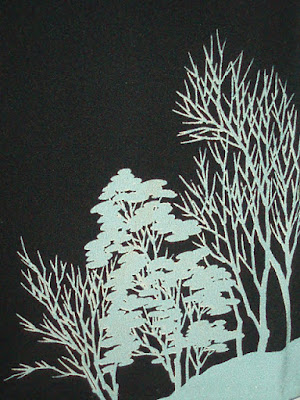 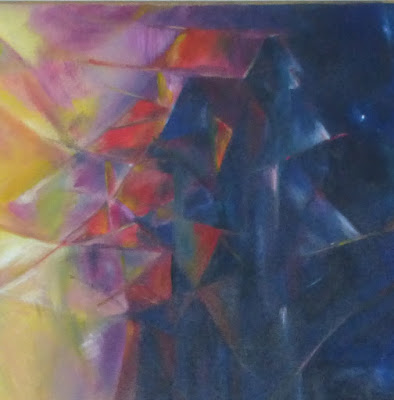 Mine isn't a quilt, although it looks a bit like one.  I painted it in oils (easier to blend on the canvas than acrylics) and it is about 44in square.  I was influenced by early works by Paul Klee, Wassily Kandinsky and other Abstract Expressionist and Cubist art.  It was painted in 1985/86, a long time before I made my first quilt!

Labels: East of the Sun and West of the Moon, paintings