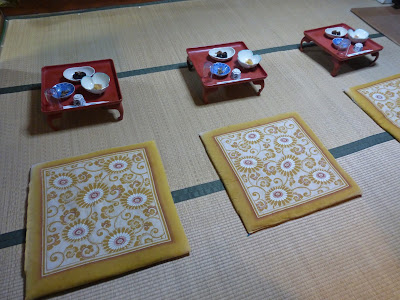 On the evening of January 6th, we went to a small onsen ryokan in Torisaki district, at the very north western tip of Yamagata Prefecture.  Three small meals were arranged in front of the kamidana.  Amahage, Yuza-machi's New Year demons, were coming! 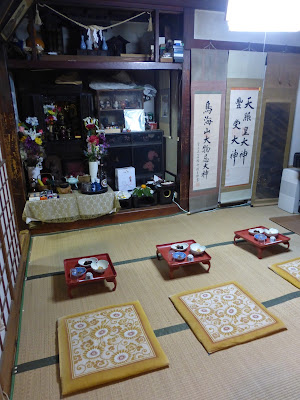 I saw this traditional event for the first time in 1992, when I worked in Yuza as an Assistant English Teacher on the JET Programme and spotted some information about this year's event on Yamagata's tourist portal here.  Amahage are similar to Namahage, which are found in nearby Akita Prefecture.  In 1992, they came for naughty children and lazy people.  As the members of Yuza Sashiko who were with us are very industrious, we felt quite safe, but... 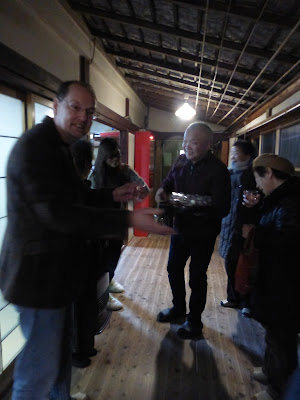 We could hear the drum nearby, announcing the Amahage's arrival.  They travel on foot. 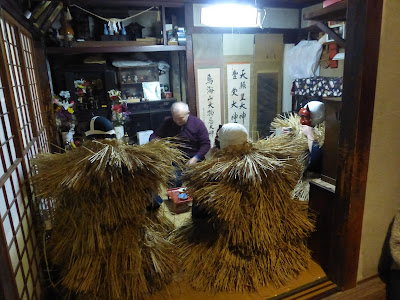 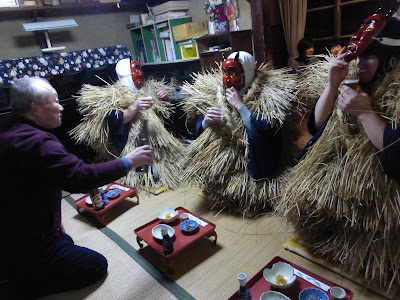 On the way out, they spotted Yuza Sashiko members... 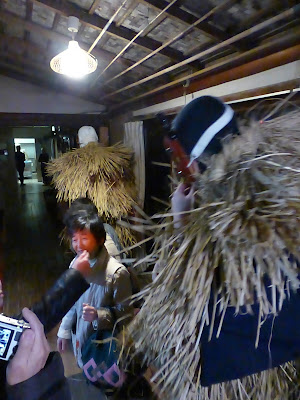 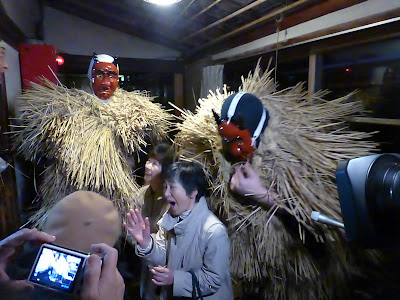 Maybe we all didn't sew enough sashiko!  I'd lost my voice the day before, so I couldn't even scream or shout properly.  But we escaped!


One of the Amahage's shimenawa ropes was given to the ryokan, for good luck in 2017. 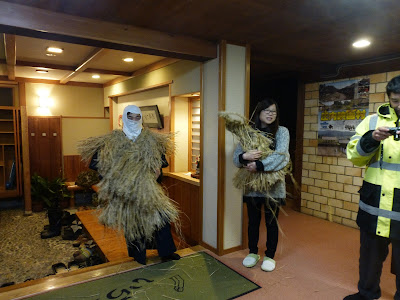 Here are the ropes from previous years. 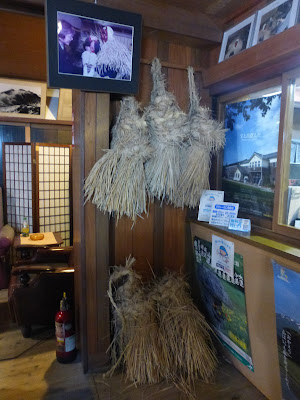 A TV crew were following them around. 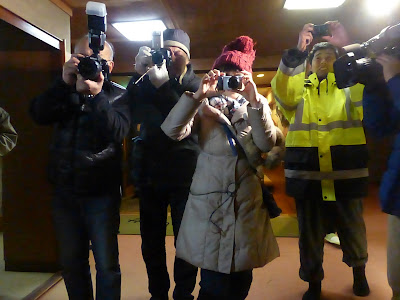 It is lucky to keep a bundle of the 'lost' straw. 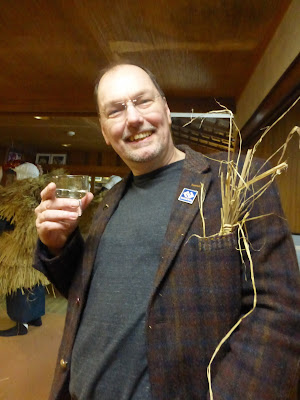 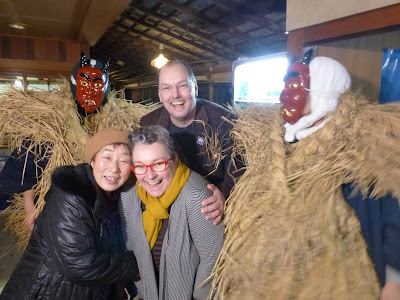 The tradition is reminiscent of many of our New Year good luck traditions, such as the Hooden Horse in Kent.  The first photo set is from the 2007 Plough Tour in Speldhurst and the horse is with Hartley Morris Men. 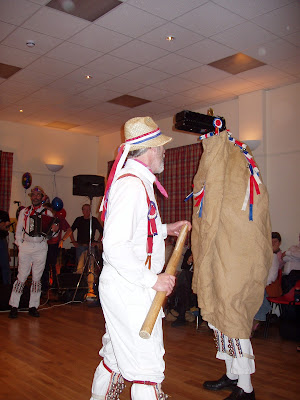 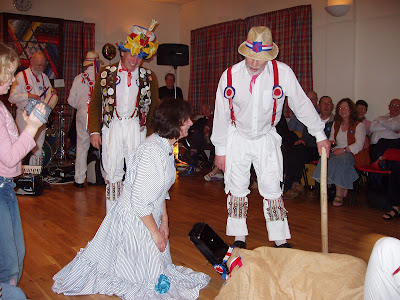 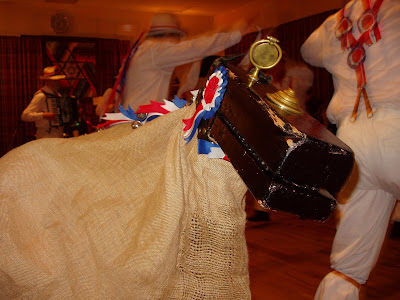 From the Plough Tour 2009, two pubs near Chiddingstone Causeway. 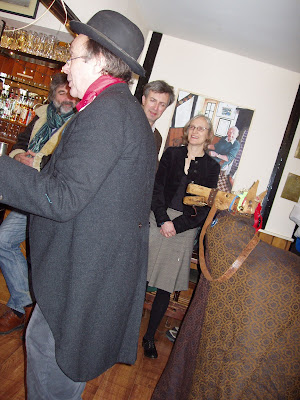 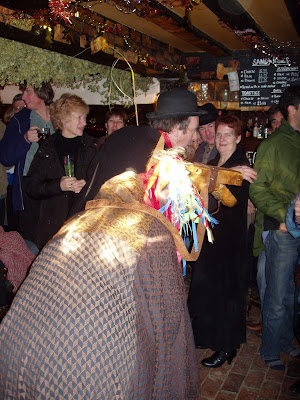