Tricycle adventures, good and bad... and Festival of Quilts 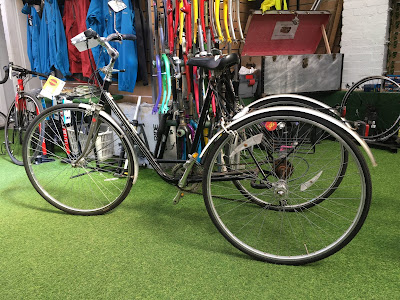 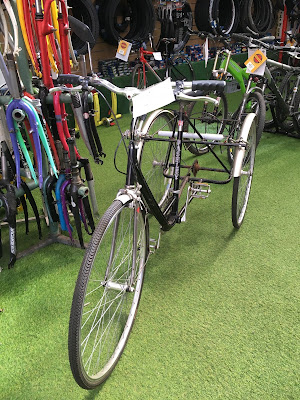 We have a problem.  My husband Glyn had a cycling accident last weekend on my 'new' vintage Pashley trike and has badly injured his knee.  He has detached the cruciate ligament in his right knee and damaged one of the other ligaments.  The upshot is that we’ve been back and forth to the hospital all this week, he’s got to have an MRI scan on later August and they are talking about surgery being necessary.  It’s a problem because he can’t walk properly but more importantly can’t drive, and won’t be able to even think about getting back to driving for at least 3 months, possibly longer.  For now he has been signed off from work for 6 weeks (but will be able to do some work from home). We will be going to Festival of Quilts as planned, but he won't be doing a lot of walking around.

First, the happier photos! The pictures at the top show the trike at Edinburgh Bike Station, where we spotted it a fortnight ago.  We brought it home in the car last weekend and put it back together (correctly!) 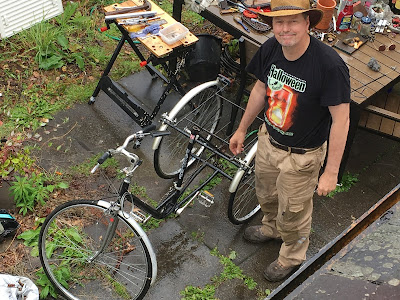 We gave it a 'new' secondhand gel saddle, hardly used, for more comfort. 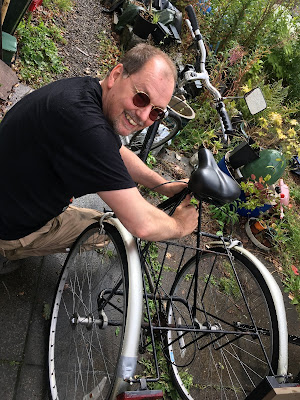 Then we took it out for trial rides. It is fun!  It handles completely differently from a 2 wheeled bike, and the last time I rode a trike I was about 5 years old. 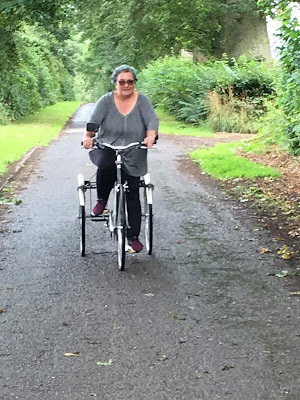 Slowing down for a turn is essential, but you can turn in a tiny space. You can't fall off easily (we thought)... 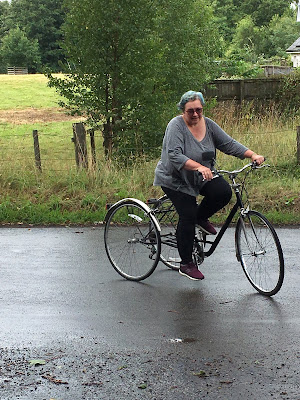 Glyn got in plenty of practice too. The trike has a tendency to pull into the kerb, which was worse on the corner of the lane, following the camber of the road, hence going very slowly there. There is quite a dip opposite our drive, which is where a huge puddle forms in the rain, causing us some flooding problems on the drive in the past. 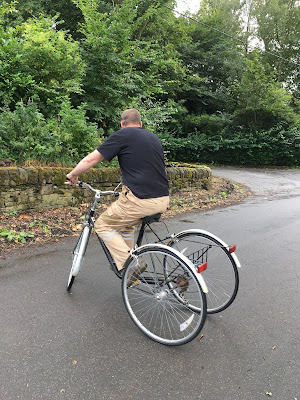 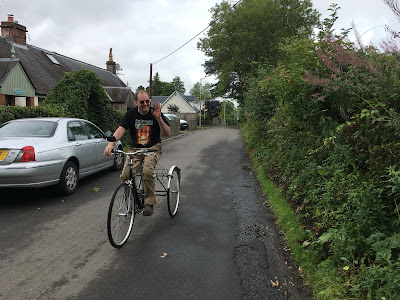 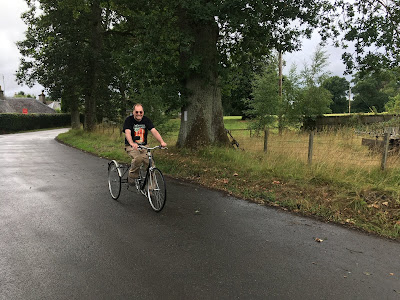 The gears are 10 speed Suntour Cyclone 2, with a Stronglight 100 chainset. So it is a very smooth ride and a bit too easy to pick up speed. The gear change is on the handlebar stem, so you have to bend down to change gear, which is a bit awkward, as the trike riding position is much more upright than a racing bike. We already planned to change this. 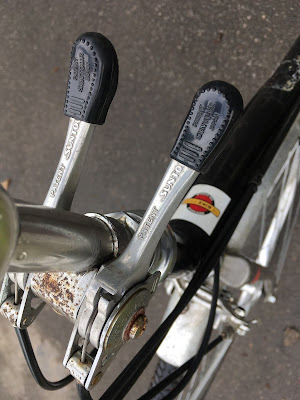 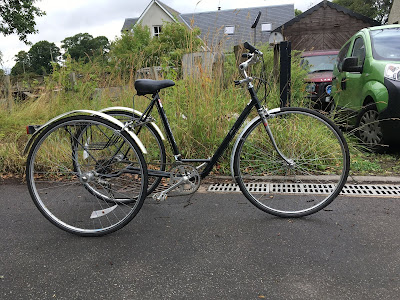 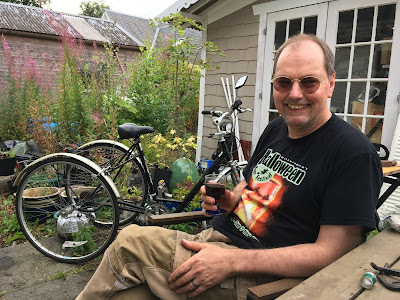 Toasting our success! We really felt we had got to grips with the basics of trike riding. So when Glyn went to the Co op in Coupar Angus later that evening, he rode the trike. Unfortunately, just after turning at Kettins cross roads, he tried to change gear at the same time the bike hit a sudden change in the road camber (not visible on approach) and in a split second the trike had run up a dropped kerb and dumped him straight into the hedge! It does not handle at all like a bike. He had to ride home too because he couldn't walk and had forgotten to take his phone...

Monday morning we were at A&E, and they gave him the first of his splints, after X-rays to identify the injury. 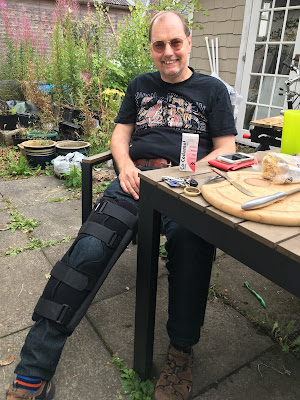 He was fitted for a hinged splint on Thursday. Ouch! But he can hobble around on his crutches a lot better. Glyn just commeted 'I've got a yellow leg' - all the bruising is finally coming out. At least he can still smile.  The painkillers probably help with that. 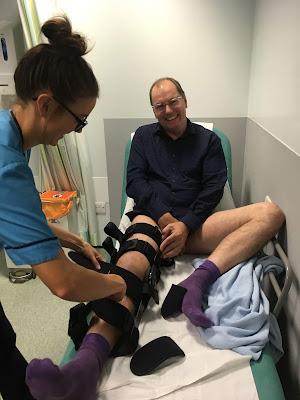 I'm not too optimistic that this can really heal itself without surgery, as one of my cats, Fluff, did exactly the same injury (not involving a trike, needless to say) and had to have an op to reattach it.  At the moment, we don't know when that is going to be, but sometime after the scan.

We will be at Festival of Quilts on N10, but he's going to be doing a lot of sitting down. We are trying to turn that into an advantage for customers. My sales stand has already been redesigned to use 30cm deep IKEA Ivar shelving approx. 120cm high max, with lower sections to work as 'sales counters' so Glyn will be staffing one of those, sitting on a very comfy camping chair. I'm hoping by having all our fabrics on low level shelving, the stock will be a bit more accessible for show visitors in wheelchairs or on scooters, and also for everyone else. NEC say I can drive in close to the show entrance to drop him off and pick him up later, and we can borrow a wheelchair free to wheel him into the show in the morning and back out again in the evening.

The bad news is that I have had to cancel my Australia trip for this year, although I hope I can return in future. I can't go away and leave Glyn at home for three weeks with no means of transport to the hospital (or work, if he is back in the office by October).  We live 15 miles from Perth, where the hospital is quite close to his office.The specialist was talking about 6 months recovery. I really hate having to cancel the trip, but there's no other way - we live a long way from our families (not that they could do much, as both our mums are disabled themselves) and we don't have friends nearby who are free in the daytime to ferry Glyn around if I am not here.  I'm just glad I hadn't got as far as buying my airline tickets.

This really has thrown a spanner in the works! Ironically, the trike is absolutely undamaged!
Posted by Susan Briscoe at 11:29

Hope this does heal without surgery and things soon get back to normal. The trike looks like lots of fun.