After the quilt show on Saturday, Debbie and I went straight up the A1m to Sedgefield, to see the Acoustic Strawbs in concert. I took a few photos during the gig (hopefully our friend Martyn, who arranged our tickets, will be able to send me some better ones - now added below - as he was taking photos with his SLR with a decent zoom lens). The gig opened with Katie Docherty (pic by Martyn below) followed by Bram Taylor and Roly Hindmarsh - check them out live if you get the chance. 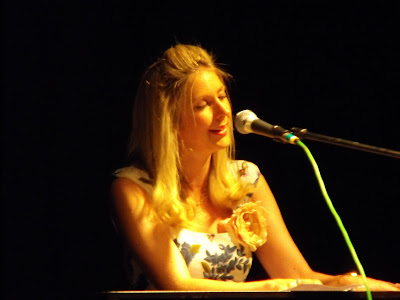 I have been a fan of Strawbs for a long time, since I was at sixth form at least. Dave Cousins (centre below - Martyn's photos follow), their lead singer/founder/principal songwriter, did a number of gigs around Stockton and Darlington as part of an acoustic duo with Brian Willoughby in the early 1980s, and I worked backwards into the Strawbs' album catalogue from there. Strawbs had split at the time and Dave was programme controller at Radio Tees. I never thought the band would reform (with any of their often changing lineups). The current acoustic band has Chas Cronkin (below left) on bass, acoustic guitar & 12 string with Dave Lambert (below right) on lead, slide and just about everything else that can be played on guitar, both from the mid 1970s lineup.  For an acoustic band, they have a powerful sound and if you are/were a fan of Strawbs, the Acoustic Strawbs are a great live band - upcoming gigs list here. I wish I could get to Strawbs 40th anniversary weekend next weekend, but I'll be getting ready for a week away teaching. 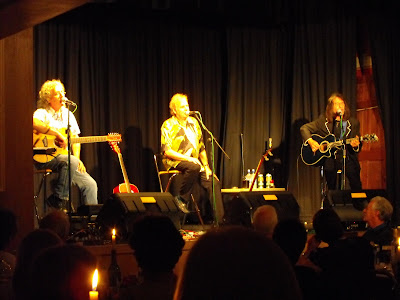 Of course, they played "Lay Down", probably one of their best known songs. Click on the links for some you tube clips - Acoustic Strawbs performing Lay Down (January 2009) and Strawbs on Top of the Pops (as with all TTOP appearances back then, 1972, mimed of course, so the comparison is between a live perfomance and a studio version).

Their encore was "A Glimpse of Heaven" (click the link & scroll down page for full lyrics, and click here for a video clip on you tube), the opening track of "From the Witchwood", probably my favourite Strawb's album -

The hillside was a patchwork quilt
Neatly stitched with tidy hedge
And crumbling grey stone wall
The trees were bare, but Spring was near
To conjure up its endless strings
Of green magic handkerchieves...

LOL, there must be a quilt in that! 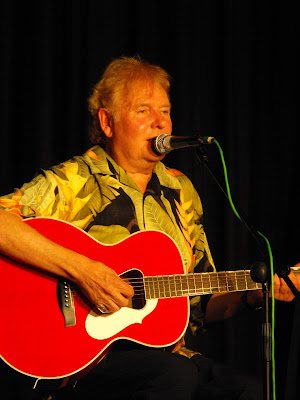 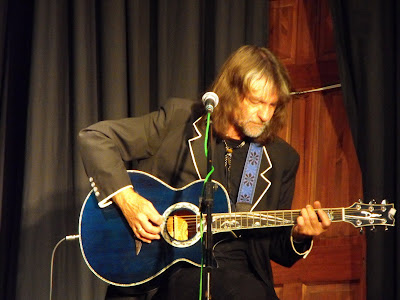 The last time I saw Strawbs was on their 25th anniversary tour in 1994, when I was their follow spot operator at the Theatre Clwyd concert (I did everything from big band jazz to ballet). I won't wait as long to see them again
Posted by Susan Briscoe at 20:24