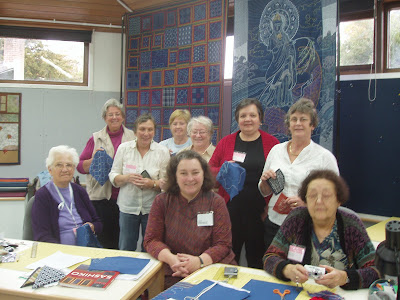 Everyone worked hard and there were some lovely pieces of sashiko to take home! Here's a few photos - two colour juujizashi ("10" or cross stitch) - 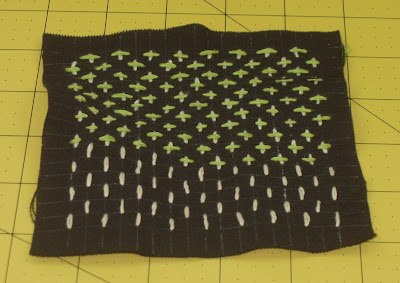 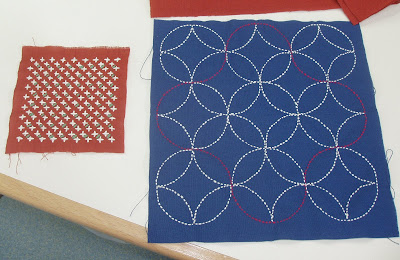 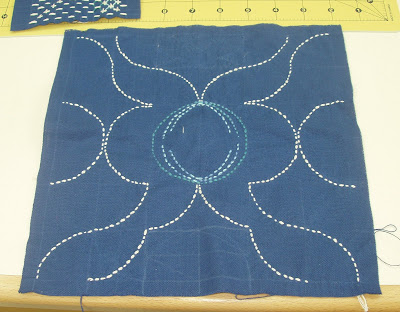 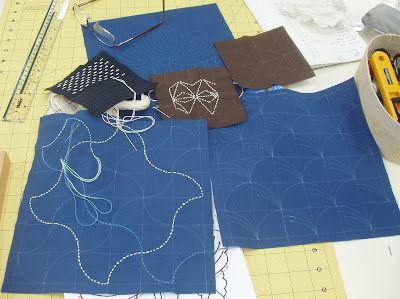 Colour coordinated shippou in red and white, which will be completed with the striped tsumugi border fabric - 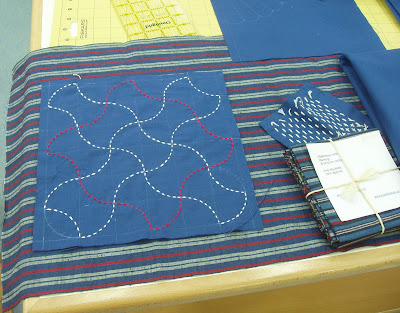 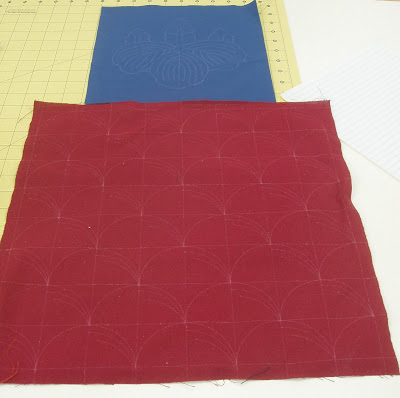 Ganzezashi (sea urchin stitch), a traditional pattern from Tobishima island, can have many variations - here it is marked on a 14in cushion panel. 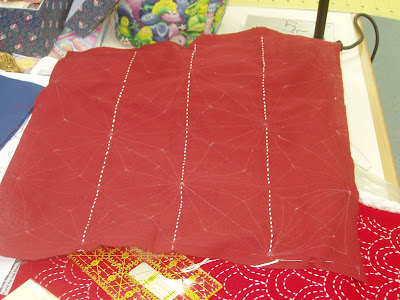 Barbara had brought some wallhangings made from designs in my "Japanese Quilt Blocks to Mix and Match" book and her version of my "Zen - Garden from the Teahouse" quilt, which was featured in "Fabrications" magazine a few years ago (the original is on the right below and Barbara's on the left - I don't usually mention quilters names in my blog, but thought I should for these). Doreen also brought a sashiko piece she had made for City and Guilds Patchwork & Quilting, but I don't seem to have a decent photo of it - it is just glimpsed under the ganzezashi panel in the photo above (if anyone else has, maybe you could send me it?) 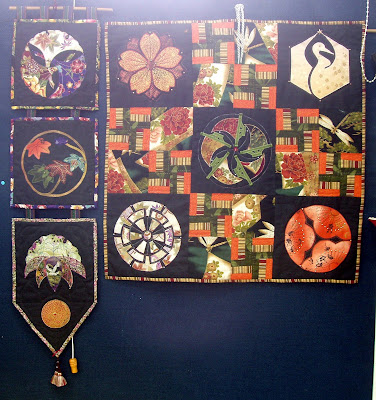 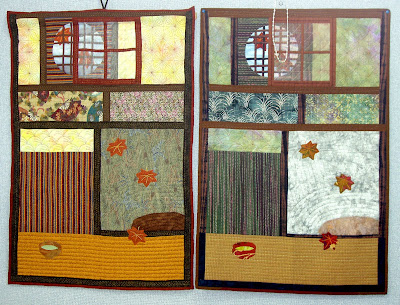 We had a lot of interest from students on other courses this week, so maybe some of them might be able to join me in February 2010, when I am running a slightly longer version of this course, with the opportunity to begin work on a larger sampler or other project on the third day. Just click here for more information direct from the Denman College website. Having more than one day to do sashiko means that more individual and creative pieces become possible, as everyone starts to get ideas for variations on stitches, pattern arrangements and colours. 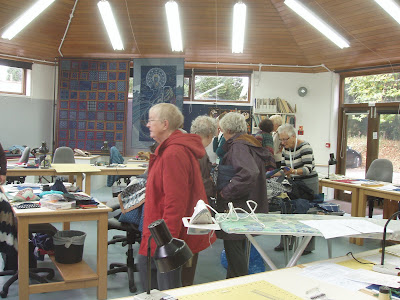