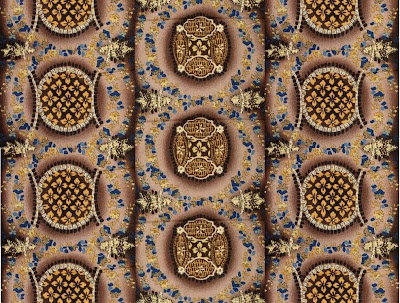 Do you think the fabric in the photo above would work better as a substitute for the kelim-like patterns on the one below?

It is "Bombay" by Kings Road, slightly rearranged in Photo Editor, but the pattern could be achieved easily by piecing. I found it on the Twin Orchards website. 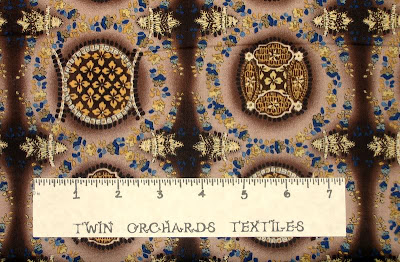 Would it work better than the one I originally planned, "Midnight Magic"? Opinions please! 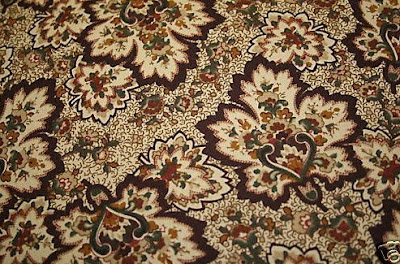 OK, neither of them really look like the original, but there is simply nothing like it out there in any reproduction quilt fabric ranges I know. I have tried to find something that has a similar colour range to the original, but "Bombay" is more geometric than "Midnight Magic". Perhaps there is a fabric with a square motif pattern that could be used on 45-degrees? I considered piecing something with a printed stripe, but I haven't found anything that would work for that yet... unless this would - fom the Family Tree collection by Windham Fabrics. Stripe turned through 45 degrees first - 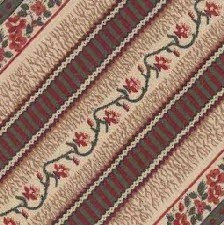 Then the image "stitched" together, followed by the original -

Maybe this would work with a different stripe...
Posted by Susan Briscoe at 12:07