Kamon, Japanese family crest designs, have inspired a lot of the blocks in both 'Japanese Quilt Blocks to Mix and Match' and 'Japanese Taupe Quilt Blocks'. I also use them as a design source for my sashiko, including a selection in the Sashiko Furoshiki workshops and the sashiko courses I teach.

You can read about the history of mon here - the link includes some illustrations. There are thousands of different designs. As well as being used as the equivalent of heraldic crests, mon are also used as more general designs. 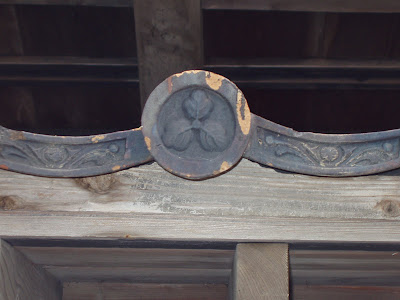 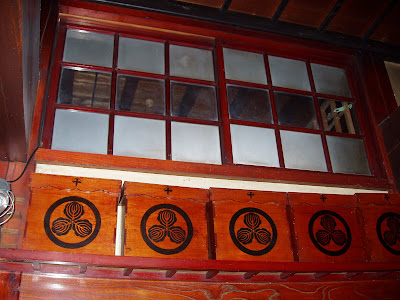 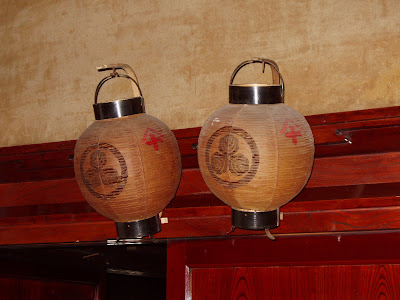 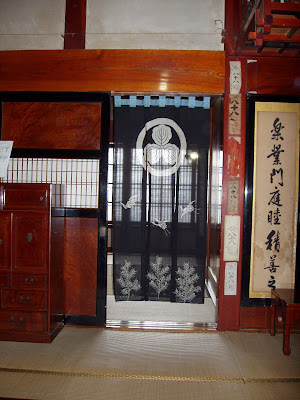 The triple comma (tomoe) is the crest of the temple at Mt Haguro - shrine noren and pillar carving. The third photo shows the same crest used on a man's formal kimono, probably not linked to the shrine at all. 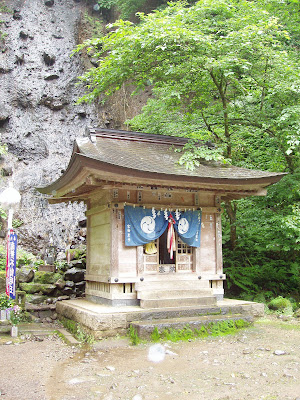 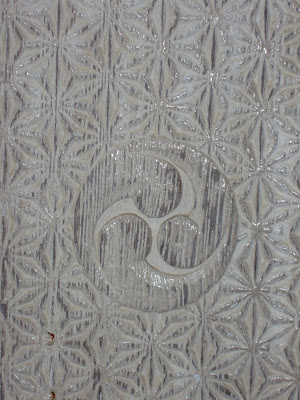 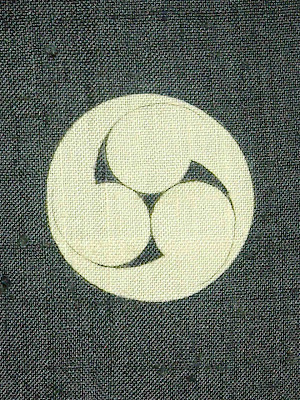 Some other crests from kimono. 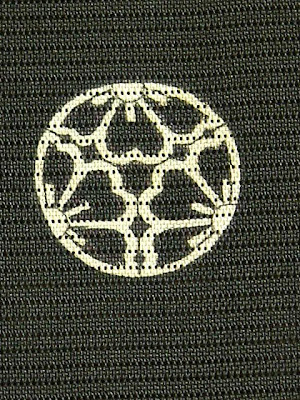 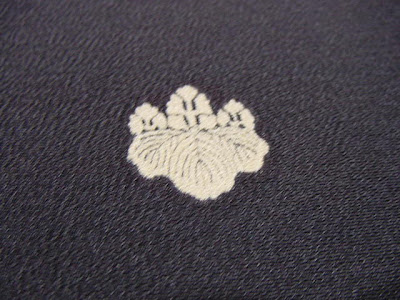 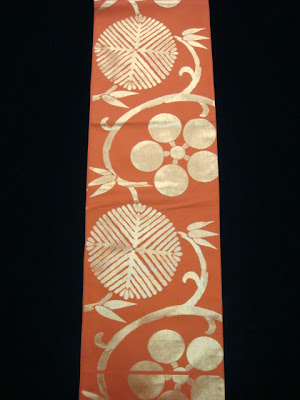 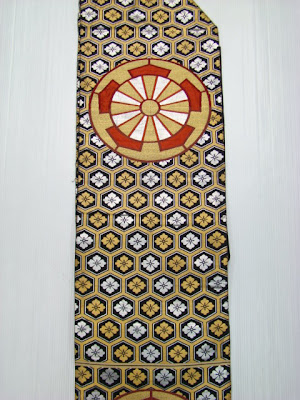 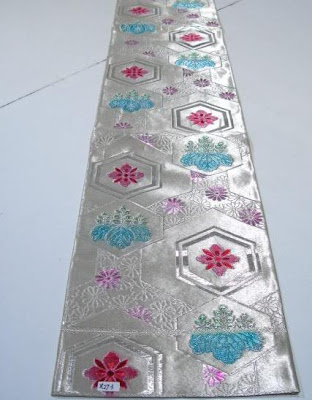 Two obi where the same crests are shown in different styles - 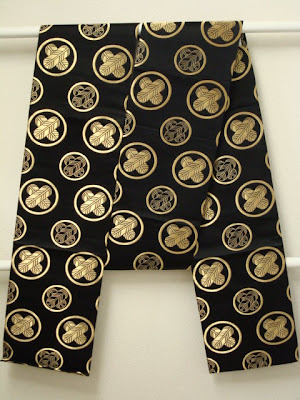 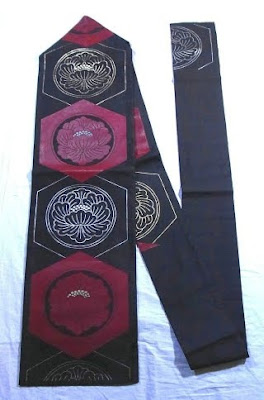 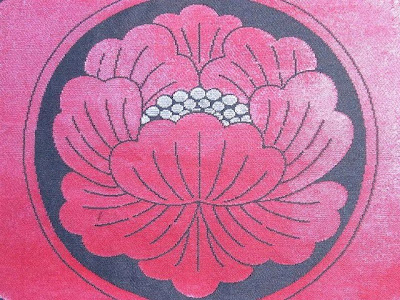 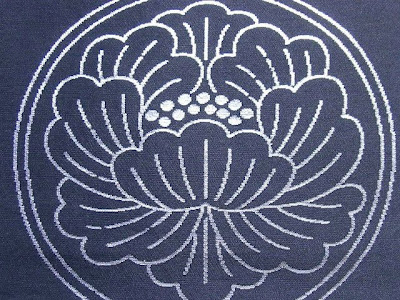 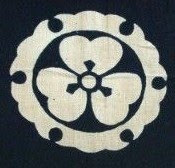 This kamon is carved on the outside of a friend's family kura storehouse. 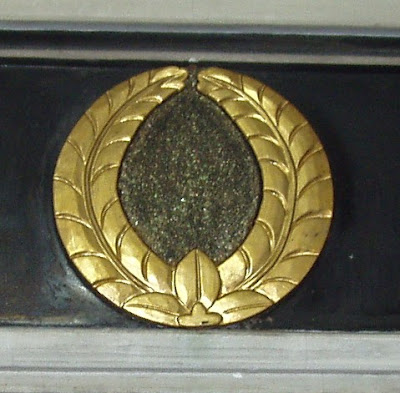 You can find books of family crests to use as a starting point and there are also websites featuring kamon designs. Old crest books include instructions on how to draft the designs. They also show how to draw many designs used for sashiko. 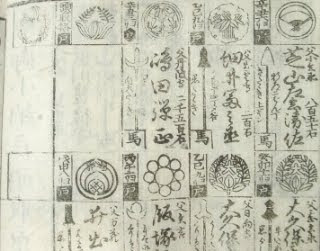 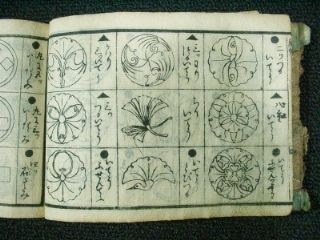 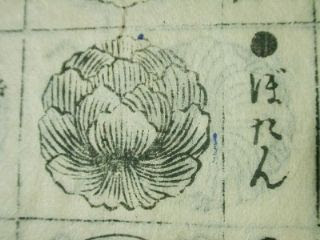 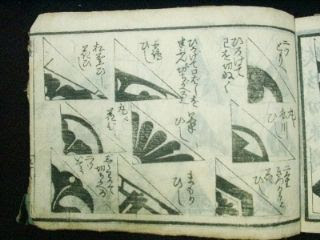 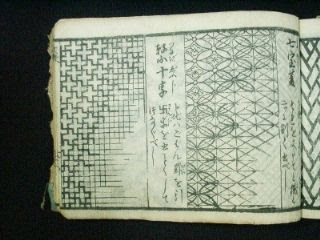 These old books don't leave my house, so I thought you might like to see some pictures here. I am considering scanning them and putting the designs onto disk - would anyone be interested in these?
Posted by Susan Briscoe at 12:44

There's three of these crest books, so that's quite a lot of pages and quite a bit of scanning. I'll look into doing it, though probably not enough time until July, so maybe in time for Festival of Quilts.

Really interesting Susan - thanks. It's good to see them on the buildings - I hadn't appreciated how they would be used - just knew of them on textiles and hadn't thought further.Jill