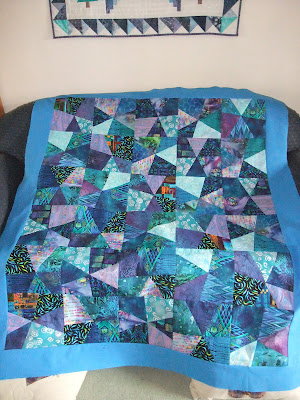 Charlotte Cogbill sent me some photos of quilts and the bags she made at the workshops we had at The Royal, Bridlington back in February 2012. Spinning Squares is at the top.

Many thanks for another excellent series of workshops at Bridlington.I have spent the last couple of days finishing off the second bag and completing the quilt tops - this took longer than anticipated, as having completed all the blocks for 'Time and Again', I decided that the fabric in the centre of each block was too dominating so I removed every central square and basically re-made all the blocks! (That will teach me to be in such a rush!) 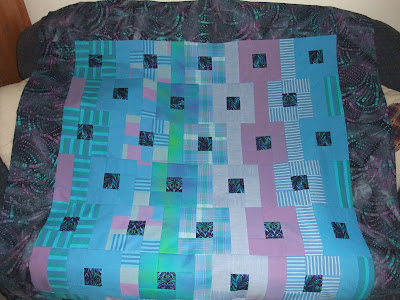 (This is 'Time and Time Again' as Charlotte made it in the workshop. I think the remade version - above - does look better, but I don't think I'd have had the patience to remake all the blocks myself!) 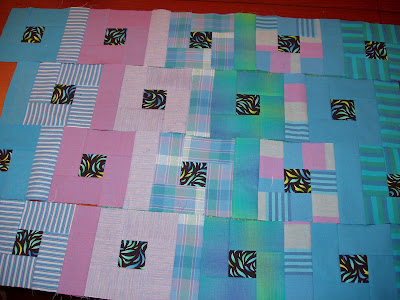 I am hopefully attaching photos of work from this workshop along with a photo of the second Sahiko quilt that I made following the previous workshop.None of the tops are quilted yet but that is the next long term project!I'm hoping to be able to come to your next workshops in Bridlington later this year. 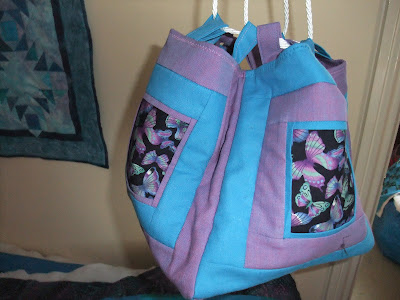 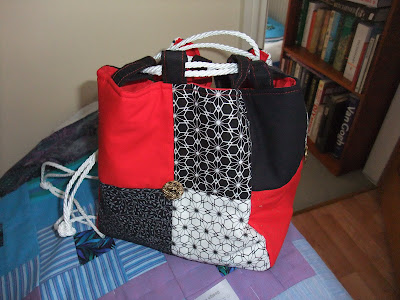 I'll look forward to having Charlotte on my next course and seeing more of her lovely work. She has a great eye for colour and I enjoy seeing my designs through her interpretations very much (note the extra details added to the two bottom corner kamon crests in her quilt below). 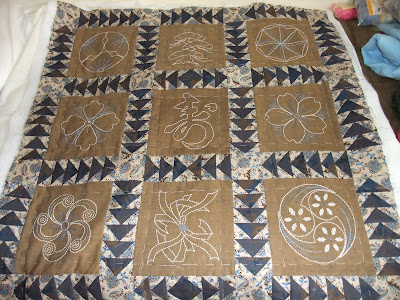 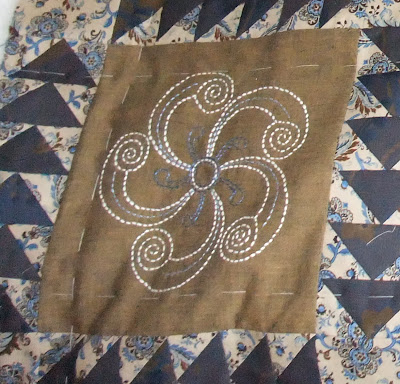 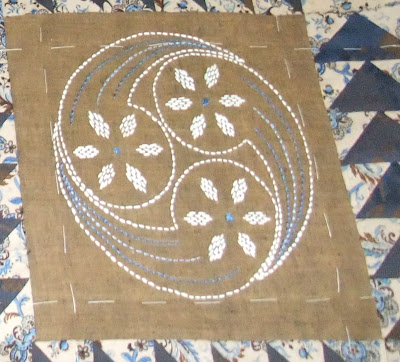