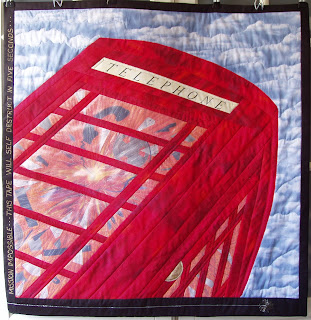 Just before leaving on Friday, Glyn got a call from the organisers at the Loch Lomond Quilt Show to say that his quilt had won the 'men only' challenge, 'Mission Impossible' theme.  Here it is.  It's his first quilt too :-)

It was inspired by the line 'this tape will self destruct in five seconds' that used to feature in the show, but you never got to see the actual explosion. Here it is detonating in an old fashioned British phone booth.  Look closely for bits of tape reel, telephone receiver, springs etc.

The quilt was constructed on a foundation, with the backing and wadding spray sandwiched already, so little extra quilting was needed, although he tried out some free motion machine quilting on the clouds (brave to do!) The phone box glazing is done with sparkle organza, with all the explosive bits underneath, held on with Steam a Seam 2. 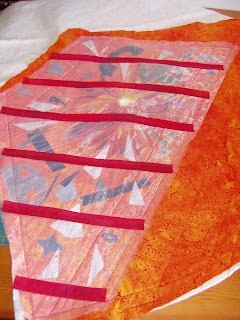 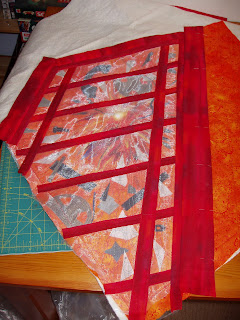 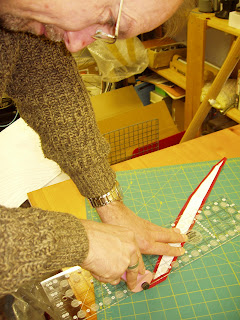 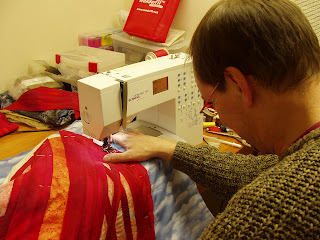 The lettering up the side was done by hand. Here are some more details - 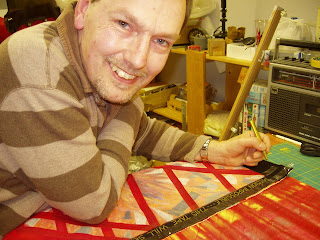 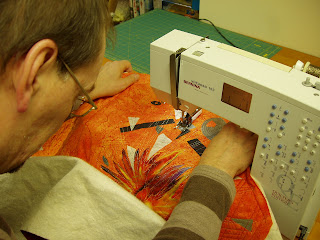 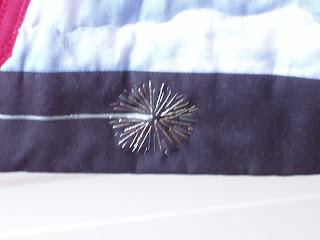 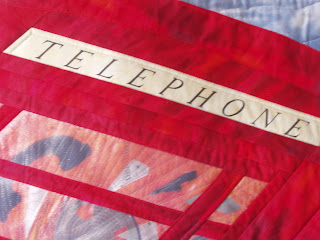 Think I've worked out how to upload photos now!

Do pass on my congratulations!!
Very impressive for a first quilt.

Well done Glyn, welcome to the coven! Many congratulations and thanks for the close up pics Susan so that we can enjoy the explosion.

What an amazing piece of work! My congratulations to Glyn!