Another version of the 'Irori' quilt 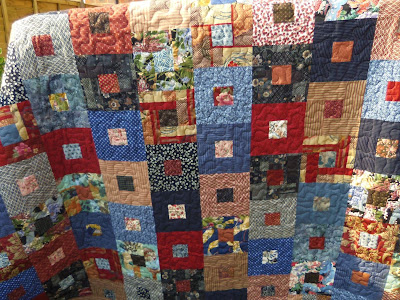 One of my readers sent me some pictures of her recently completed 'Irori' quilt.  She writes -

I am a new quilter so this was quite a journey.  When I bought your book from the shop at the Quilt Museum in York back in 2009, I promised myself that I just have to do this design.  Fabrics were purchased in New Zealand, Australia, South Africa (shweshwe) UK and USA.   Thought you might like the feedback... 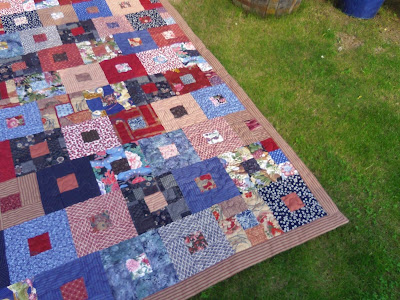 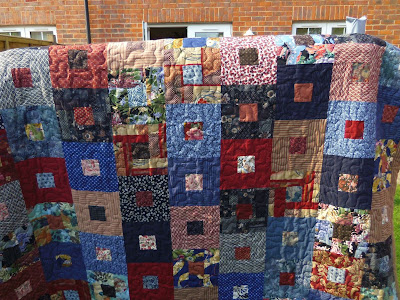 I like the the explanation about where she got the fabrics.  I always think fabric is the best souvenir and I love to look at a quilt where I can remember where/how I got all the fabrics in it.  The original version of Irori (further down this post) is a bit like that.  When I look at it, I can pick out fabrics sent from Japan by my friend Hiroko, some of the early fabrics sold by Euro Japan Links, a piece of textured plaid I got from a small quilt shop in mid Wales and the block centres which all came from our local quilt shop.  Full of memories.
When I looked closely at her quilt, I spotted that we even had at least one fabric that we both used - the red seigaiha wave - 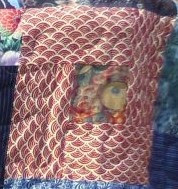 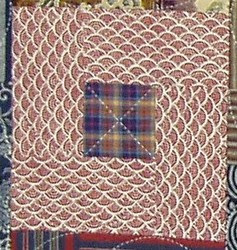 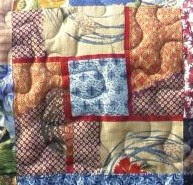 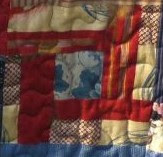 The first photo shows my quilt when it was just quilted in the ditch.   This is how it appeared in the Inspiration Gallery in 'Japanese Quilt Blocks to Mix and Match' - the block was included in that book. 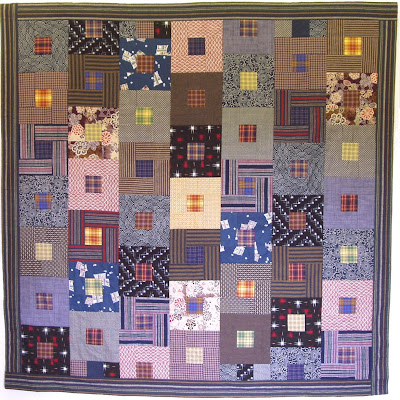 When it appeared in 'Japanese Quilt Inspirations', I added extra big stitch quilting, in cream so it was very much ' sashiko style'. This spinning curve pattern was always intended to be added, I just never got around to it :-)  I think it looks better with more quilting, but then I usually do! 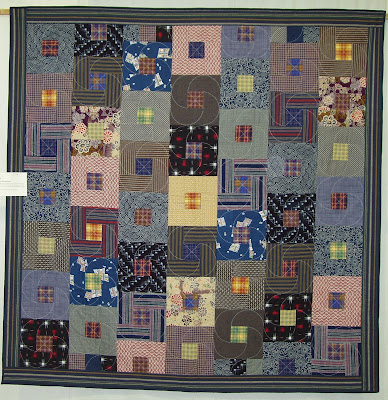 The second version I made for 'Japanese Quilt Inspirations', which we actually used as the main colourway for that chapter, has two red prints used for the block centres.  My reader's version uses florals for the centre squares - it doesn't have to be plaids in the middle of the block. 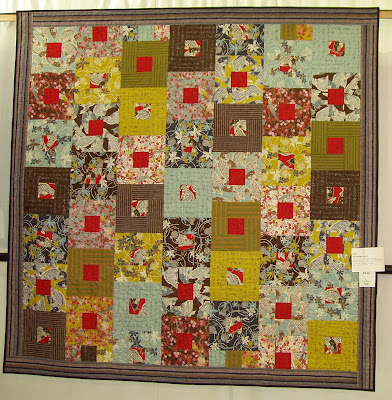 This version was pantograph longarm quilted with a Chinese clouds design. 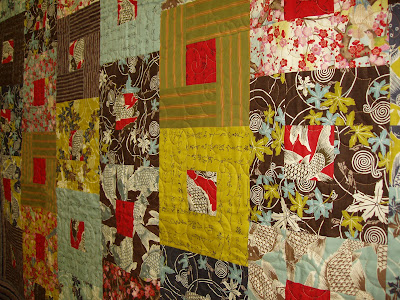 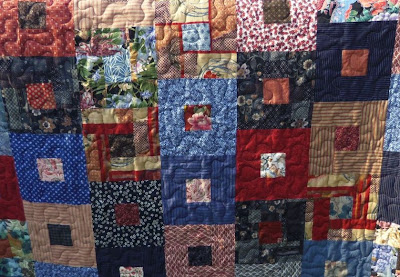 Thanks very much for the photos of this lovely quilt!
Posted by Susan Briscoe at 13:46