Quilting inspirations on my travels 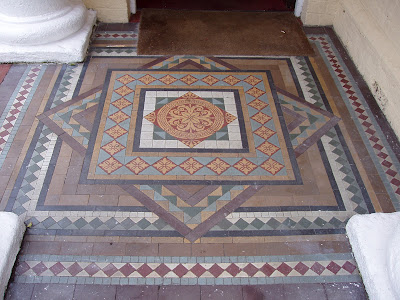 On Saturday, my mum had her 80th birthday party at the Clairville Hotel, near Yarm.  I had to get a photo of the lovely Victorian tiles in their porch. Tiles arranged like this remind me very much of nineteenth century British medalion quilts. Reg, the hotelier, told me there were also very ornate tiles in the hall, but they have to keep them covered with carpet for health and safety reasons, because they get very slippery when wet.  Shame I couldn't see those as well.

On the drive back to Kettins yesterday, we tried the 'scenic route' along the A68 rather than the A1 - shorter but not as quick.  The stunning border scenery compensated.  As we drove into Jedburgh, the views of the abbey ruins were so impressive we stopped for some photos. I liked the overlapping arches.  I didn't see the abbey the only other time I drove through Jedburgh (in the dark, in February, after the Spring Quilt Festival at Edinburgh) and I didn't know how complete the nave was - apart from the roof, most of the structure is still there.  The south transept was mostly missing, as was the east end of the chancel, but it looked like the north transept was still roofed over, with the end window glazed with leaded lights in plain glass.  It was closed, but I'd like to go back when it is open to see some of the stonework in more detail. 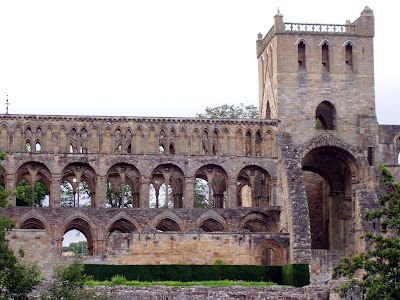 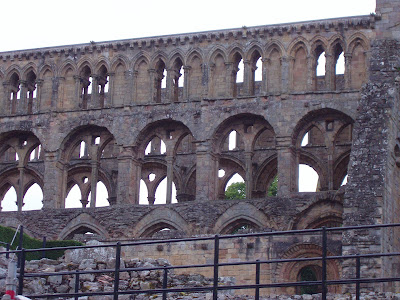 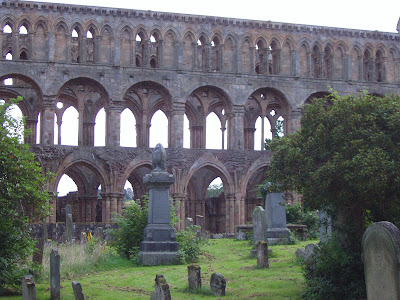 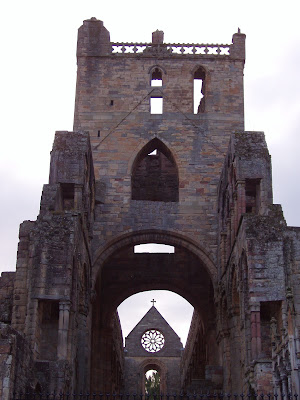 There were a few arches, including the one on the right hand doorway below and the centre arch above, where the original builders seemed to have gone a bit lopsided! 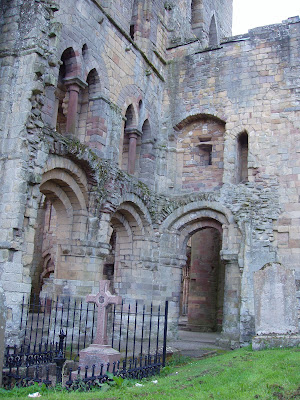 For once, planners seemed to have got a bypass right.  Just at the point where the bypass veered away from the old town centre, there was a splendid view up to the abbey, with a convenient roundabout and free car park clearly signposted.  So often, something like this is missed because you only see it after you're on the bypass or you don't see it at all.  There was just enough time to decide to stop.  The first photos were taken from the carpark, looking across the river.  As a result of that chance view, we've decided to try to spend a weekend down there, visiting the other abbey ruins in the area -Melrose, Kelso and Dryburgh.
Posted by Susan Briscoe at 14:44