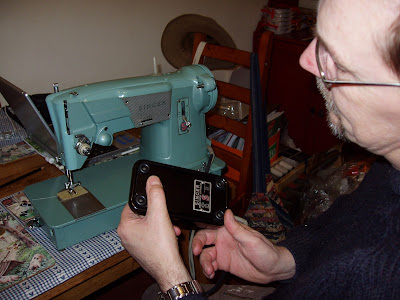 I thought I'd already blogged about these machines, but obviously not!

My mum use to have a Singer 328K but traded it in for a Riccar in the 1980s.  It was a great machine and I even used it for quilting, when I made a painted calico quilted panel as part of my Art Foundation course.  As she still has the table for it, I jumped at the chance to acquire a Singer 327K earlier this year, when fellow BQL Yahoo! group member Margery mentioned that she was selling one.  That's the machine in the photo at the top.  I thought we'd be keeping it up here, but we already moved up the two vintage Berninas (720 Record and a Minimatic), so this one can live at my mum's for now.

Ann Ferguson of Quiltopia in Maleny, Australia, posted a pic on Facebook of her mum's 328K next to a bag she made from my Kaban bag pattern in 'Japanese Quilt Inspirations', so you can see this machine below. 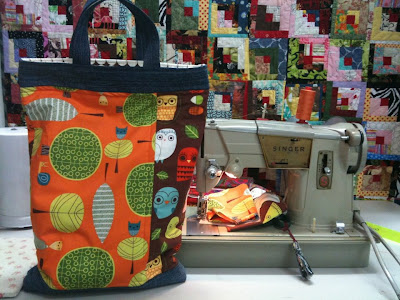 Apart from the obviously different colour - the 327K is turquoise while the 328K is beige - there are minor differences between the two machines and the machine body casting is identical.  The 328K has the option to move the needle position with the lever on the zigzag control plate and also has two spool holders on top for twin needle work, but I haven't spotted anything else. 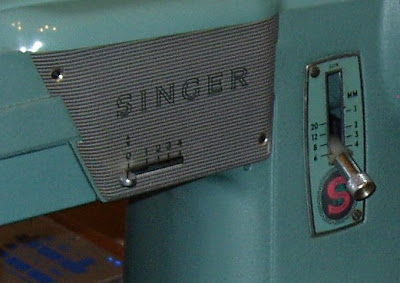 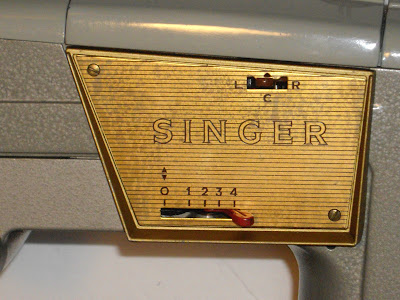 We'll see about fitting the 327K into the machine table this weekend...