Boromono exhibition in London in April 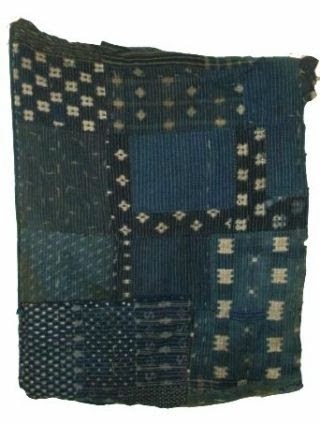 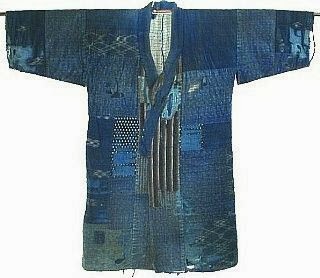 There will be an exhibition called 'Boro: Threads of Life' at Somerset House during April. Click here for info.  Perhaps I will be able to fit this into my London trip in April.  40 pieces is quite a big collection - mine is probably somewhere around the 20 - 25 mark.  The photos above are a child's boro futon and a late C19th work jacket from my collection. Both have fabrics of a similar age.

In the cold climate of northern Japan, cotton could not be cultivated and for the largely poor population that lived in the rural landscape there, it was an expensive luxury to transport it to them. When boats arrived to the northern ports from south of Osaka, they were carrying discarded cotton from the central coastal cities where it was more affordable to commoners but only available in shades of blue, grey, black and brown – colours permitted to them under strict sumptuary laws of the period (more opulent colours were the reserve of the aristocracy). Here they could trade the pieces of cotton for fish or seaweed, taking them home to be patched onto worn-down workwear or frayed futon covers. As Japan’s society shifted towards industrialisation and urbanisation in the early twentieth century, the patchwork practice faded and many boros were simply thrown away, acting as a painful reminder of a poverty-stricken past.


People are always very keen to justify the use of browns and blues in rural Japan by mentioning sumptuary laws. The only thing is, as far as I am aware, these kind of laws were no longer in force by the late nineteenth and early twentieth century, which is when the oldest boro now being collected tend to date from.*  Even my oldest piece, a work jacket that features in 'The Ultimate Sashiko Sourcebook' has only mid to late nineteenth century fabrics in it, so it can't have been made much before 1900 - applying the same dating 'rules' as vintage quilts i.e. it can't be older than the most recent fabric.

* I checked the point about sumptuary laws online. This is from the V & A - " Many women could afford to buy silk kimono for the first time and, with the end of the Tokugawa shogunate and the sumptuary laws, were not forbidden from wearing them." So clothing from the end of the nineteenth century onward wasn't affected.  Since a lot of boro date from the early C20th and a fair amount of boro clothing was produced during the 1930s and WWII, when there was a 'patriotic' emphasis on obvious economy in clothing (similar to 'Make do and mend' - see Lisa Dalby's book 'Kimono'), it can't be argued that tastes in clothing were still entirely due to sumptuary laws that had been defunct for over half a century.

If you can't get to the exhibition, here's a few old pieces from my collection for eye candy. The last one, with the square hole in the middle, is a rug to go around the irori hearth.  These are all early twentieth century. 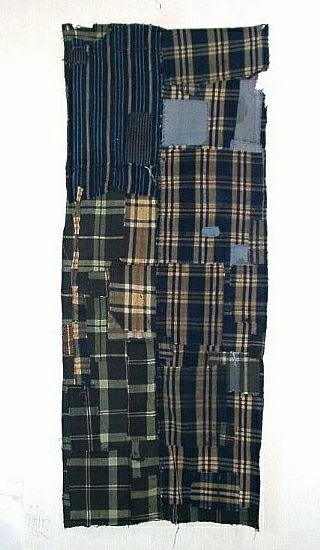 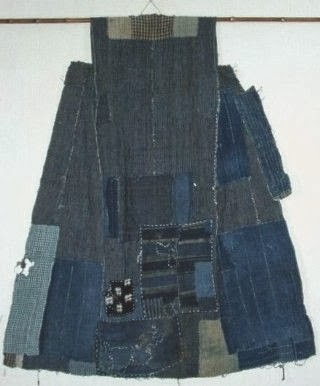 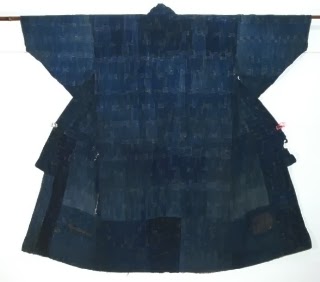 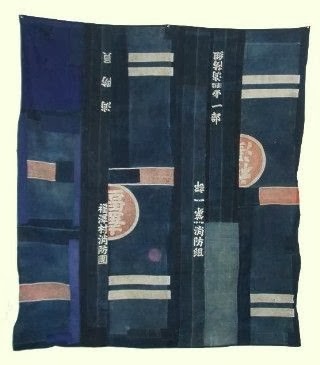 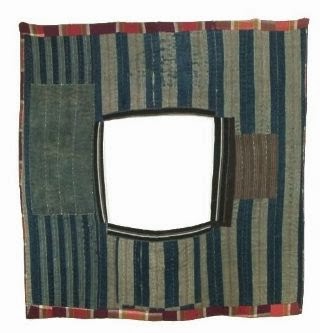