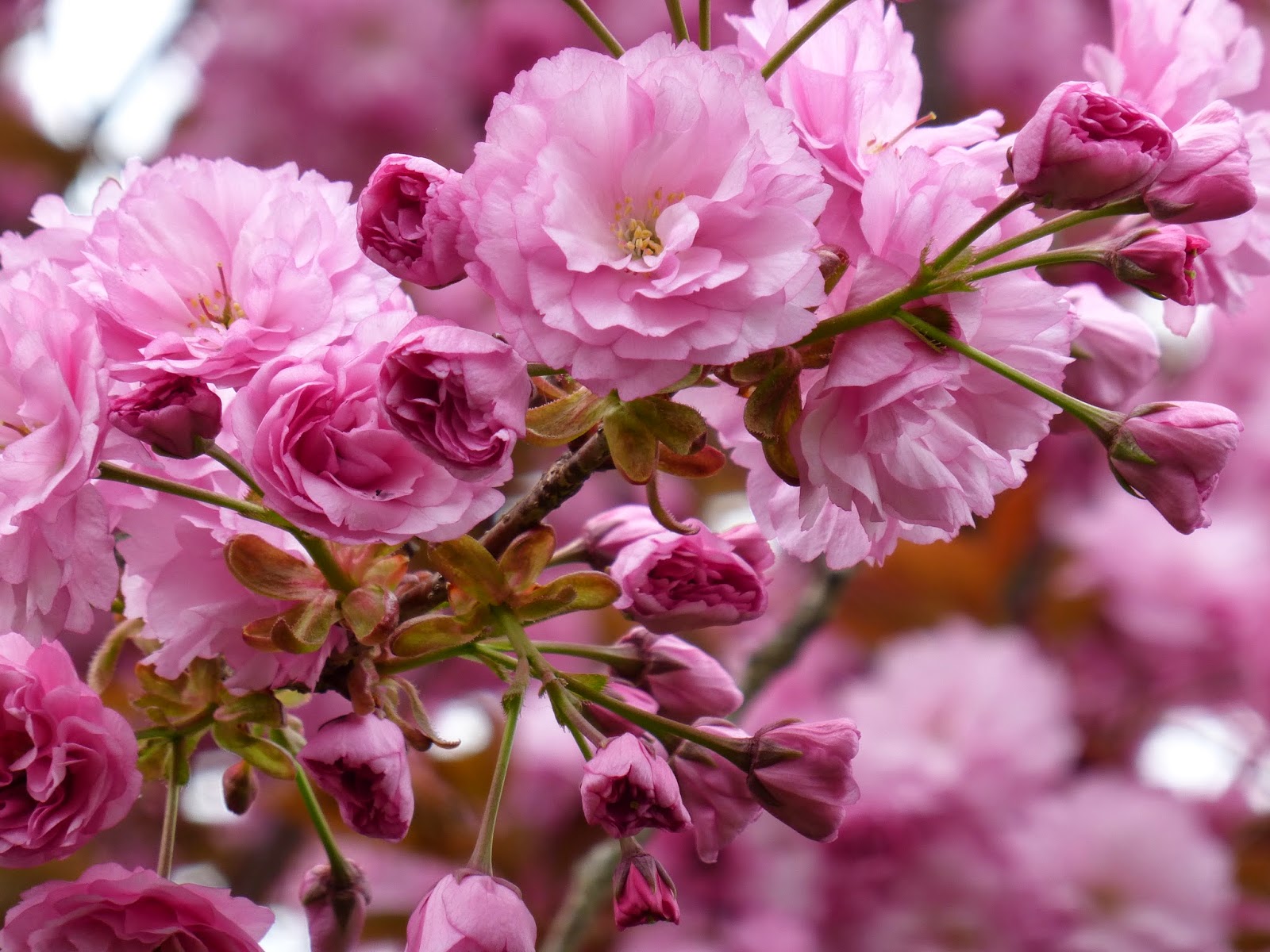 Today we had an early start to travel to Yamagata, starting from Tokyo Ueno station at 9.02a.m by Tsubasa Shinkansen and arriving in Yamagata city at 11.37 (about 230 miles).  The cherry blossoms were still in bloom around Yamagata castle, so we went for a walk around the park with Hiroko before lunch.

There were several boxes to pack before we could leave!  We sent these by takkyubin so we didn't have to carry them on the train.  Even so, we took a taxi to the station, because the metro would be so busy at that time of the morning. 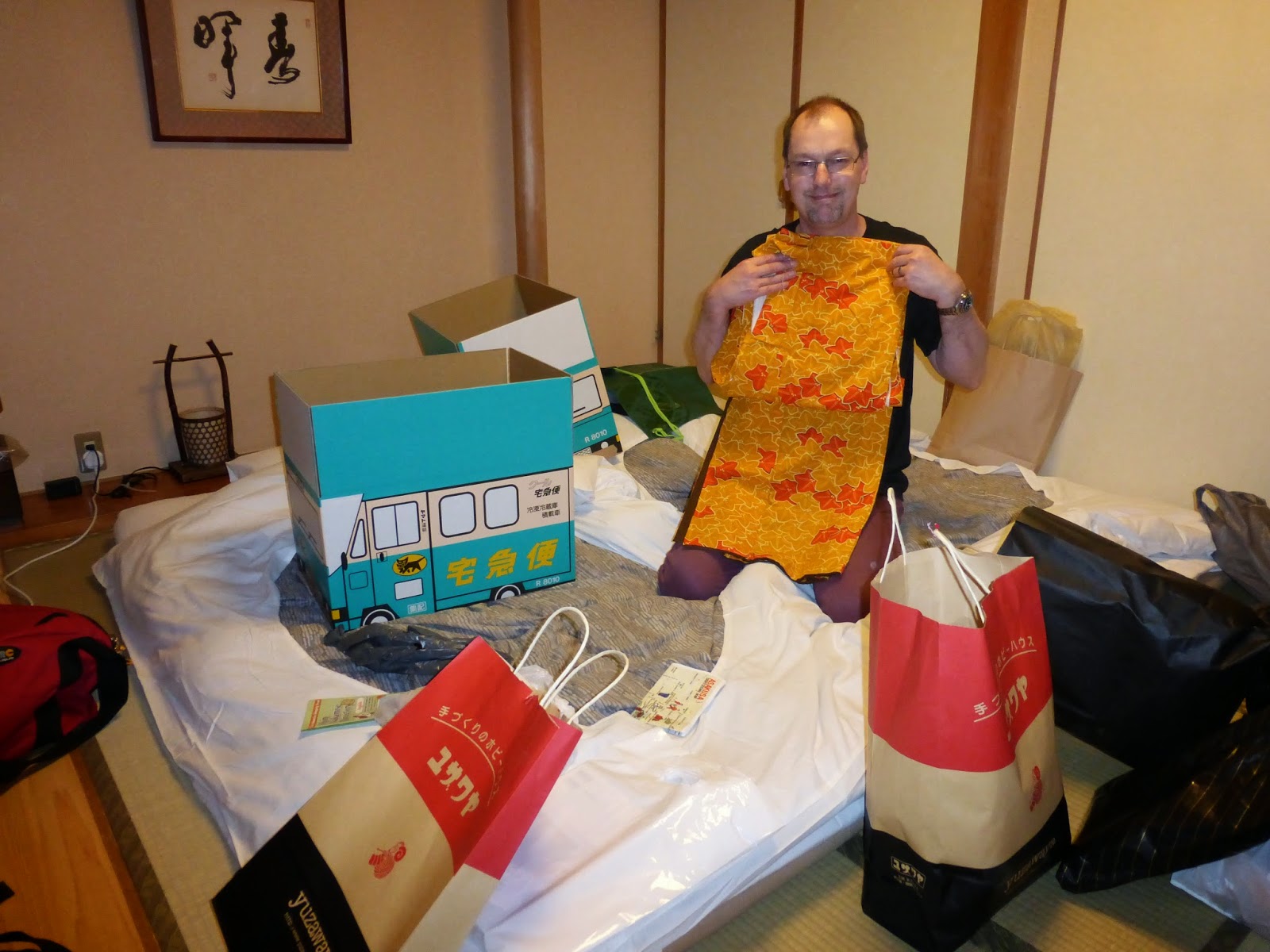 Ueno station was also very busy, as we arrived at rush hour. 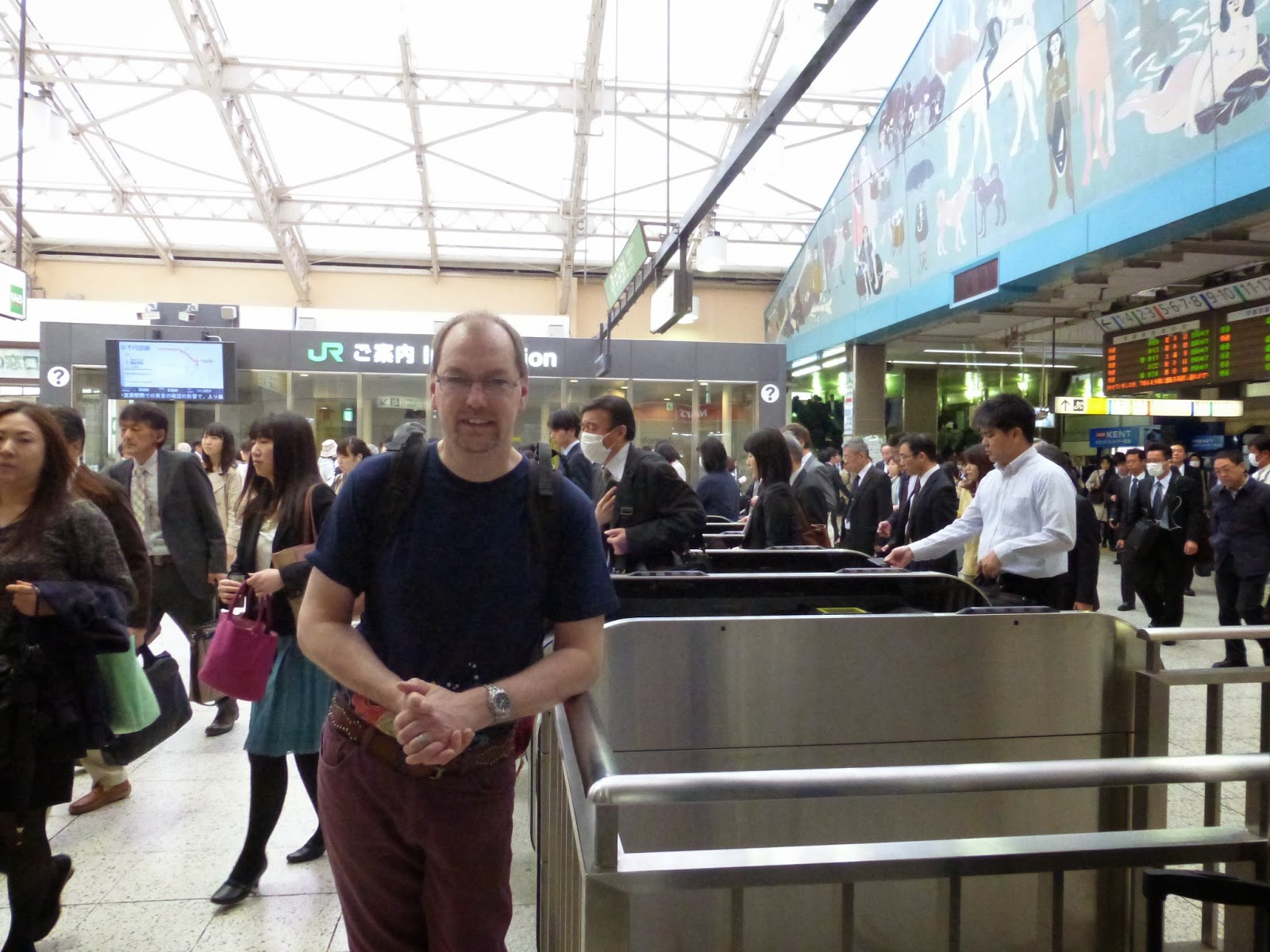 We made sure we were there early so there was time to buy some Tokyo Banana cakes!  Then we went quickly to the shinkansen tracks, where we watched several different shinkansen arrive before ours, the Tsubasa ('wing'), came. 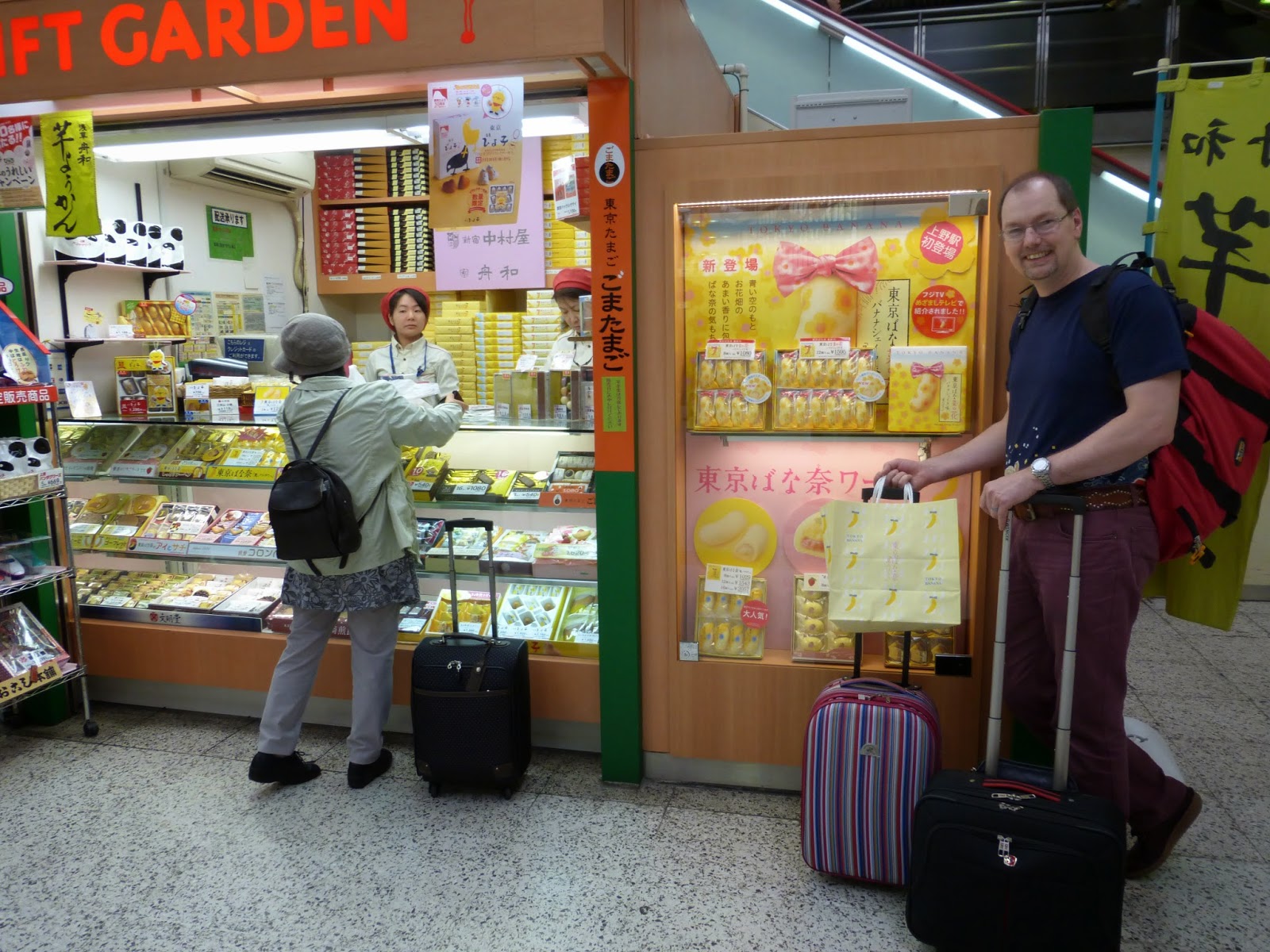 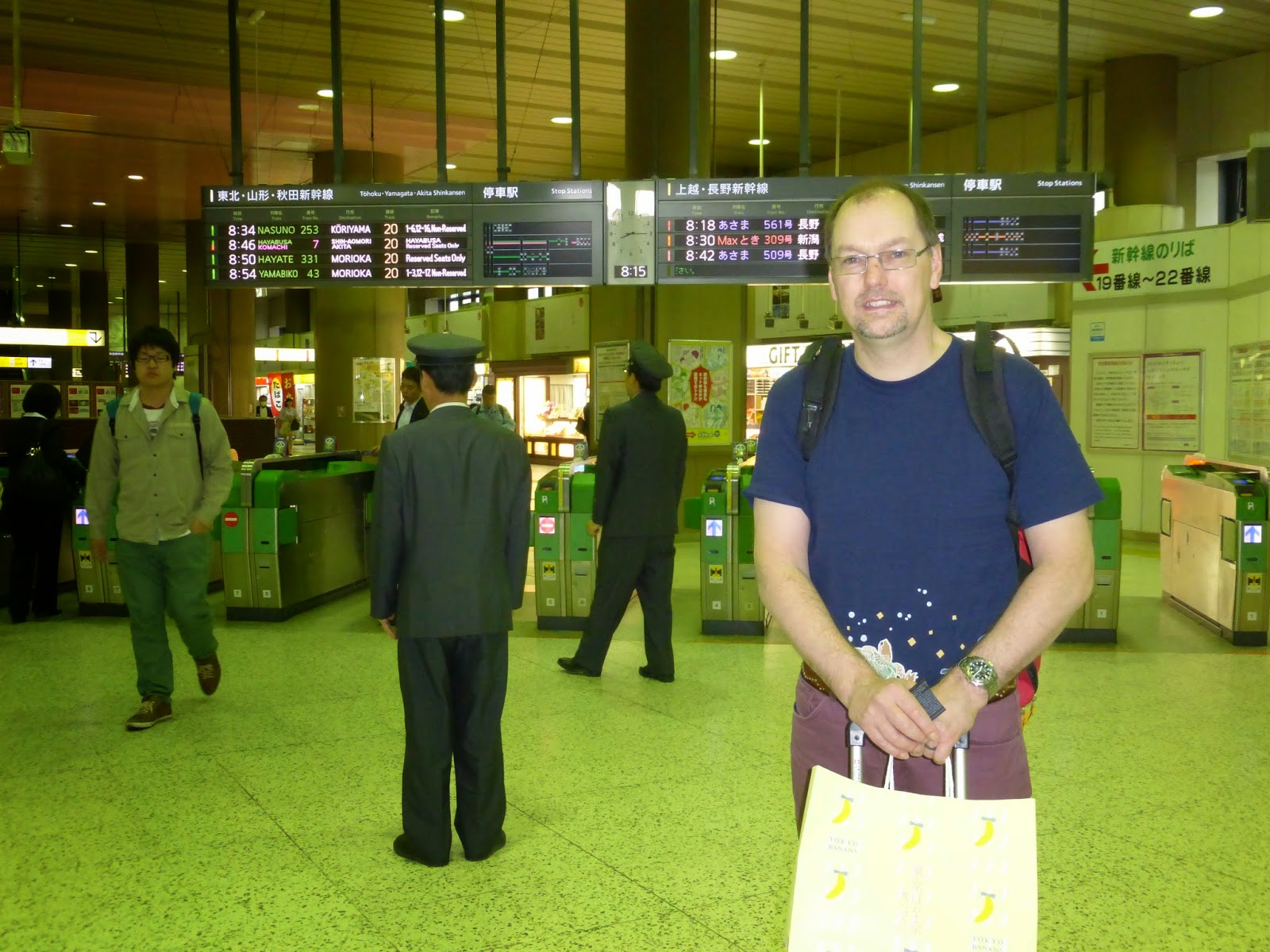 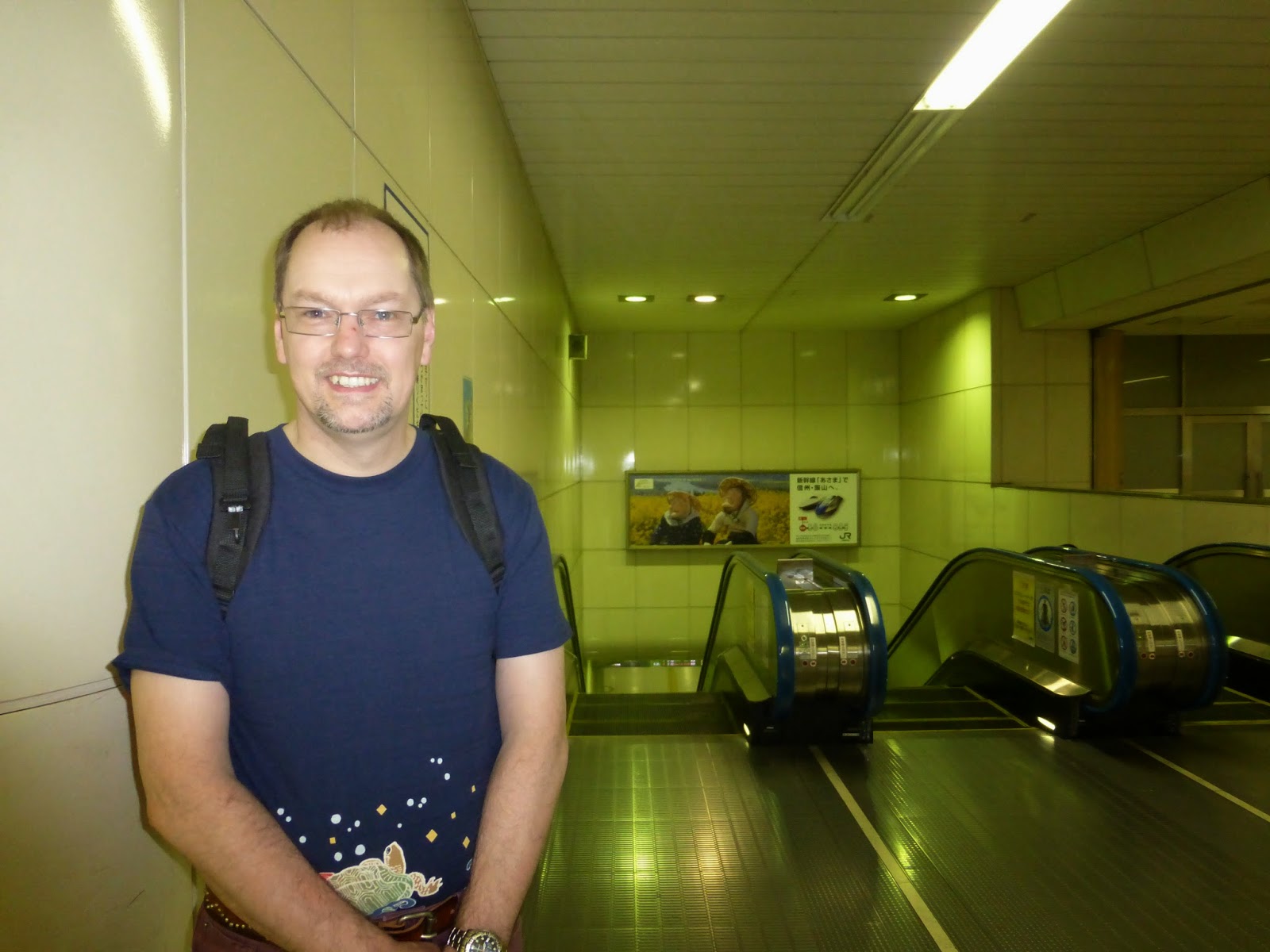 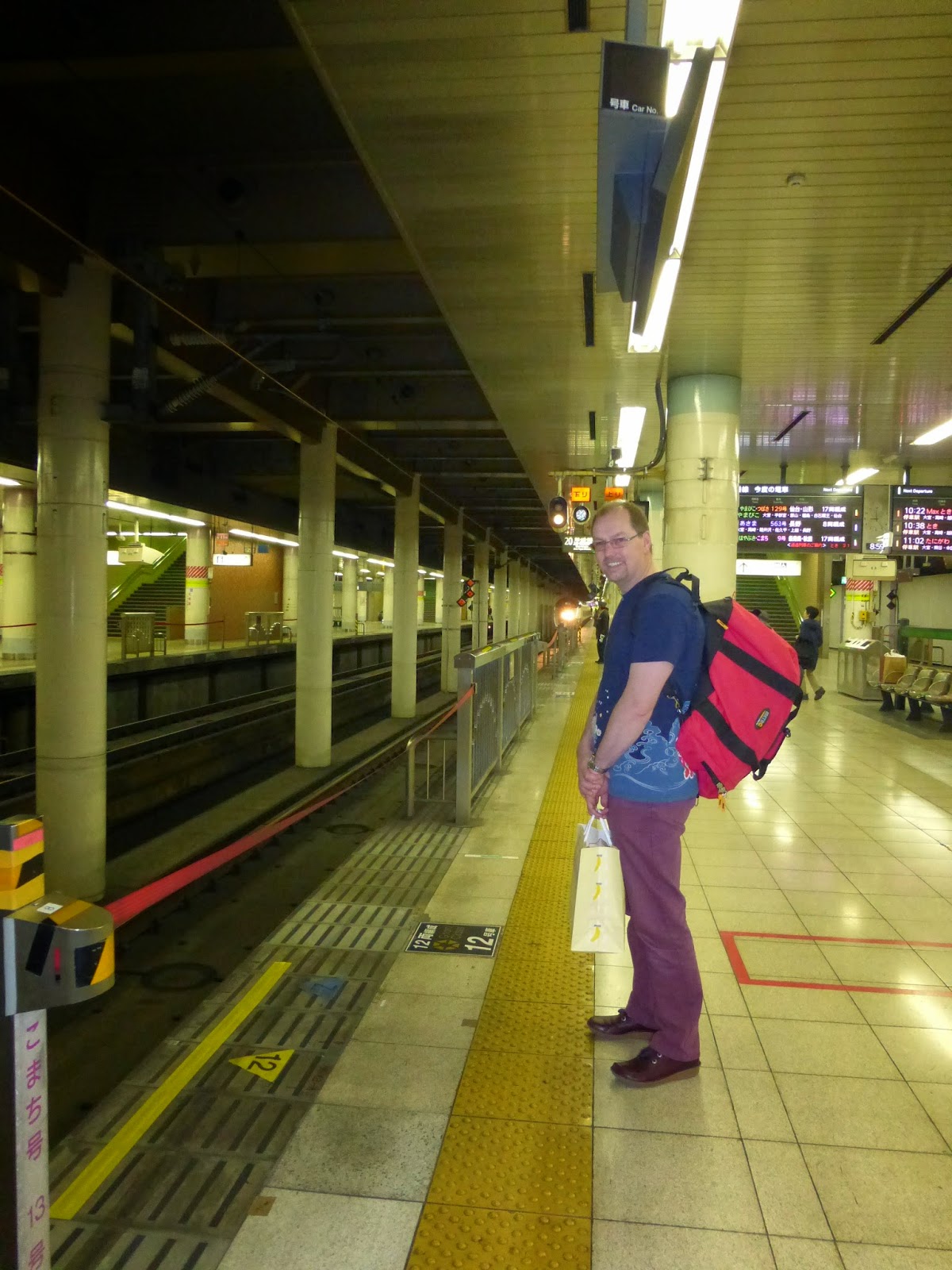 We had to get a small box as well as a bigger one, because Glyn wanted to eat one or two for breakfast! 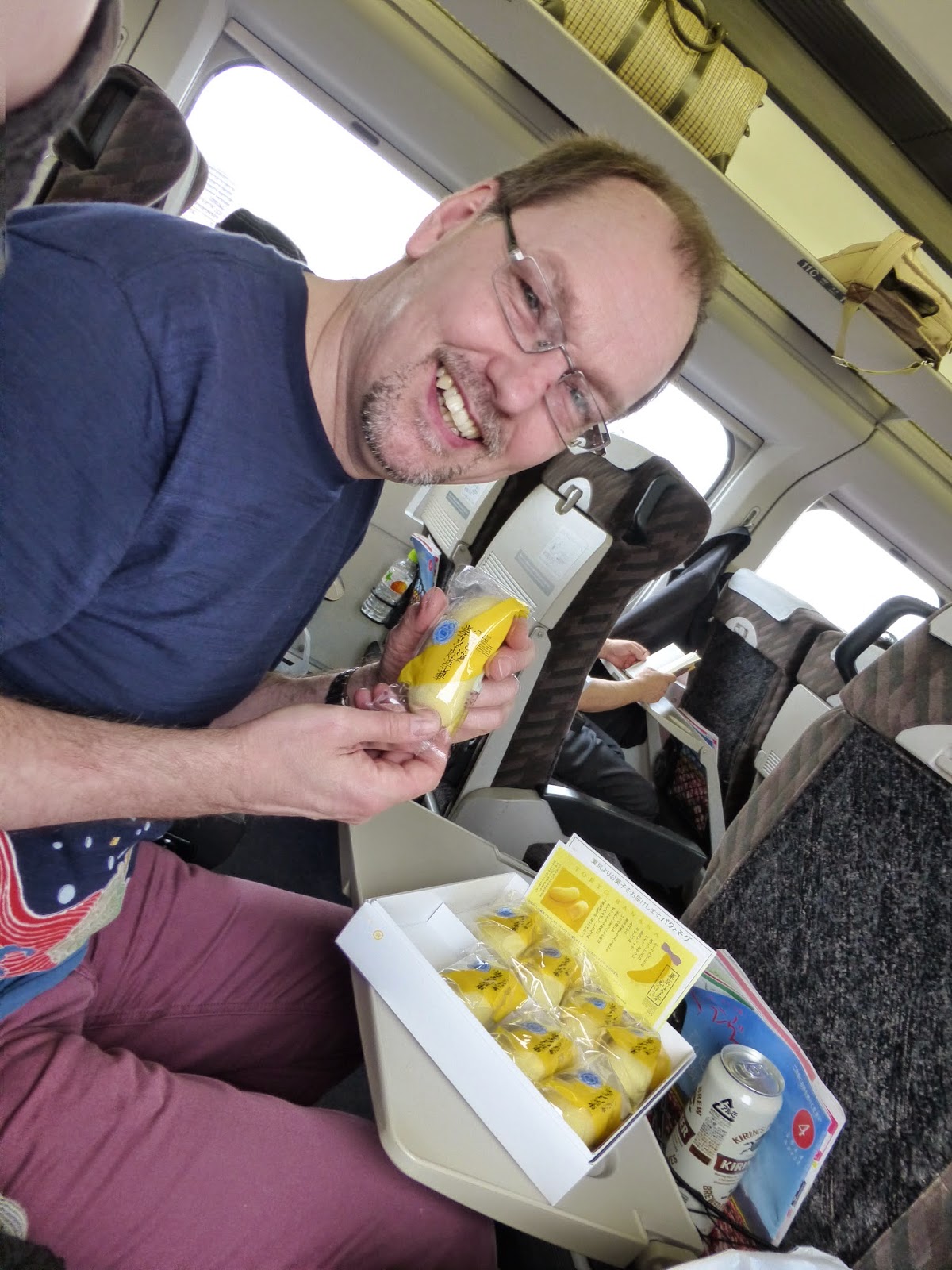 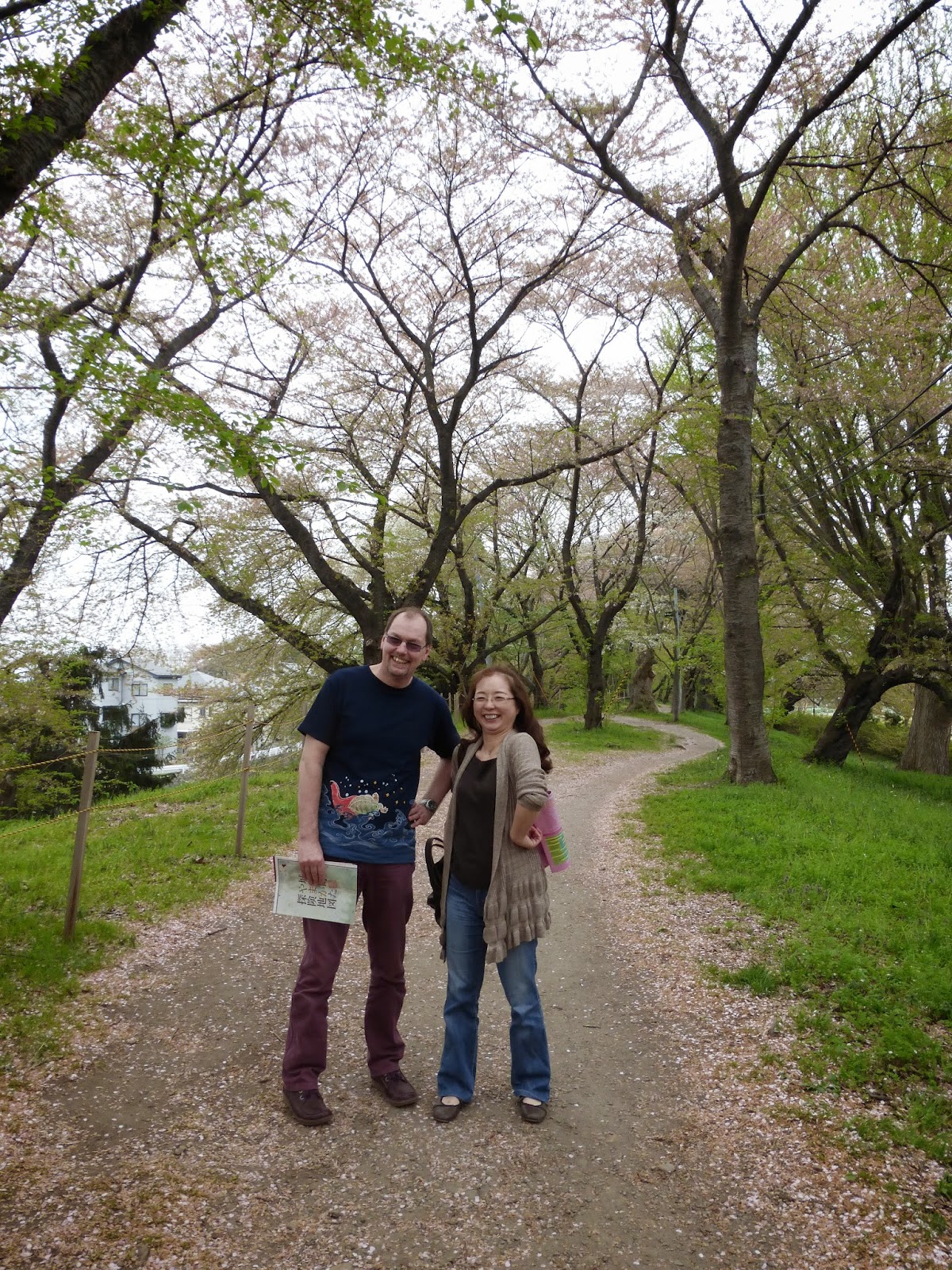 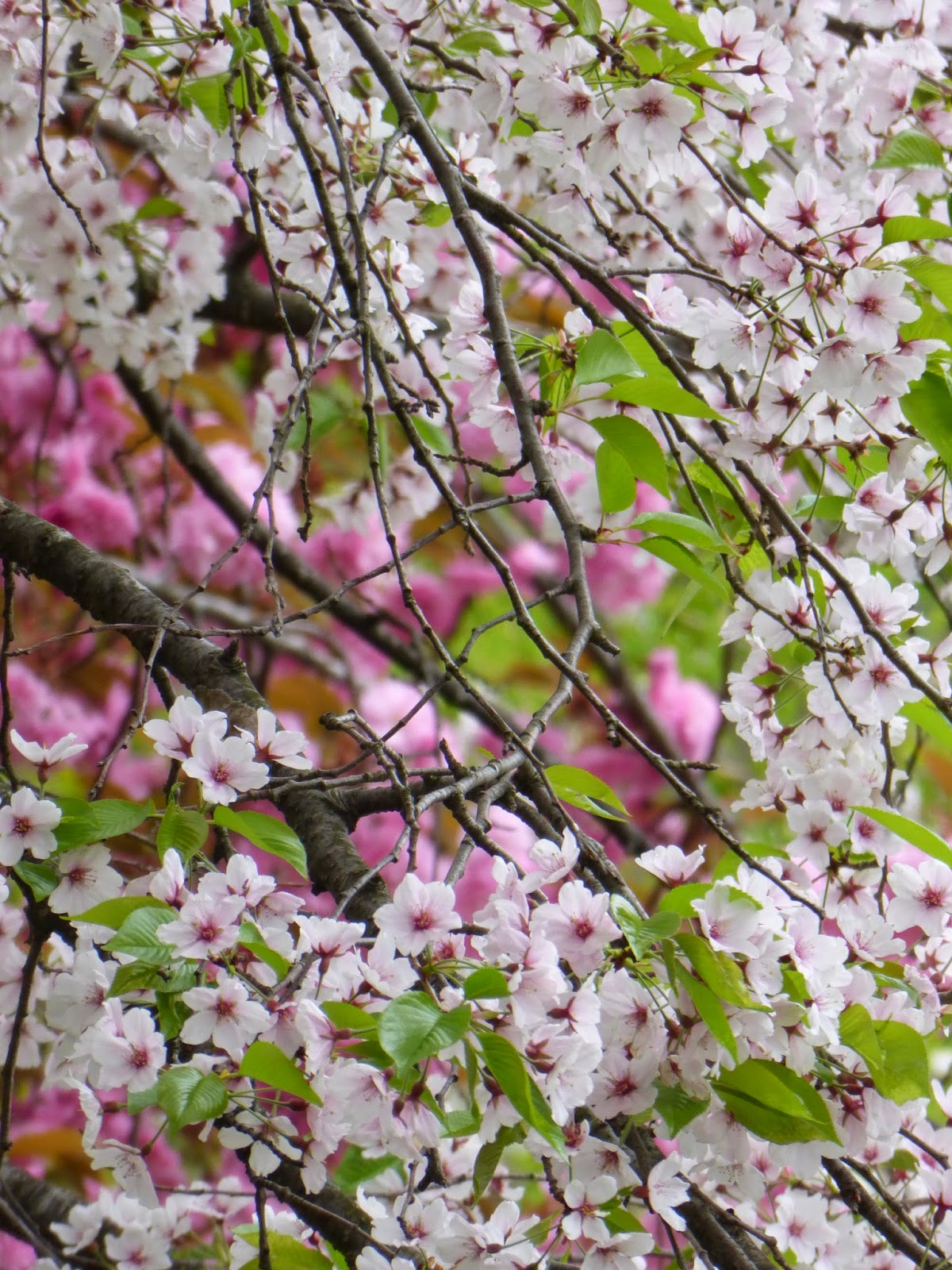 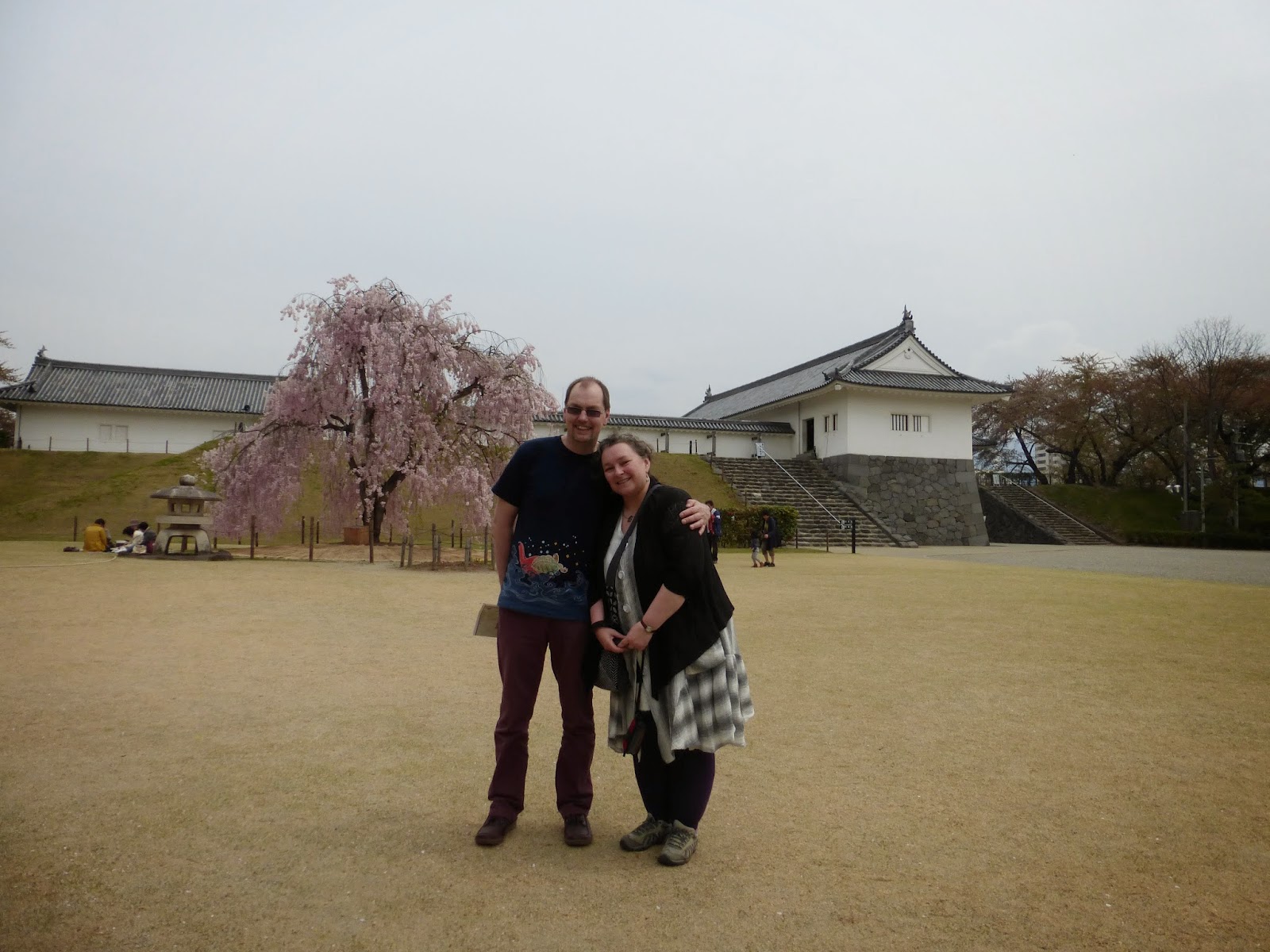 Some blossoms had already fallen, like pink snow.  Hiroko managed to catch one falling into her hand and I 'accidentally' caught one in my hair.  It's lucky.  Glyn's hair isn't long enough! 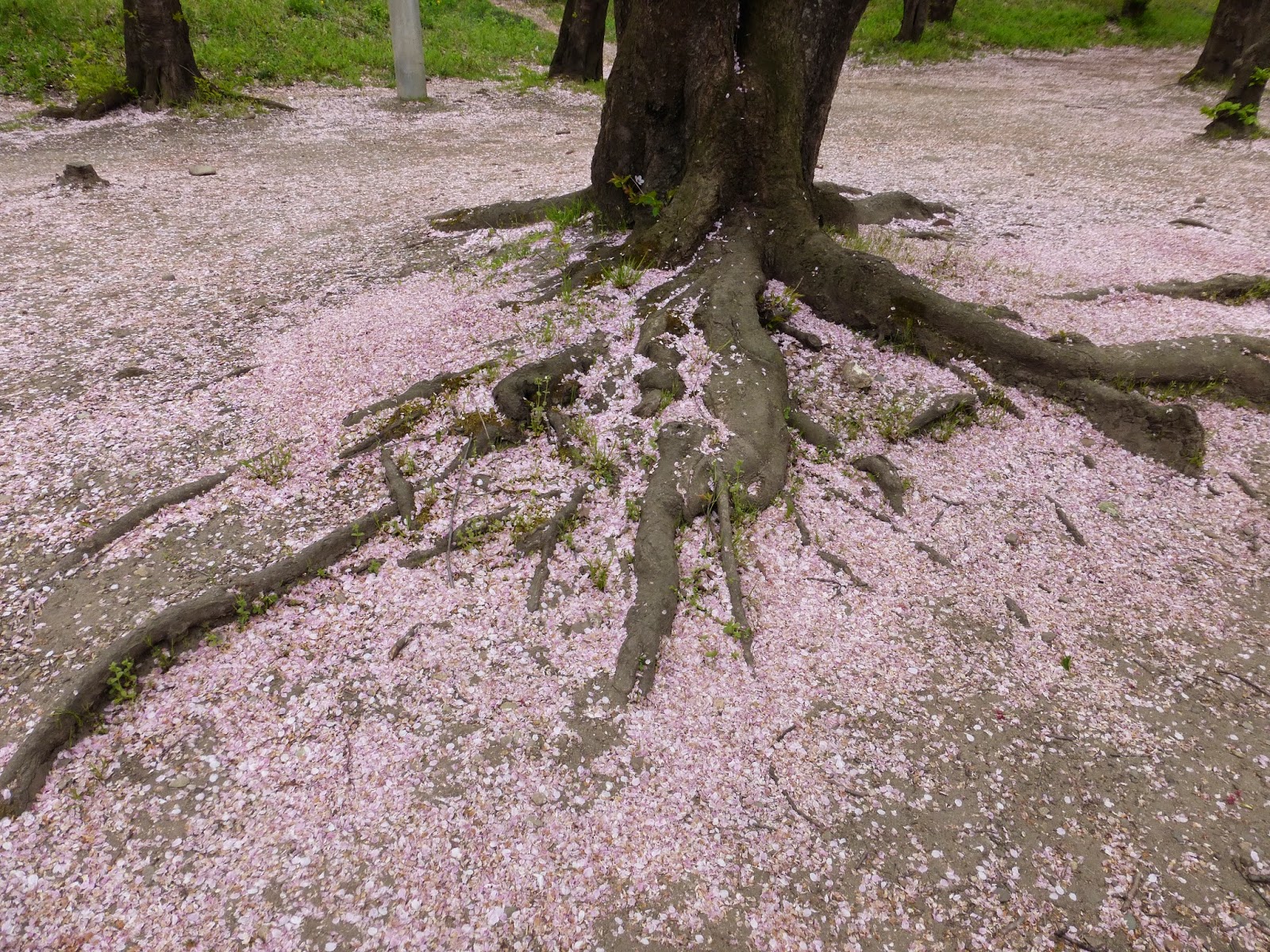 The castle moat was full of fallen blossoms. 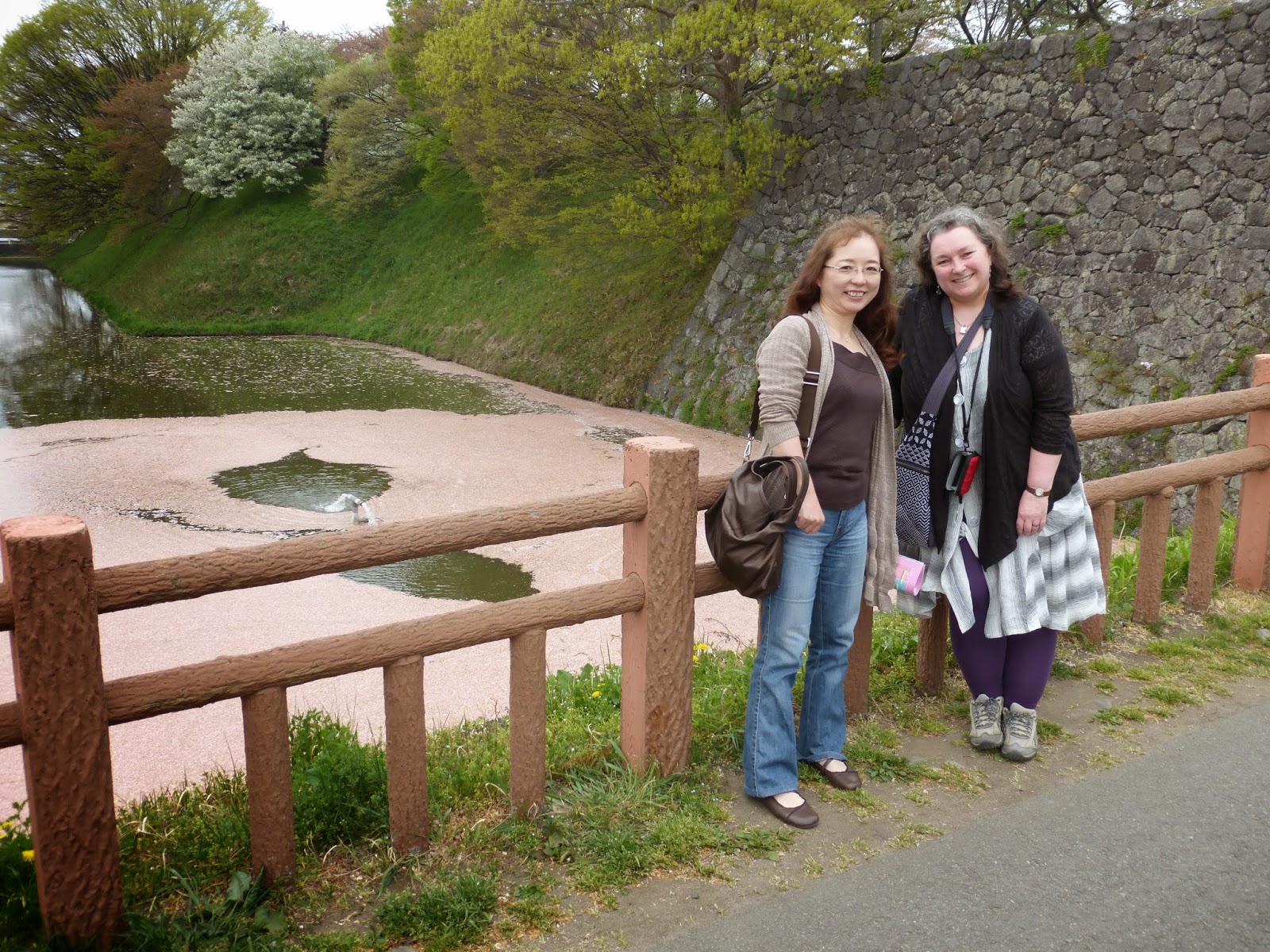 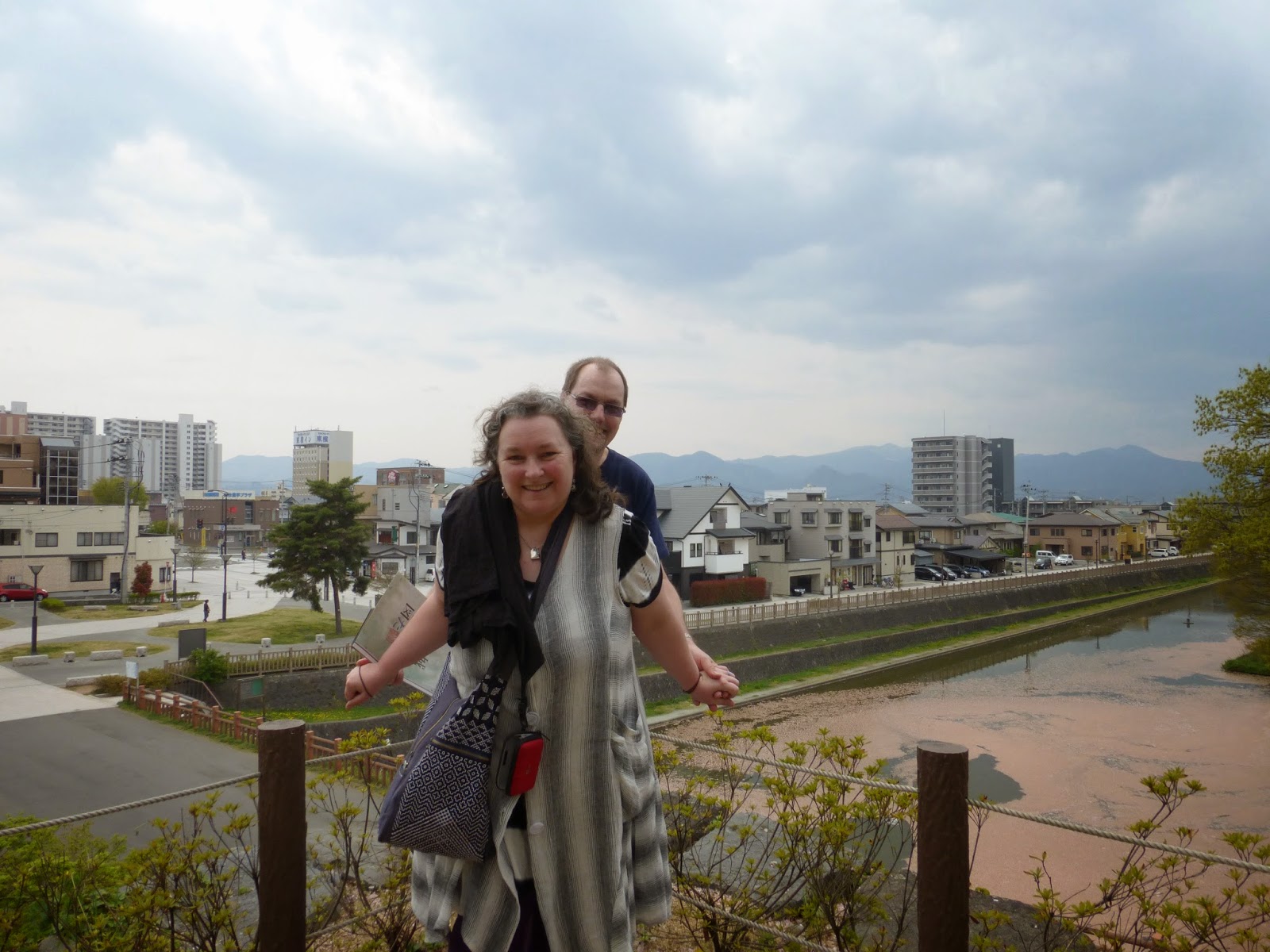 Glyn helped to hold up the castle foundation wall... 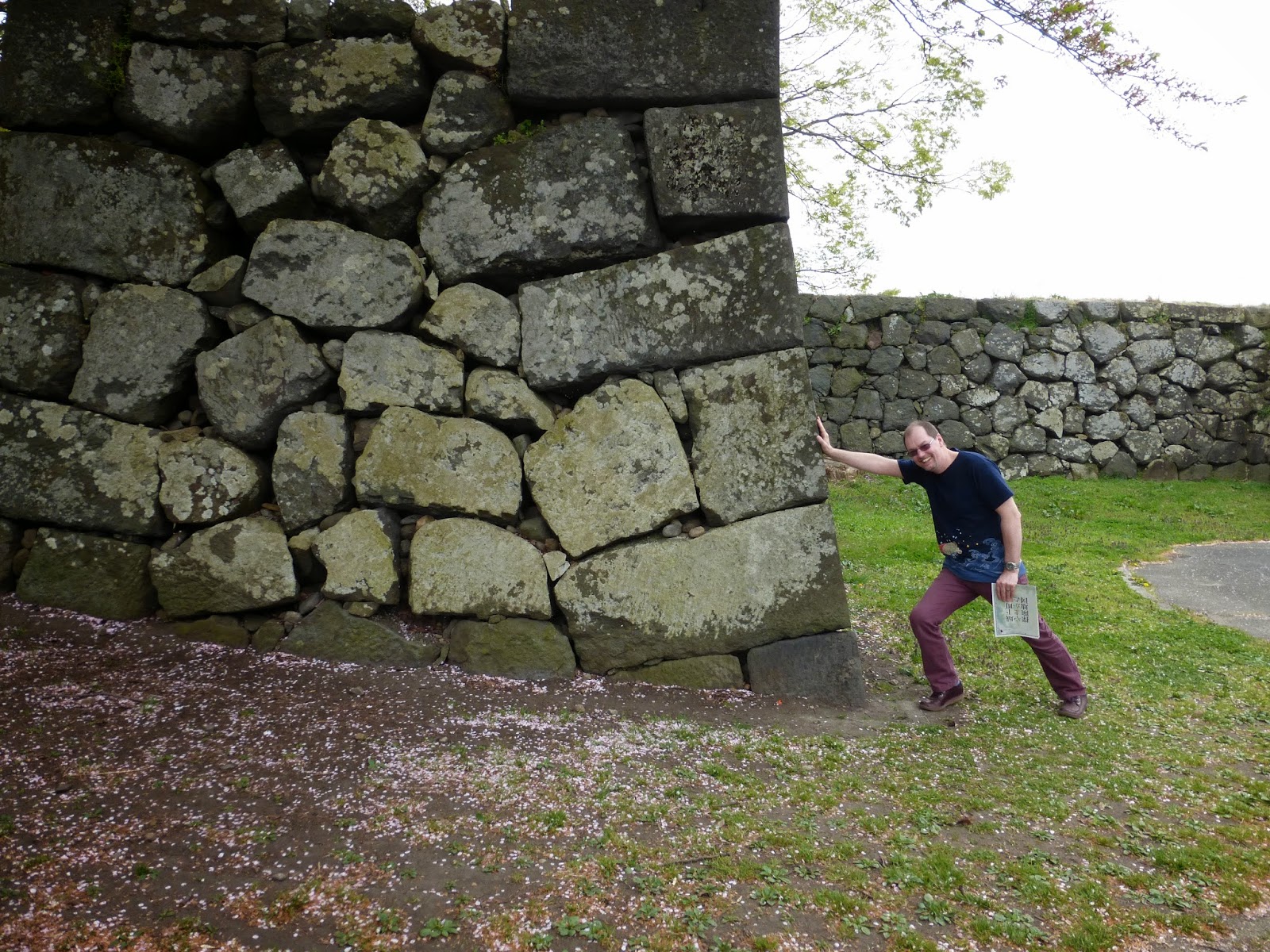 Later on, we walked around Gokoku Shinto shrine near our friends' home. There was a magnificent view of Mt Zao covered in snow through the torii gate, looking away from the shrine.  So although the cherry blossoms are almost over, there is still plenty of snow in parts of Yamagata Prefecture. 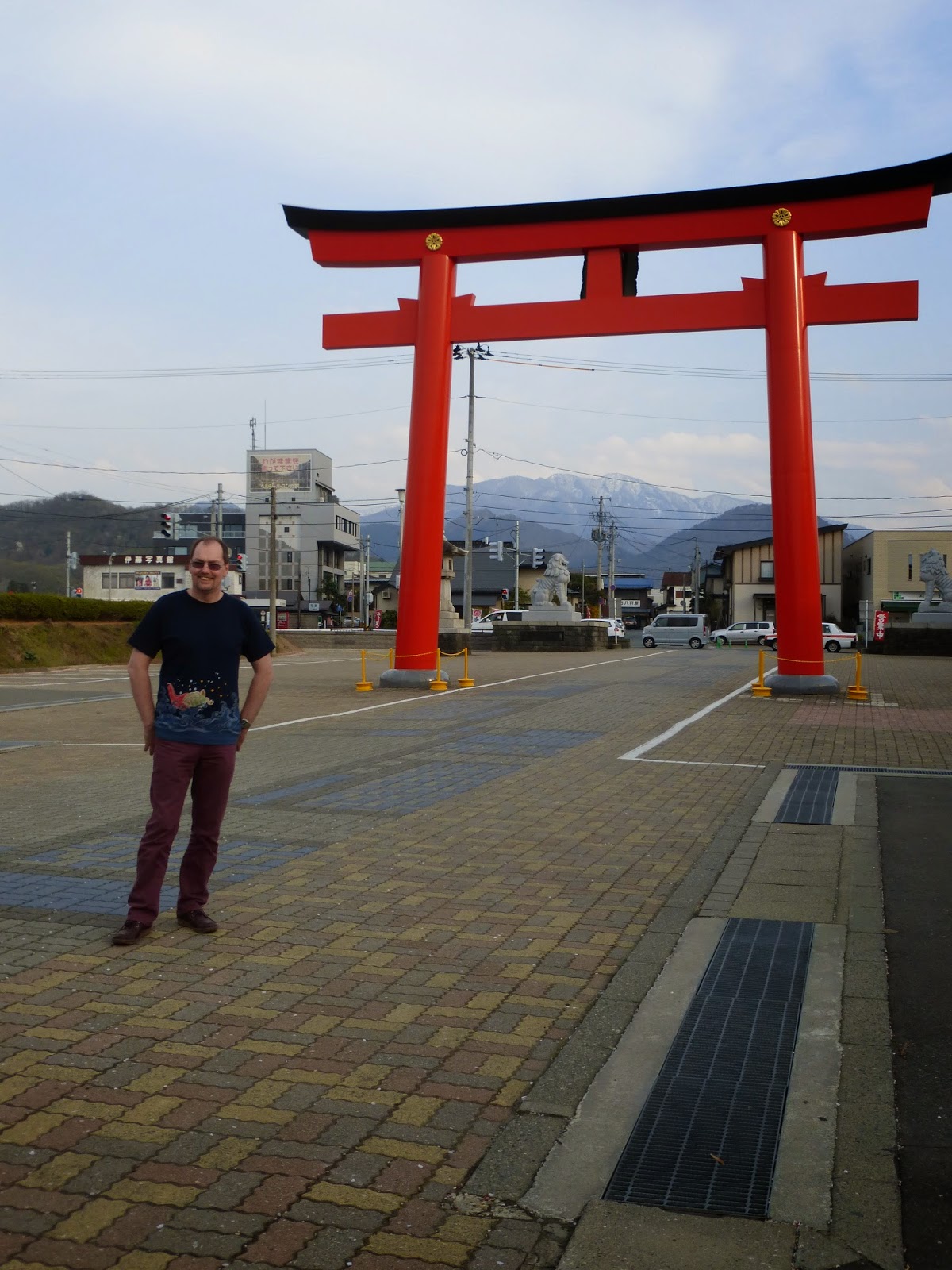