Sunday in Yuza and at Mount Haguro 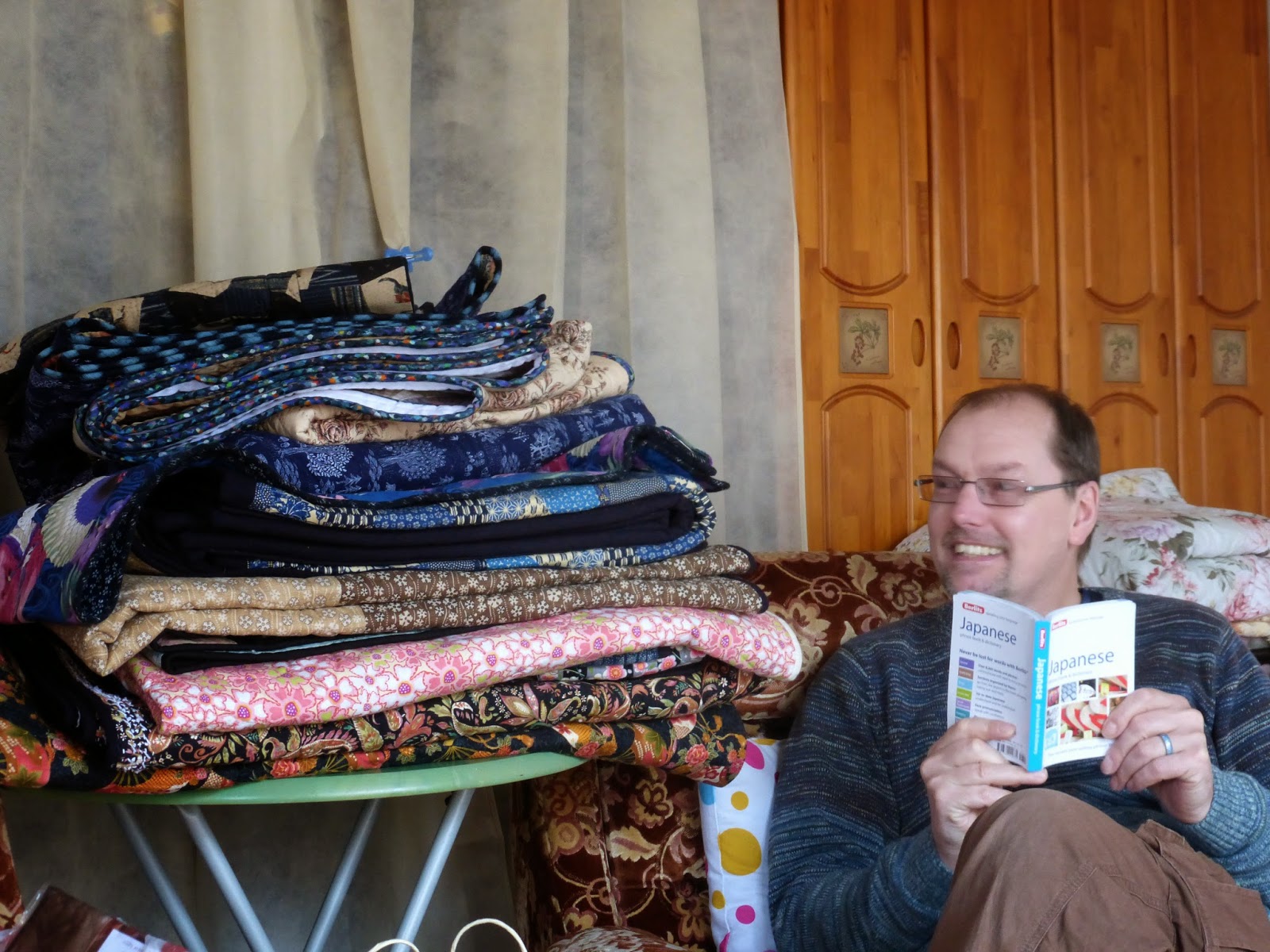 Just to prove we have been busy organising things for the Loch Lomond Quilt Show, here is Glyn with the stack of quilts we are bringing back!

We had a short walk around Yuza-machi on Sunday morning.  Some things have changed but others are still more or less the same.  This is a temple roof finial used as the kanban (shop sign) for the local roofing merchants. 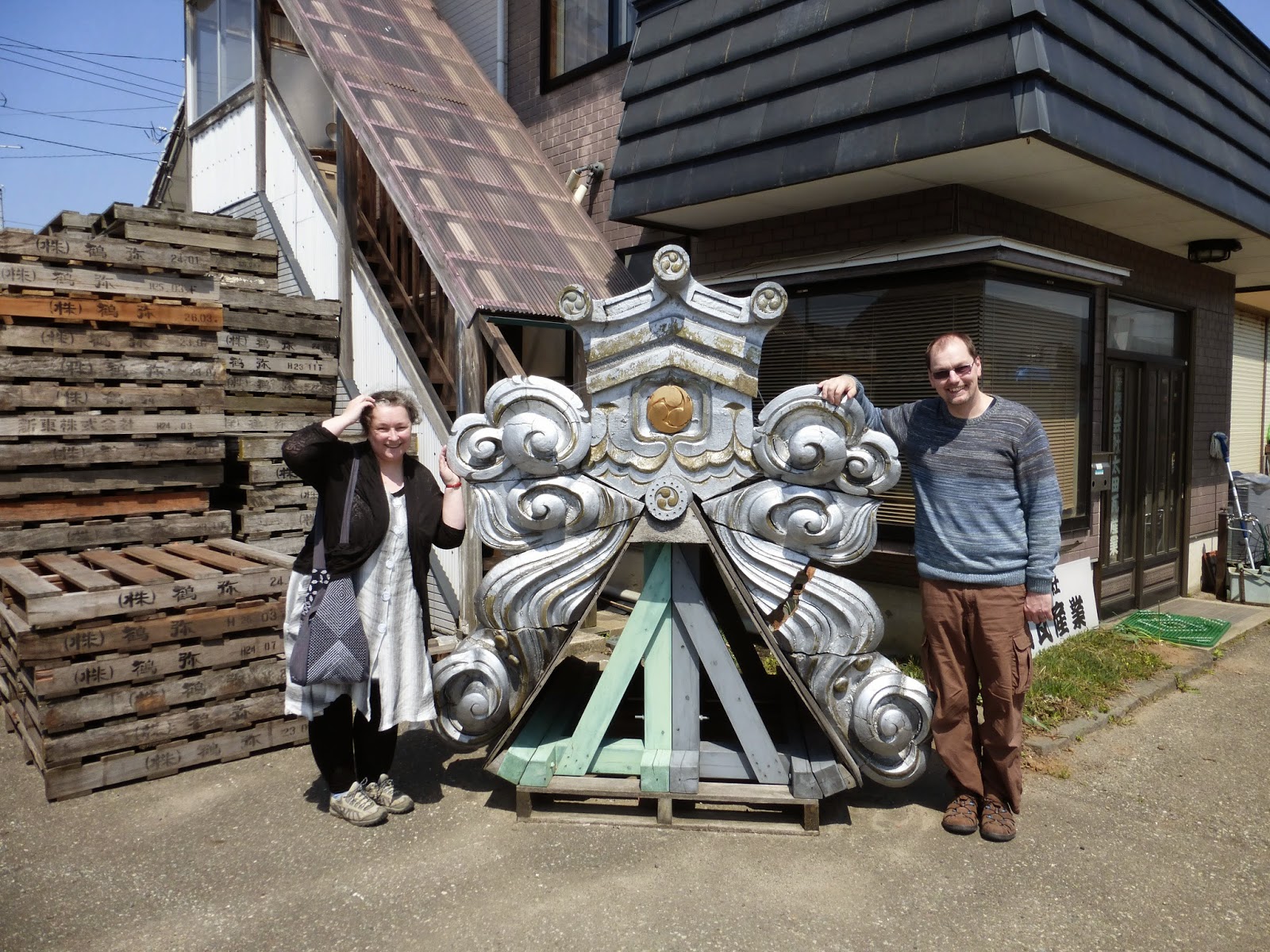 This shop is still in the street near my where my house was - clocks and watches.  I got a new red watchstrap there.  The shop where I bought the watch moved to the 'new' shopping mall in 1992. 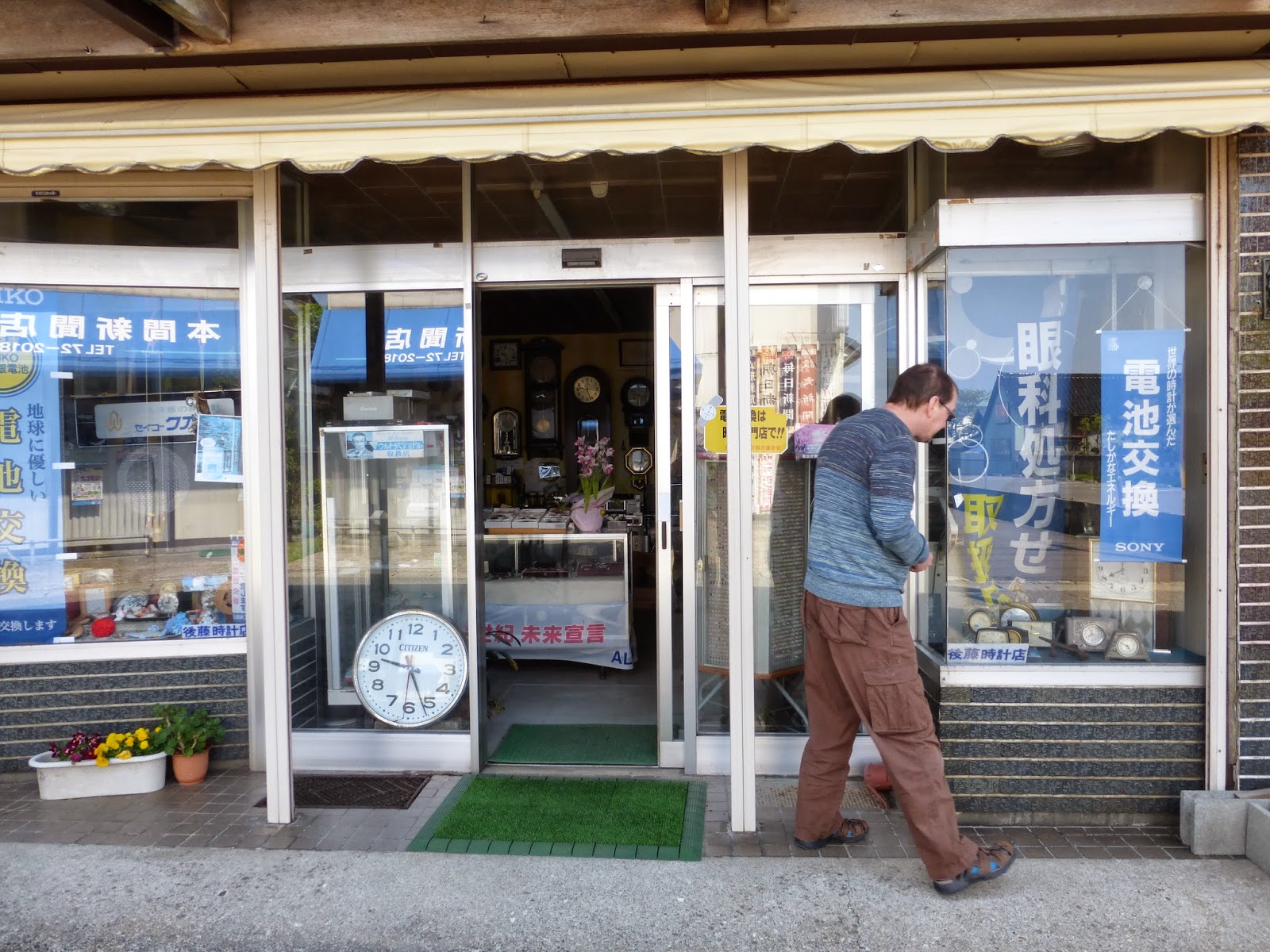 This is the short cut between my block and the railway station.  It used to be a rather muddy path next to the stream but it was surfaced a few years ago.  You can see the koinobori (carp streamers) flying over the stream for children's day on May 5th. 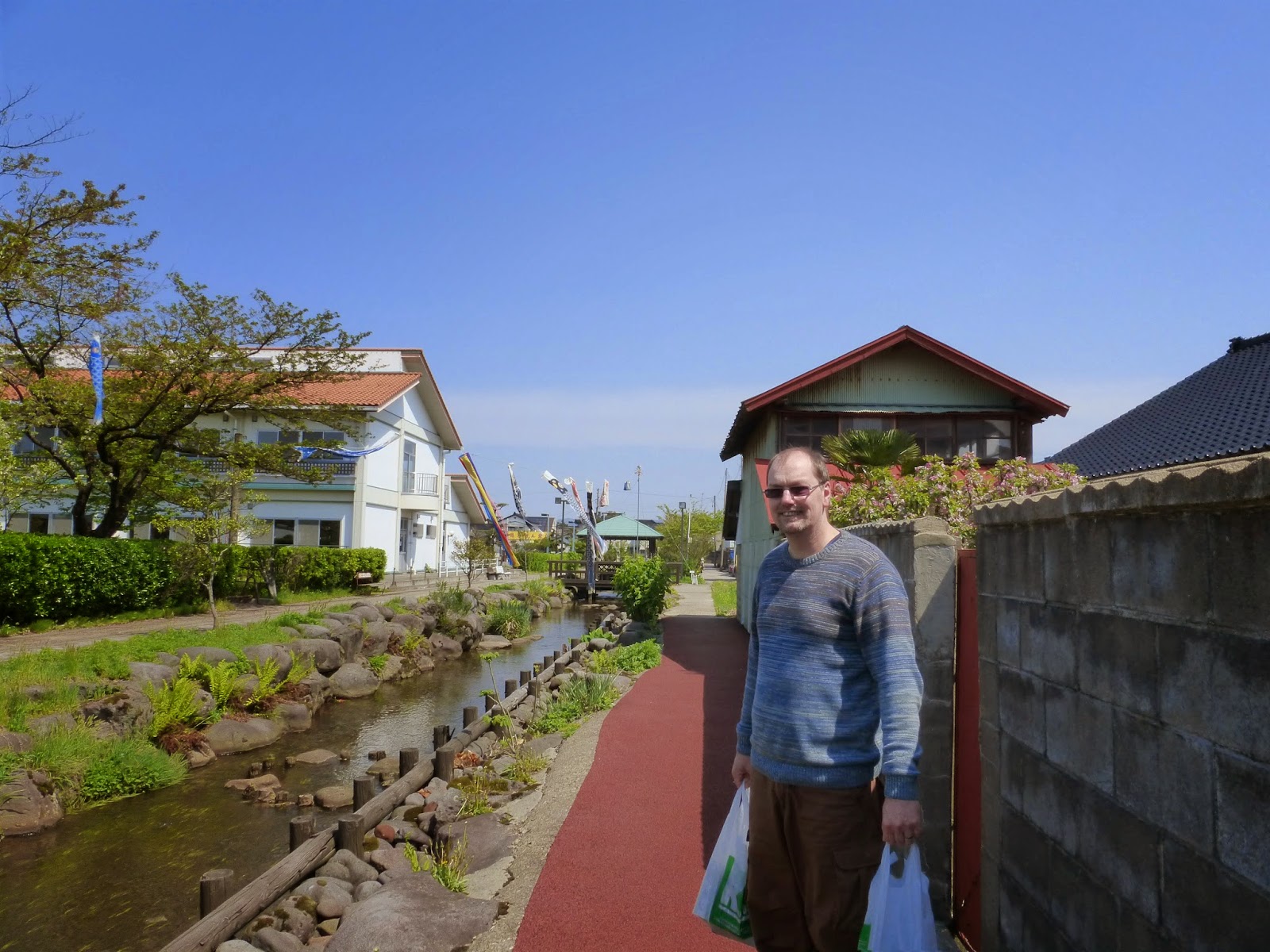 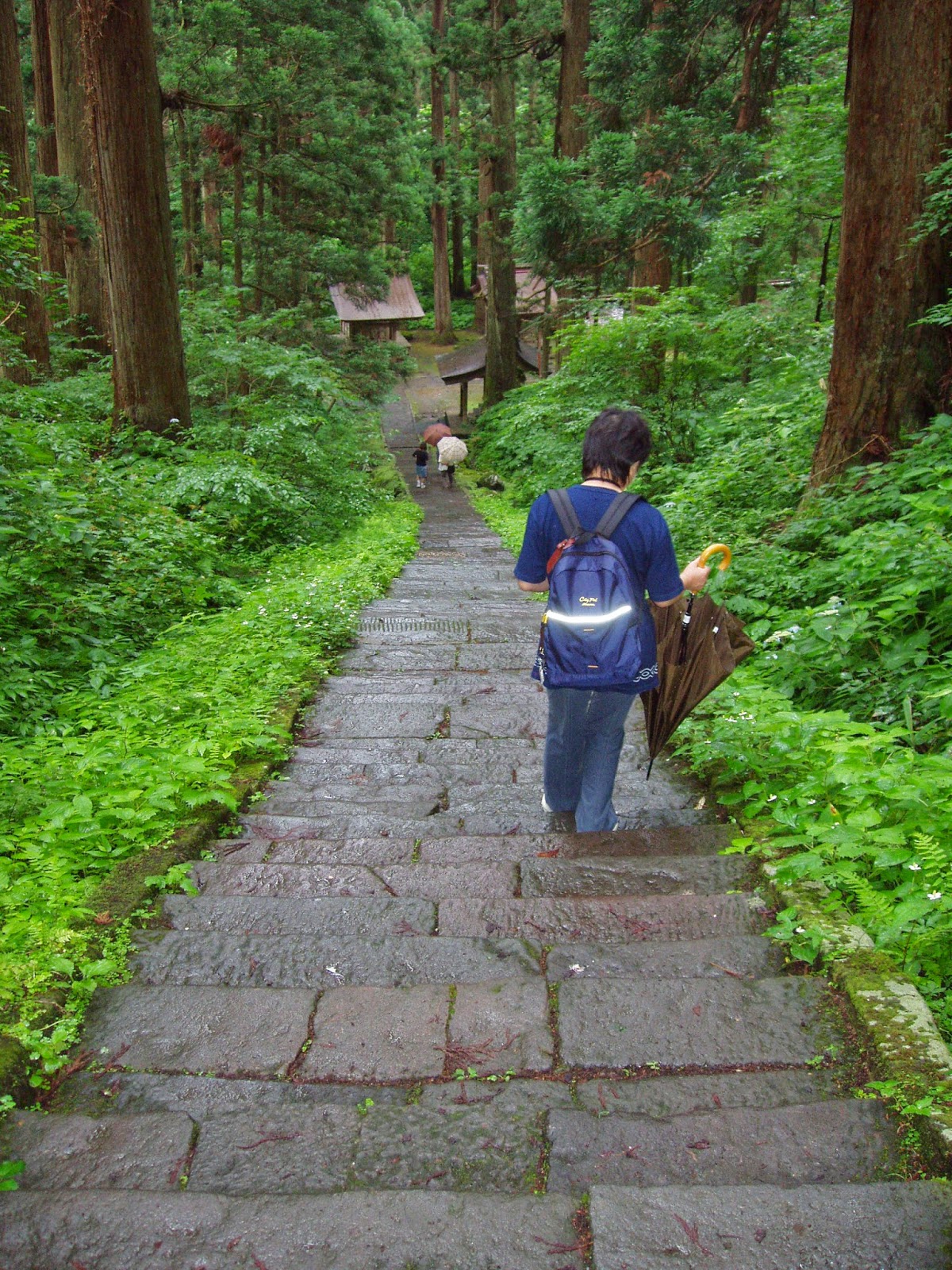 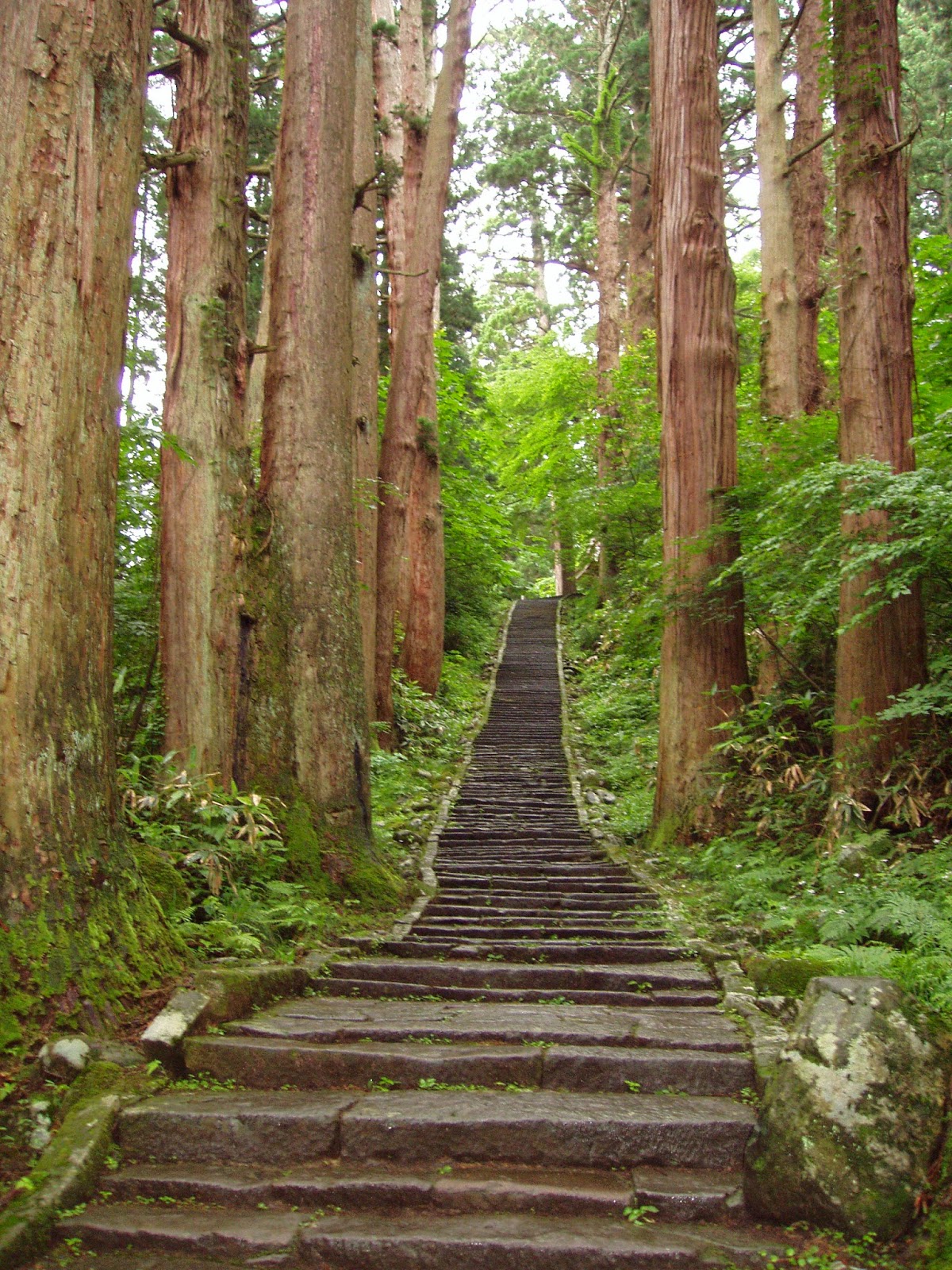 We went to Mount Haguro in the morning. Glyn climbed the 2246 stone steps.  It was so busy - quite a contrast with when I visited in July 2006, when there was almost no one there.  The two photos above show 2006 - almost the same views. 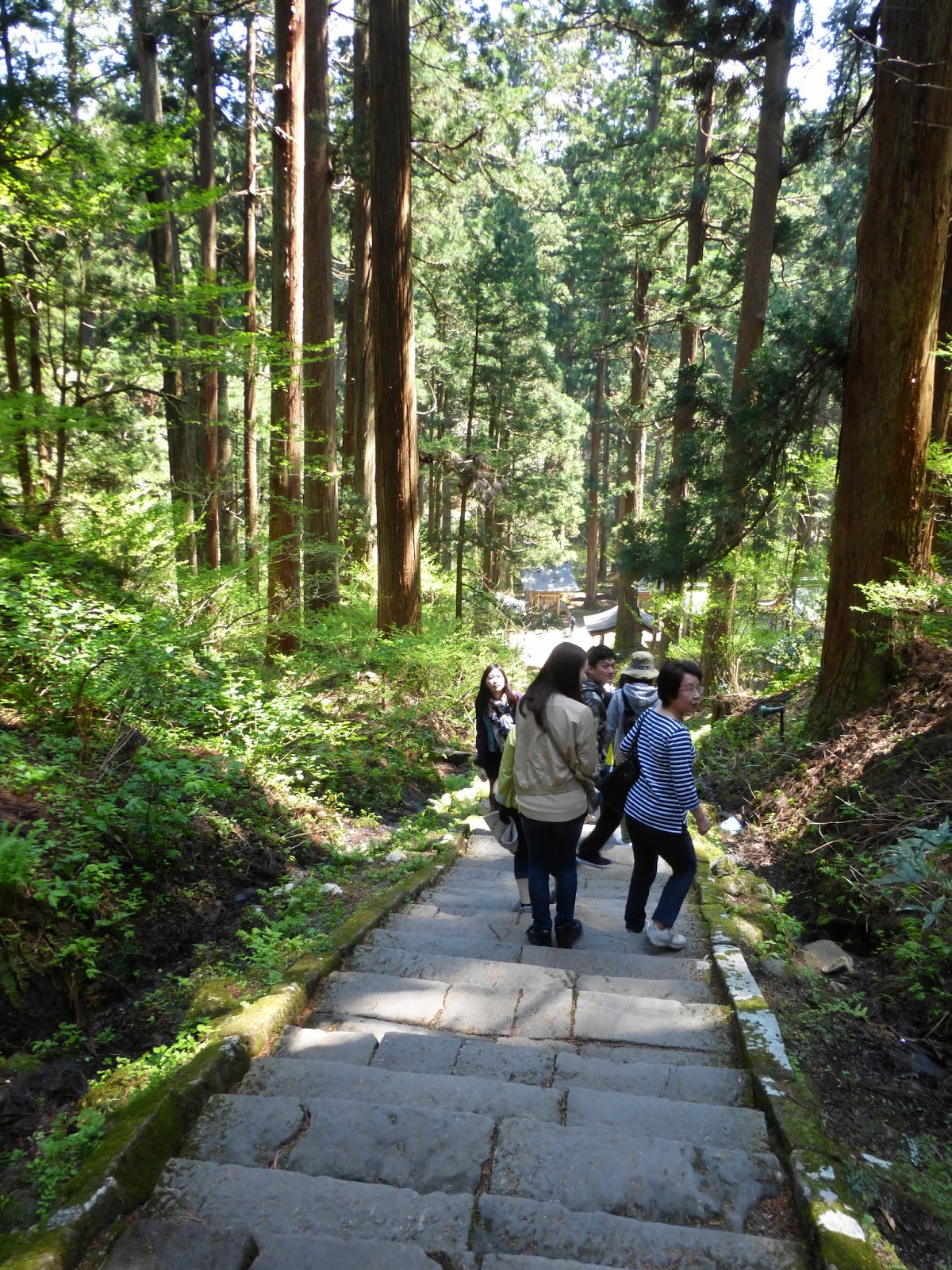 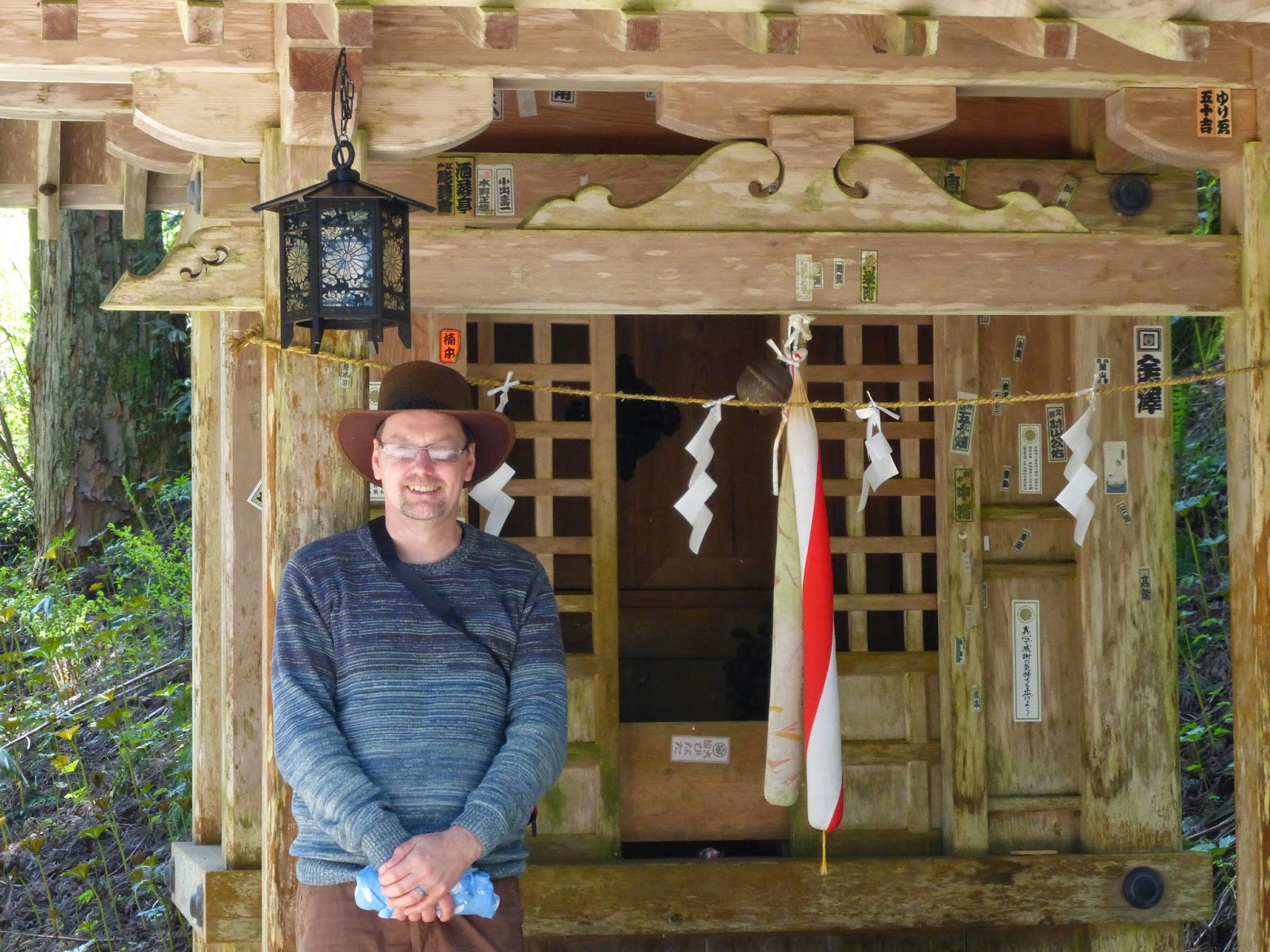 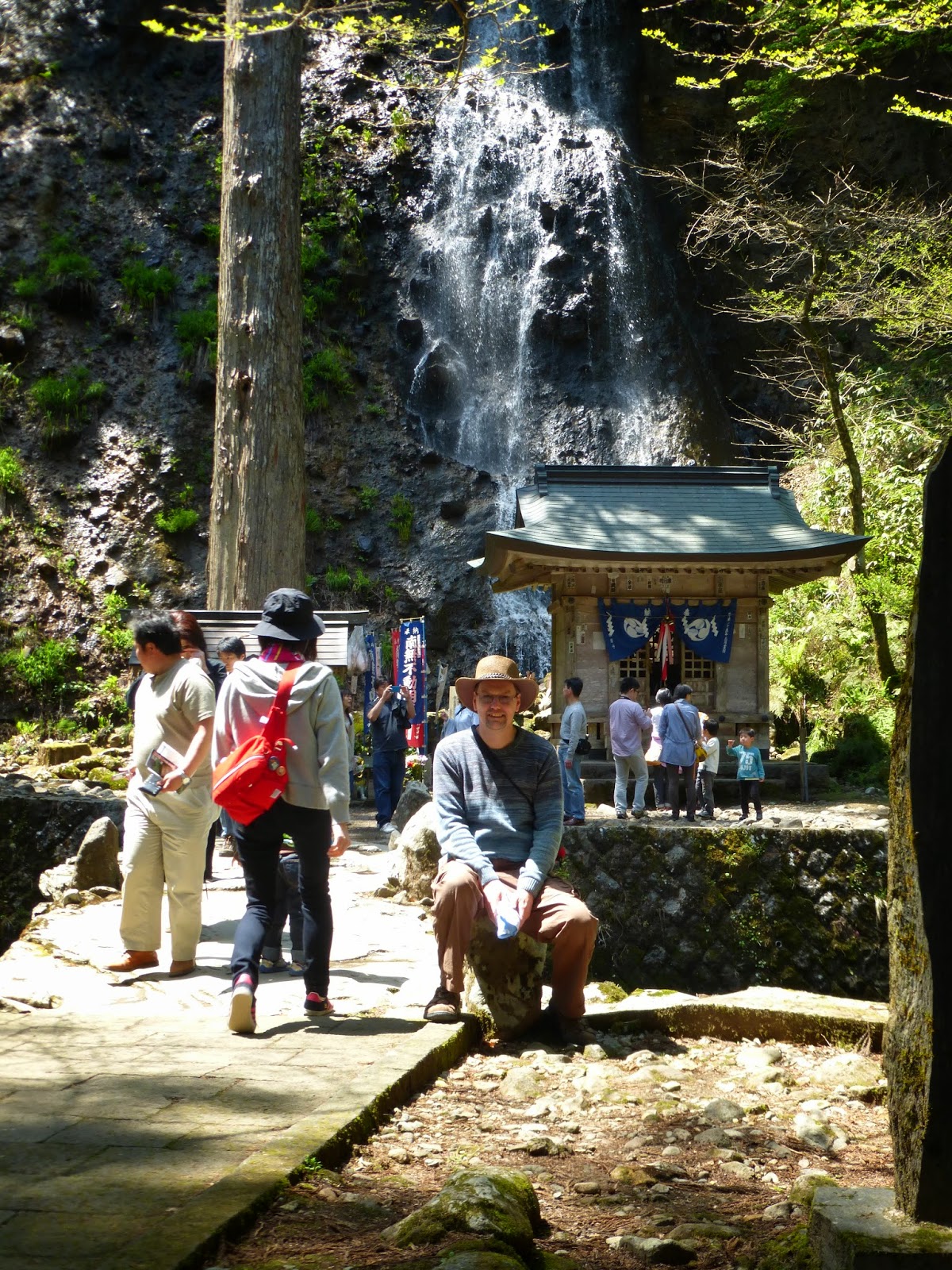 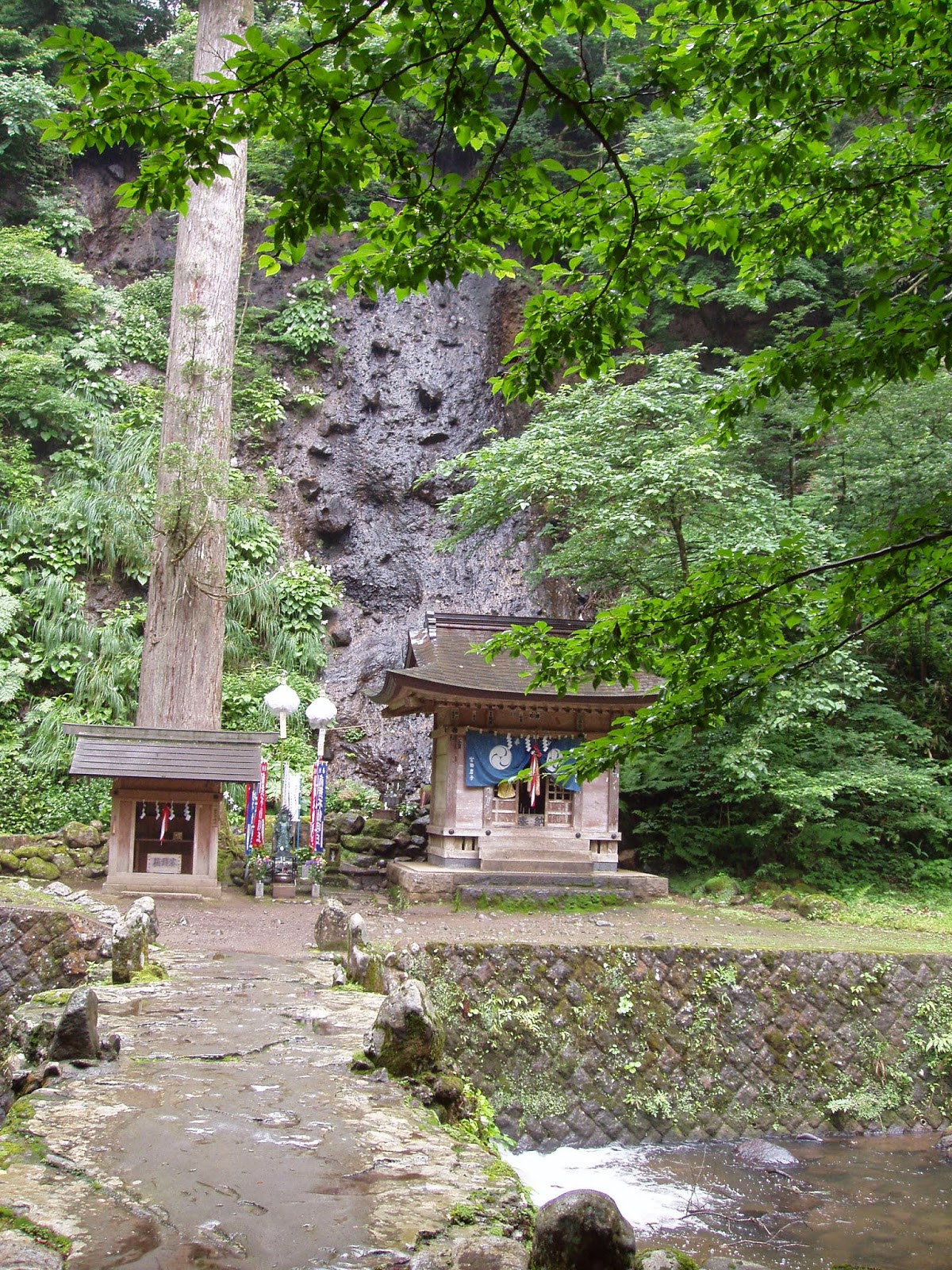 At the temple at the top. 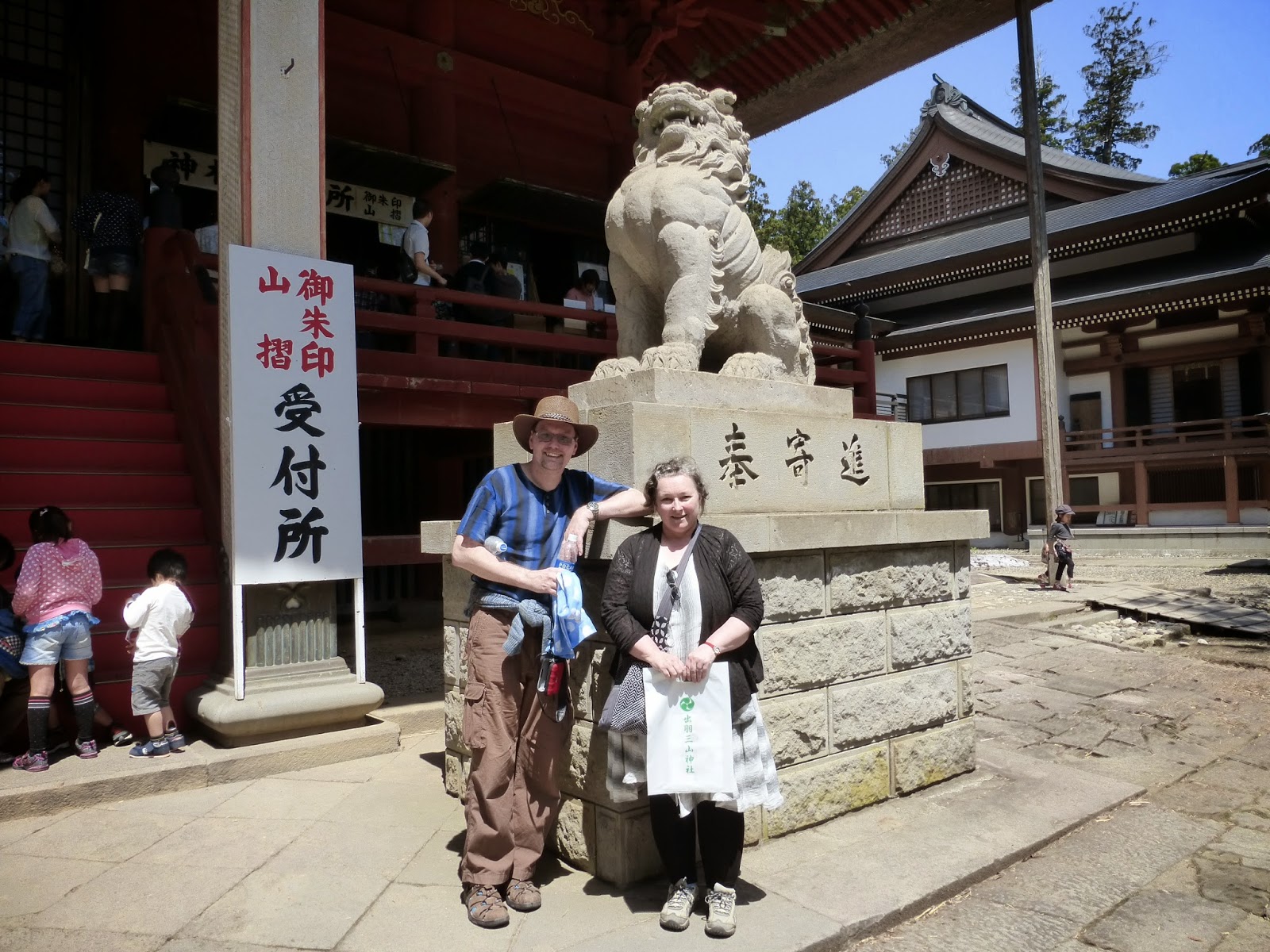 Glyn got his certificate for climbing the 2246 stone steps! 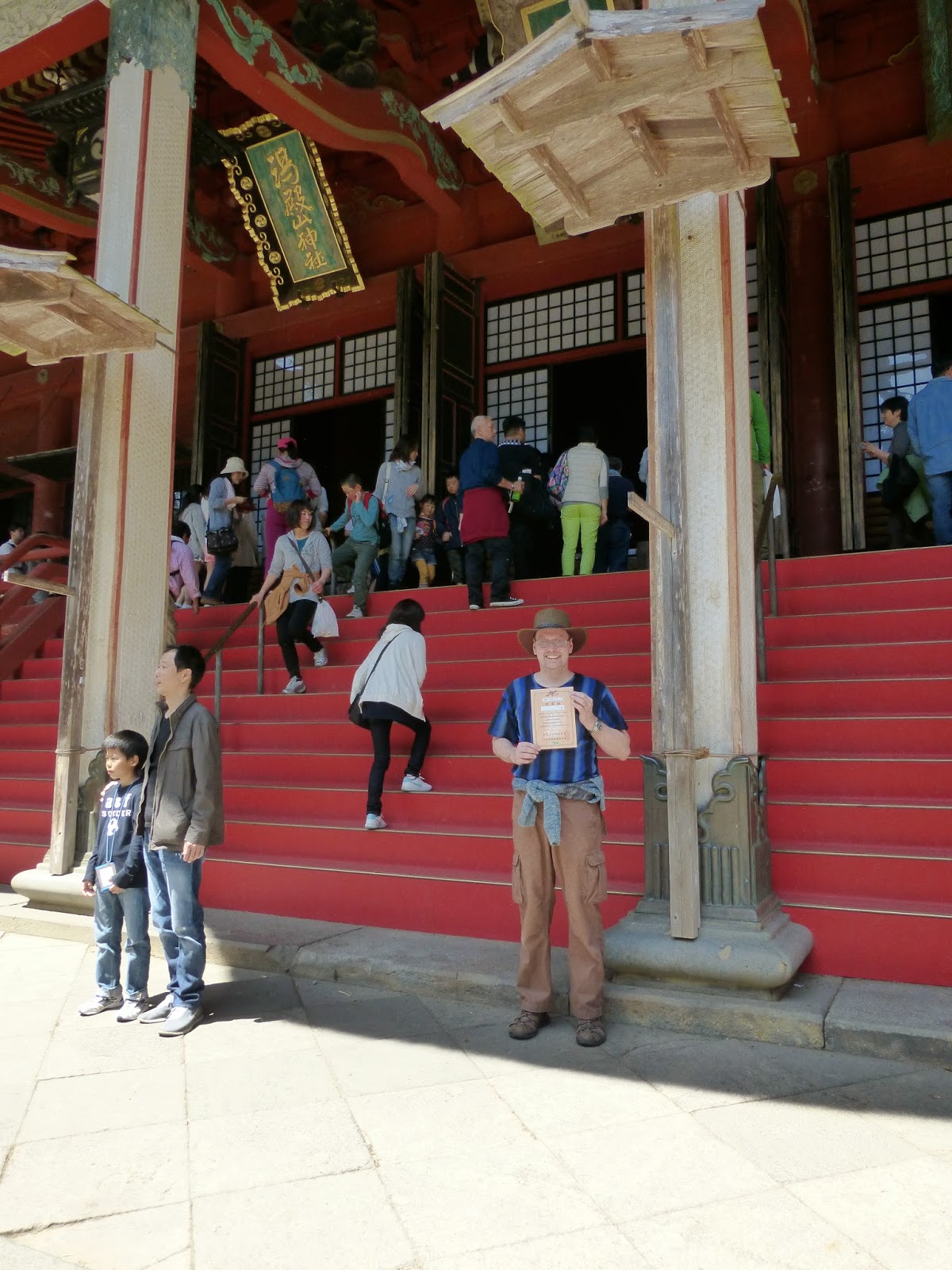 Some more photos from his climb, including the five storied pagoda. 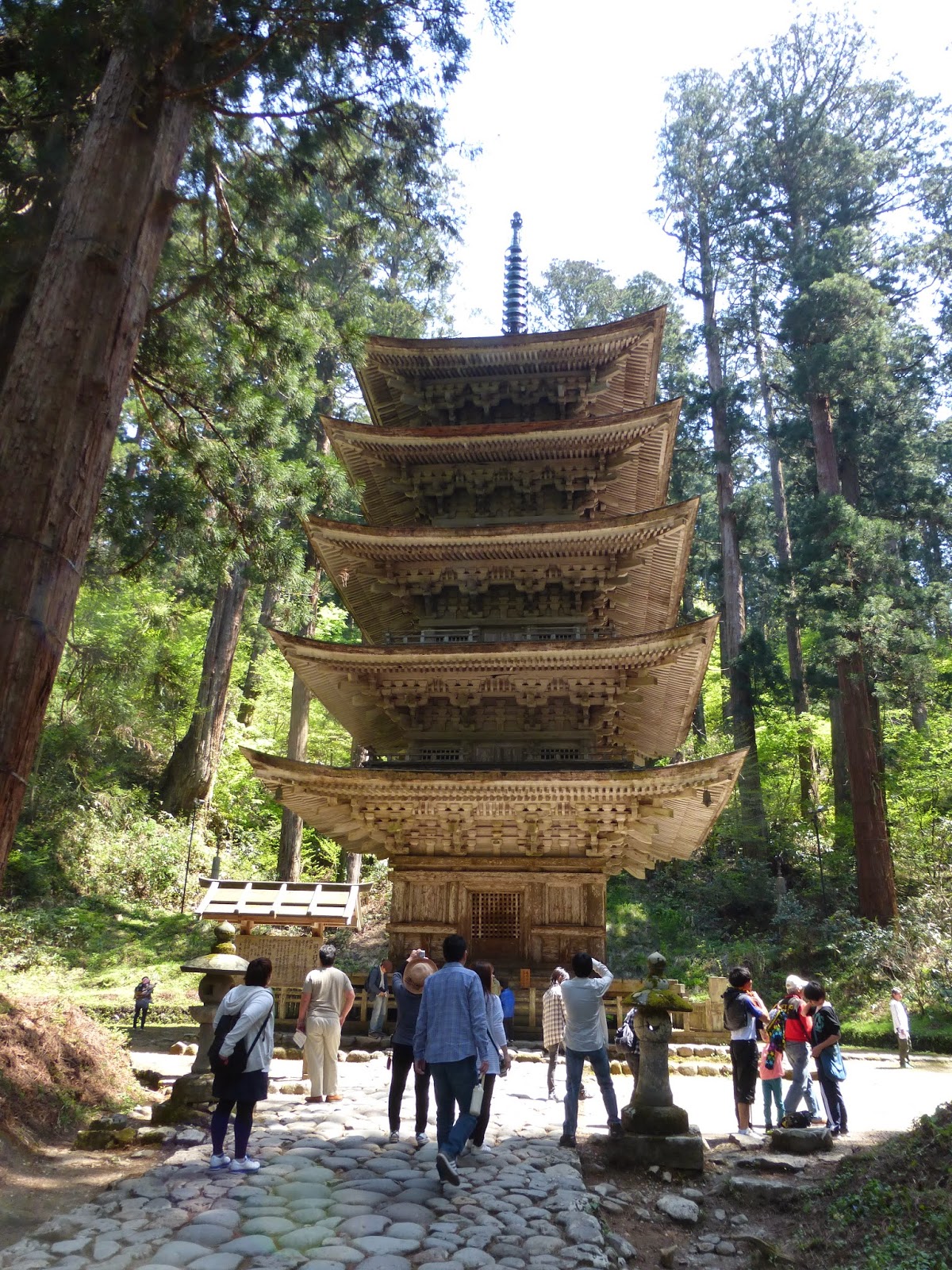 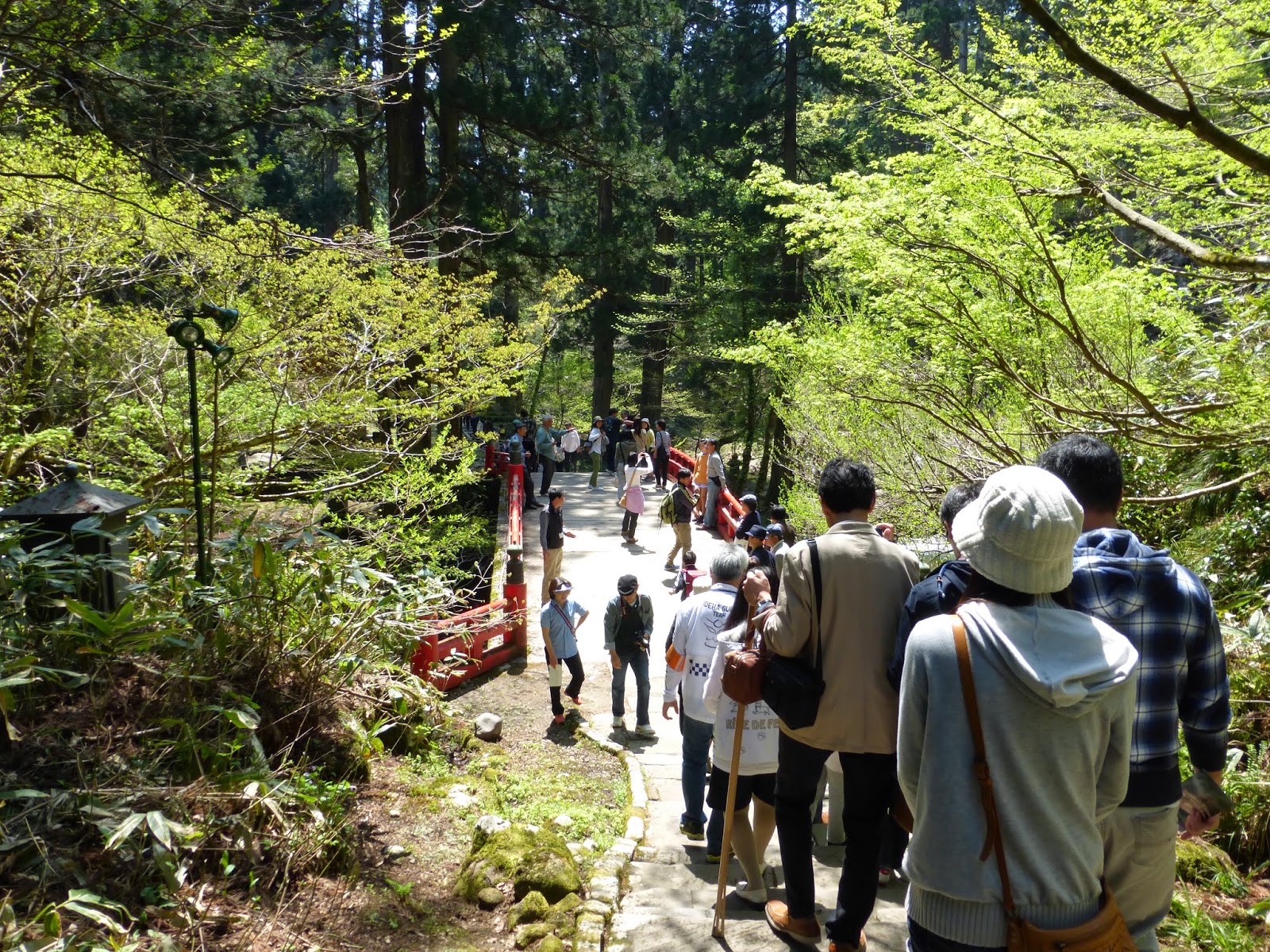 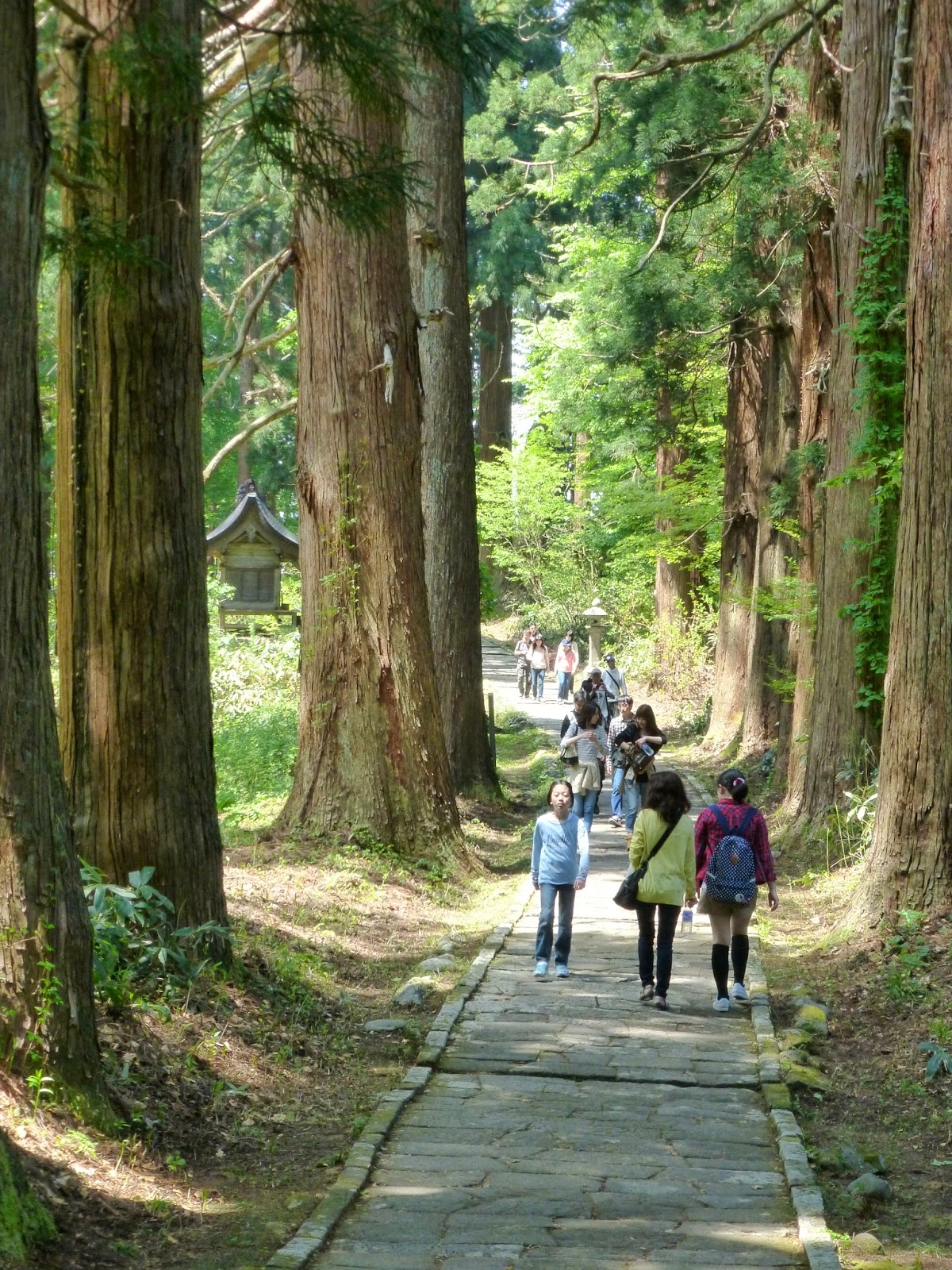