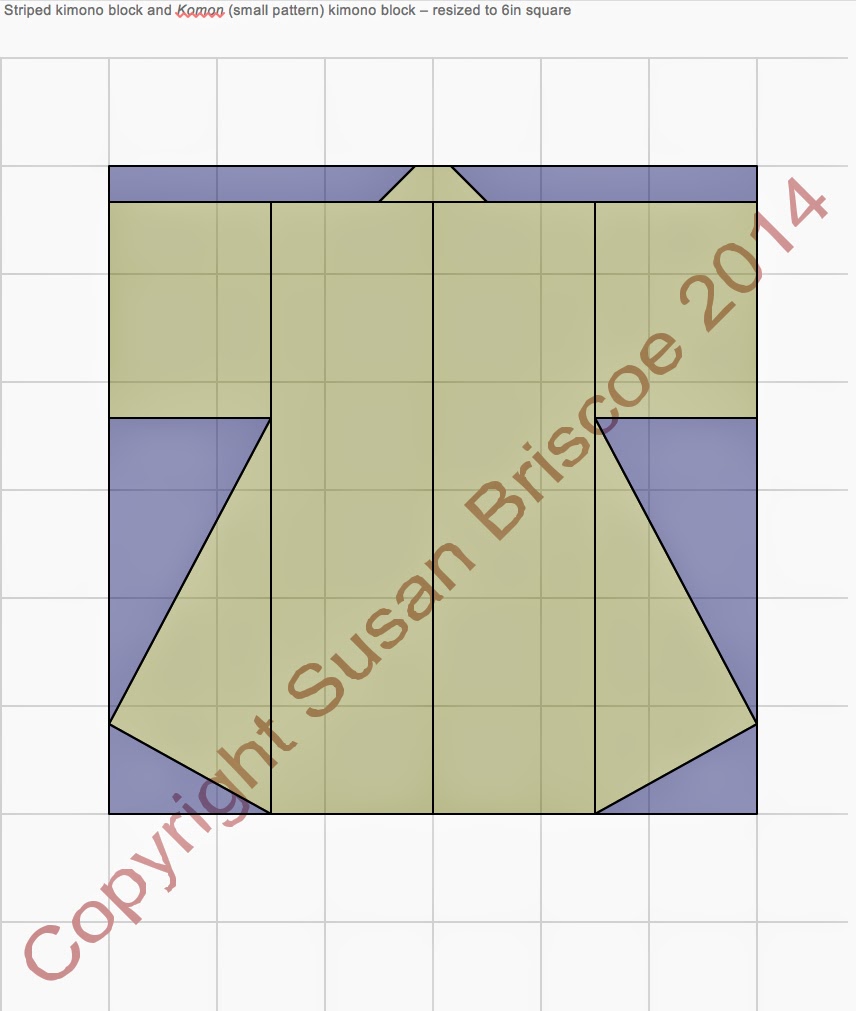 I was asked if there was a 6in version of the kimono block in 'Japanese Quilt Blocks to Mix and Match' so I've resized it.  You'll have to draw your own version from this image, unless you are a real whizz at downloading and printing off .jpg files at the correct size.  Each gridline is 1in apart and shrinking the block like this results in some strange measurements (the top background bar is now 1/3in for example) so it might be better to draft it up for a set of templates, adding a quarter inch around every piece.  Or you could use it for mosaic patchwork/English paper piecing.

There's a 5in version of it in '130 Little Quilt Blocks' ('130 Mini Quilt Blocks') too, with the kimono front panels (the triangles in the side pieces) done as applique rather than piecing, which might be a better idea on a 6in version too, as those lower corner triangles are now rather small.  Have fun with it!
Posted by Susan Briscoe at 17:29

Thanks Susan, something |,ve wanted to do

I'm doing a row-by-row with my quilt friends, and this month I have a quilt whose owner included all Asian fabrics. There is a butterfly row, some arches, some houses, but I wanted to do kimonos. I saw dozens and dozens on Pinterest, but I liked this one the best! Simple, yet very versatile. And hooray it is 6"! Thanks so much. I'll post a picture on my Pinterest page when I get it down. Thanks again.