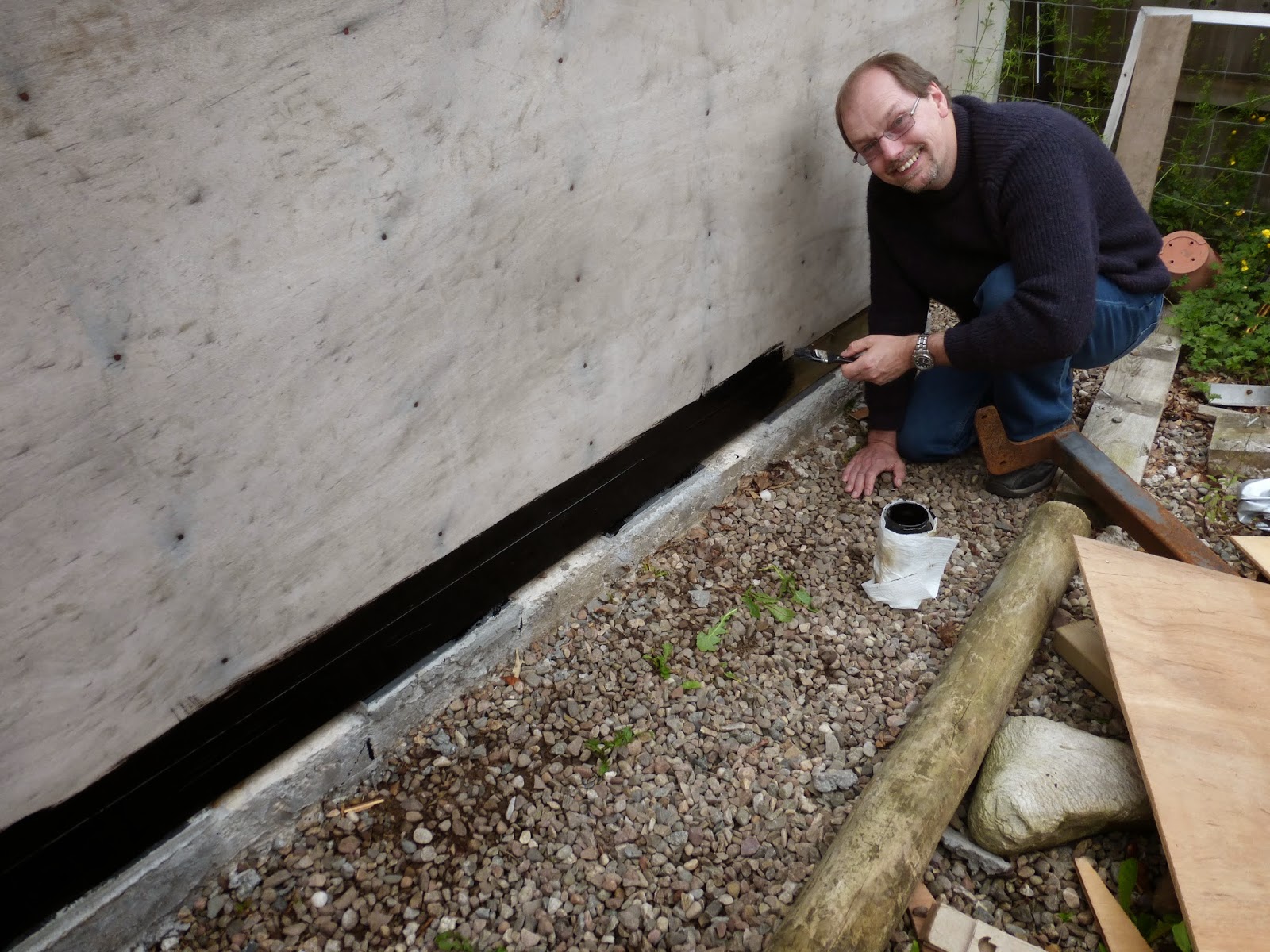 The Tyvek housewrap finally arrived last Thursday.  I thought we'd have the summerhouse wrapped by now, but of course there have been lots of little finishing off jobs that have to be done before we can put it on.  First - painting the base and lower walls with bitumen paint to weatherproof them.

Second - 'anti mouse mesh'! All the gaps between the slate bearers have been filled in with mesh panels recycled from two old spark guards (fire guards).  I don't want nests of mice living underneath. 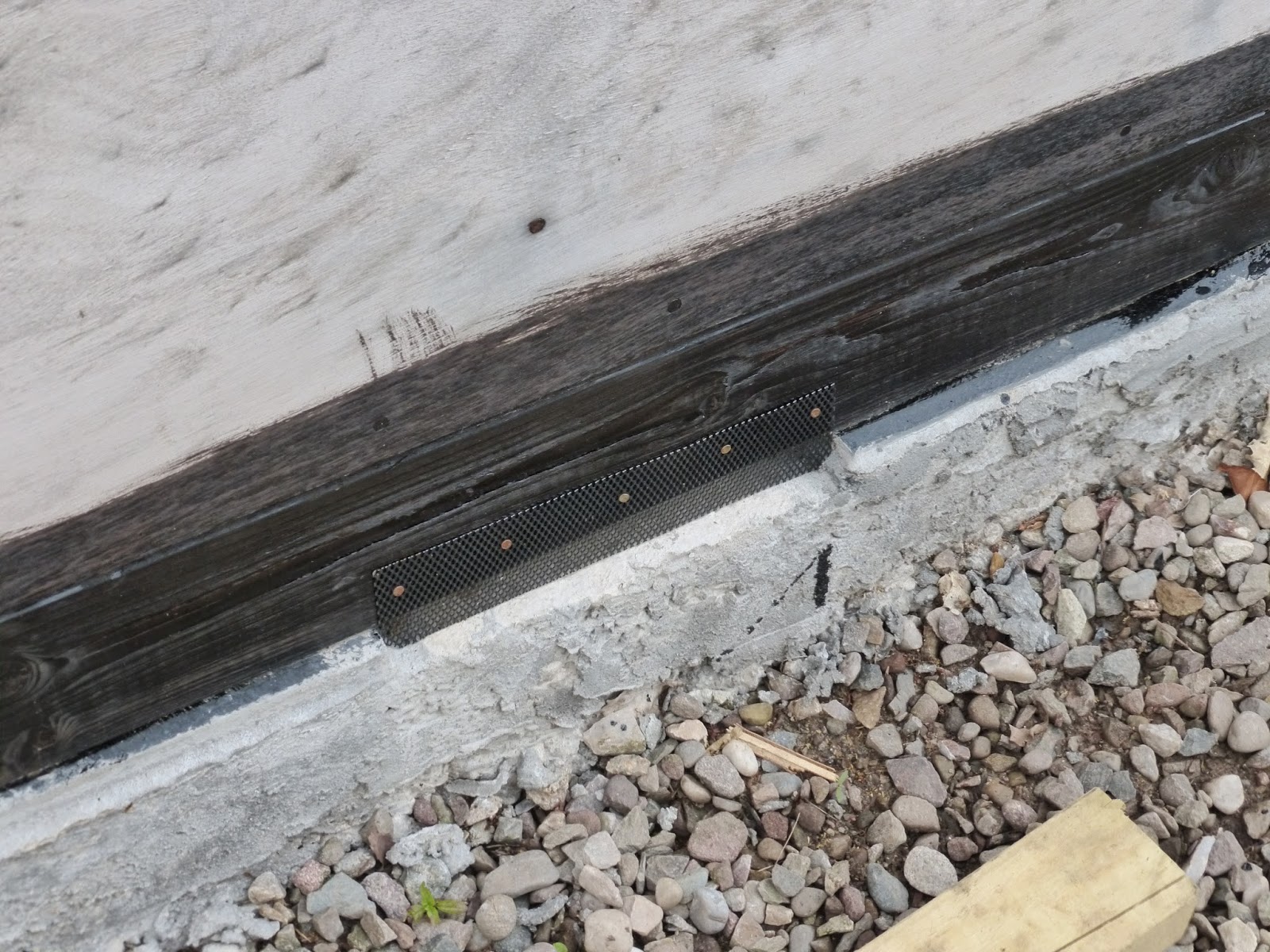 Third - extra screws holding the walls to the base. 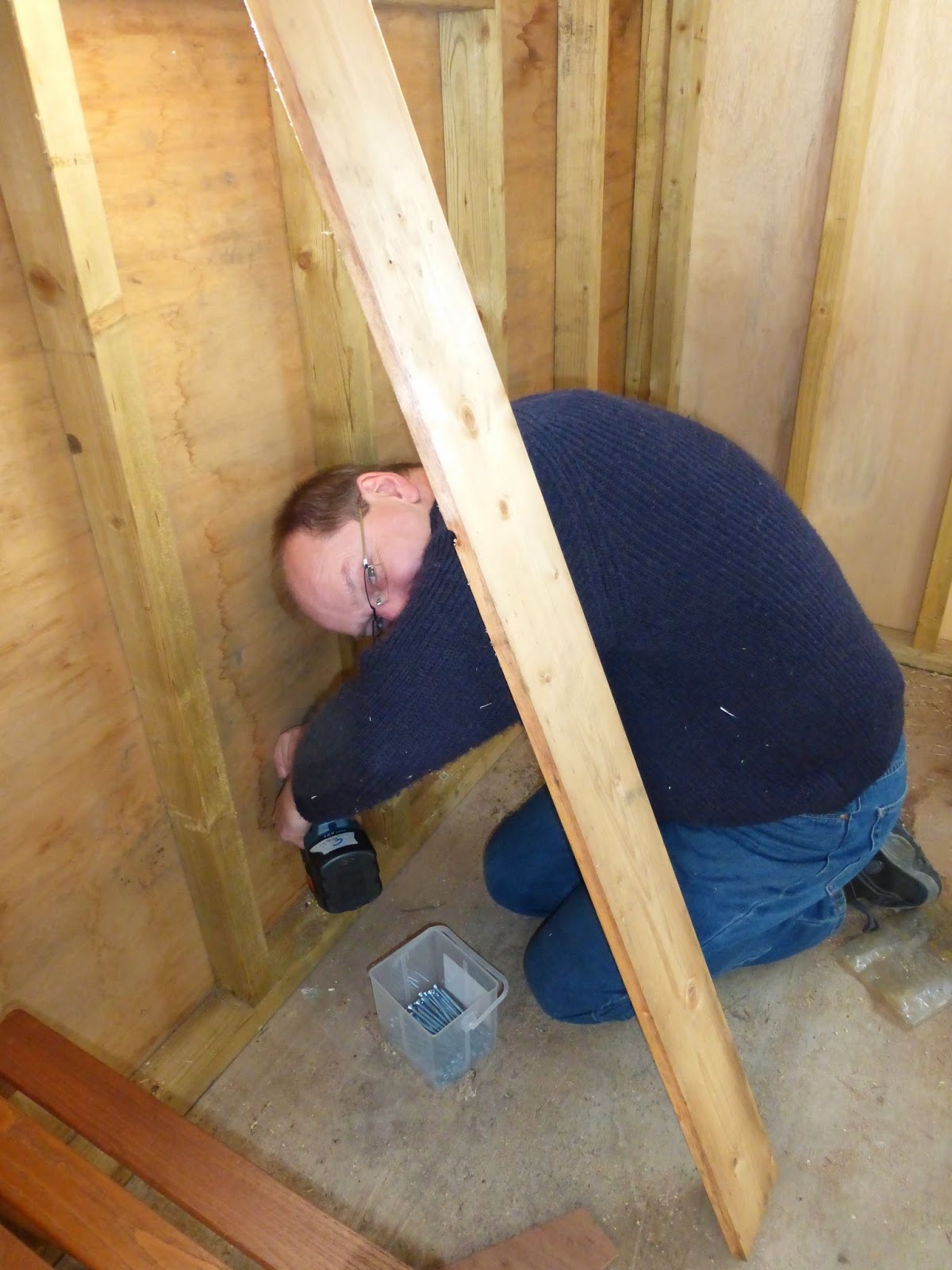 Fourth - flashing tape all round the base, so there's no moisture gap between walls and base. 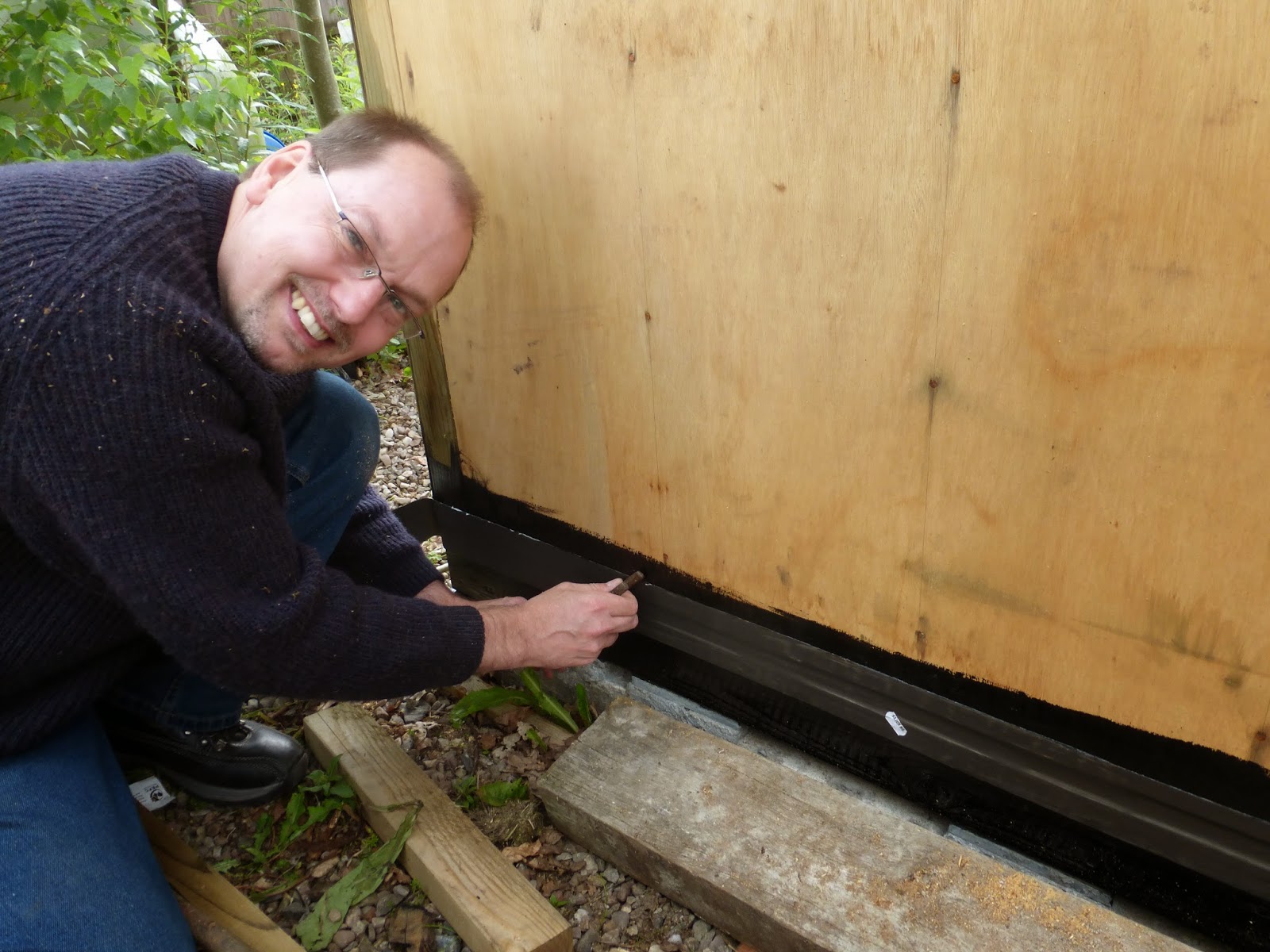 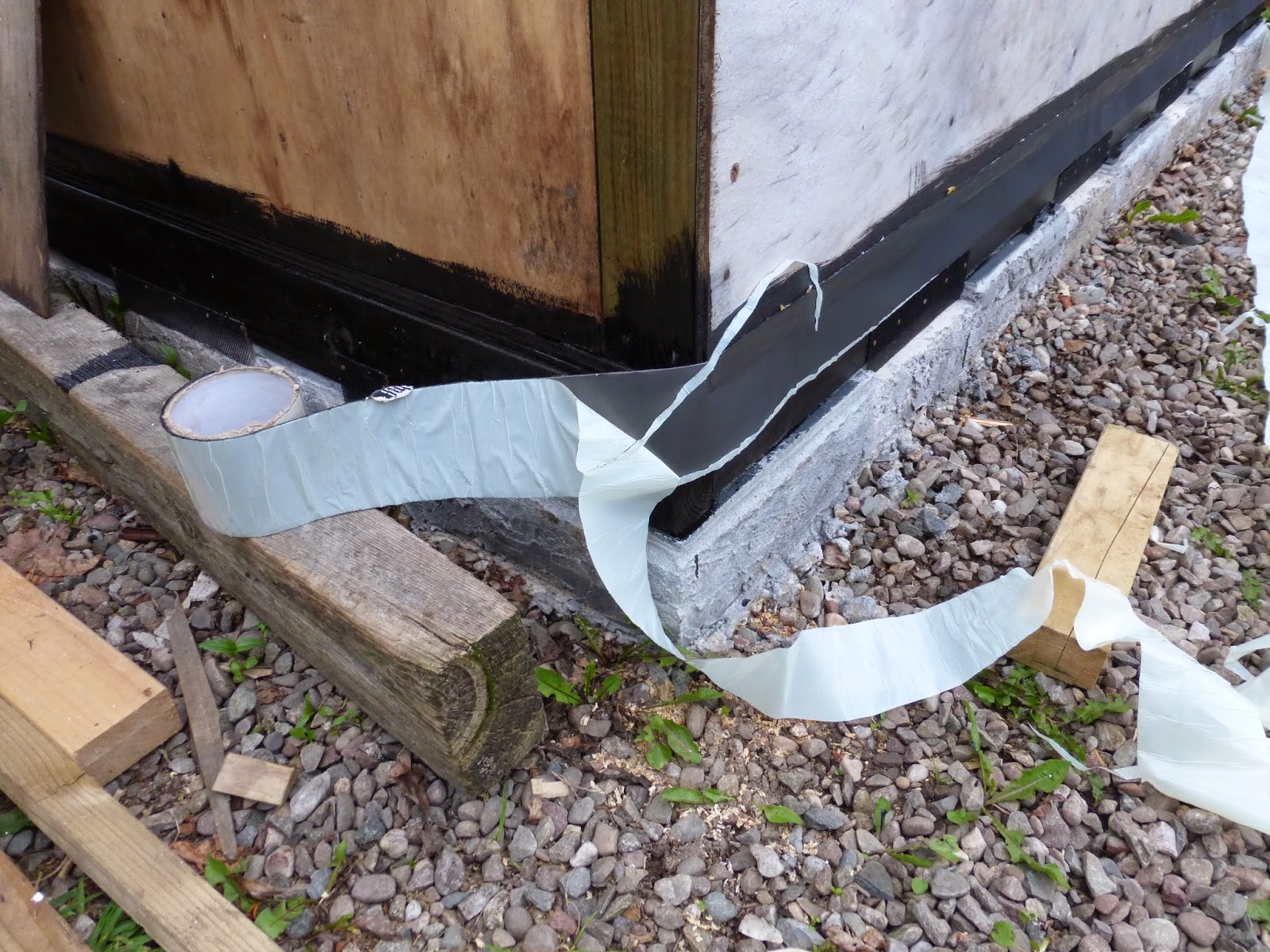 Burnishing the flashing tape in place. 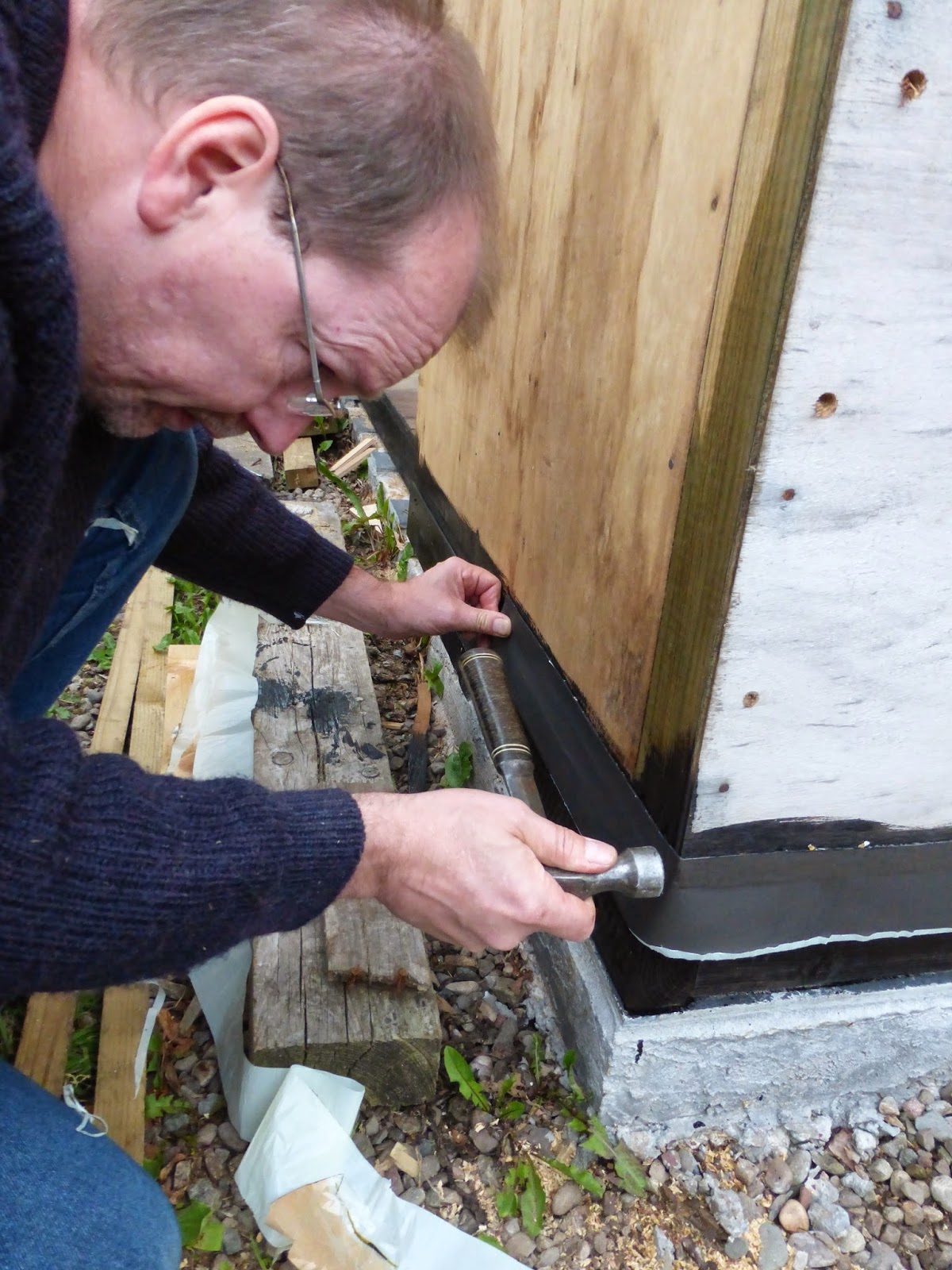 While Glyn's been getting on with the bitumen paint etc., I've been working on the windows.  The Gothic window has been sanded and I got as much of the rust off the glazing bars as possible, before painting them with primer. They'll be finished in black Hammerite paint. 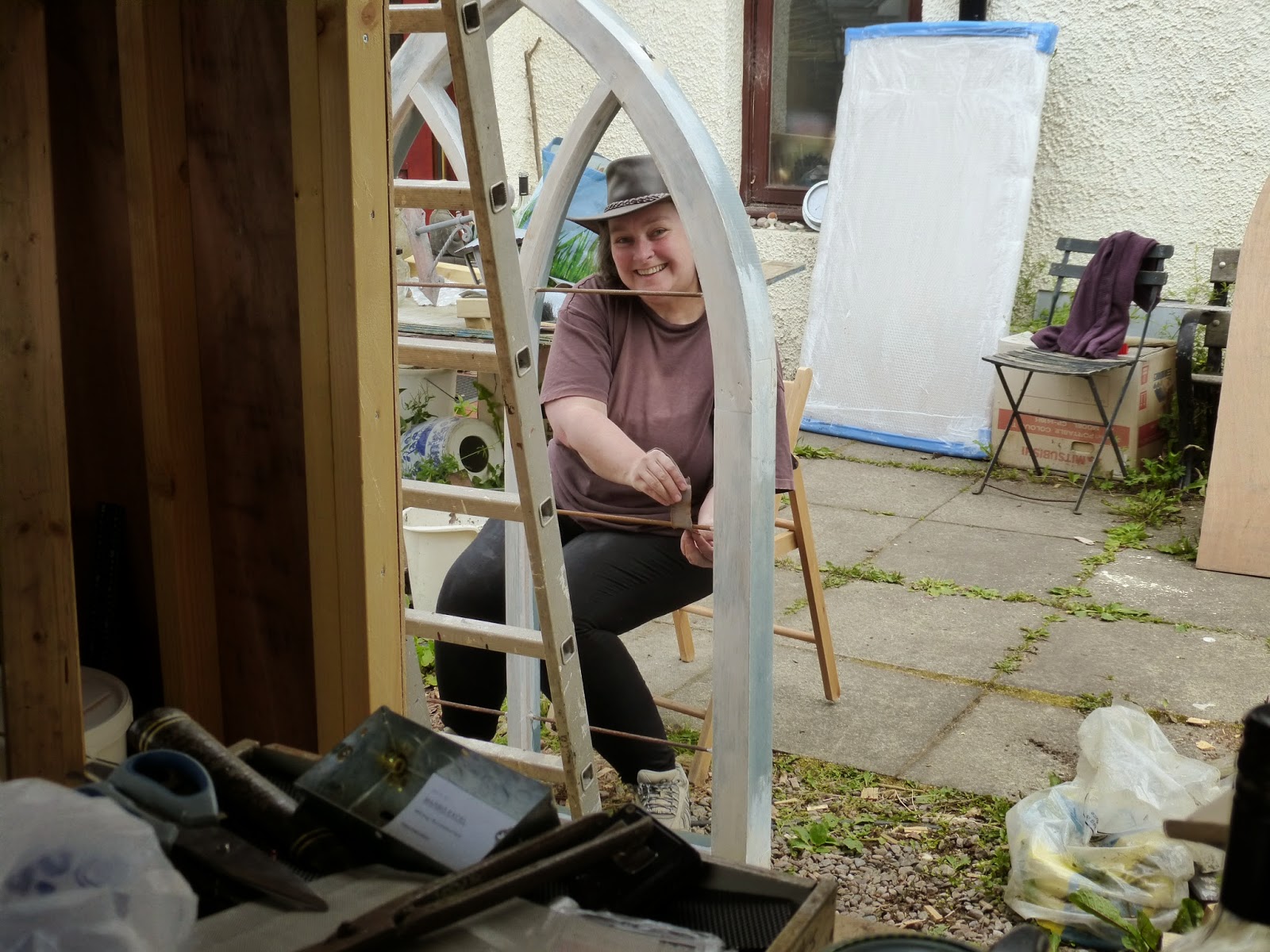 When I got the window in 2005, I planned to have it in the garden as an unusual plant trellis, so it was stripped, treated and painted pale blue.  After thoroughly sanding it down, it has has several coats of primer. 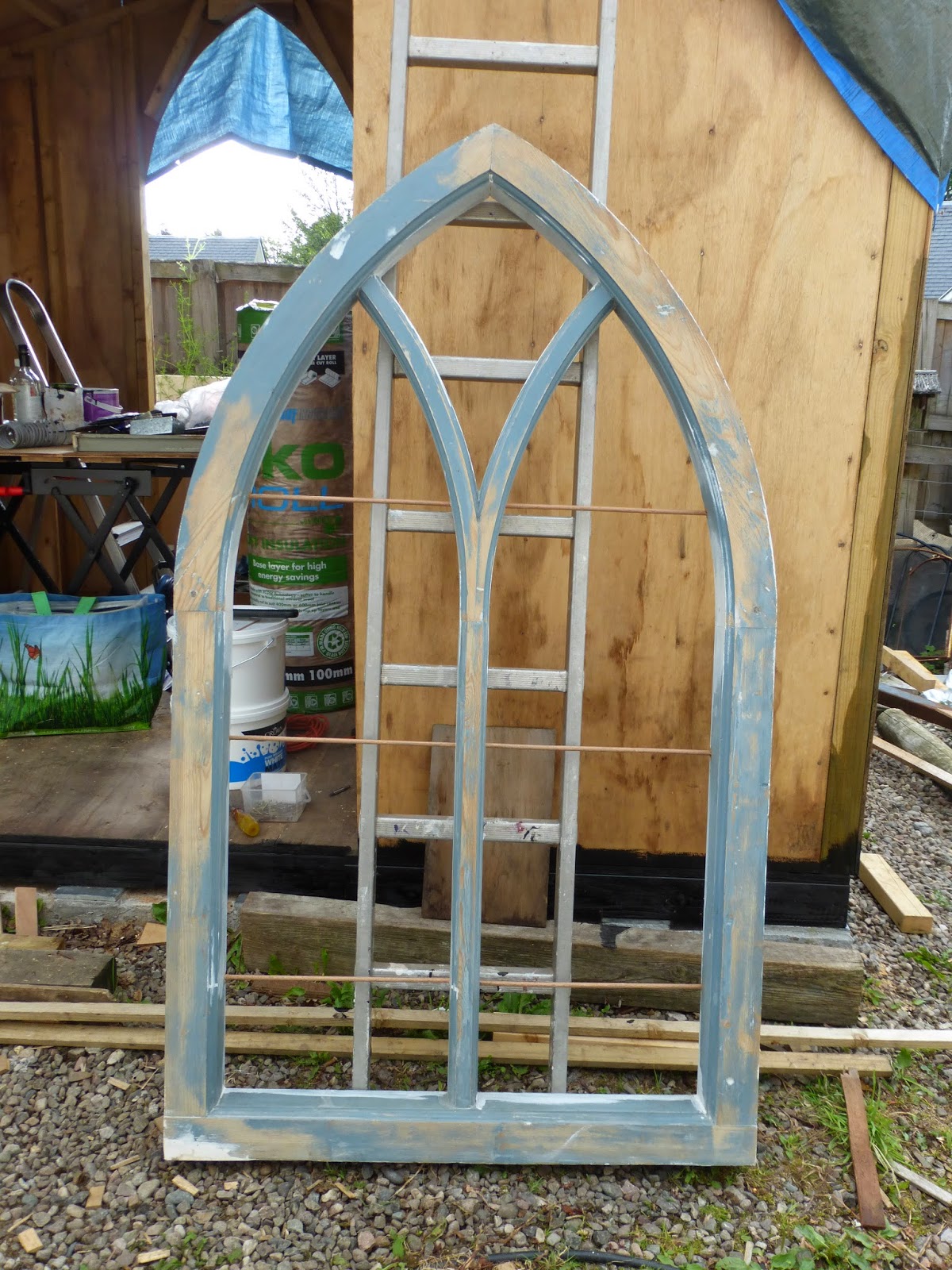 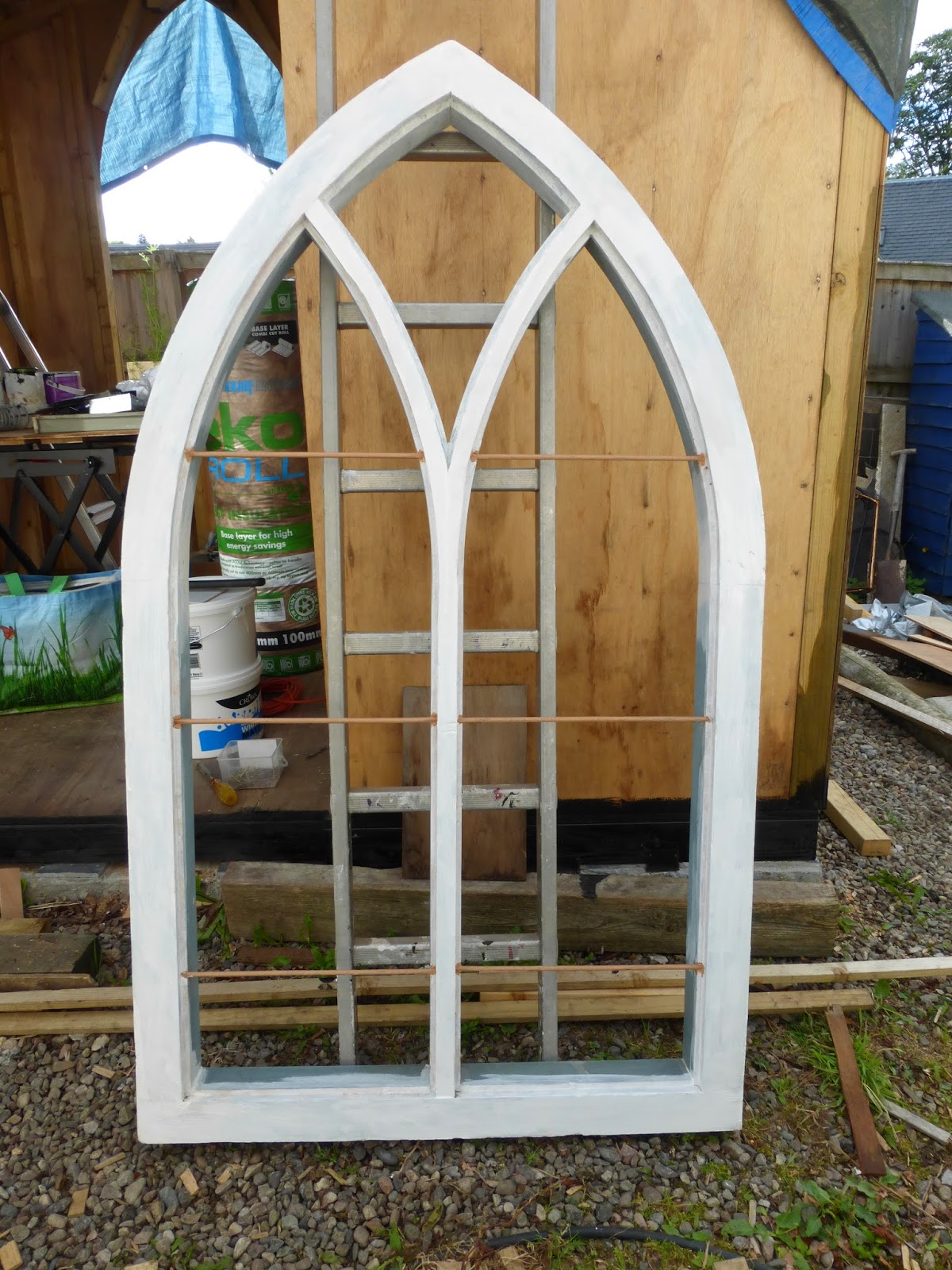 The outside of the window will be white, but the inside will be red, in a satin finish. I think it will look better with the 'stained glass' aka painted perspex glazing I've planned for it.  I'm painting all the window frames before they are installed and they'll just be touched up later.  It is a bit easier when they aren't so high up! 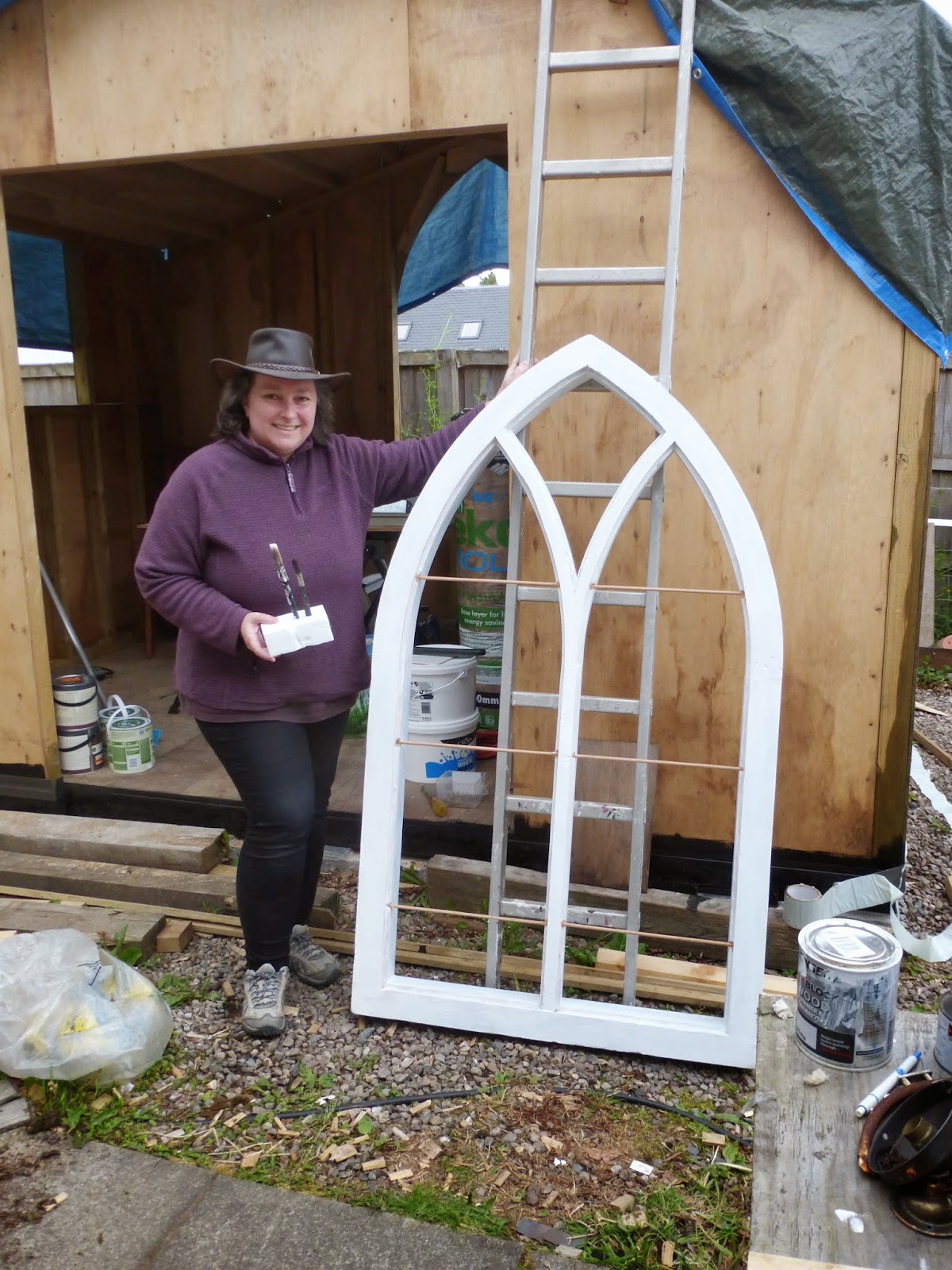