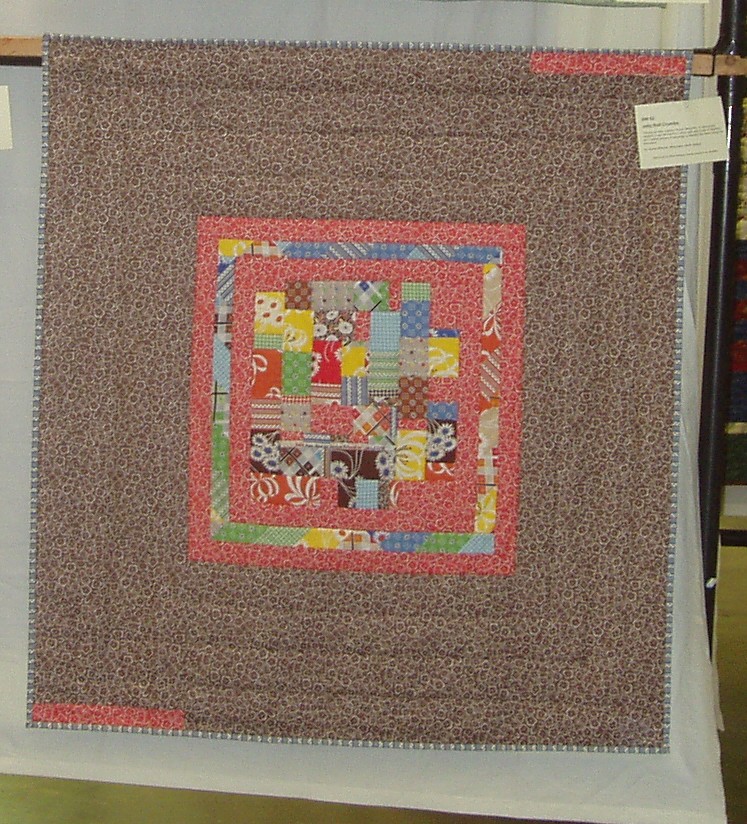 The Quilters' Guild launched a Modern Quilt Group at Festival of Quilts last week.  I haven't joined - I didn't get a chance to go round and see what it was all about - but would I qualify as a 'Modern' quilter? This Pinterest link shows some 'Modern' quilts.  I've done various quilt and block designs inspired by mid century modern design or just pure abstraction, although I'm not a huge fan of plain fabrics (unless they have a beautiful colour or surface texture).  The quilt above was made in 2009 - 'Jelly Roll Crumbs' while the top of the one below was started in 2001 - 'Lulea Blockhus' (I have just spotted that the tacking threads are still in the quilt in that pic!) 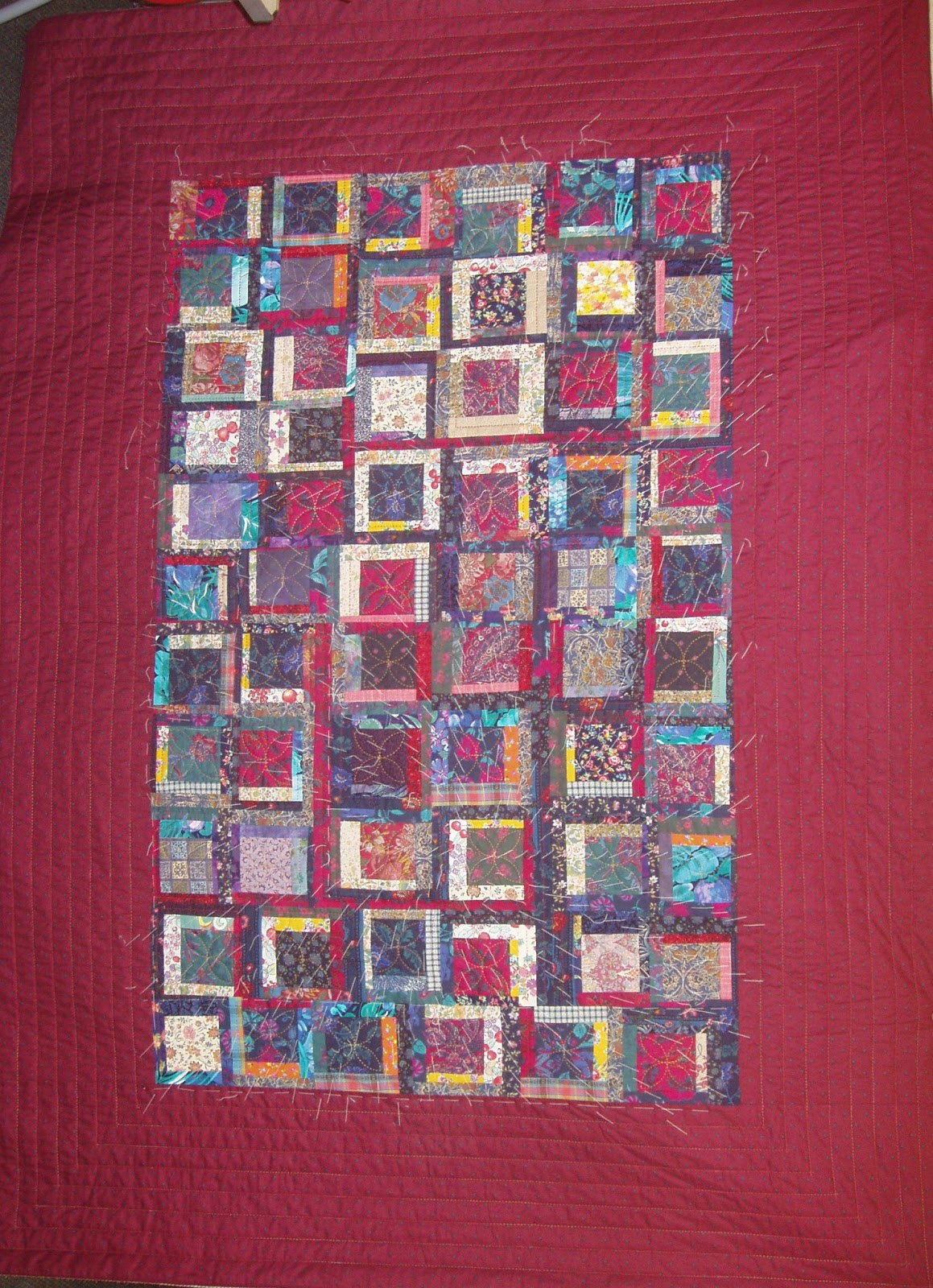 The following photos are just images I had to hand - I have several works in progress which might be considered 'Modern Quilts' but I don't have photos of them yet.  "Maru' was made in 2012. It is a variation on my Japanese Circles and Squares workshop design. 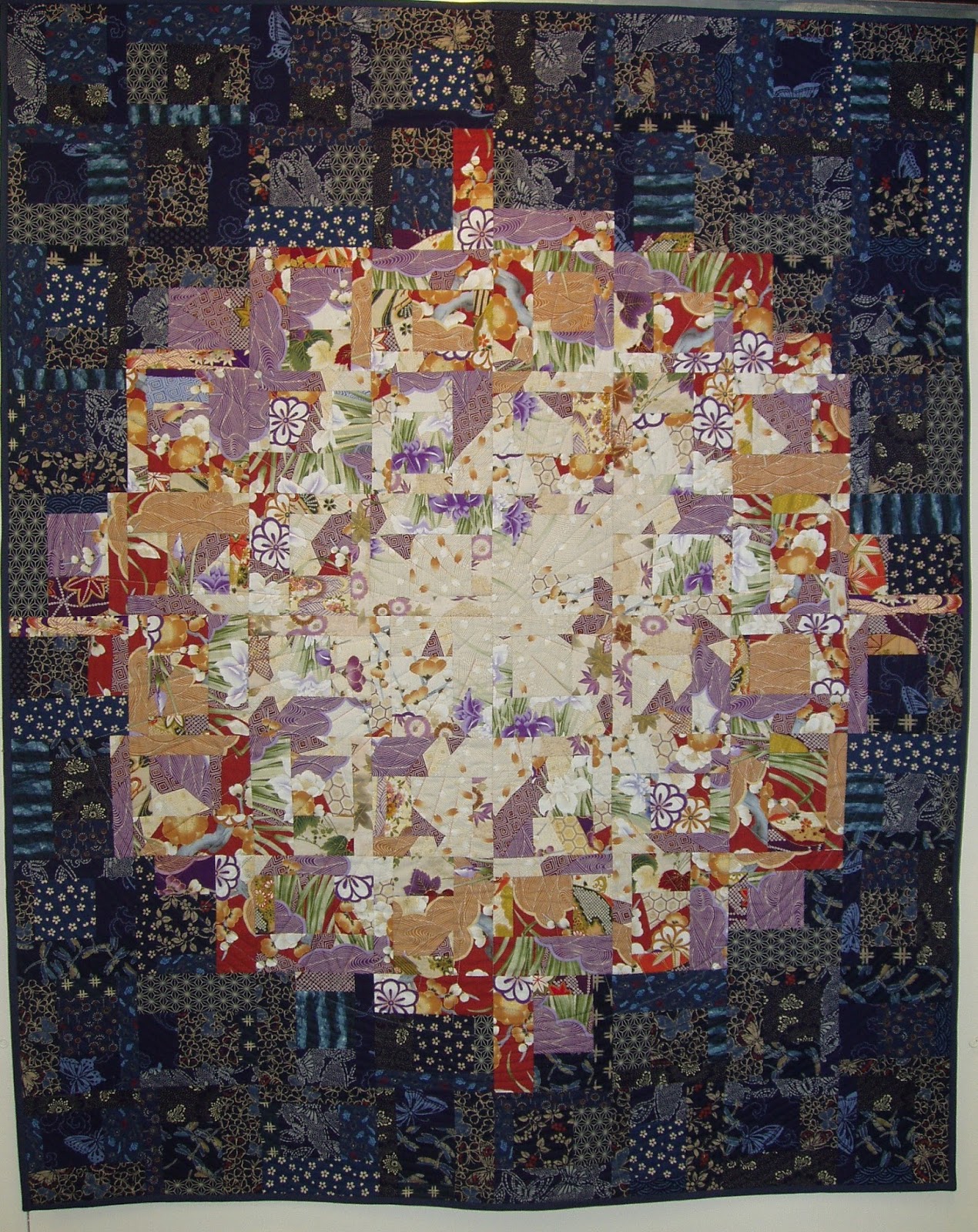 A 'Japanese art quilt boromono' workshop sample made earlier this year. Quite a lot of plains in there, but they are Japanese sashiko cottons, so they have a bit of texture. 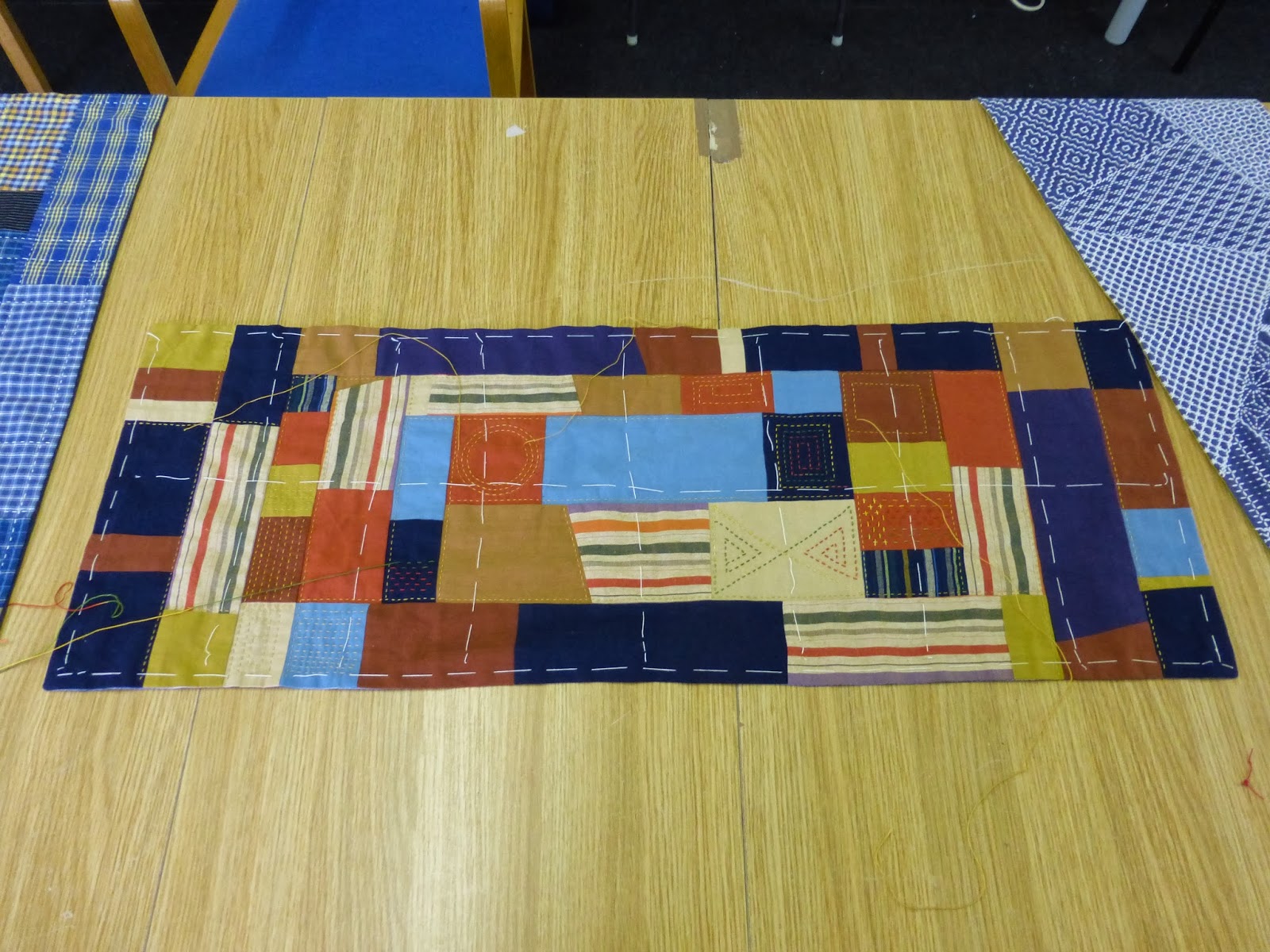 'Shimacho' from 'Japanese Quilt Inspirations', made in 2010 - this would almost certainly be considered a 'Modern Quilt' if it wasn't all prints... 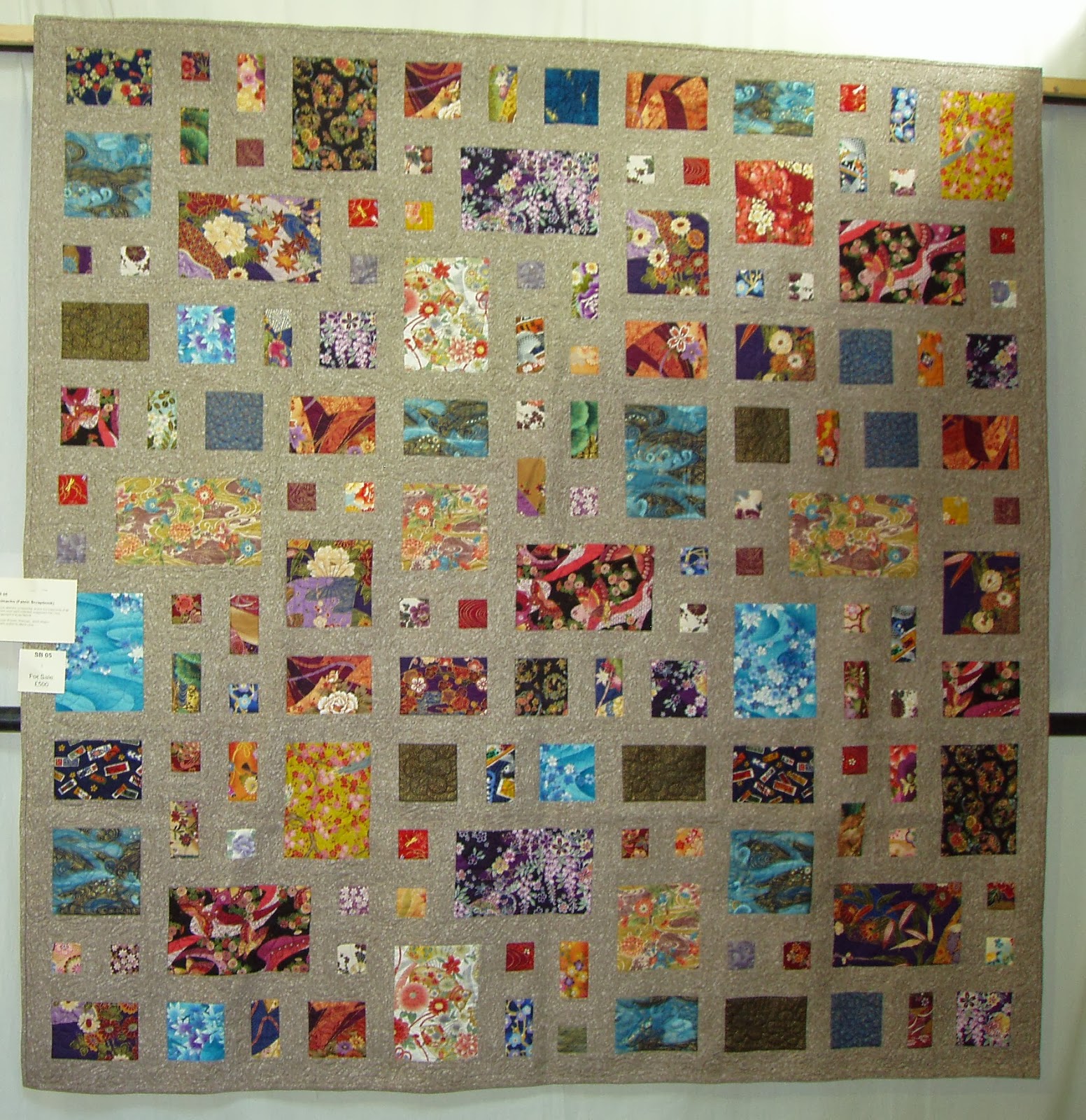 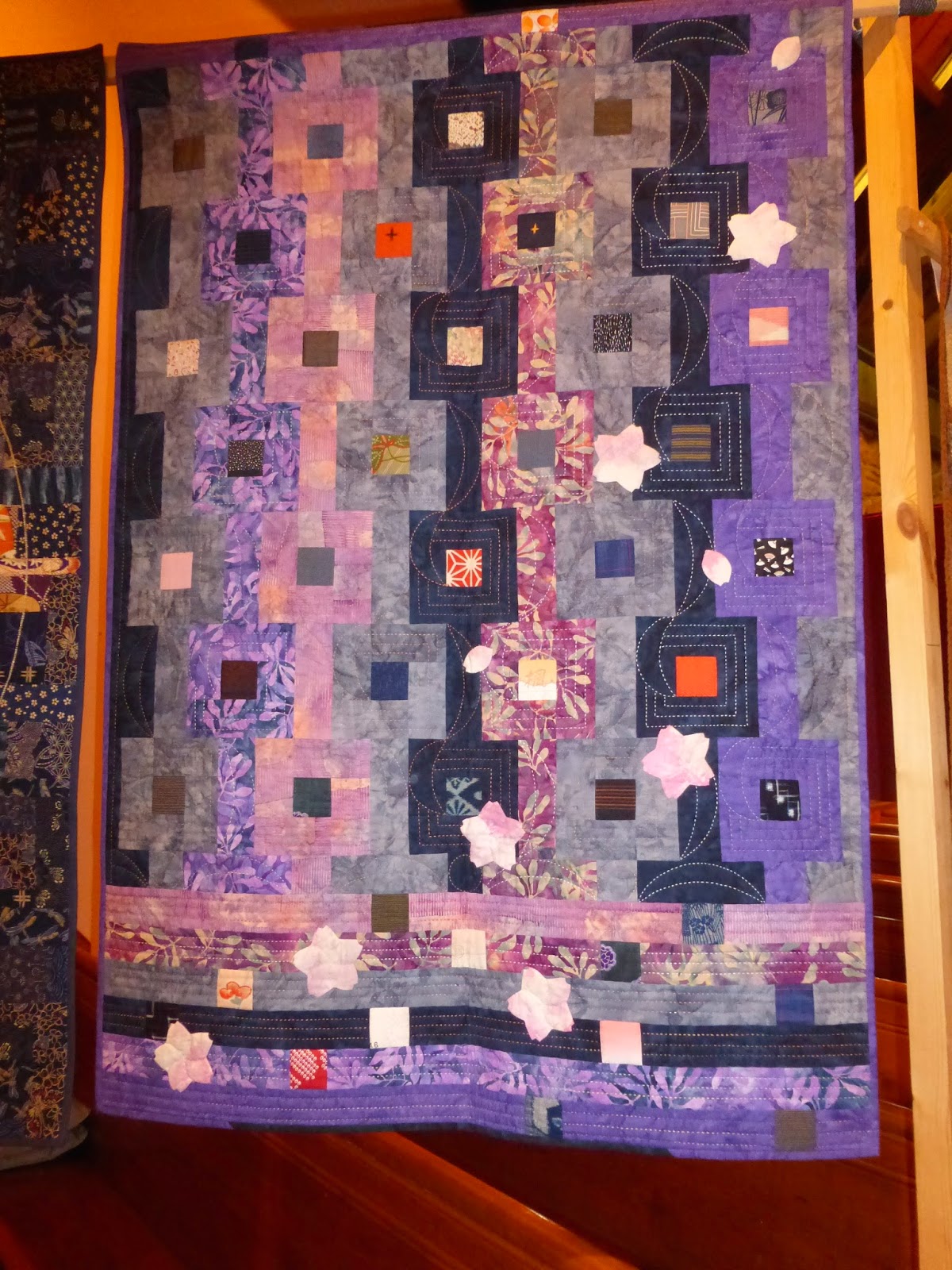 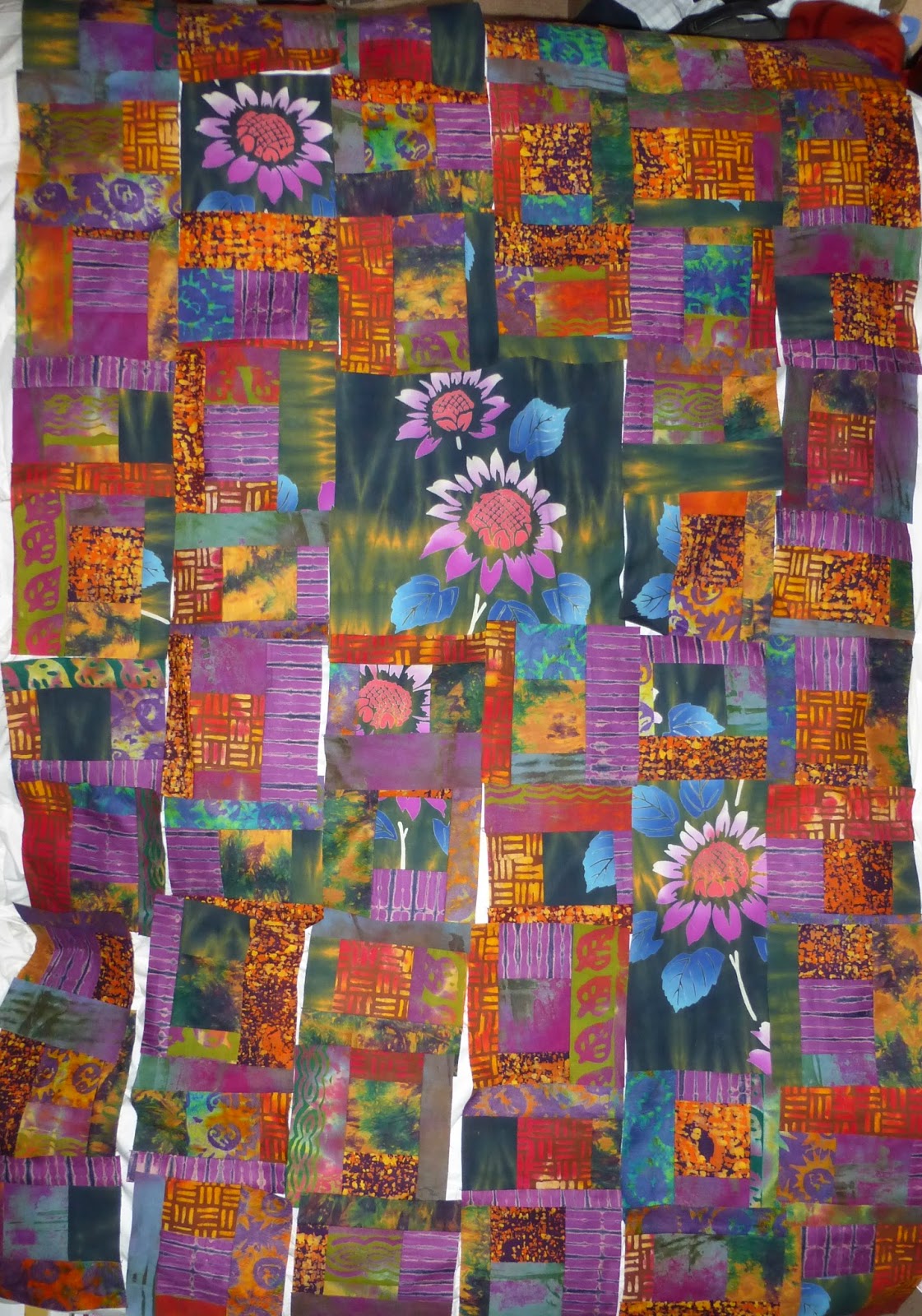 Another random batik version of my Japanese Circles and squares workshop design in progress, c.2005. 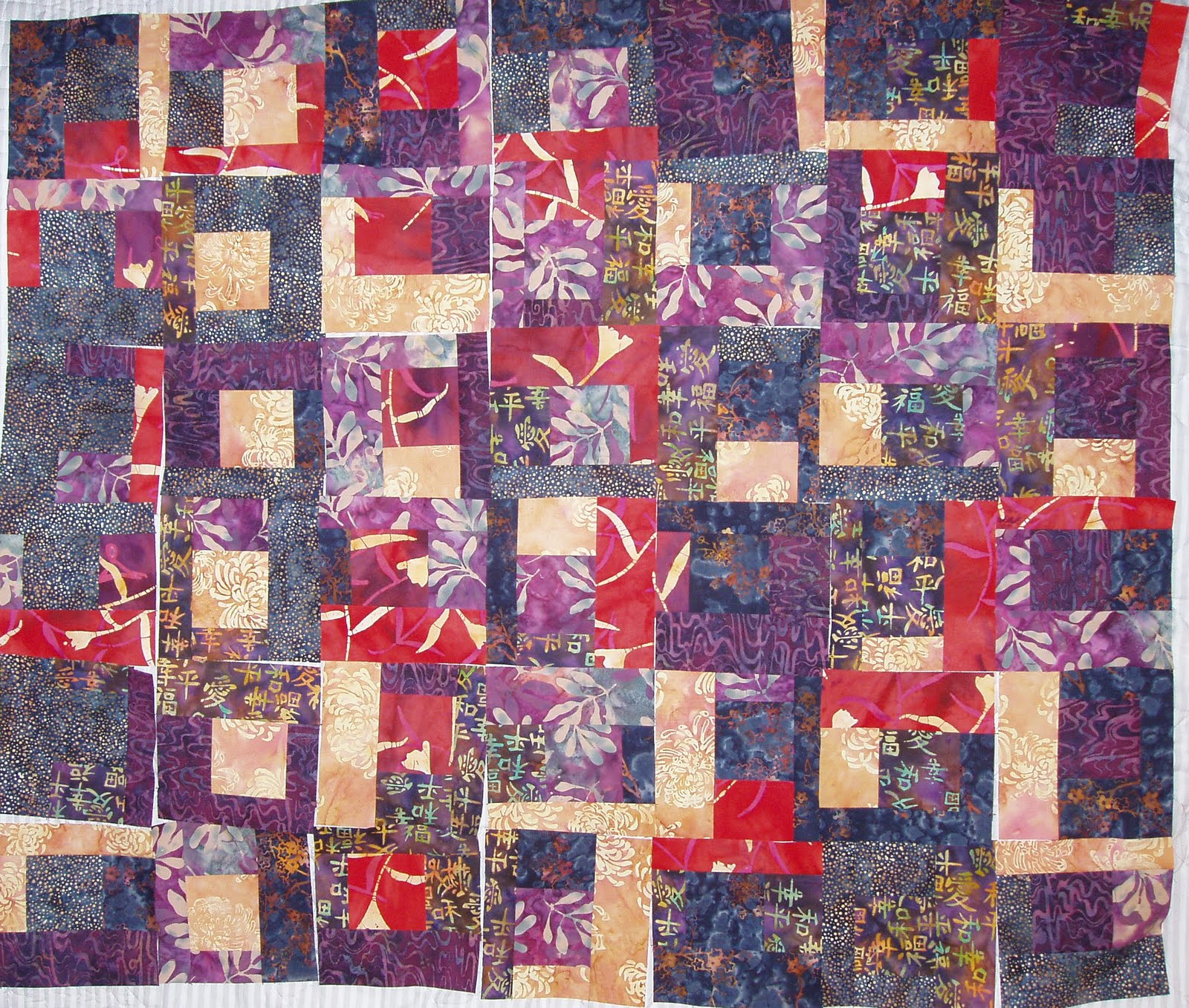 'Nihon e youkoso!' - work in progress.  The Mariners Compass star in the centre has the points split, for rotational symmetry. 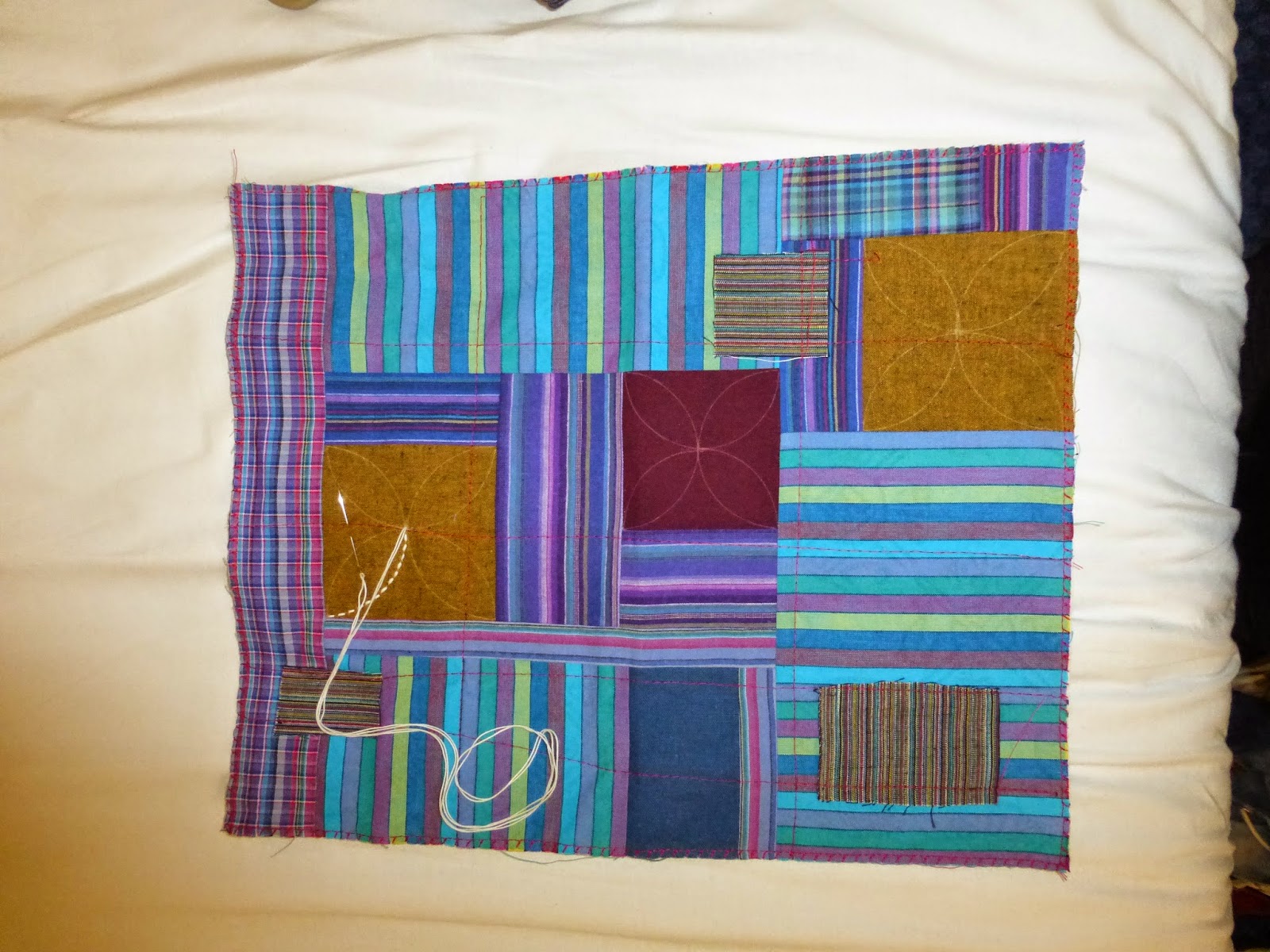 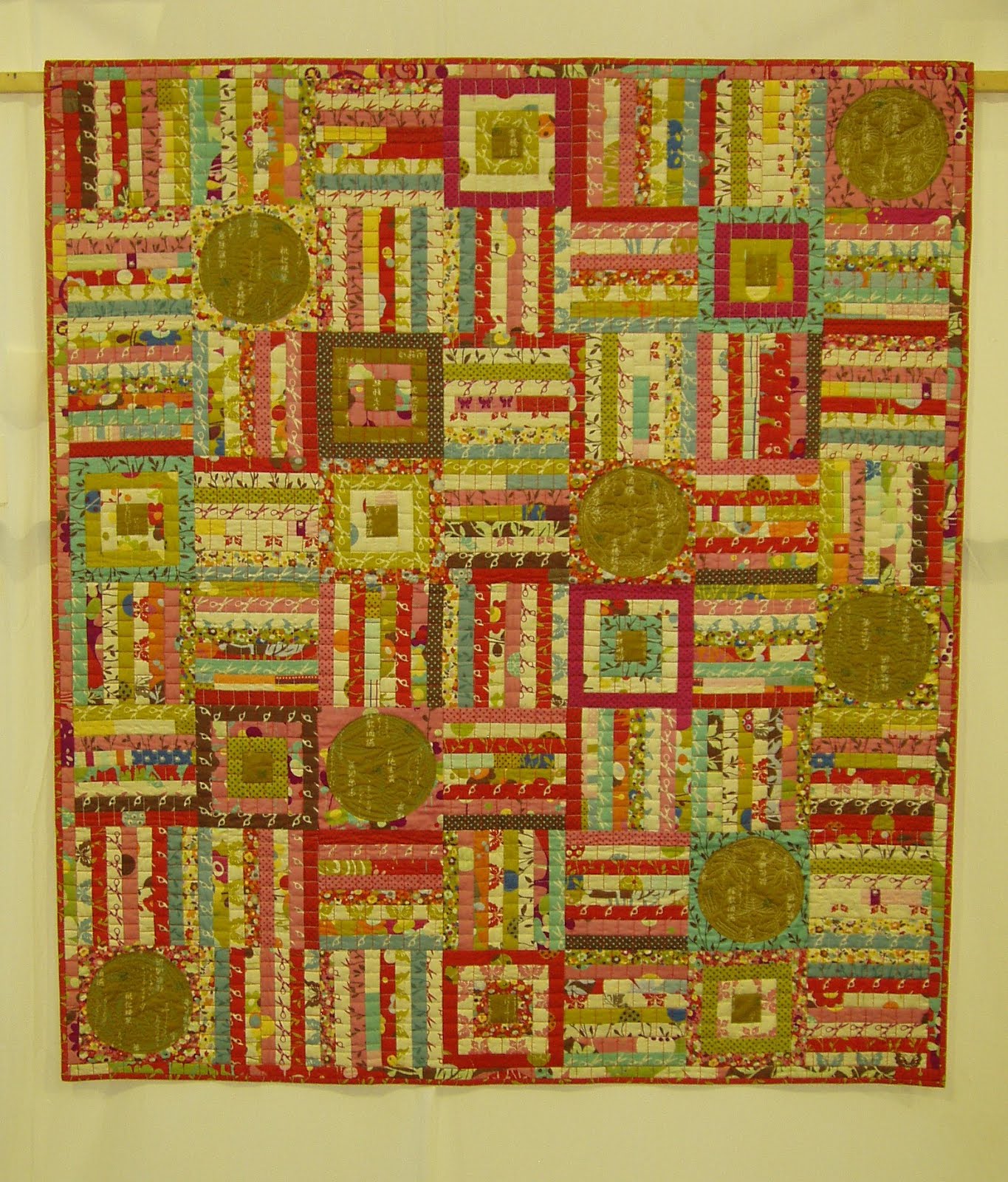 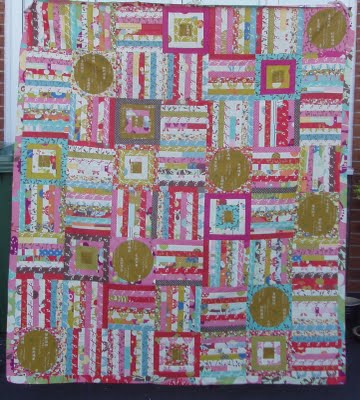 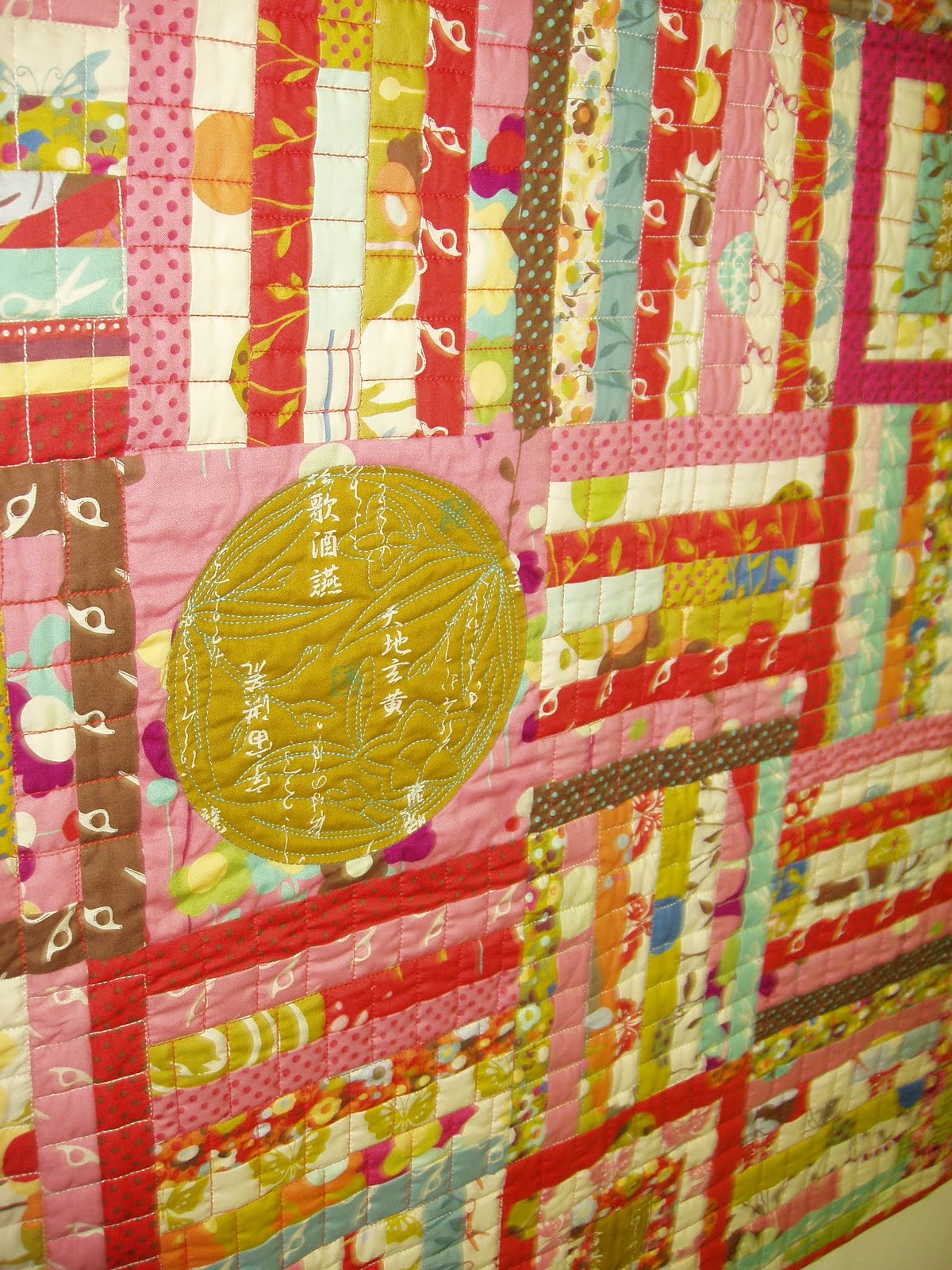 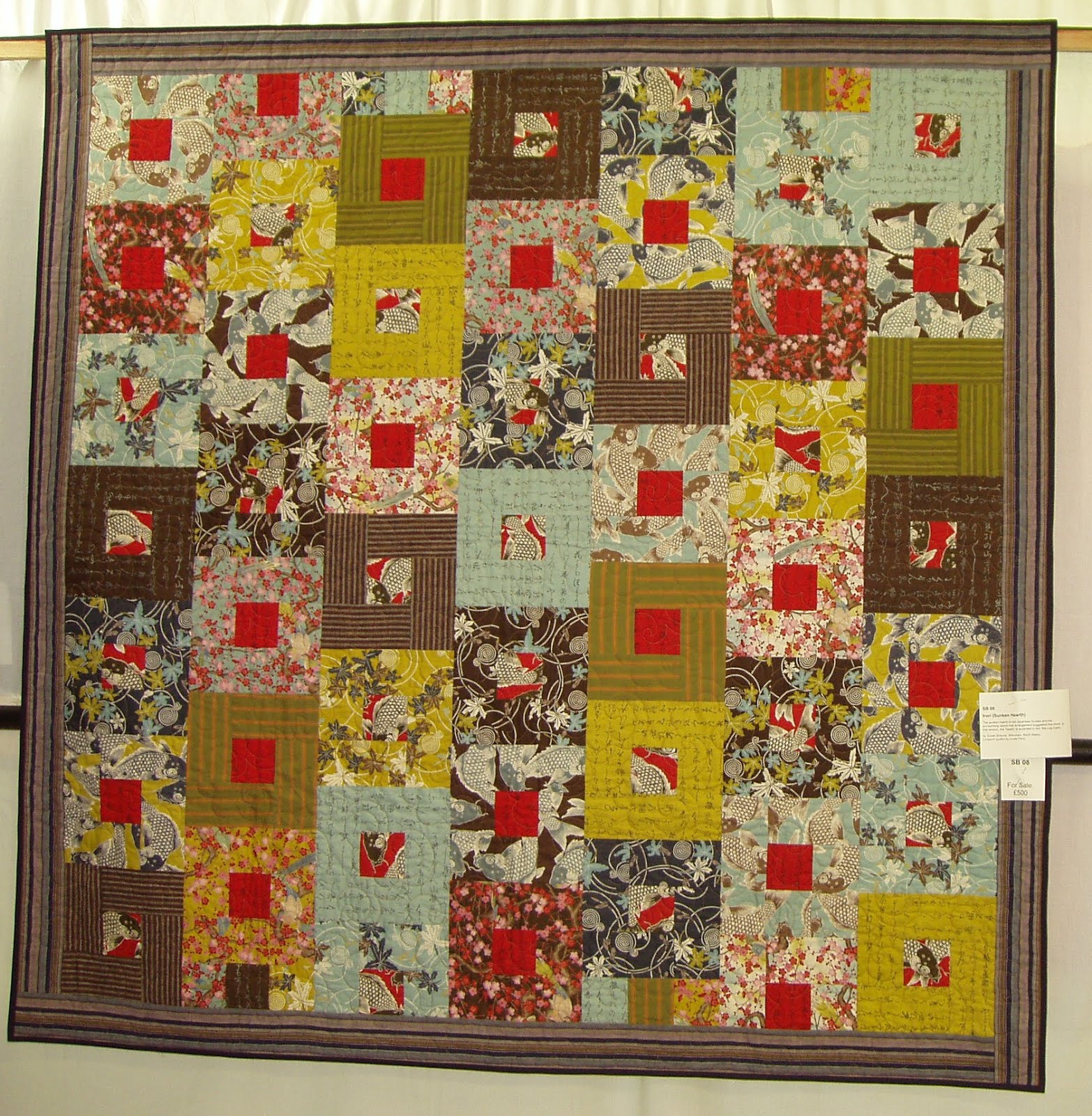 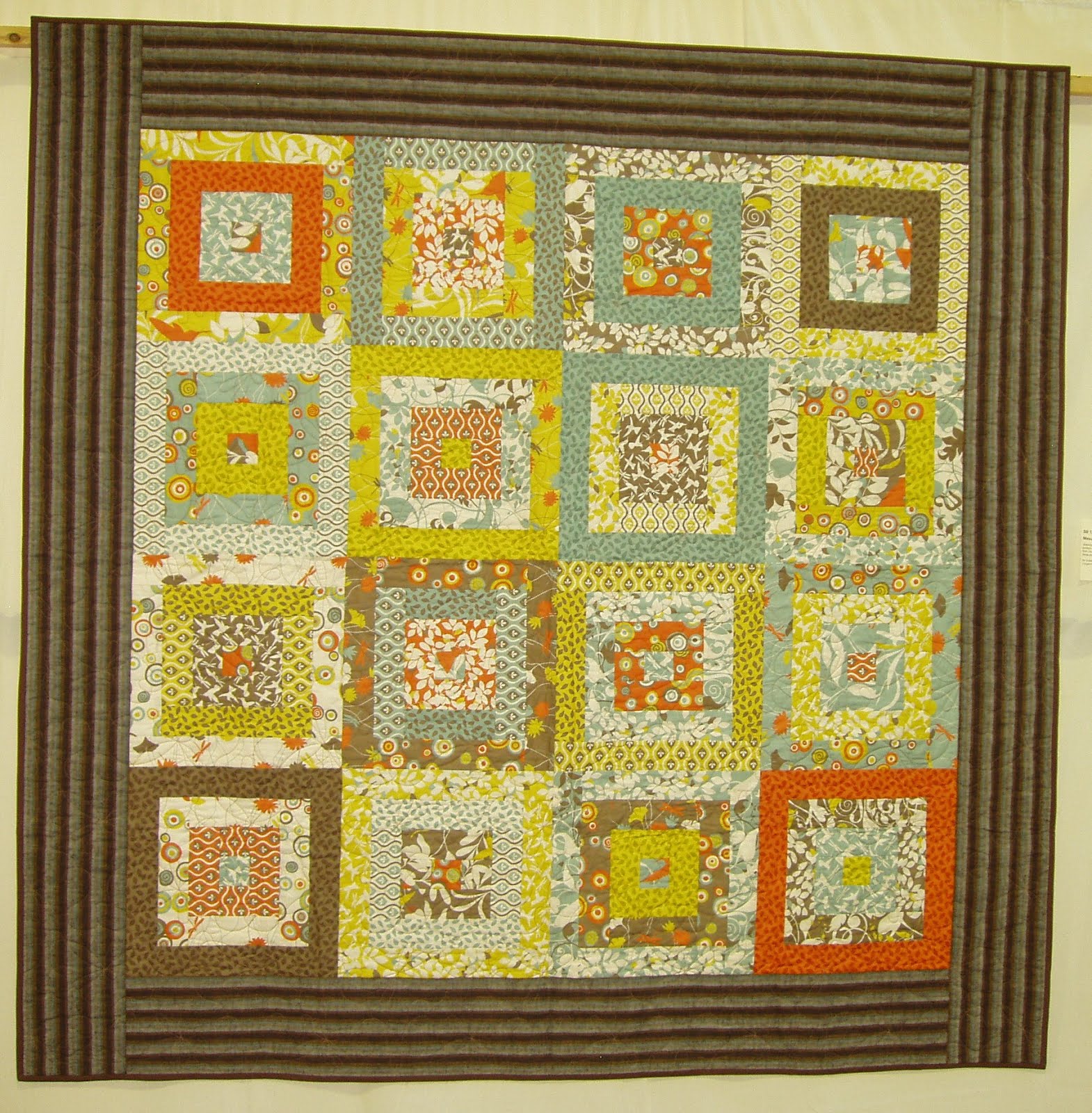 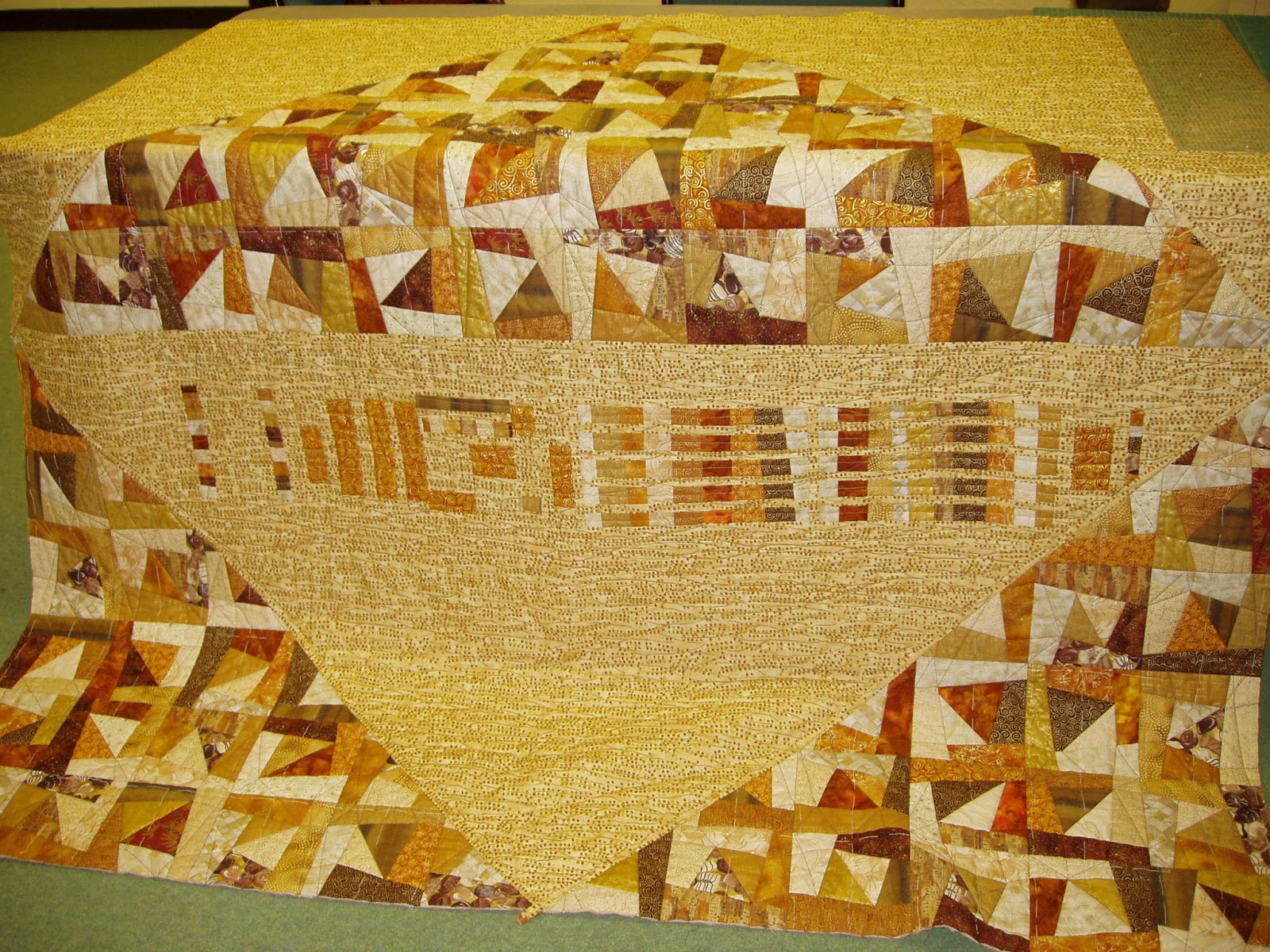 'Ishi' (stone quilt), another variation on the Japanese Circles and squares workshop design, 2012, work in progress. 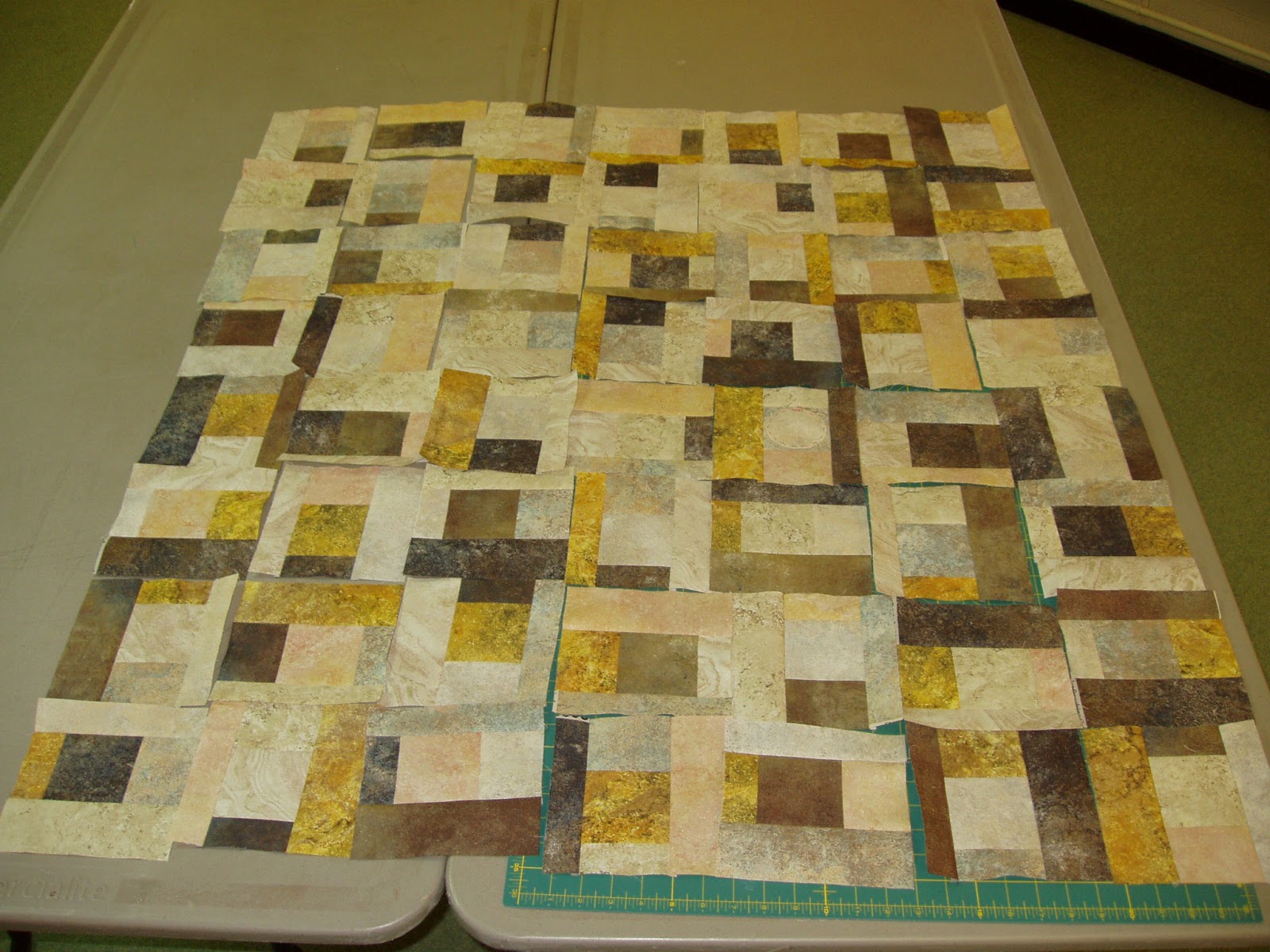 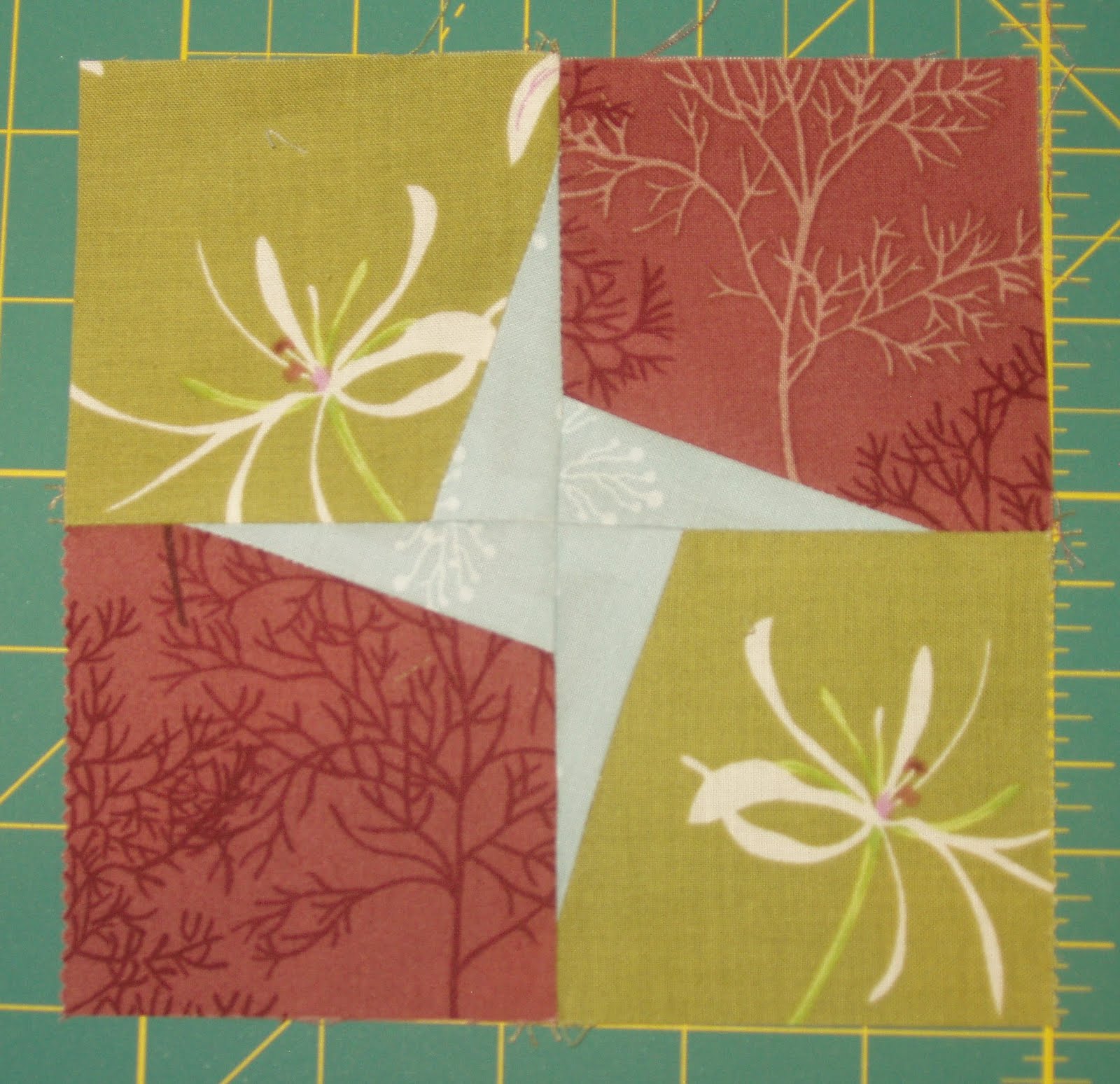 Blocks from '130 Little Quilt Blocks", 2010, first two inspired by retro designs from the fifties.  Block designs from my other books have often been given the 'Modern' fabric treatment by quilters too - here's a Modern sampler quilt from 'Japanese Quilt Blocks to Mix and Match' on Flickr - there's a whole Flickr/Yahoo group about these - here's another version of my blocks in Modern fabrics. 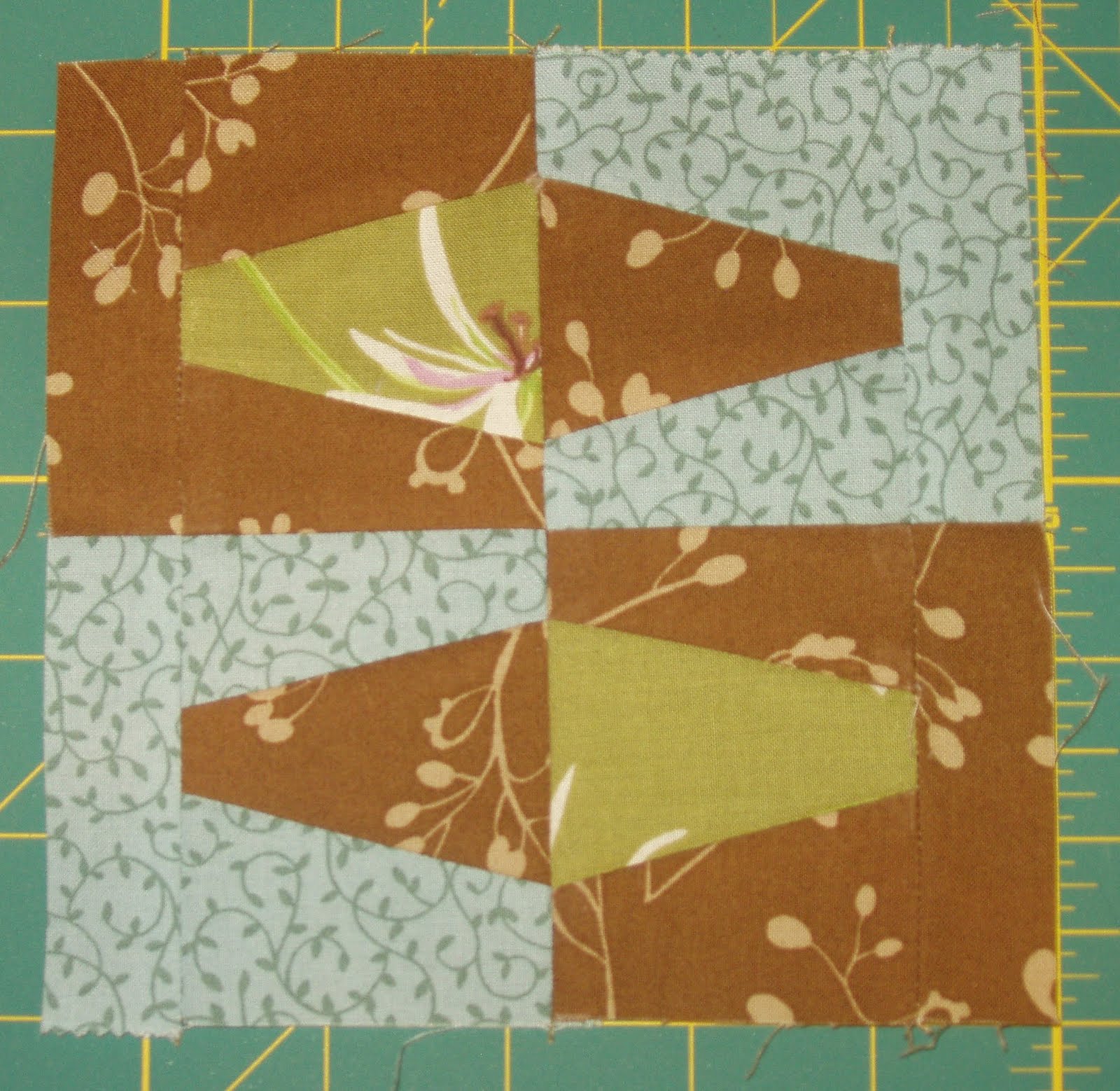 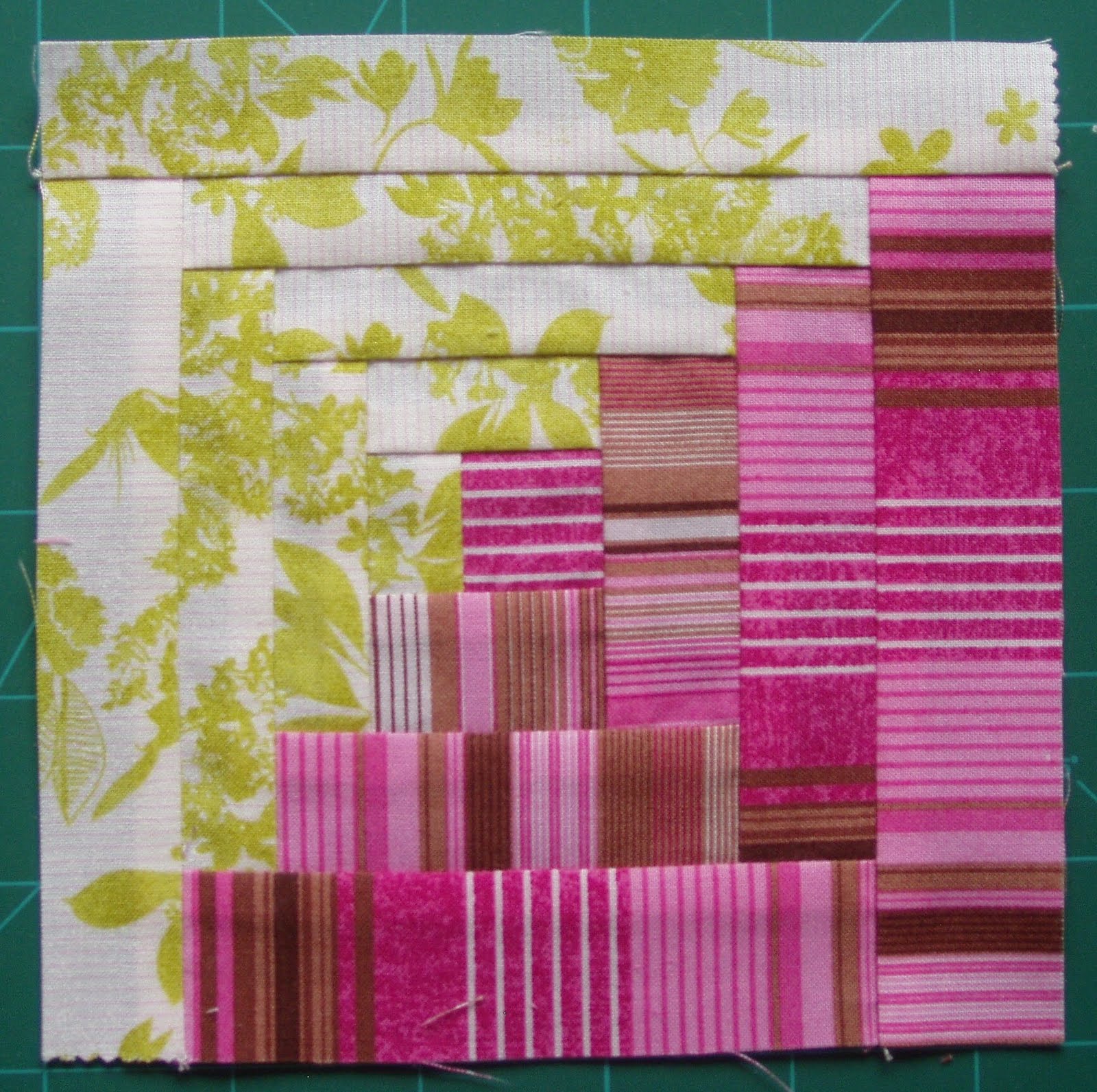 And, until Val just mentioned it on the QGBI Yahoo! group, I'd almost forgotten to include 'Pink Paradise Birdsong' from 2005! Here's a link to my earlier post about it... Although it is inspired by 1950s designs, I think it might be too pictorial for a 'Modern Quilt'. 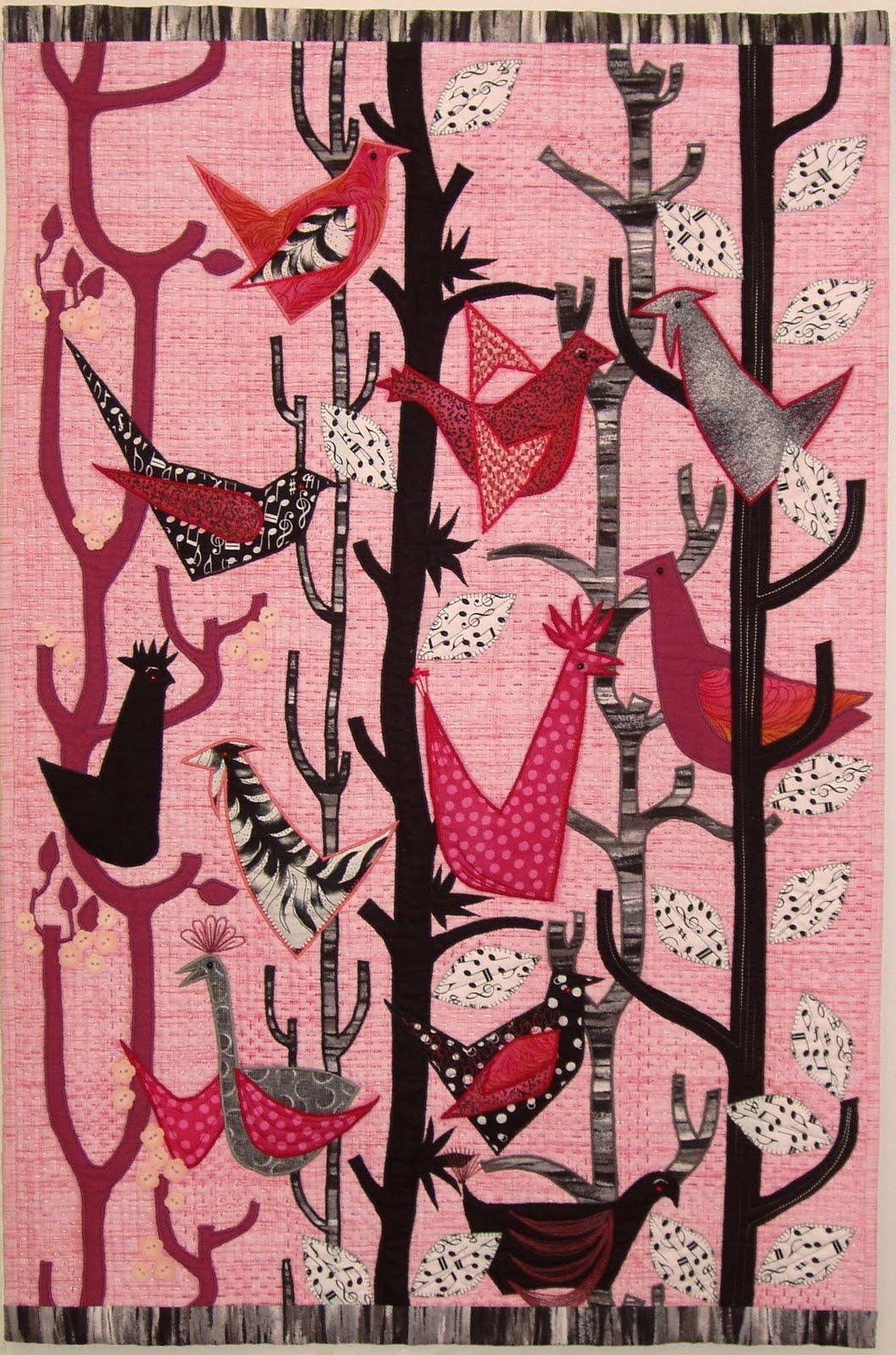 I love many 'Modern Quilt' pieces, but I don't go for the large areas of white in many quilts - it just isn't practical enough for me.  So, am I a 'Modern Quilter' or not?
Posted by Susan Briscoe at 11:17

Susan, I think you are.
That is what I particularly like about your quilts!

I think modern quilters take themselves WAY to seriously. So just call yourself a modern quilter and be done with it. I doubt they will comment.

One thing I do know is that these quilts are very handsome and beyond my way of doing quilts. Thanks for all the pictures.

Everyone who started quilting in the 70's or later didn't like white. I think it was a reaction to the quilts from 30's & 40's. One generation to another. Now white seems new and fresh.

However, to be modern is not to use white. Anyone that makes quilts move forward (out of the 19th century) is a modern quilter. This is a time of moving forward in quilting. To keep this art viable into the future, we need to experiment and try new things. I think you are a modern quilter.

Bonnie, the point about white is very interesting - and one I hadn't thought about. There is a LOT of white in quilts made in the thirties and forties, so staying away from white as a reaction seems very likely.

I'm not really into labelling people's quilt styles, because I think it is perfectly possible for one quilter to enjoy working in different styles without it having to be a linear progression, but I was just curious about the 'Modern' label...