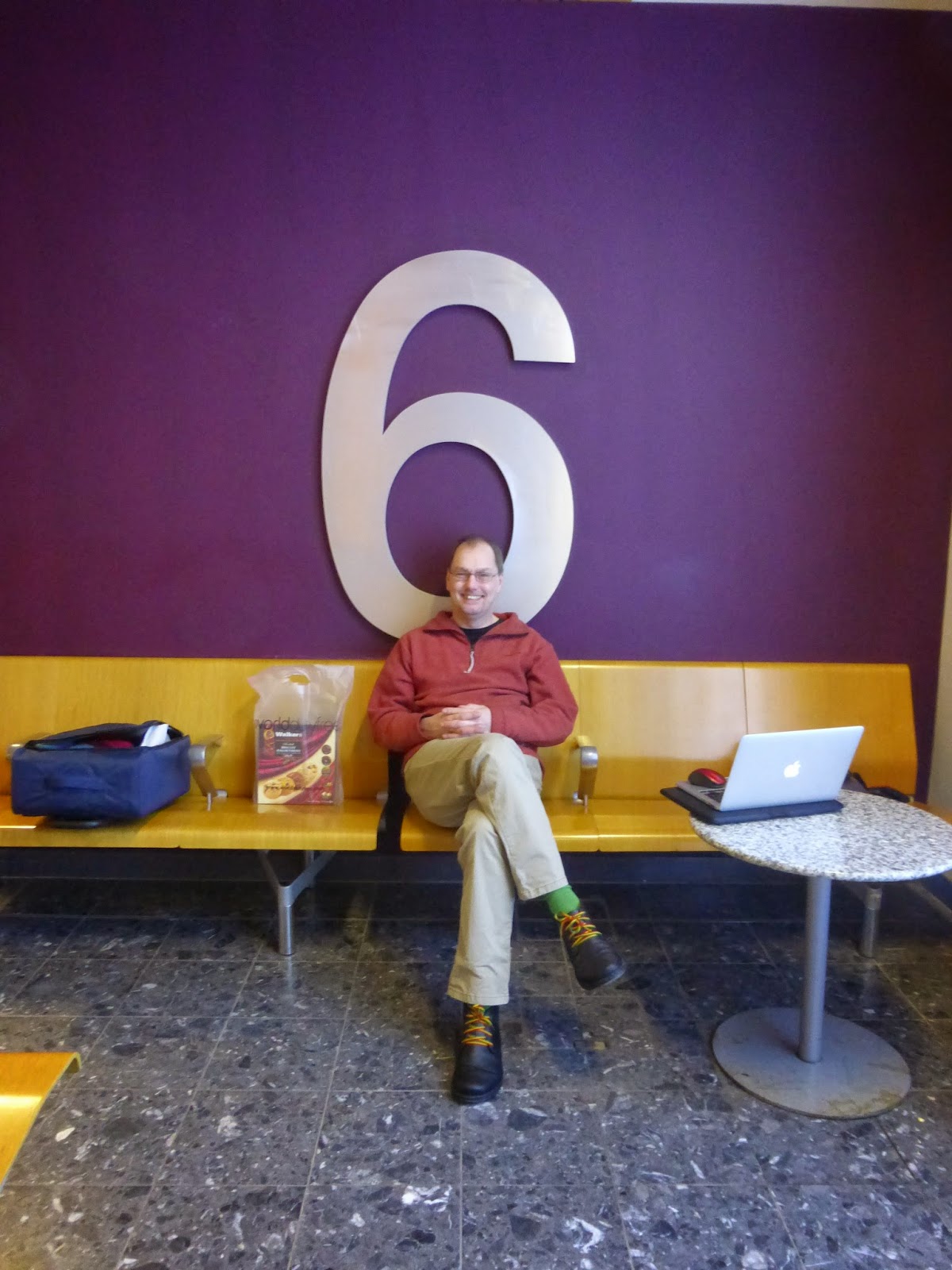 We had good flights yesterday and earlier today - had to do a quick doublecheck on what day I'm having as I wrote that! 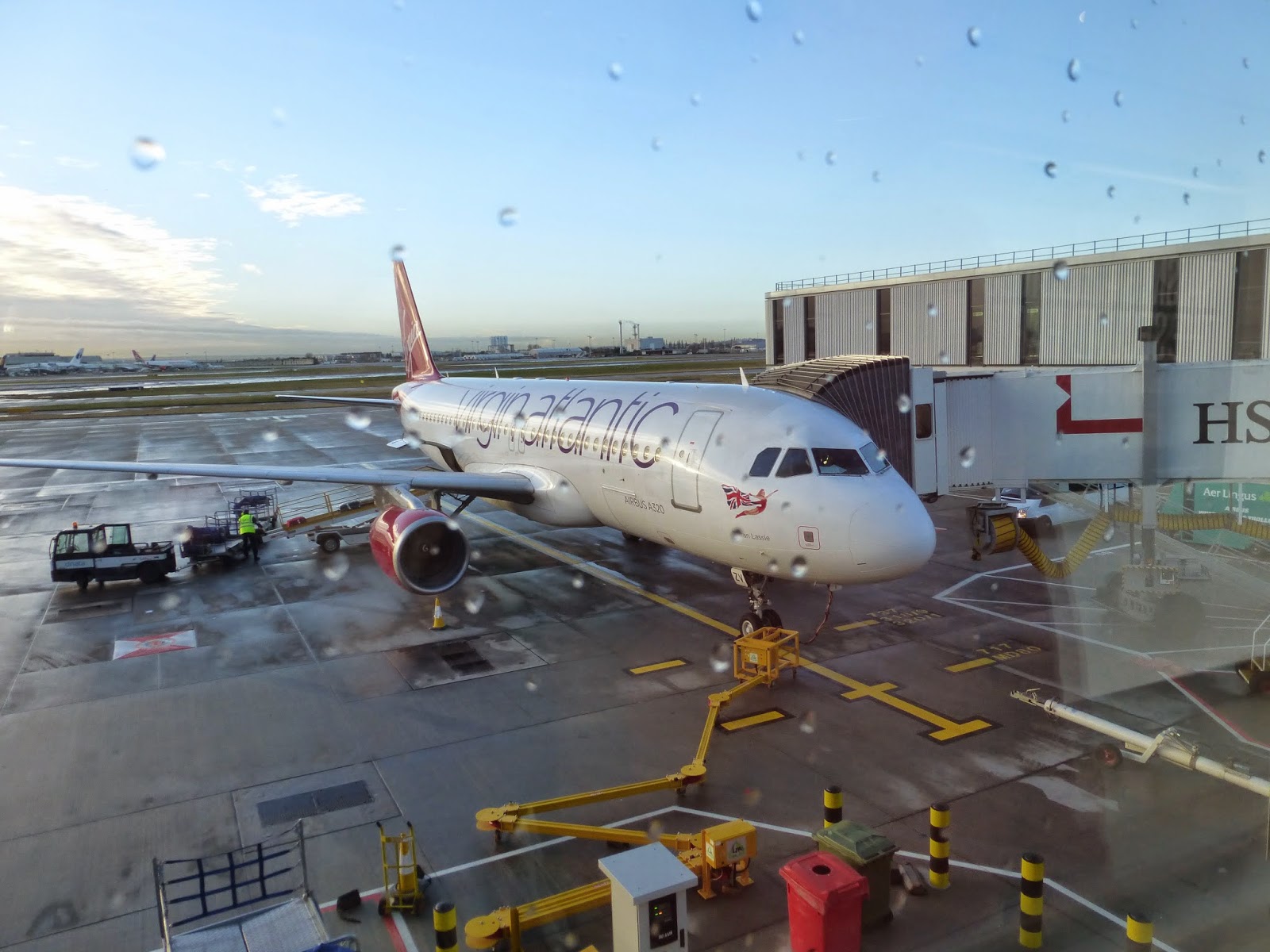 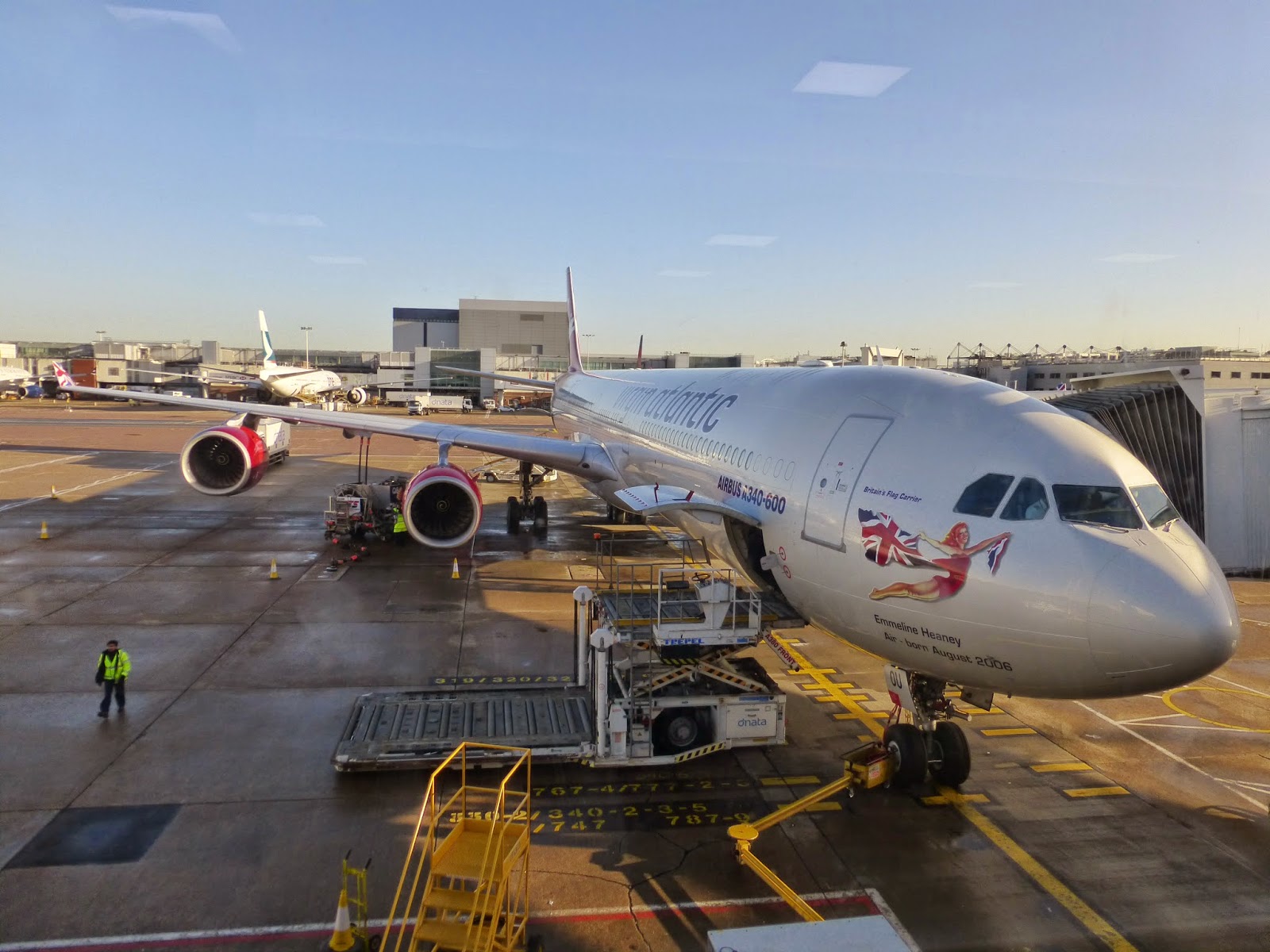 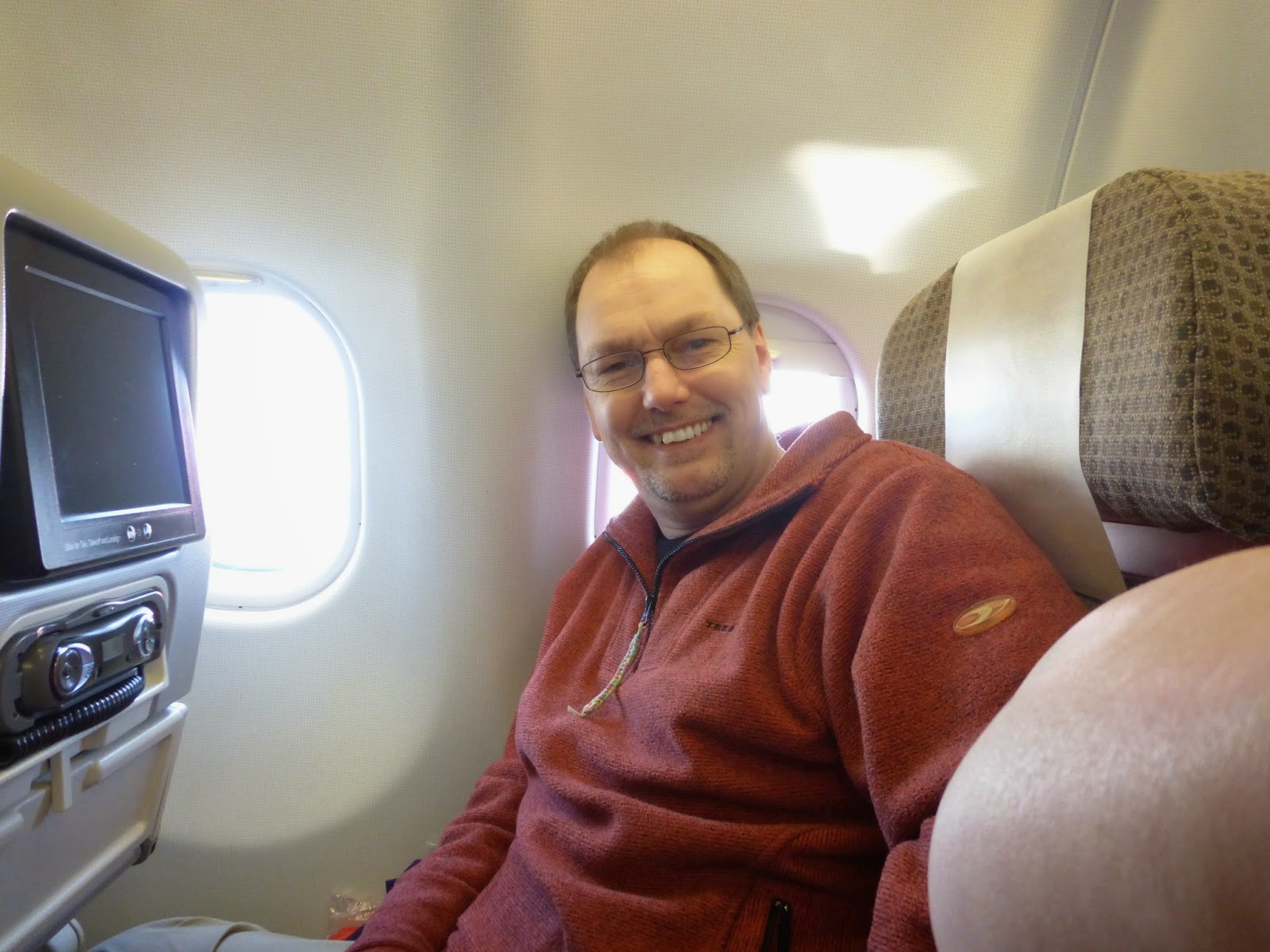 There were some spectacular skies during the earlier part of the flight, up over Sweden and heading for way above the Arctic Circle. 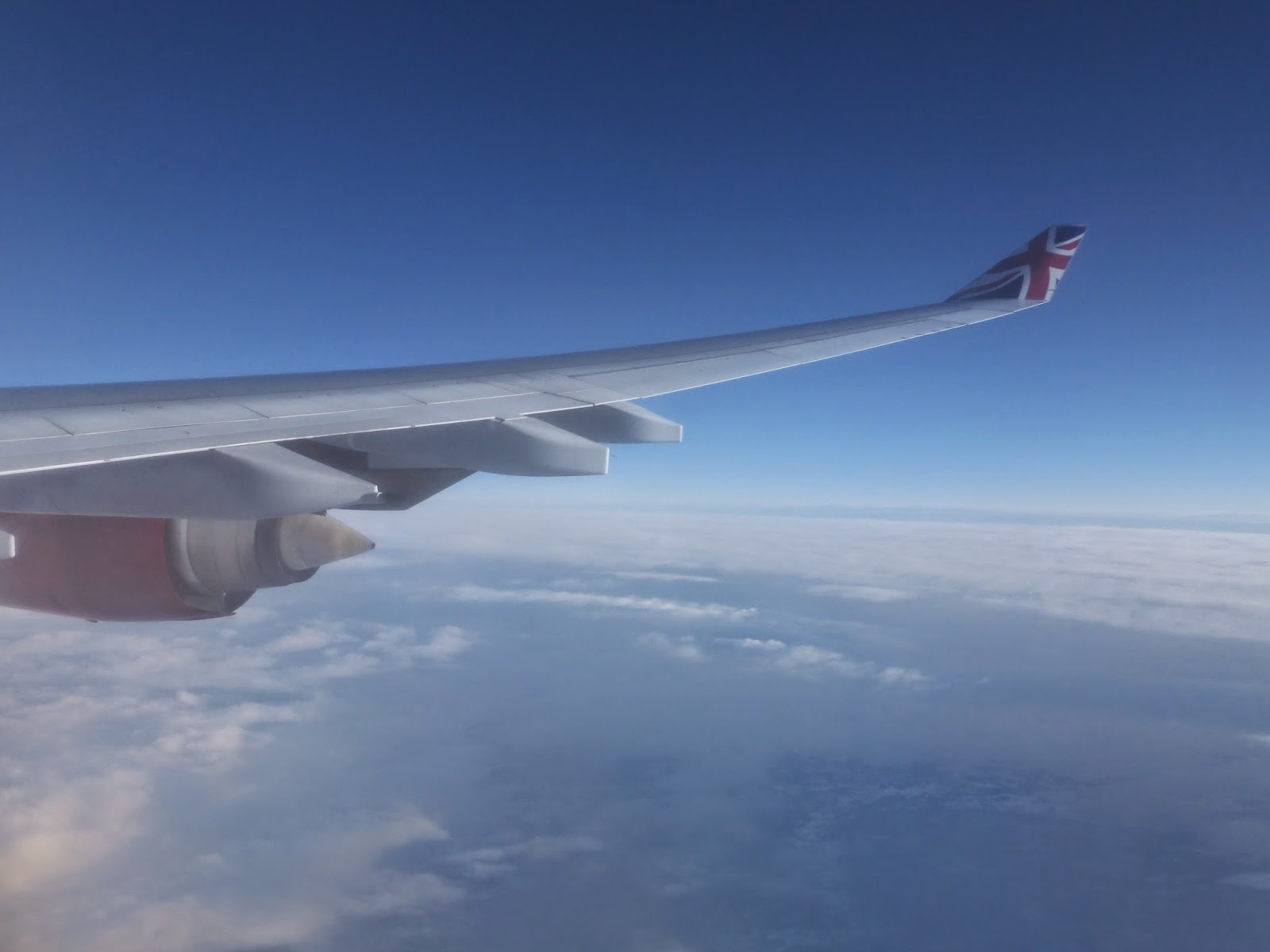 We saw the Northern Lights for the first time, at over 36,000 feet.  Very hard to photograph.  The 'star' is the flashing light on the end of the plane's wing.  I got quite a lot of photos but now need to do some serious editing to bring out the colours.  In real life, the aurora was less green and more like a greenish white fog, but with strange patterns. 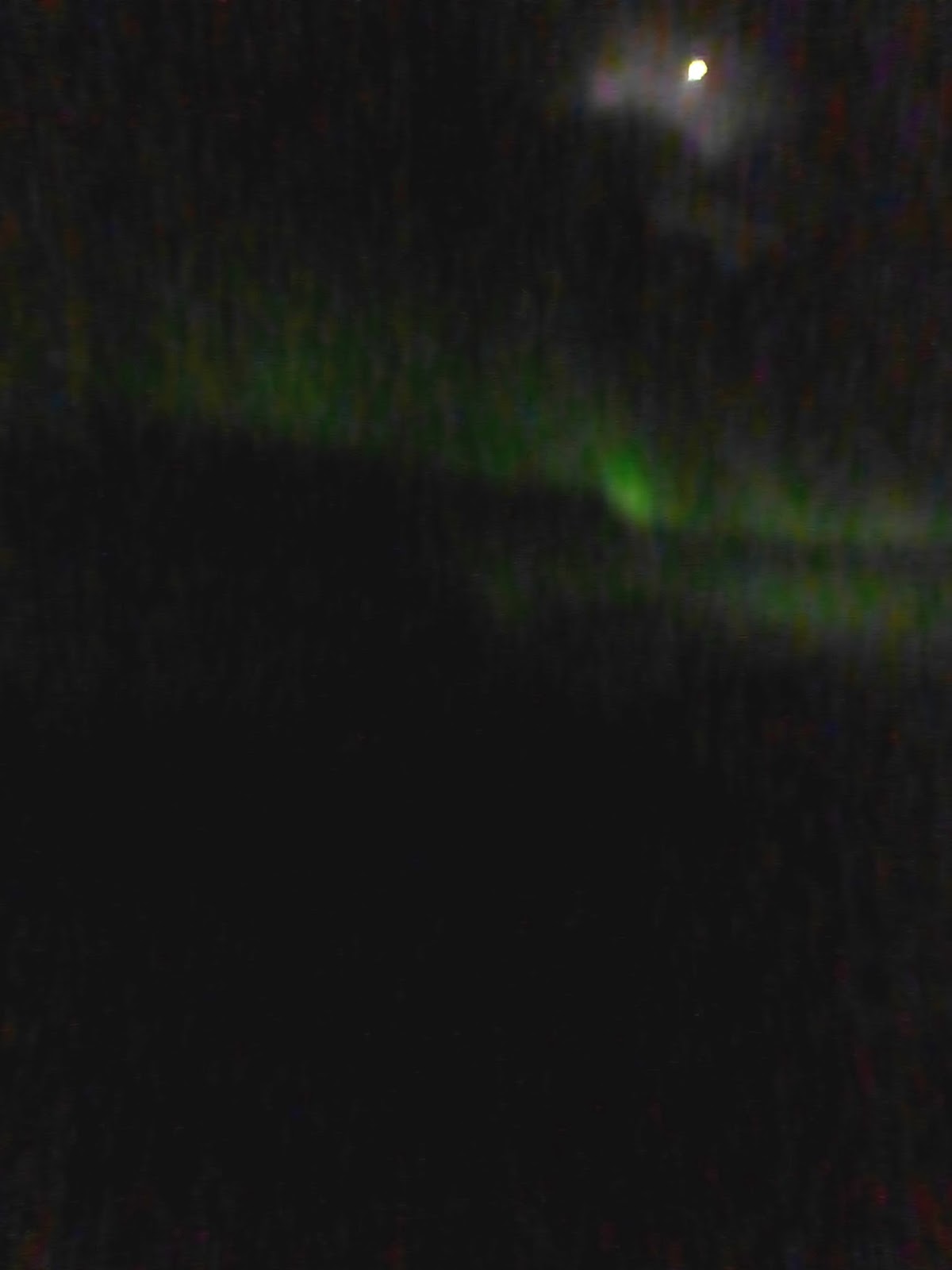 From the in-flight tracking system. 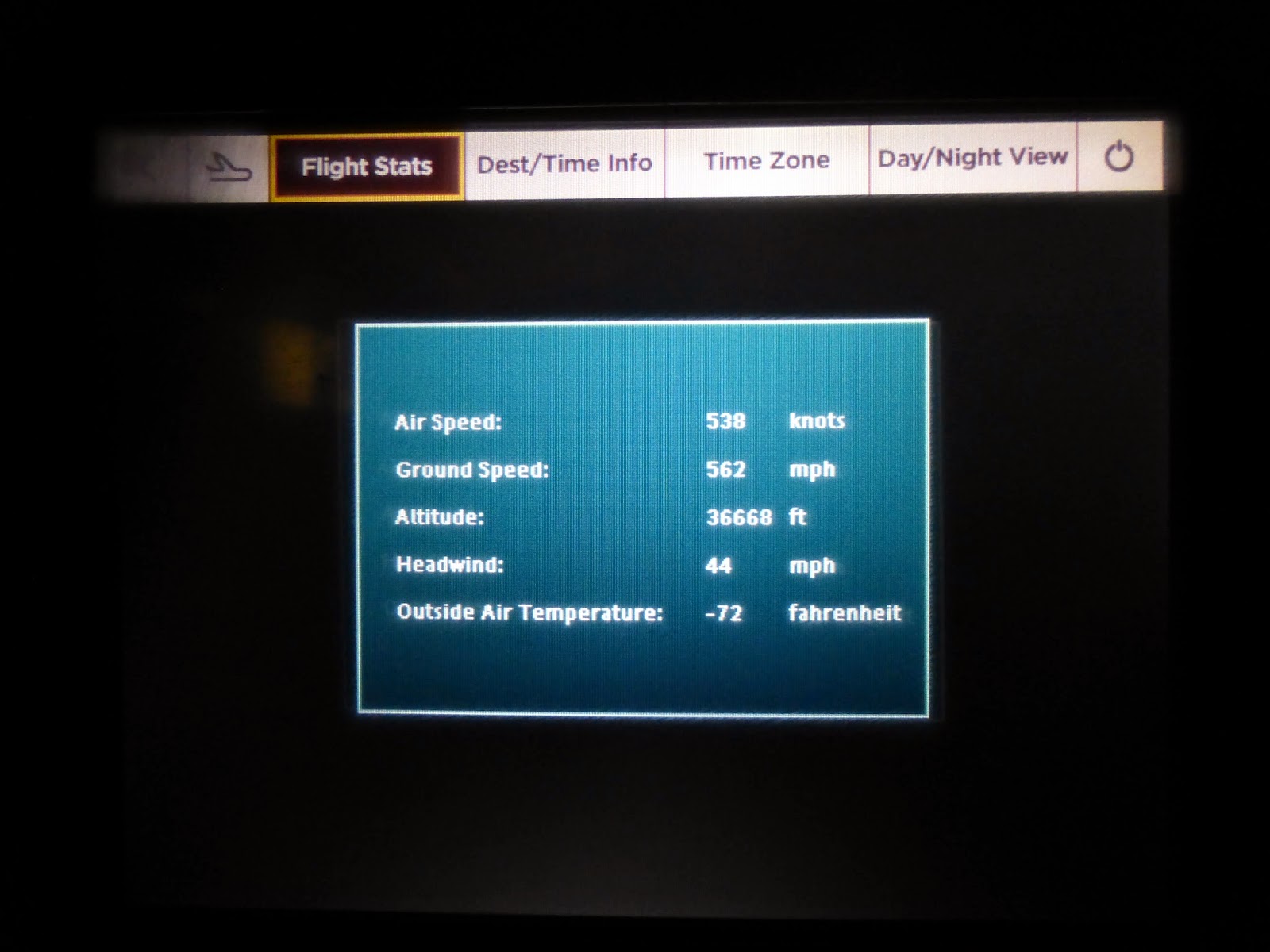 The route taken was much further North than the KLM flights.   This is approximately where we saw the aurora. 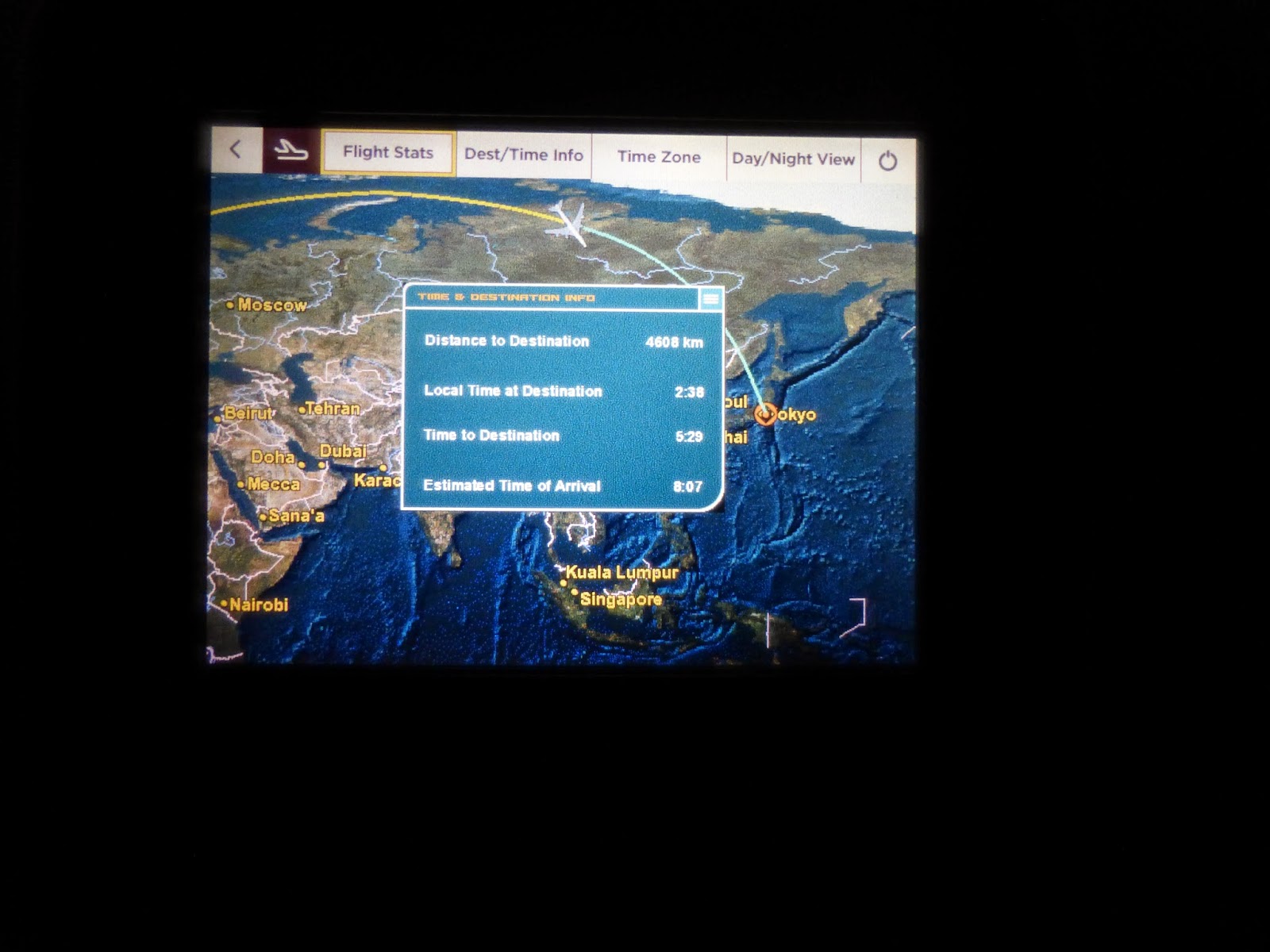 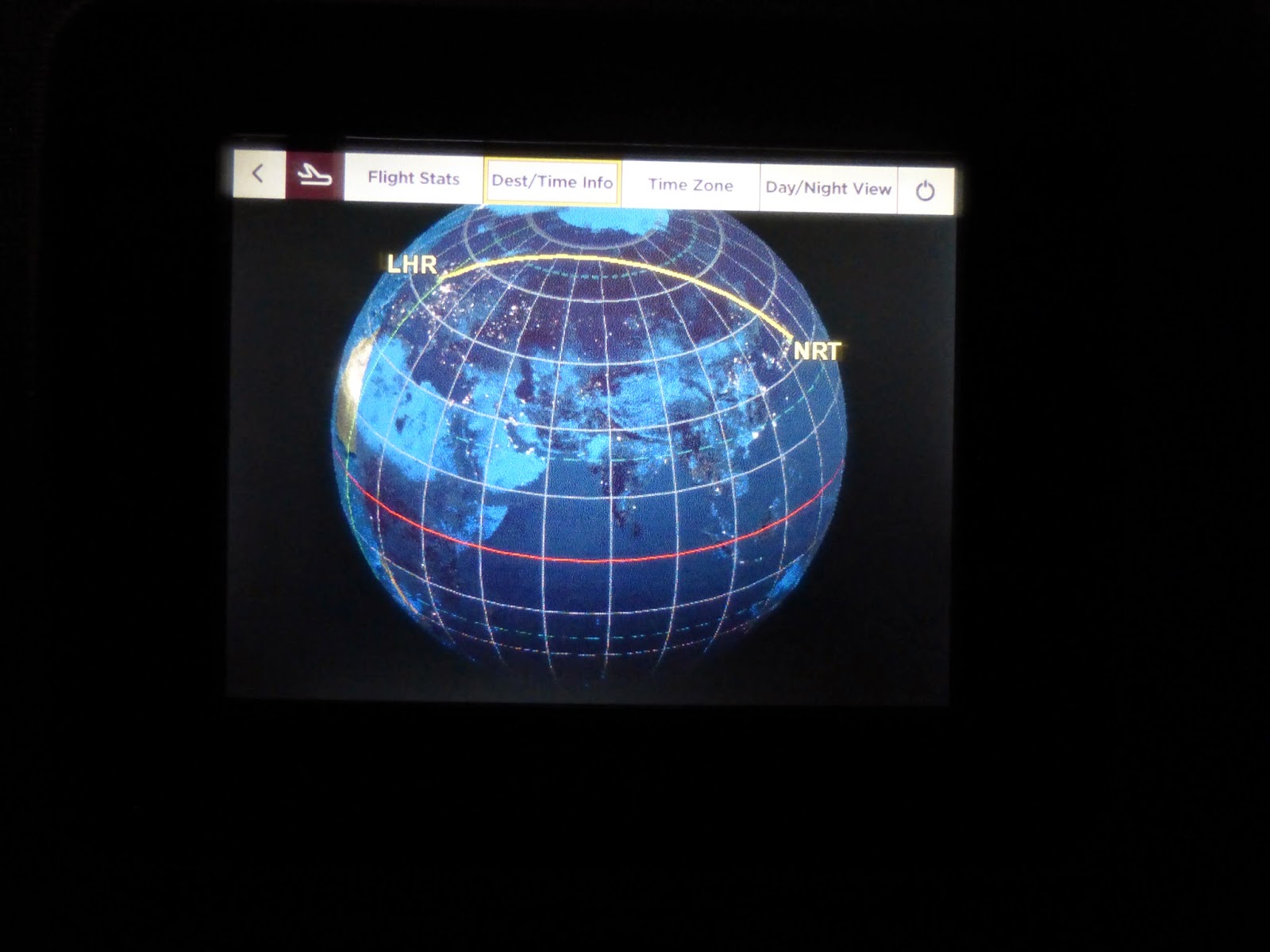 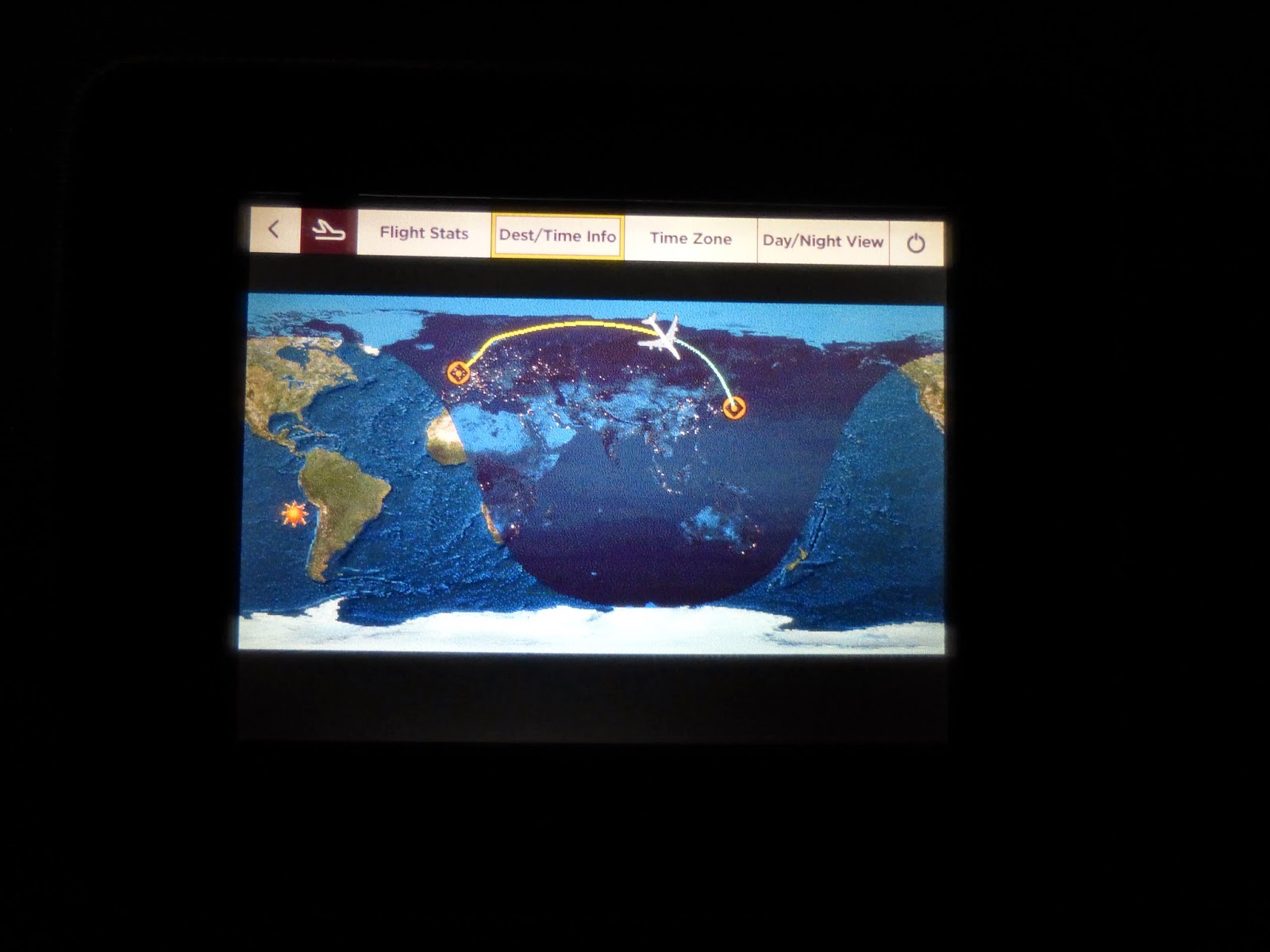 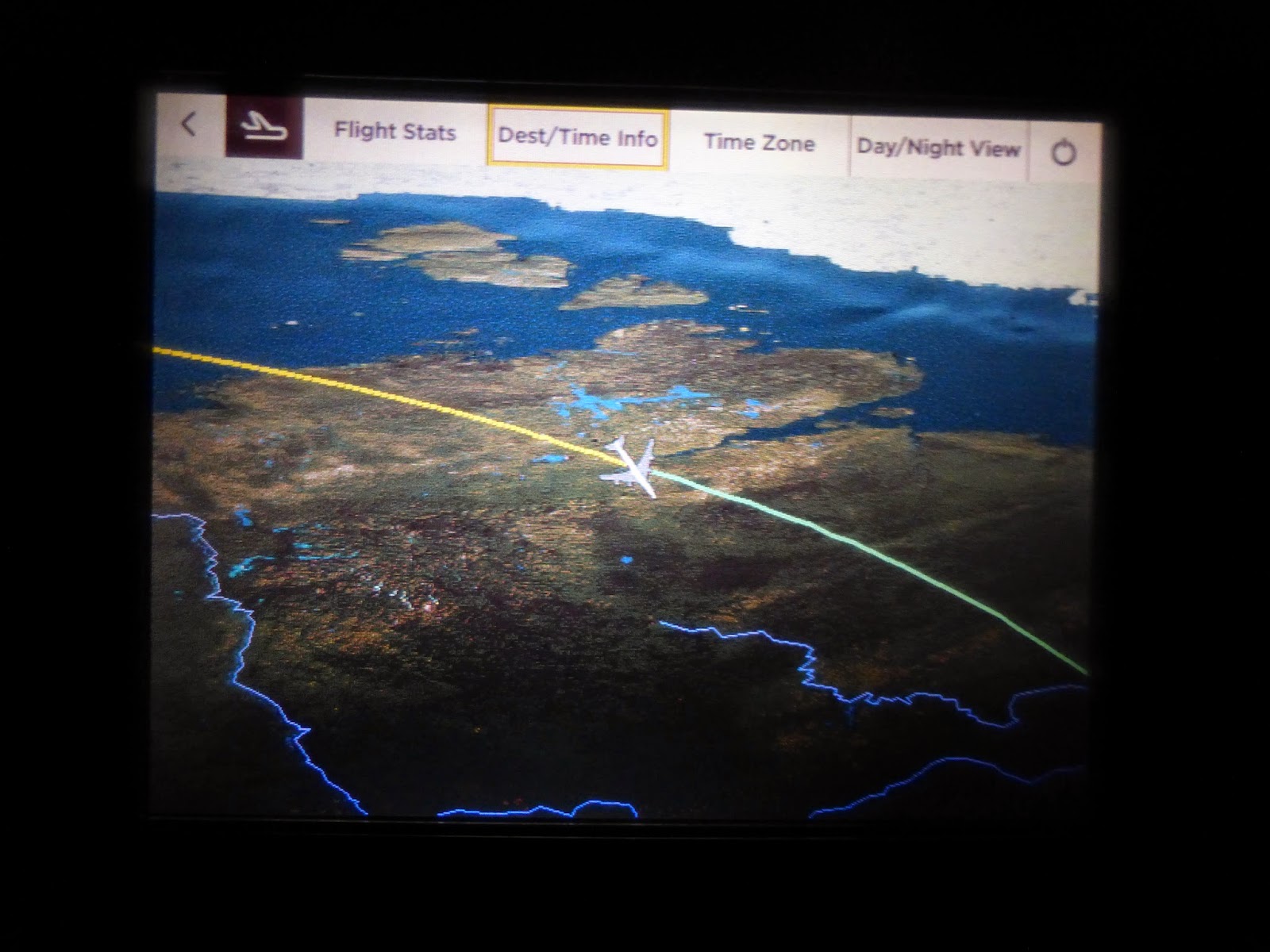 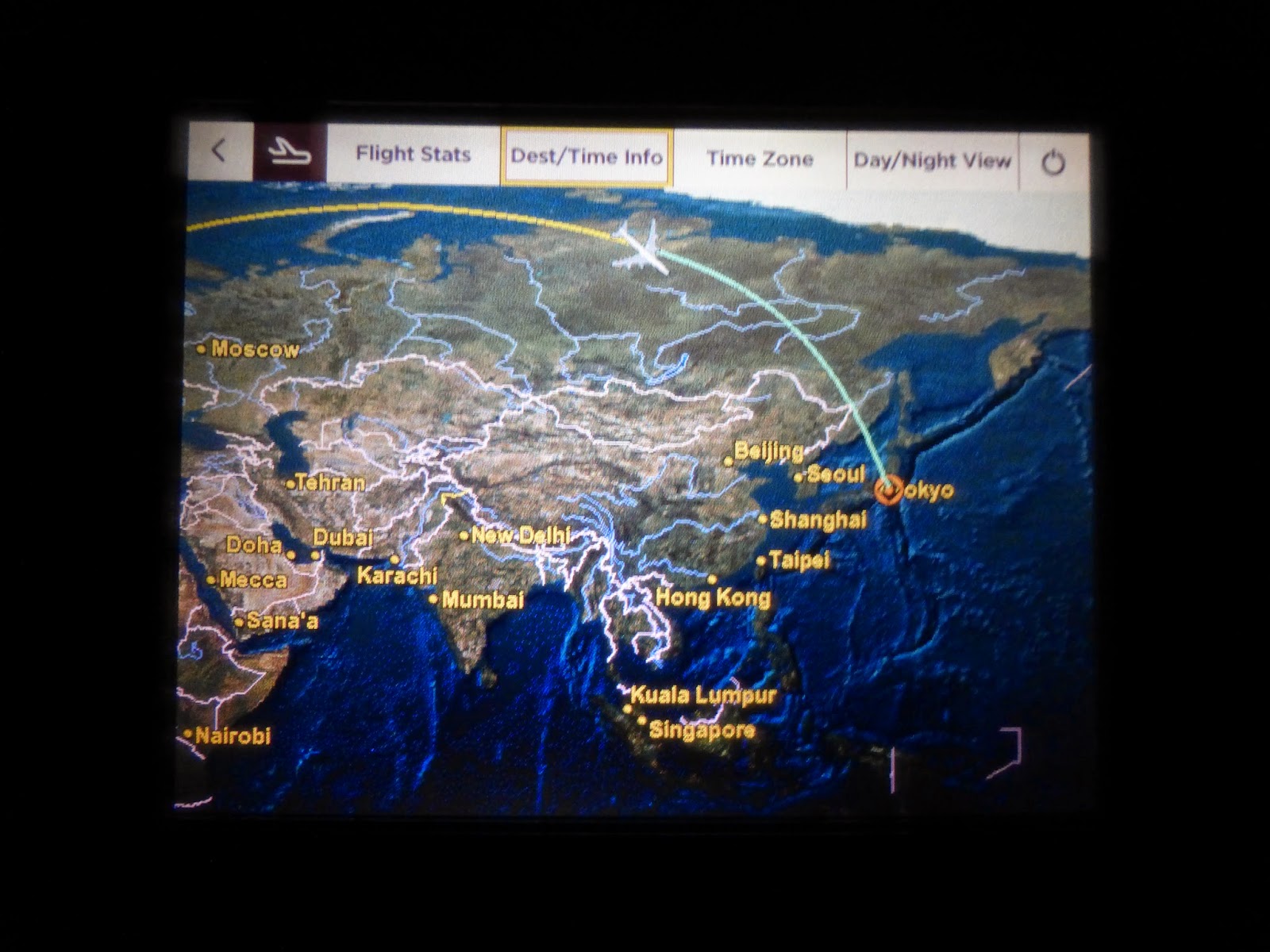 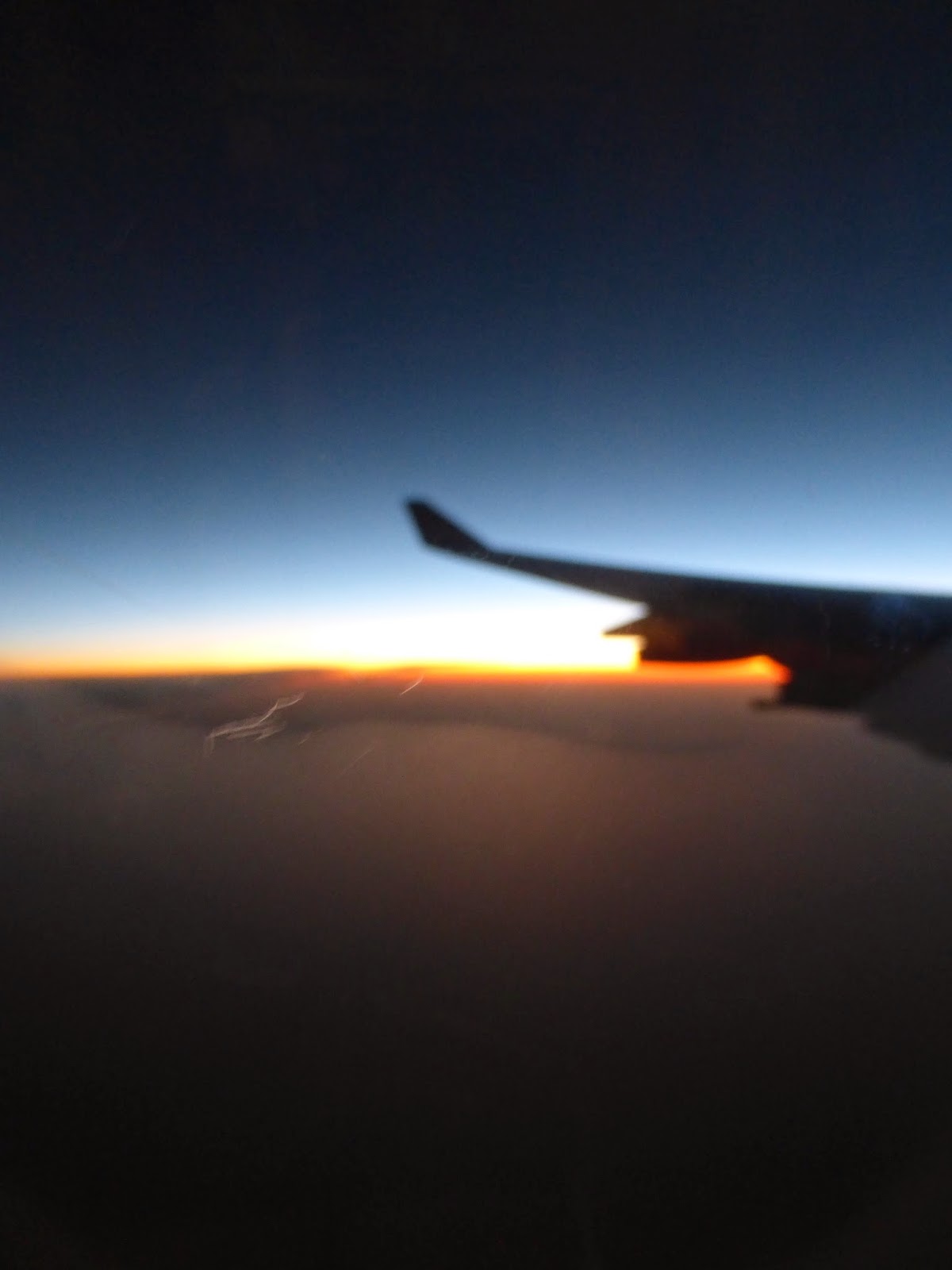 We managed to see Mount Chokai from the plane, far away in the distance as we crossed the Japanese coast somewhere above Niigata.  To see it, click on the photo to enlarge and look just below the back of the upper engine. 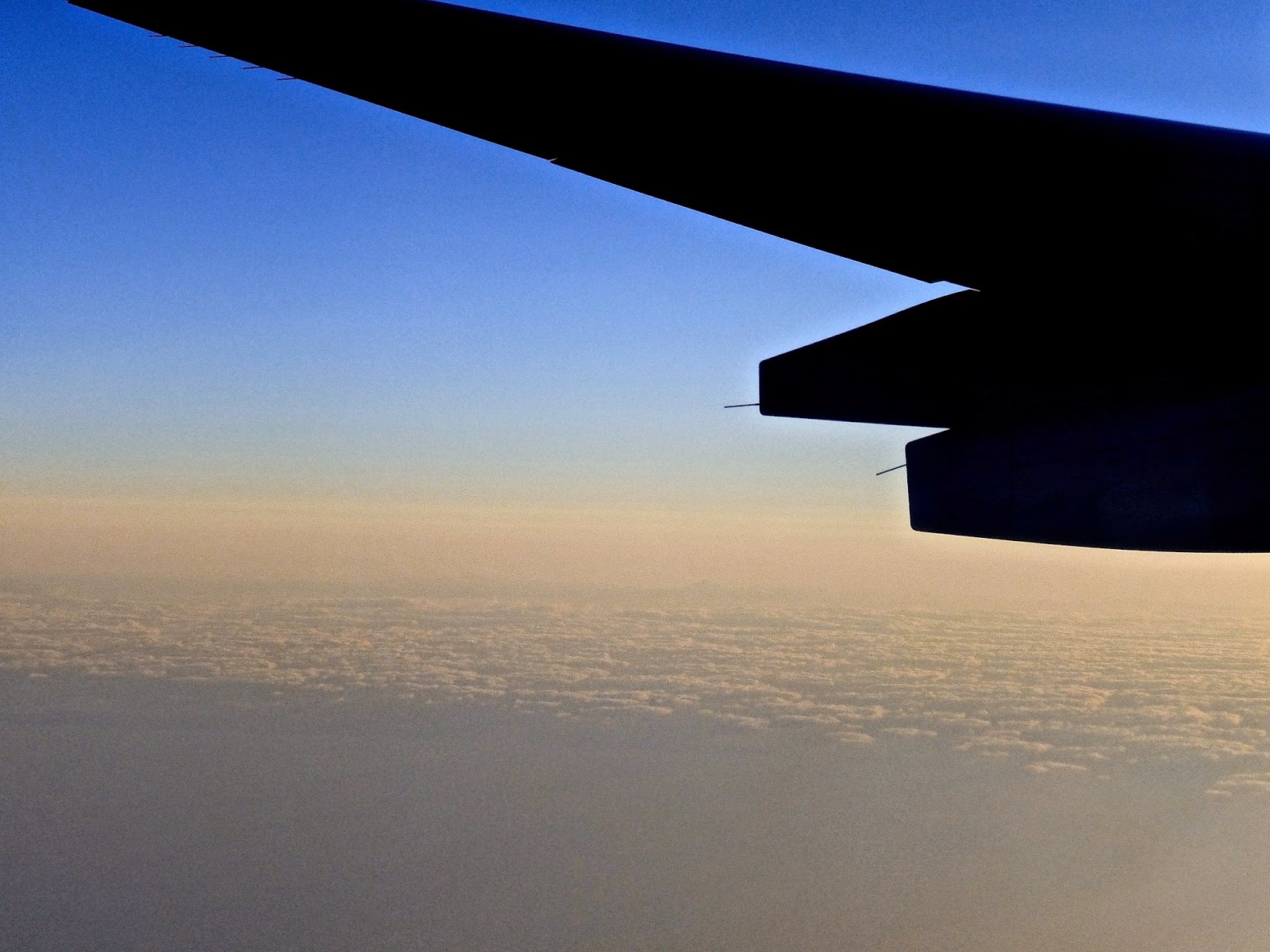 We also saw Mt Fuji - again, look at the back of the engine.  Very far in the distance. 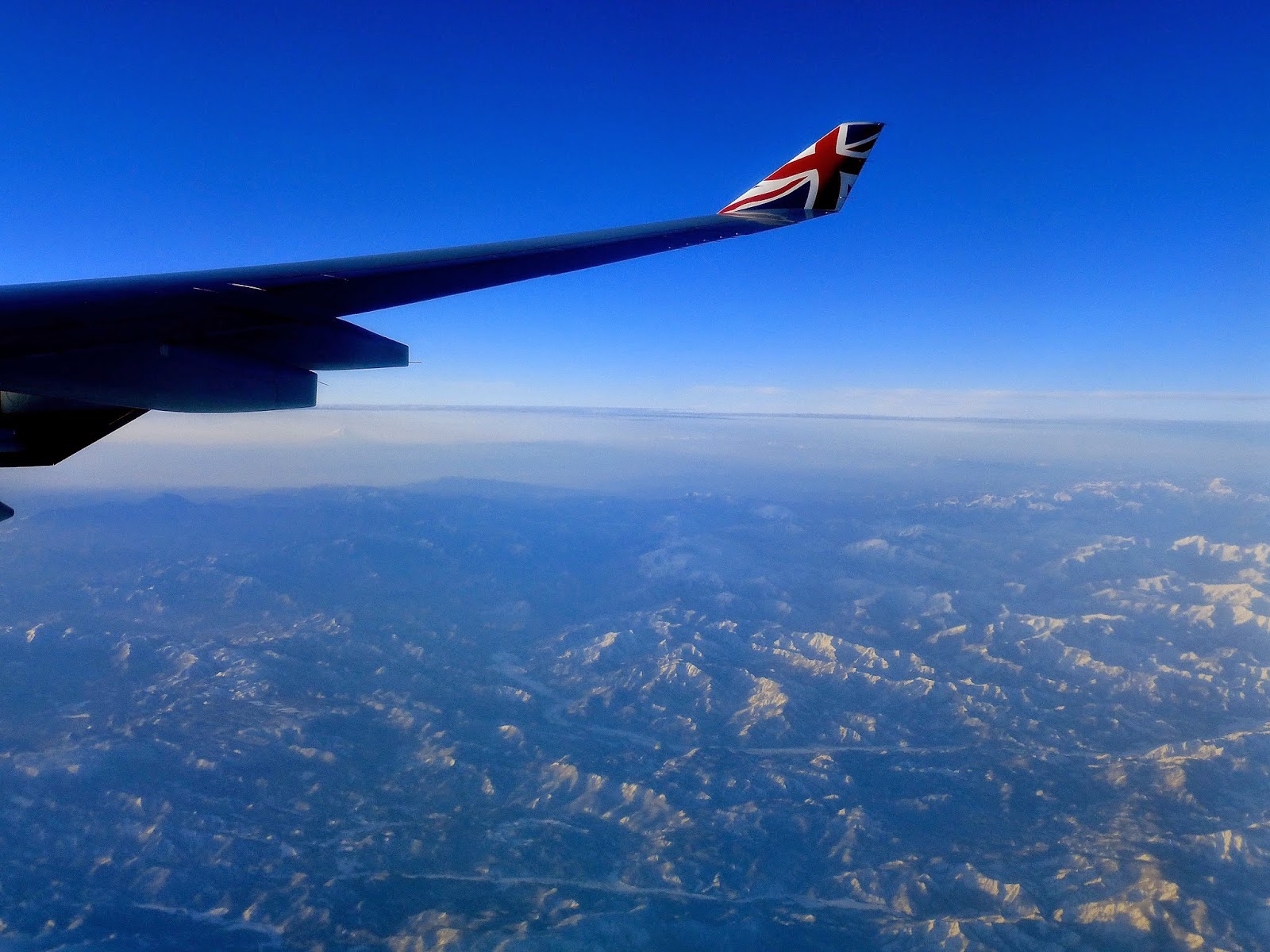 It was a beautiful flight in.  We are now settled into our hotel, after getting some sashiko supplies for forthcoming workshops and looking forward to the Setagaya Boroichi.
Posted by Susan Briscoe at 09:46