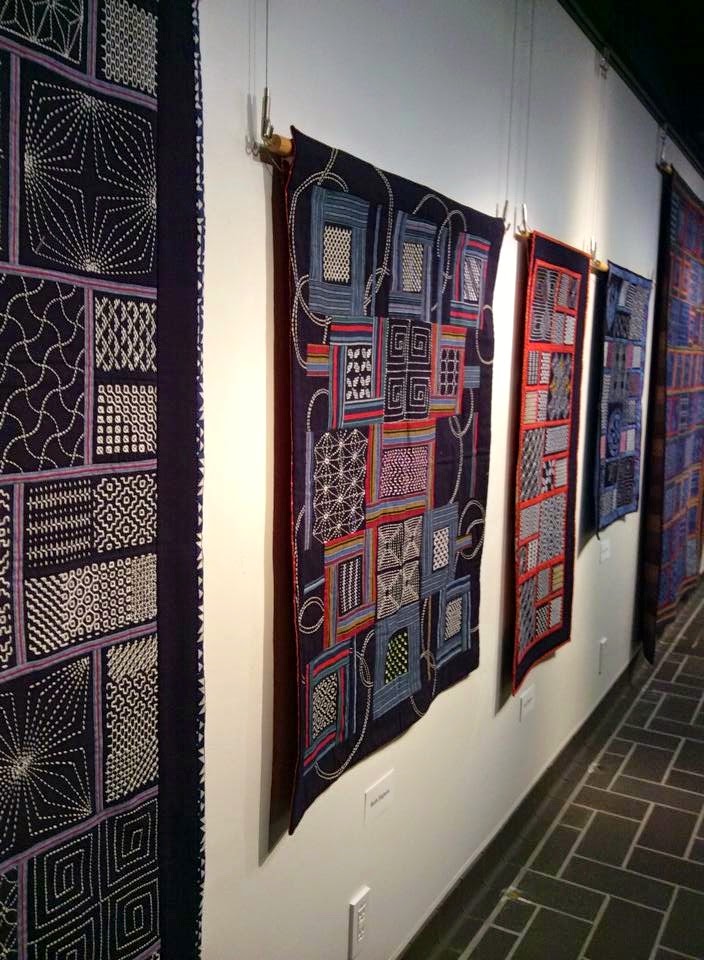 I have just about finalised details for my Yuza and Shonai Sashiko courses for 2015 - 2016, which will start running in October 2015.   These photos show some of the samplers made by the 2013 - 2014 group at The Studio, Loch Lomond, which have been exhibited at the Loch Lomond Quilt Show, Yuza Sashiko Guild's exhibition at the Sanno Club in Sakata, at the Japan Handcraft Teachers' Associations' exhibition at the Tokyo Metropolitan Museum (above) and at Otsuma Women's University's New Gallery, Chiyoda Campus, Tokyo. 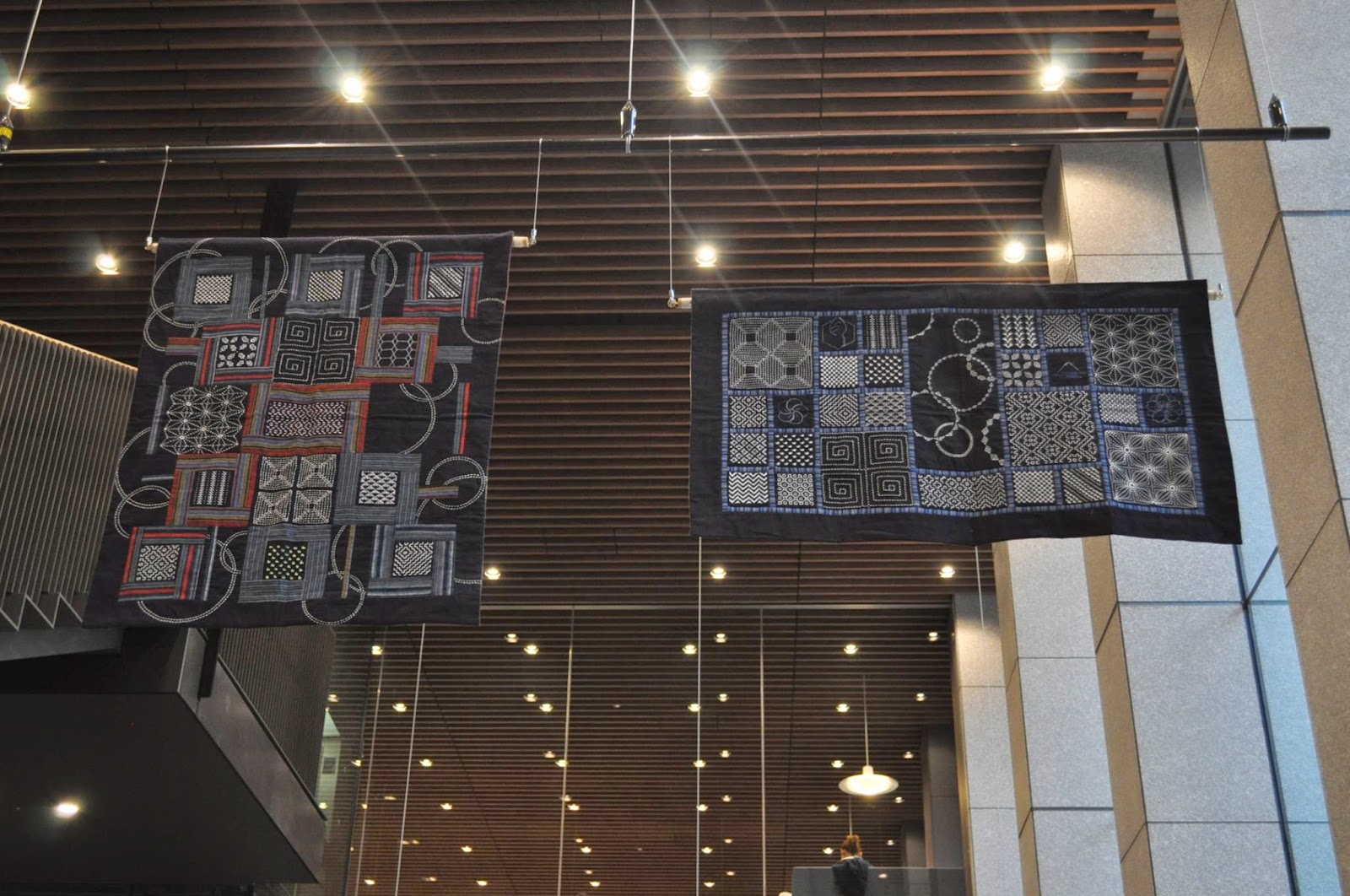 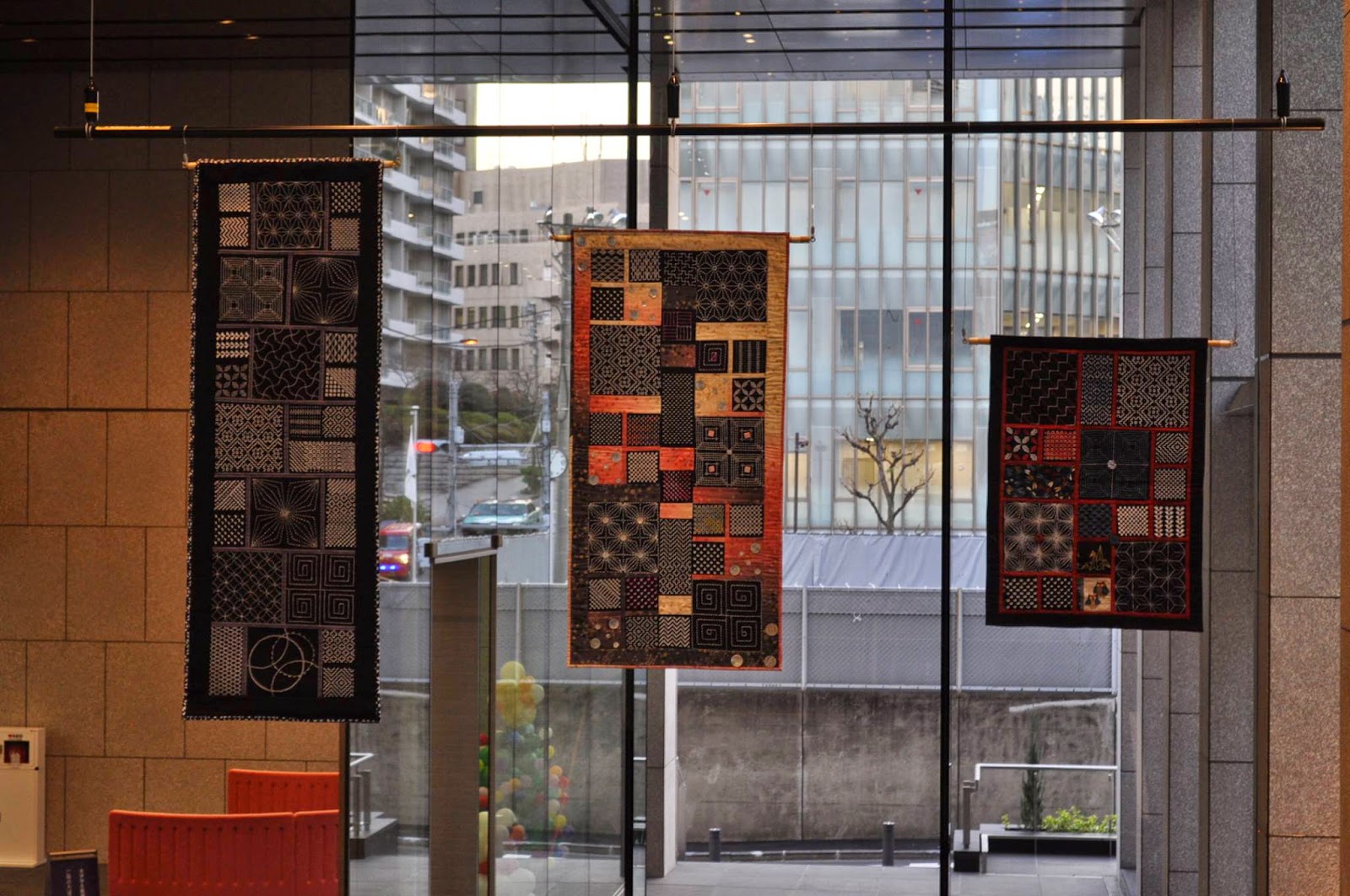 I am currently running the course for the second time at The Studio, but sadly that venue will close at the end of March when the lease finishes. 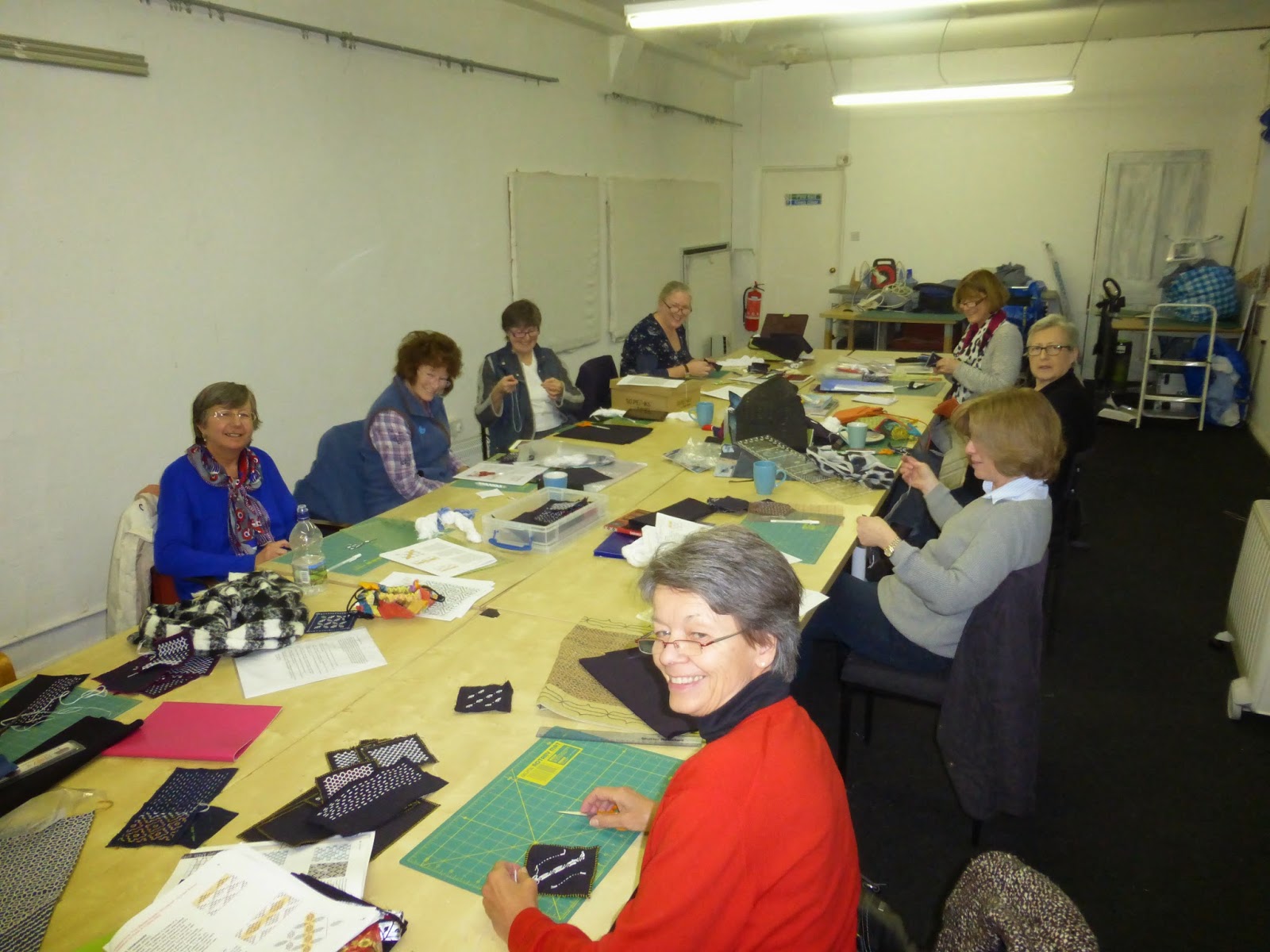 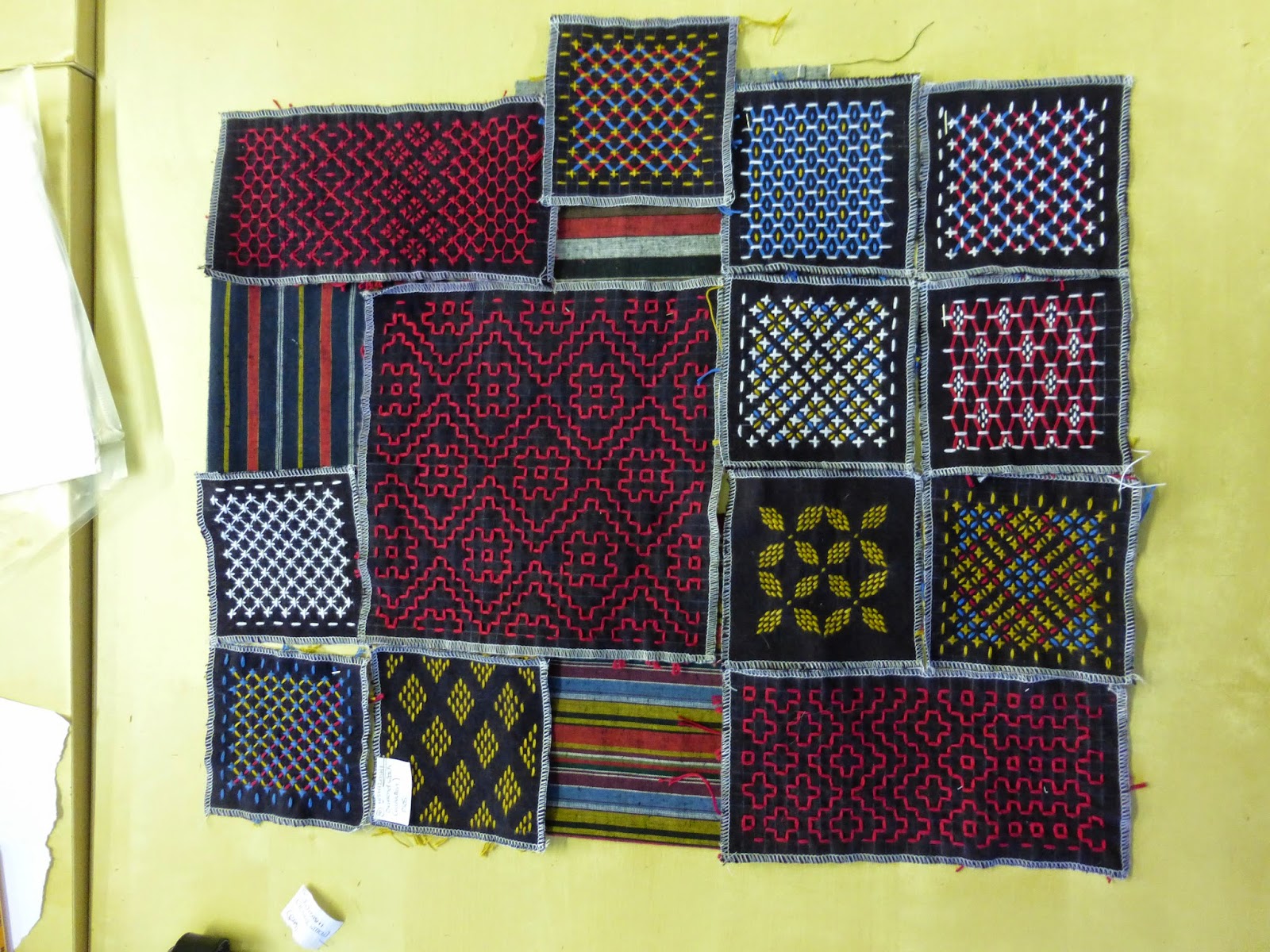 While it is traditional to stitch in white on dark blue, there is scope for using colour and of course every sampler is unique... 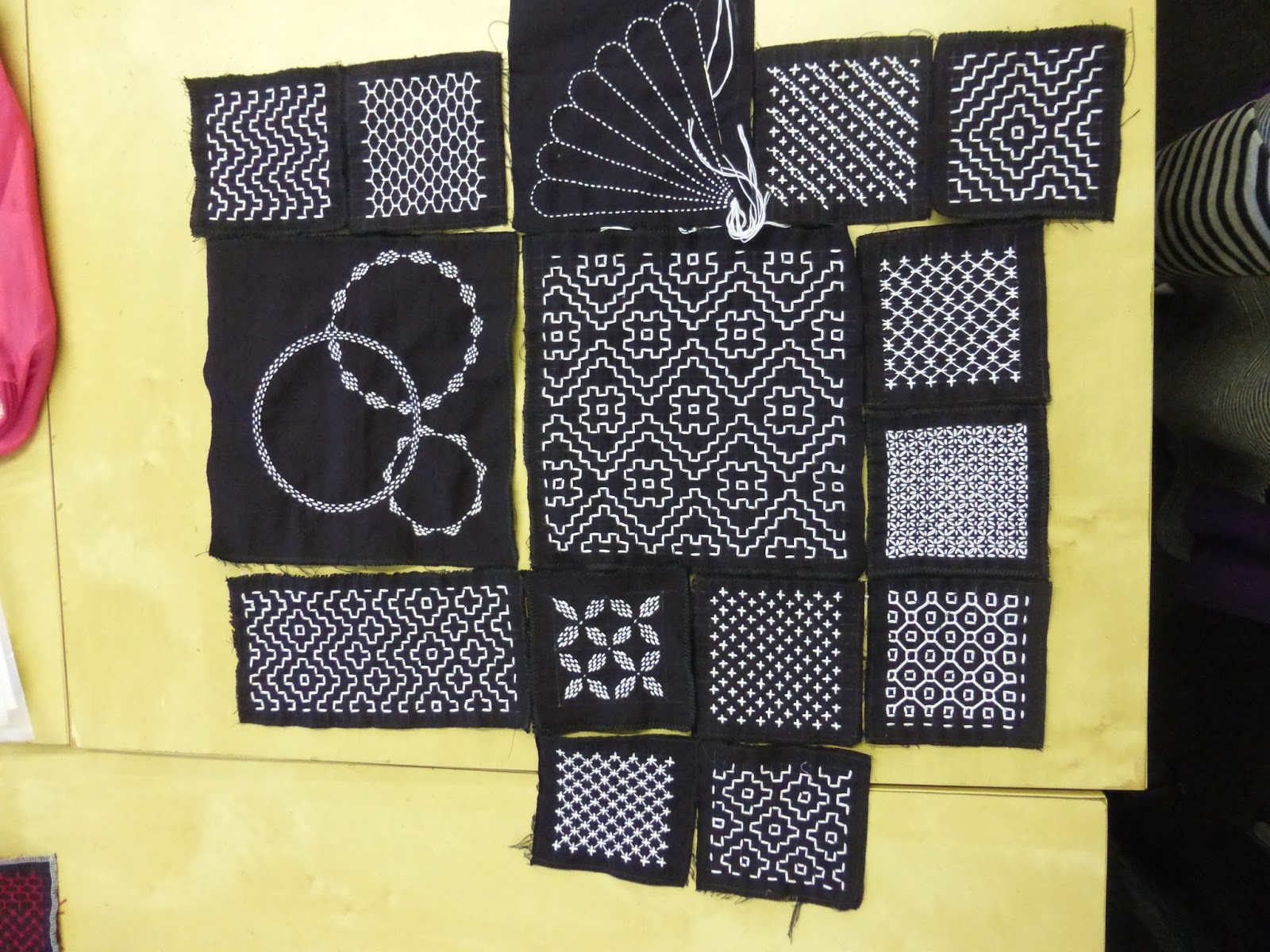 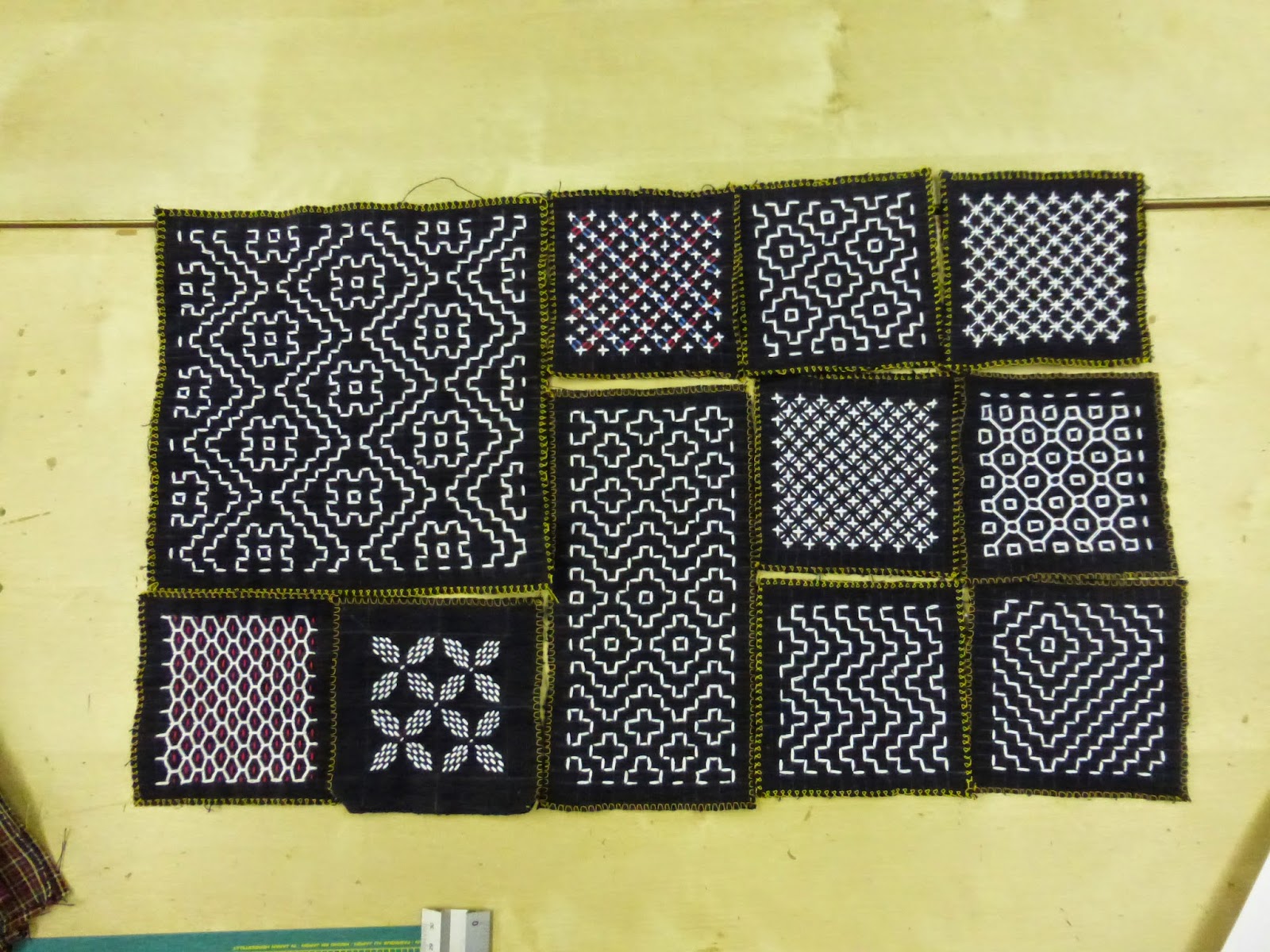 From October 2015, I will be running the course in two venues - Kaleidoscope at Milngavie near Glasgow and Edinburgh Patchwork.  Both these shops have excellent workshop rooms with good lighting for doing hand sewing.  The course at Kaleidoscope will run on Thursdays and the one at Edinburgh Patchwork will run on Saturdays, so there is a choice of day as well as venue.

Dates are as follows -