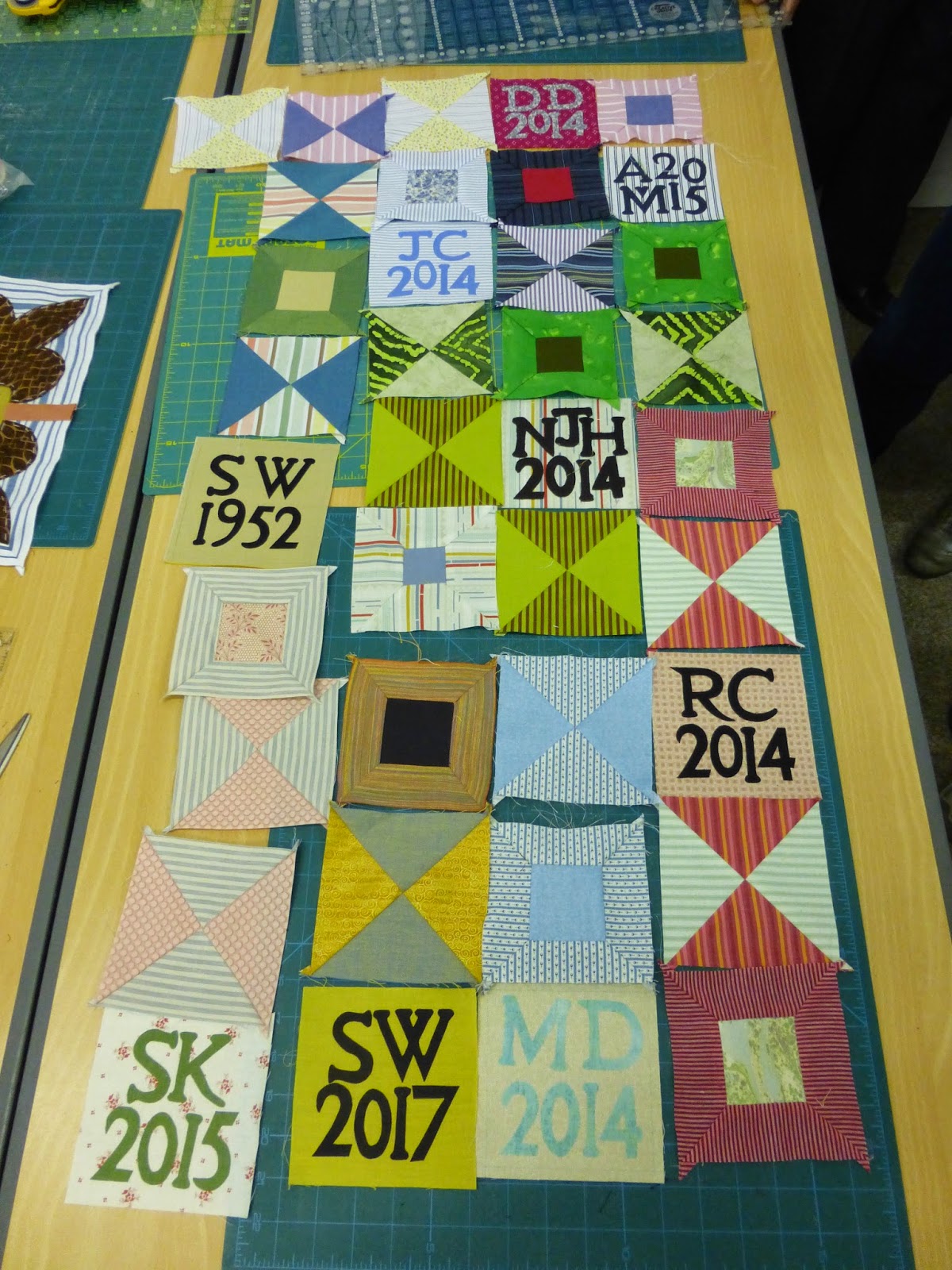 Just a reminder that I will be giving a talk about creating the 1718 coverlet book at the Quilters' Guild AGM and Conference weekend - 'A Celebration of Quilts' - at Harrogate on Friday 24th April.  This lecture will only be for Guild members and, if you're going, you will need to have booked several months ago.

I am teaching a three day workshop from 19th to 21st October 2016 at The Royal Bridlington, which will be a much extended version of the day workshops, 'The 1718 Revistited', where you can start your very own version of the 1718 coverlet (as a coverlet or quilt of course).  We will be looking at many, many more blocks than we can attempt in a day!

Why not get creative with alternative fabric choices? The blocks below were made by Fenella Jameson, one of the international online group on Facebook, The 1718 Quiltalong.  It is a 'closed' group so you'll have to join us to see photos.  I will be including some of their amazing blocks in my AGM talk. 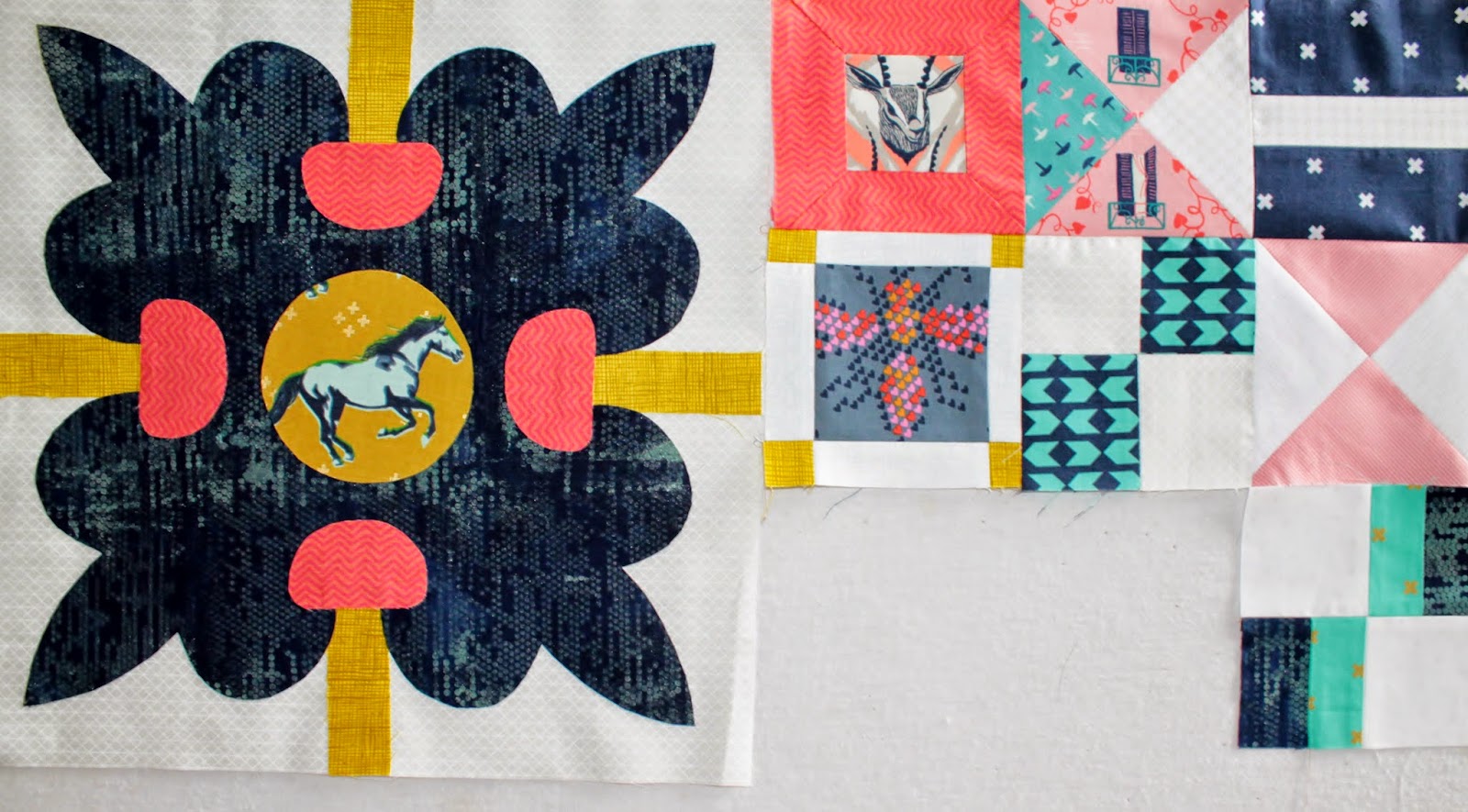 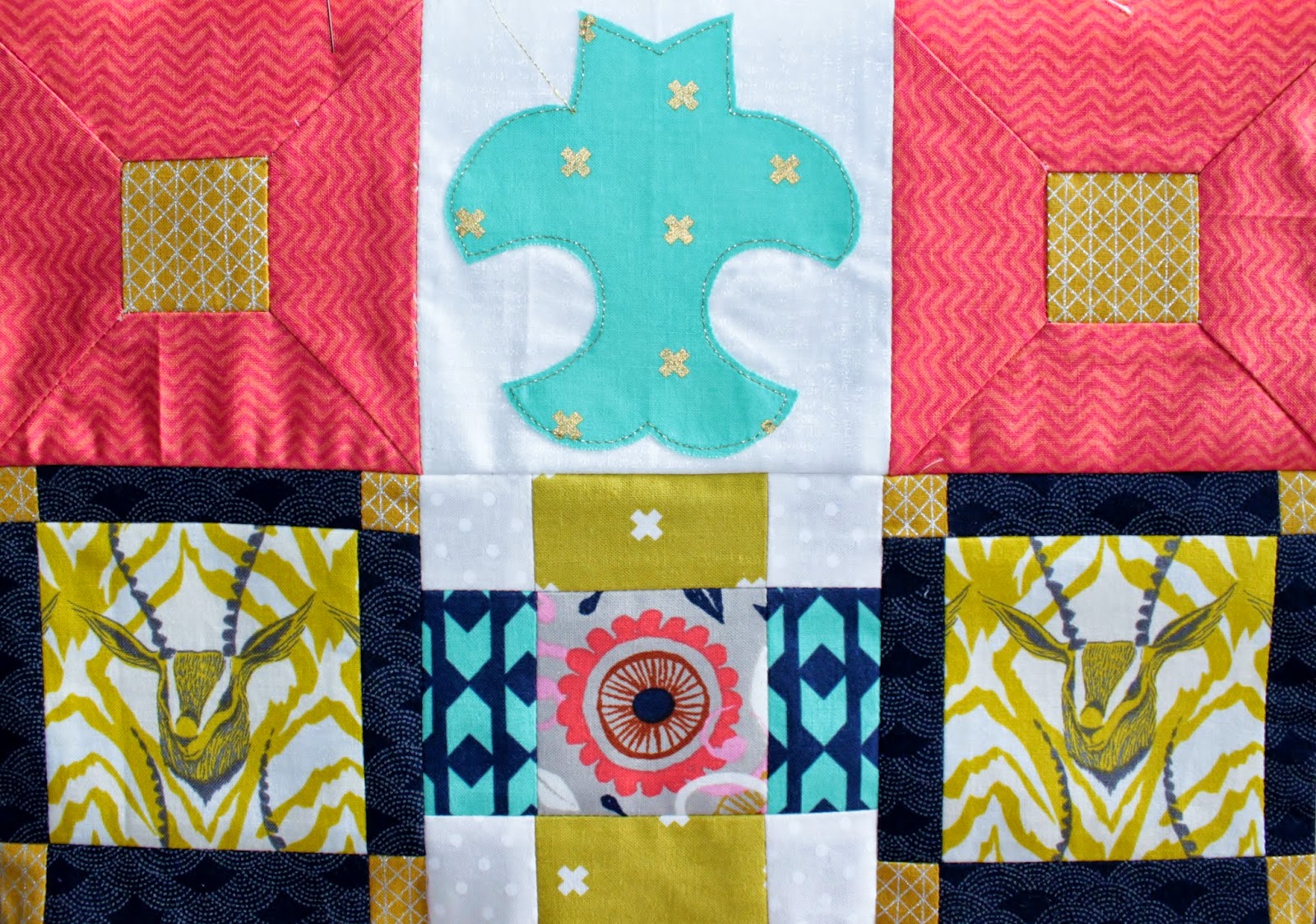 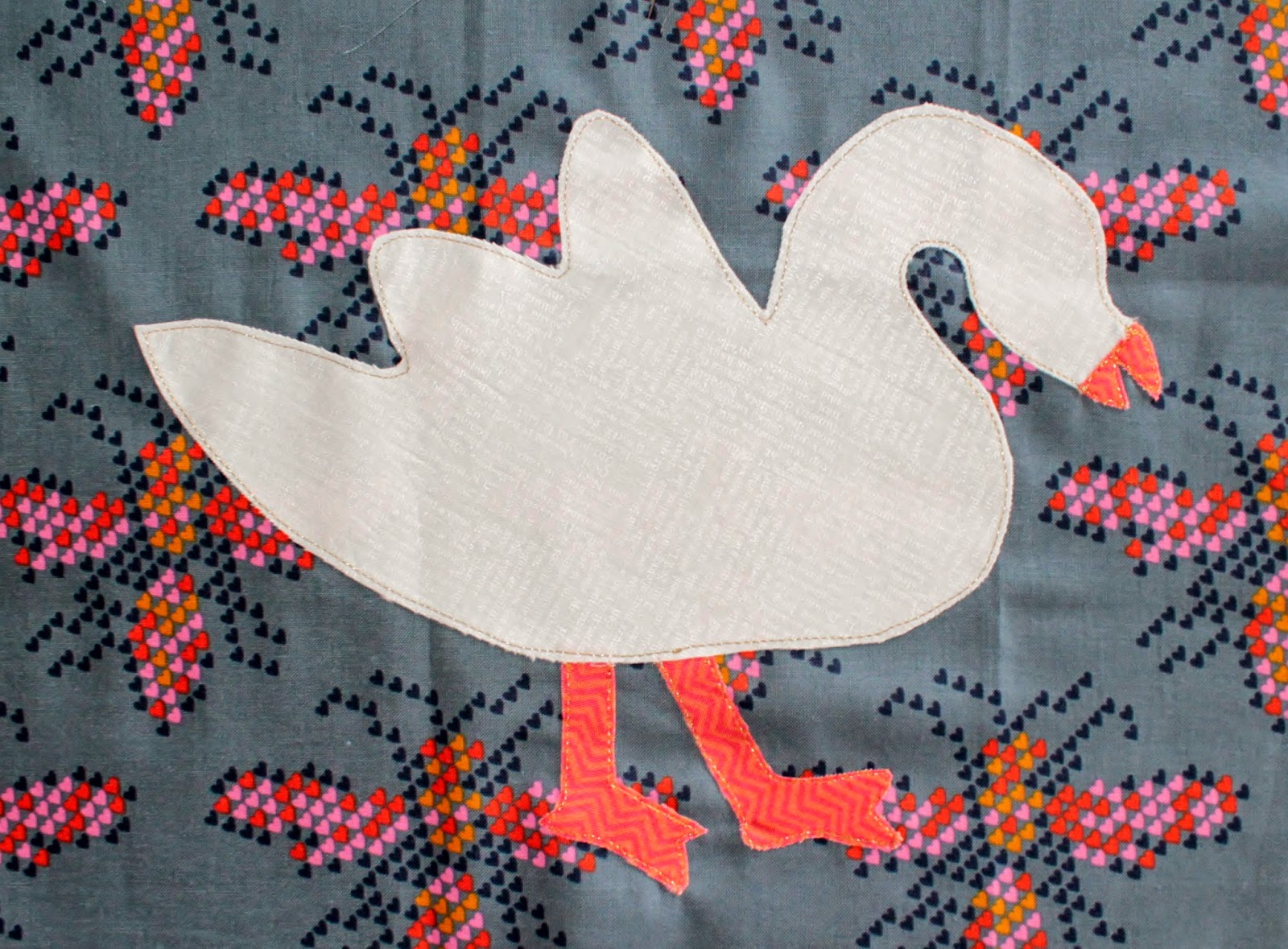 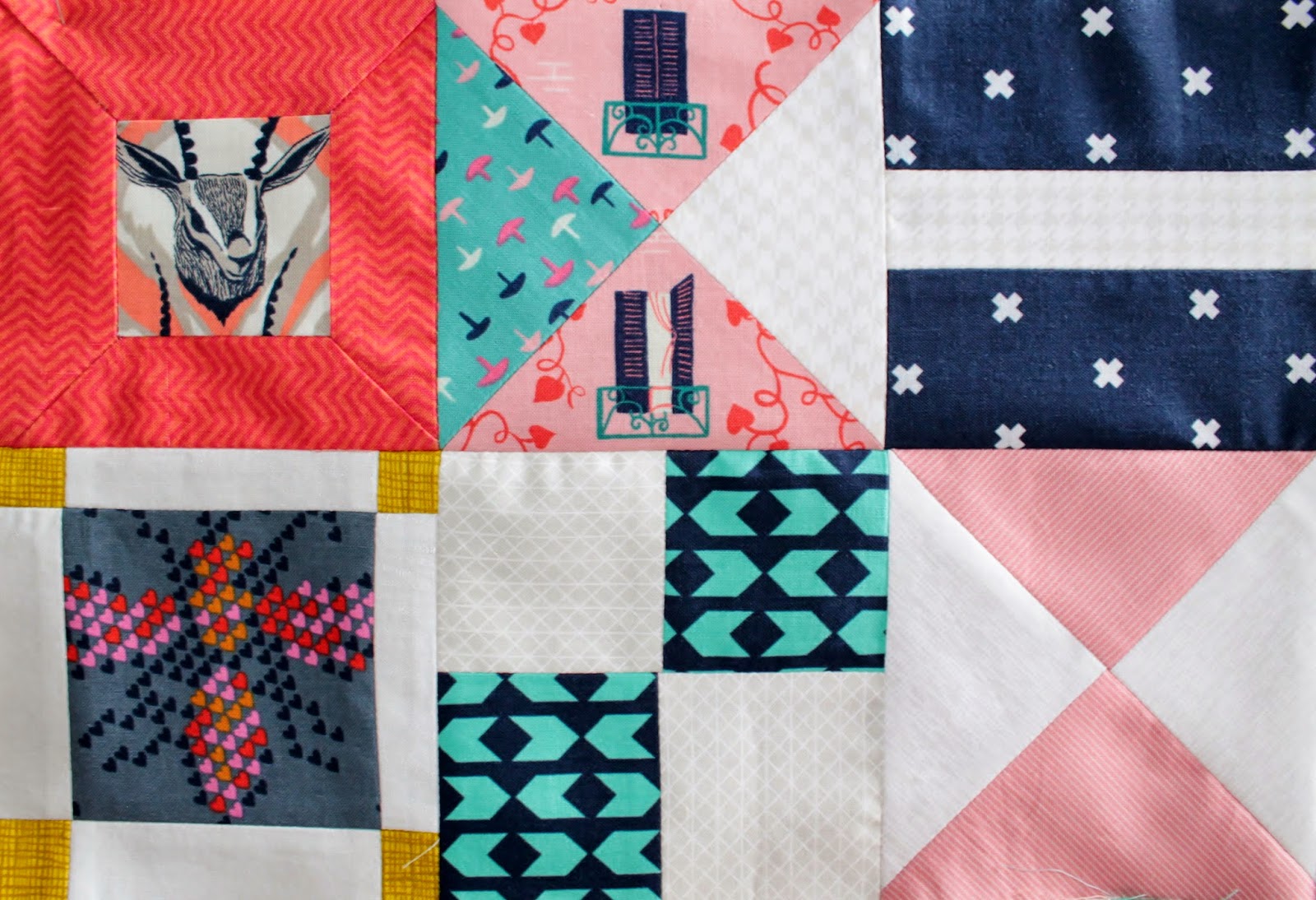 I will also be teaching a sashiko workshop, 'Family Crests and pictorial designs in Sashiko' on Sunday 18th October, at The Royal.  We will be starting on sashiko blocks based on kamon crests and other smaller motifs, like those in my kamon and kasuri sampler quilt, but I will be bringing some new designs along for the class. 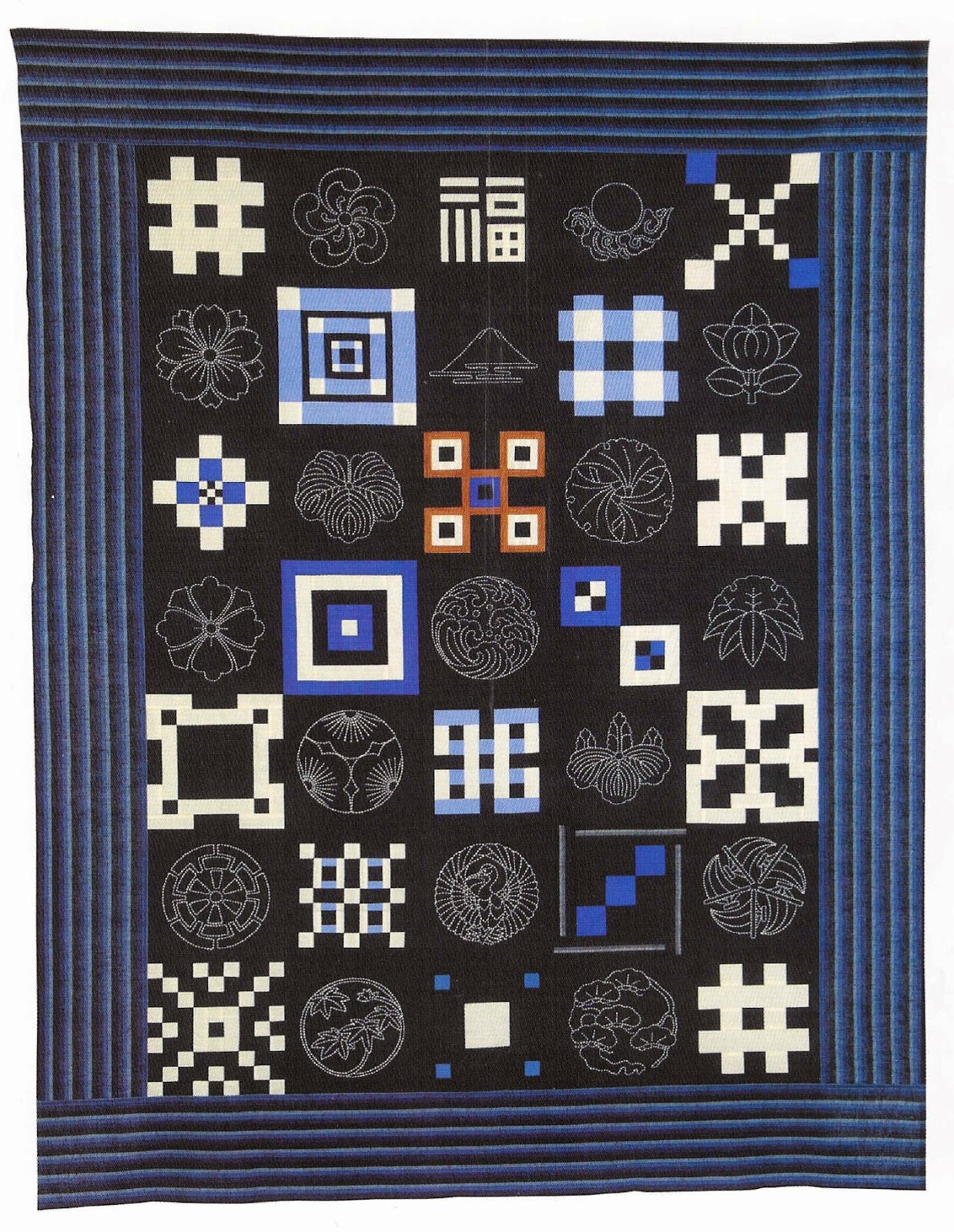 In the days following the workshop, I have some vacancies for talks and workshops on the way back to Scotland, so if you are interested in me visiting your group or shop, please contact me.
Posted by Susan Briscoe at 12:47