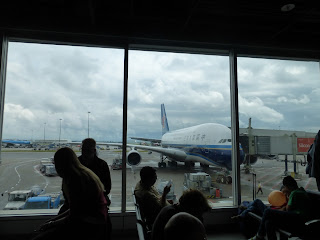 I arrived back from my trip to Guizhou Province, China, yesterday, so now I can access Blogger again (not possible from China), I will start adding photos from my trip.  I flew with China Southern from Amsterdam to Beijing and took a third flight from Beijing to Guiyang city.  This is the plane for the main flight.  I arrived in Beijing to very heavy skies and there had been thunderstorms, which meant my final flight was cancelled, so the airline switched me to the next one (and I got an upgrade!)  Angel and her friend Sarah met me at Guiyang airport and we drove to Kaili city.

The amount of new development going on in Kaili was very impressive.  Our hotel, the Kaili Grand Metropark Hotel, looked very new and was surrounded by new development sites.  It was modern but many of the architectural details echoed traditional Miao houses in the area, such as this lighting grid which was similar to the post and beam construction seen in the houses.  I wish I could have got photos of places we drove past on our way into Kaili, but from the motorway, that would have been difficult. 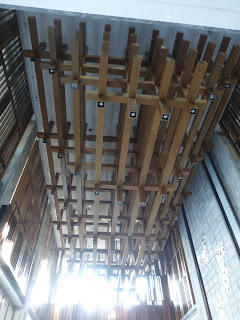 The lobby incorportated a lot of decorative details from Miao designs, like these silver scrolls and neckpiece motifs. 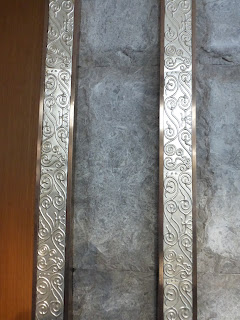 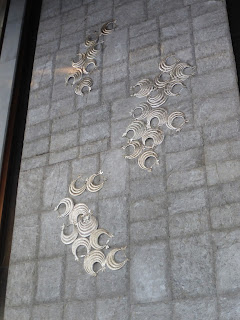 The lusheng pipes are a traditional Miao musical instrument. 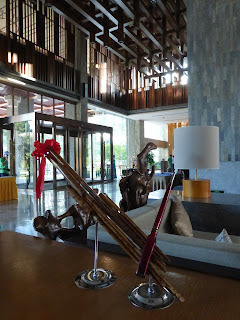 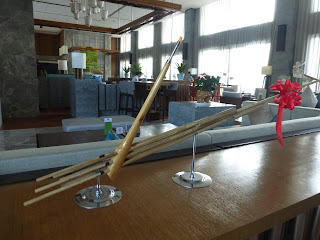 There were several pieces of root carving on display. 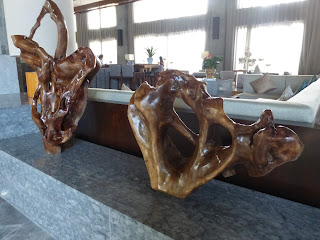 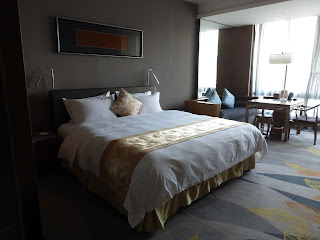 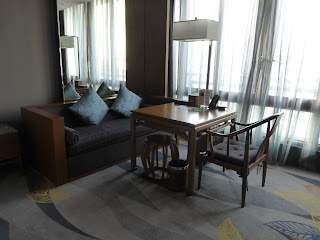 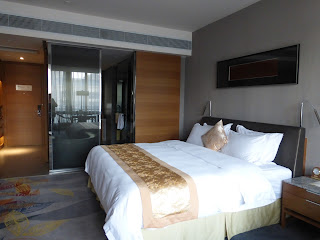 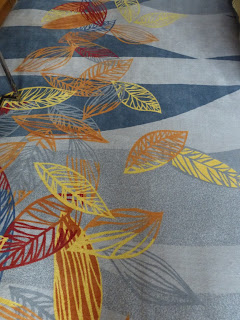 After Daniel Wan, CEO of Singer China, and his machine demonstrator, Mr Zhou (? spelling), arrived, we went out to a nearby food court and had a barbecued dinner.  It was my first try of the spicy chilli-based cuisine of this region and it was delicious.  The fish were very fresh, still swimming in the tank. 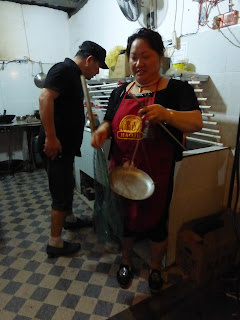 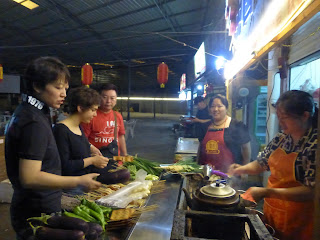 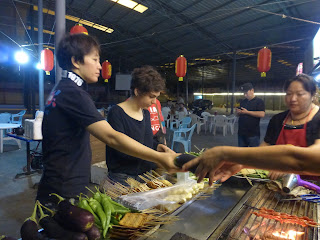 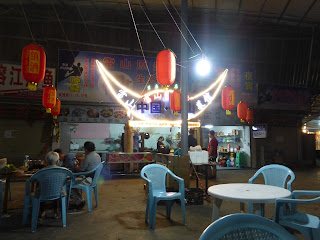 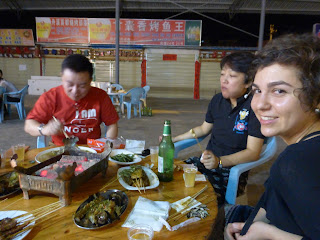 This was the view from my hotel window - so much new building in Kaili. 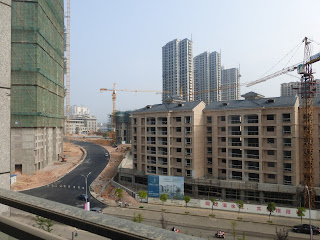 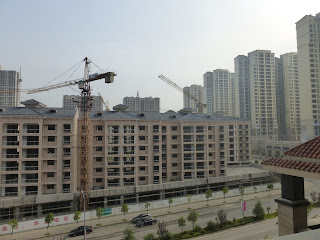 To make this trip easier to follow on the blog, I'll split it into the days I was there.
Posted by Susan Briscoe at 15:38