On my way to Guizhou Province, China 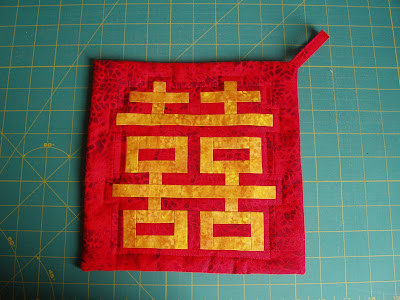 I'm on my way to China, taking a few minutes to post some photos while I'm in the departure lounge at Schiphol airport.  After double double checking the variations in the baggage size and weight allowances between the two airlines I'm flying with, I had to change my packing plans and take two smaller suitcases rather than one big one, because China Southern airlines would probably insist on classing the big one as freight.  So I couldn't take my A2 cutting mat or my 60 x 15cm ruler (I am working metric on this trip!)  Luckily Daniel Wan at Singer in China, who is providing the sewing machines, plus technical assistants to help me, says he's managed to get rotary cutting gear.

After having to split the quilts into 2 suitcases - and with enough space for presents I'm taking, including lots of Yorkshire Tea, Scottish shortbread and several dozen spools of top quality Aurifil threads that Alex Veronelli kindly sent me for the project - I had enough space to put in some potholders I made a few years ago.  There are two versions of the double happiness Chinese design and others which could be made by beginners. 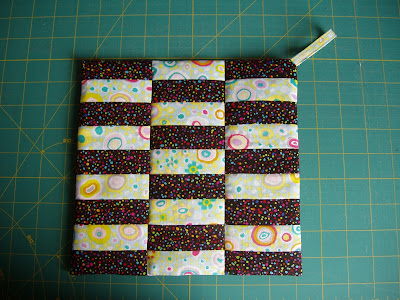 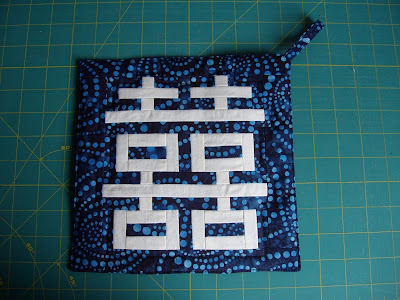 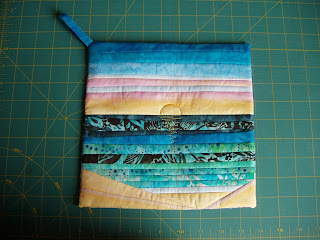 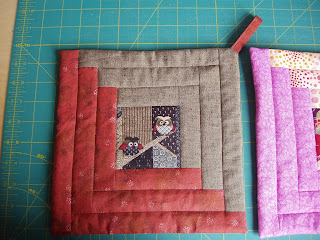 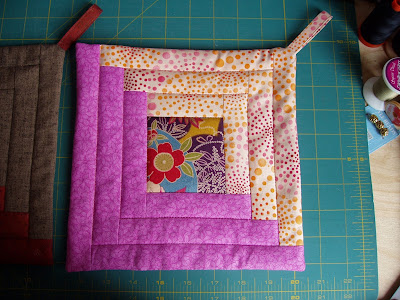 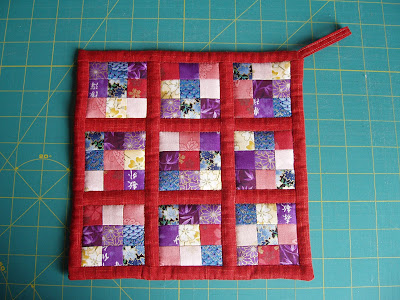 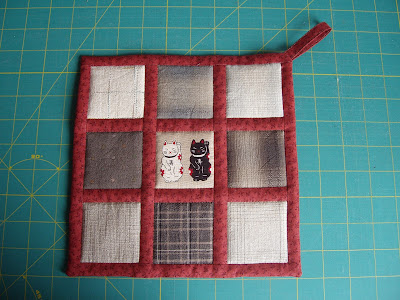 Not having met the students before and not knowing a lot about them individually, I have no idea what their previous sewing skills might be, so I have asked them to bring something they've made before, if they have other things.  Miao women are famous for hand needlework, so I am expecting to learn from the people I meet on this trip too.  I've been told they haven't used sewing machines before but, as in any class,  I expect some of the students will come along in leaps and bounds quite quickly, so I have packed enough things to keep them stretched - I hope!  In the end, I put in the original version of Super Strips, the scrappy one with narrower strips, rather than my red 'Celtic & gold print' one.  It was the first one that came to hand, plus it is easier to get this kind of look with almost any fabrics. 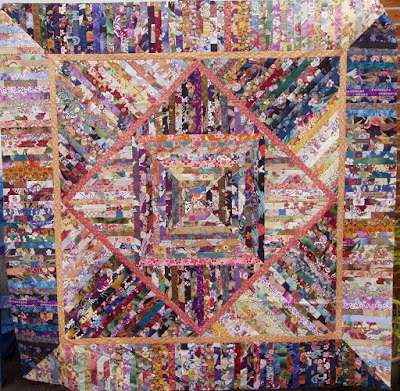 Once I arrive in China, I won't be able to access Blogger to post here, as Google is blocked there, so I will be blogging on the Chinese Diaries page I have set up on my main website instead. I hope I can get a good internet connection and start posting photos in a day or two, so keep looking.
Posted by Susan Briscoe at 12:30

Safe and happy travels, I look forward to seeing your photos.