Chinese Corner in the Cabin 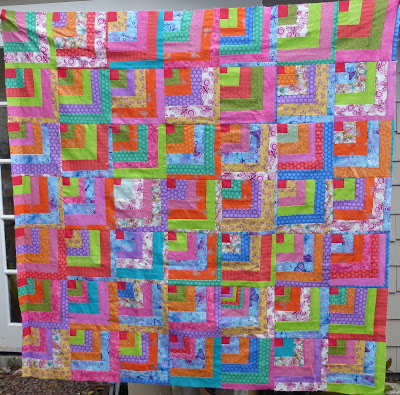 The Chinese Corner in the Cabin quilt top by the Maonan quilt class is going off for longarm quilting today, to Fiona Garth at Quilt Sandwich.  It has a wide pink border added, partly to help stop the stitching unravelling at the edge when it is on the quilt frame (not all the machine stitches are quite as small as I would do).  There is also an extra row of blocks on the bottom edge now - the ones I had to 'fudge' to fit.  All the blocks had to be trimmed down but there were a few that weren't big enough. These are not really my kind of colours and I had no extra fabric to make those blocks bigger, so I have widened but not lengthened them with the trimmings from the biggest blocks. 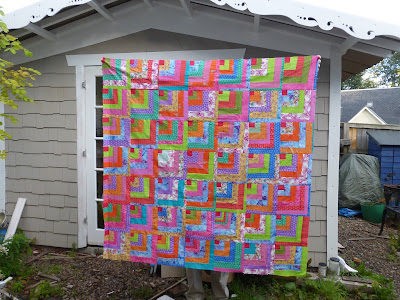 Arranging the blocks using the bed as an improvised design wall yesterday.   This is the second quilt made from the group's blocks - the first one, a quilt as you go, was assembled while I was in China, and is still there.  The finished size, with border, will be approx. 75 x 67in.  Fingers crossed, it will be at the Scottish Quilt Championships, which starts on 25th September. 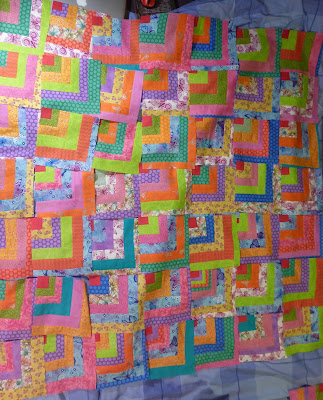