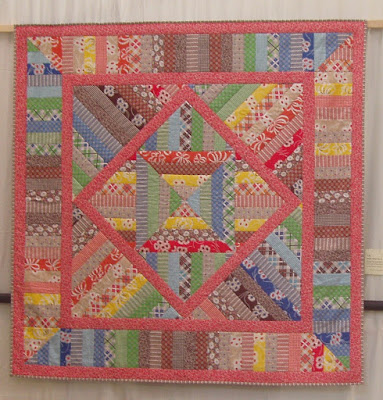 Super Strips, my jelly roll quilt loosely based on the Hearts and Crosses Coverlet, is in Today's Quilter issue 6, which will be in the shops shortly (the subscription copies should have arrived by now).  I've taught a slightly different version of this design as a workshop since about 2009, having made the original 11/2in strip version in 2008.  The one in the magazine has an uneven number of strips in the centre square, which makes the design slightly different to the workshop one, which has an even number, removing the tiny 'diamond' feature in the centre, which can be a bit tricky to line up if your jelly roll isn't accurately cut. 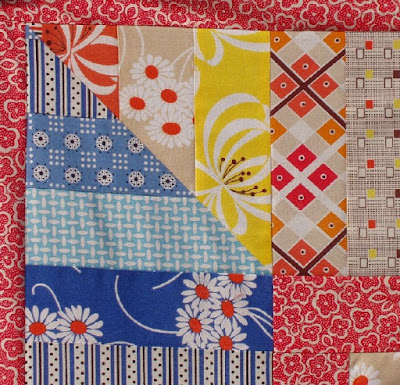 The fabric range I used for this, 'Katy Jump Rope' by Denise Schmidt for Free Spirit, has been reprinted, with some extra prints in the range, so you can get almost the same fabrics once again.   But, if you have a look at some of the workshop versions of Super Strips that have been made over the years, you will see that this is a pattern that works in just about any fabrics you like. 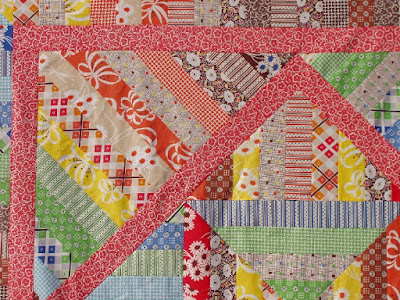 Have fun with the pattern - and I would love to see any more Super Strips quilts that are made from the magazine instructions.
Posted by Susan Briscoe at 11:27

I love this quilt! Beautiful! Is the pattern available anywhere?!