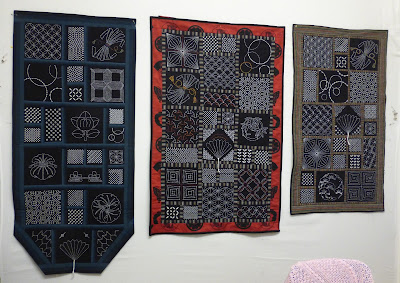 Here's a sneak peak at some of the sashiko samplers by last year's Edinburgh Patchwork sashiko course which will be part of the Sashiko from Scotland exhibit touring to all the Grosvenor Spring Quilt Festivals, starting at Ardingly and finishing at Exeter - from left to right, by Penny McLaren, Pamela Lyall and Sam Townsend. Pamela's is a first quilt too! This is the introduction I've written for the exhibition -

This exhibition is a selection of sashiko sampler quilts from the four courses I taught in Scotland since 2013 - two at The Studio, Loch Lomond; one at Edinburgh Patchwork and the fourth at Kaleidoscope, near Glasgow.  Ruth Higham, who founded The Studio with Isabel Patterson and Patricia Macindoe, persuaded me that there were enough stitchers interested in Japanese sashiko to run a longer course. The Studio was prepared to host it, so I ran the first eight day course there, over 10 months.  We did many Yuza and Shonai Sashiko patterns, drawing on my links with Yuza Sashiko Guild, and it has evolved to include a wide variety of larger sashiko designs over the years, so later samplers have grown!  My aim is to introduce the students to various pattern marking and stitching techniques, so by the end of the course they can look at almost any piece of sashiko and say ‘I can try that!’

I will be running courses at Edinburgh Patchwork and in Stockton-on-Tees from September 2017.  My next course starts at The Peacock and the Tortoise in Perth in March and we are looking at running another course at Kaleidoscope.  Please contact me for details via www.susanbriscoe.co.uk 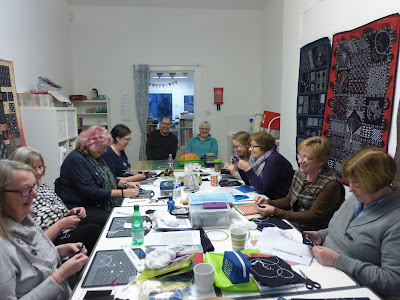 This is our second Edinburgh Patchwork group at their third session last Saturday.  They are producing some lovely work, both for their samplers and other smaller projects some of them are doing on their own, in between classes. 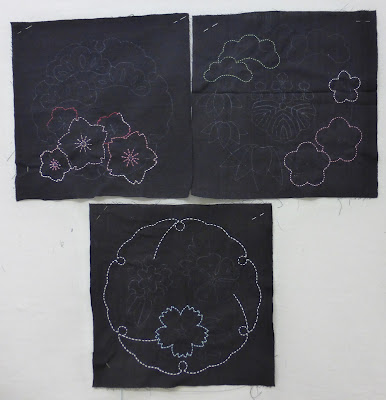 These are some of the sashiko panels that were started at the previous weekend's day class, where we made flowers, leaves and Japanese motif templates by paper folding and used those to make designs. 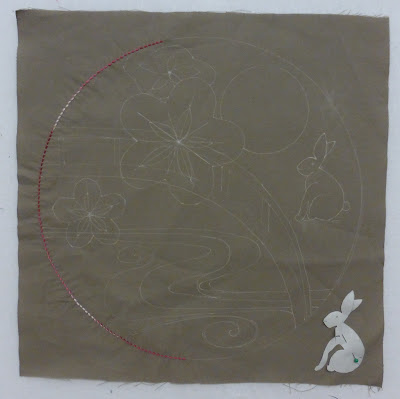 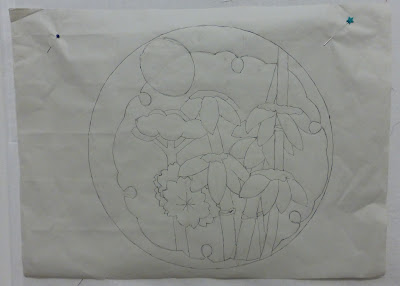 Penny's noren curtain has a moon and crane motif, but the marking doesn't show up much in the photo! 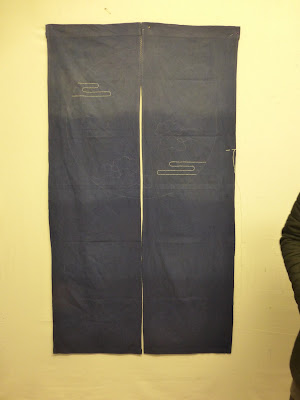 Fiona and Jo had got most of their panels stitched by Saturday.  Lovely use of colour in these sashiko panels.  I'm looking forward to seeing the others finished. 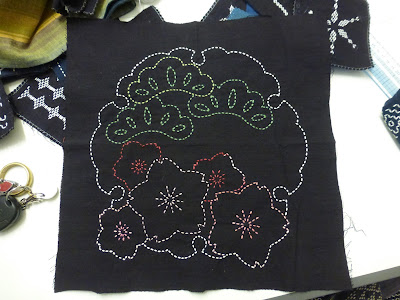 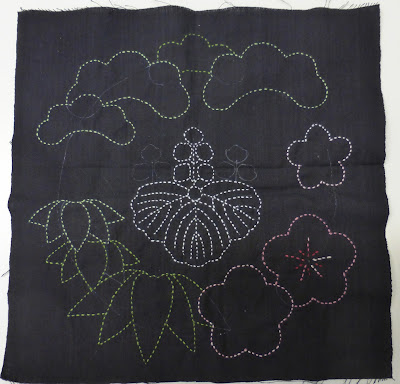