Exeter, Prague and other quilty things 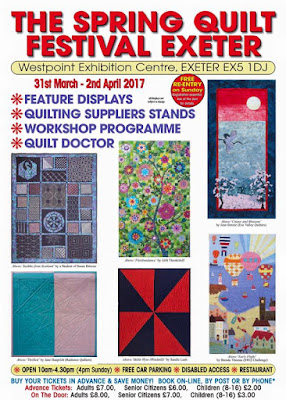 Coming up at the end of the month is your last chance to see the Sashiko from Scotland samplers together (at least this selection), as it will be the last of the Spring Quilt Festivals in Exeter.  Isabel Patterson's lovely sampler, including some of the kamon blocks from 'Japanese Quilt Blocks to Mix and Match' in applique is featured on the exhibition flyer! The colour coordination on Isabel's sampler is so subtle. 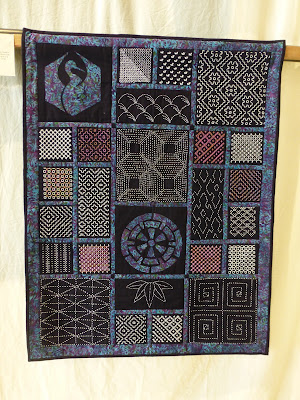 I won't be at Exeter this year (or the Quilters' Guild of the British Isles AGM at Torquay, which is the same weekend), because I'll be in Prague for the Prague Patchwork Meeting.  I taught there in 2010 and have been wanting to go back to visit ever since, but there's always been something else already booked in my diary for that weekend.  The city is so beautiful and inspiring. 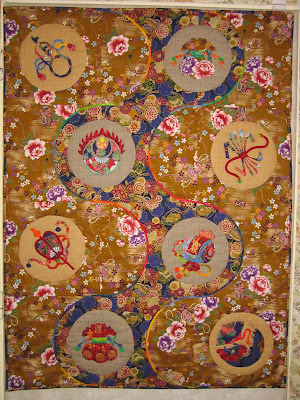 My link to the Czech Republic came through some of my books being translated into Czech, and the exceptionally talented Jana Lálová who did the translation for the Czech edition of 'The Ultimate Sashiko Sourcebook'.  Jana is very involved with the Czech national quilt guild and, therefore, their annual quilt extravaganza.  One of her quilts, using the treasures blocks from 'Japanese Quilt Blocks to Mix and Match' is shown above.  I love the Czech edition of the sashiko book, which was completely redesigned from the English language edition and is a handily sized hardback (all the other translated editions have used the same page layouts as the English one). 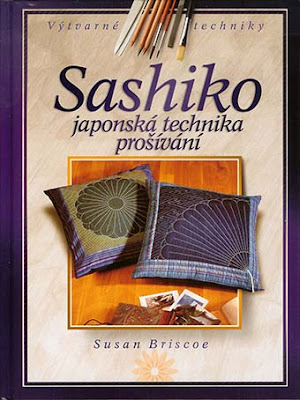 I am going to be teaching a sashiko workshop at this year's show, doing the single version of the koi carp I used in this wall hanging.  I'm taking a selection of coloured threads for the students to use, as well are more traditional white and cream, so we may have some wonderfully bright orange, golden yellow and red koi! 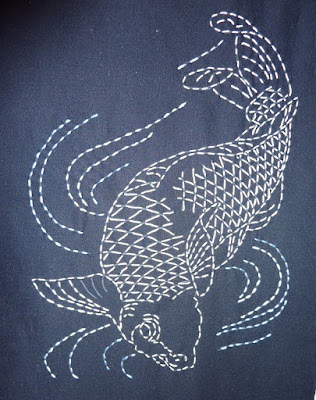 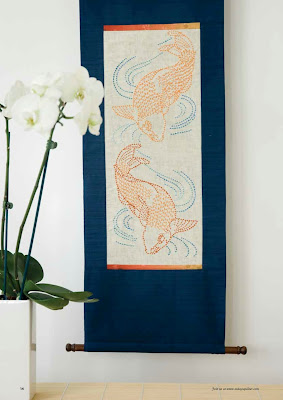 Thanks a lot, Susan!
Jana