What I am working on today... 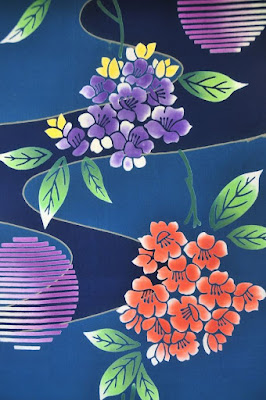 I'm working on another version of my Masu quilt, which was designed for kimono width fabrics (although it also works with fat quarters). This time, half the fabrics are chusen stencil-dyed cotton yukata and half woven stripes from Nukumori Koubou.  I'm using one metre pieces and only twelve fabrics, unlike the original (below) which had eighteen different silk and wool kimono fabrics.  Because the yukata designs are very large and there is a lot of variety in the strips cut from one fabric, I wanted to see how well the pattern would work with fewer fabrics.  It is taking a little more planning to keep them really well mixed up! 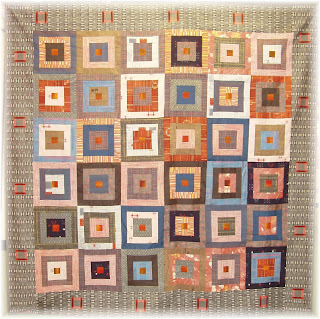 This time, I'm going to use a narrower border too, so the finished quilt will be slightly smaller, at approx 69 inches square.

Instead of alternating between light and dark fabrics in my blocks, I'm alternating between striped and stenciled, whether they are dark or light.  The amount of plain background in most of the yukata prints means that I've managed to get plain and patterned pieces from the same fabric. 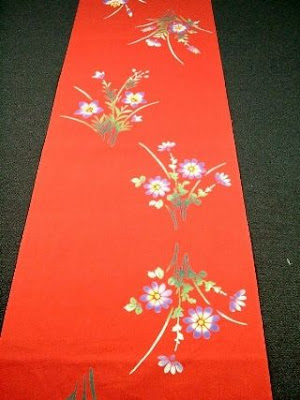 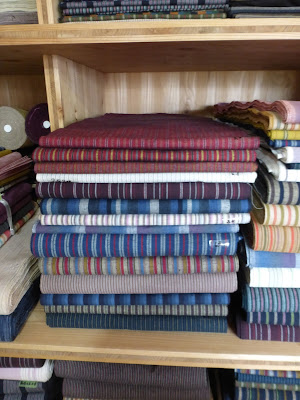 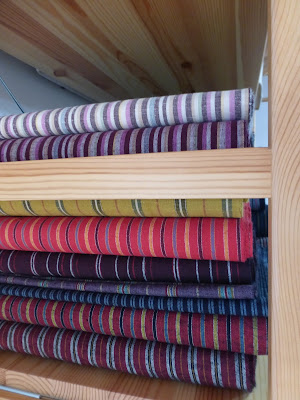 I have a printed pattern available for this quilt and will also be making some kits of the yukata and stripe versions - the colourful one I'm making, a greens/purple/yellow version and a blue/white/red/bright colours one.  Photos once I've got the blocks finished and the top made.