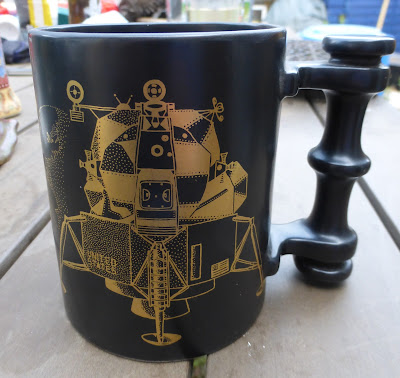 We visited Steptoe's Yard yesterday, a salvage/junk yard not far from Montrose.  Glyn was hoping for more architectural salvage than other stuff, but the sheet amount of things there was pretty overwhelming.  There were several large barns, one with the better quality antique and vintage pieces and the others with varying levels of chaos.  I wondered how it would even be possible to get some of the furniture pieces out of the largest barn, as it was packed so tightly, with just enough space between shelves to squeeze along the aisles.  Given that some of the barns were only semi enclosed, and swallows were nesting among the beams, it will give you some idea of what they were like!

Glyn spotted this Portmeirion mug commemorating the Apollo 11 moon landing in 1969, which fits the bill for the slightly odd kind of commemoratives we seem to collect. 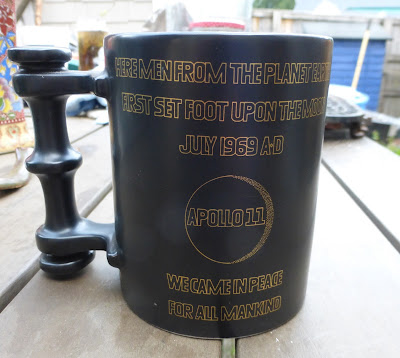 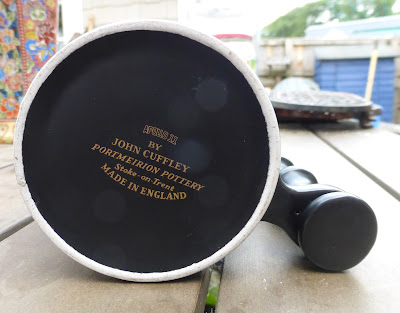 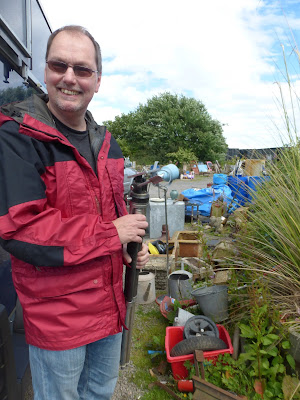 Glyn loves having a good rummage at places like this... 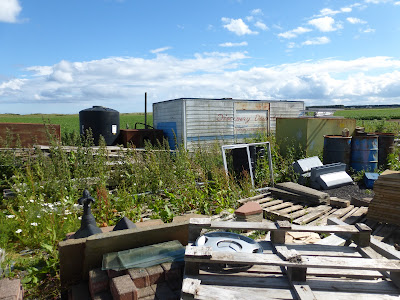 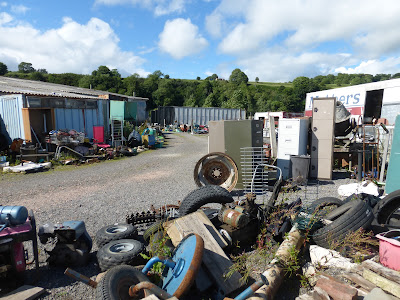 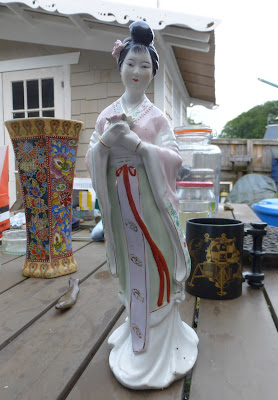 I bought a Chinese figurine and vase.  I don't know how old this is - could be any time from mid to late C20th, and it is likely they were in production for quite a while too. 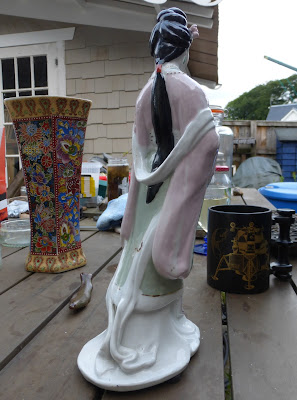 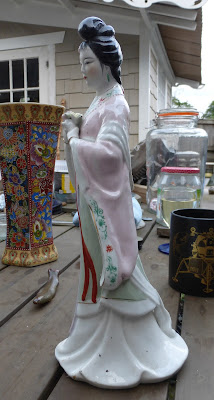 Not a lot of information on the mark. 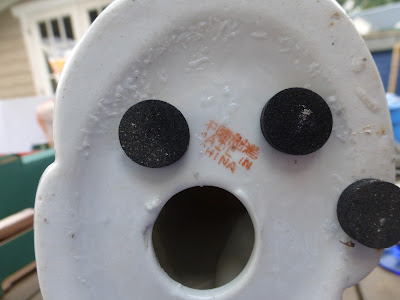 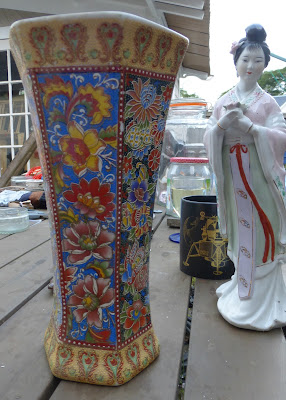 The Chinese vase is the kind of thing that used to be in the shops here in the 1980s and 90s, although once again it might be older.  These pieces will be great for photo props. 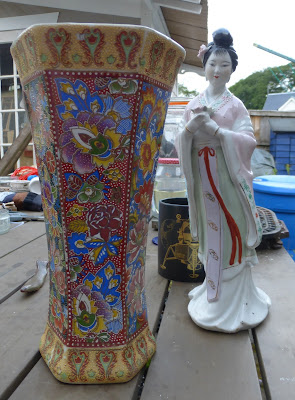