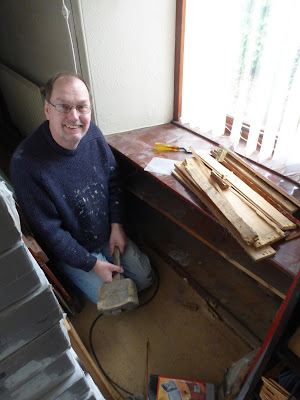 Glyn demolished the '1980s' cupboard filling in the hall window, to make space for my Singer 13K treadle sewing machine to go there.  Except some of the woodwork turned out to be a lot older. 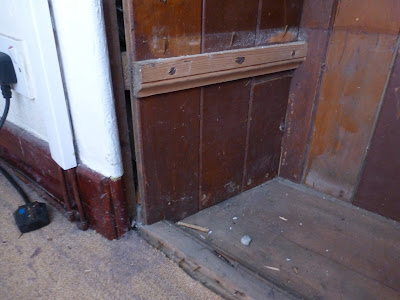 The paneling at the sides and back under the shelf was installed at the same time as the cottage walls were plastered, it is flush with the lath and plaster above and there's nothing behind it except really rough stonework. 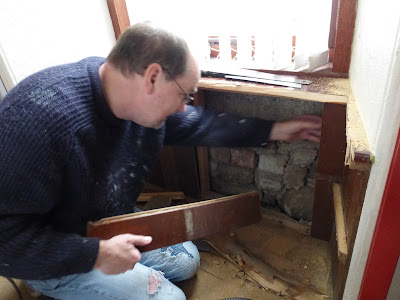 What is now a window was once a door, and the infill is quite rough brickwork. 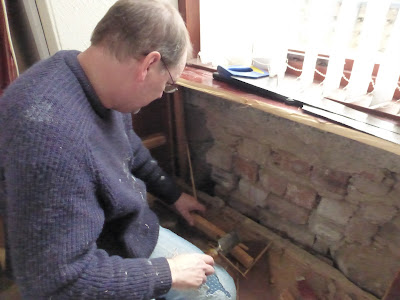 There are huge foundation stones at either side.  This looks more like an old barn doorway than a cottage doorway. 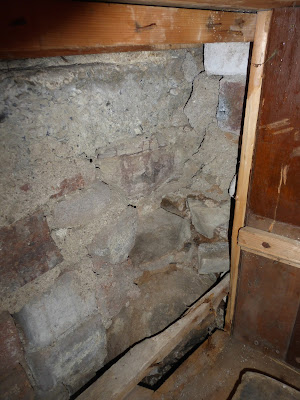 Lots of gaps around the floorboards and the wall that needed filling up quickly so we didn't have a mouse invasion (Glyn found a bit of an old mouse nest in the wall). 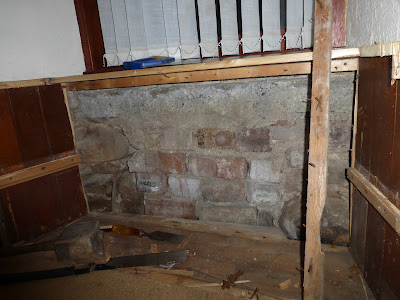 We decided to leave the side panels in place and fill the voids behind with expanding foam. 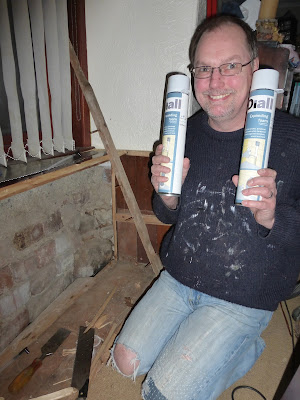 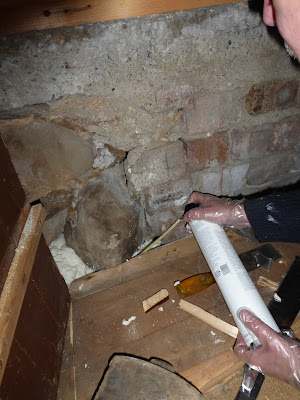 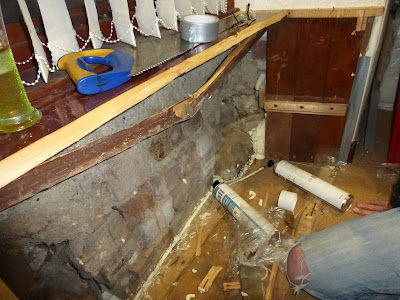 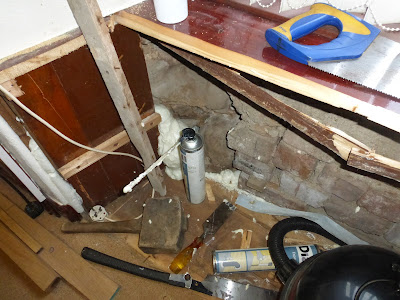 Glyn has repointed the brickwork and filled a lot of gaps with mortar.  We will add some insulation and redo the paneling to the full height of the window, recycling the pine paneling we got from a local house demolition a few years ago. 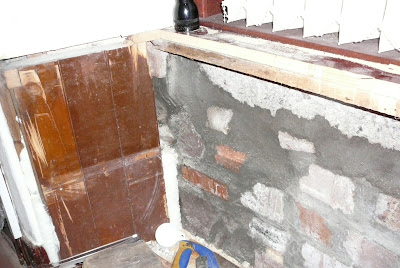 The cottages have changed a lot since the mid C19th OS map (left), with the north eastern end of the row disappearing and the back kitchen extensions added by c1890.  Now I'm wondering if the current living room, on the end of the house, may be an earlier extension than we previously thought i.e. not 1970s.  The cast window sill matches the ones on the dining room, downstairs bedroom and kitchen, which would be odd if they were all built a long time apart. 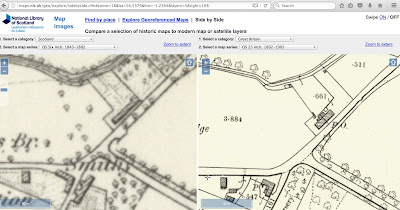