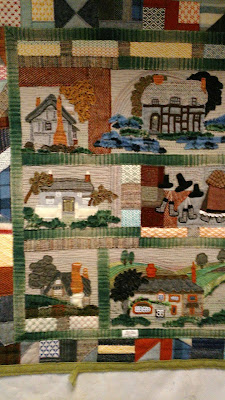 Reiko Domon, leader of Yuza Sashiko Guild, posted photos of this adorable quilt on her Facebook page and is happy for me to show it here. It shows a different aspect of her creative stitching from her more traditional sashiko (can you spot the coloured hitomezashi panels?), and is inspired by her trip to Wales and the borders (Herefordshire/Worcestershire) last May, when we took Yuza Sashiko Guild members on a quilting and heritage tour of the area. 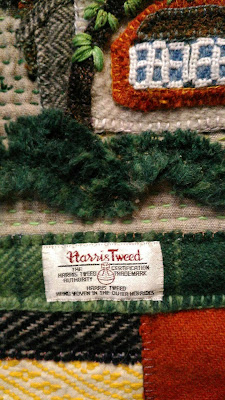 (auto translated) - I played by Harris tweed bought at a show in United Kingdom Wales in May of last year. An old house begins to tilt a little, and. A roof waves, and I'd like to express repaired taste, and the mind was made a tapestry. As a house, a work has also built into threadbare feeling for some reason. 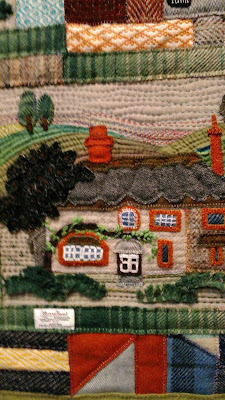 Reiko's traditional border houses are gorgeous and so well observed, and I love her use of tweeds and plaids.  It really captures the feeling of those houses I think and is 100% hand stitched.  I'm hoping she will exhibit it in the UK sometime, maybe when they come over in September for the Great Northern Quilt Show. 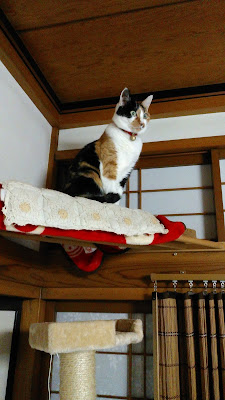 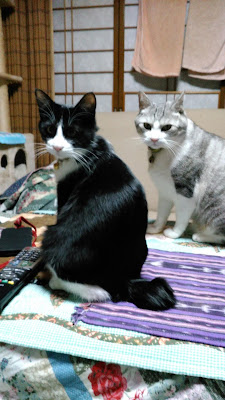