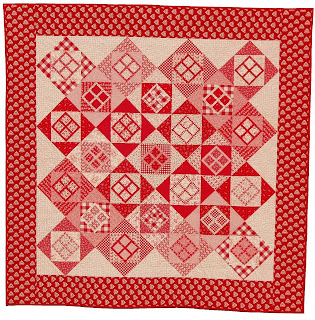 While we were away having a lovely time at the National Quilt Championships, Fiona's cat Oreo went missing, only to turn up on Sunday badly injured after being hit by a car, breaking her legs.  Somehow this little cat managed to drag herself home, and was whisked off to the vets by Fiona's son asap.  Luckily she didn't have worse injuries but the vet's bill is going to be around £2000.

A couple of fundraisers have been started, so I've decided to do an extra one with my Fanoe quilt pattern PDF file. Fiona, Oreo's human, has made several versions of this quilt - her grey and white one looked fab! 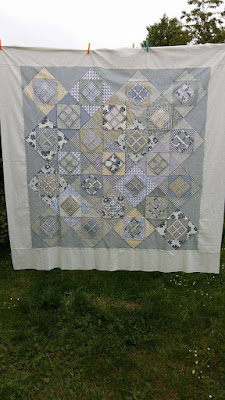 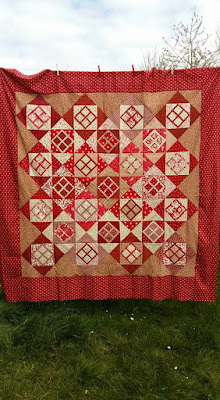 So from now until the end of July (or until we raise enough for the vet bills), all the sales of this pattern pdf will be going to Oreo's vet fund (NB - Payhip, where I host the pattern, deal with the EU VAT for me and take a 5% commission but I will make up the difference, so every pattern sold will raise £7 for Oreo).

As I don't have any cats of my own at the moment, Fi's cats are my surrogate kitties...

UPDATE - Katie at Japan Crafts is putting together a fabric pack for the blocks and the border (you'll need to add something plain-ish or an ultra small print for the setting triangles). It will be a multi coloured version but with a lot of blues. See the Japan Crafts Facebook page and also the Japan Crafts website for some of the fabrics that will be included (the information won't be on the website immediately).  For every fabric pack that is sold, Katie will donate £10 to Oreo's vet fund. 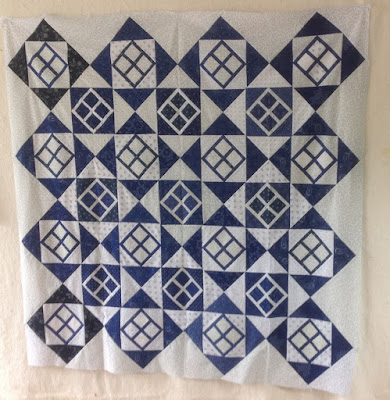 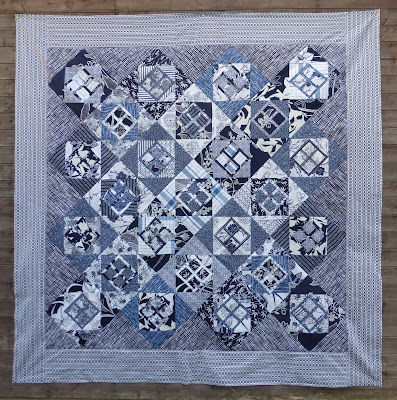