Shows roundup - Ruthin, Crafts for All and Autumn Malvern

As promised, here is the first of several round up blog posts, filling in some photos from the last month or so. Starting at the end of September, I attended the trading day for Dyffryn Clwyd's quilt show, part of the 700th anniversary celebrations for Ruthin's parish church. I taught the "Super Strips" workshop there back in June, where this quilt top was begun - click here to go to the workshop blog post - can you spot it? You're not looking for a rainbow centre, more purples and that distinctive yellow ochre band. Now it is tacked, ready for quilting, with borders added. Gorgeous. 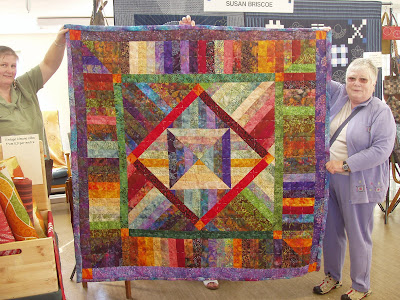 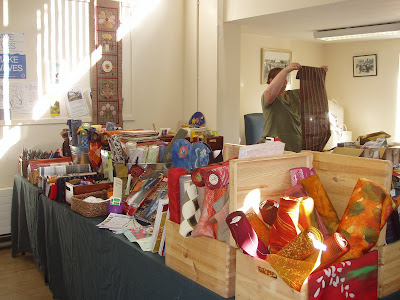 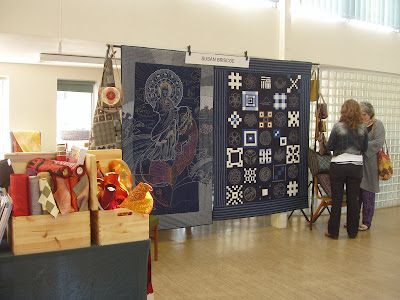 Crafts for All was a show I managed to fit in at the last minute on the first weekend in October. It was held in Bristol and I could only fit in one day. This was the first time (I think) for this show. The next one will be from 1st - 3rd April 2010 - hopefully I'll be able to attend for the whole show. Here is Clare in front of my display & demo area. 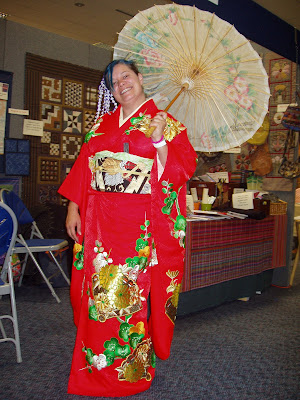 She was dressed in furisode by Jill Clay of Festival of Japan. 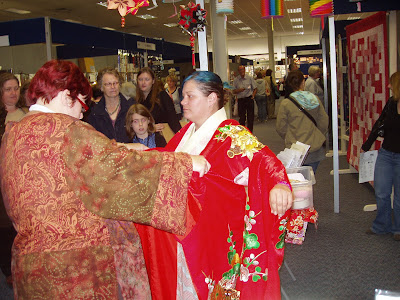 Jill did two kimono dressing demos during the day and both Sunday's volunteers had a lot of fun. Here's the afternoon model chatting to Clare later on. 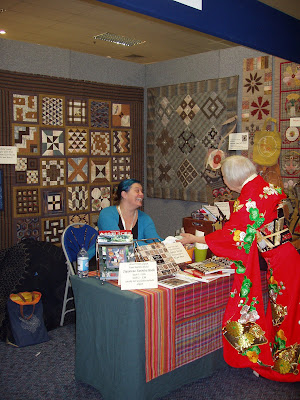 Rather than having a set time workshop, I did a rolling "make and take" session where visitors could learn how to mark and stitch the kusazashi (grass stitch) pattern taught by members of Yuza Sashiko Guild at the Great Northern Quilt Show earlier in the month. 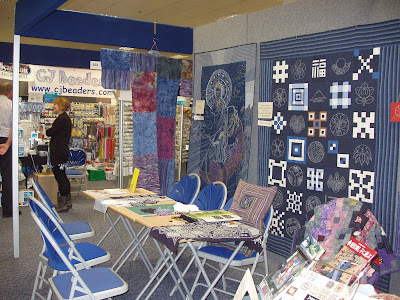 Not many photos from the Autumn Quilt Festival at Malvern - it was so busy, we only got this photo just before demolishing the stand at the end of the show! That's the strange thing with show photos, there's rarely time to take a photo while the show is busy, so those images I do manage to snap are always in the quiet moments, and the halls look deserted! 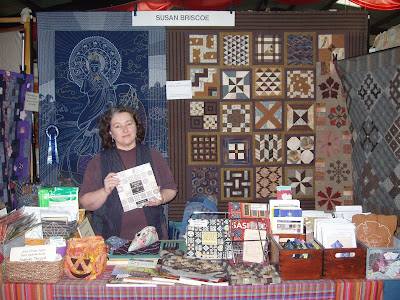 The pumpkin bag from "21 Sensational Patchwork Bags" always gets an outing at this show, as it is held on Halloween weekend - not so much "Trick or Treat" as "which treat?" This year it was full of chocolate limes, lemon sherbets, mints, toffees and fudges - all the old fashioned sweets. 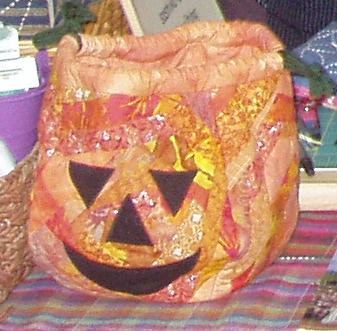