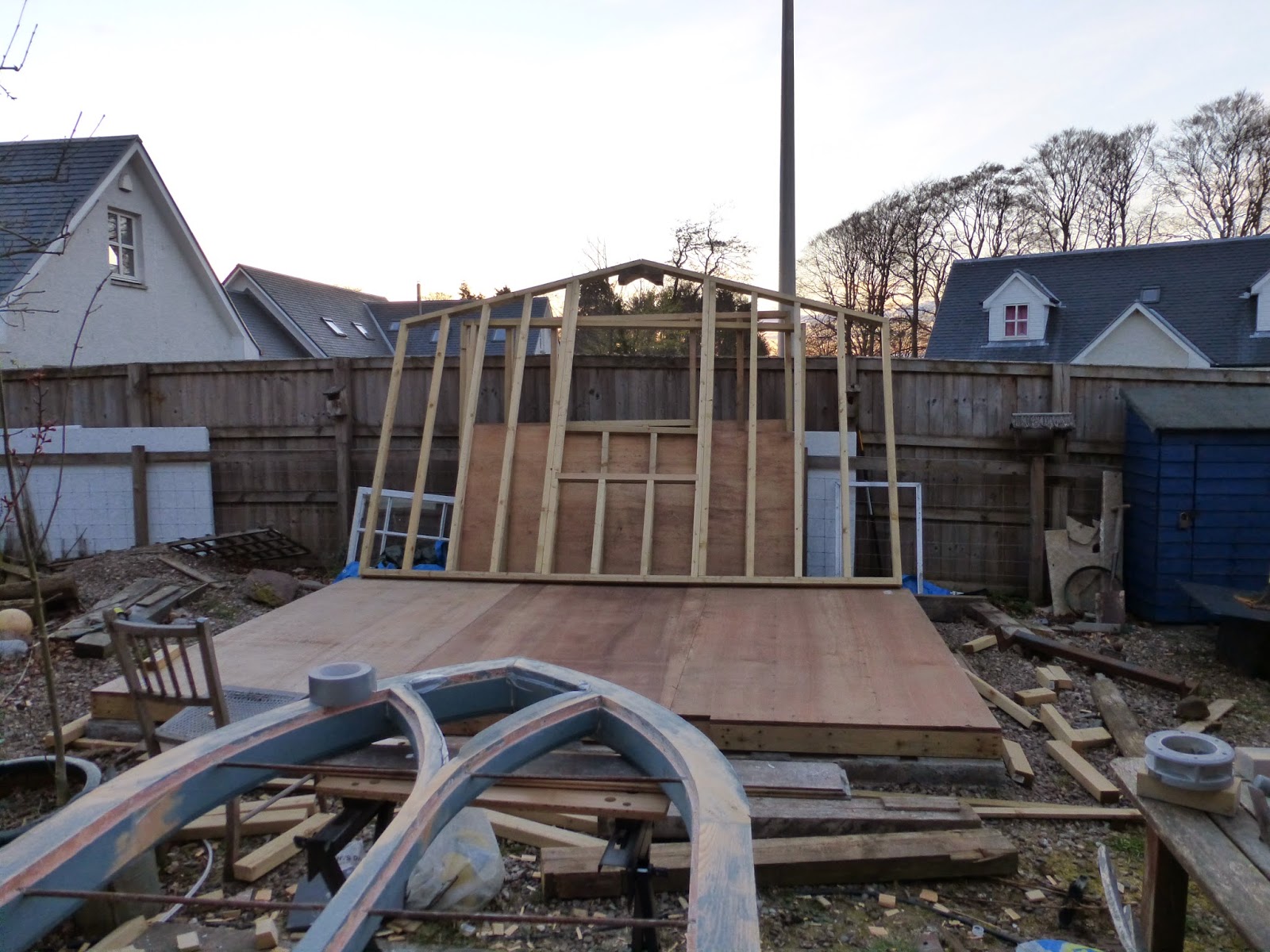 While I've been editing my new book, Glyn has been getting on with the summerhouse.  After constructing the frame for the back wall, repairing the Gothic window frame was the next job, before it can be put into the wall.

The window was salvaged from Plas Newydd, Llangollen in 2005, when an old outbuilding was converted into a gallery/education room.  It had been full of junk, mostly timber and fittings from the two wings that were demolished in 1963.  These weren't part of the original house but were added after the death of the Ladies of Llangollen.  It may be the window in the gable end on the left in this photo - 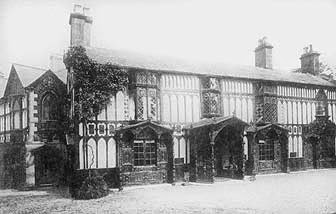 I had it stripped as soon as I got it, but there was still a bit of wet rot in the bottom.  Glyn cut this out, treated the rest of the timber and recast the bottom corners in resin.  The woodwork was in very rough condition but it has been filled and smoothed, ready for painting. 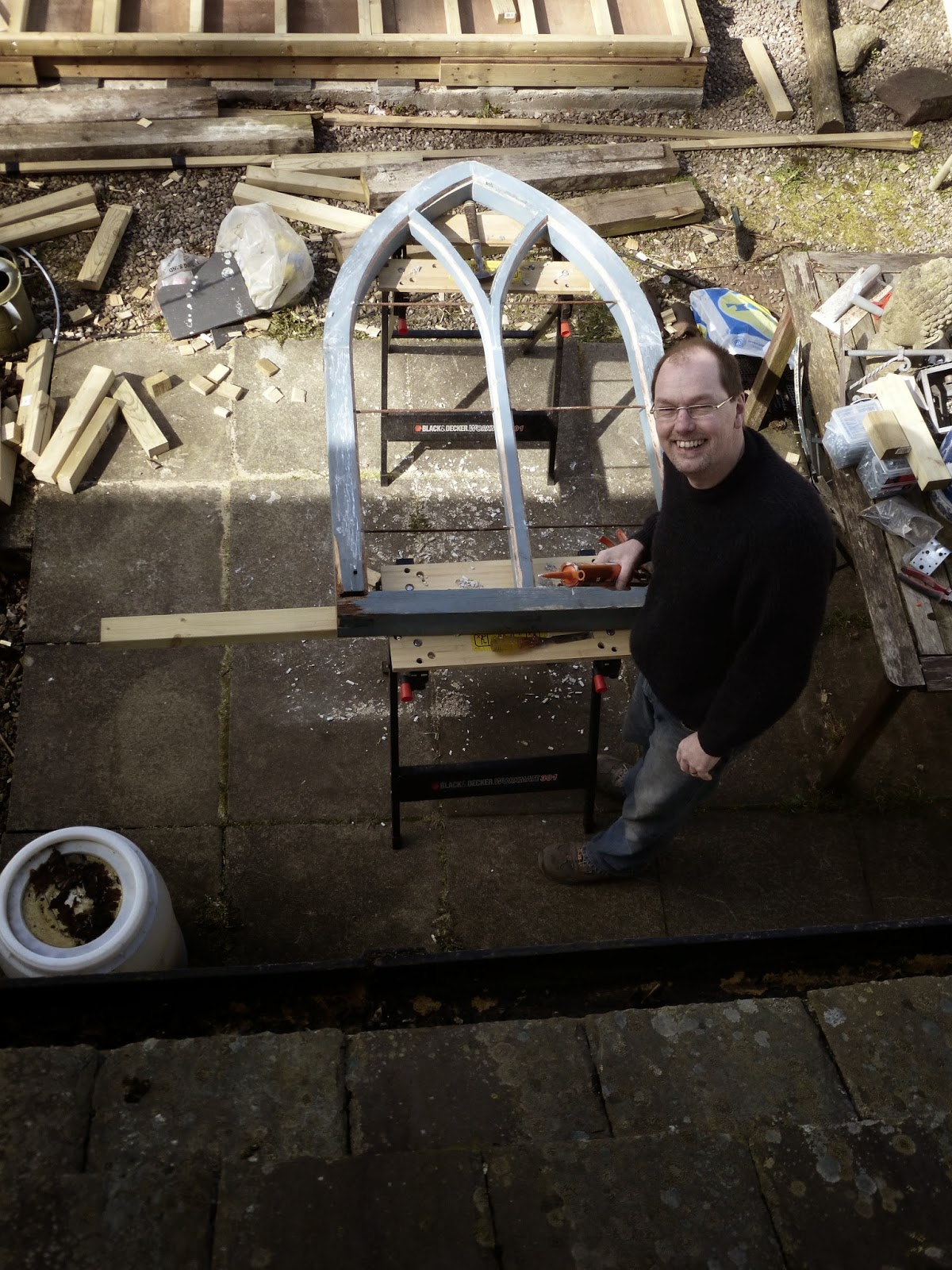 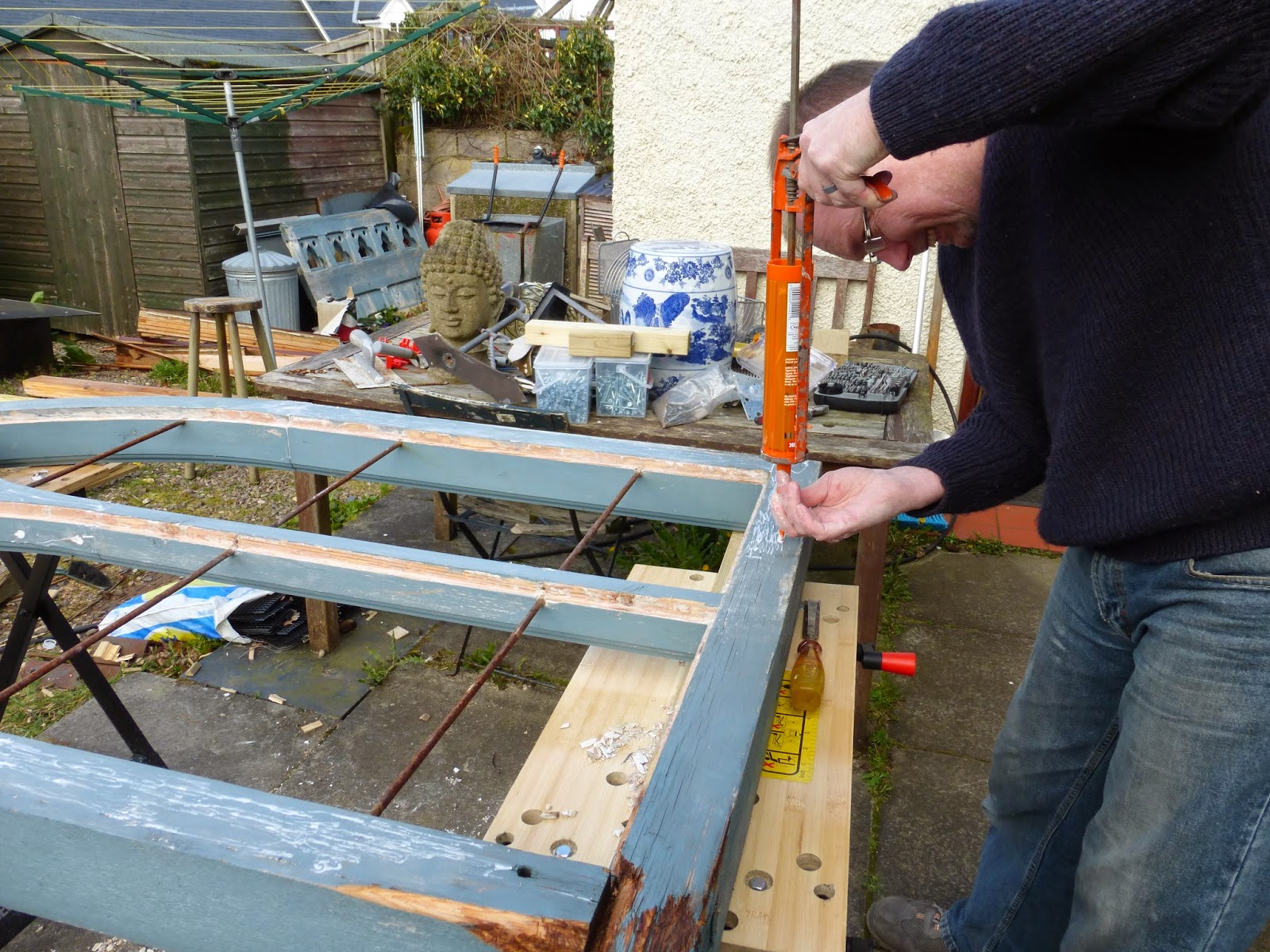 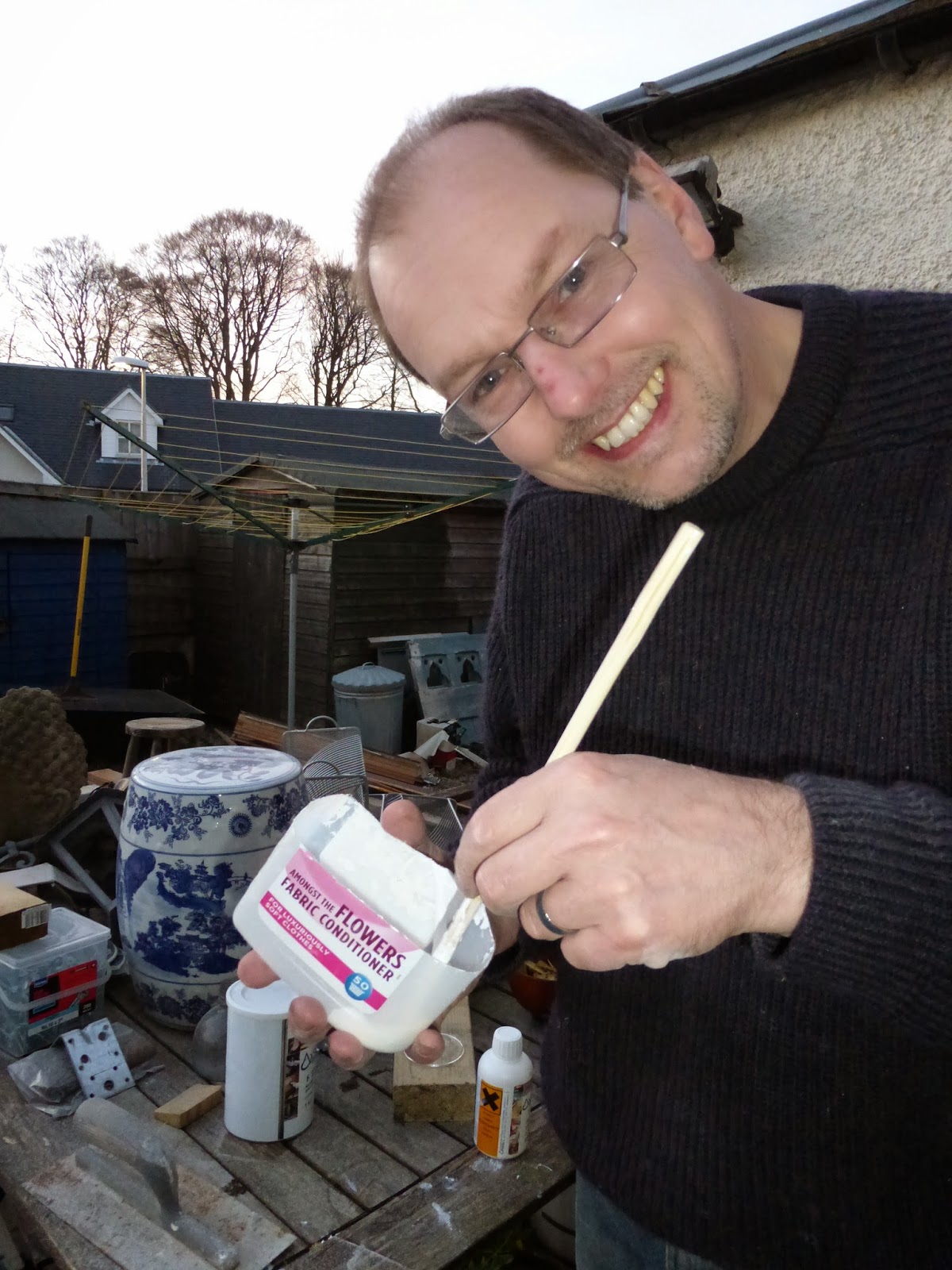 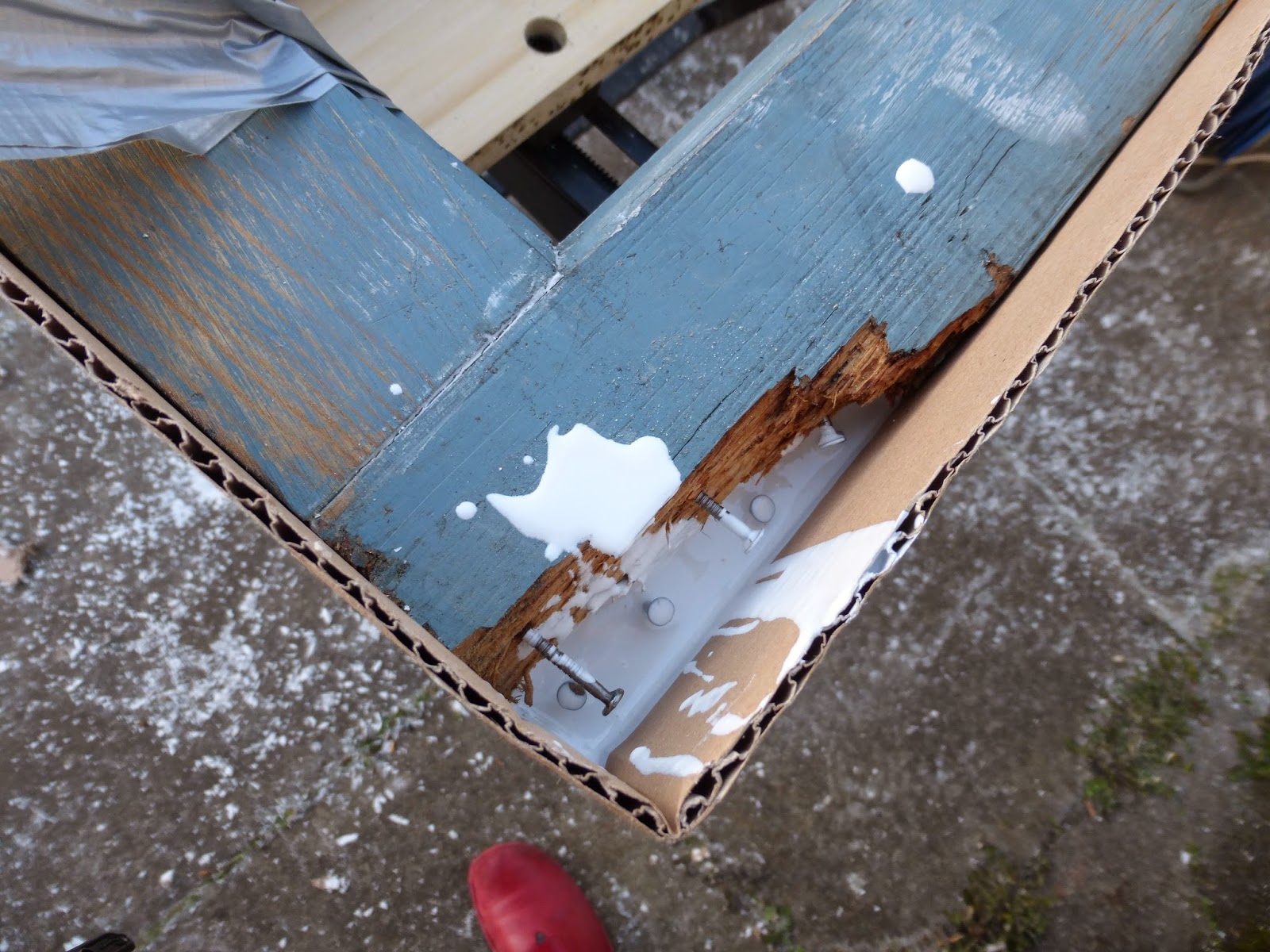 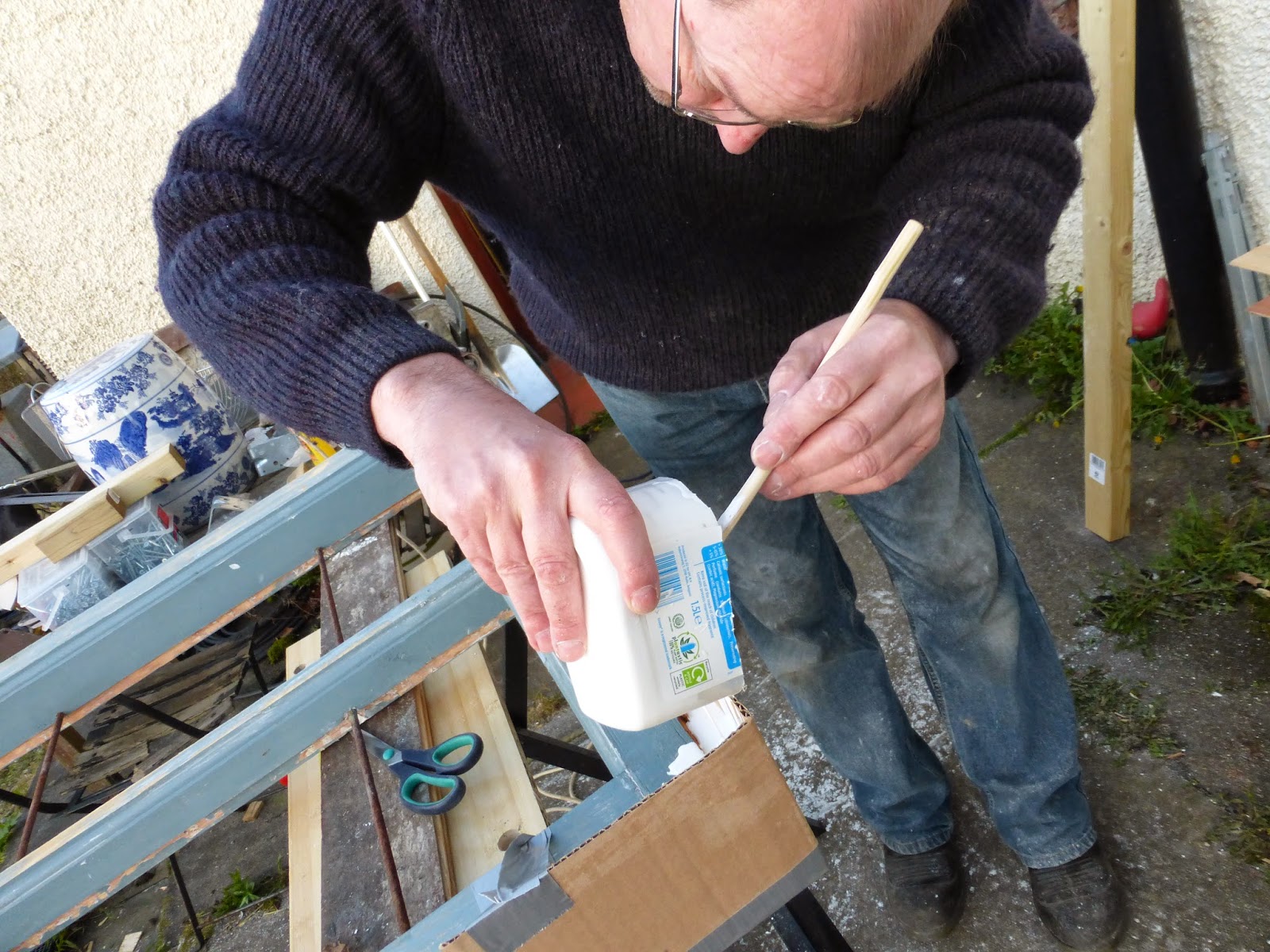 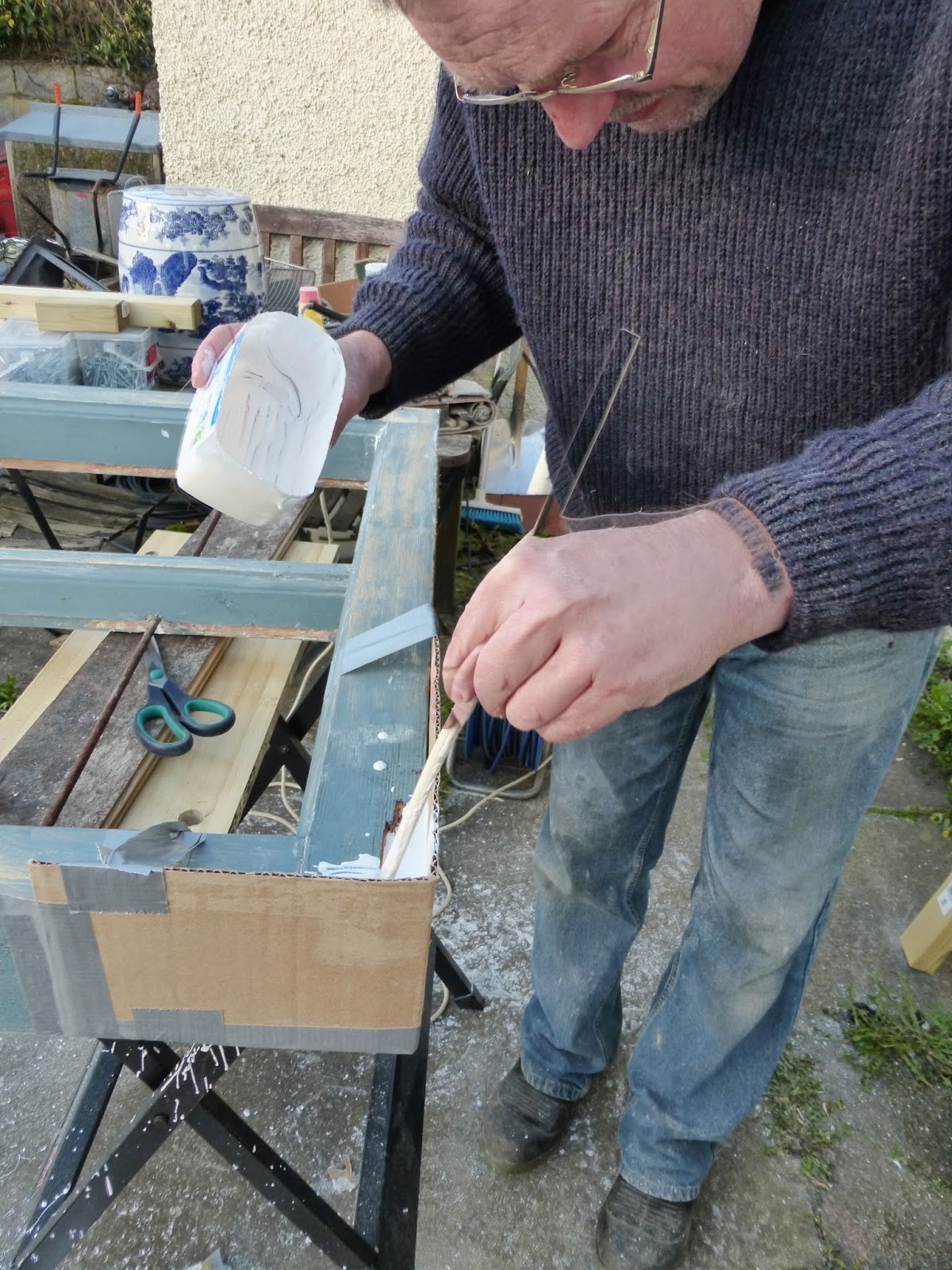 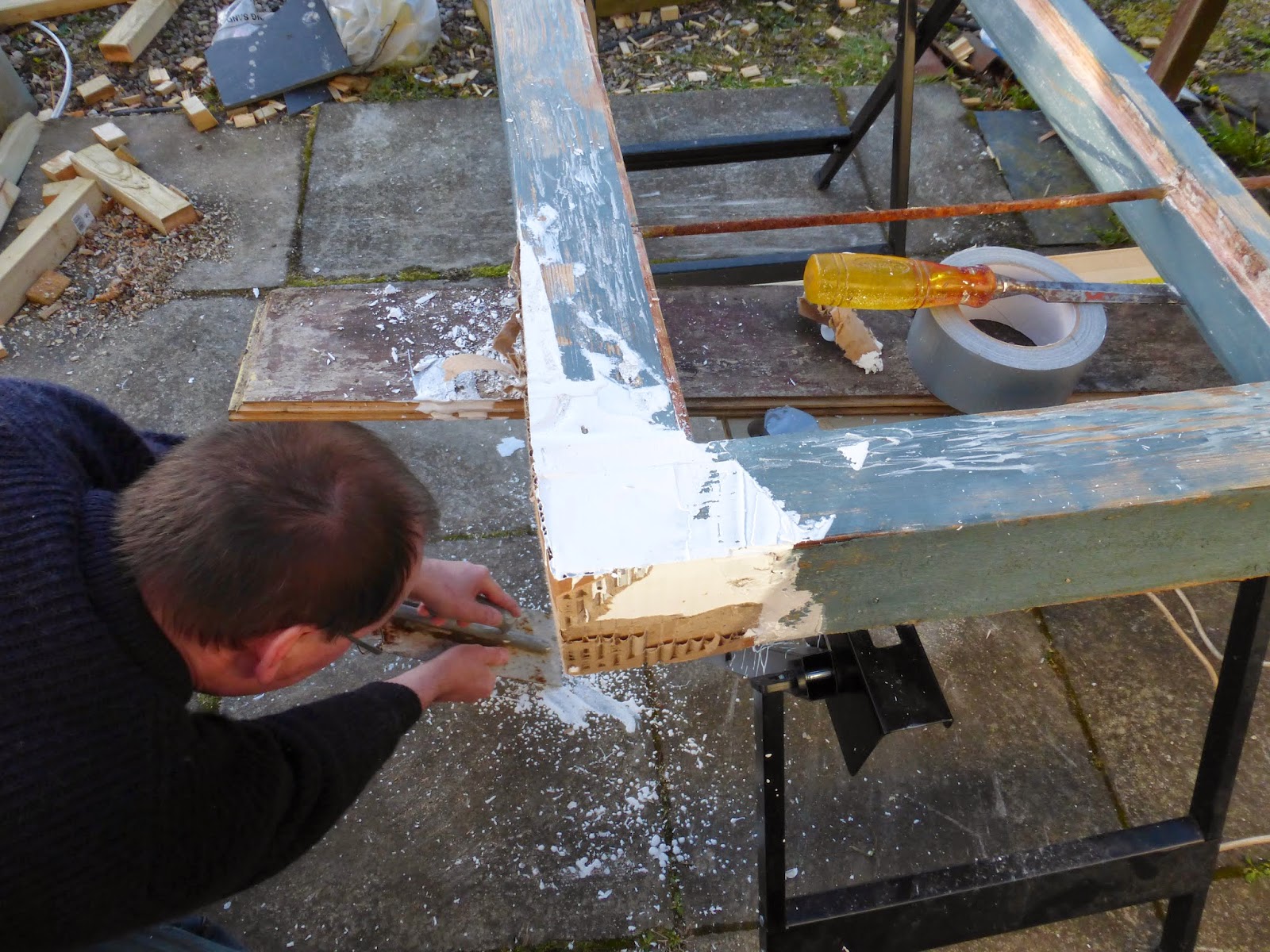 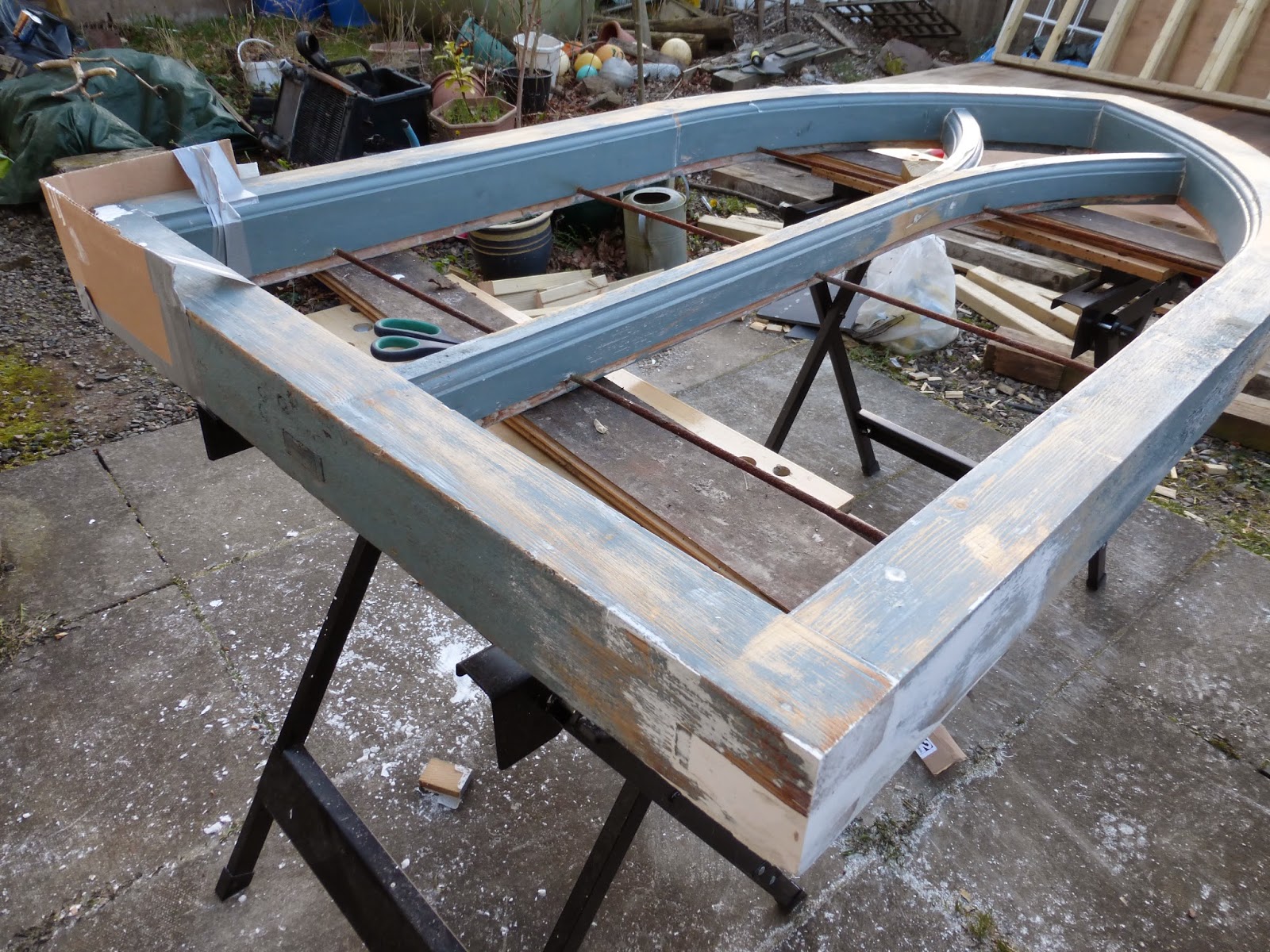 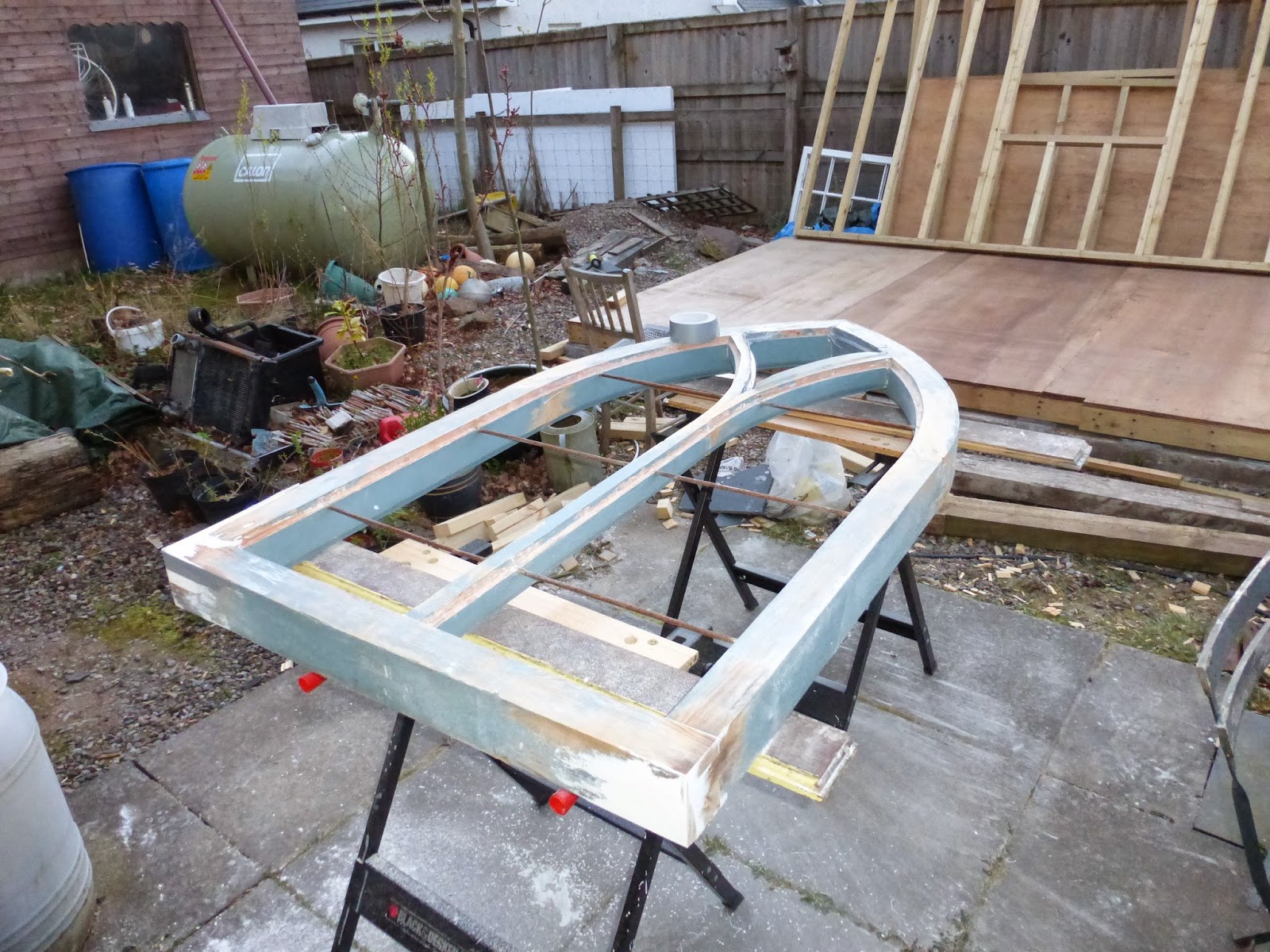 We are going to glaze it with painted perspex.  The other windows and the doors are also salvaged, but not quite as dramatic as this one.
Posted by Susan Briscoe at 14:03