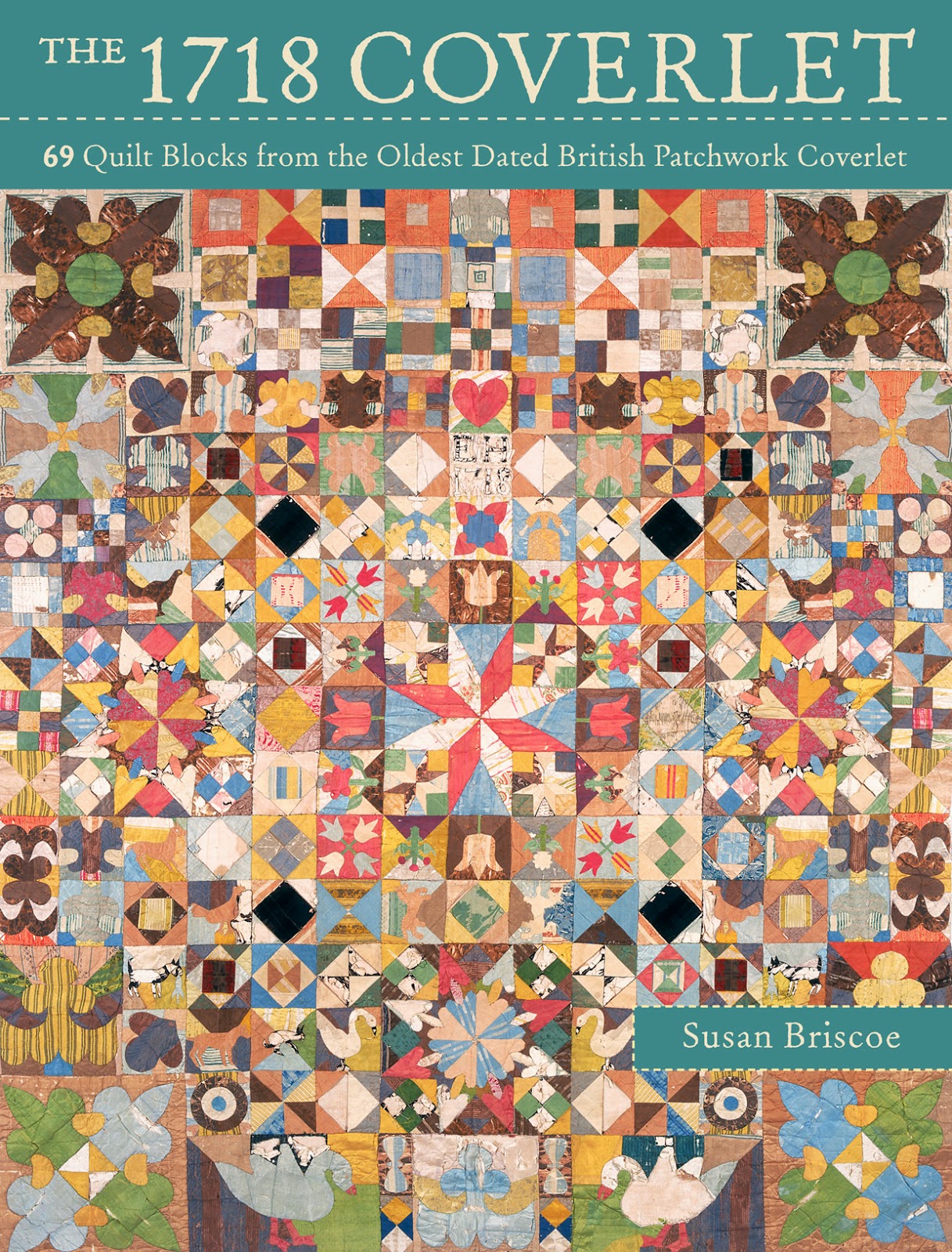 My next book! We are finishing off the editing over the next week and the book is scheduled for publication in August, hopefully in time for Festival of Quilts.  This is what I've been really busy with over the last six months or so, but we were keeping it under wraps.  Royalties from the sale of the book will go to towards the charitable aims of The Quilters’ Guild of the British Isles, which include the upkeep of the quilt collection of The Quilters' Guild of the British Isles, housed at the Quilt Museum and Gallery, York.  The image on the cover is the original coverlet, which is the star of the book, with all new high resolution photographs and newly drafted block patterns.  Put it on your wishlist!

UPDATE - I should have mentioned, the original is going on show at the museum in York in the autumn, 5th September to 13th December 2014.   LOL, I suppose this is the first book I've 'ghost written' - literally.  It has been quite strange at times drafting patterns and writing instructions for someone else's blocks, especially when that person isn't around to ask for info.  I also forgot to mention that the instructions are for the original technique AND modern techniques (i.e. machine patchwork, needle turn applique, freezer paper applique etc.), so you don't have to make everything over papers.
Posted by Susan Briscoe at 09:02

How exciting Susan - it's on my wish list straight away!

Is this the complete pattern? I love this quilt. I remember when a woman in my quilt group put her down to make an intermediate block in their reproduction. We all agreed we couldn't do it.... I would applique some of those shapes, lols.

Yes, it is the whole thing, will full size templates - the Goose block at the bottom of the coverlet was a bit of a pain, because we've had to put it over two pages, no other way to do it. Where there are duplicates of blocks, we've just got one pattern of course, and I've either merged features of both blocks together, used the replica coverlet's piecing or based the template for both on what seems the 'better' block of the two. Certainly the maker changed her mind about the exact structure of the piecing on some of the more elaborate blocks. I've presented all of them with 'original technique' and 'modern technique', so you can applique/machine piece them all.

Looks beautifull!!! And when your book is on for sale in september. It's going on my birthday list. :)

Whow.. where can i order this book pls???