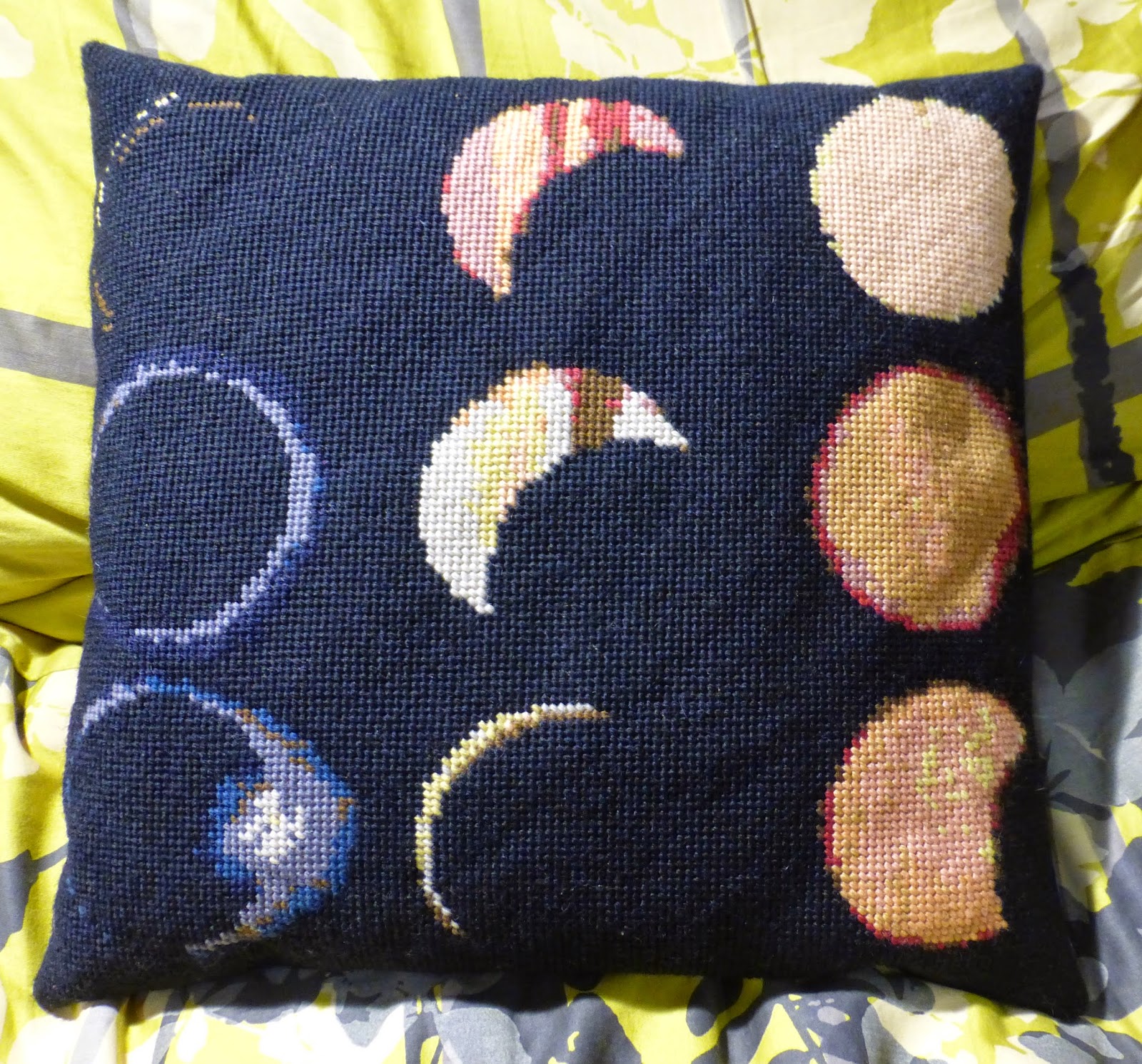 In case you can't see tomorrow's solar eclipse very well from your part of the planet (we have light cloud forecast, so I am crossing my fingers), here's my solar eclipse needlepoint cushion I made around the time of the last eclipse visible in the UK, in August 1999.  I used a cross stitch programme to create a chart from an image found on the internet and it was stitched using DMC needlepoint wools on 10 count canvas, so it was a fairly quick project.  The size is around 14in square.

I forgot which was the right way up when I took the photos - the top is on the right! 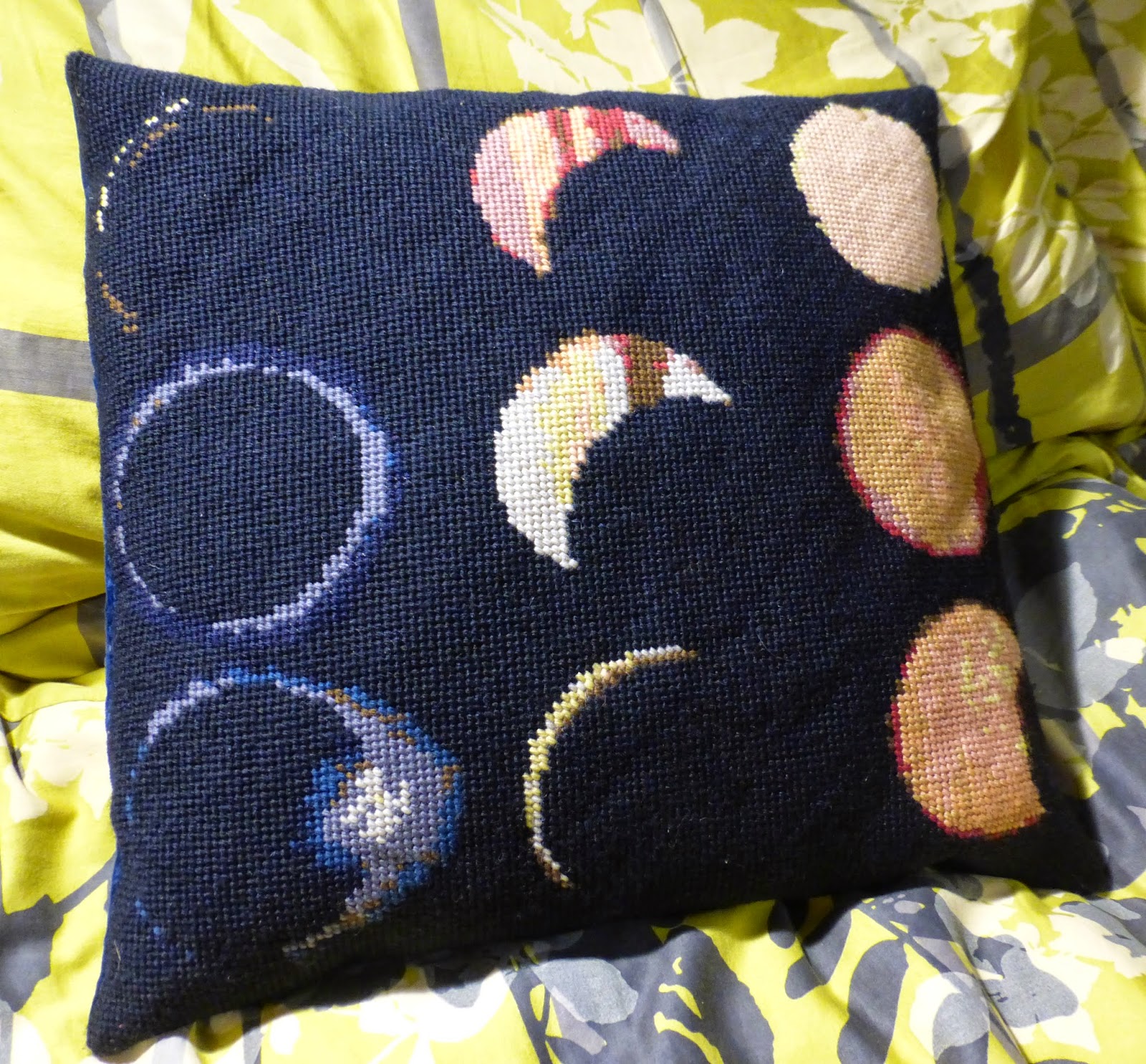 Sorry I can't post the chart - it is on my old HP computer, which isn't set up at the moment, and I don't know where the printout is right now.  It is the kind of thing I will have kept somewhere!

I had to take three photos because the cushion pad is sewn in and I can't remove it easily for a photo, so the image is curved at the edge.  I like the idea of stitching unexpected things. 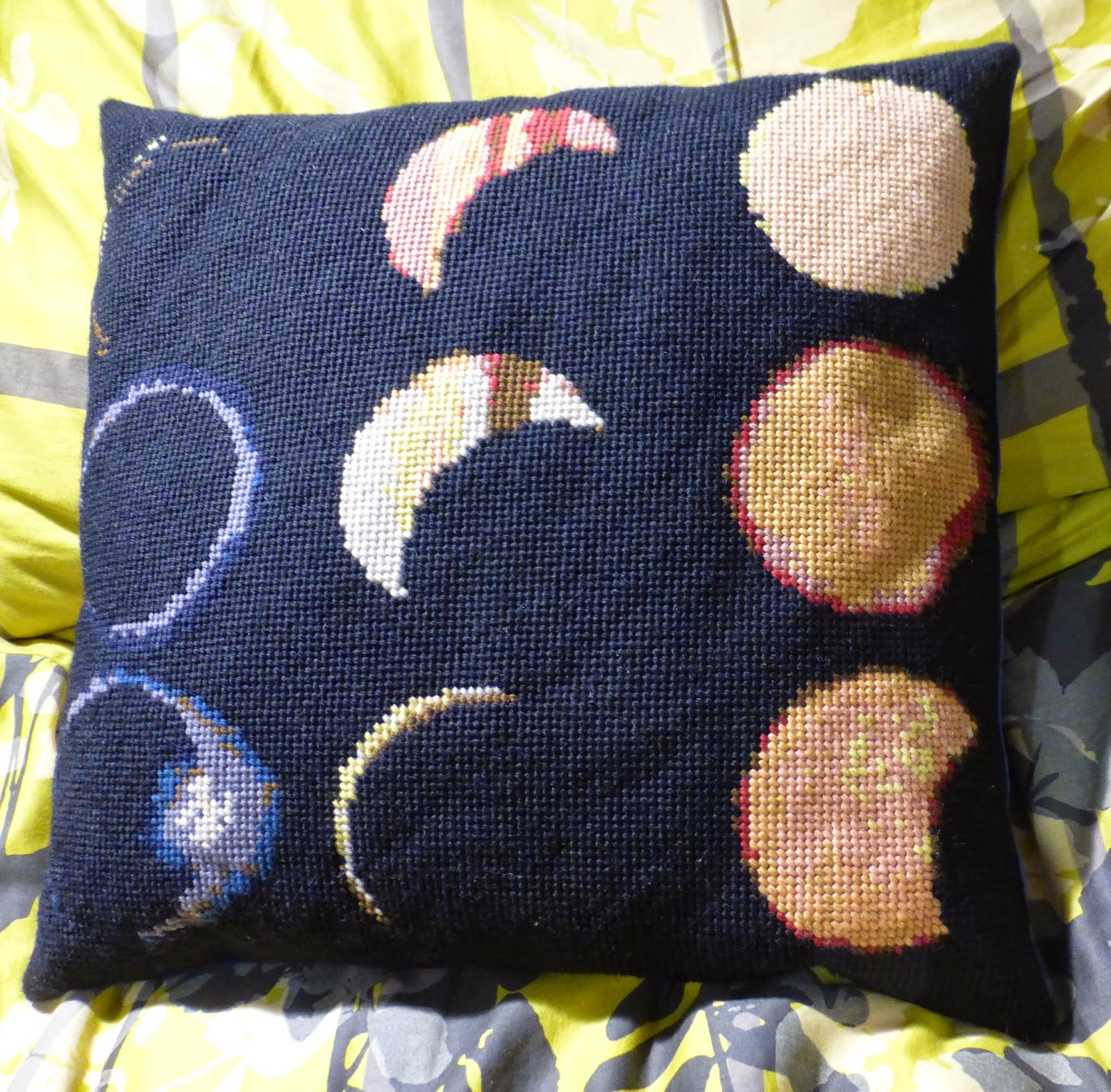