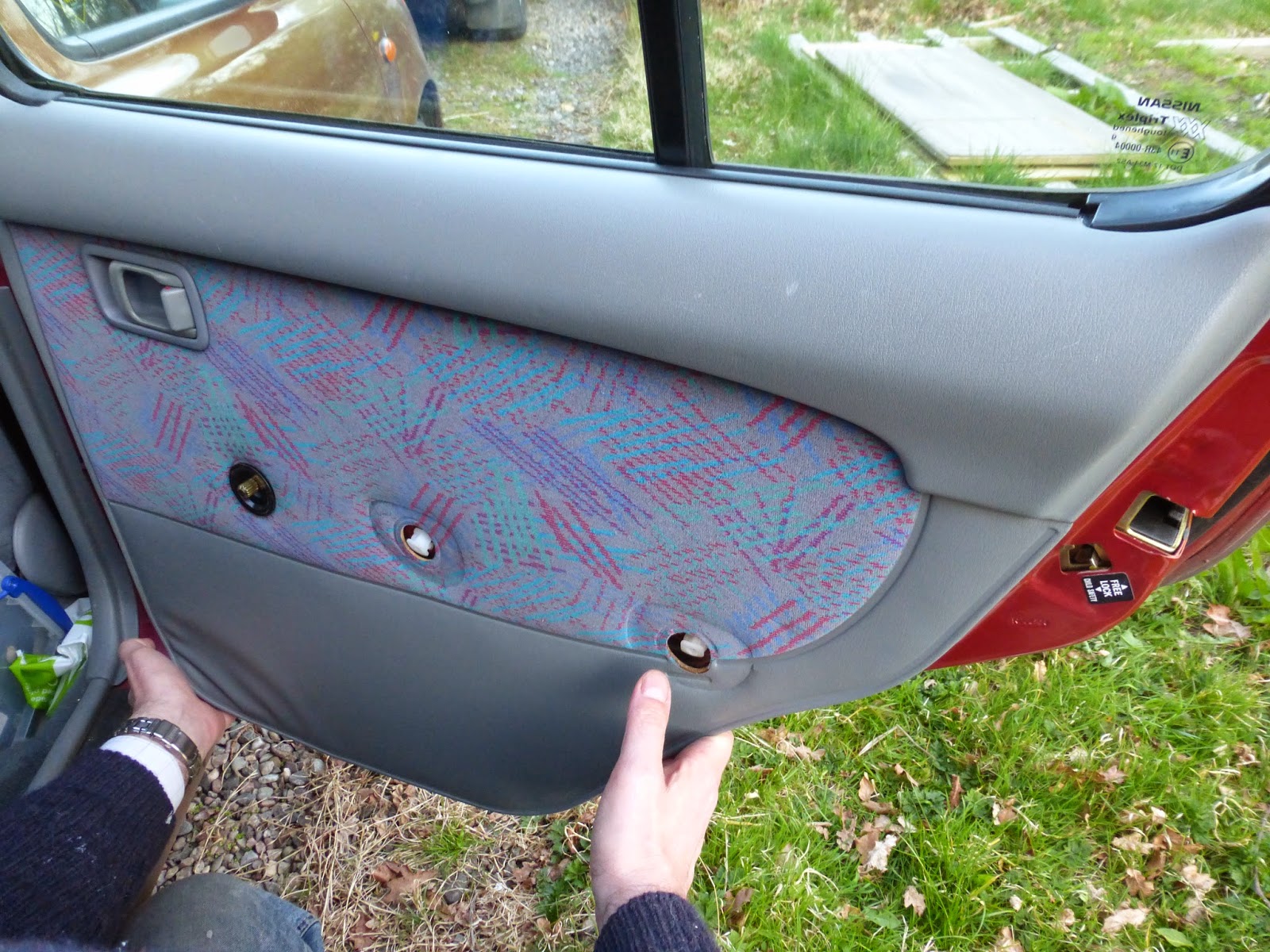 We put the replacement door on the Micra last night, removing the one that was very badly dented a couple of weeks ago.  I want to make a small quilt (or perhaps a couple of back seat cushions) capturing the amazing 'Chromaflair' paint, with the car done in applique.  I've got some two tone silk on order and might mix in some shot cotton in the same mixture, and I think I should take other fabric ideas from the door panel trim - I think the middle one could be recreated on fabric with wax crayon resist.

The door I managed to track down on eBay had already had the internal trim removed, otherwise it would have been a much more straightforward job.  Glyn had the knack to prise off the door panel. 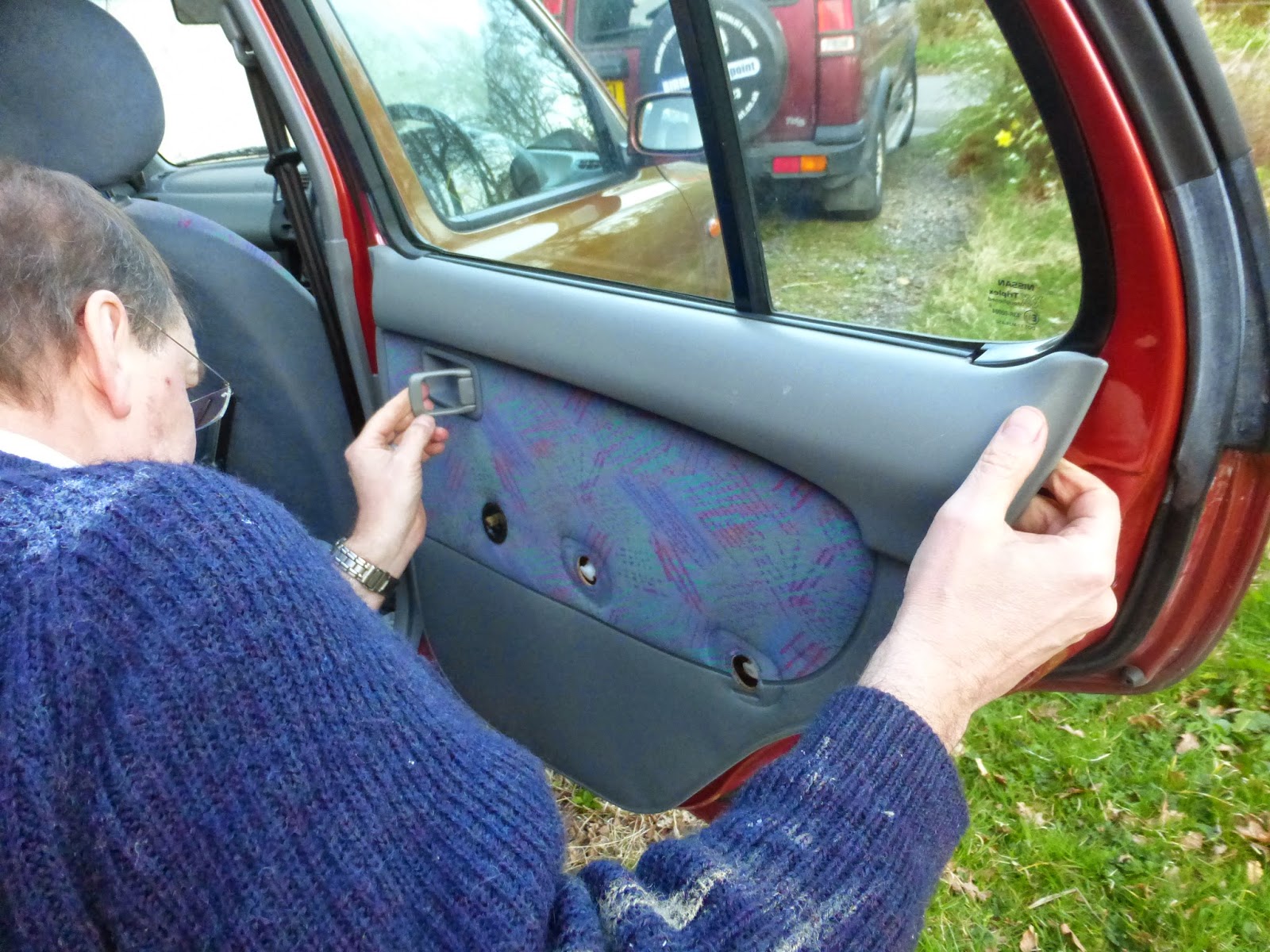 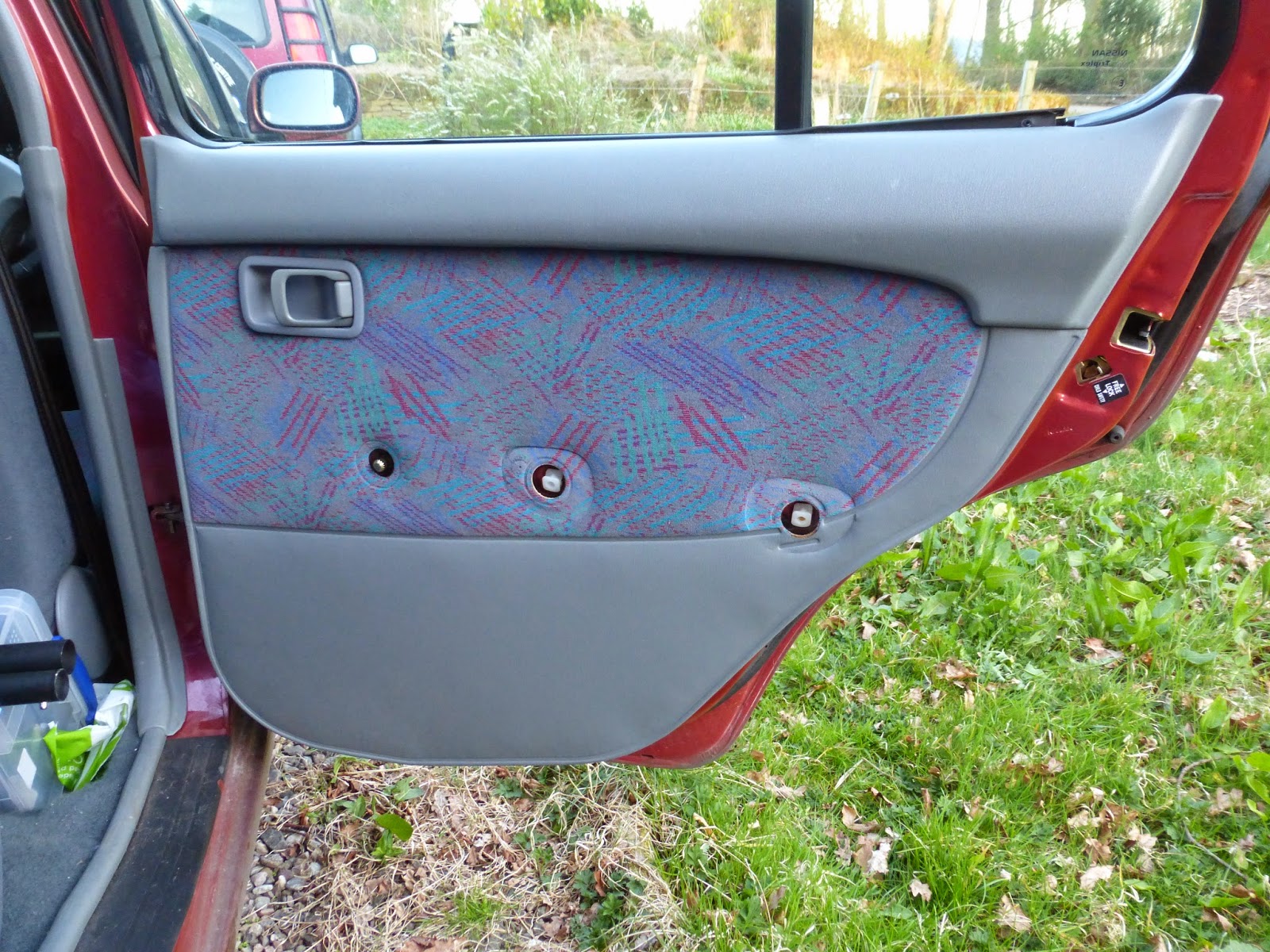 The central locking works via the plug in cable in near the hinges, so that wasn't too hard to do. 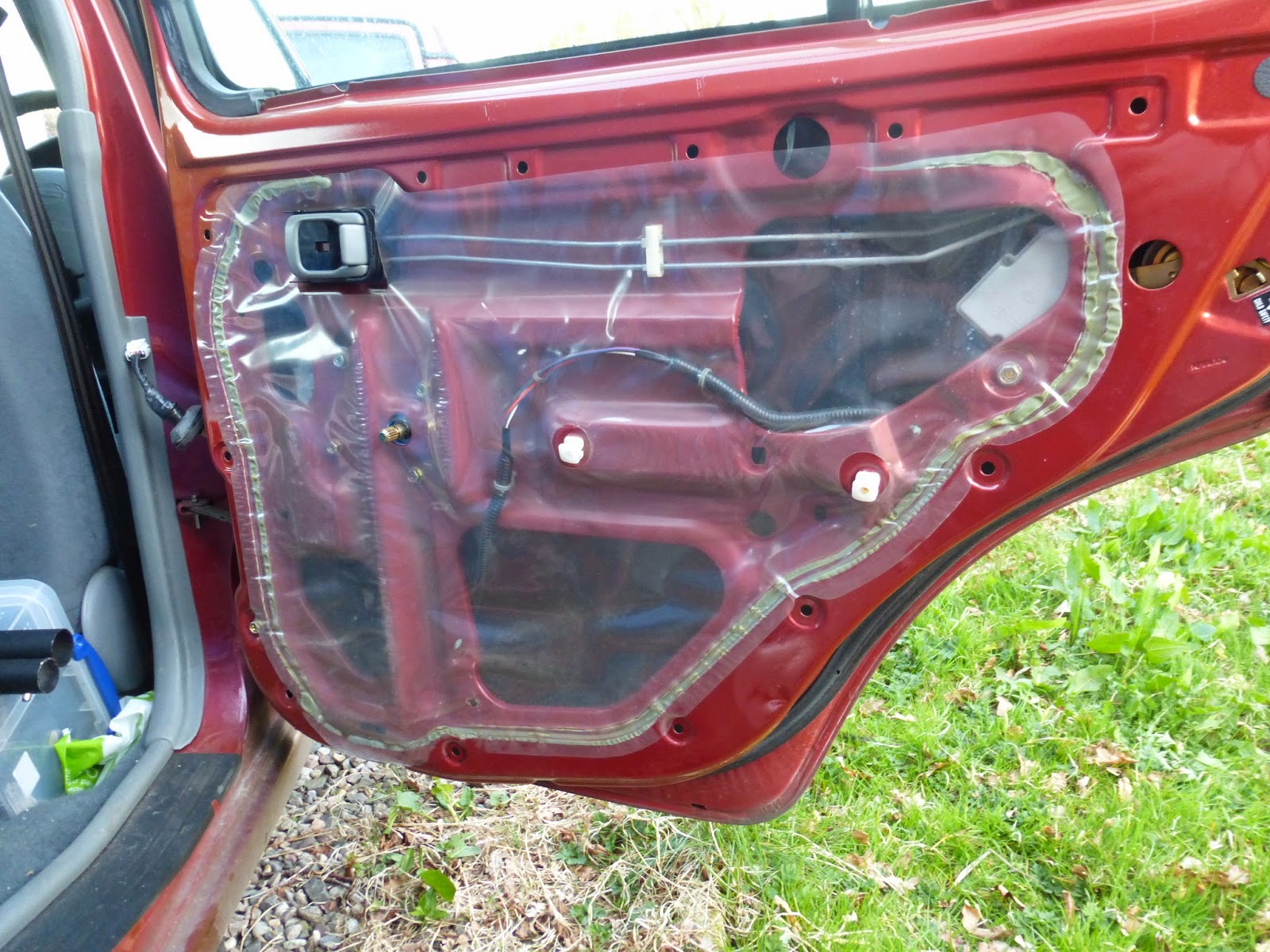 Unbolting the hinges, with me holding the door up.  We got another set of hinges with the 'new' door, just in case the dent had twisted our hinges, but they were fine to reuse. 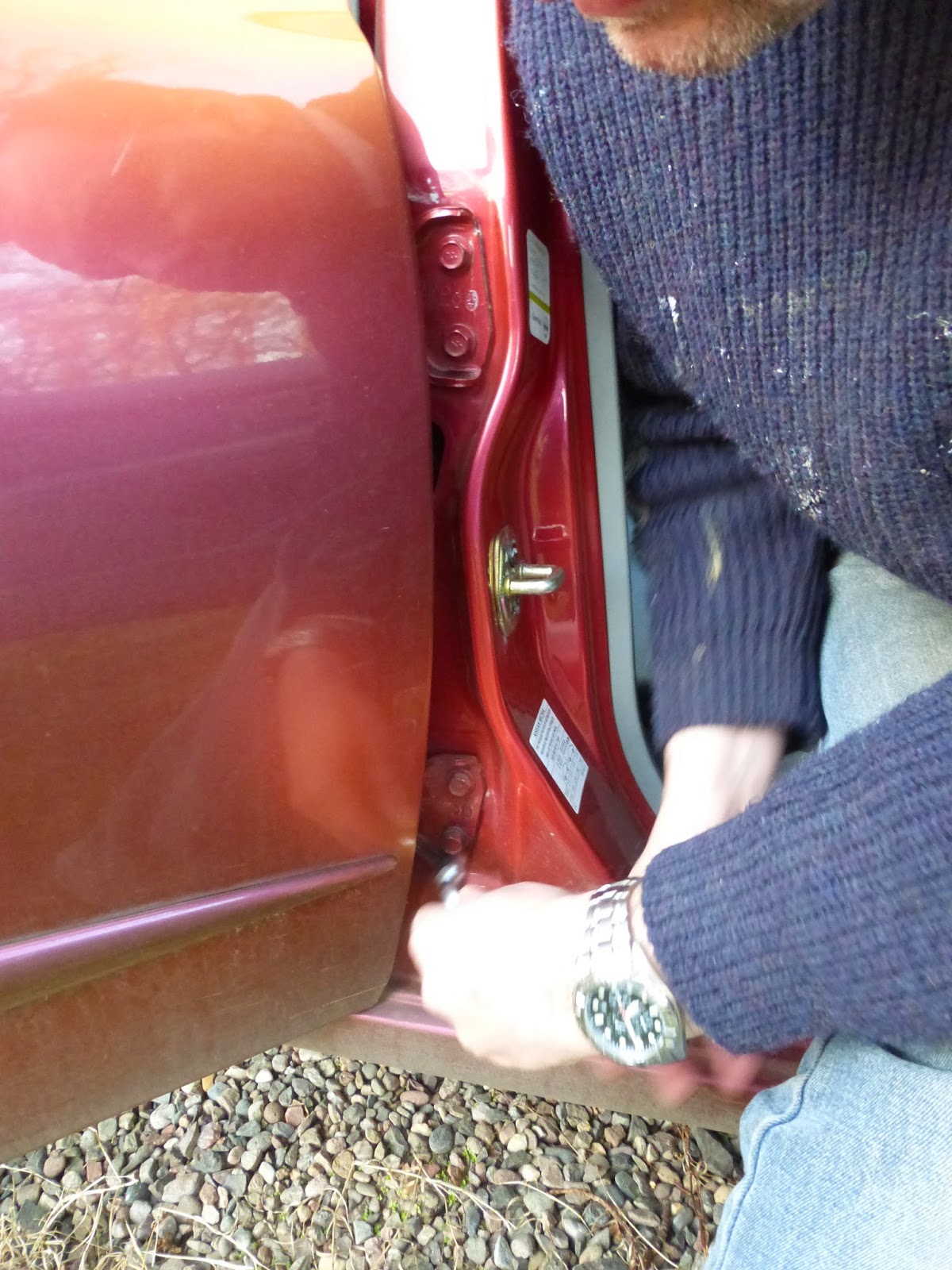 The 'new' door.   It has some very superficial scuffs which should polish out. 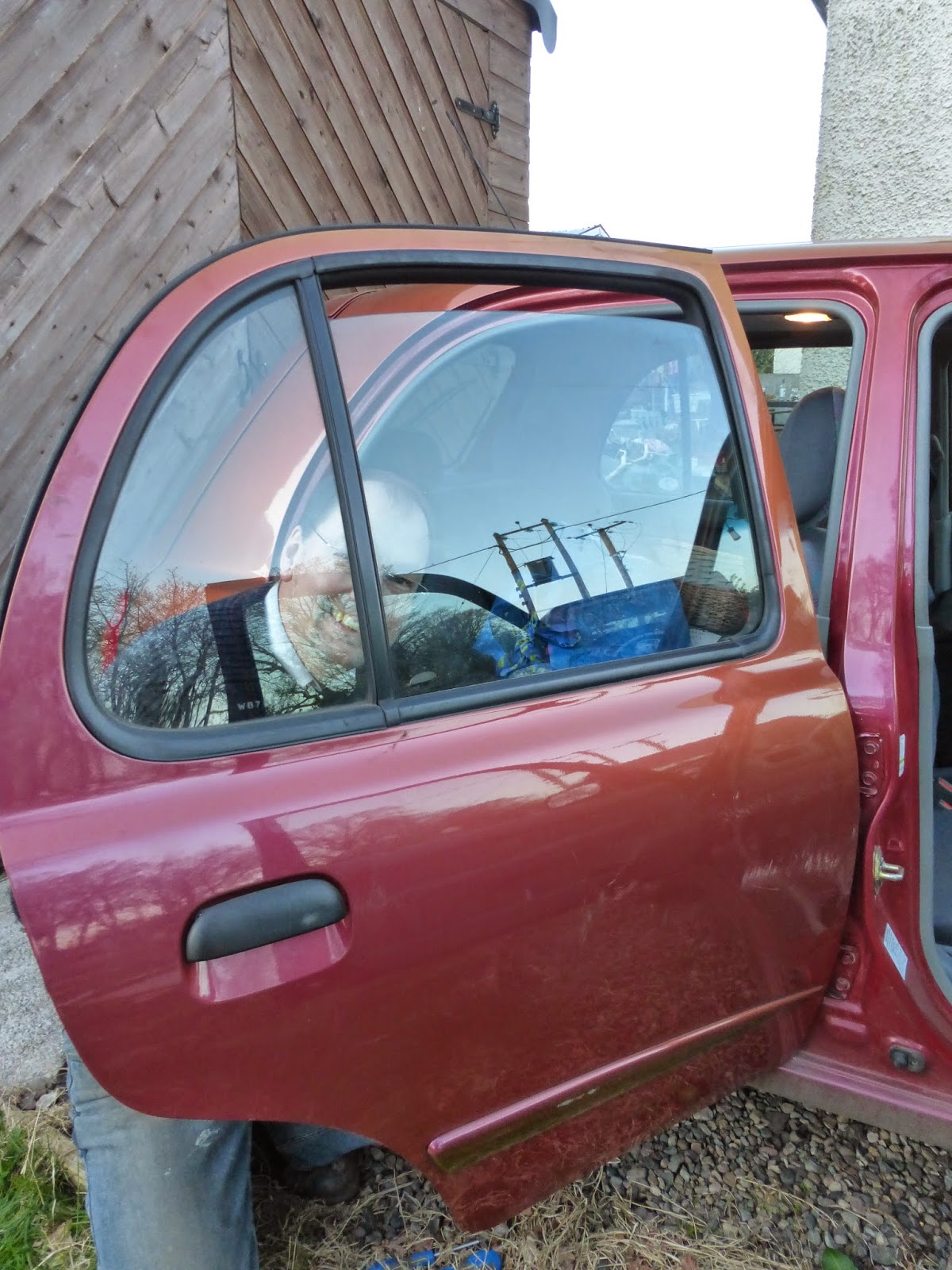 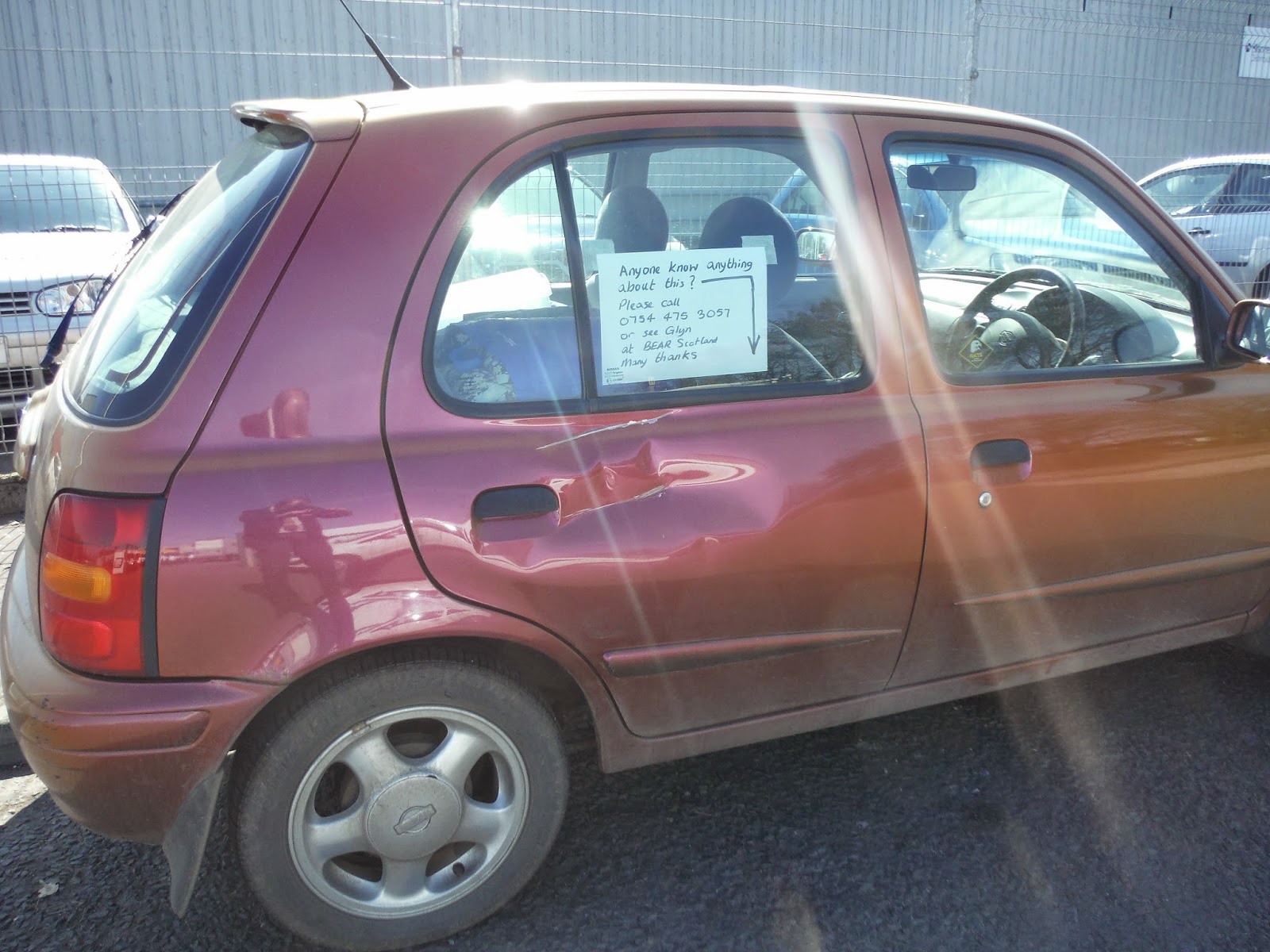 ... to this!  You really can't tell that the door came from another vehicle - the paint job is identical.  I've sometimes needed to match out of print fabric but, until this happened, I had no idea that matching car paint finishes could be even trickier.  So the little car is ready for me to drive down to the Quilters' Guild conference this weekend, where I'm one of Friday's speakers.  And it has given me an idea for a quilt exploring that colour effect. 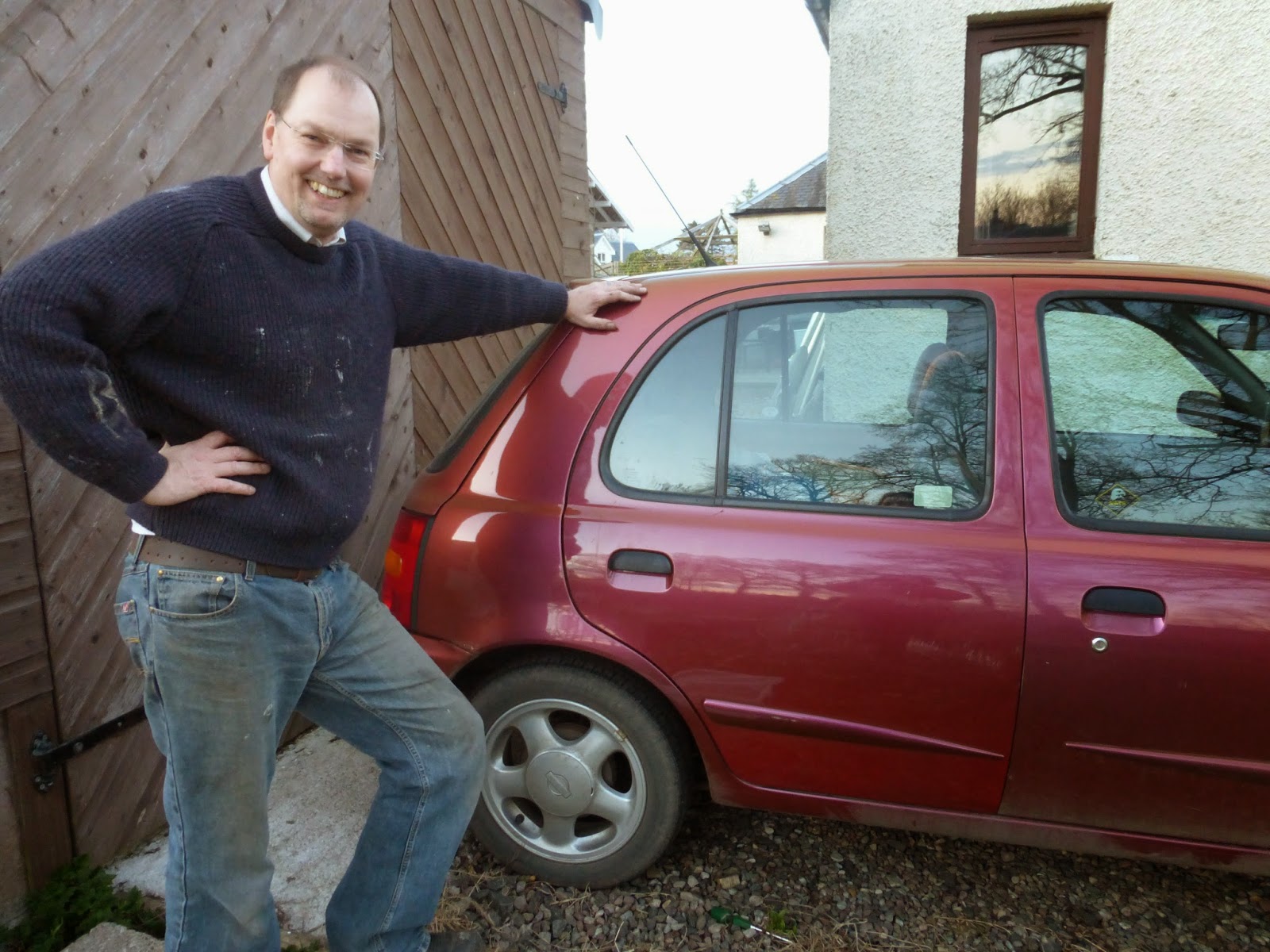 the two of you are beyond handy....I can't imagine changing out a car door.... I don't even change tires any longer....