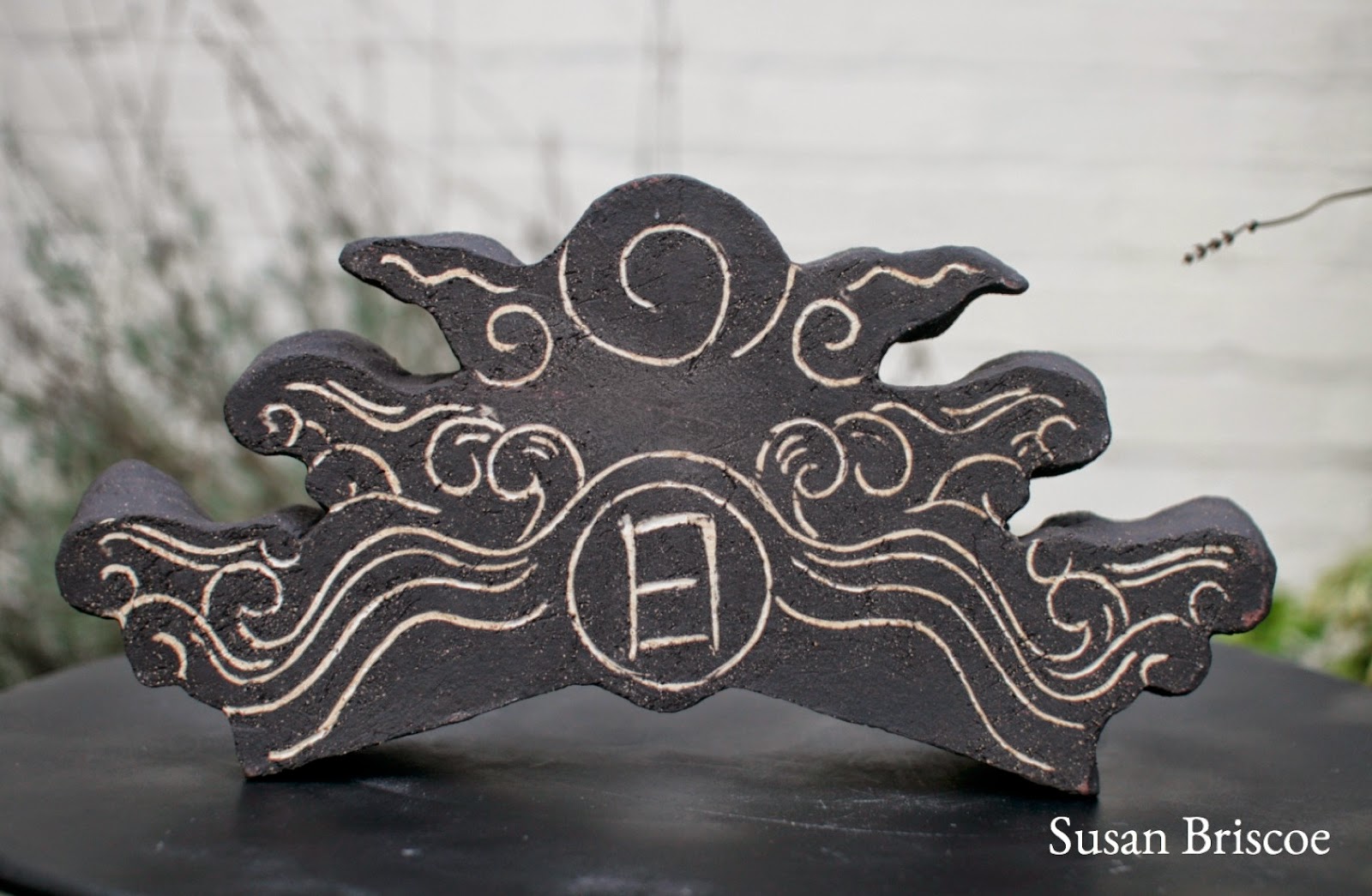 This weekend, we are hoping to get the barge boards designed, cut and added to the summerhouse gables, and get the home made onigawara roof finials on too.  Like this large onigawara ("demon tile" - photo below) near the Sanno Club, Sakata city, it will be wired in place as well as secured at the bottom. 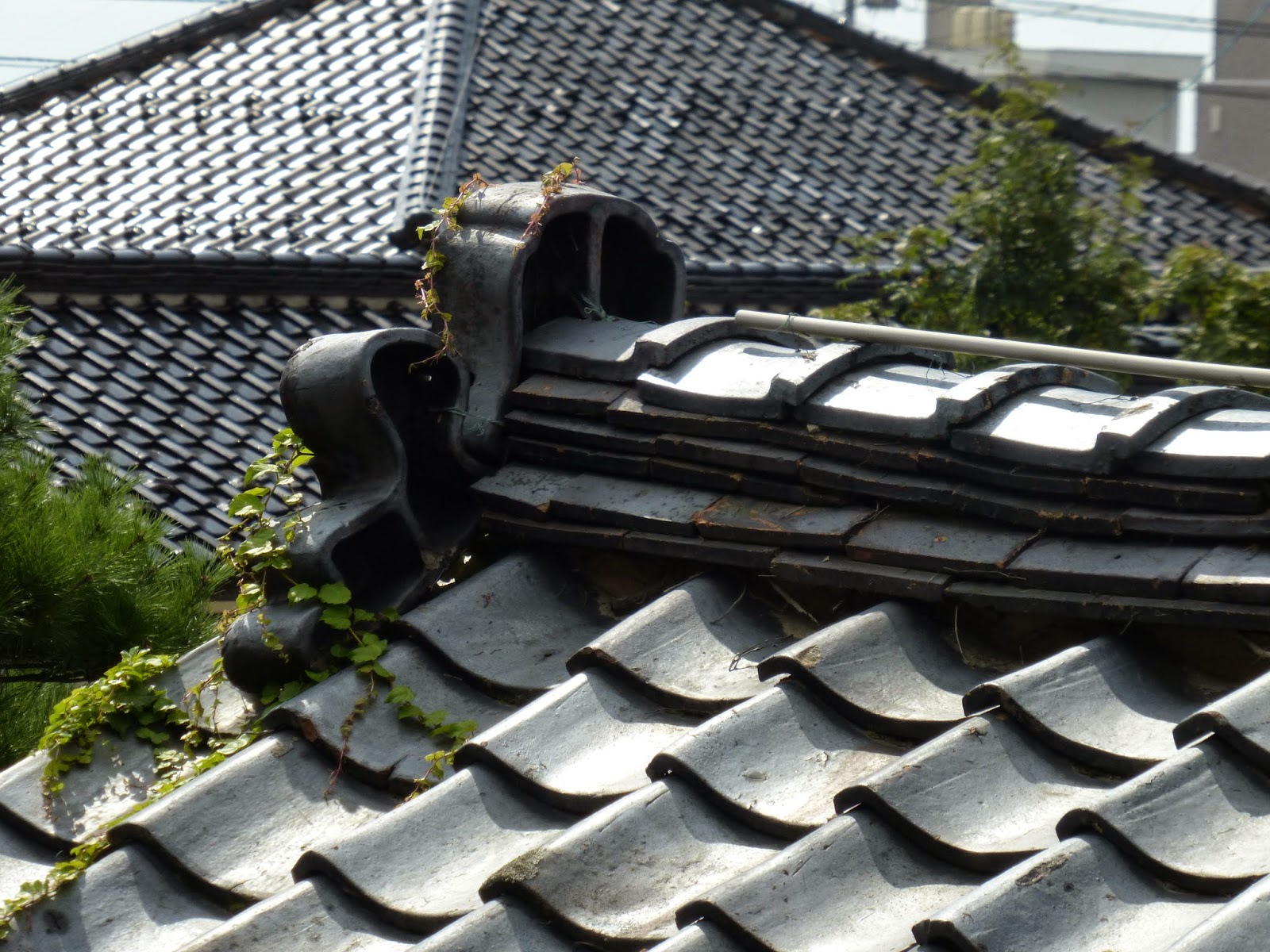 We always intended to do something decorative with the barge boards and I am taking my inspiration from these old barge boards I saw displayed in the entrance to the kura storhouse at Kyu Abumiya, a nineteenth century merchants house in Sakata city which is now a museum (and was used as a film location for the recent remake of 'Oshin'). 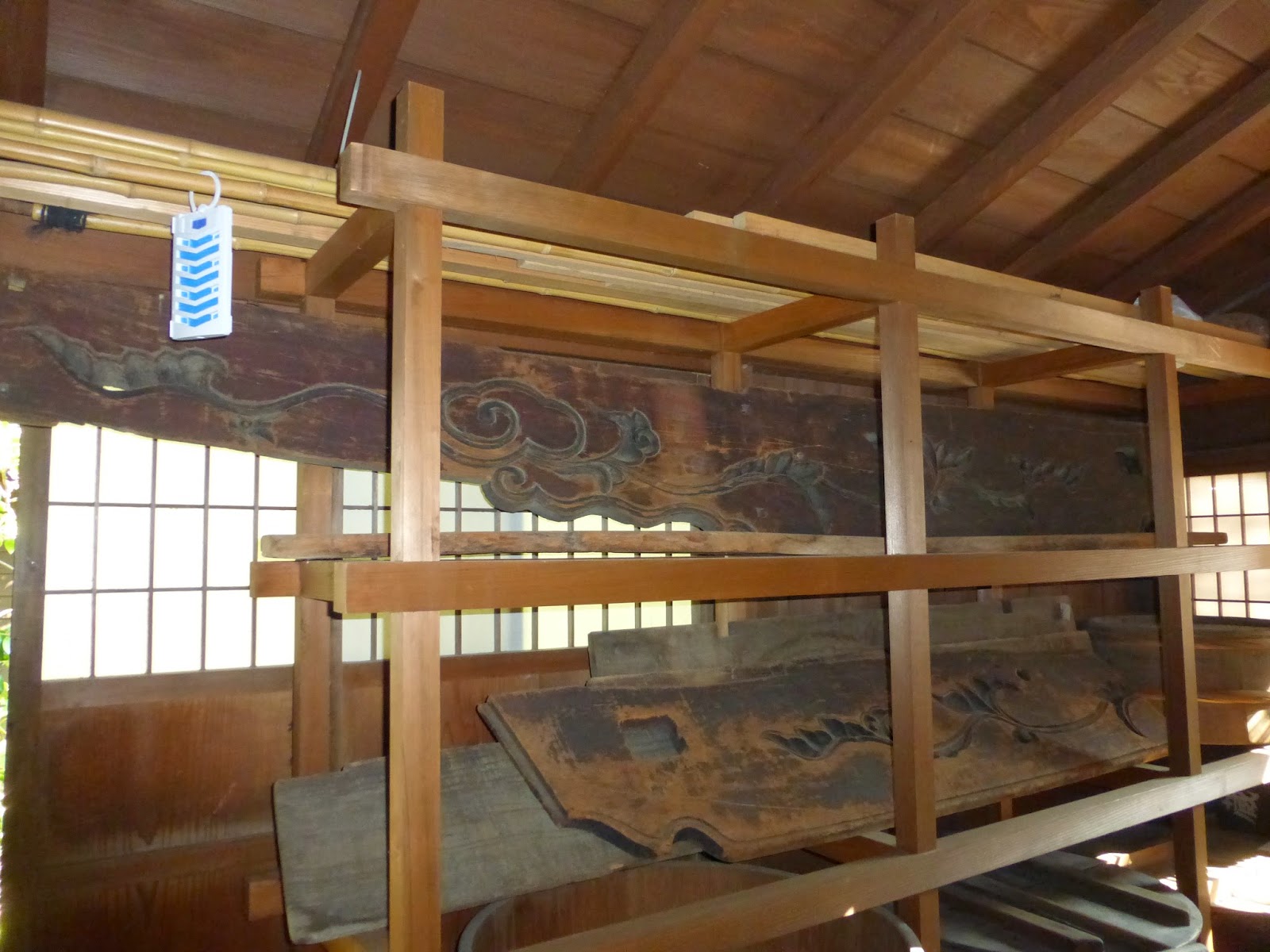 Our boards are white upvc, so the design will be cut out rather than carved into the boards.  The clouds are the same kind of motif as I used for the onigawara.  Apparently, having clouds and water swirls on the roof protects against leaks.  First we will need to make a note of where the rafters wil touch the back of the barge boards, so we don't end up with any rafter ends showing through the cut outs. 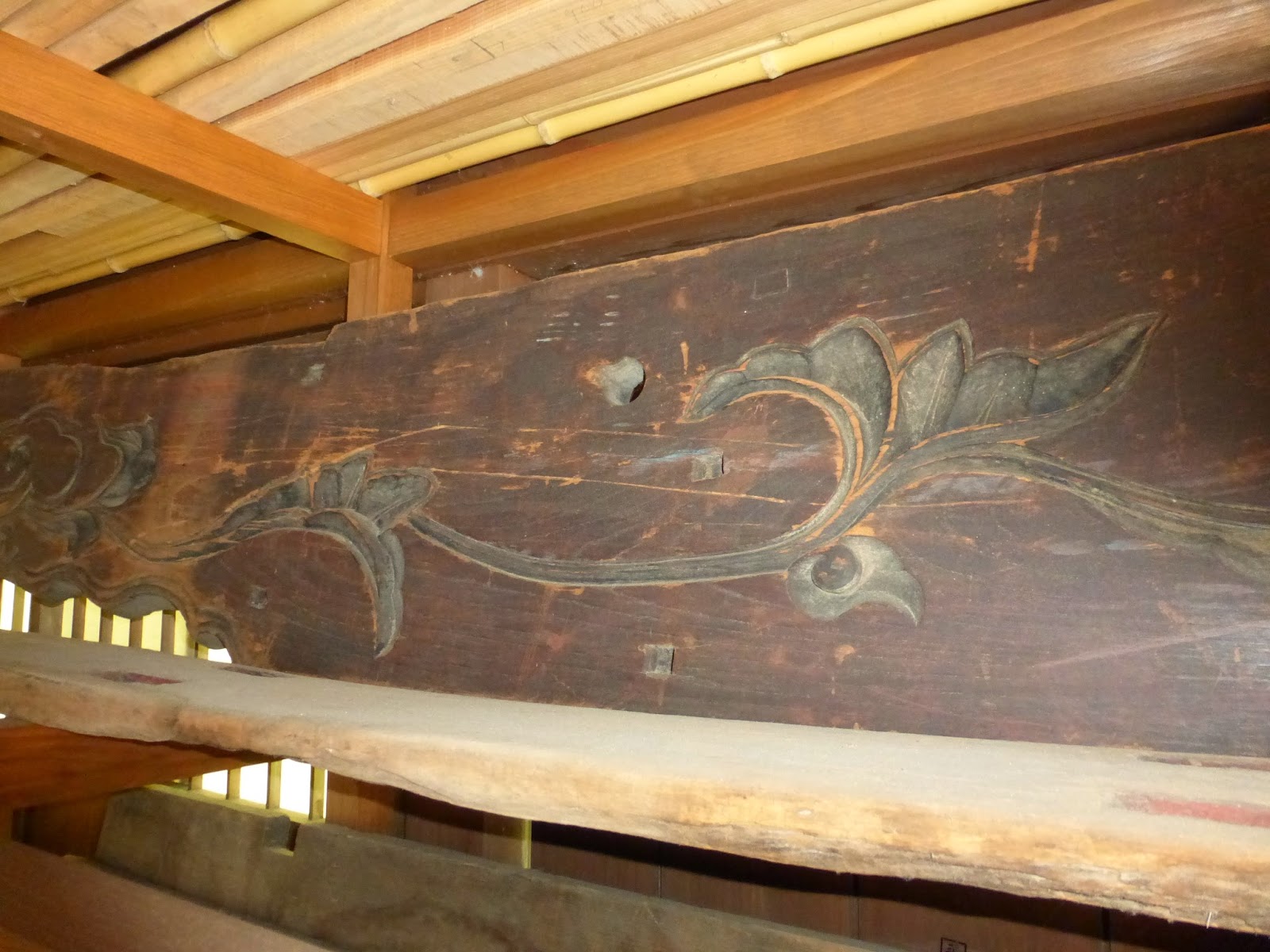 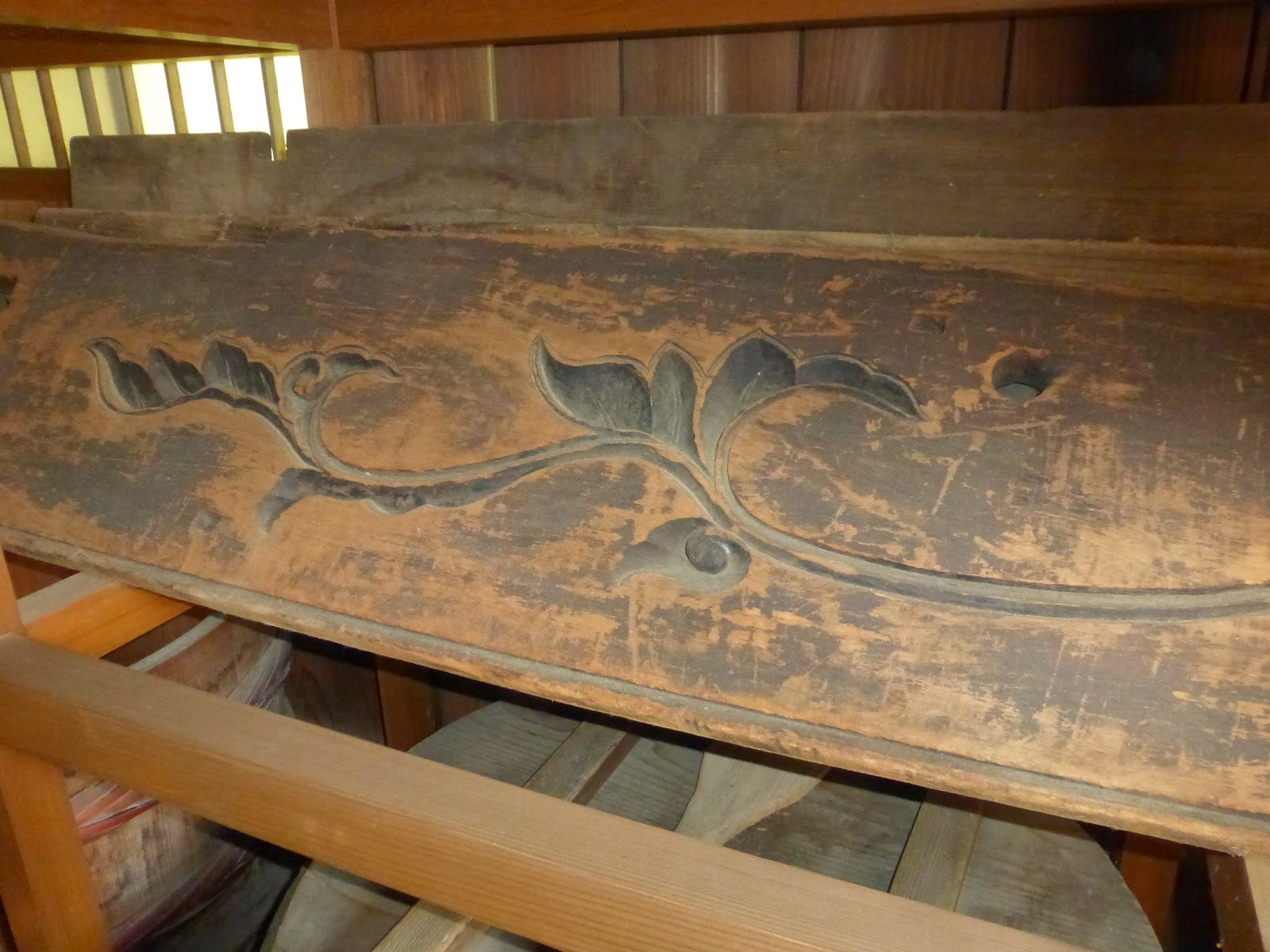 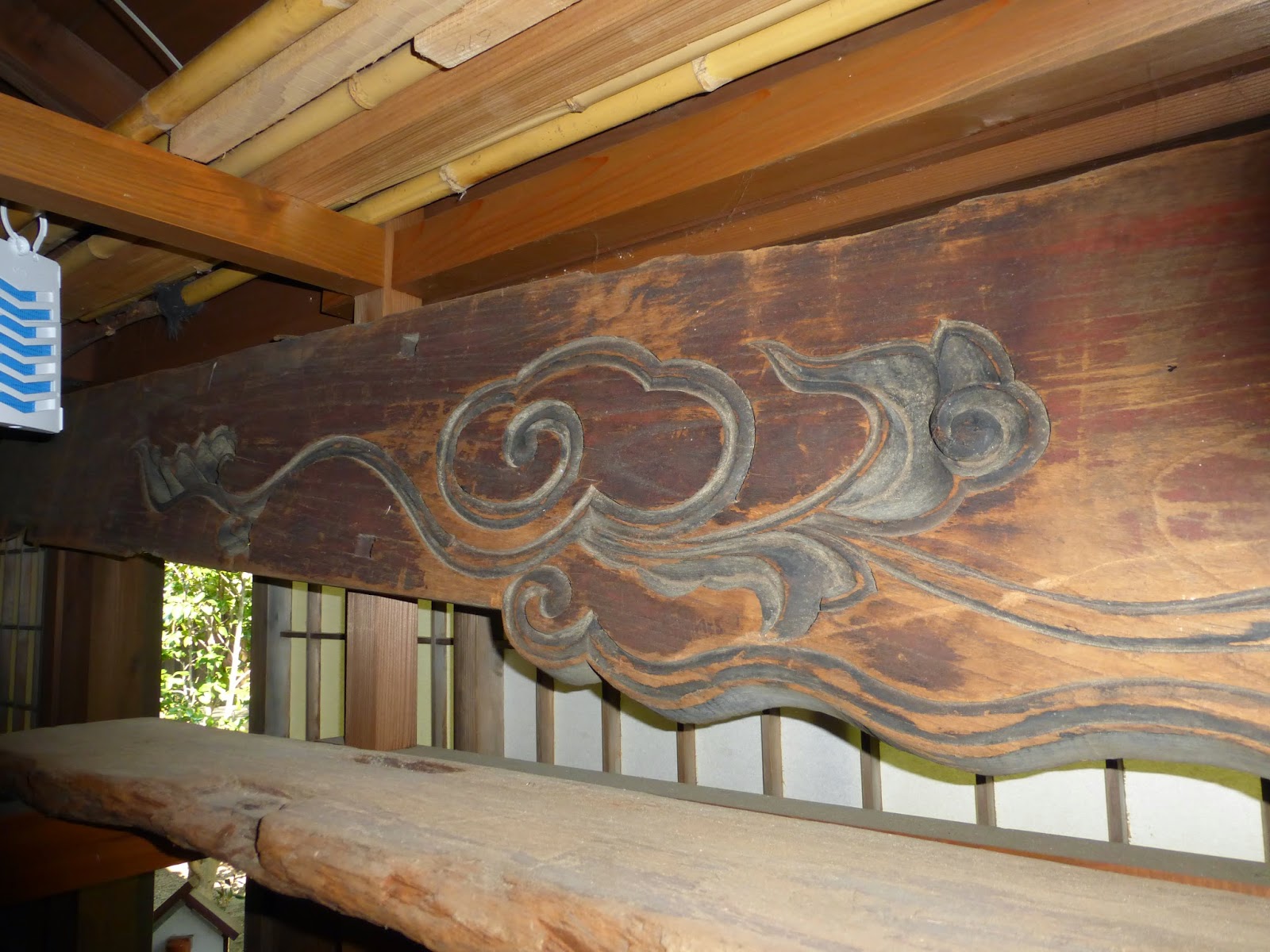 This is the back of Kyu Abumiya.  I am not sure where the boards in the kura porch came from, whether from the house itself or off the ends of the kura.  The model of the house and kura shows a traditional style of roof weighted down with stones. 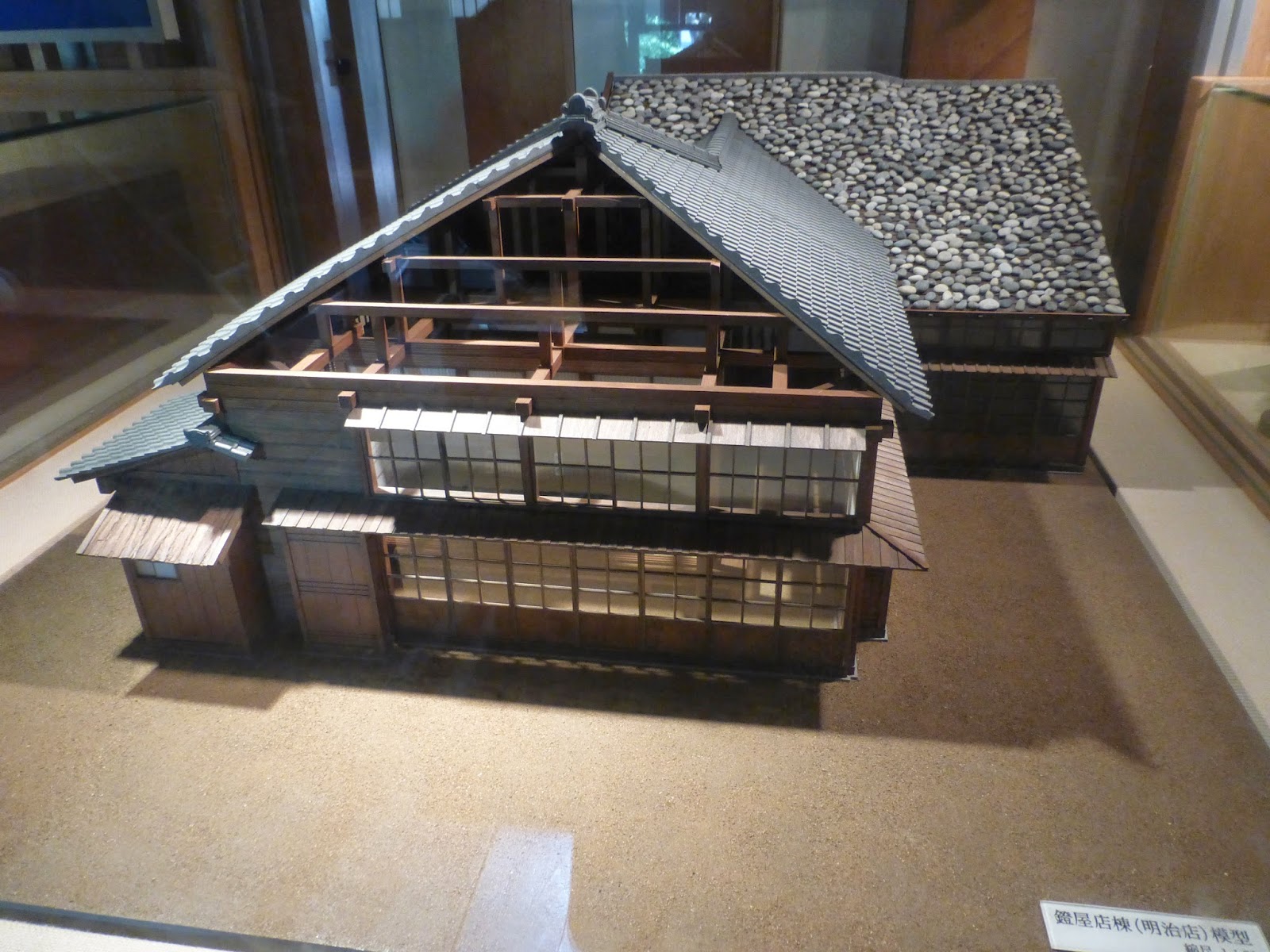 Other ideas have come from temple architecture.  The gate at the shrine at Mount Iwaki has some beautiful carving, again mainly on a theme of water. 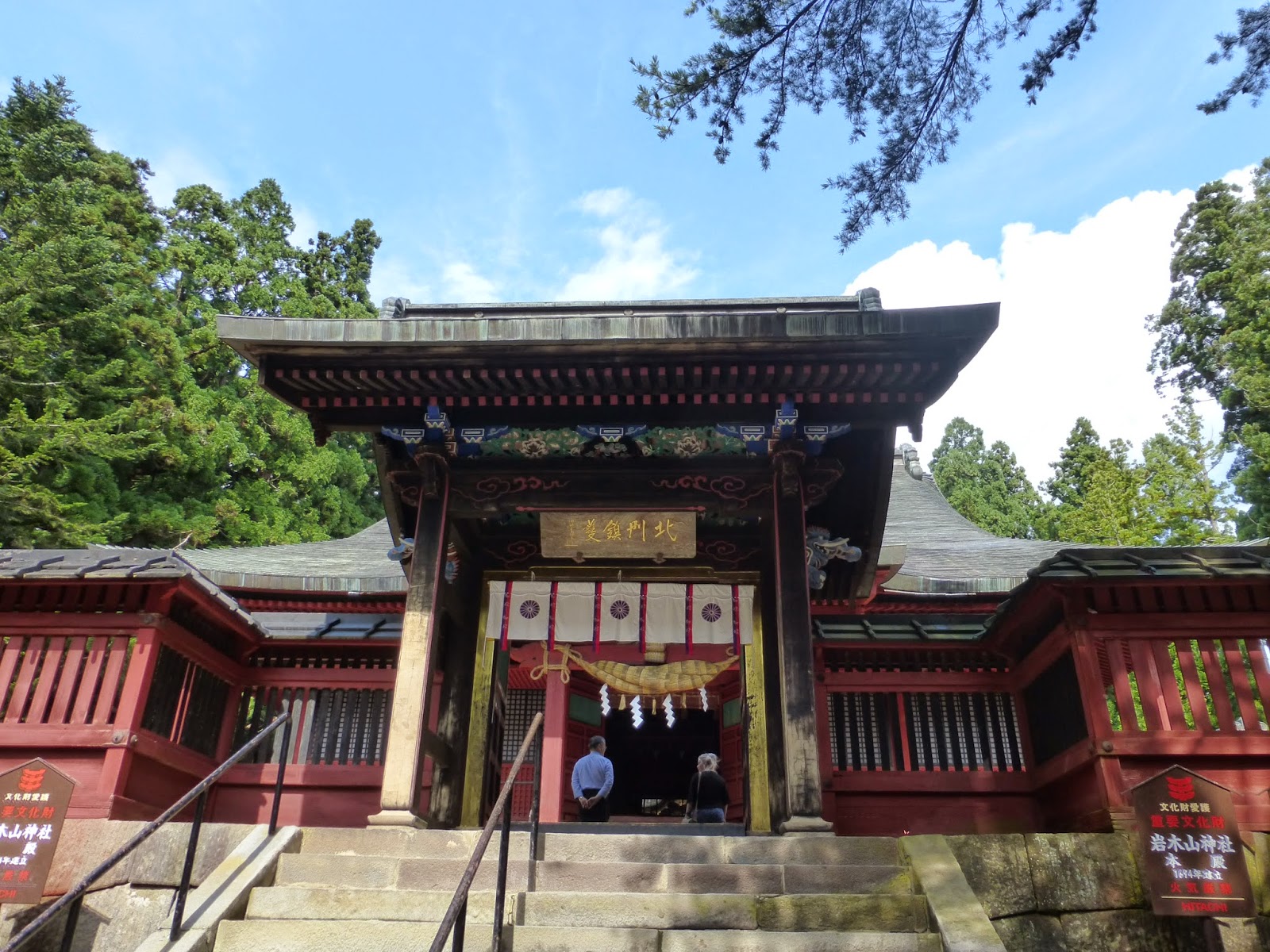 I liked this leafy detail, but I think it might be a bit tricky to do as a cut out.  Or maybe not, if the circles could be drilled straight through? 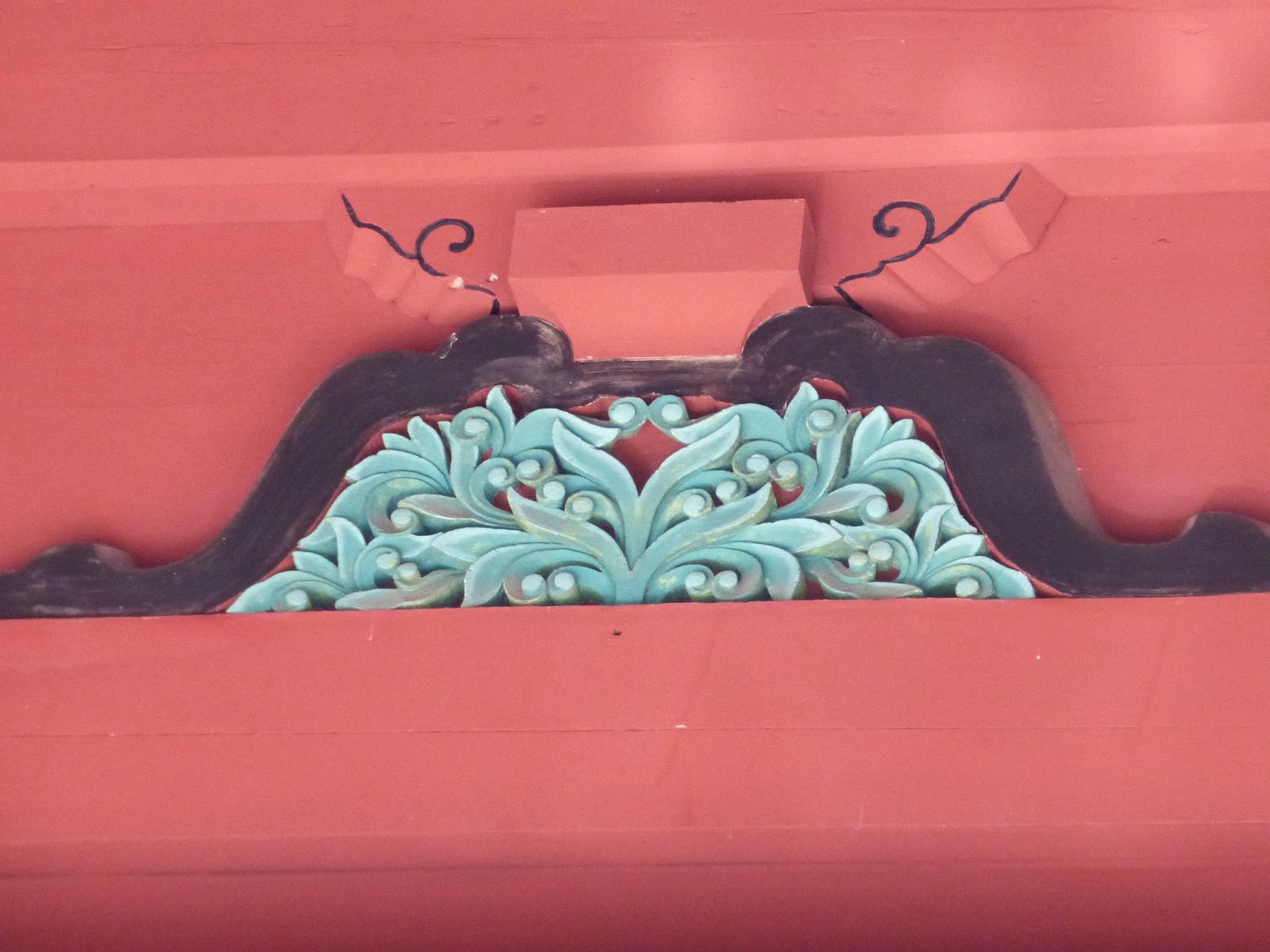 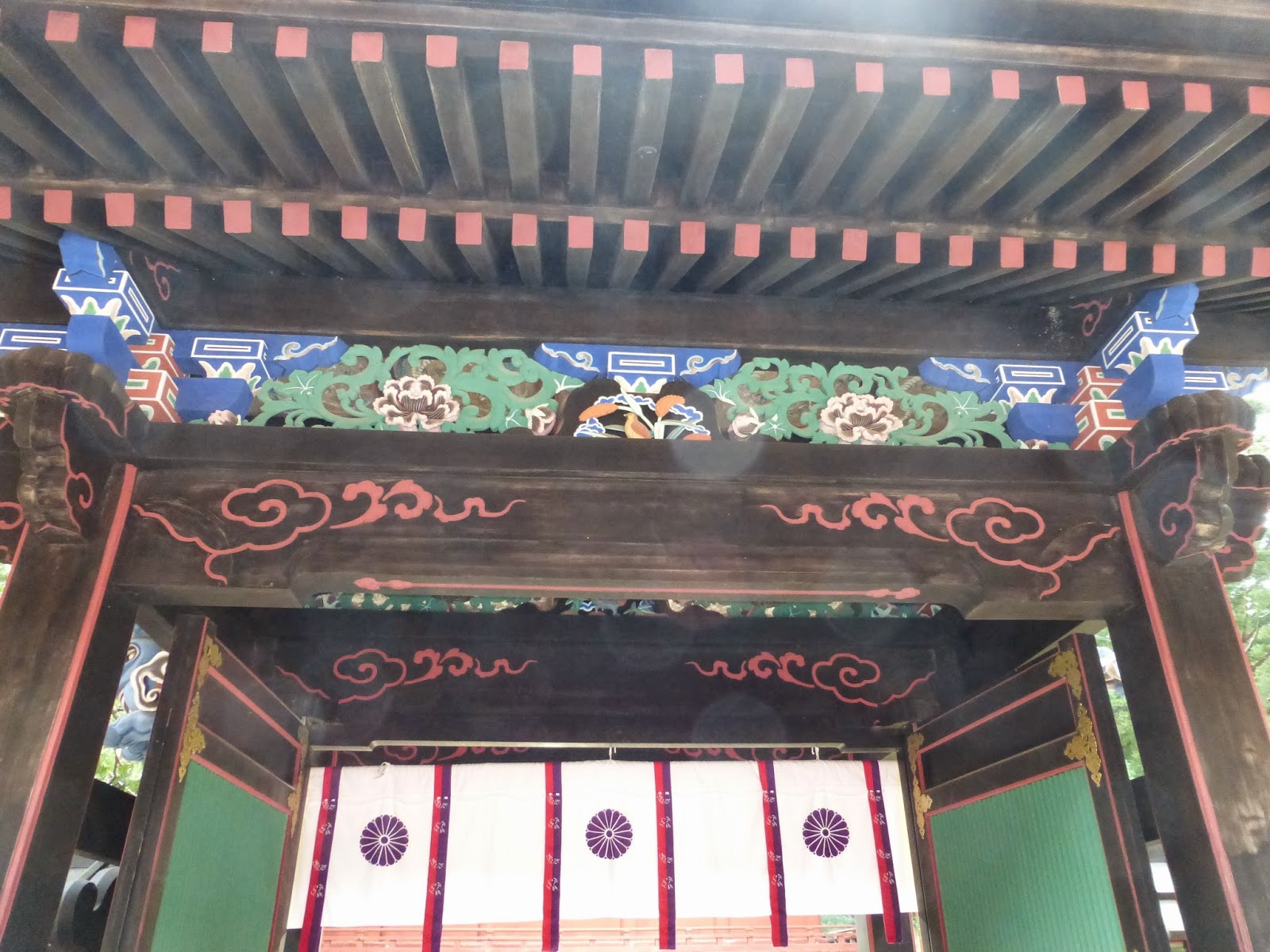 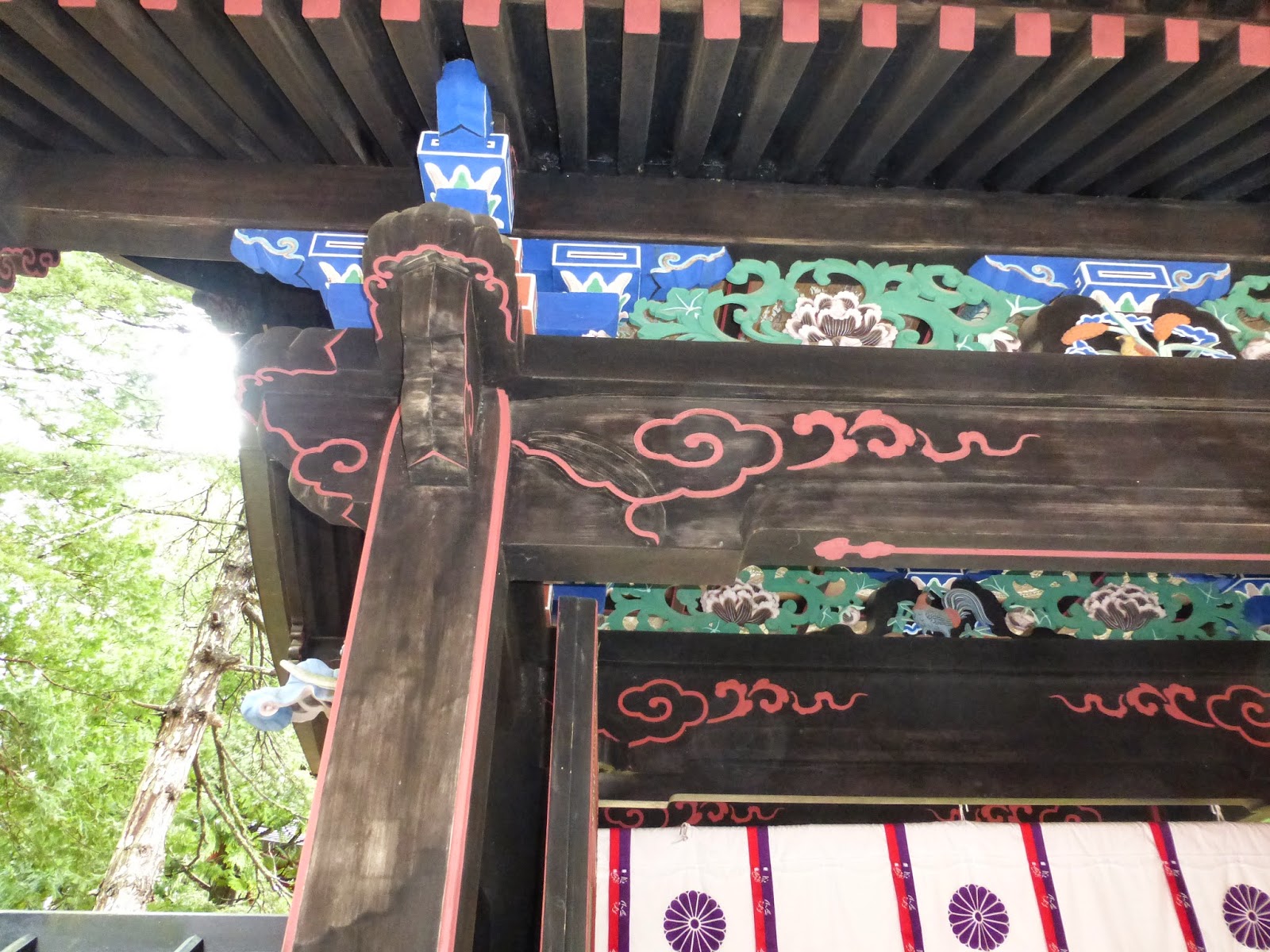 We won't have these rather magnificent elephants on the ends! 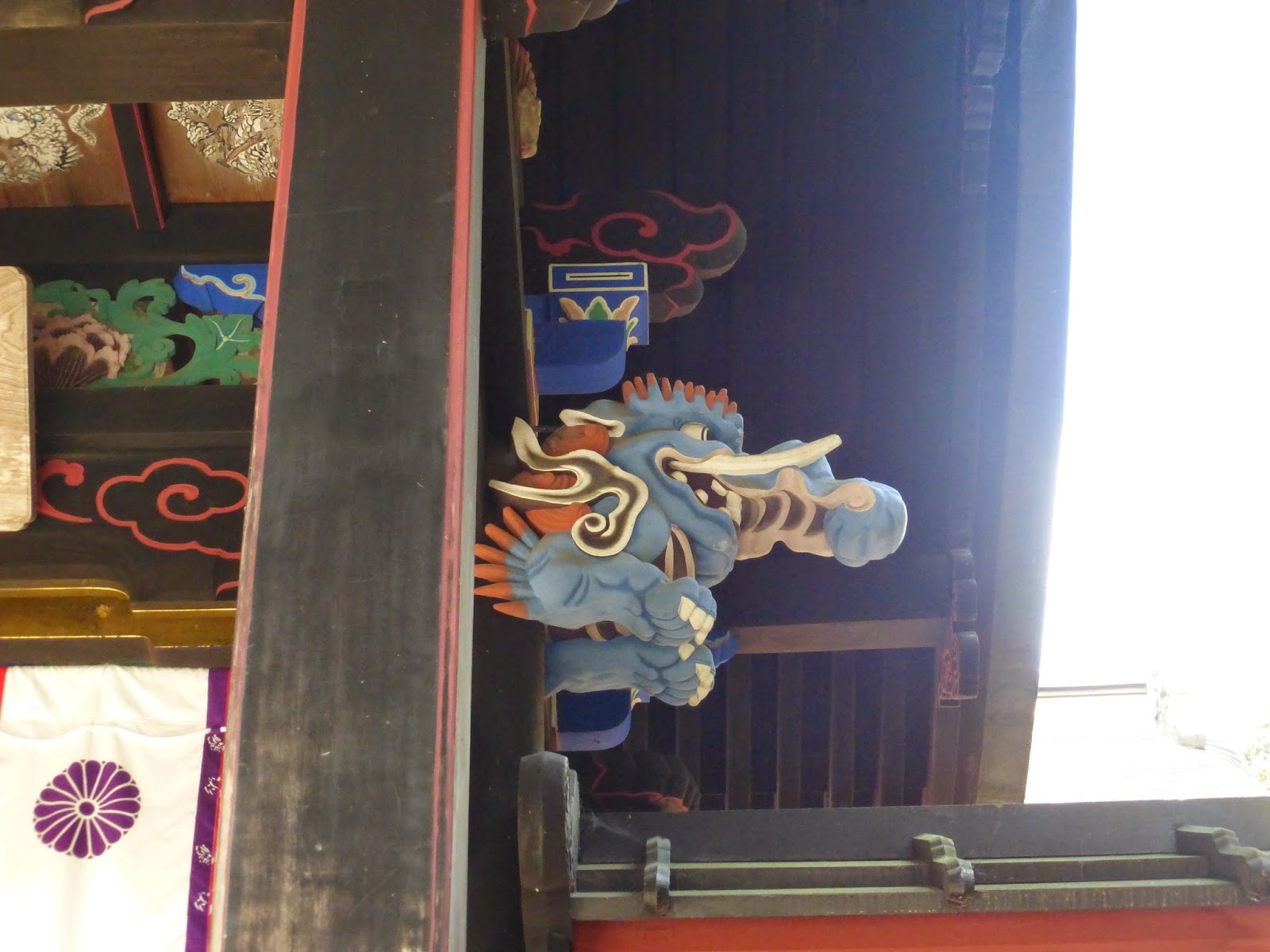 We will do something similar to the central section under the eaves on the gatehouse at Hirosaki castle, as we need something to hide the join at the top of the bargeboards.  This could work out quite well. 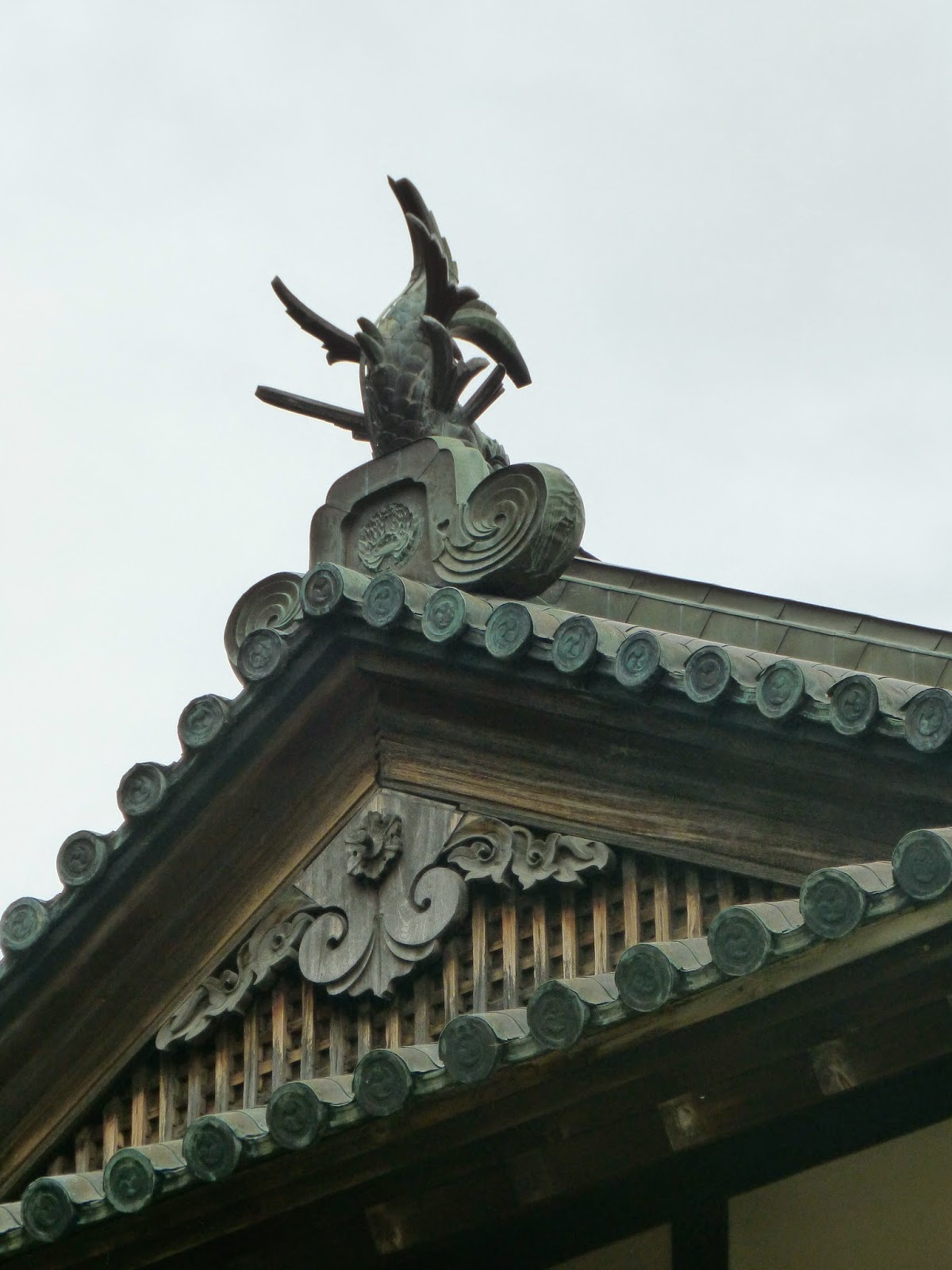 I took a lot of photos of roofs and gables on my last few trips, so I would have plenty of reference material for this.  The following roofs are on the gates at the Honma Honya (the former official residence of the Honma family) in Sakata city, which dates from the eighteenth century. 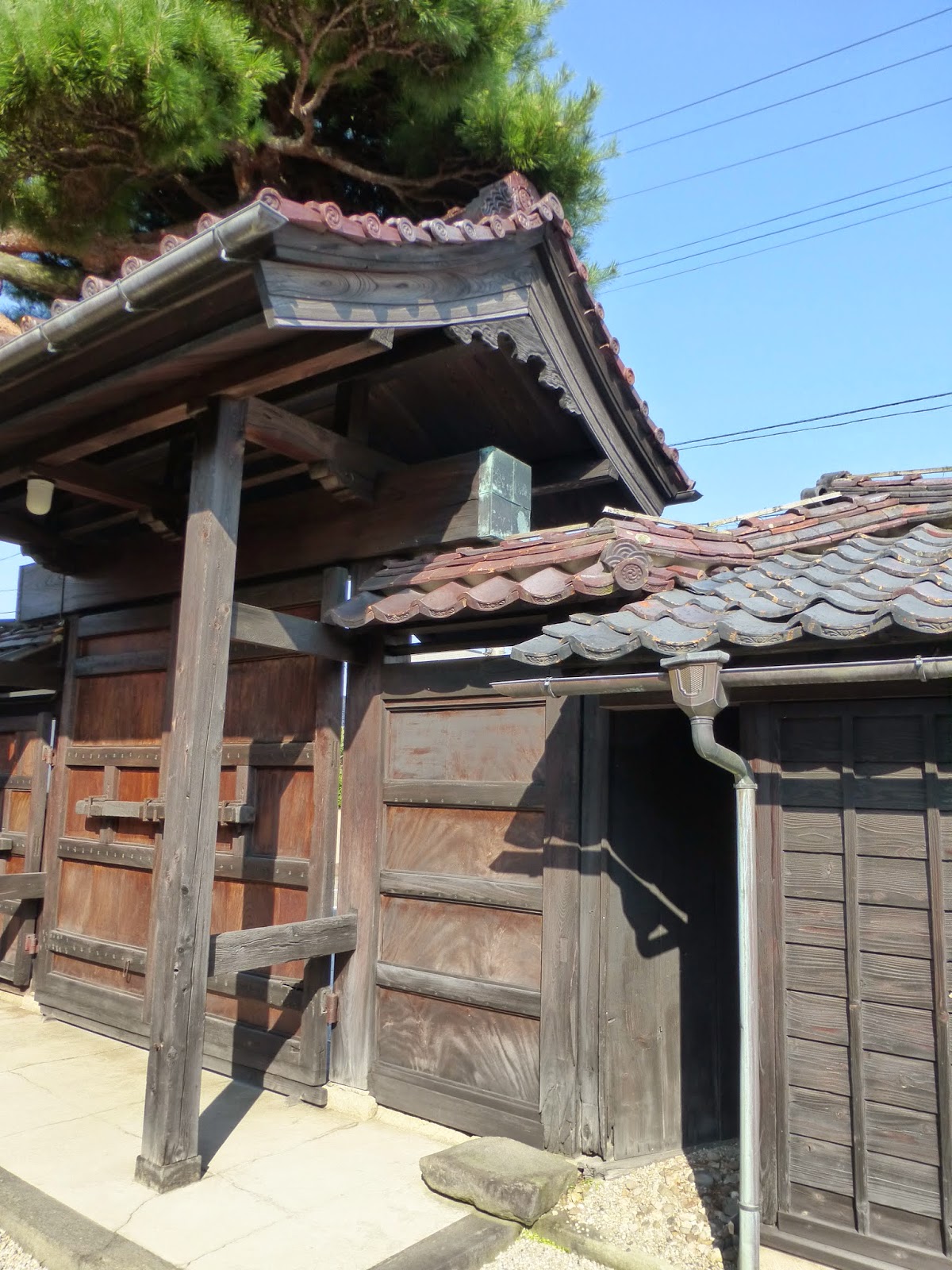 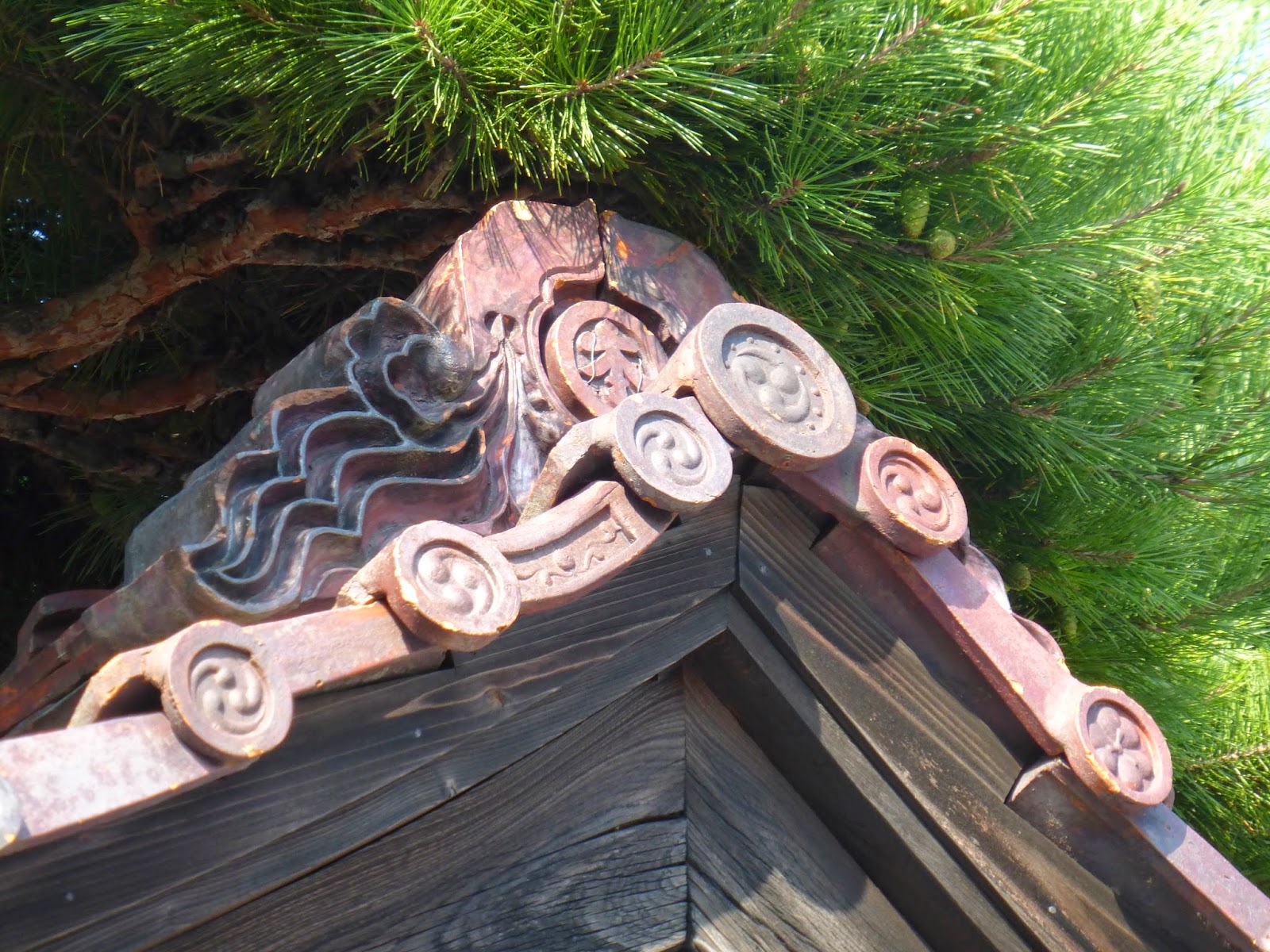 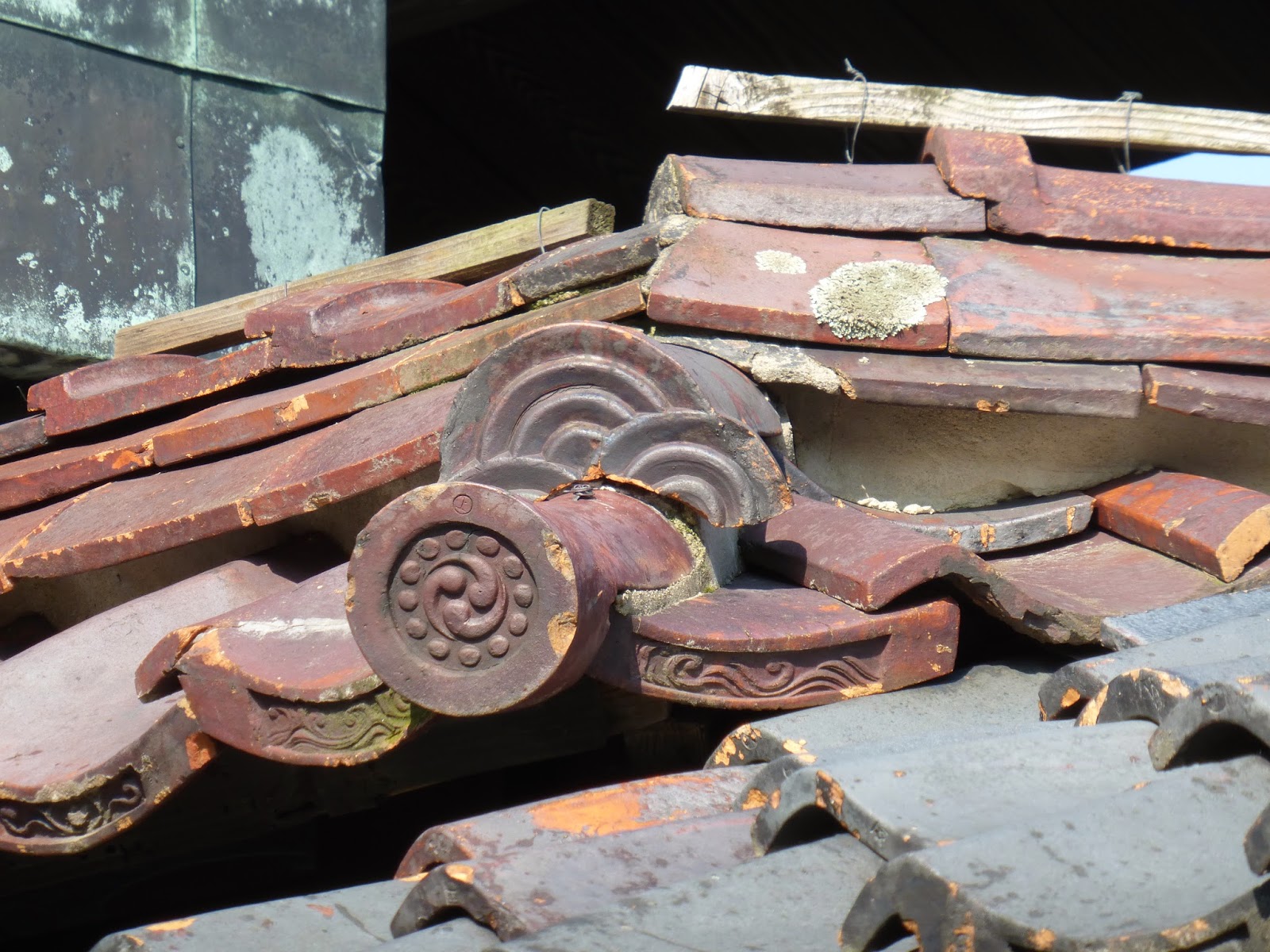 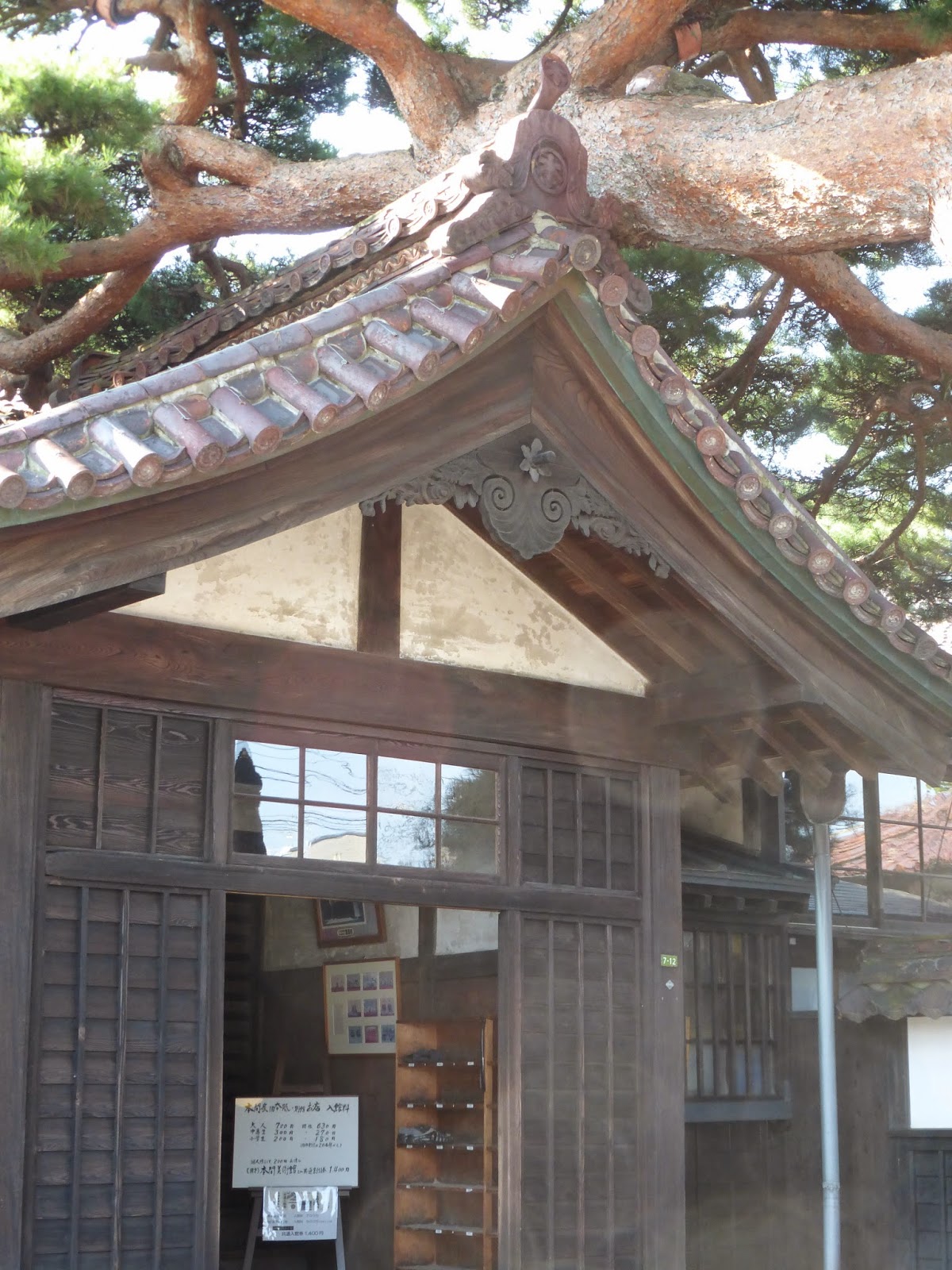 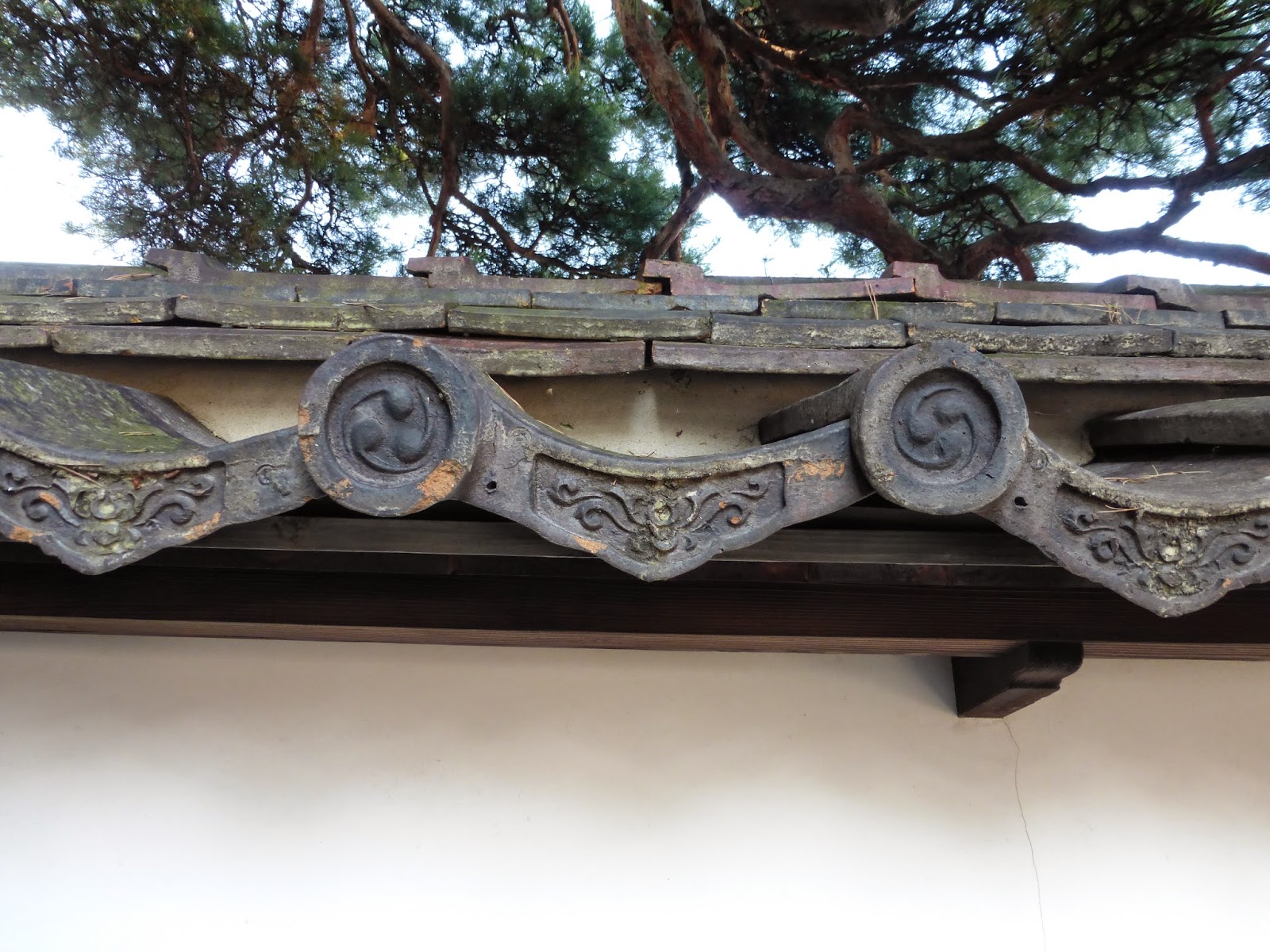 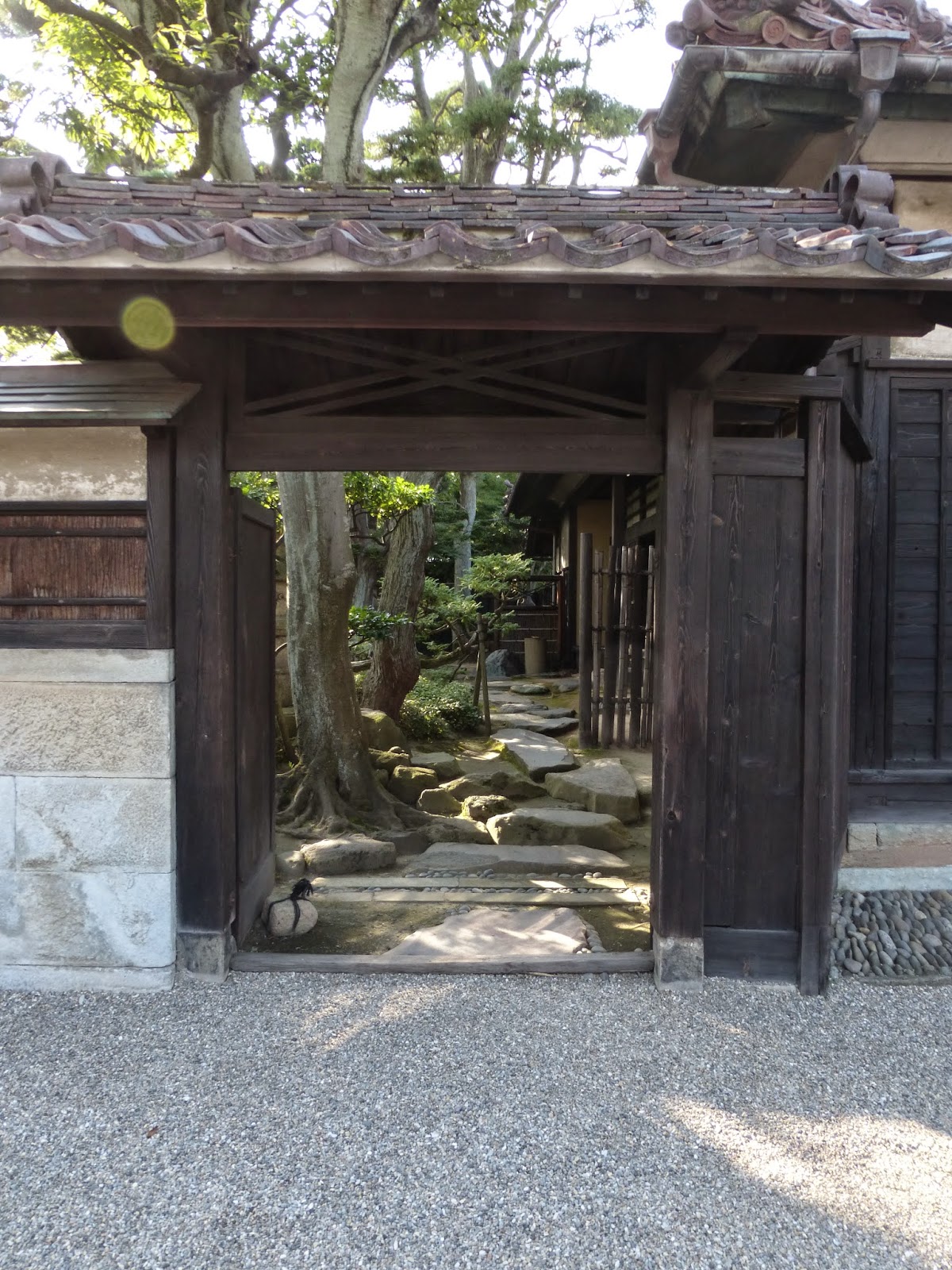 The research on the "summerhouse" is far more involved that one would think. I wonder if the summer house in years to come will be worth more than "the house". I admire the detail and work you both put into this project.